A fight broke out between rival fans in the stands of the Tele2 Arena after Hammarby’s 1-0 defeat to AIK on Sunday.

Shortly after the final whistle, a group of Hammarby fans made their way to the away end and clashed with their AIK counterparts.

The two sets of supporters could be seen throwing punches at each other while security staff tried to keep them apart.

Cops showed up at the end of the brawl and used pepper spray. Several fans were arrested. 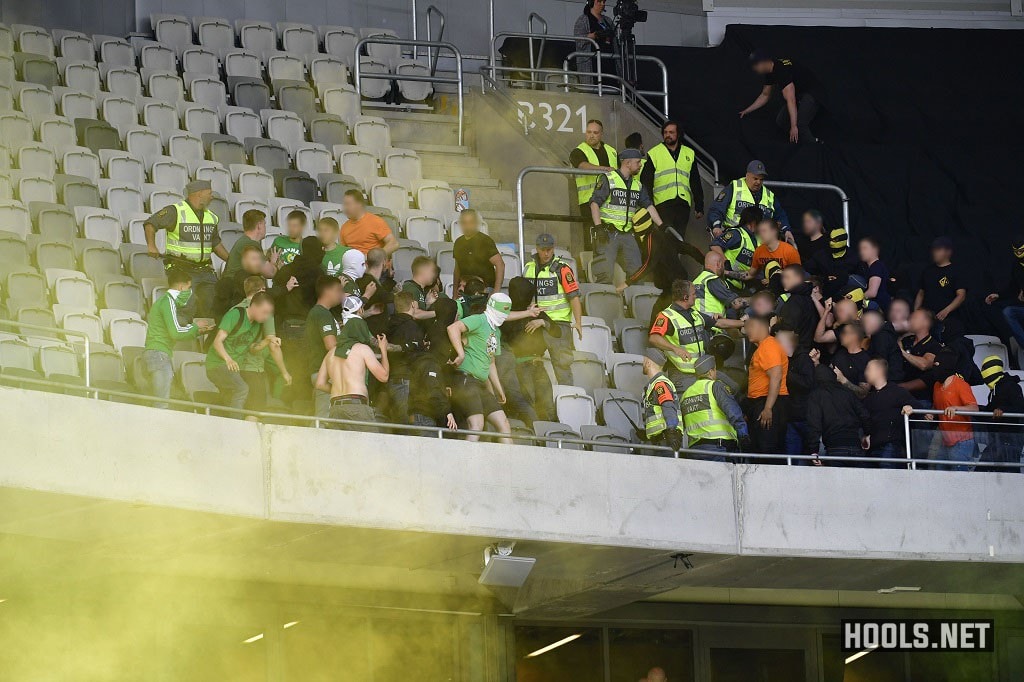 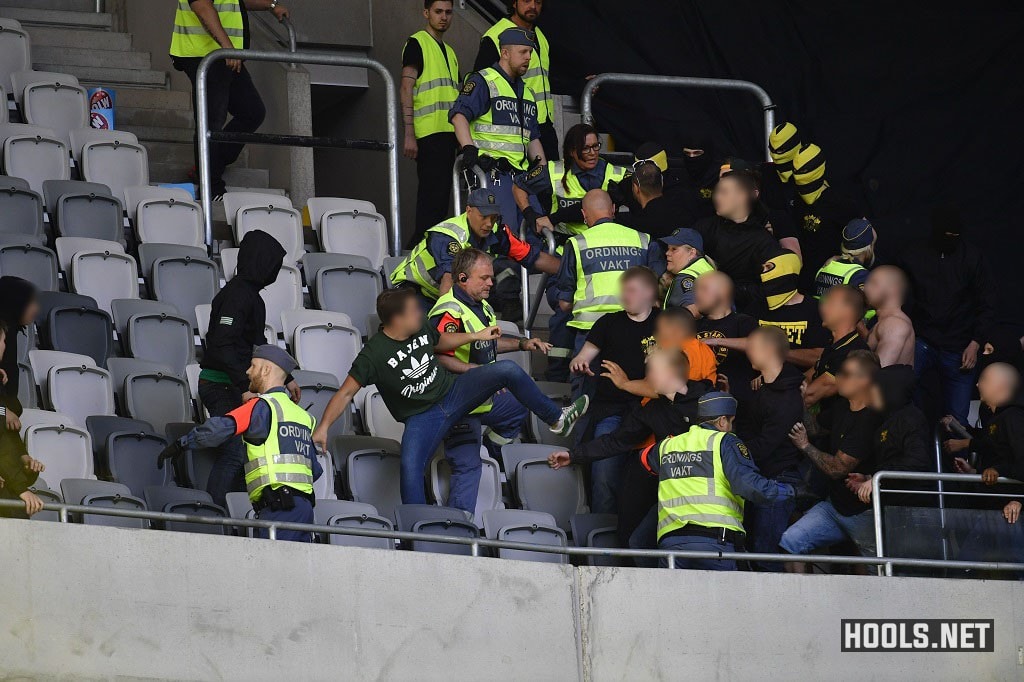 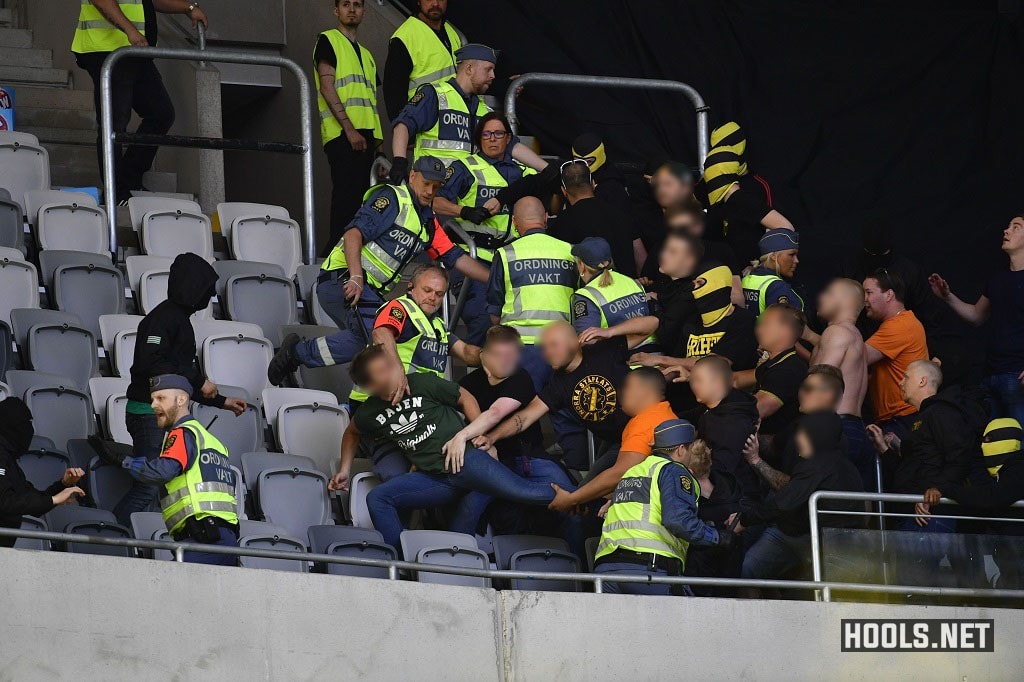 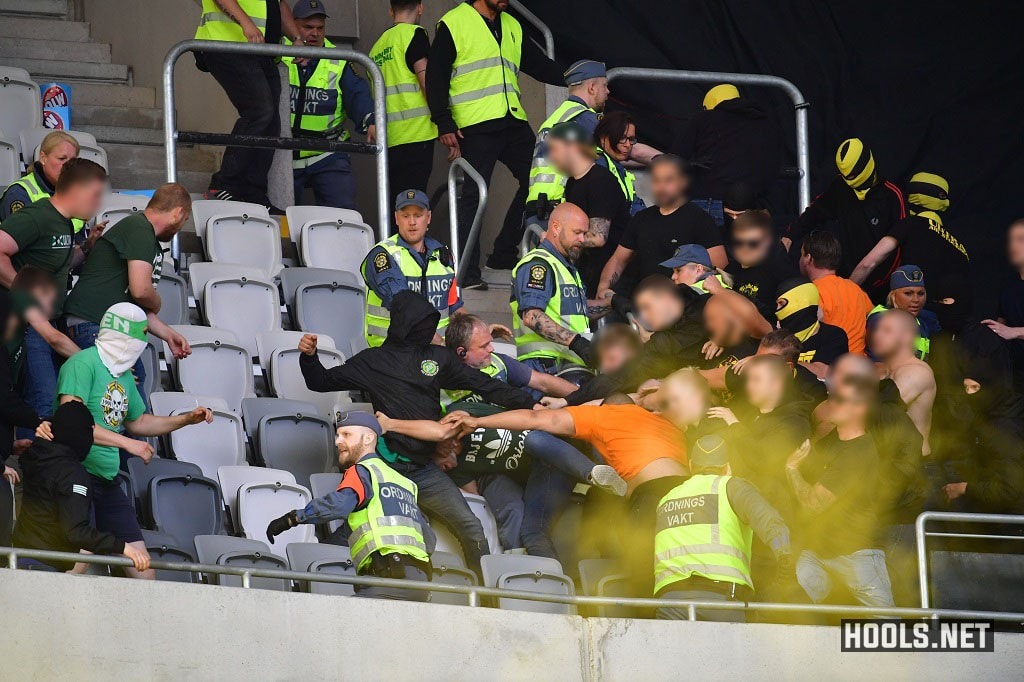 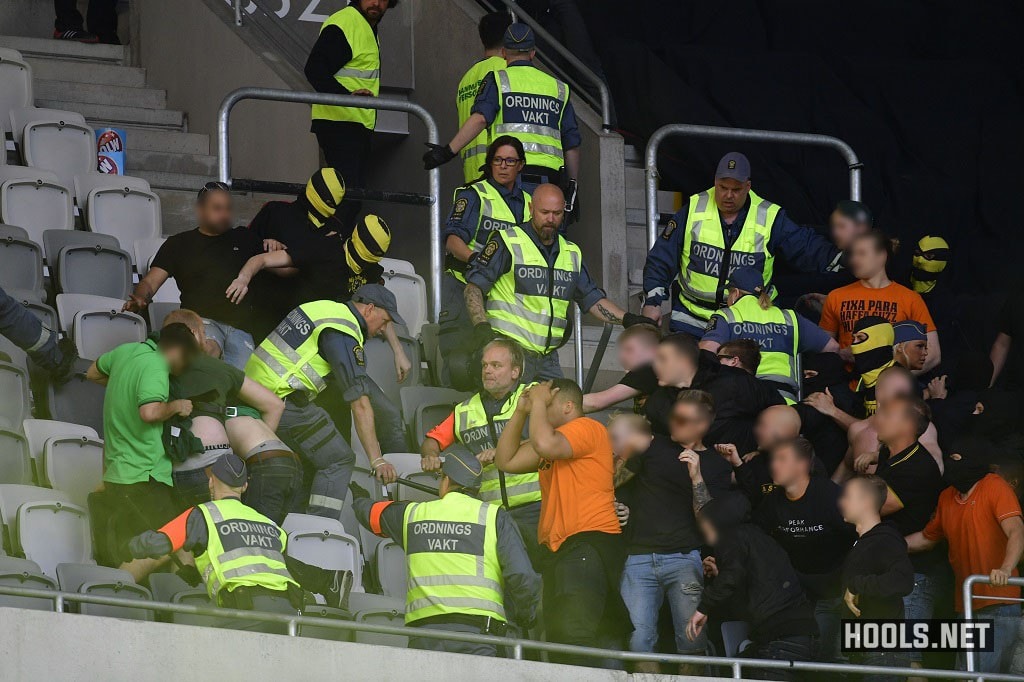 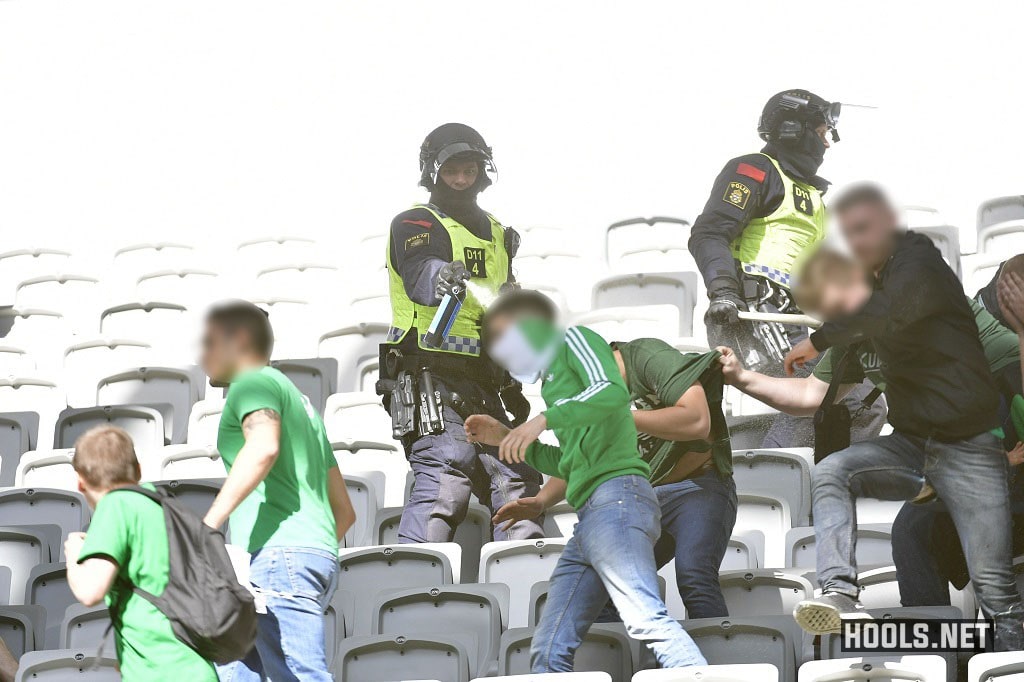 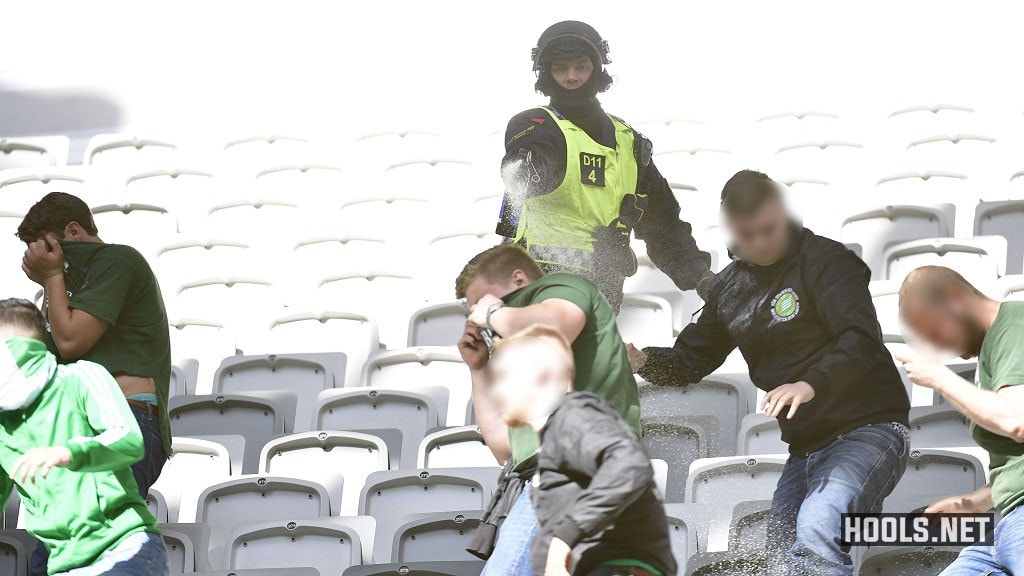 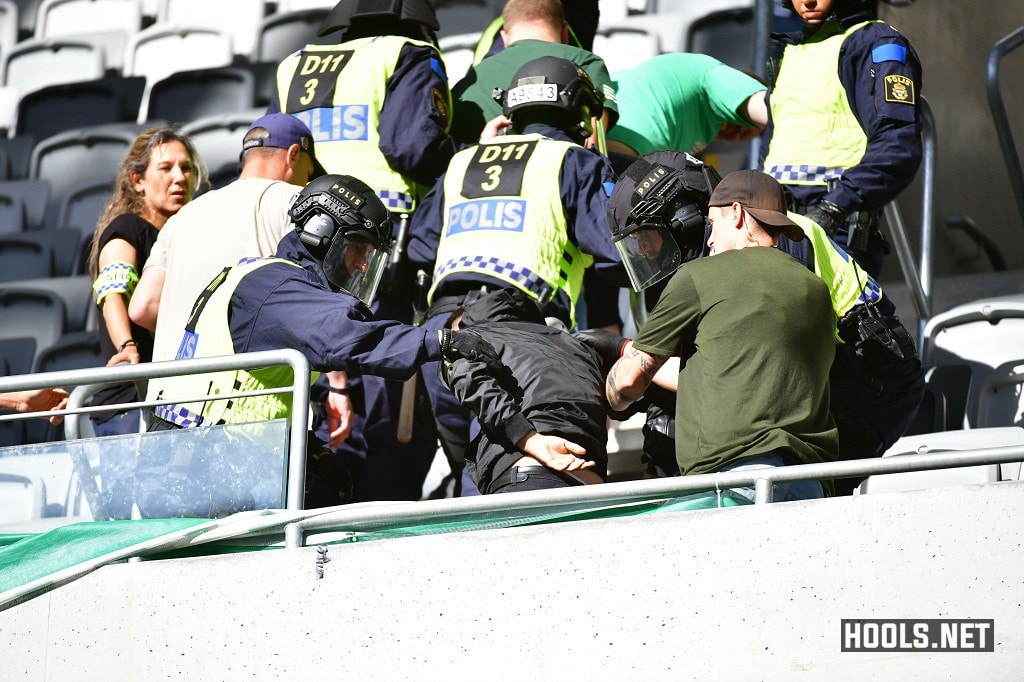 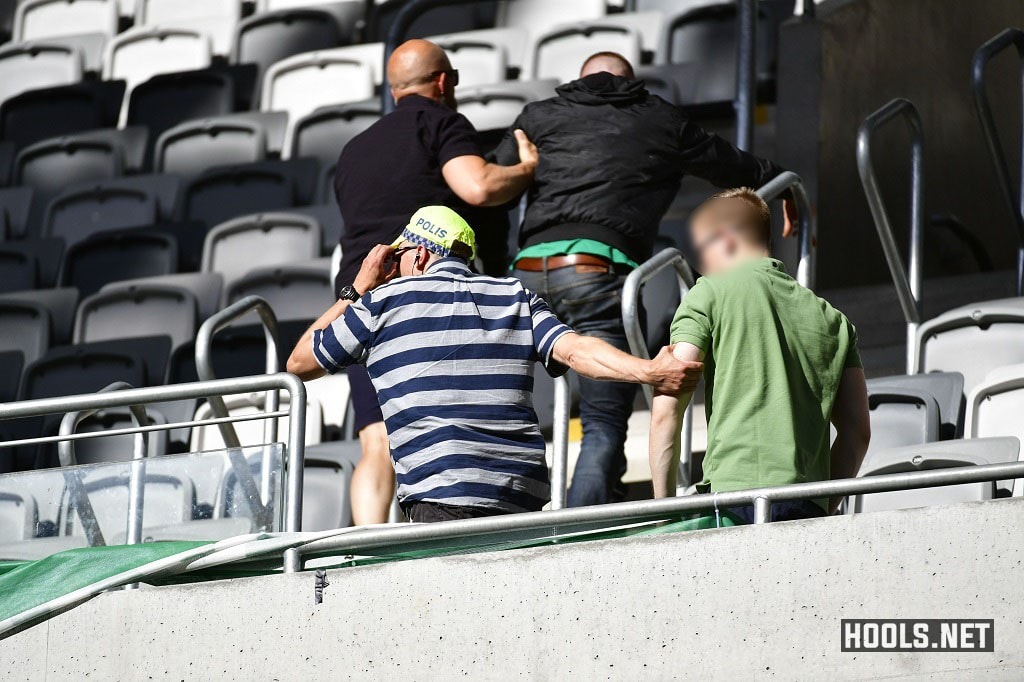