Lens fans stormed the pitch to confront Lille supporters at half-time of their Ligue 1 derby clash at the Bollaert-Delelis Stadium on Saturday.

After the first half ended, a large group of Lens fans invaded the pitch and ran to the away end where they tried to confront their Lille rivals. Riot police and stewards quickly intervened and calmed the situation down.

The pitch invasion was sparked by the actions of Lille fans in the away end, who were earlier seen climbing on a fence separating them from home fans and throwing objects over the barrier.

The start of the second half was delayed by about 30 minutes. 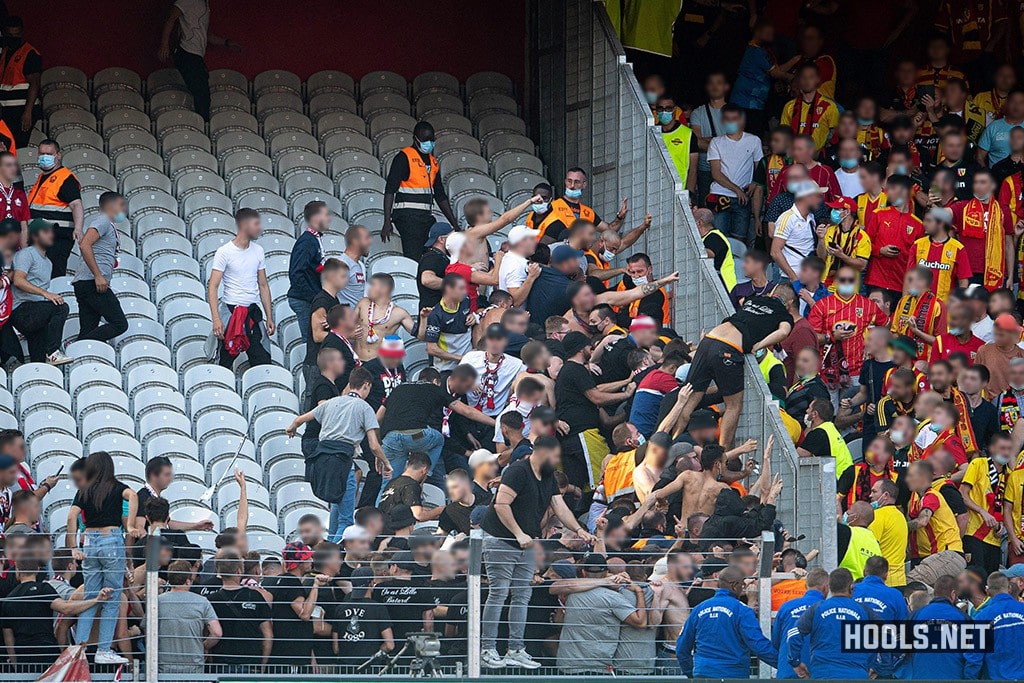 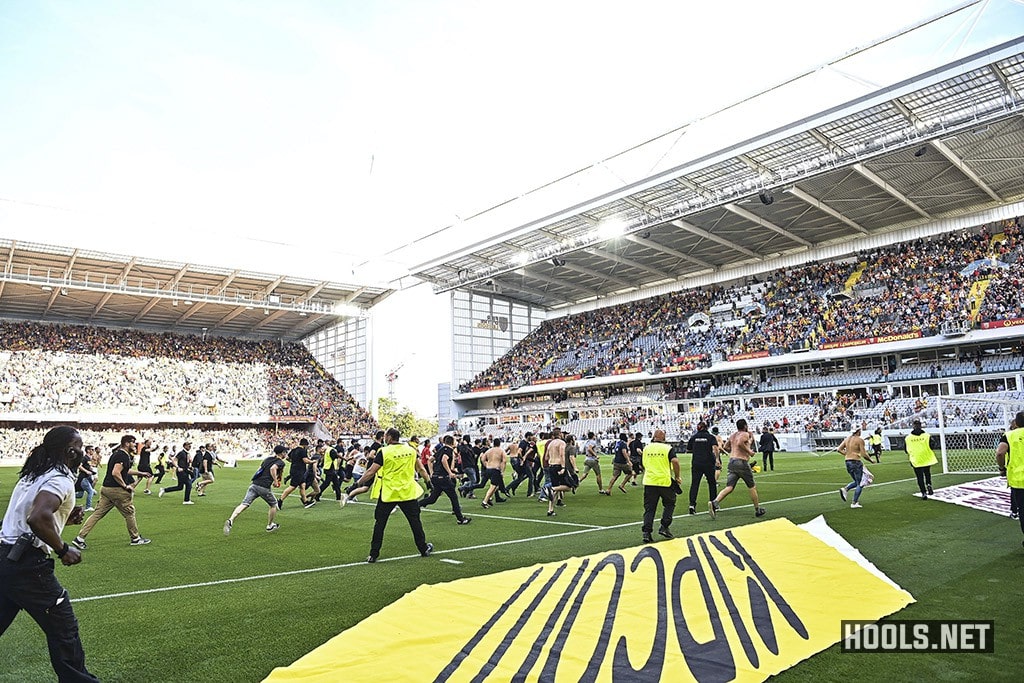 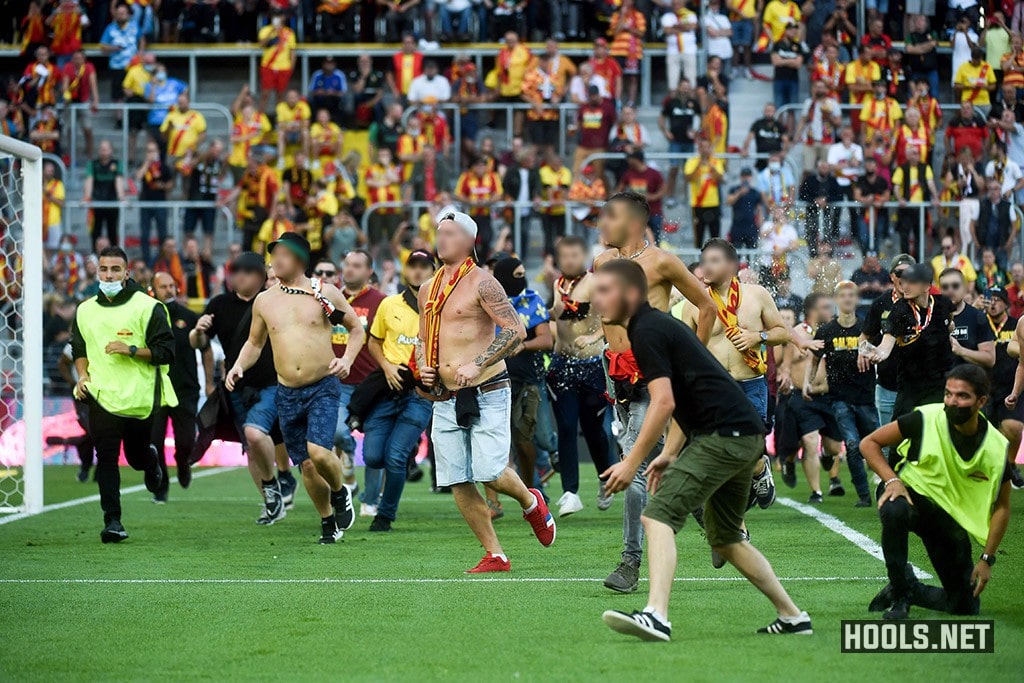 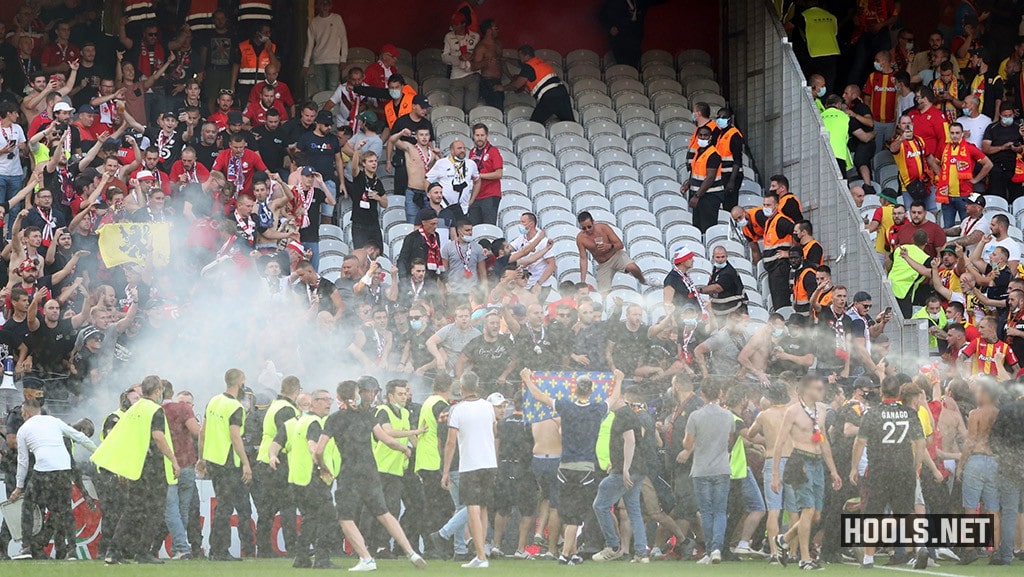 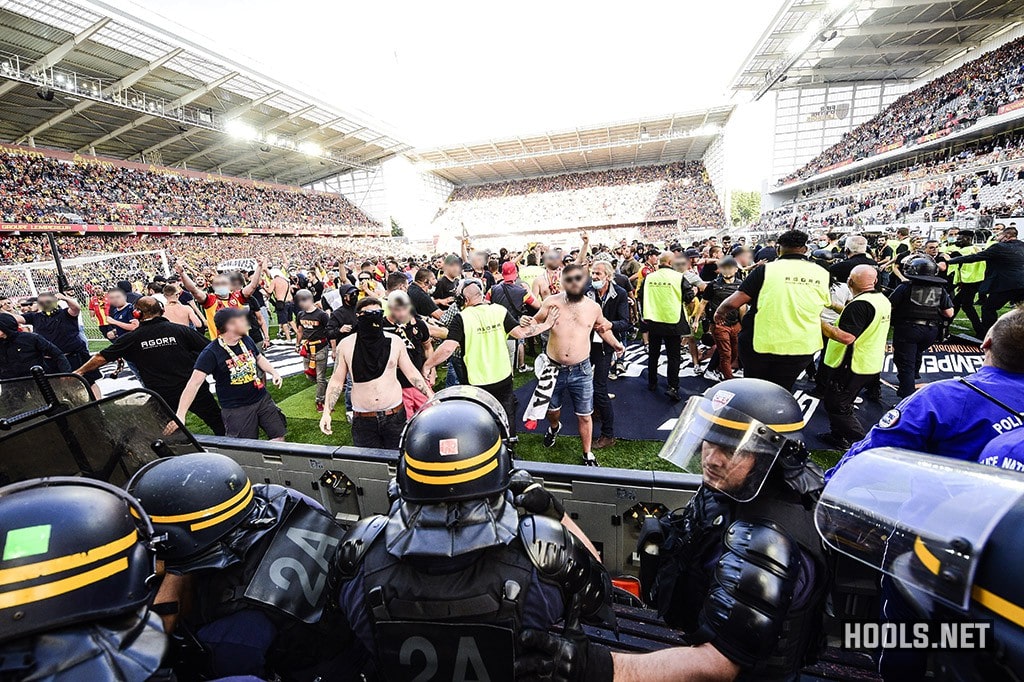 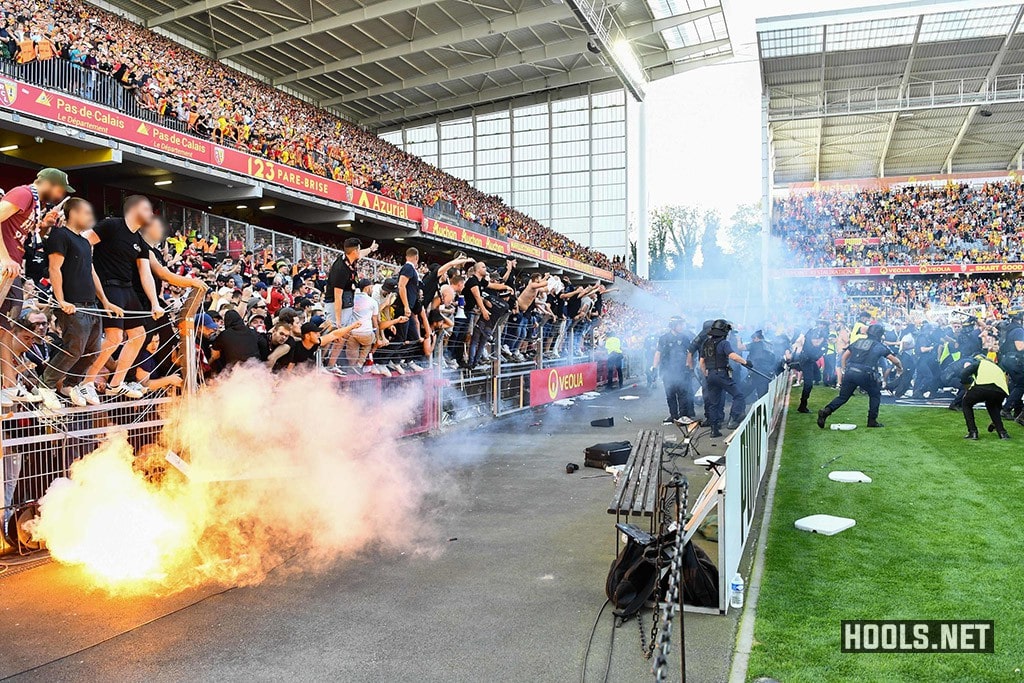 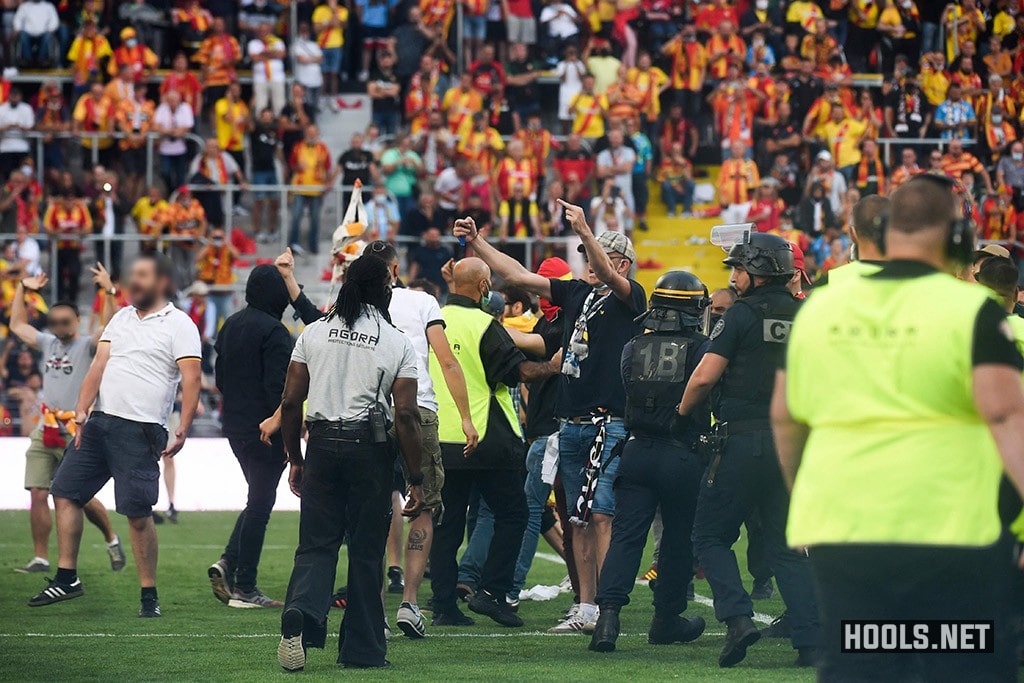 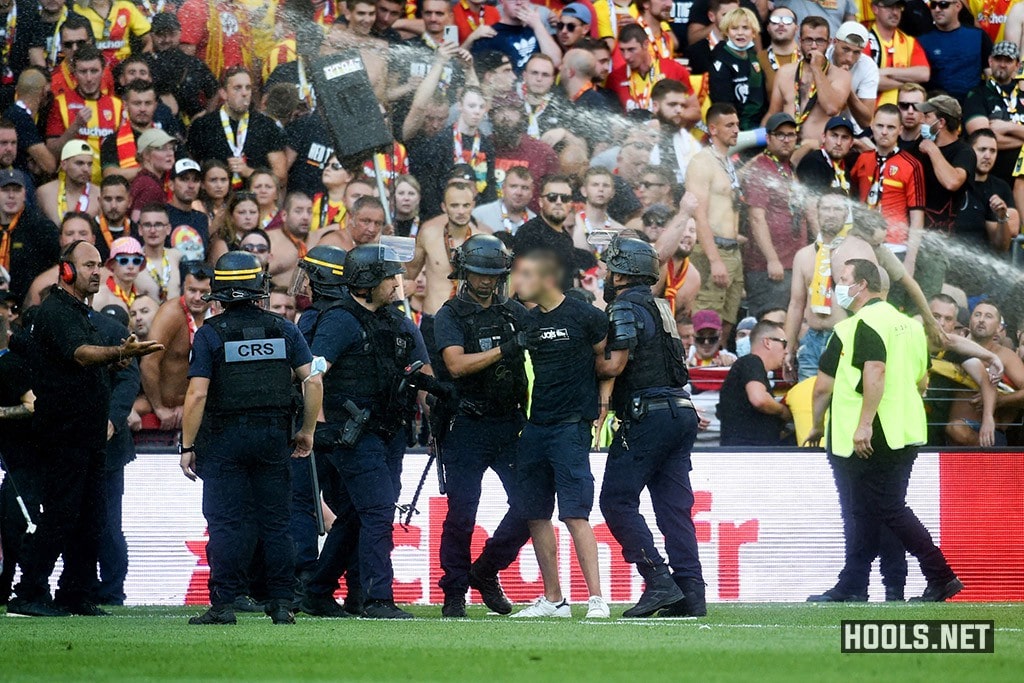 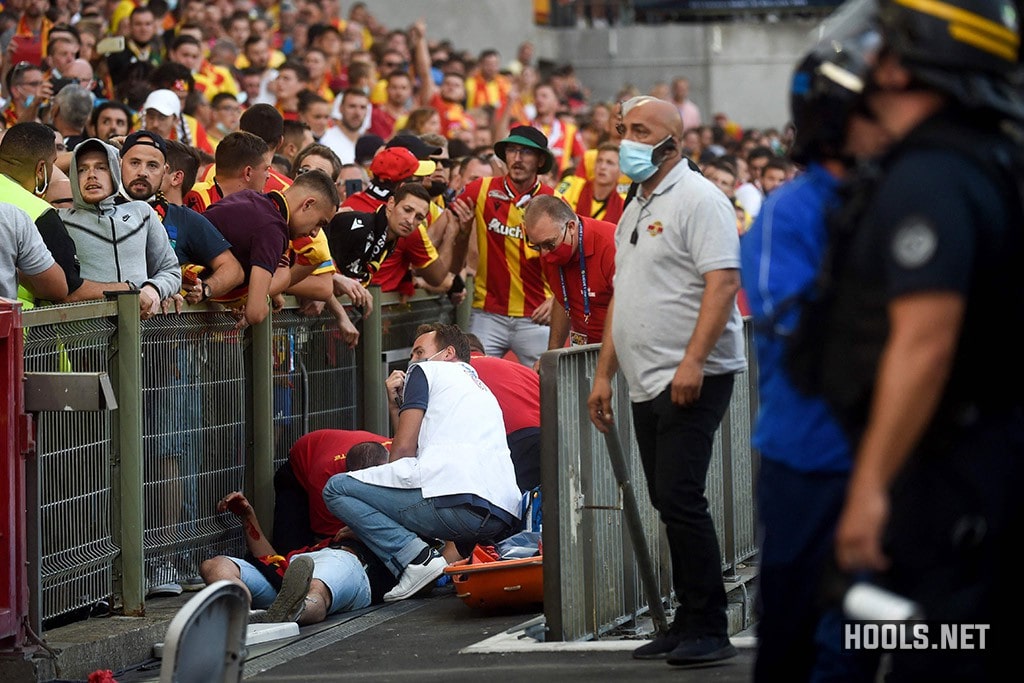 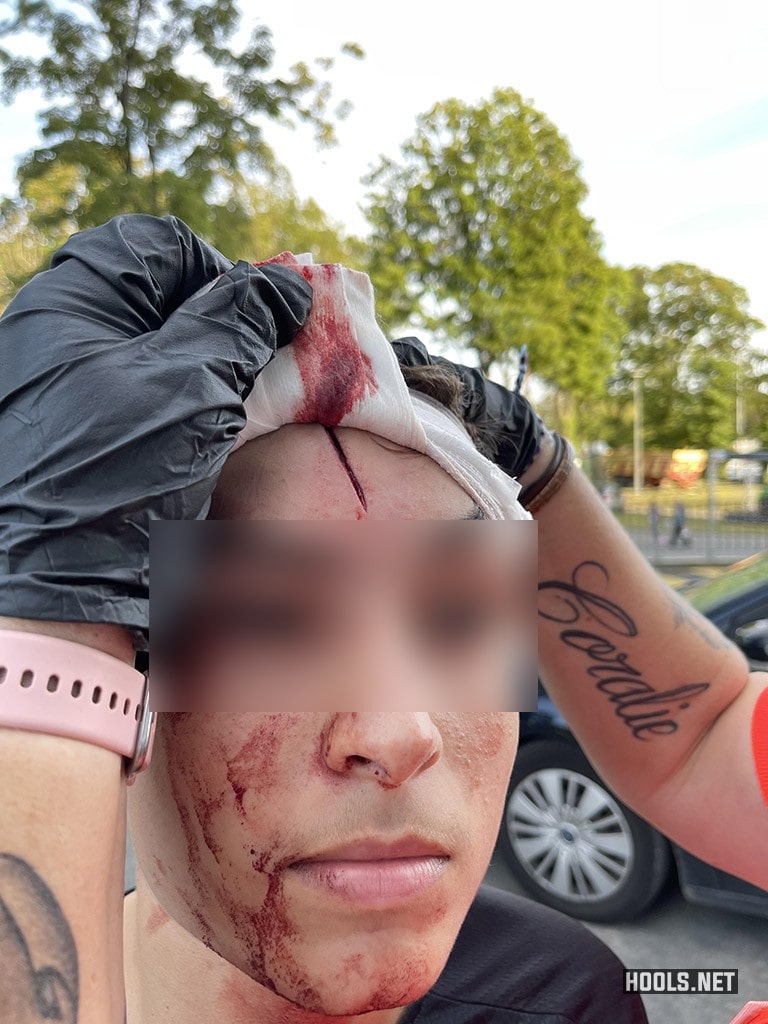