Marseille fans attacked the club’s training centre hours before their Ligue 1 match against Rennes on Saturday.

Hundreds of Marseille fans, angry at the team’s poor performances and demanding the resignation of club president Jacques-Henri Eyraud, tried to force their way into the Robert Louis-Dreyfus Centre, with a small group managing to get in.

In the video below, fans can be seen bombarding the complex with flares, firecrackers and smoke bombs.

Marseille’s clash against Rennes at the Velodrome stadium was postponed as a result of the incident. 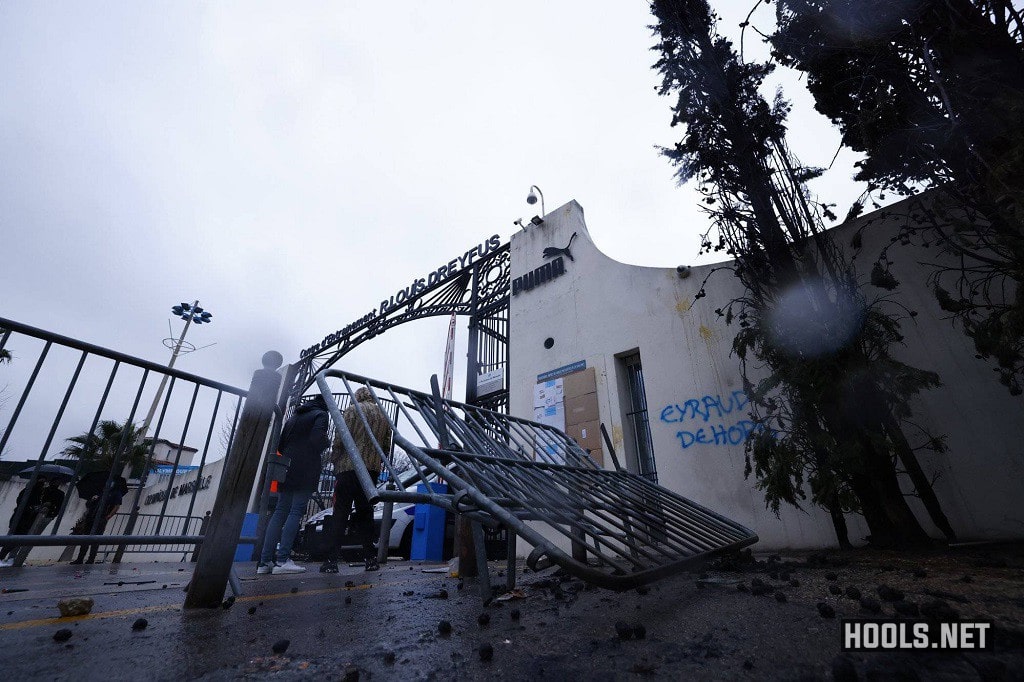