Saturday’s derby clash between Piast Gliwice and Gornik Zabrze was called off due of fan trouble.

About 20 minutes before the end of the match, Gornik Zabrze fans set fire to Piast Gliwice fans’ flags that had earlier been stolen – and Piast fans were furious. They started throwing objects onto the pitch and breaking the security fence separating them from the pitch. Several Piast fans also invaded the pitch and ran towards the away end to confront their rivals but were beaten back.

After a 40-minute delay, the referee decided to abandon the match.

Seven fans were arrested, according to local media reports. 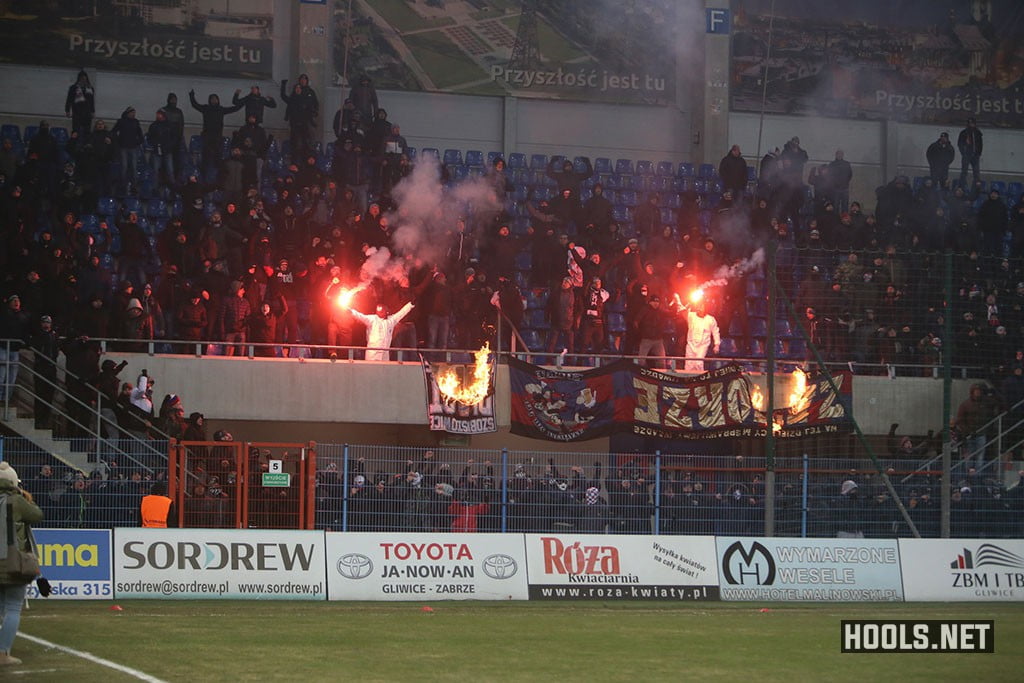 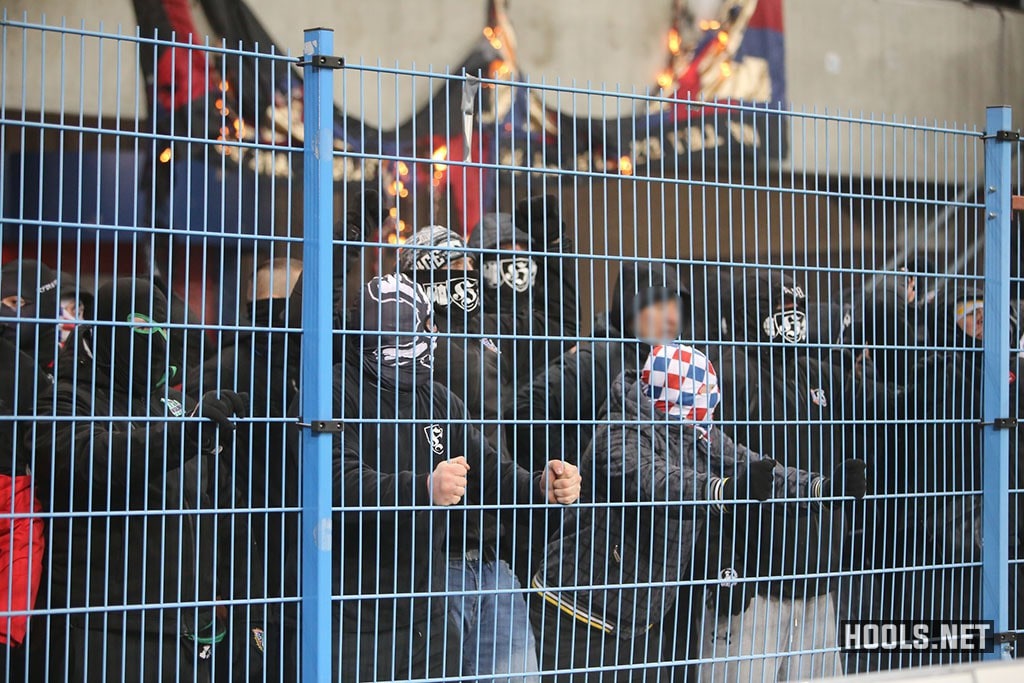 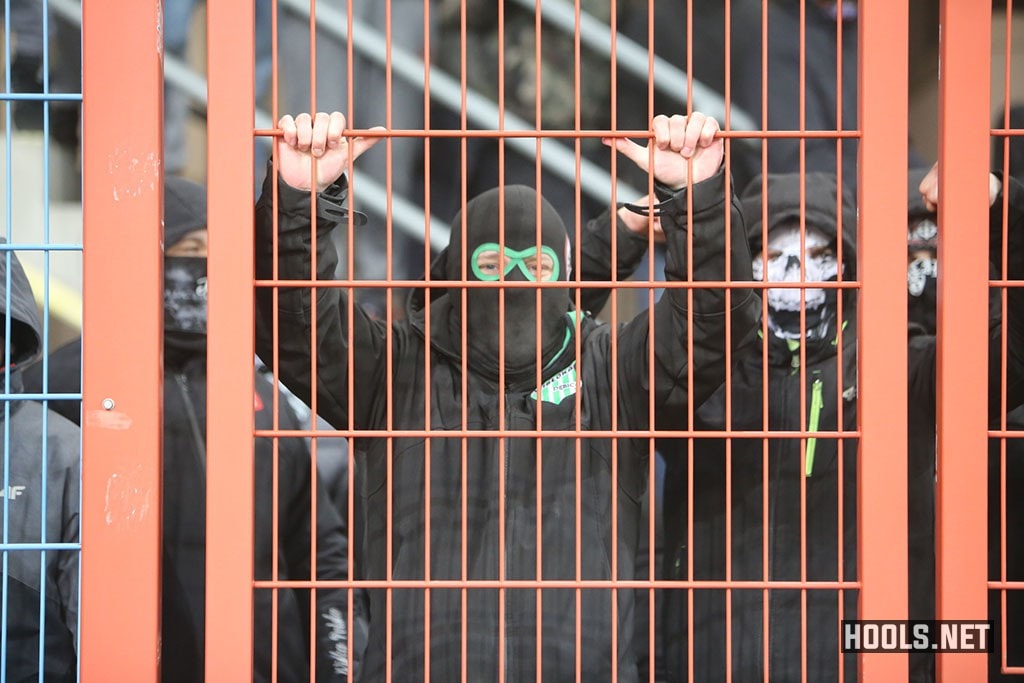 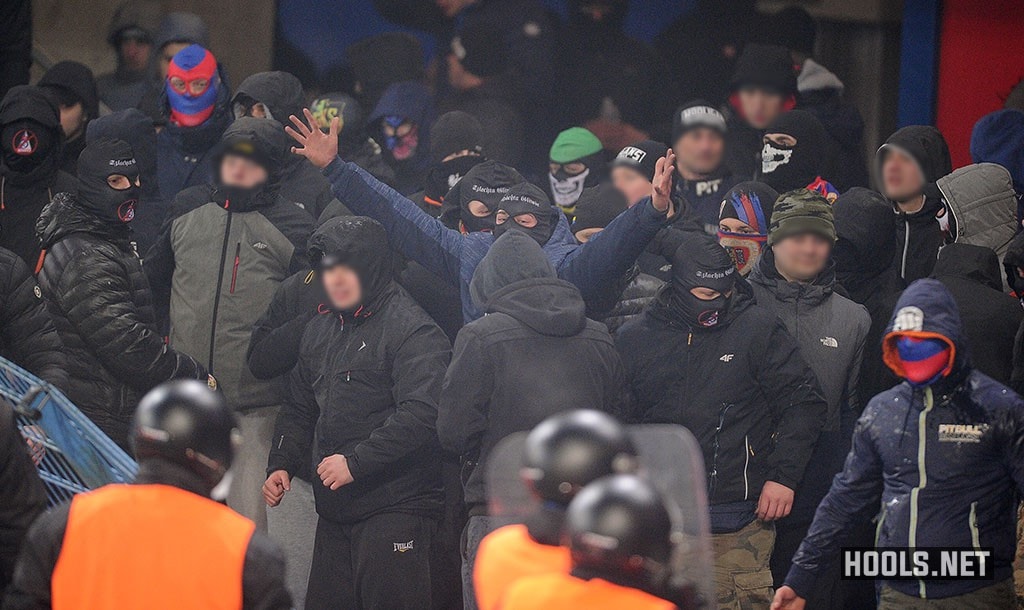 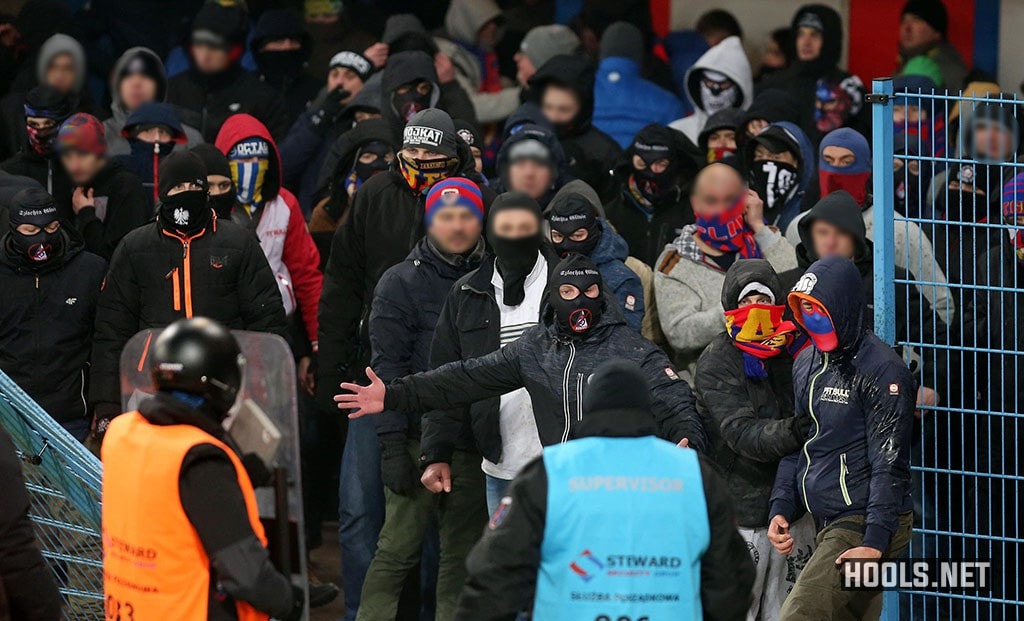 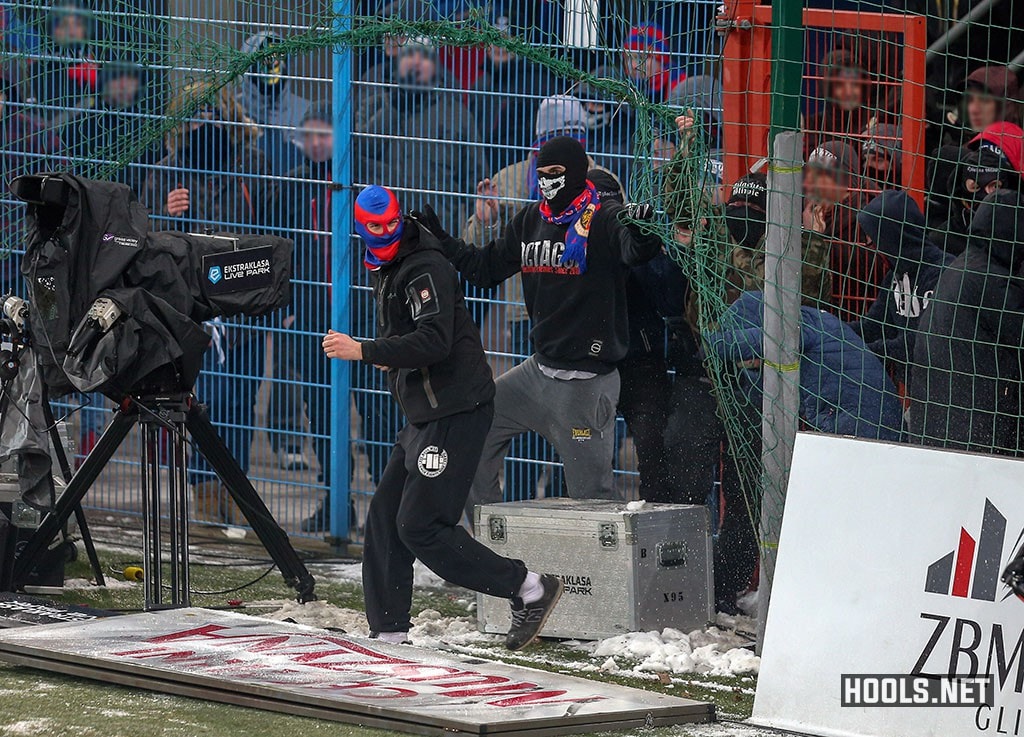 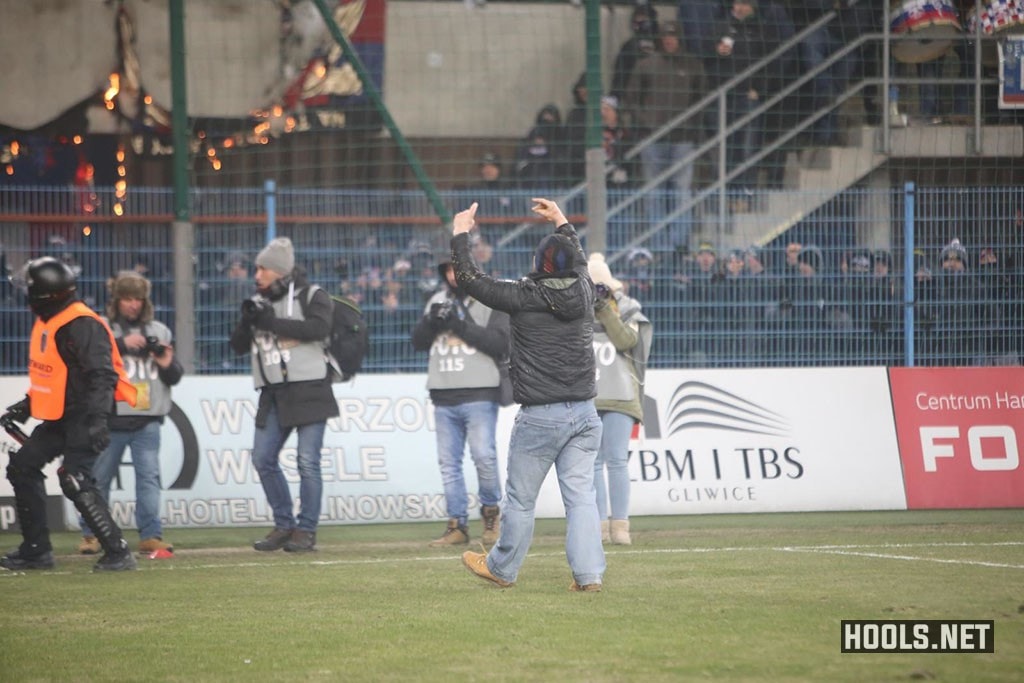 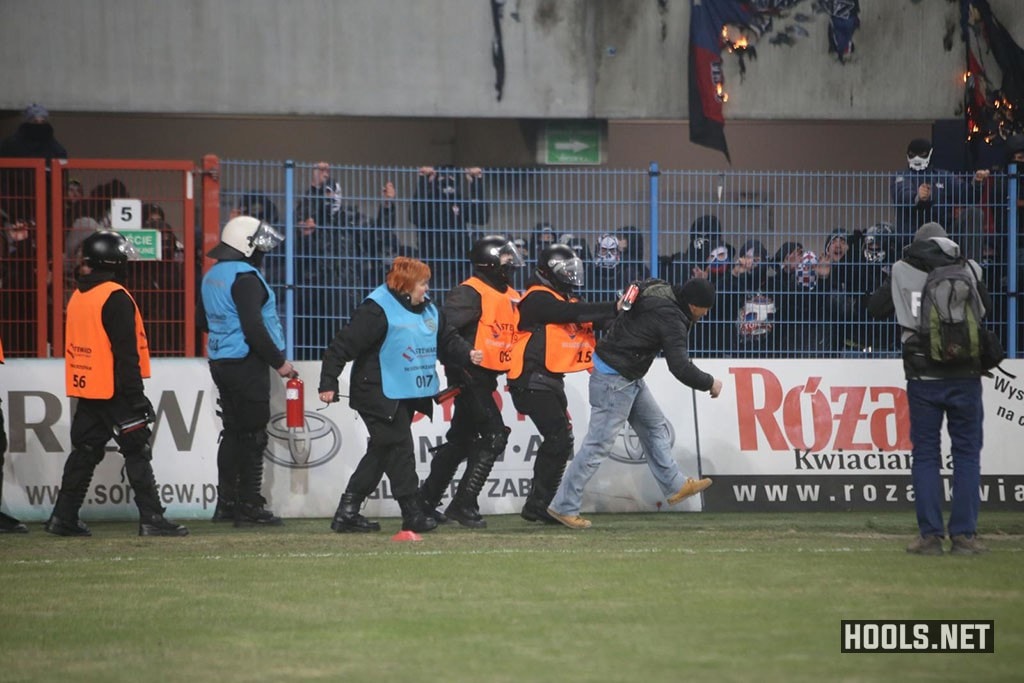 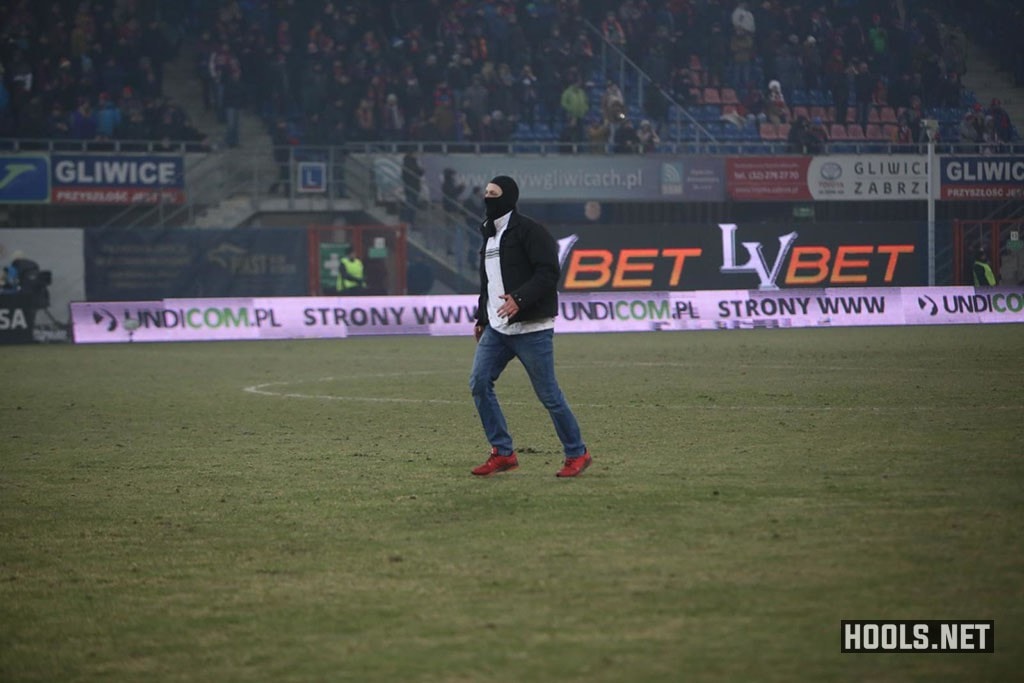 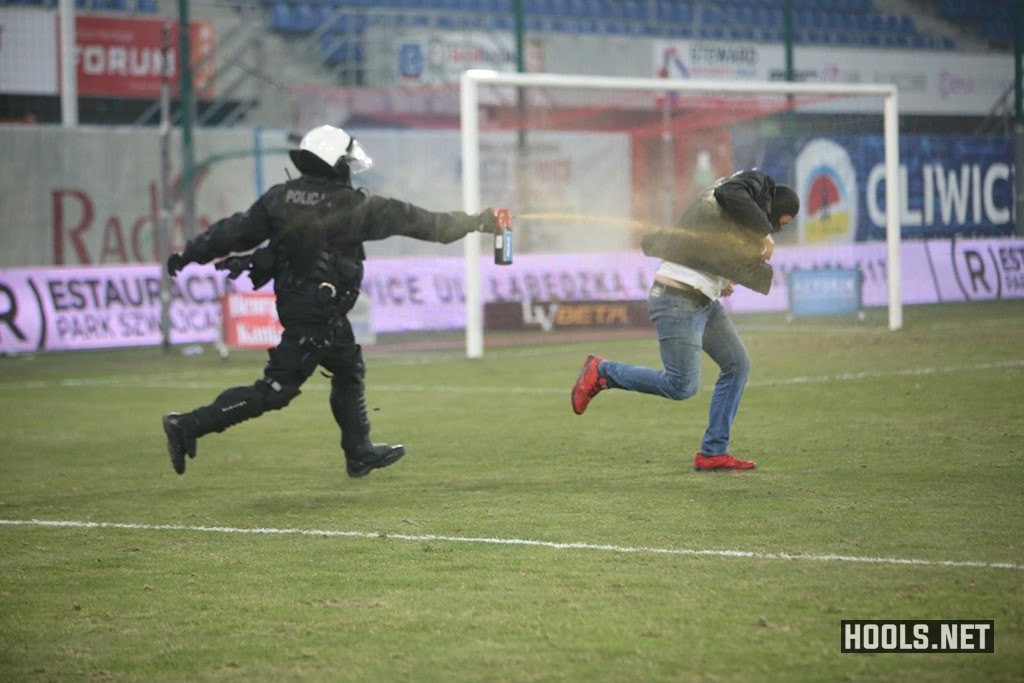 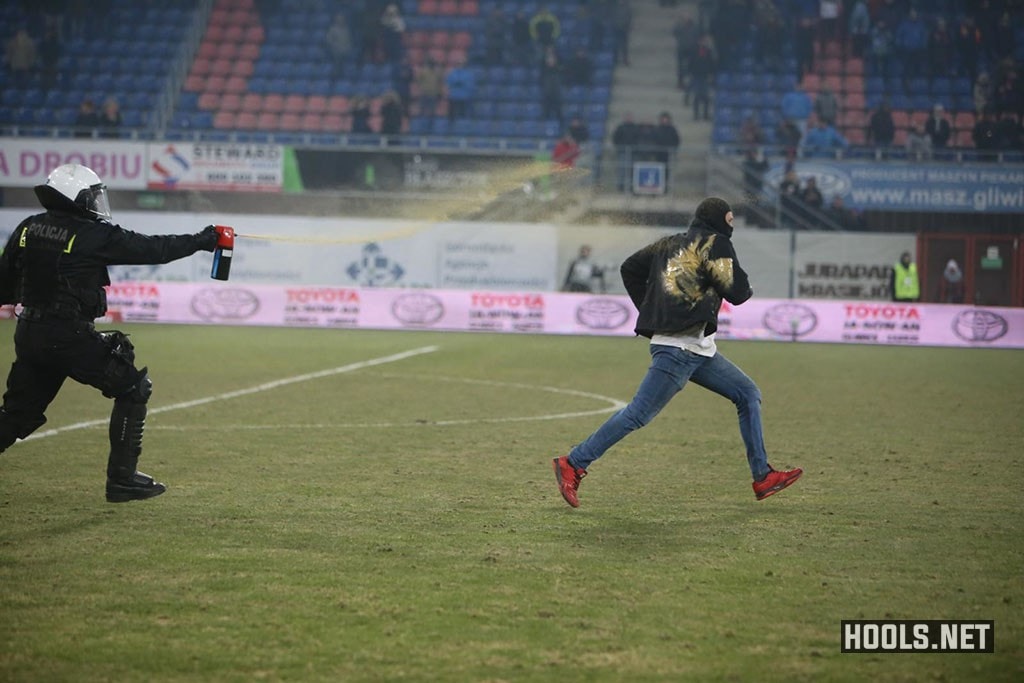 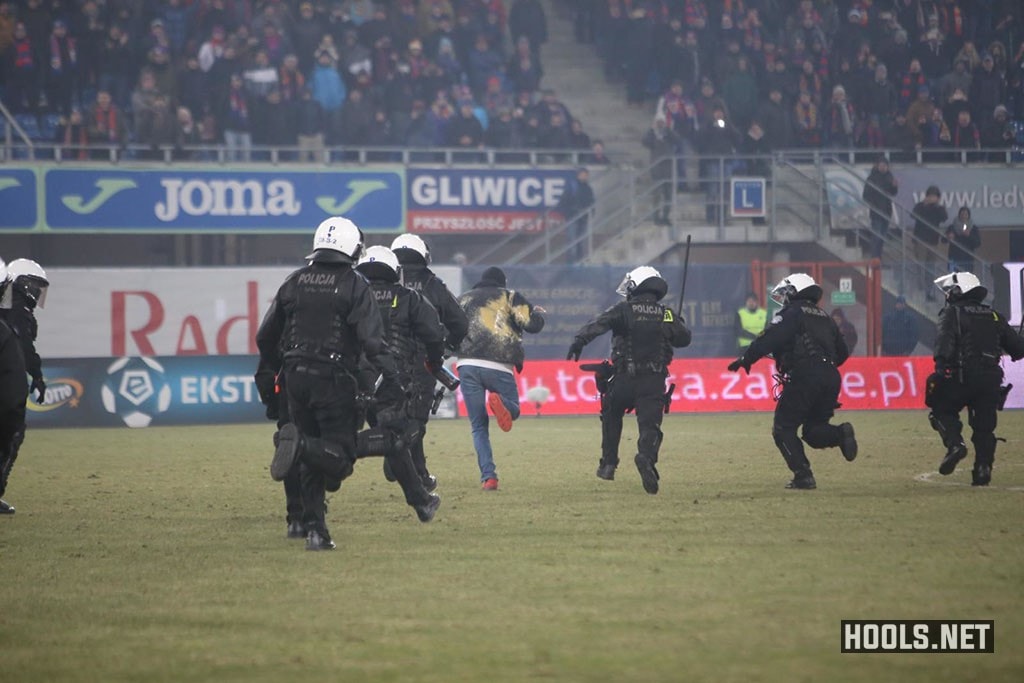 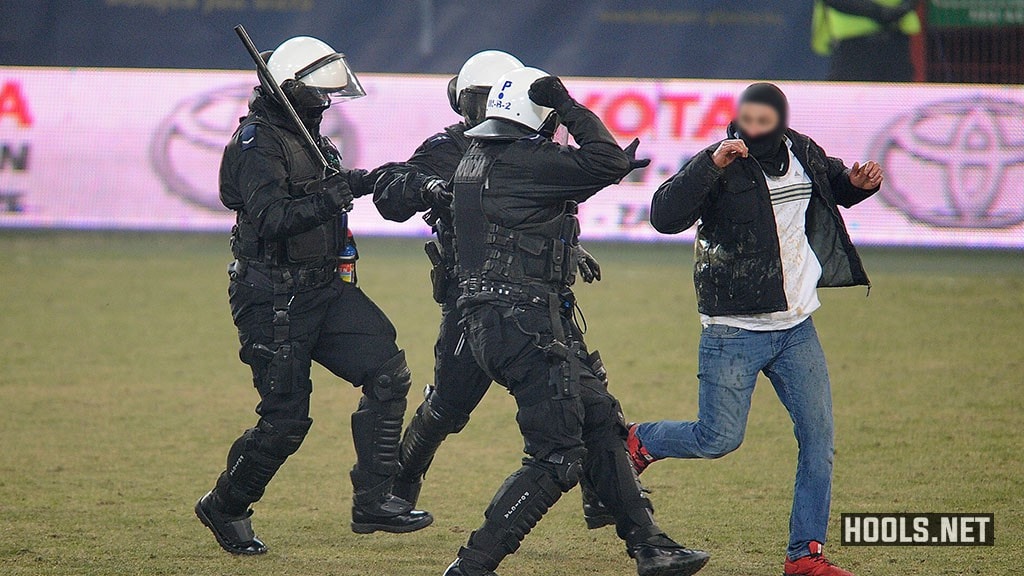 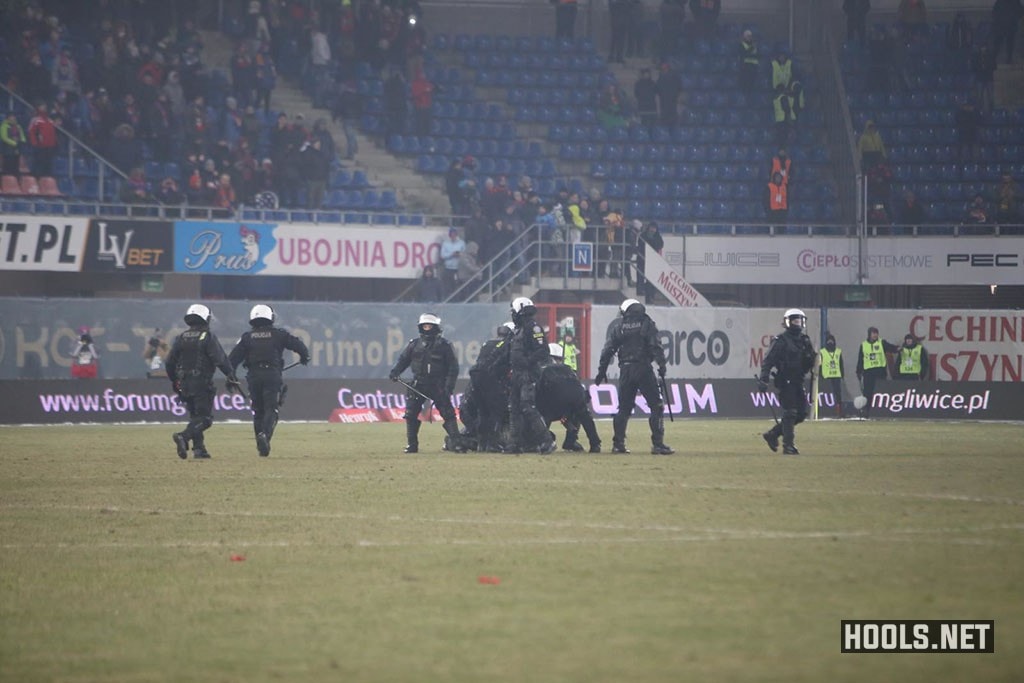 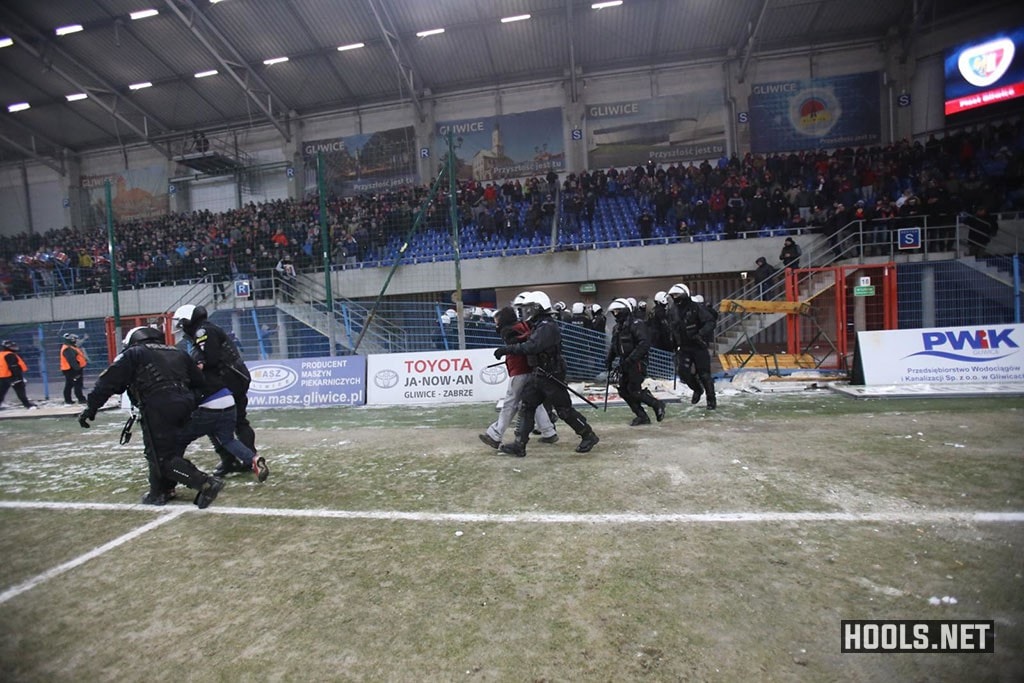 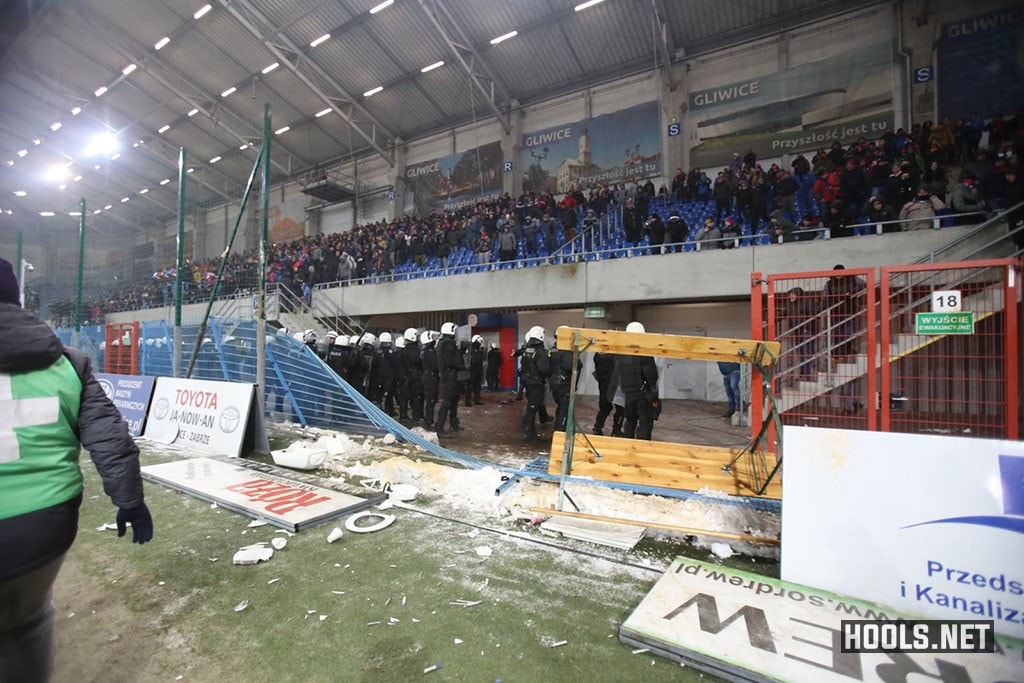 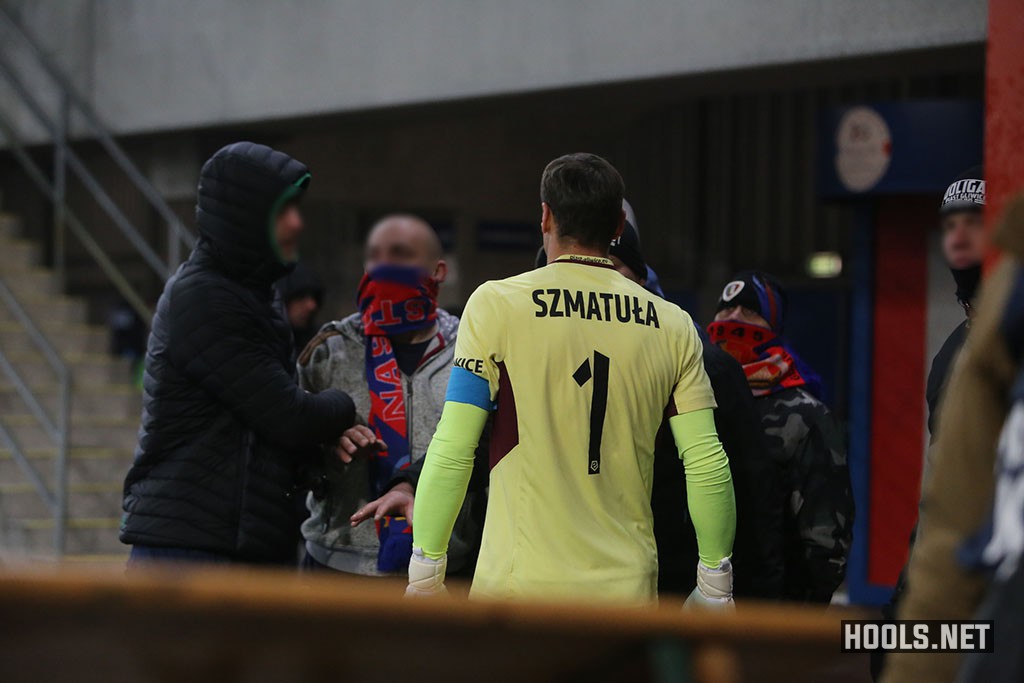 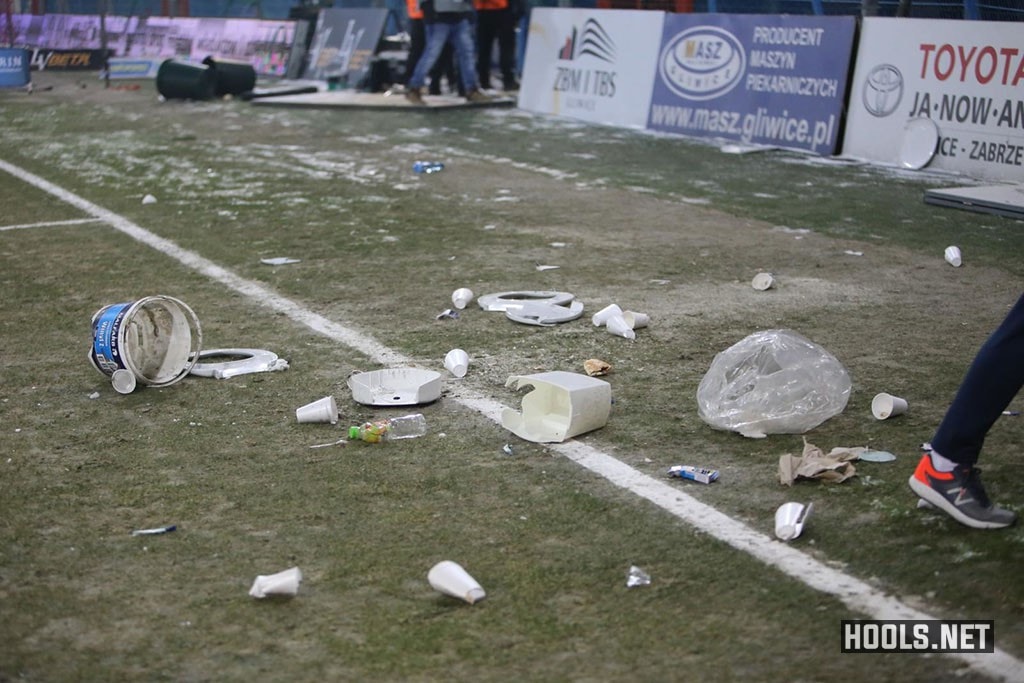