Tarnovia fans were attacked by a group of Unia Tarnow hooligans armed with clubs at a match on Saturday.

One Tarnovia fan was injured in the attack.

The attackers ran away before police arrived. 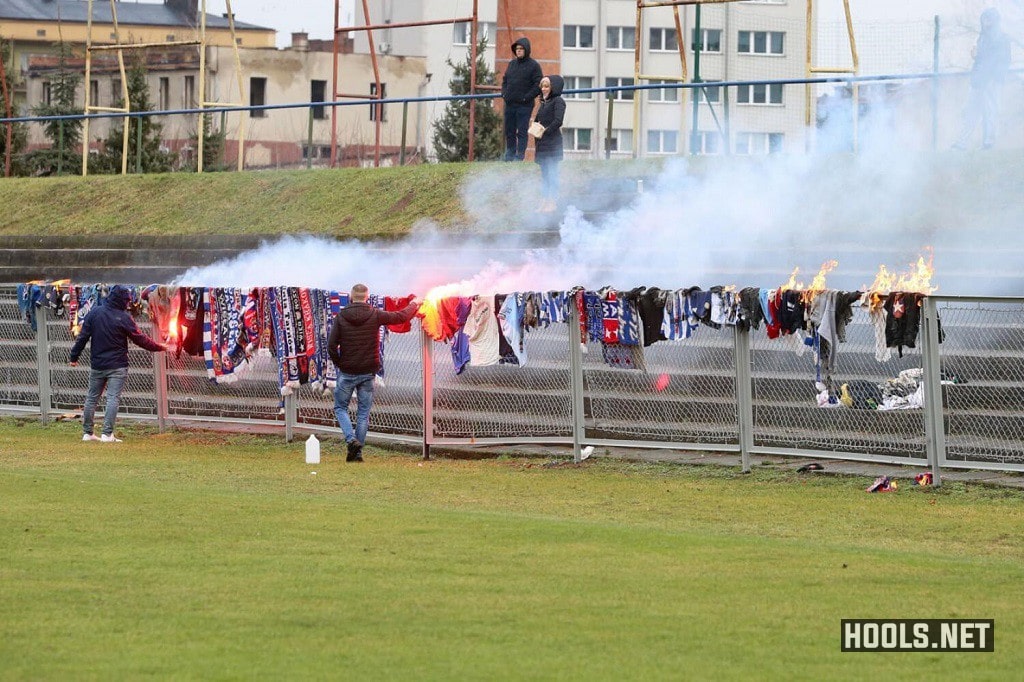 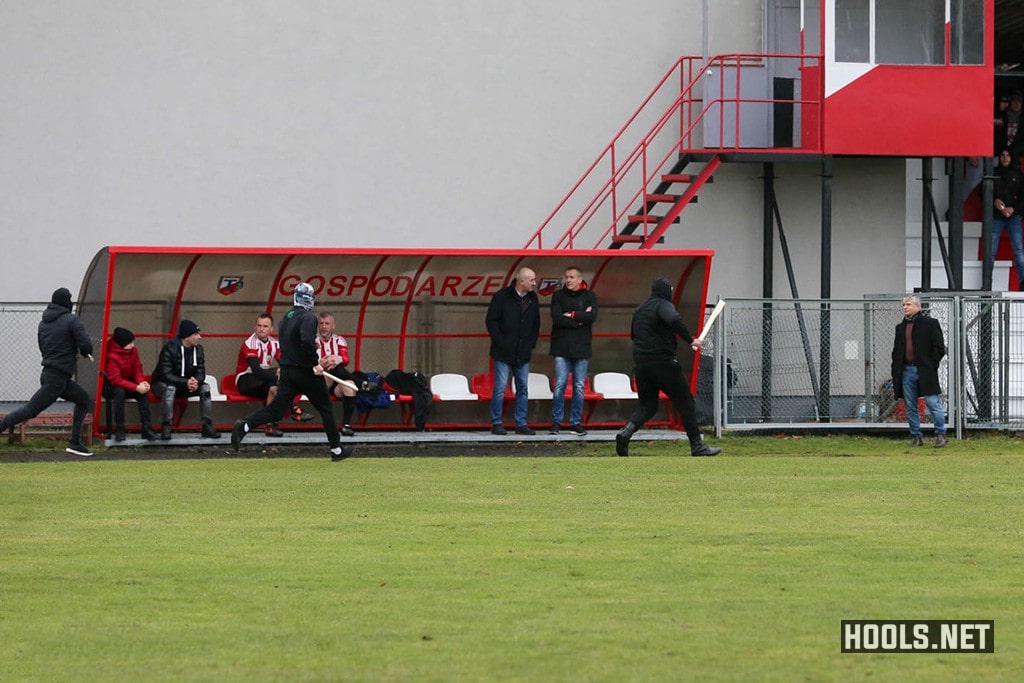 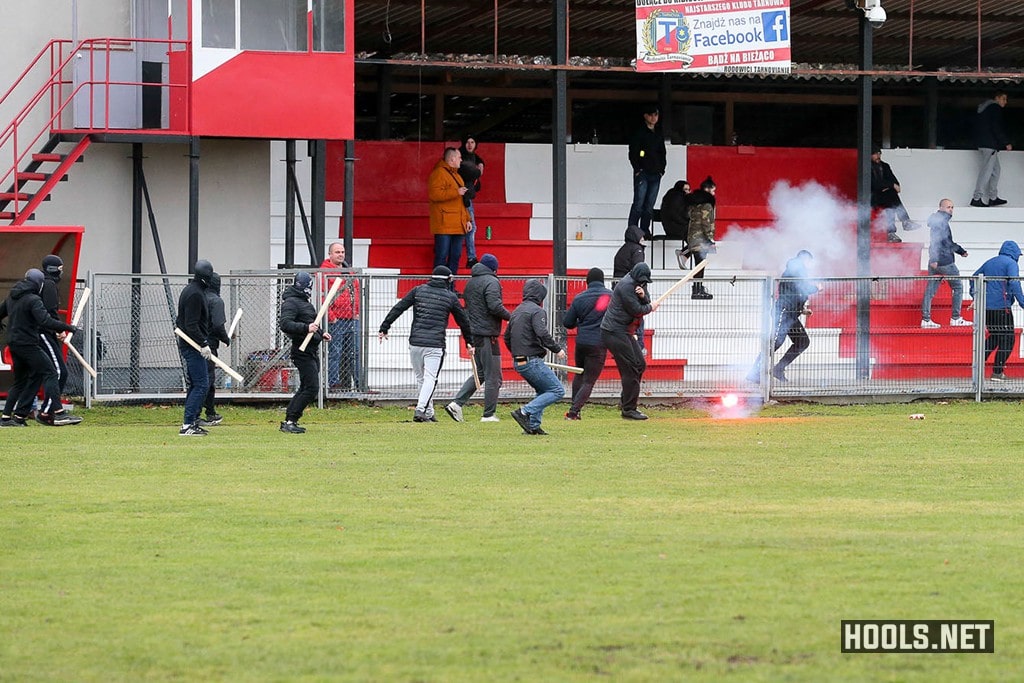 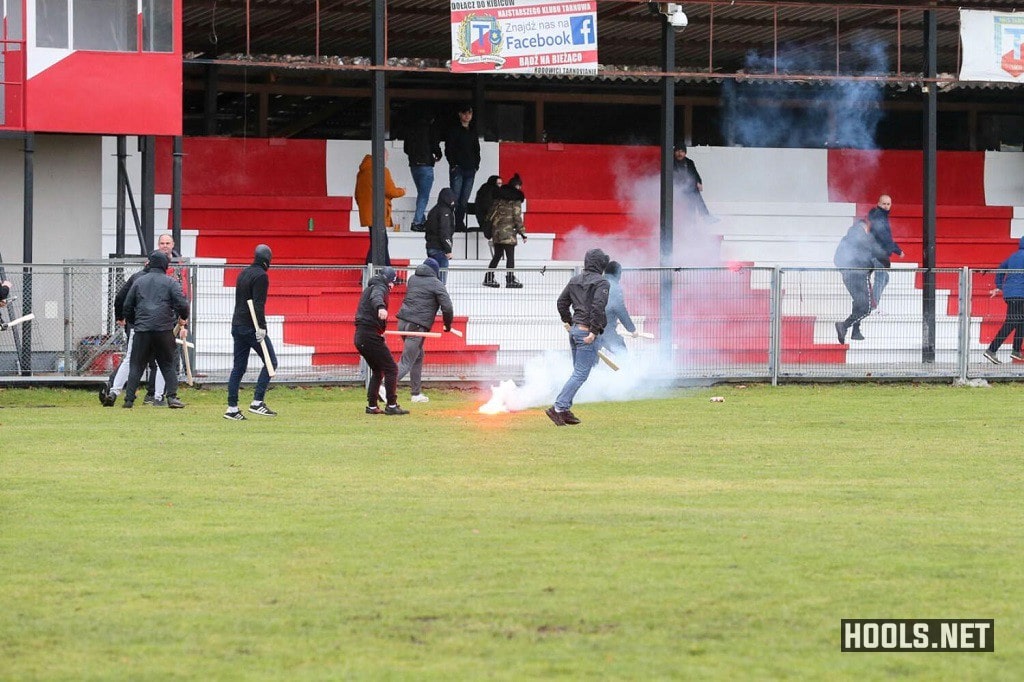 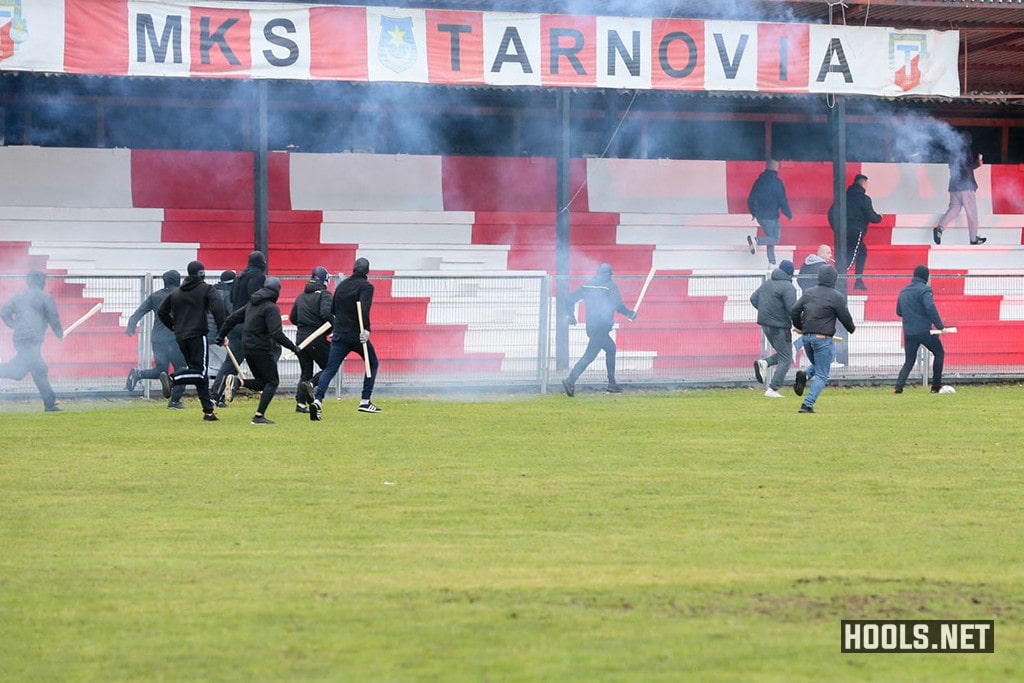 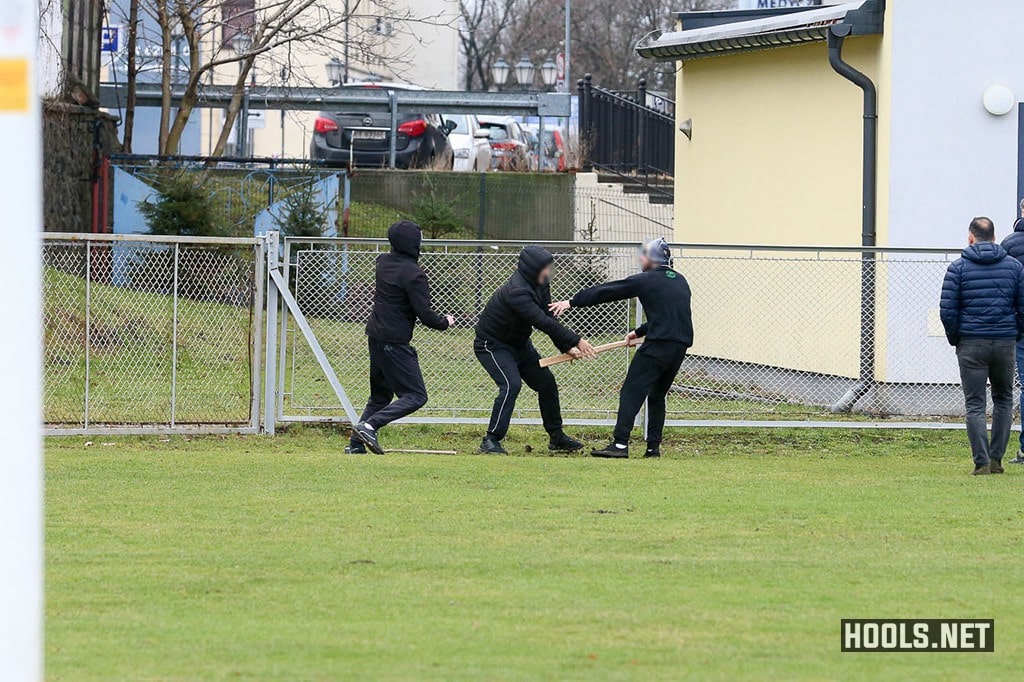 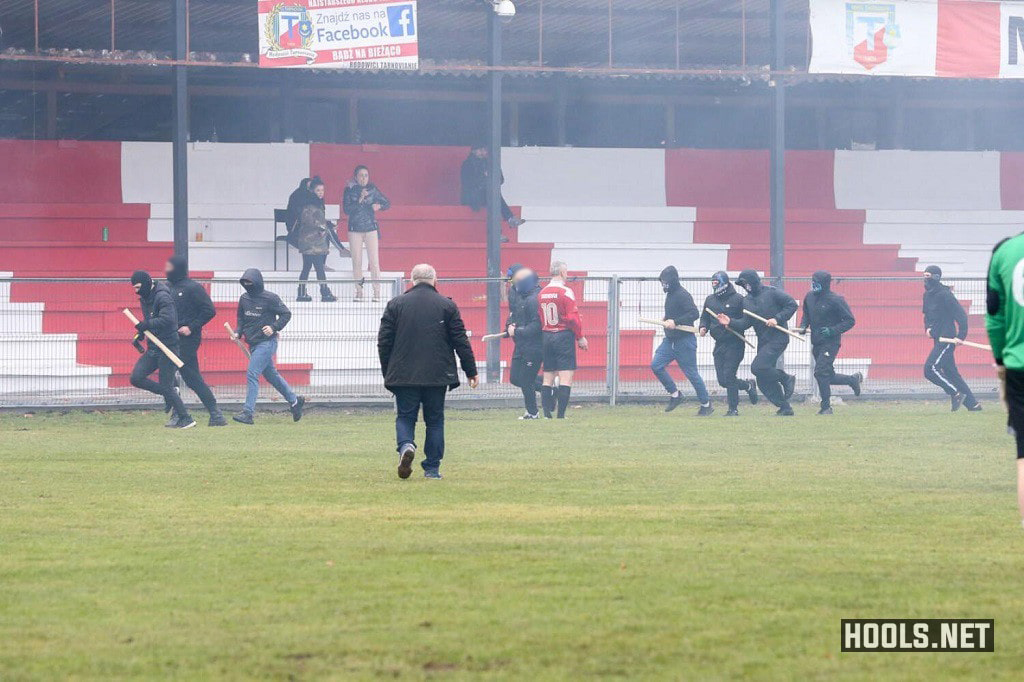 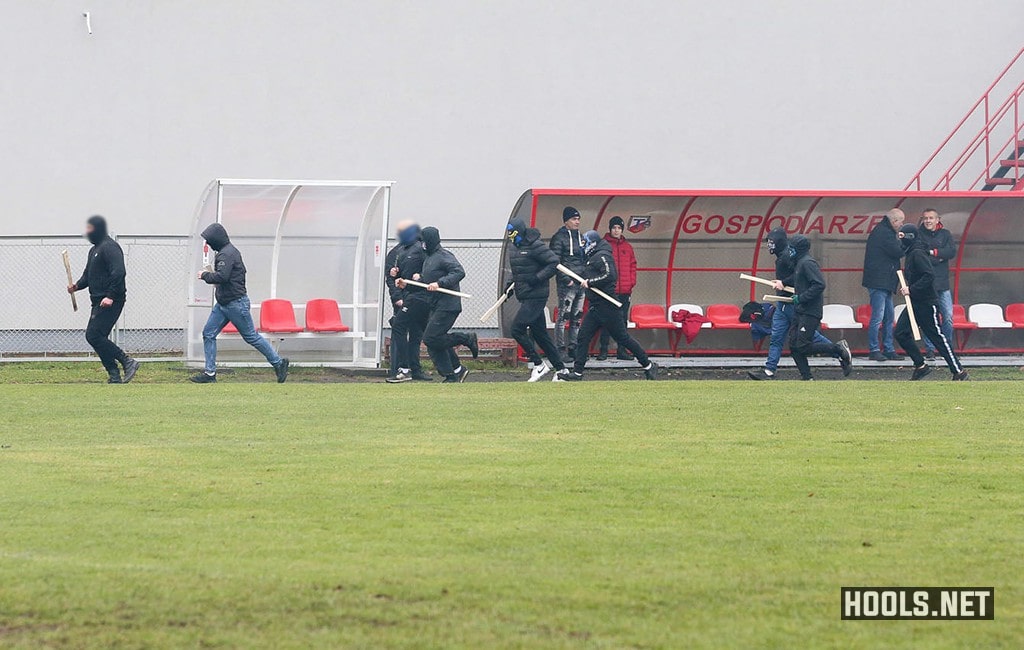