Fans of third division side Village Moussa rioted at their Algerian Cup tie against top-flight club MC Alger on Tuesday, forcing play to be called off.

Trouble broke out in the first-half as MC Alger raced into a 3-0 lead. Angry Village Moussa fans started throwing flares, stones and other objects towards the pitch.

The referee was forced to abandon the game in extra time over fears for players’ safety.

When riot cops attempted to restore order, the angry fans turned against them. 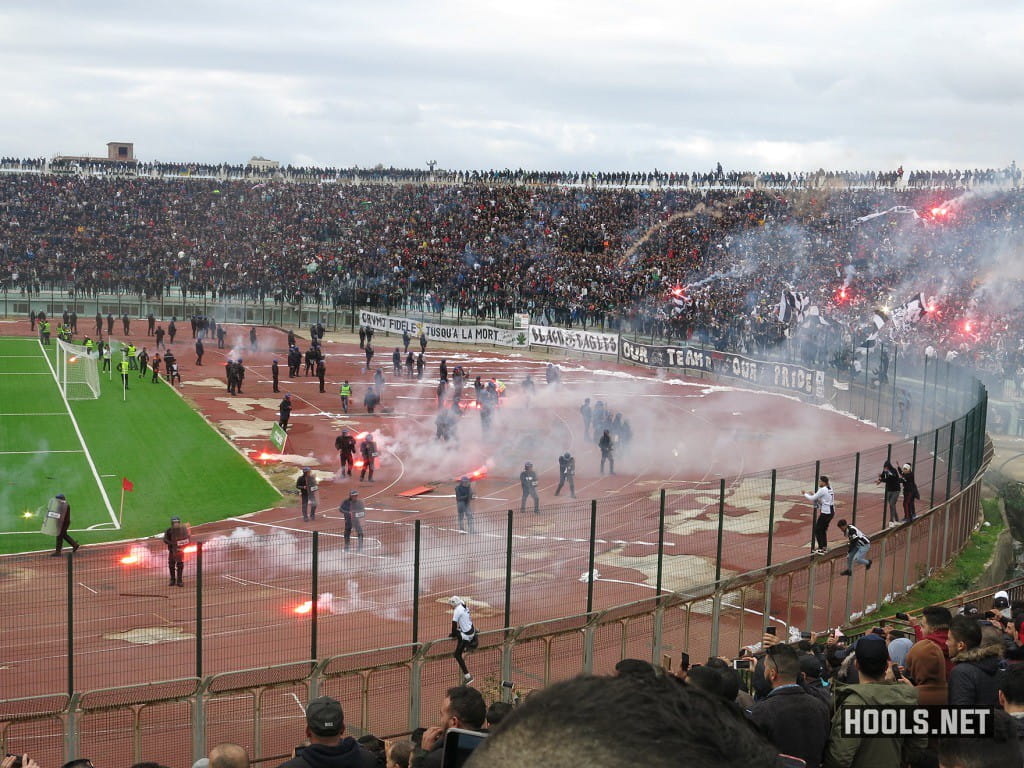 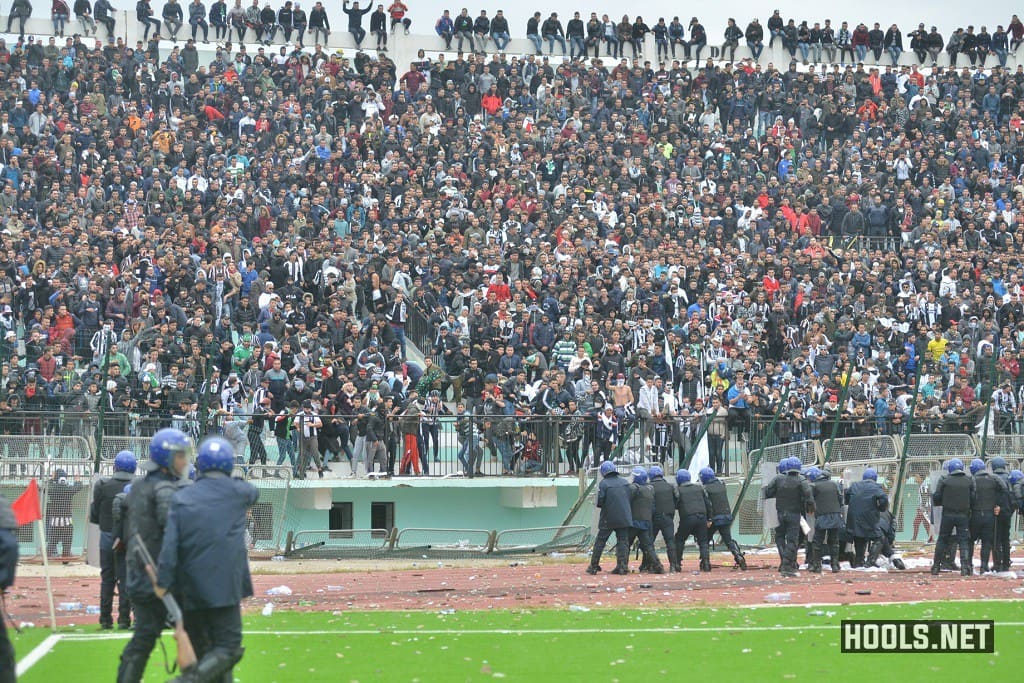 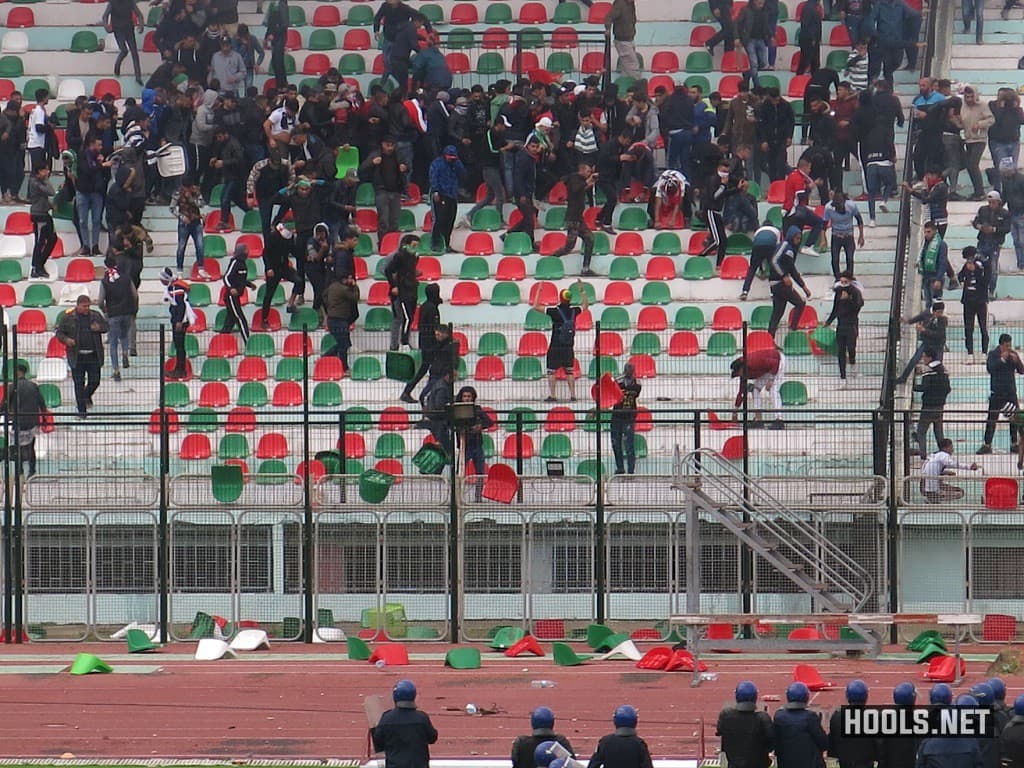 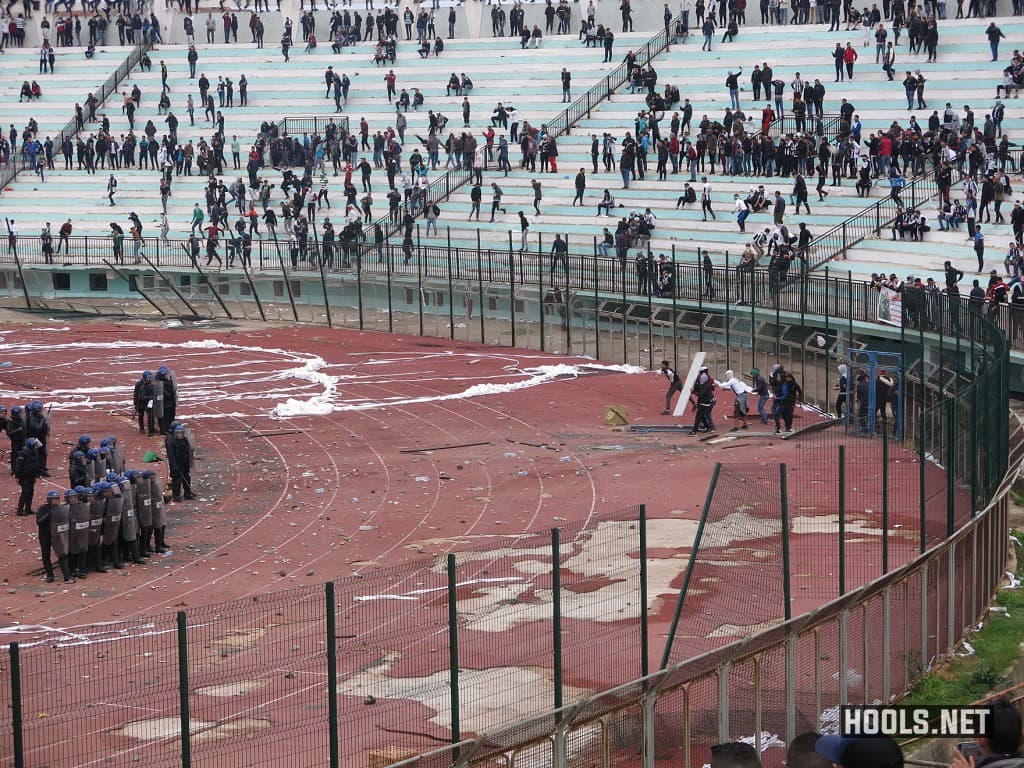 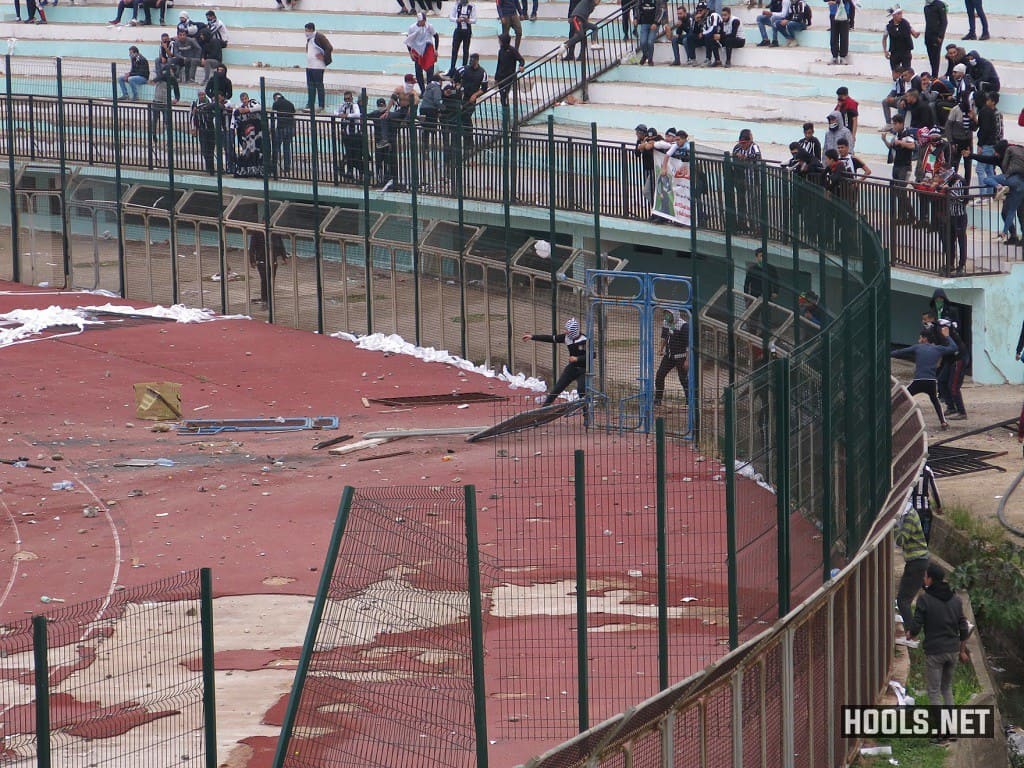 There were also further clashes between Village Moussa fans and riot cops outside the ground.

41 people have been arrested so far, according to local media reports. 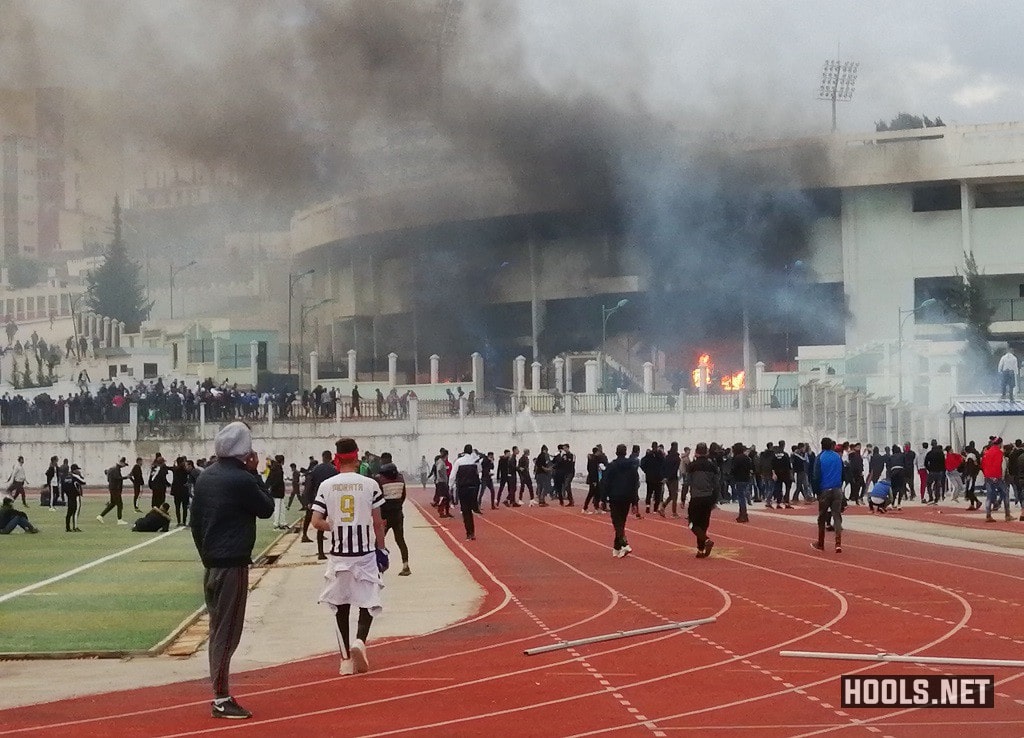