Fans of Morocco’s Wydad Casablanca clashed with police inside the Mohammed V stadium after their match against arch-rivals Raja on Saturday, which ended 0-0.

Dozens of Wydad fans, many armed with sticks, were seen fighting with police in the stands shortly after the final whistle.

It’s unclear what sparked the clashes.

There were reports of arrests and injuries. 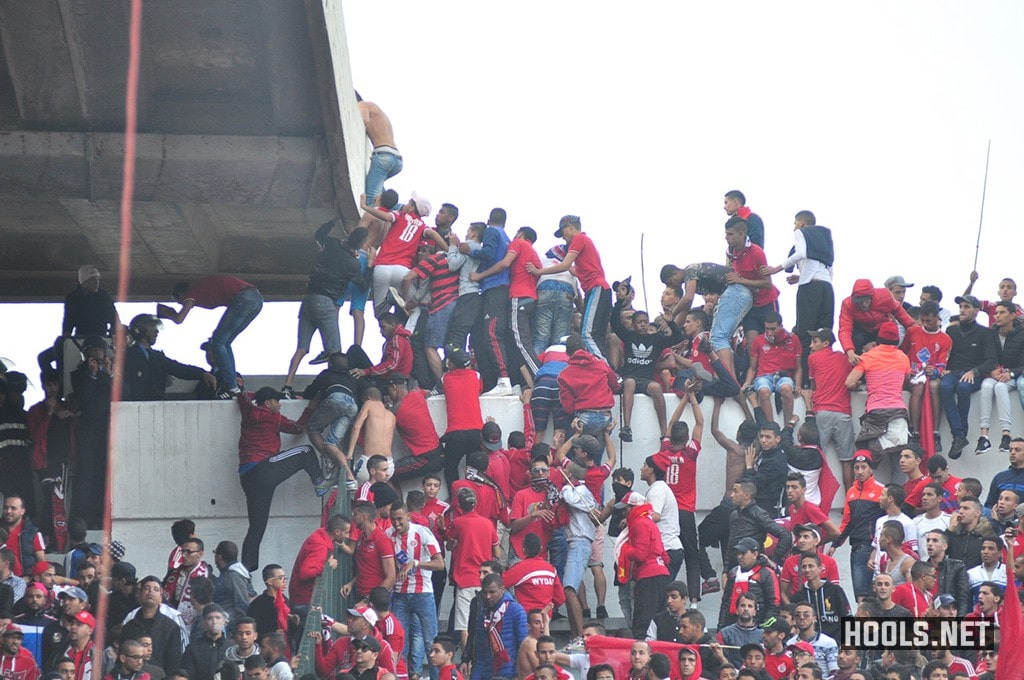 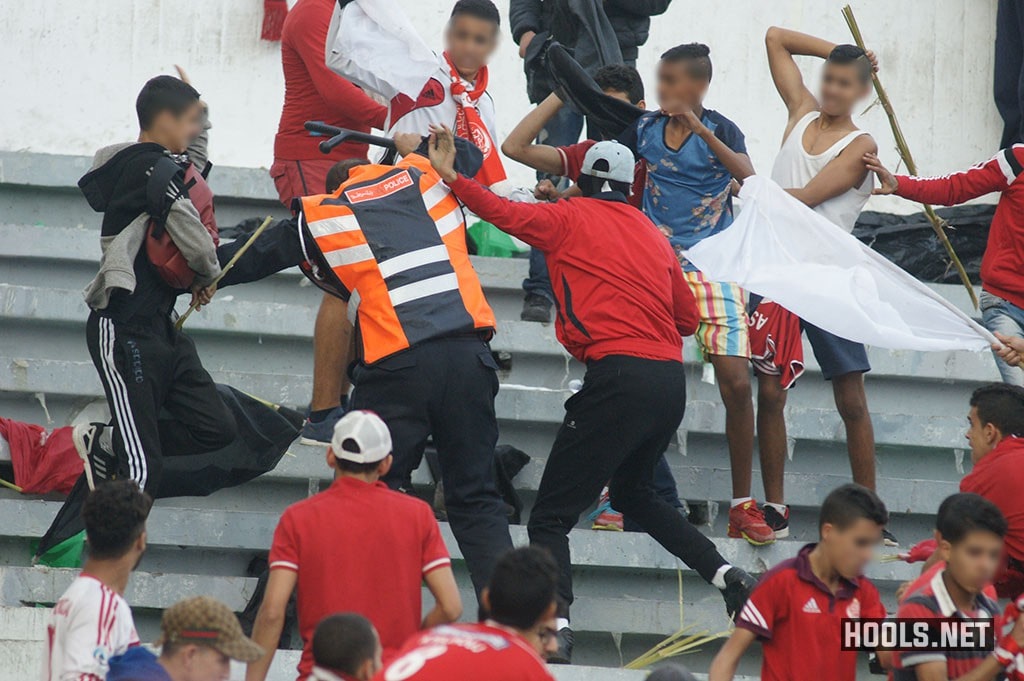 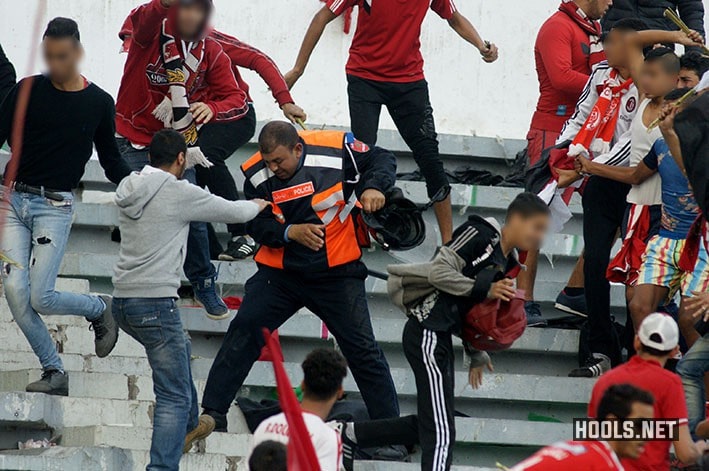 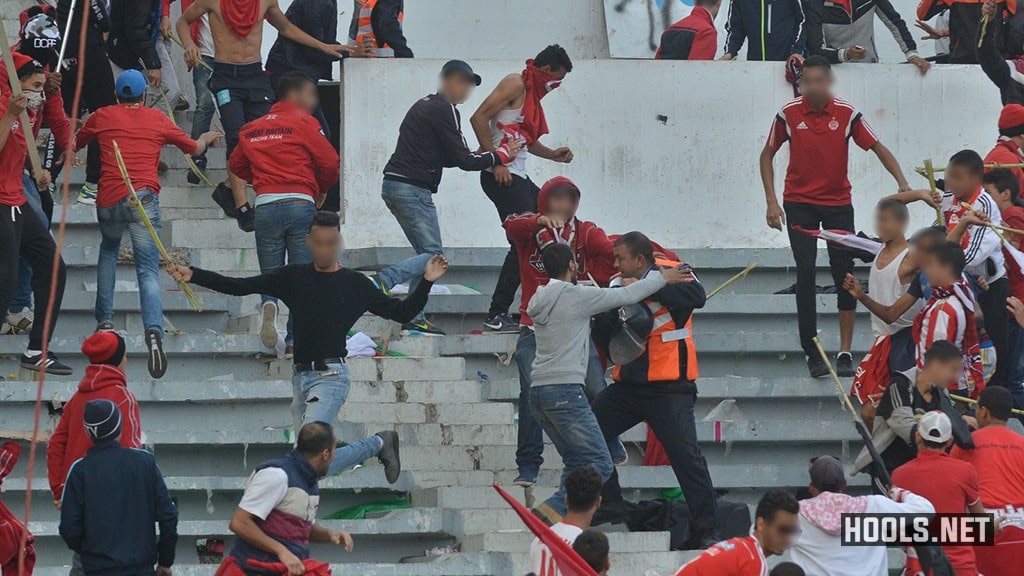 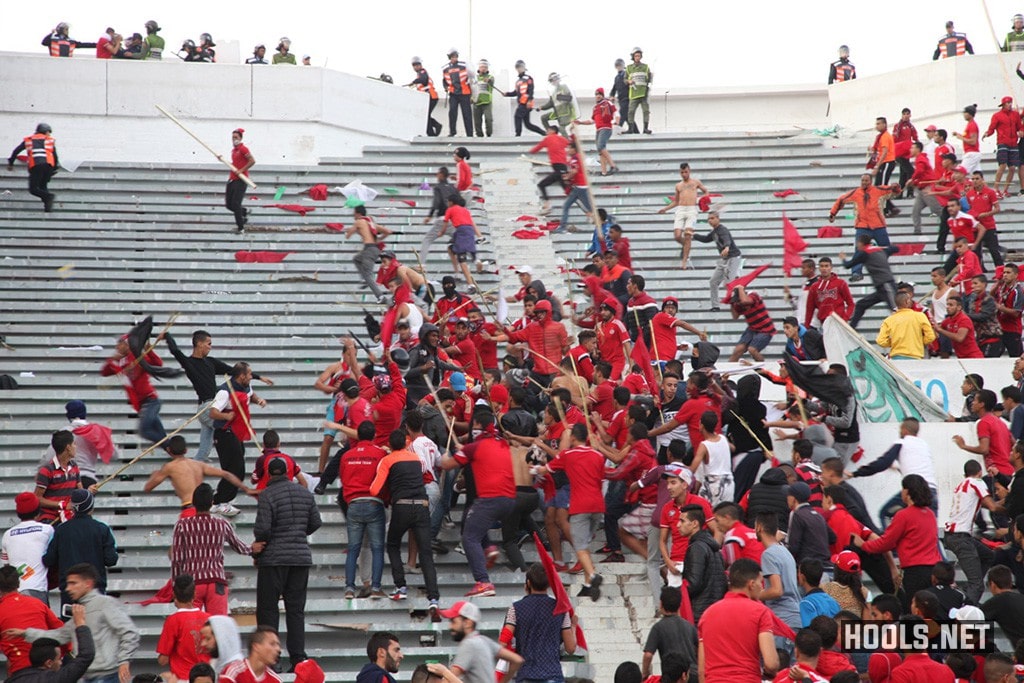 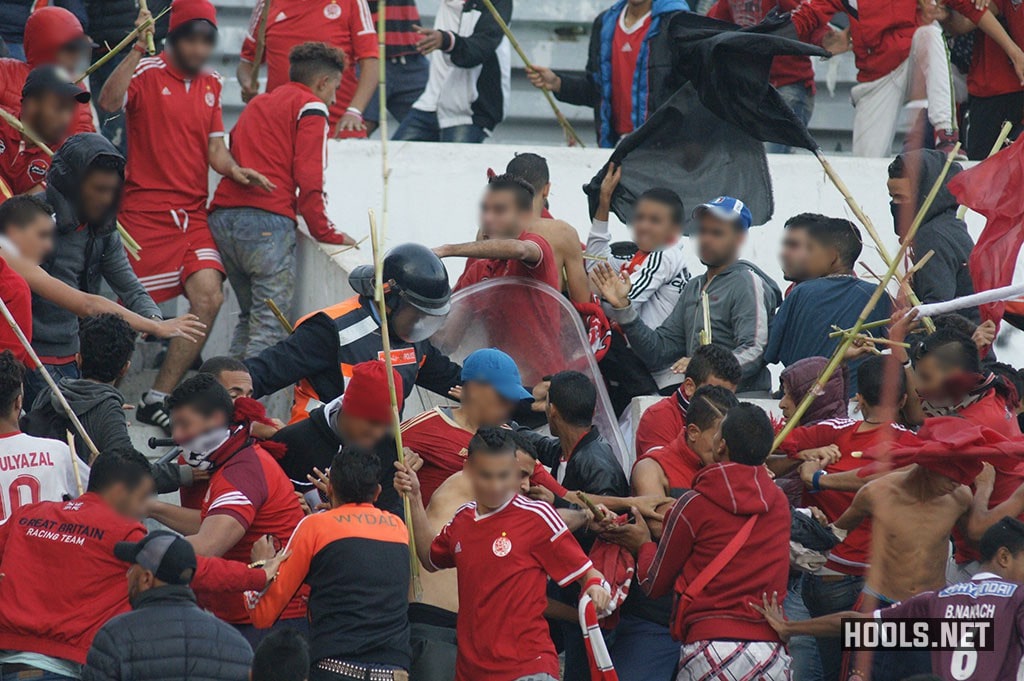 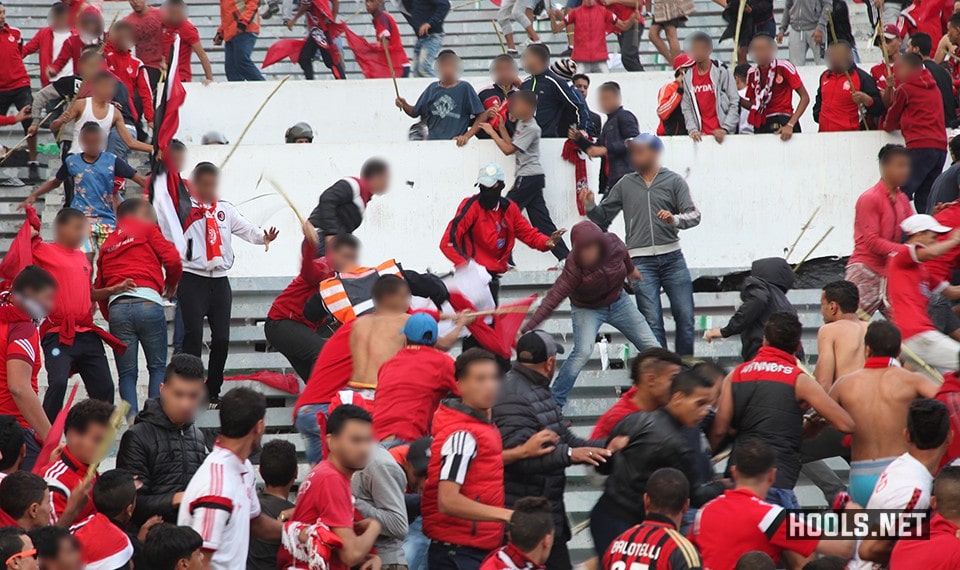 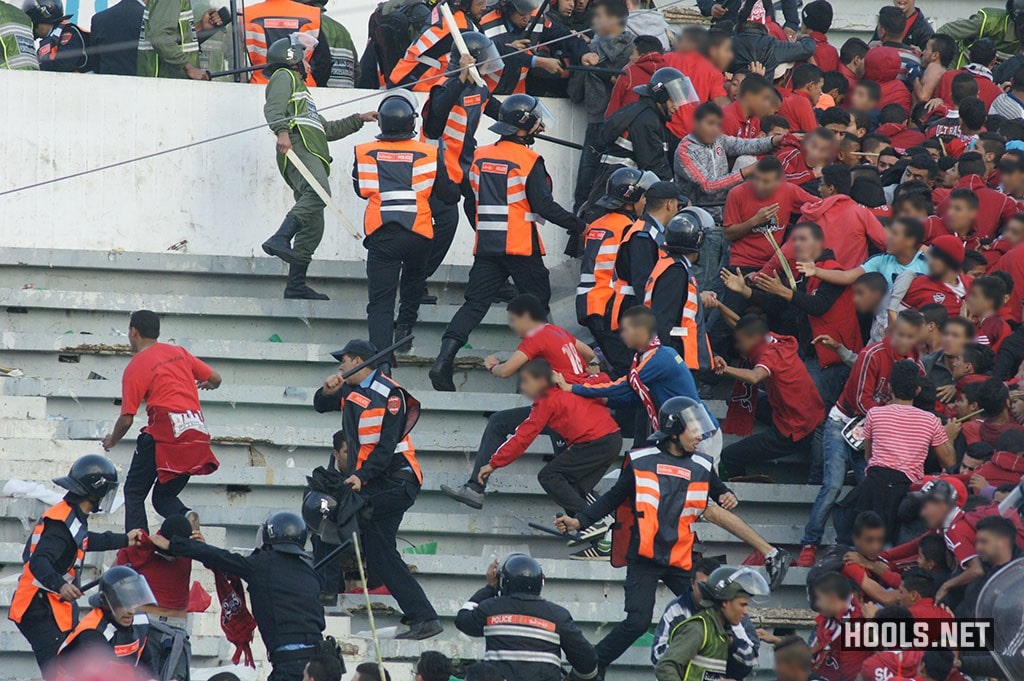 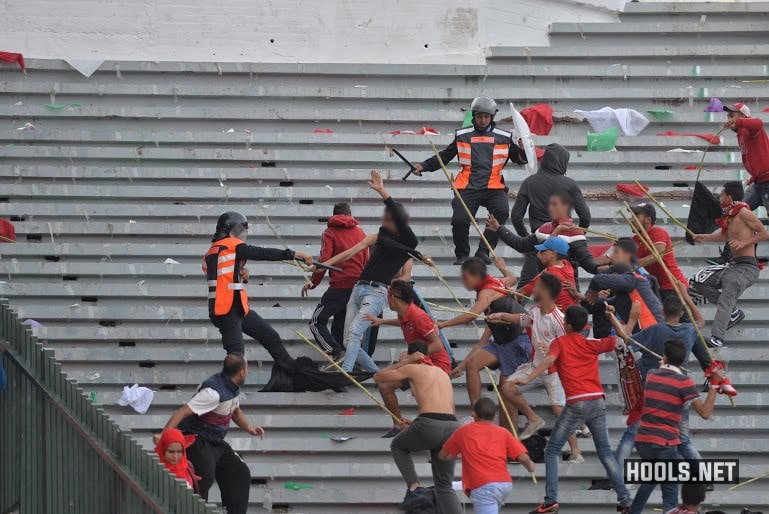 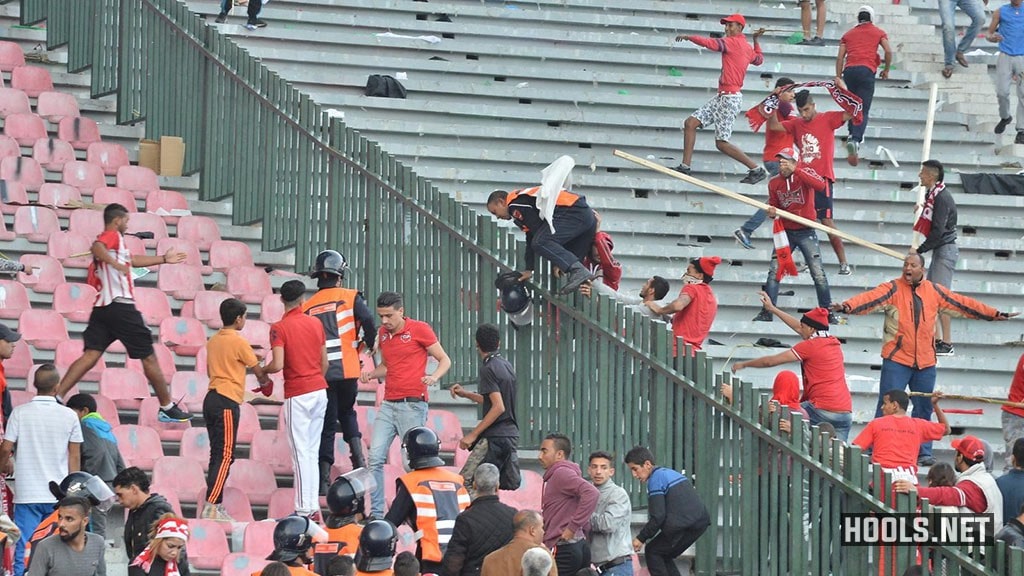