Holstein Kiel’s 2. Bundesliga clash against St. Pauli at the Holstein stadium on Tuesday was delayed by about ten minutes due to fan trouble.

About half an hour before the scheduled kick-off, a group of Holstein Kiel hooligans invaded the pitch and headed straight towards the end of the ground where the travelling fans were massed. Several of the pitch invaders managed to reach the away end and rip down two St. Pauli flags. But as they ran back across the pitch, security staff and St. Pauli players caught them.

Apparently the home side’s fans wanted to take revenge for an attack that happened days earlier.

On Saturday 16th September, three days before the match, a group of Holstein Kiel fans were attacked by a bunch of St. Pauli hooligans near the Holstein stadium after they had returned from an away fixture. They were beaten and several flags were taken away. 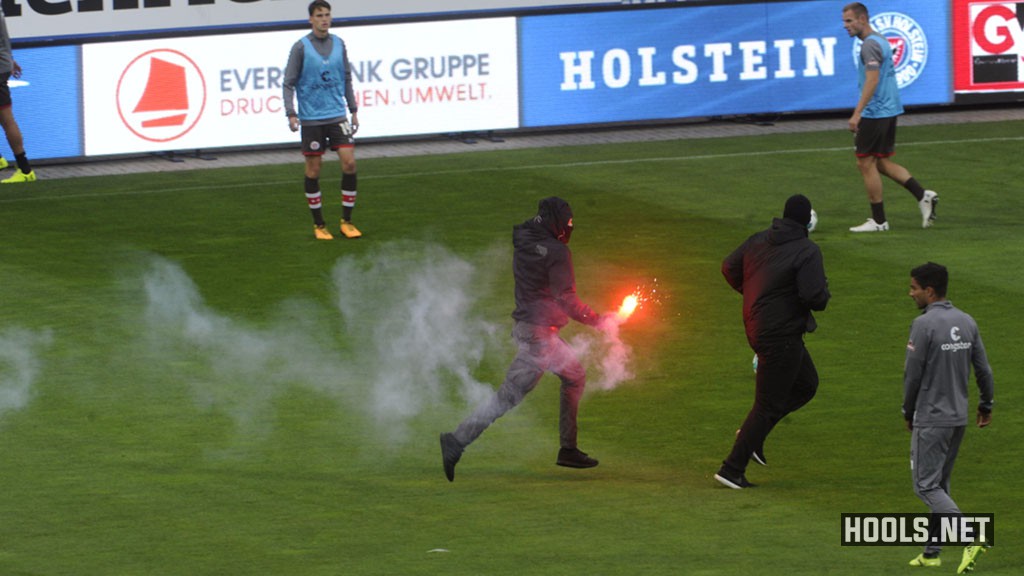 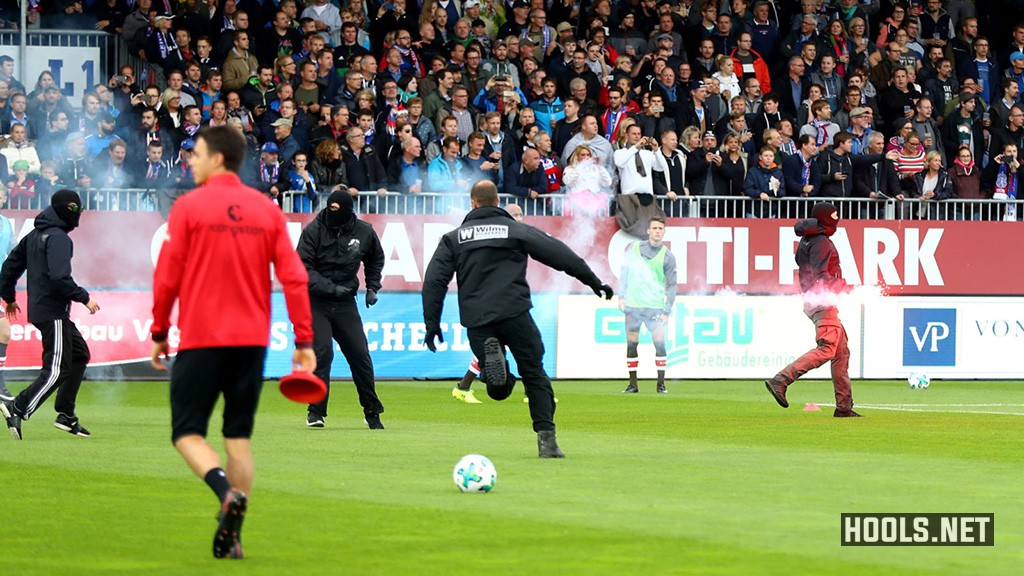 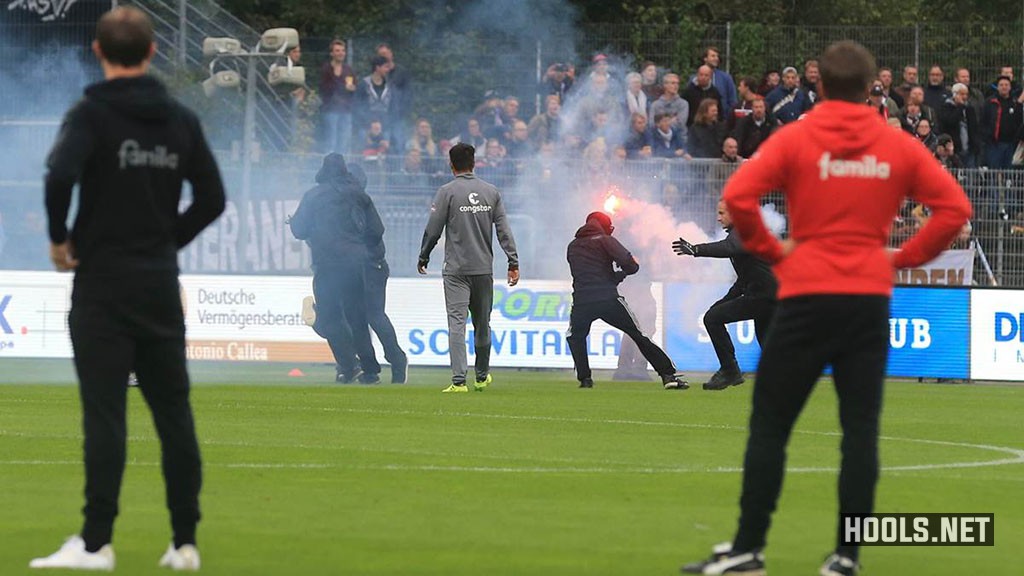 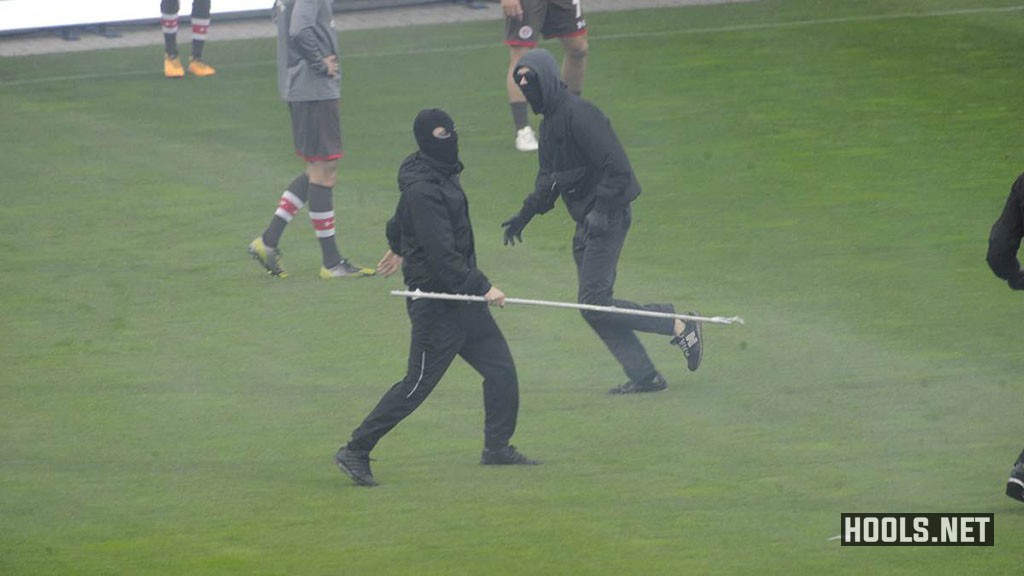 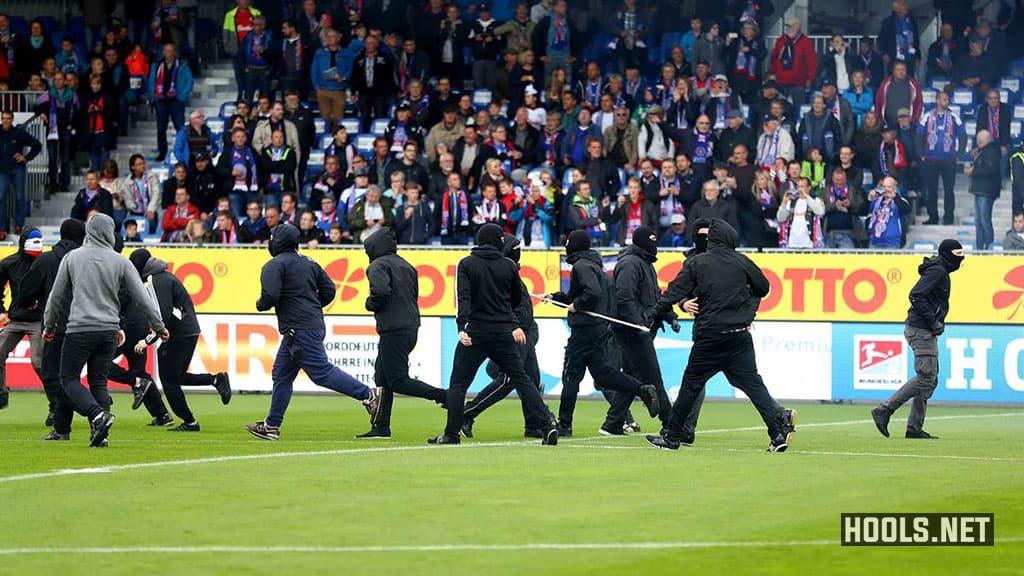 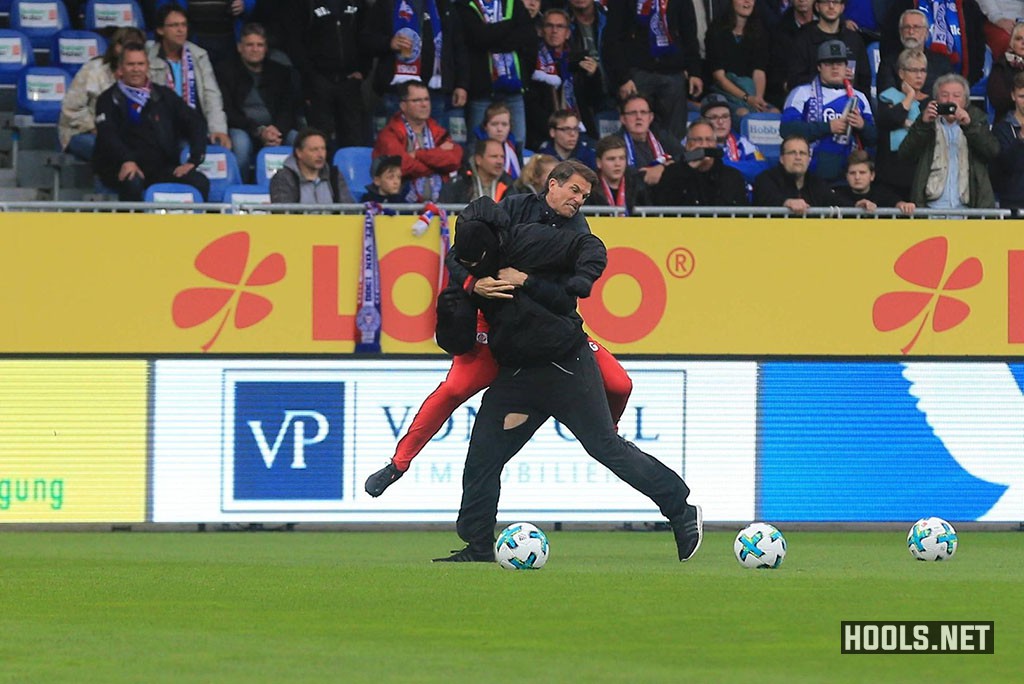 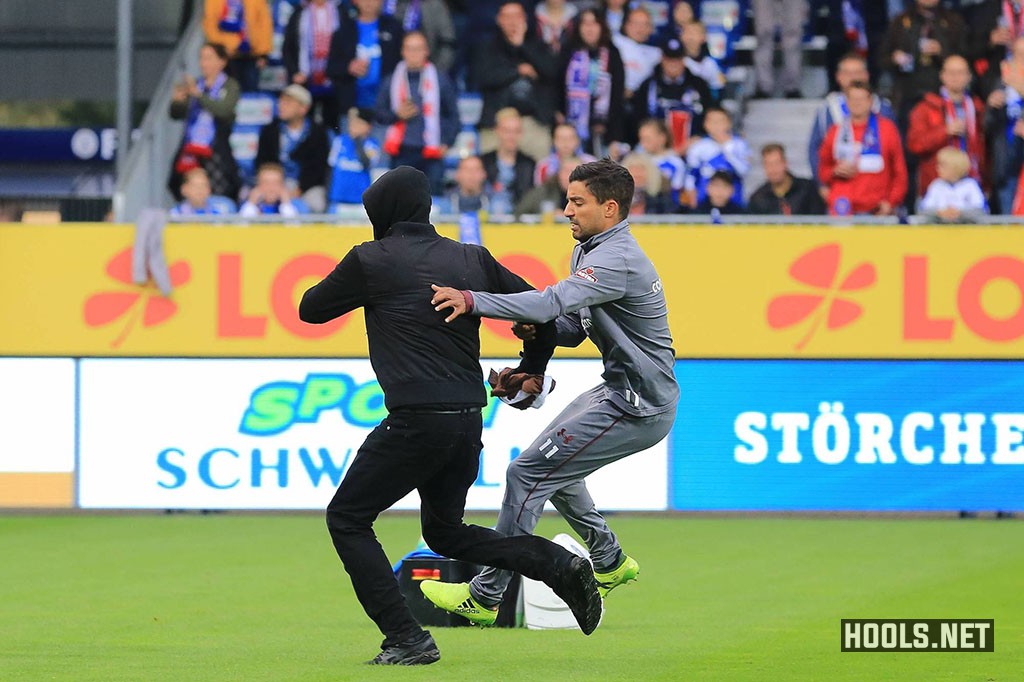 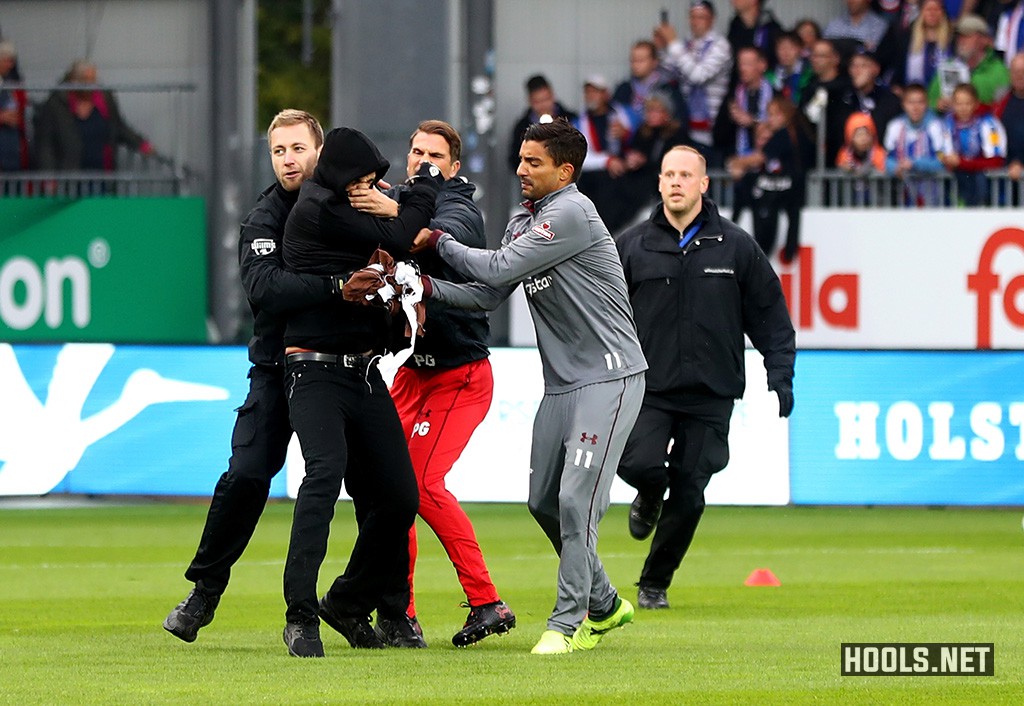 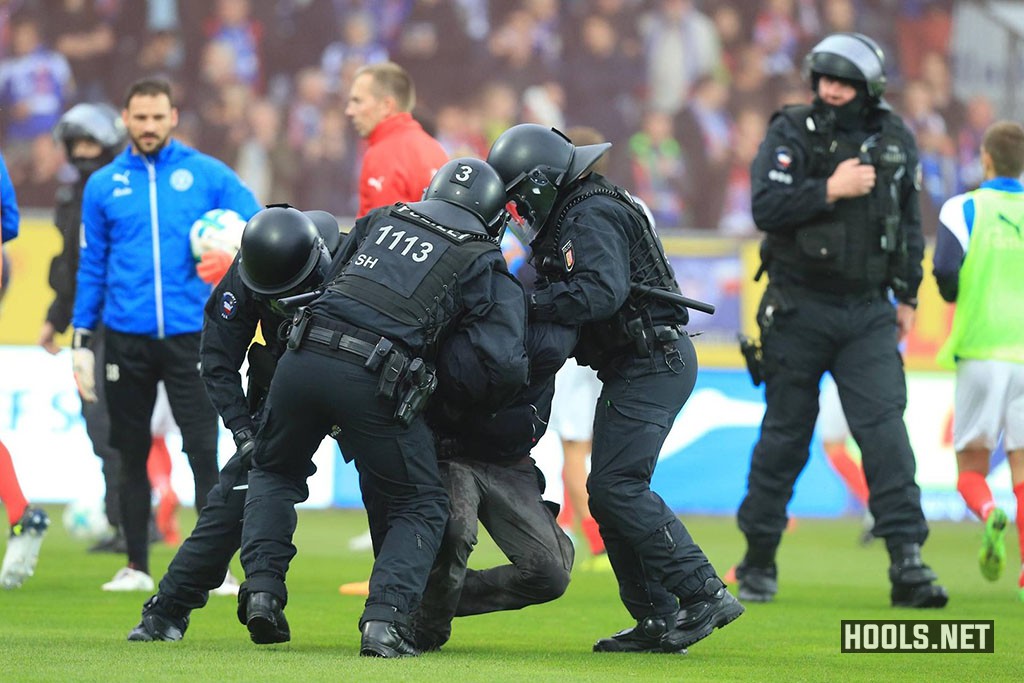 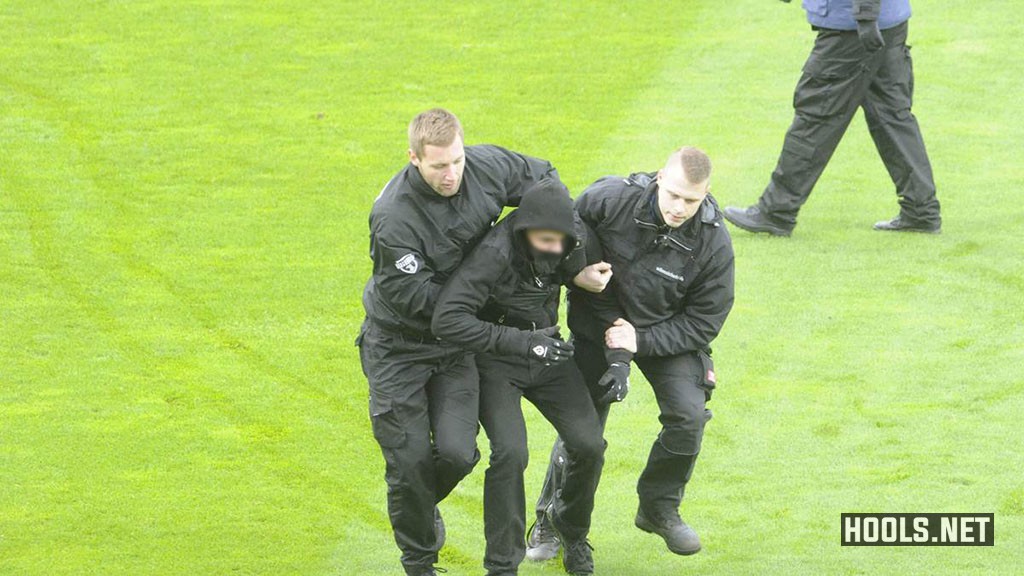 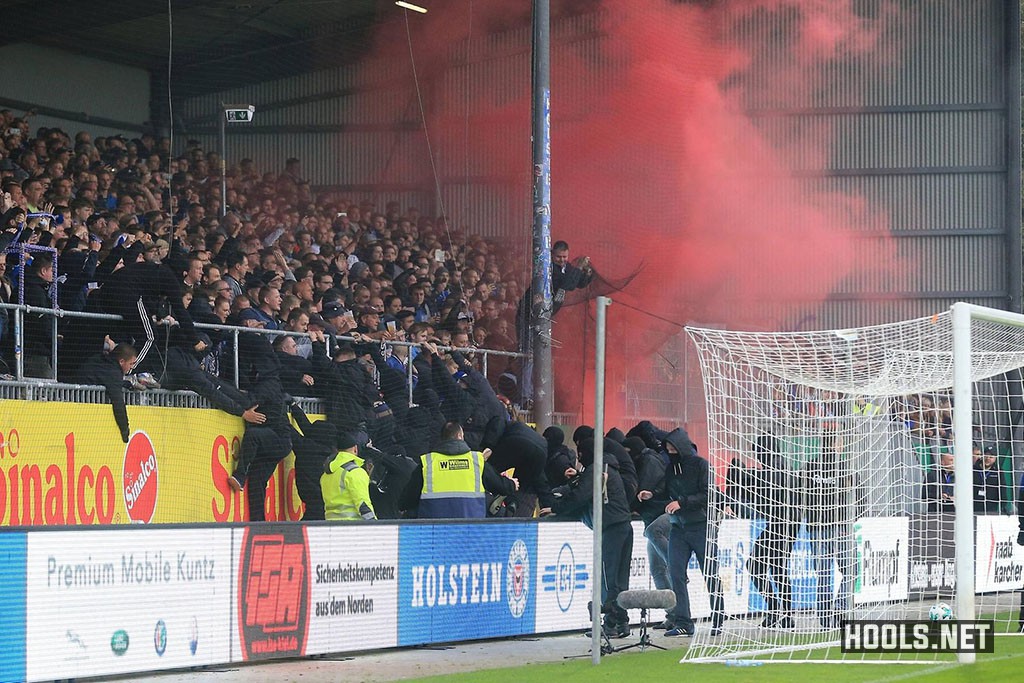 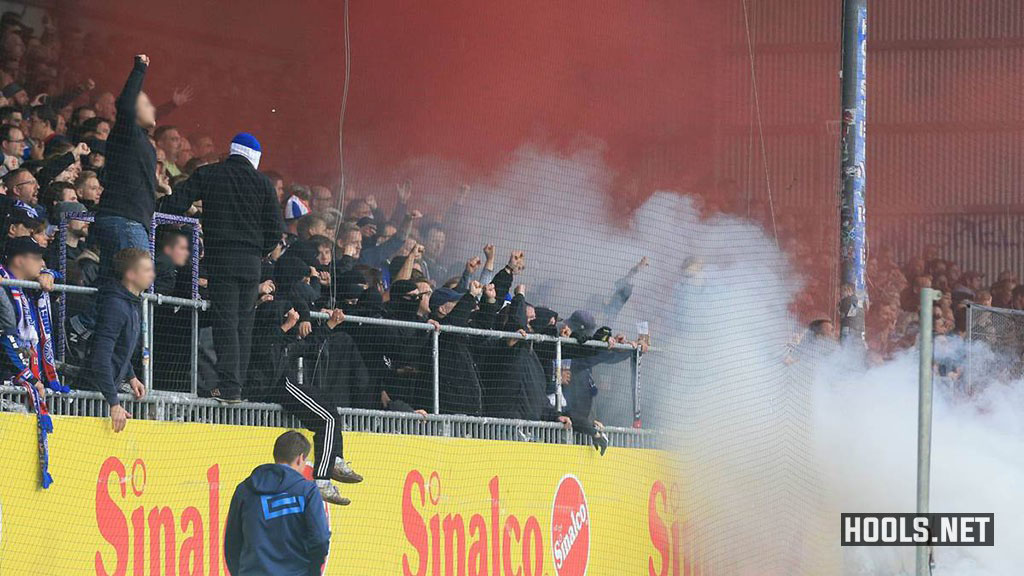