After the final whistle, a small group of Aberdeen fans were seen fighting with stewards in the away end at the AEK Arena.

Riot police armed with batons and pepper spray then stepped in to restore order.

The trouble continued outside the AEK Arena too as the Scots left the ground.

There were no arrests and no reports of serious injury. 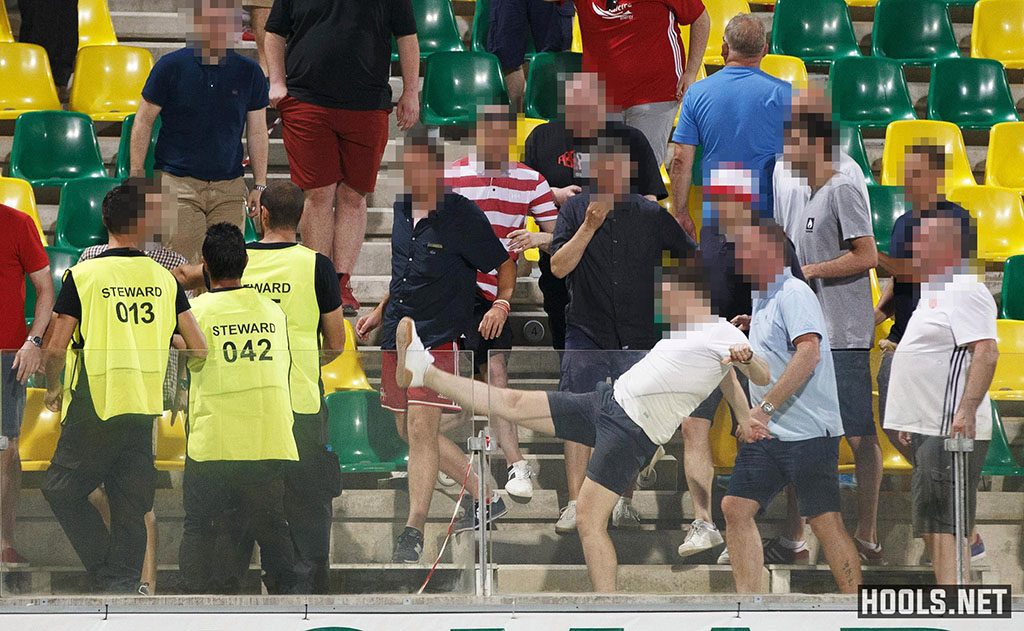 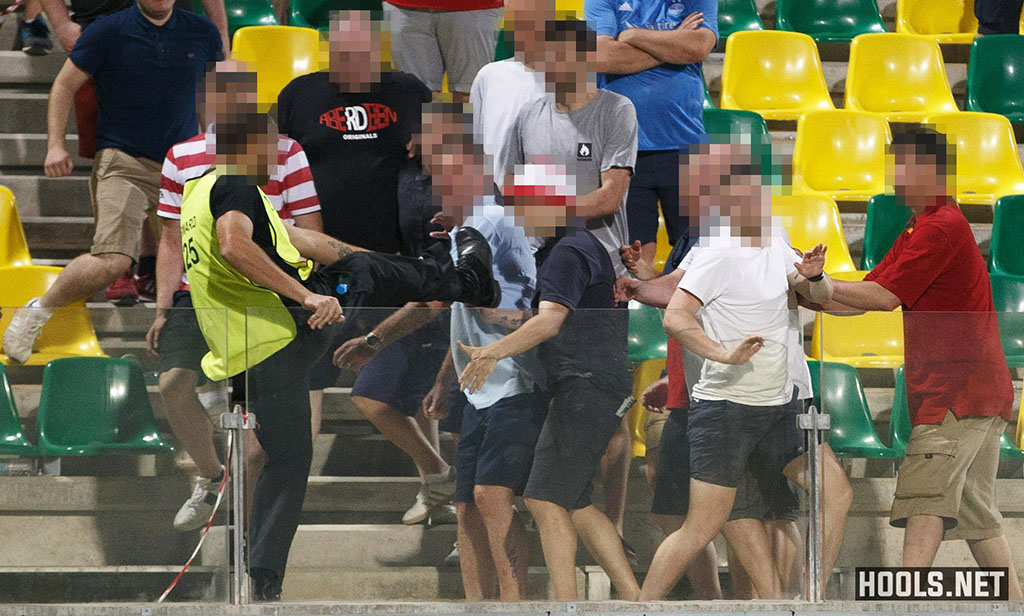 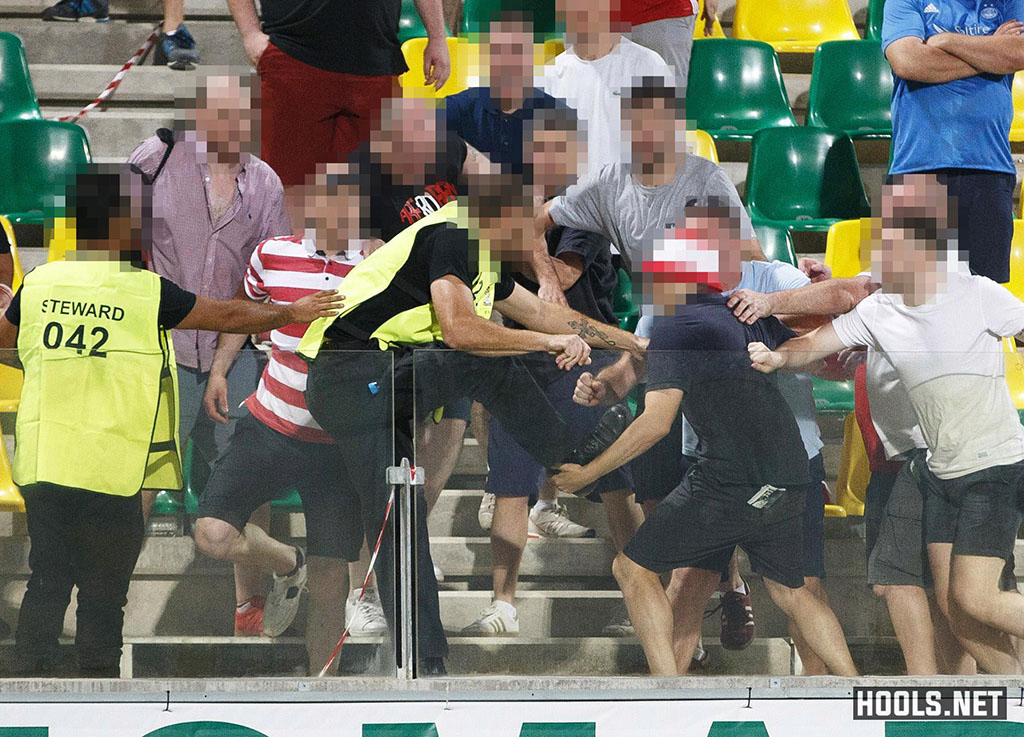 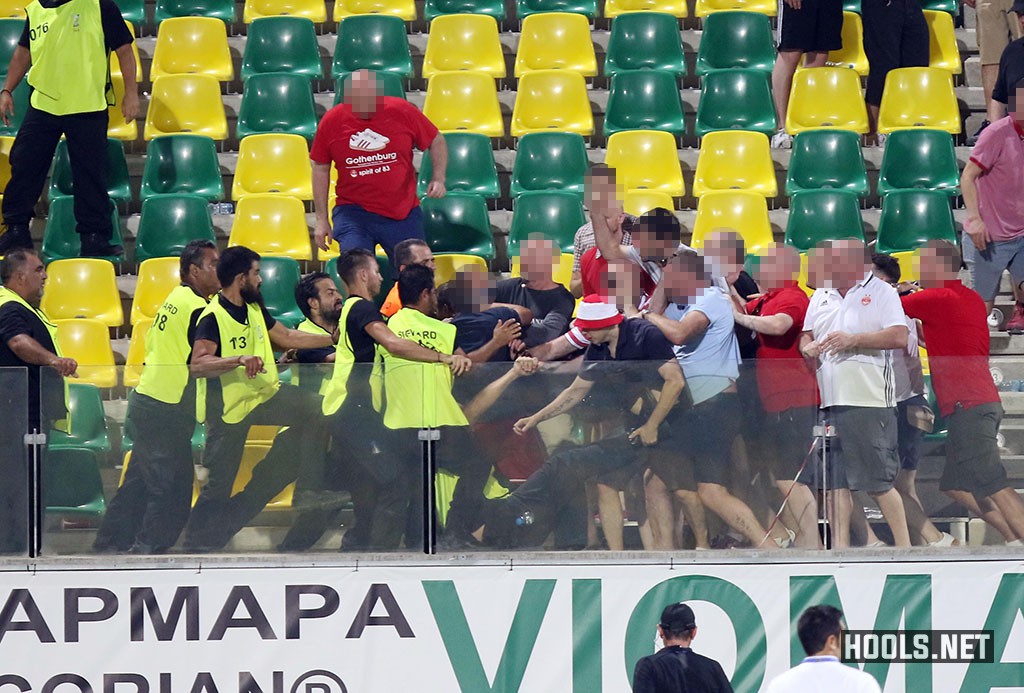 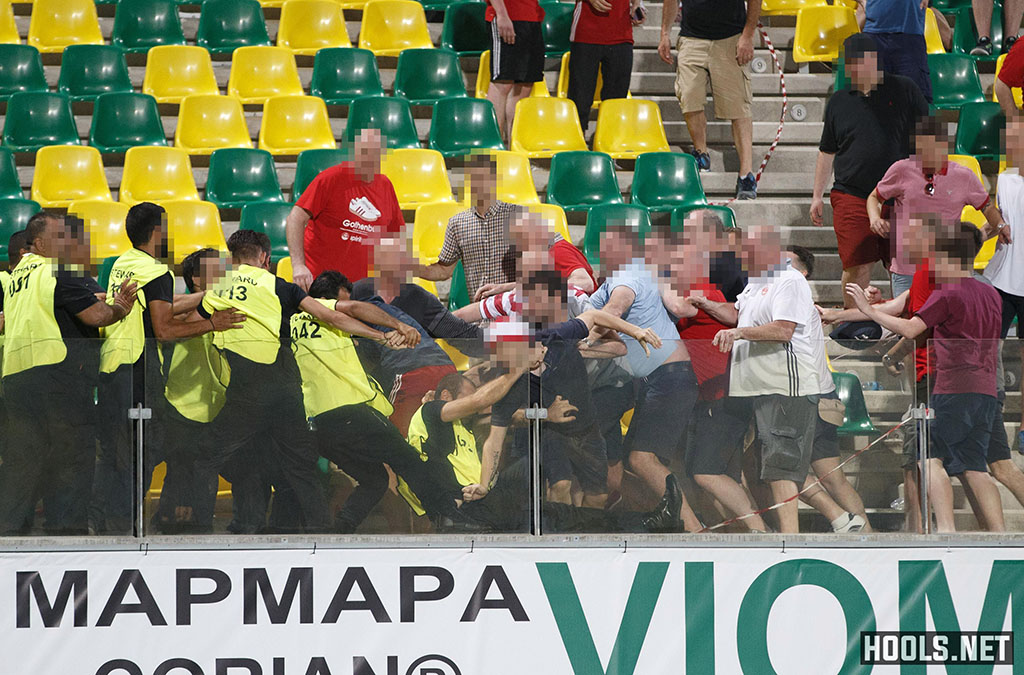 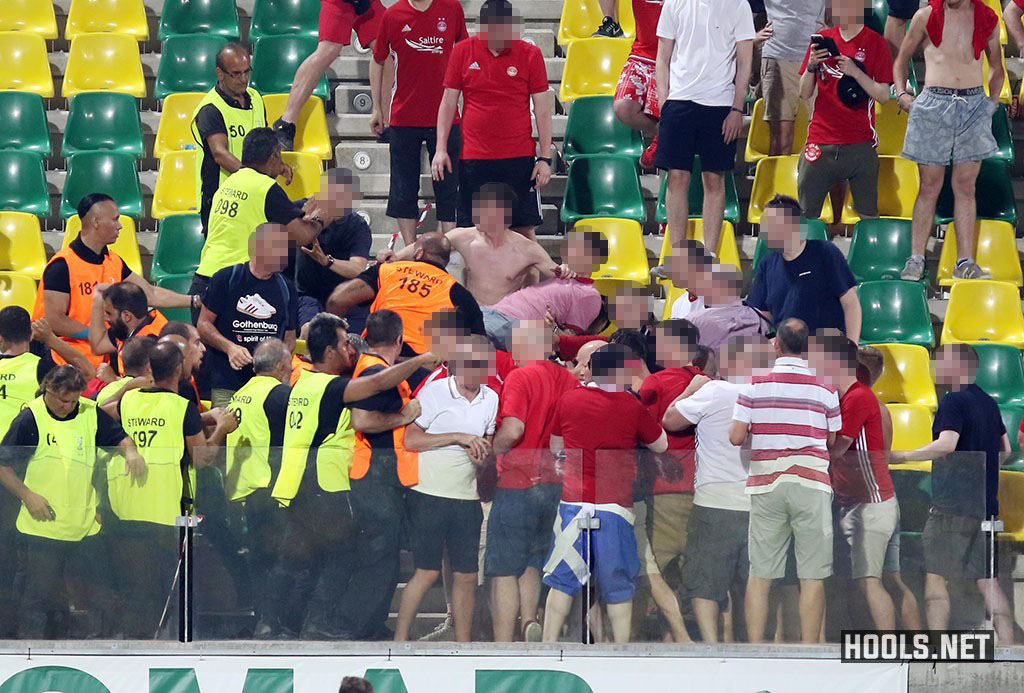 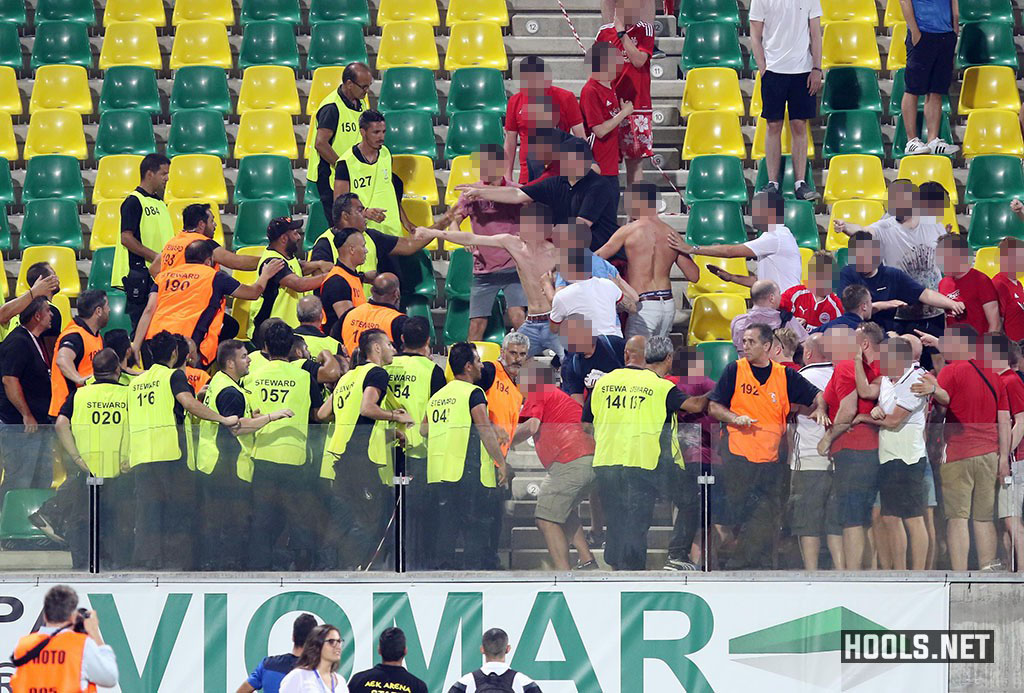 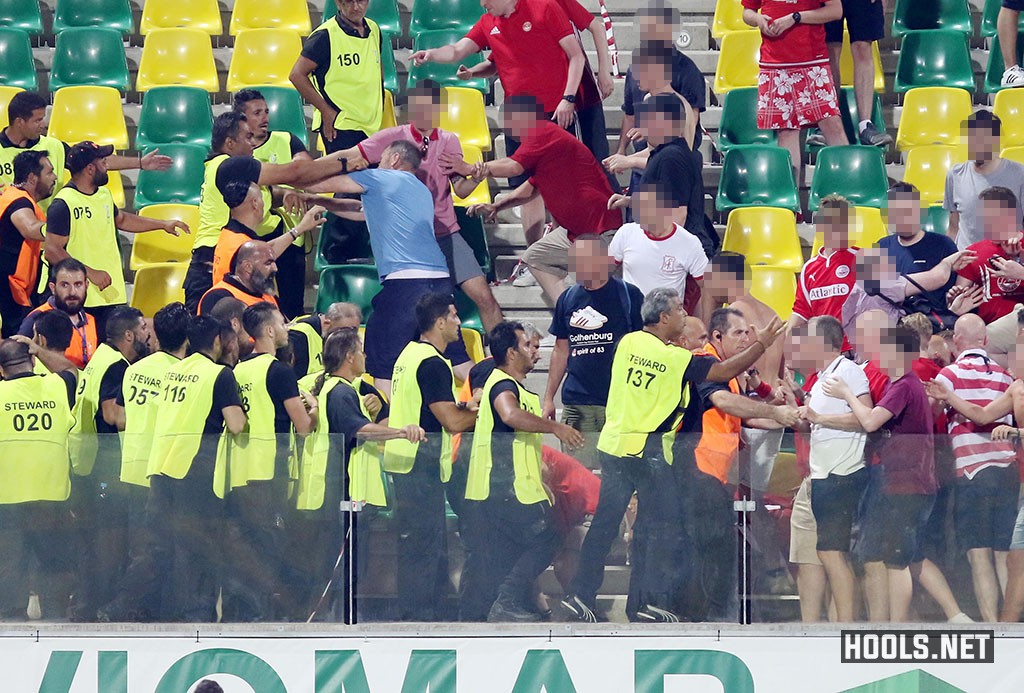 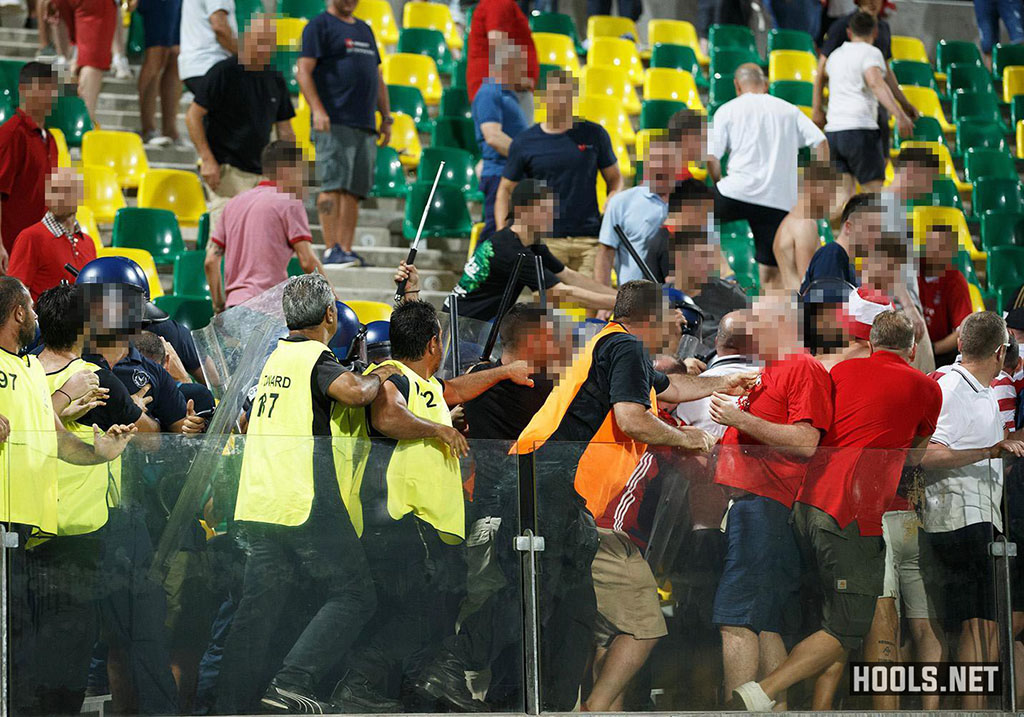 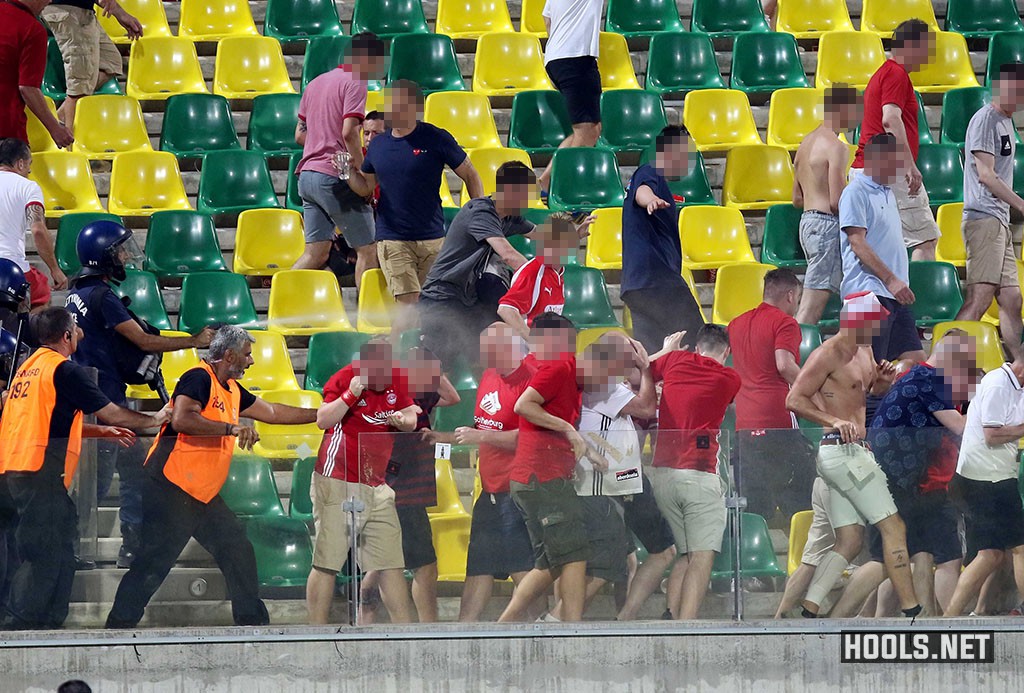 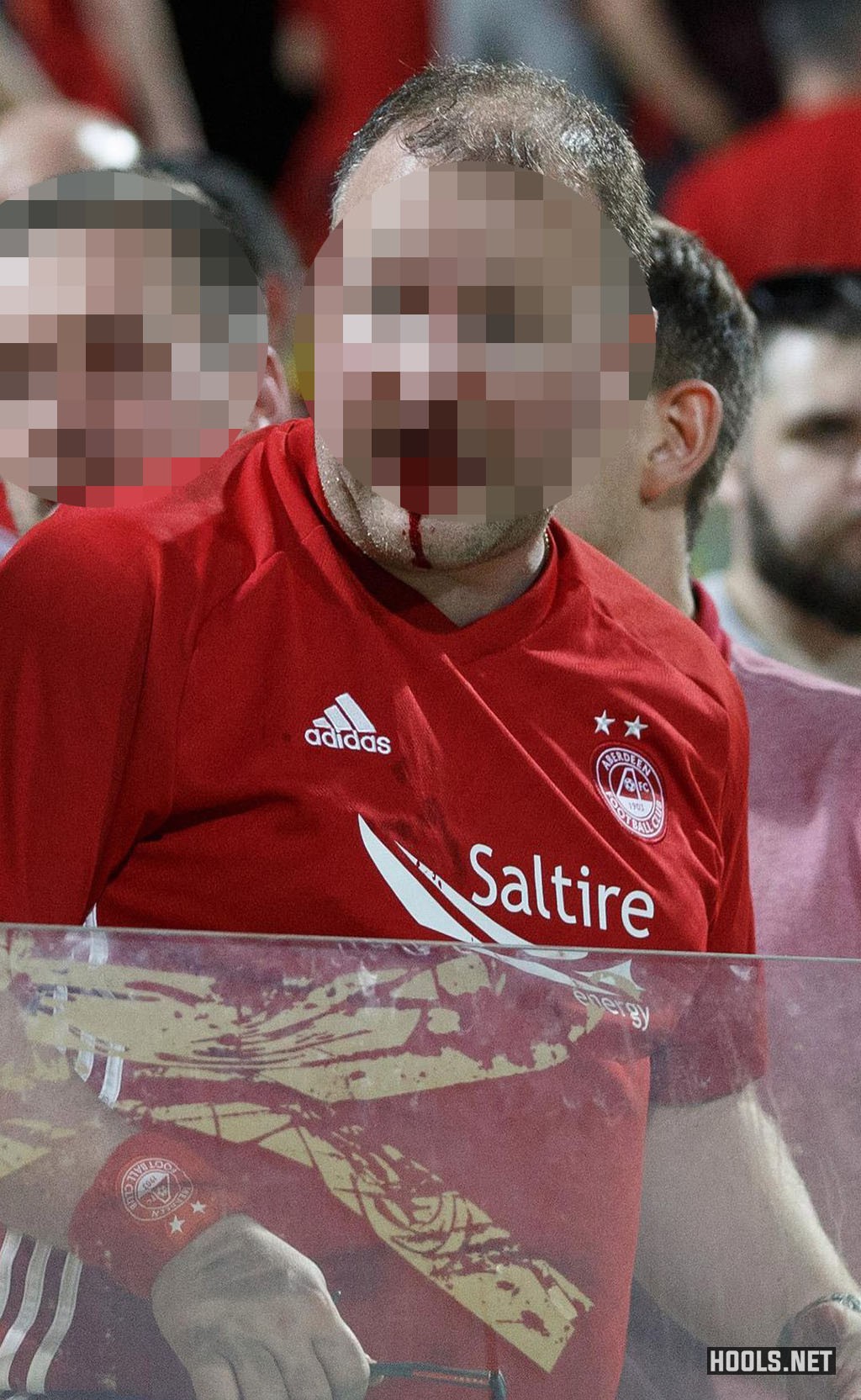 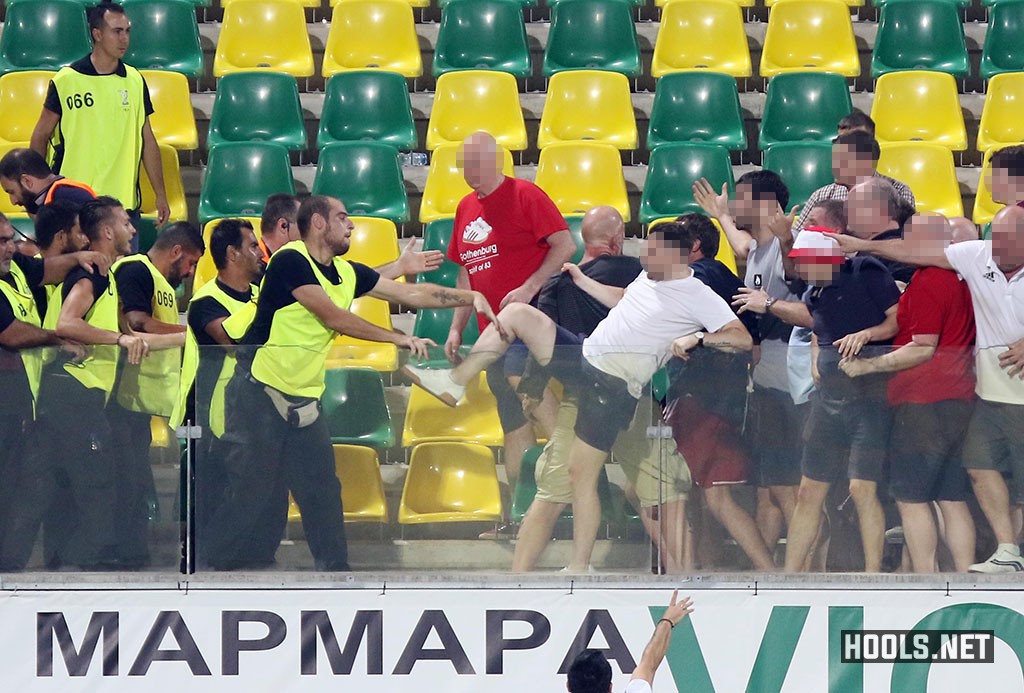