Alianza Lima fans clashed with church members on Monday in a dispute over who owns a plaza in front of the Alejandro Villanueva stadium.

Early in the day, hundreds of members of an evangelical church – wearing sky blue t-shirts and yellow construction helmets – managed to break into the car park at Alianza Lima’s stadium, taking advantage of a lack of security at that time of day.

They painted walls to cover images of the club’s most iconic players and the emblem and then attempted to barricade themselves into the car park. This sparked a furious reaction from Alianza Lima fans.

The club’s fans soon arrived and the two sides clashed. Cops used tear gas to break up the fight.

Several fans were detained and one of the church members was injured. 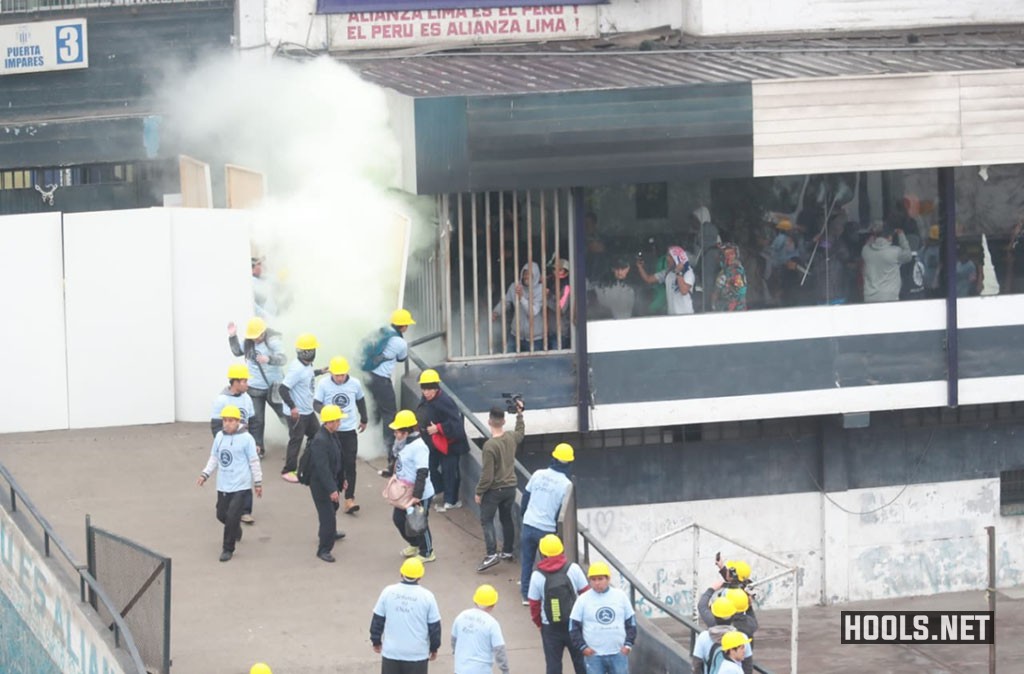 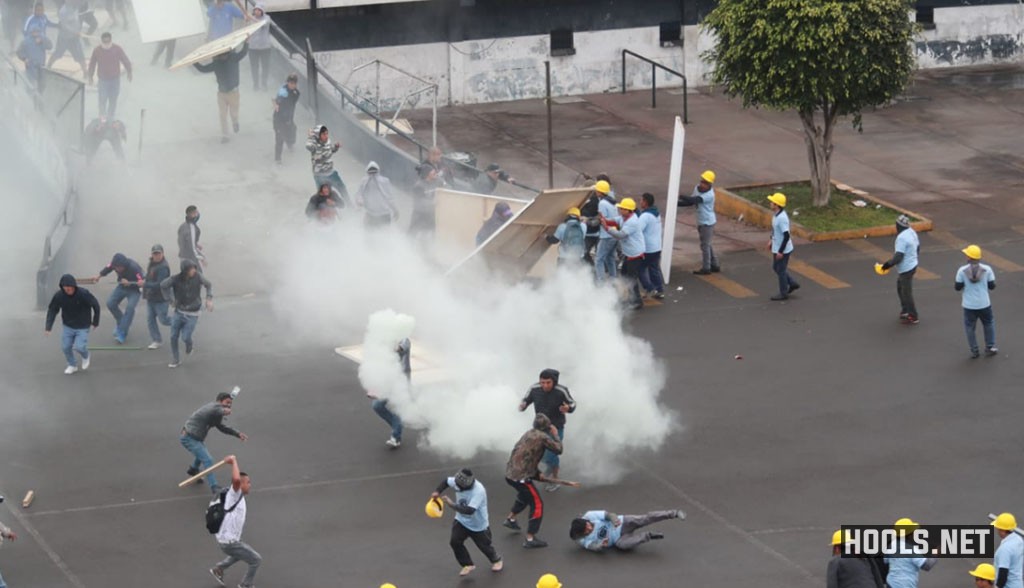 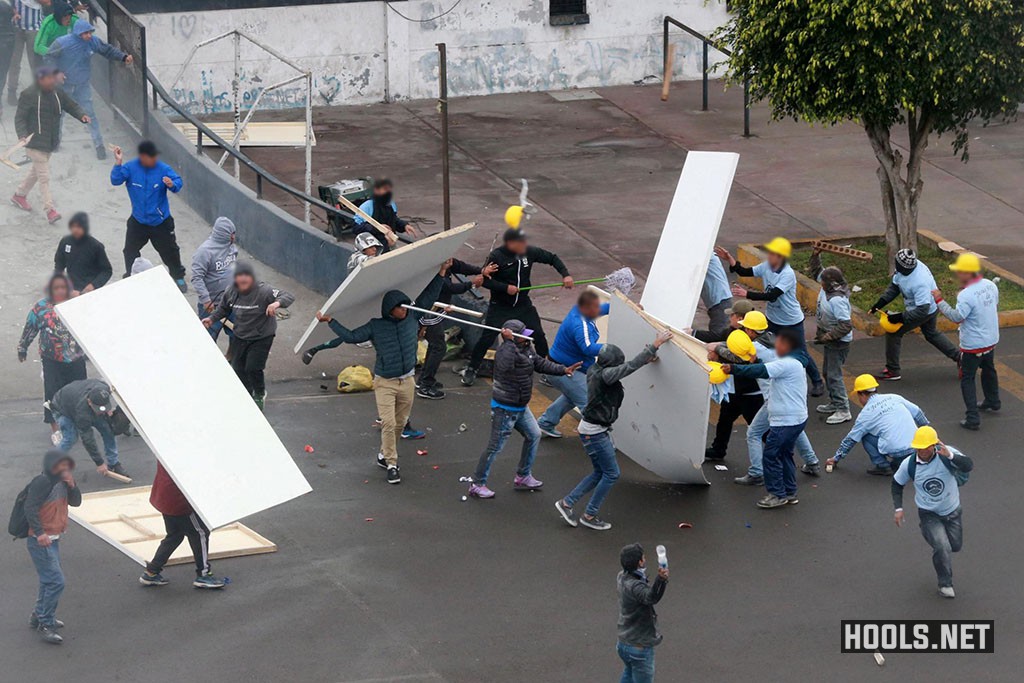 Alianza Lima fans and evangelical Christians clash near the stadium 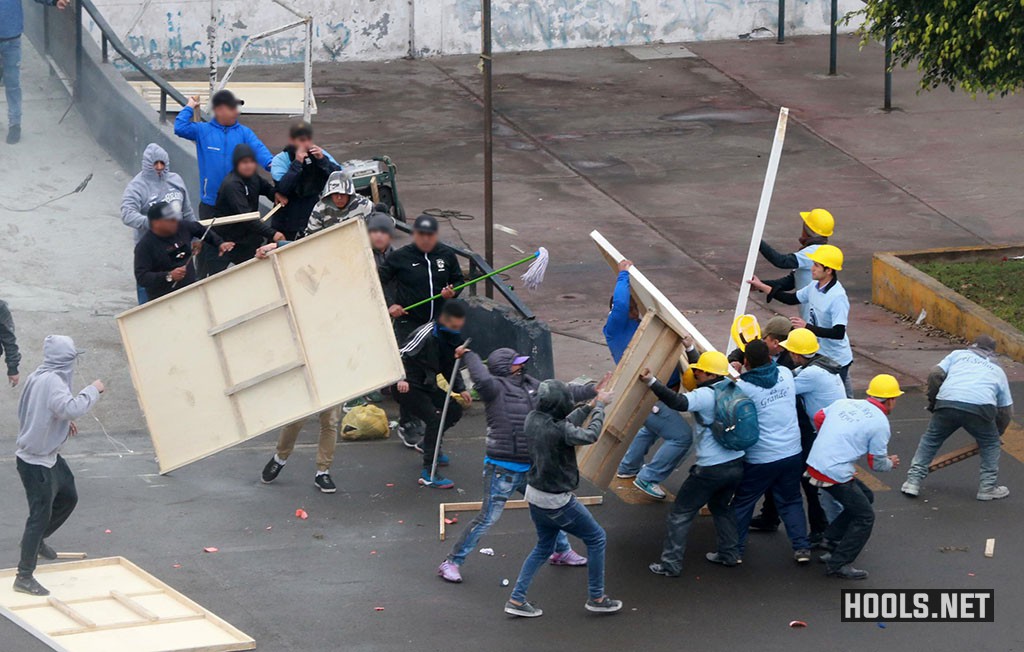 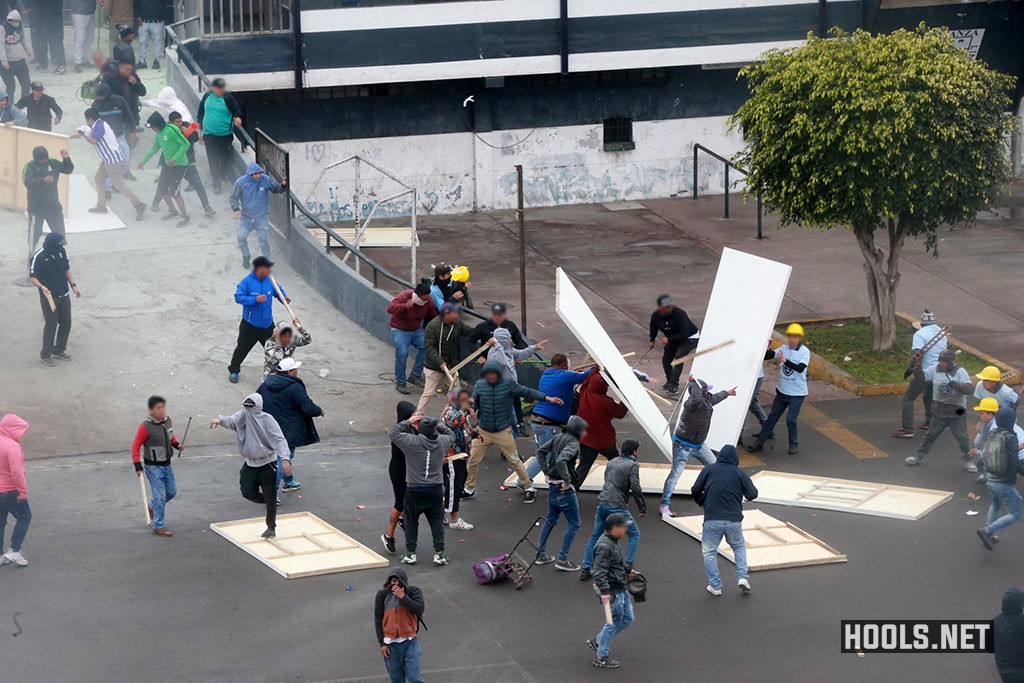 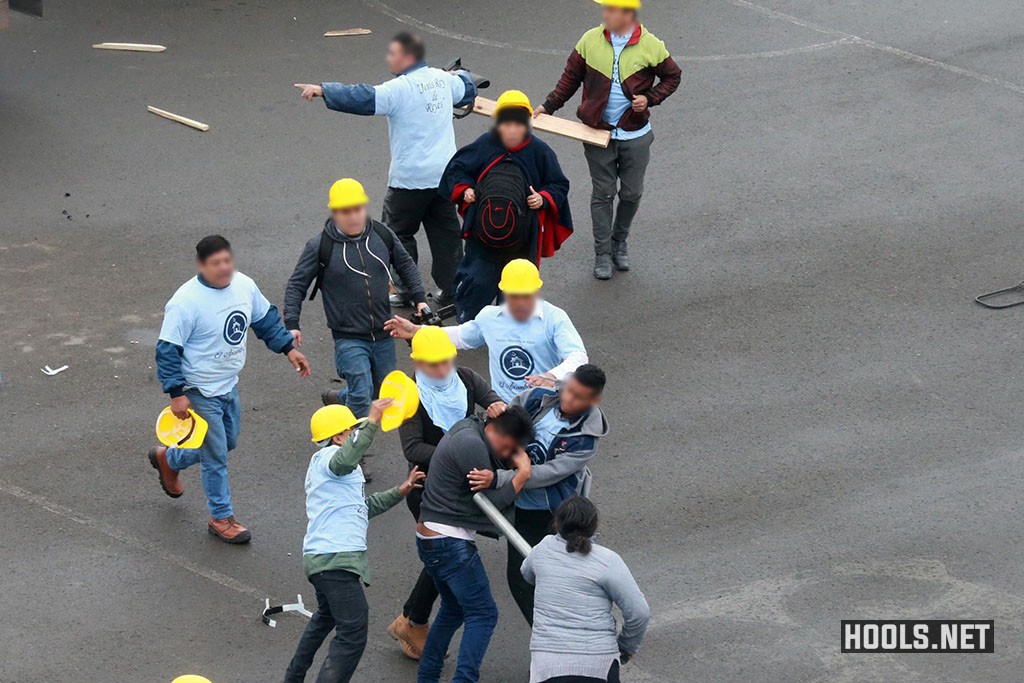 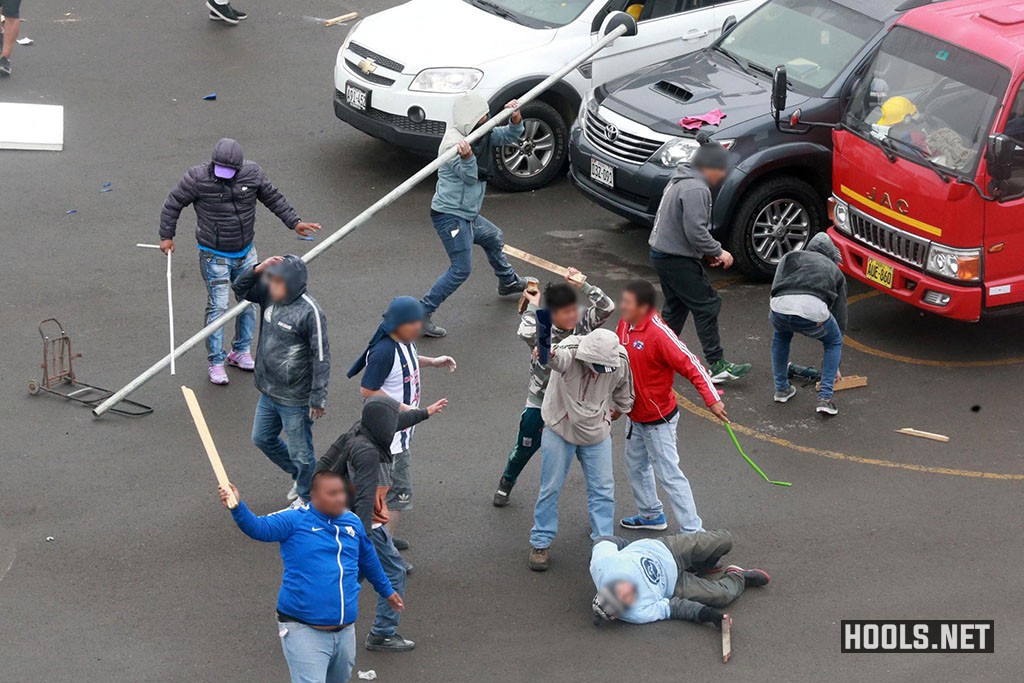 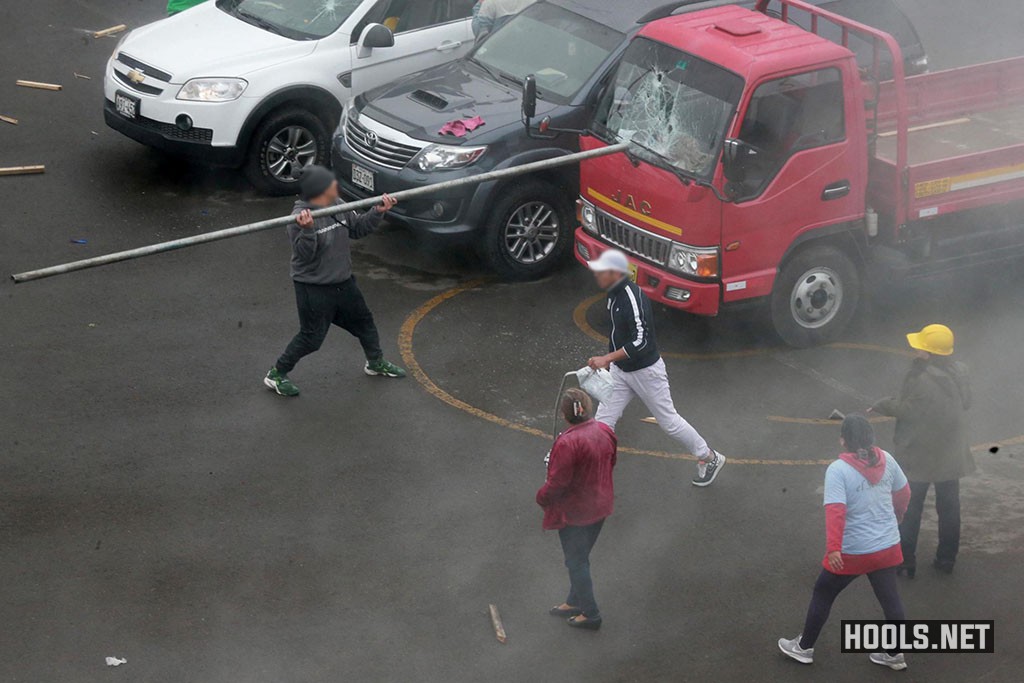 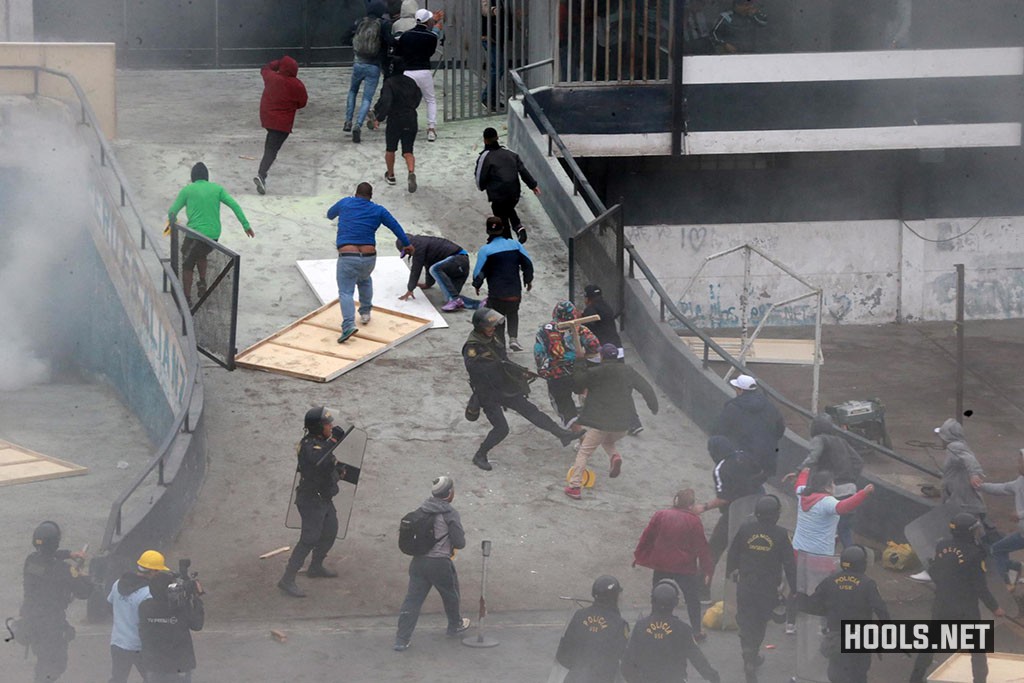 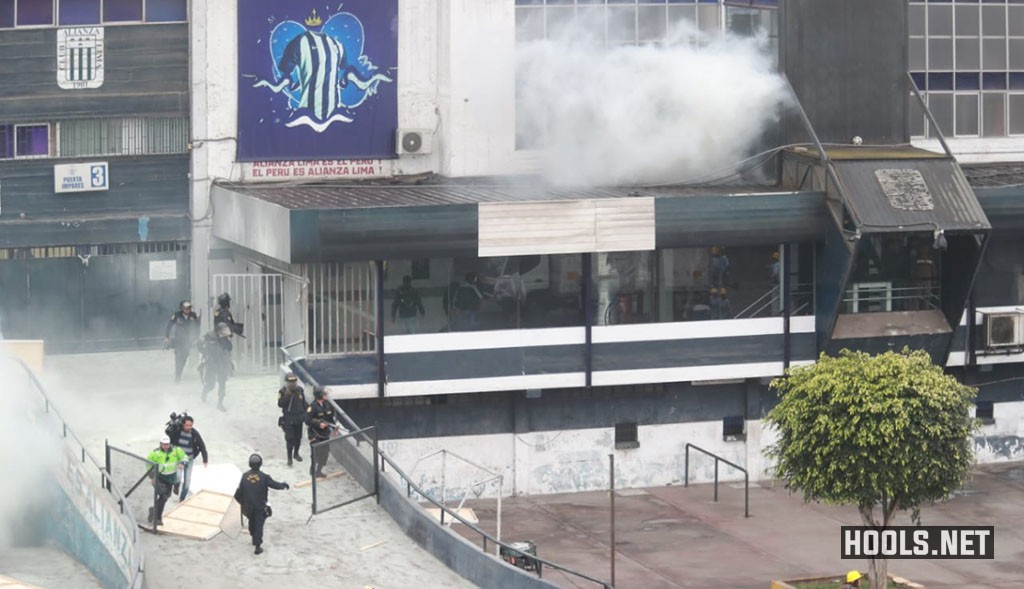 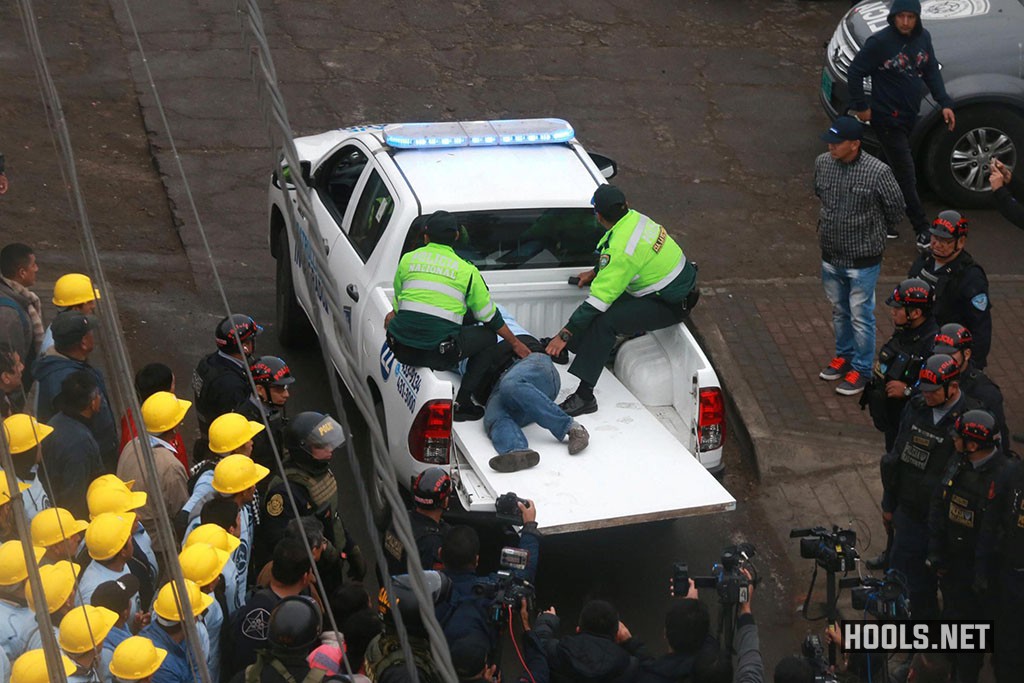 Police transport an injured man after the clash 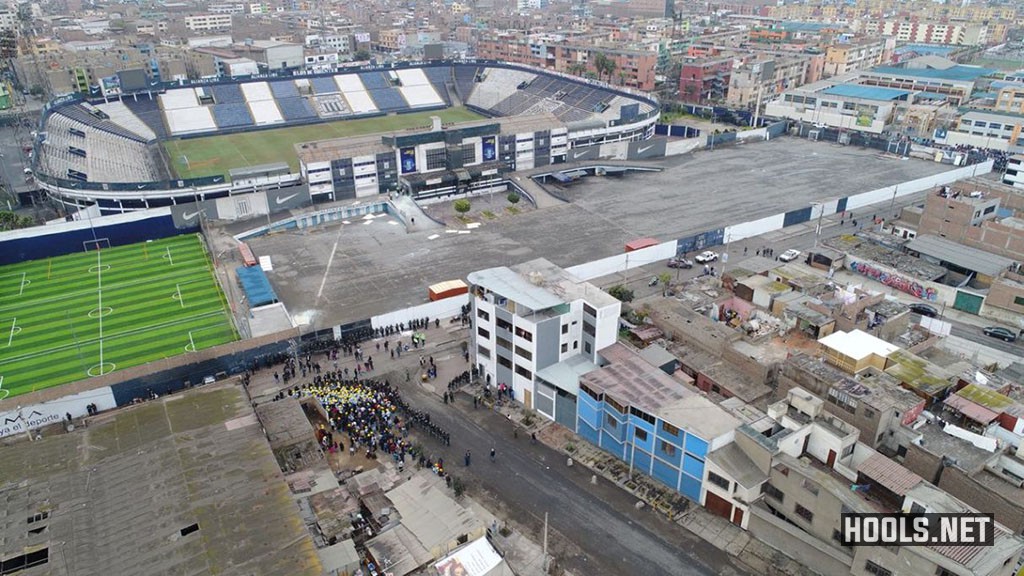 An aerial view of the Estadio Alejandro Villanueva 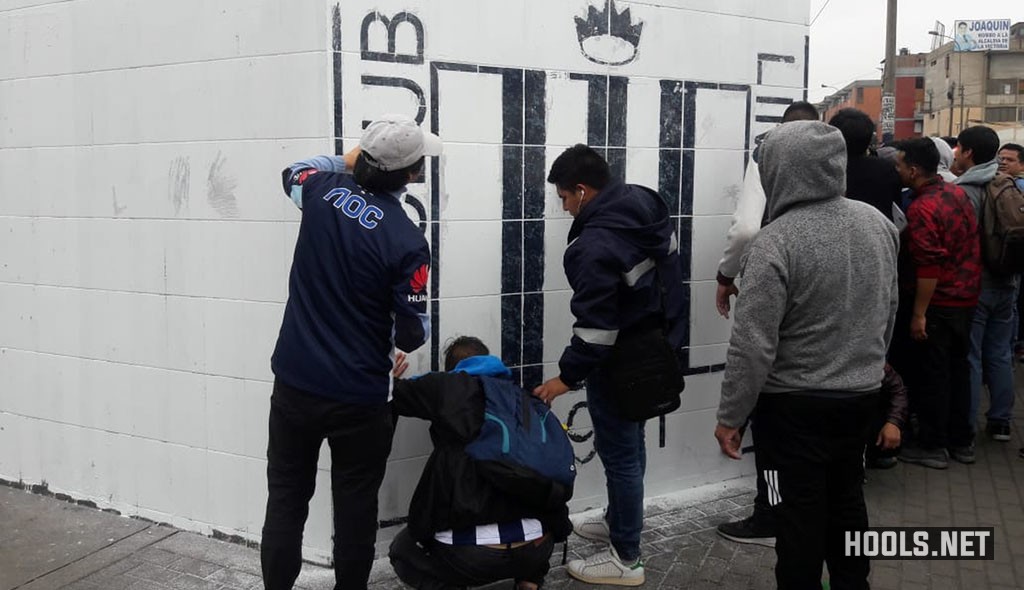 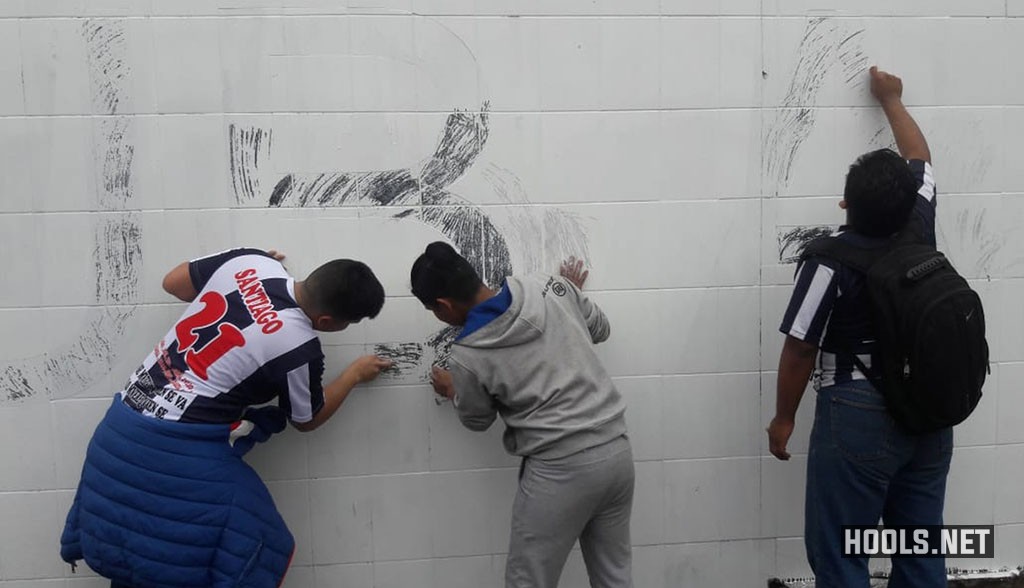