Athletic Bilbao and Spartak Moscow fans clashed on the streets of the Basque city ahead of their Europa League match on Thursday night.

A large police force was deployed ahead of the game to try and prevent any trouble, but clashes broke out anyway.

Bottles, flares and fireworks were thrown between Russian and Spanish fans when Spartak Moscow supporters were making their way to Bilbao’s San Mames stadium.

Russian and Basque fans were also seen fighting, throwing flares and other objects near the ground.

According to local media reports, one police officer died in hospital, where he had been taken following a heart attack when the Ertzaintza – the local Basque police force – was trying to restore order.

At least nine people were arrested, including three Russians and one Pole. 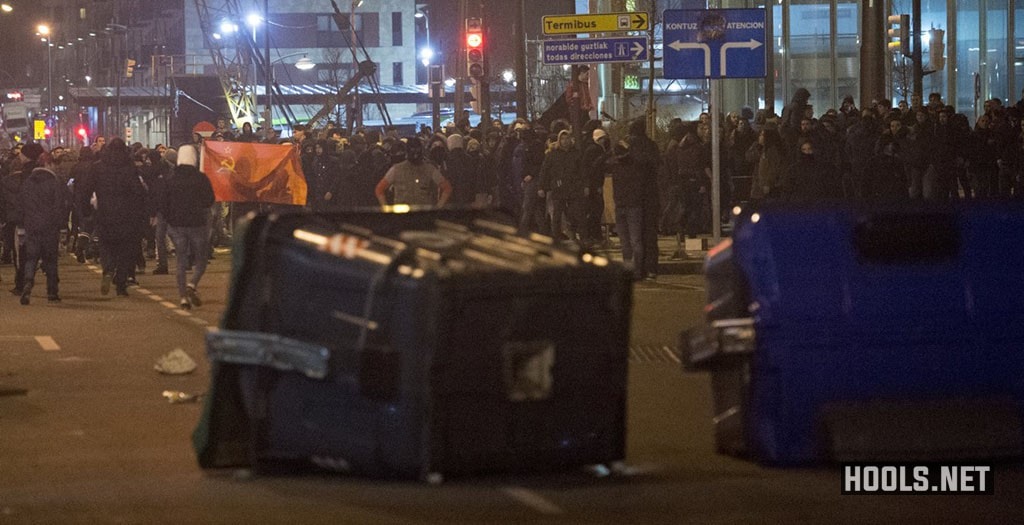 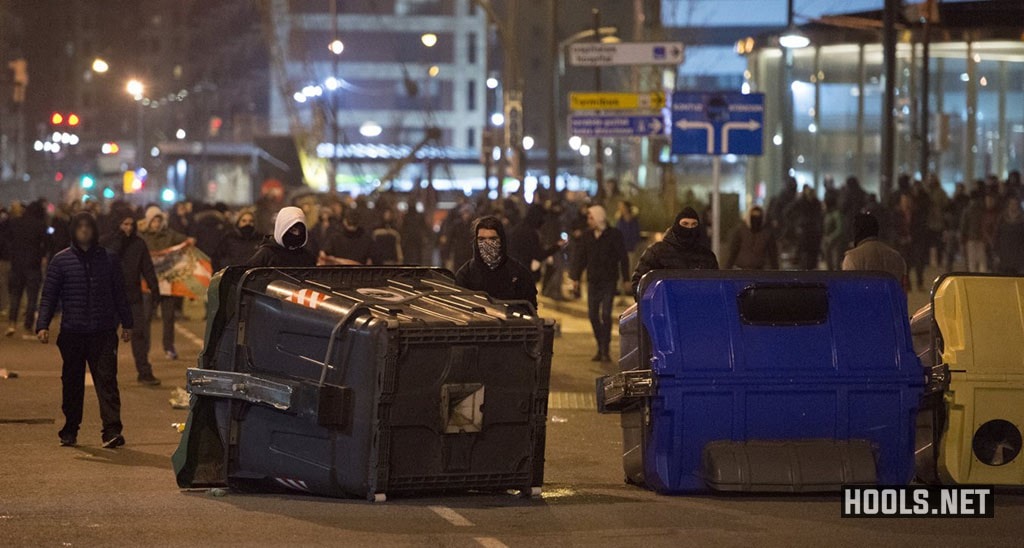 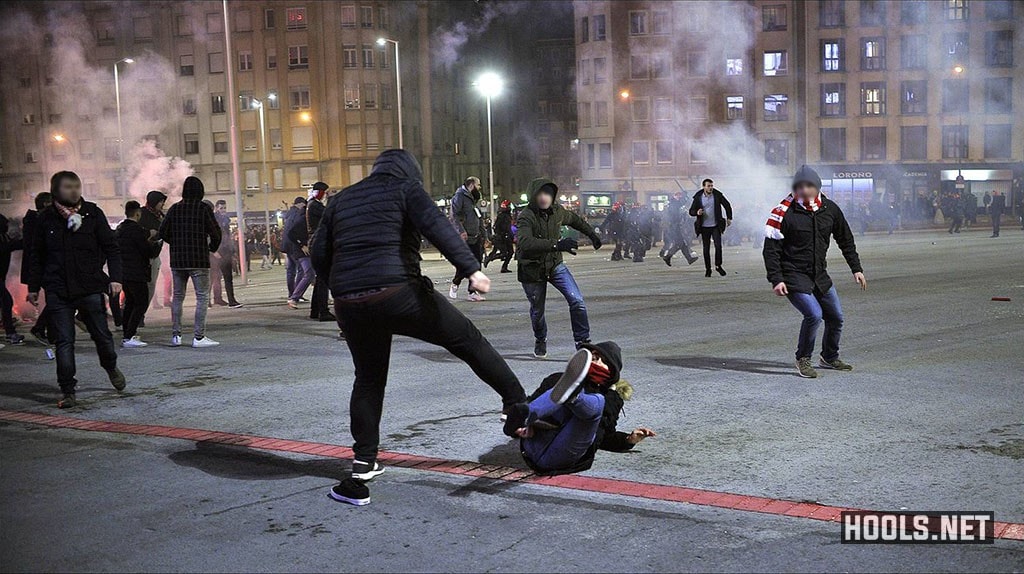 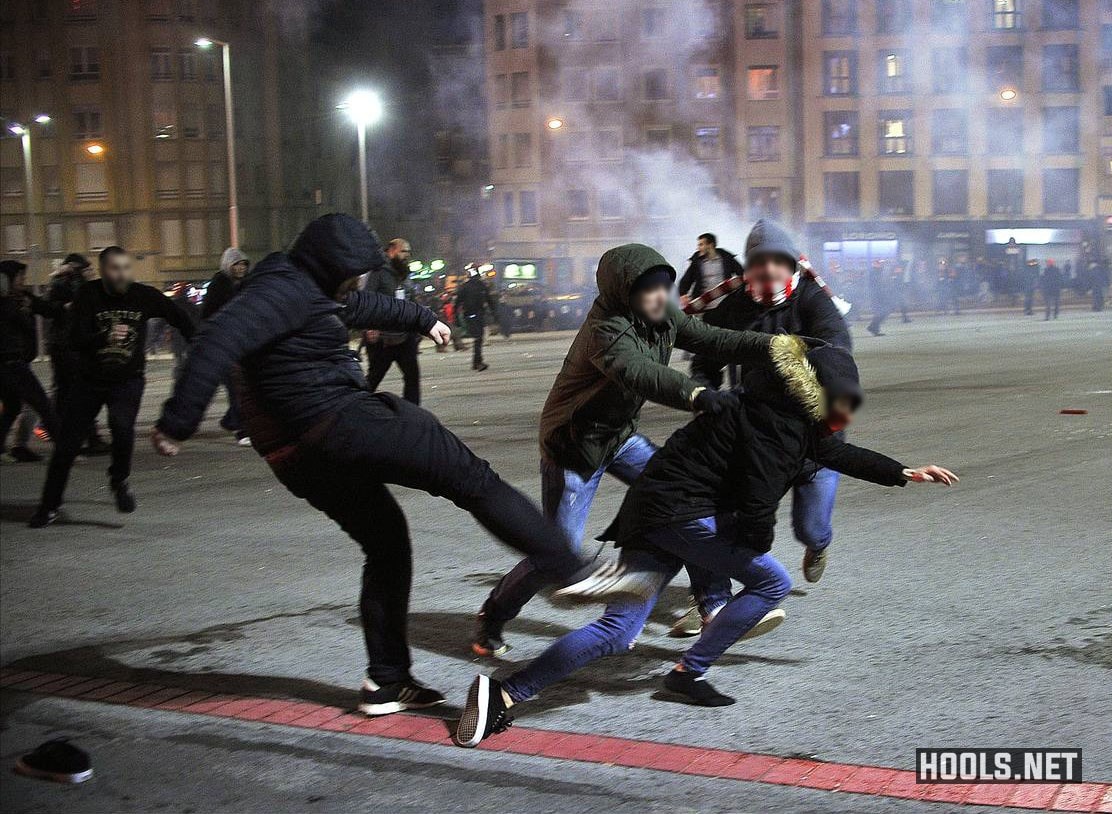 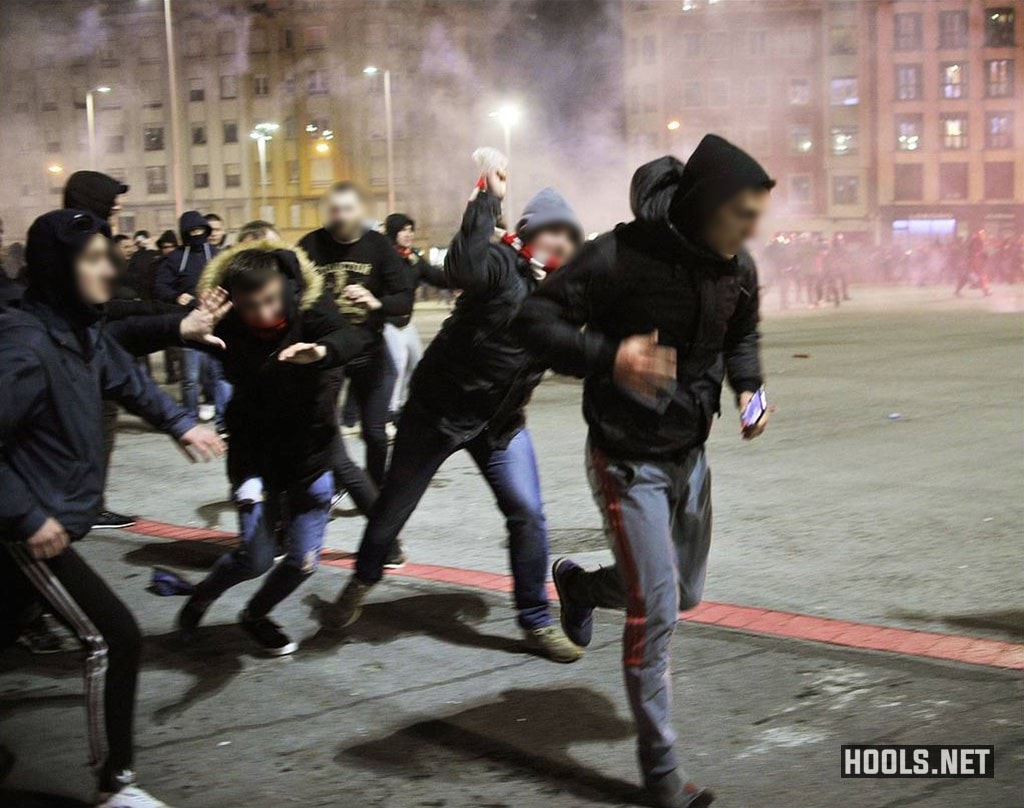 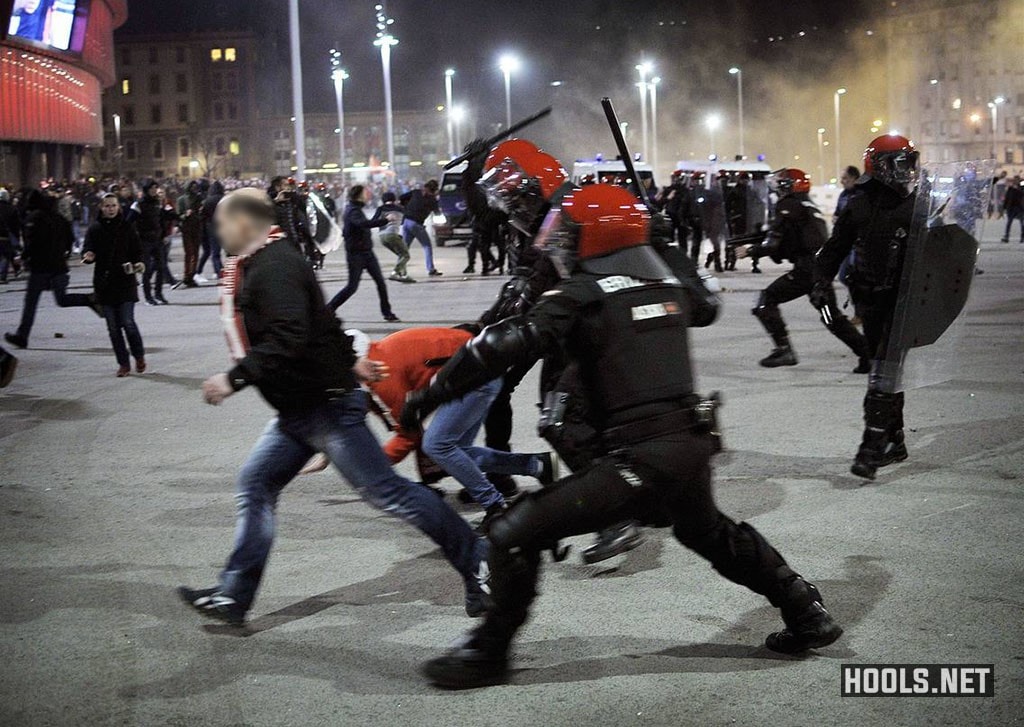 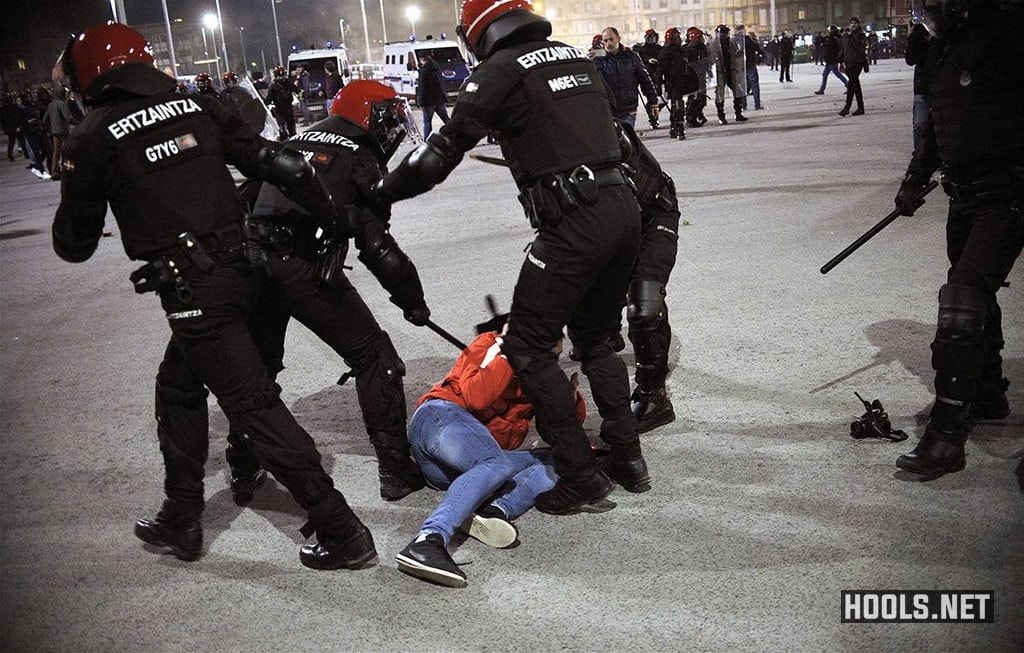 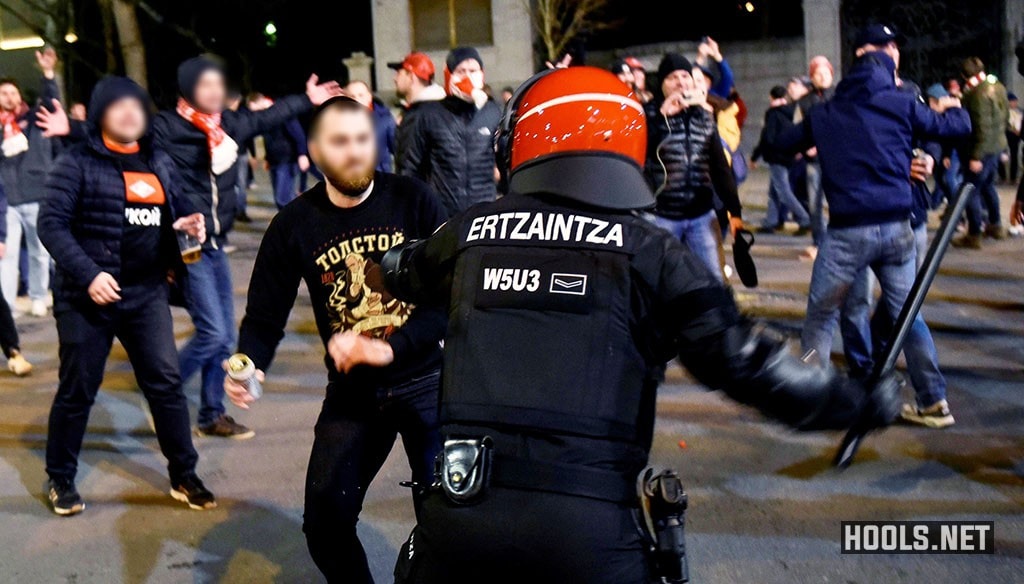 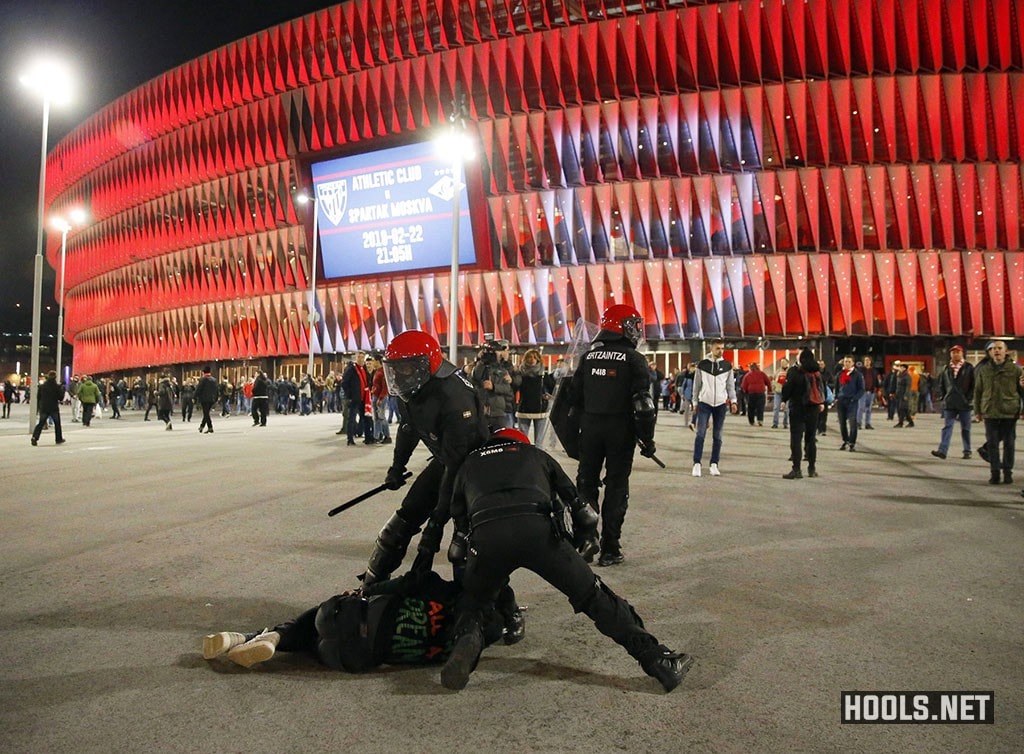 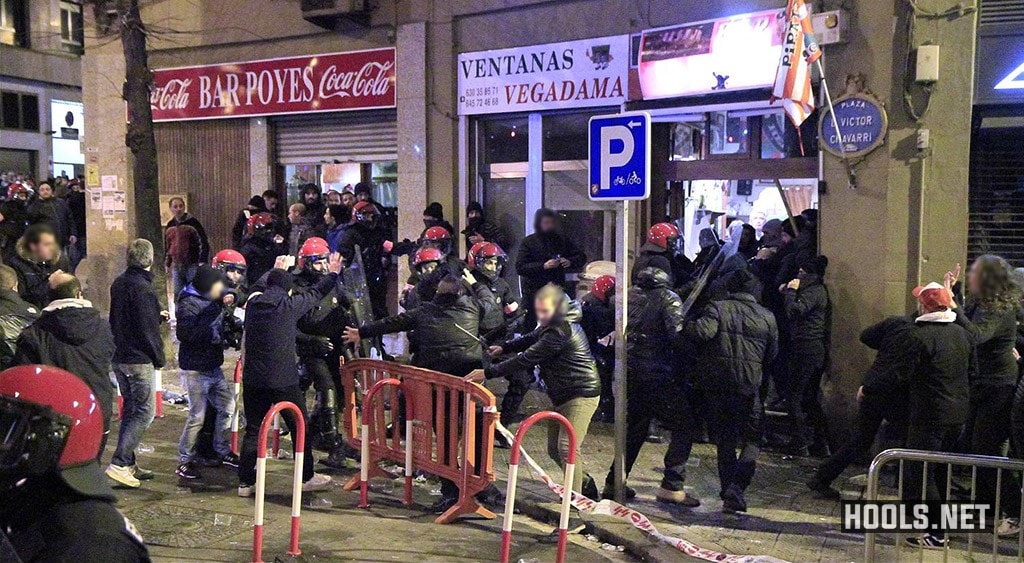 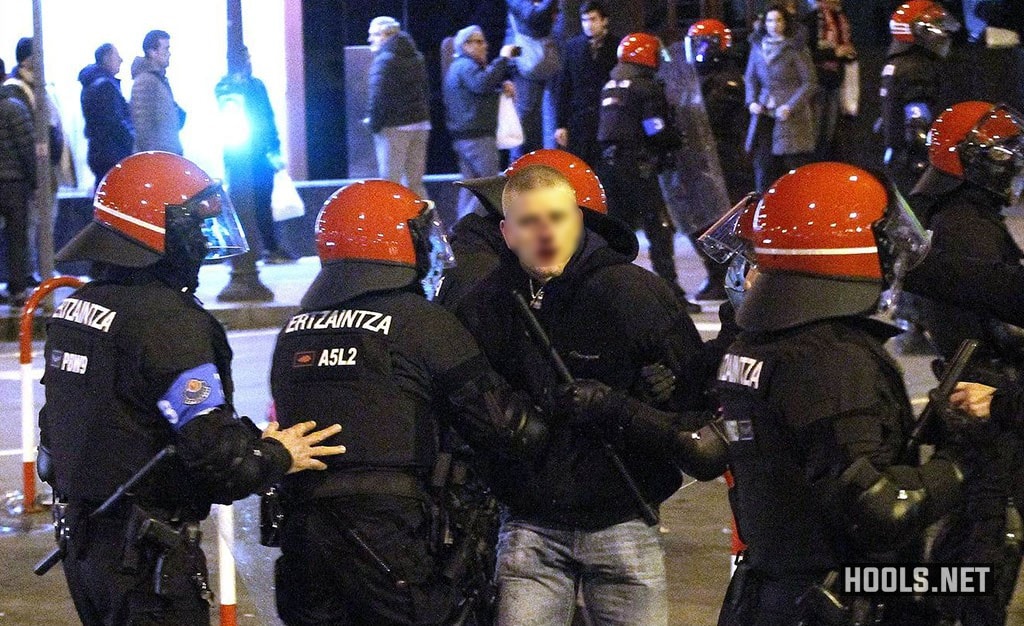 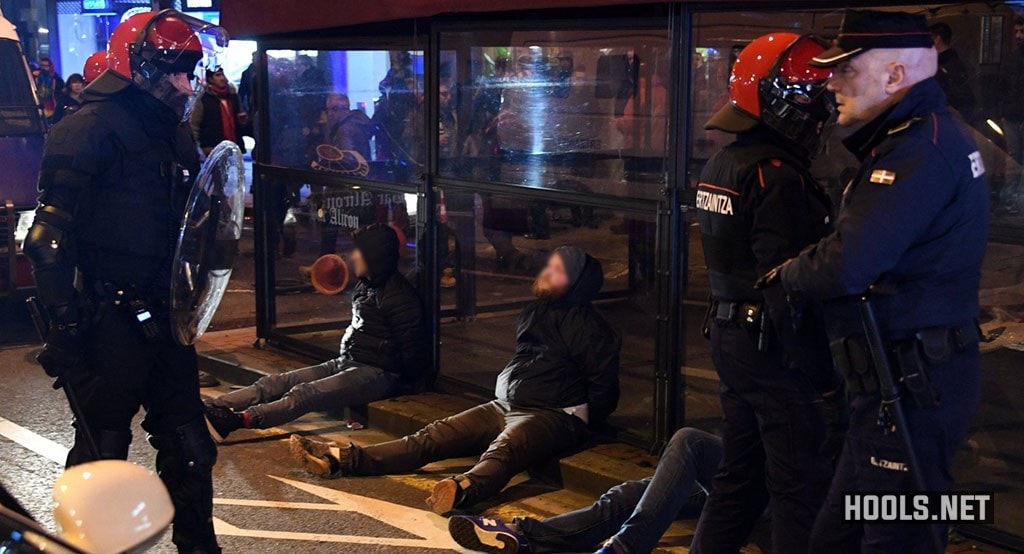 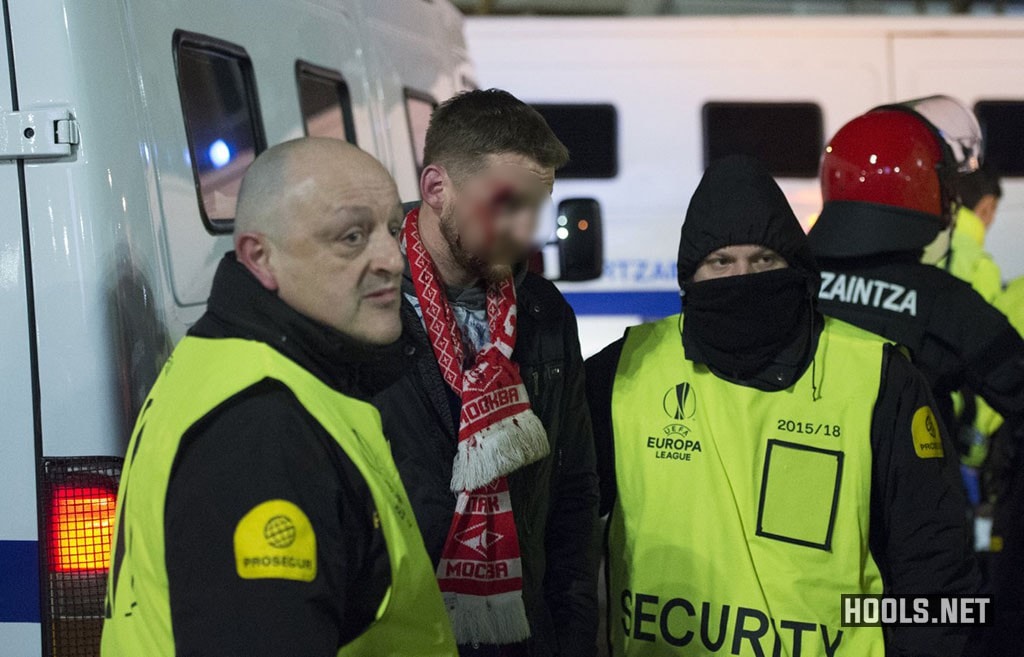 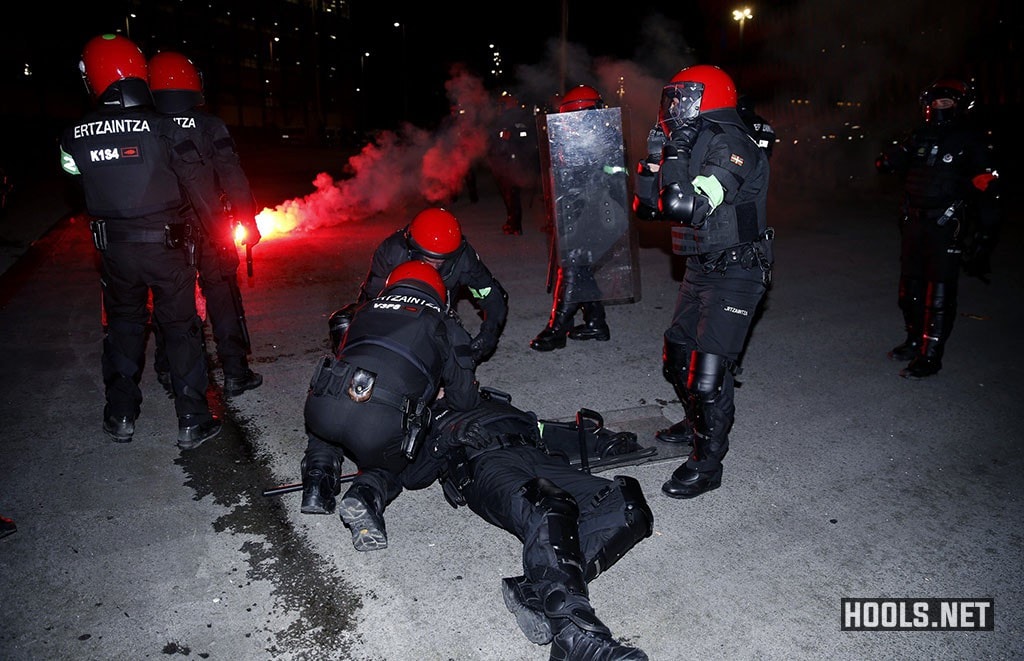