Fan trouble broke out at the DW Stadium after Wigan Athletic’s 1-0 win over Manchester City in the FA Cup on Monday evening.

After the final whistle, Wigan fans spilled onto the pitch to congratulate their players, although one supporter was involved in a confrontation with Manchester City striker Sergio Aguero.

A number of Wigan fans also made their way towards the away end and began to taunt the opposing team’s fans, sparking further disorder.

In response, some angry City fans started to throw bottles and other objects towards the provokers. Then they ripped out advertising hoardings and launched them down onto the pitch, with some hitting cops.

There was also a confrontation between City fans and cops in front of the away end. 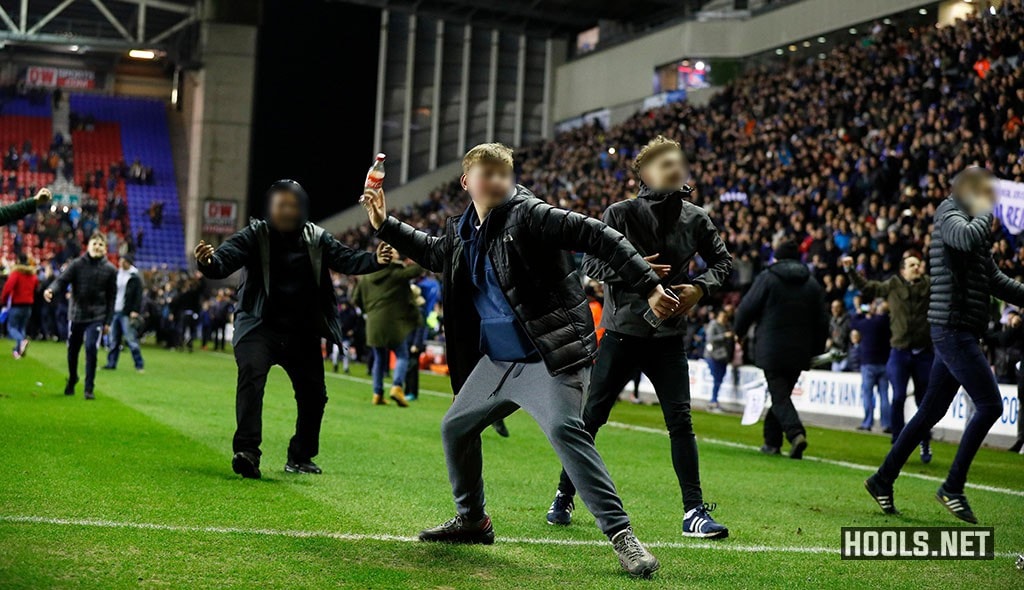 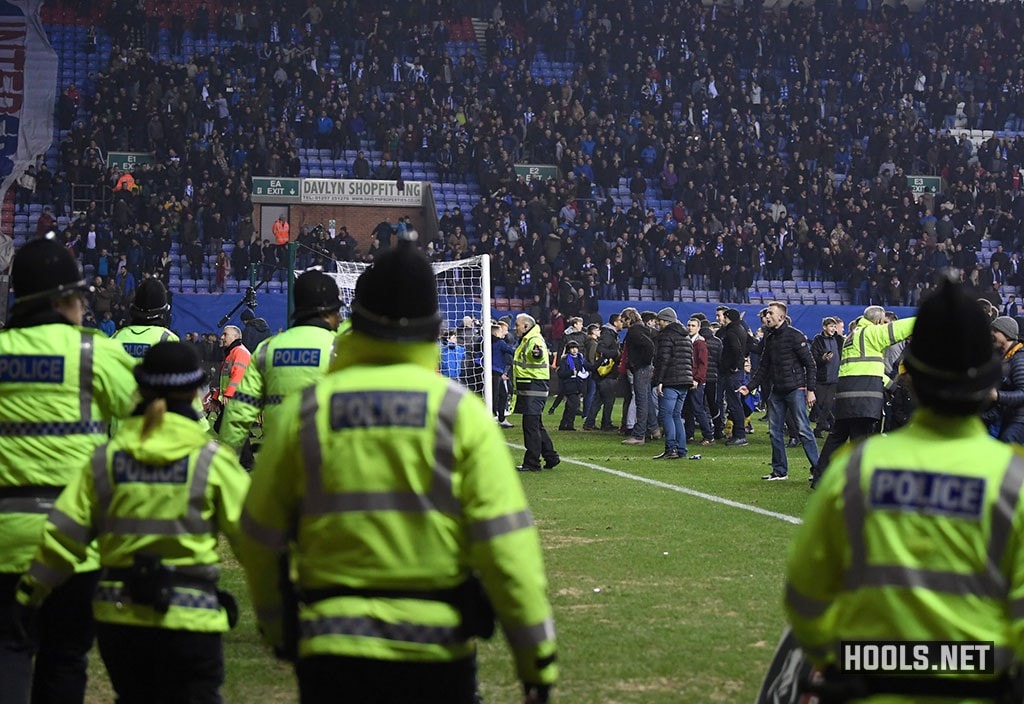 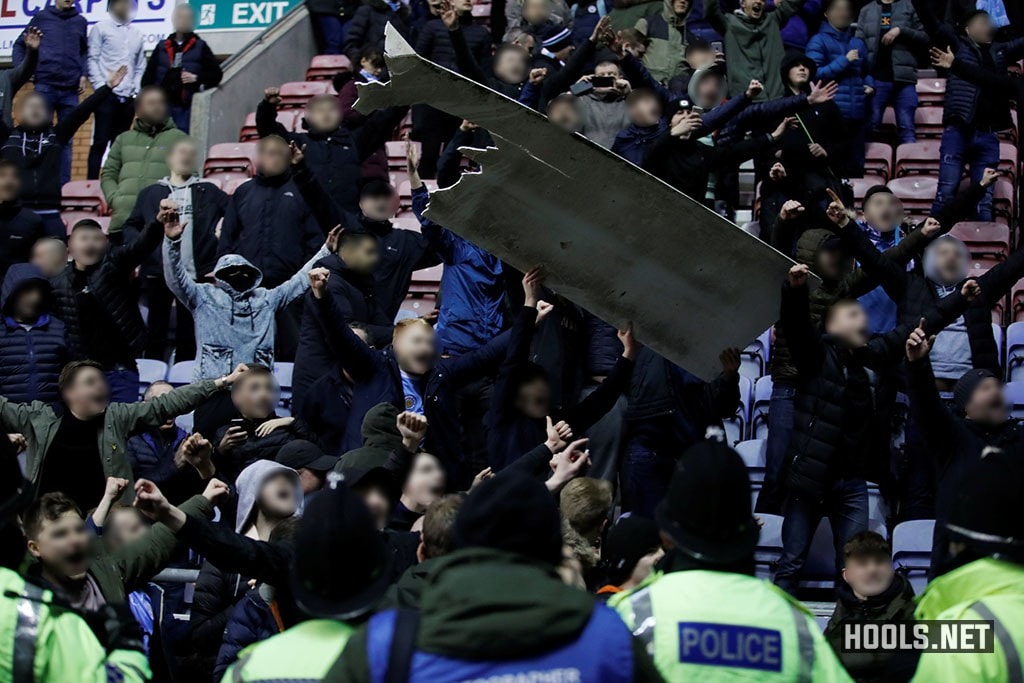 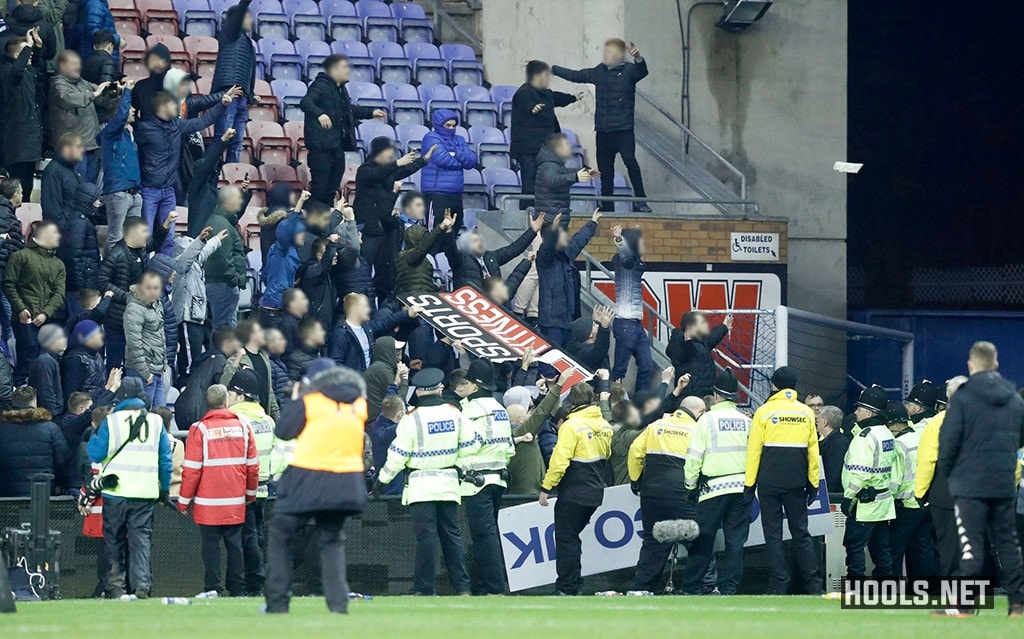 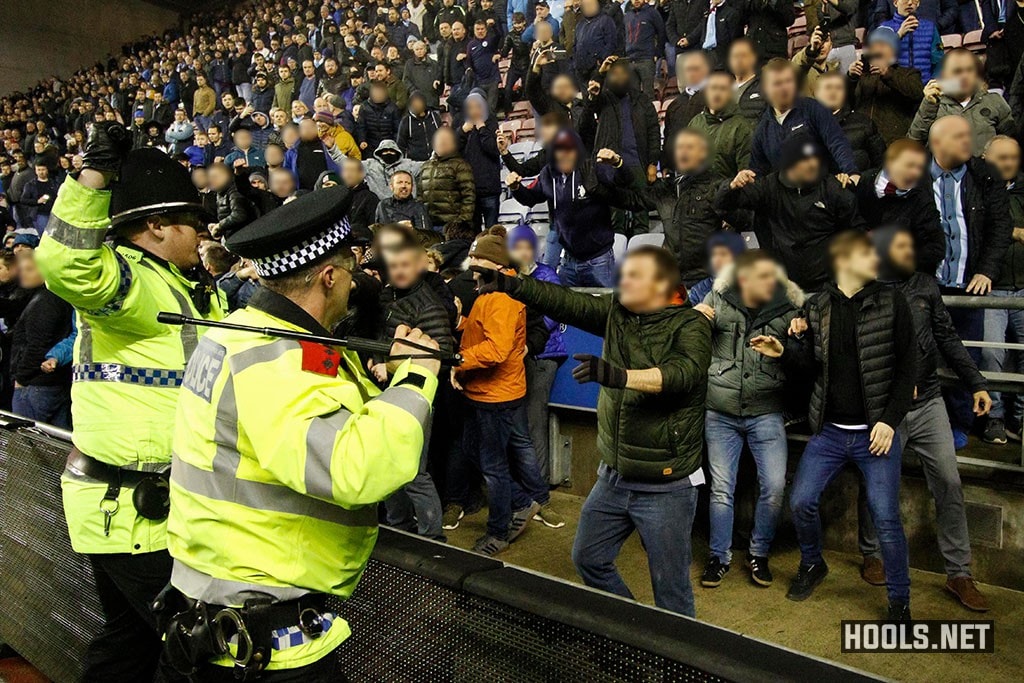 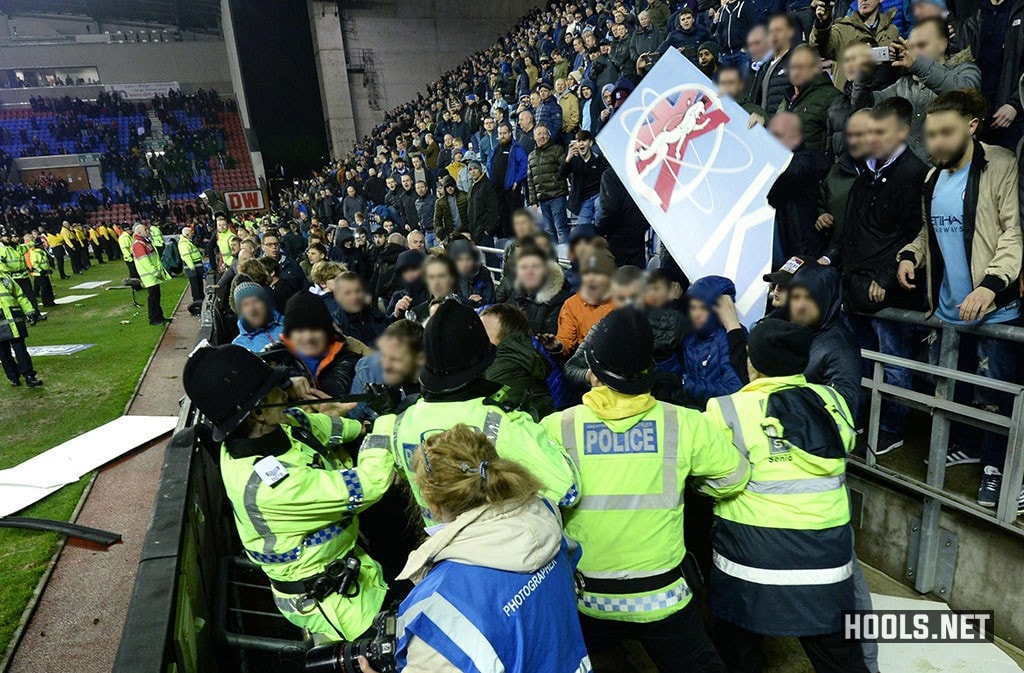 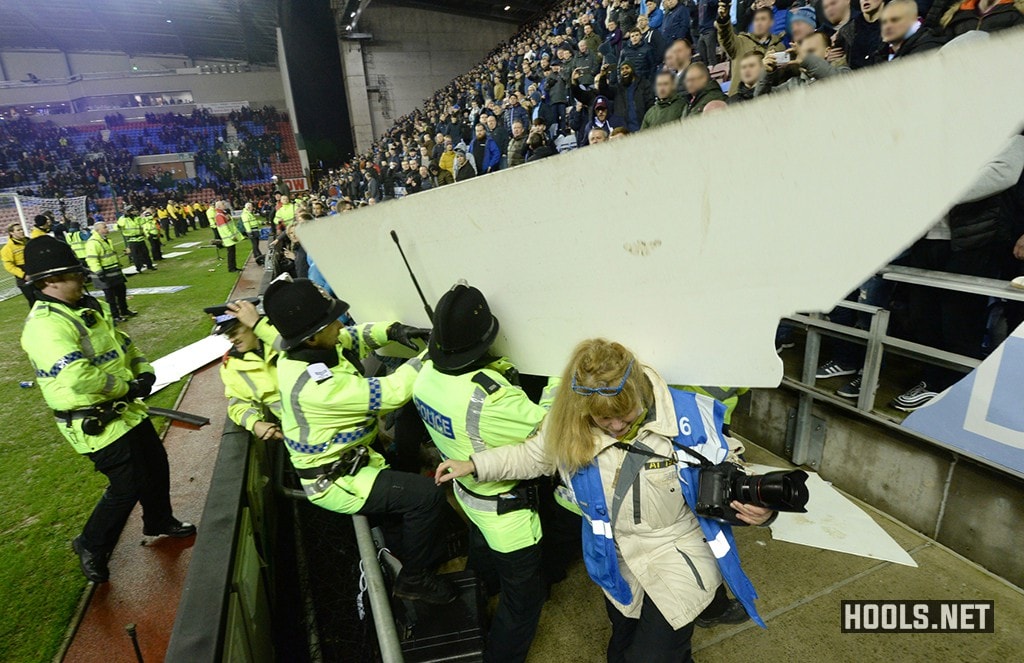 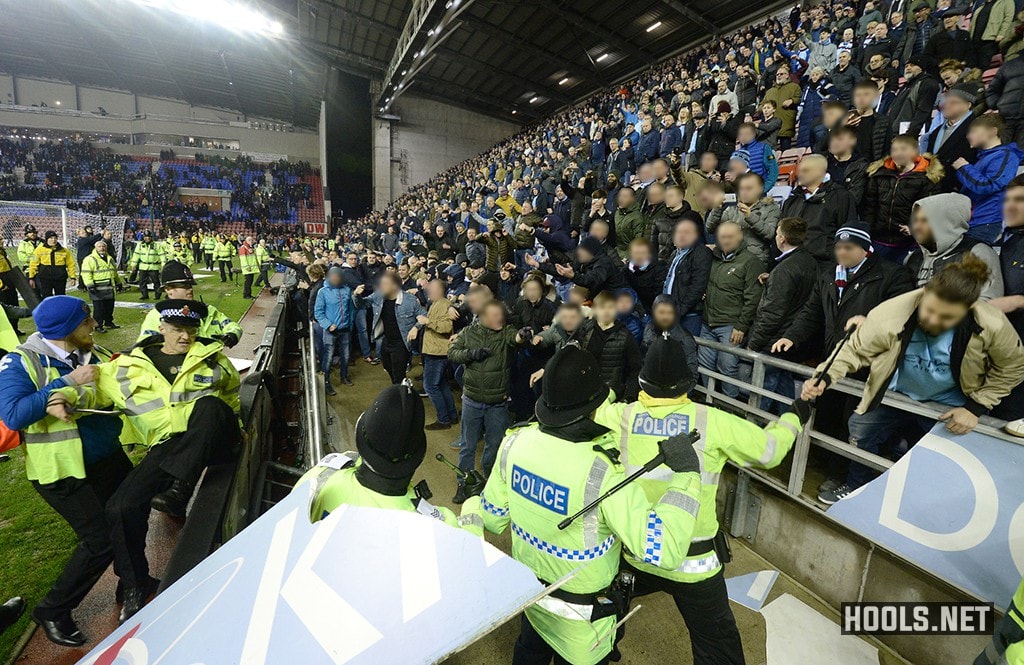 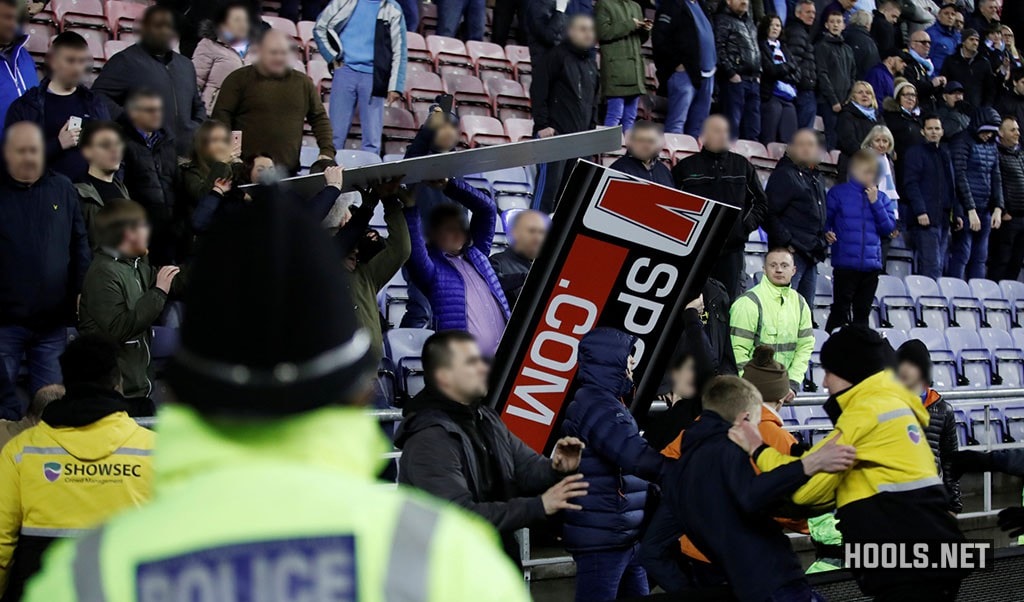 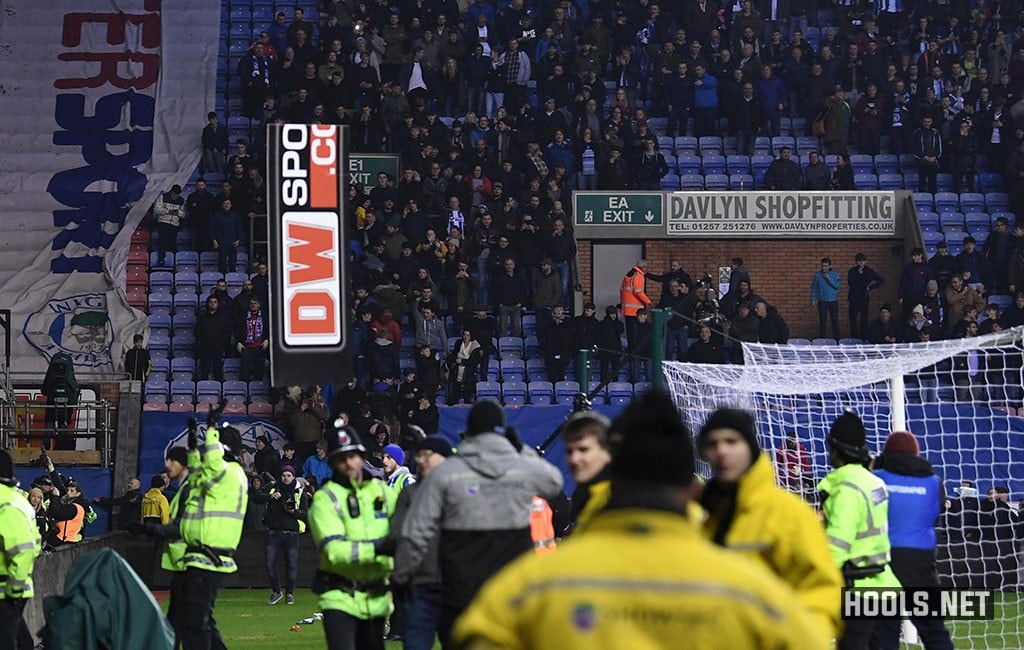 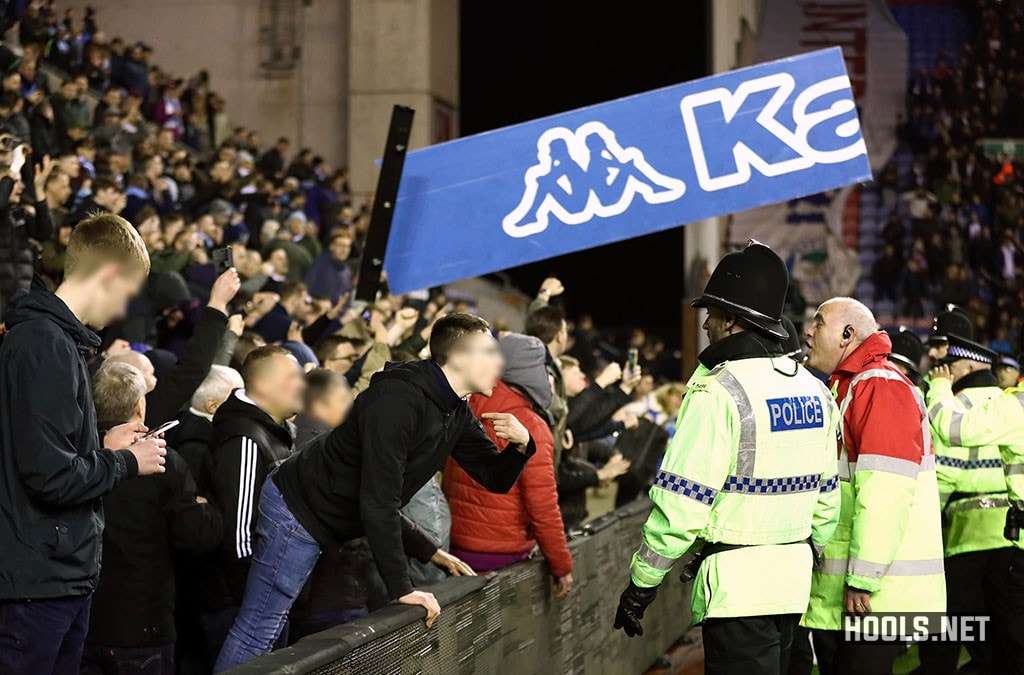 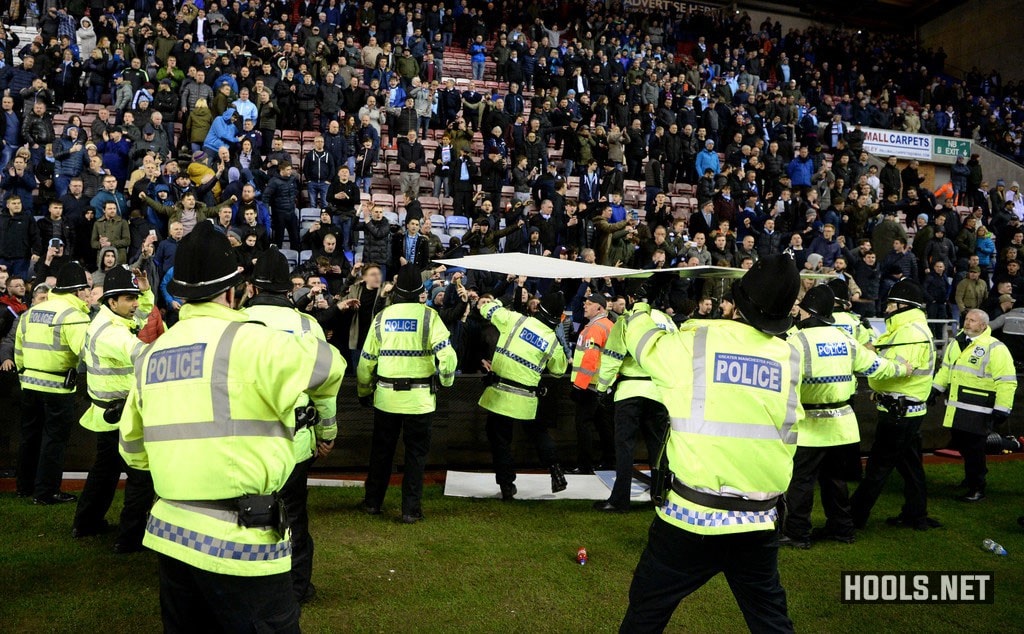 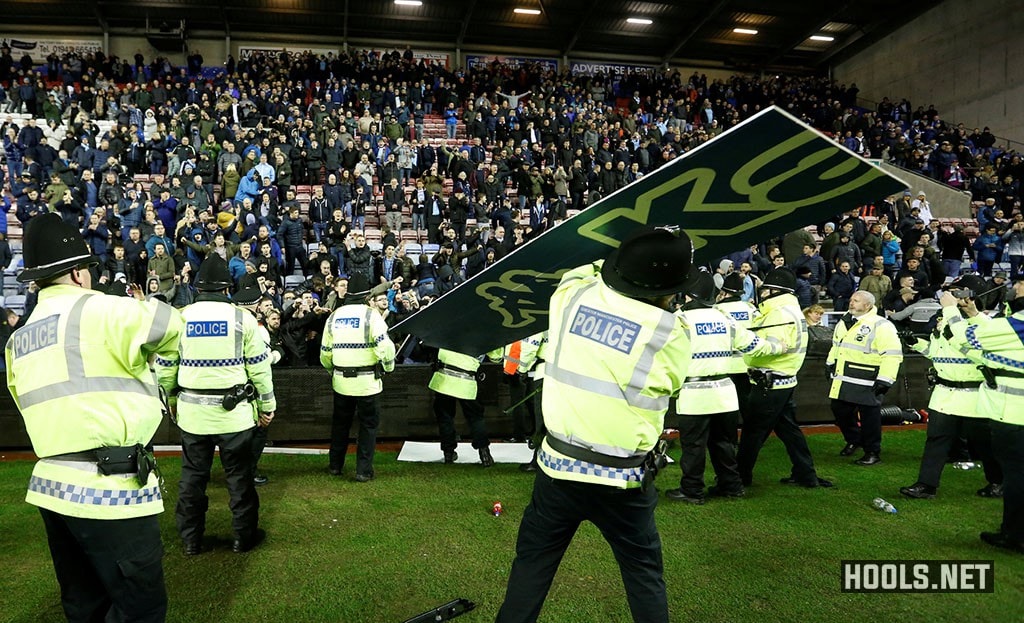 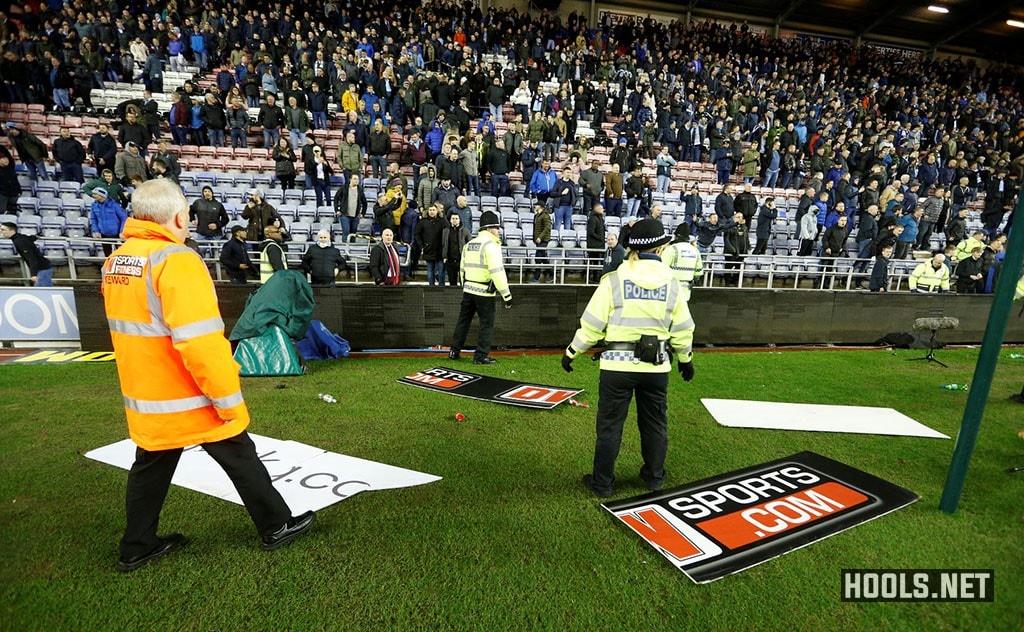