Before extra time started, a group of masked AIK hooligans invaded the area between the pitch and the stands and headed straight over to the Maribor end. But security guards were on hand to prevent the group from getting to their opponents.

Apparently, the Stockholmers were provoked by Maribor fans holding a piece of black and yellow fabric, which had been torn from a giant AIK banner.

This piece of fabric was eventually returned to the AIK lads and they quickly ran back into their end. 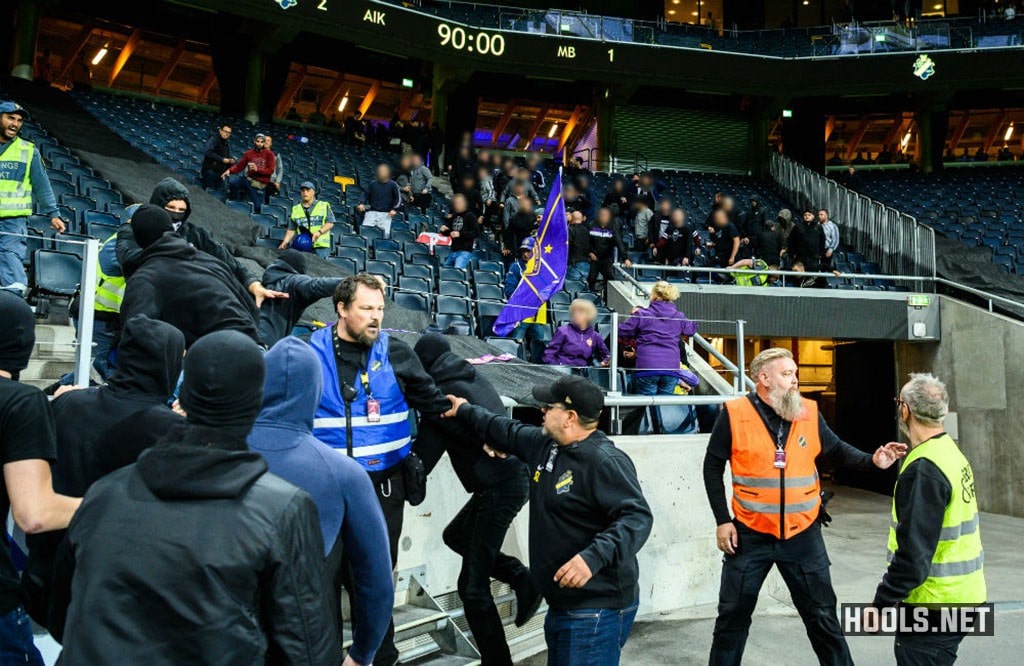 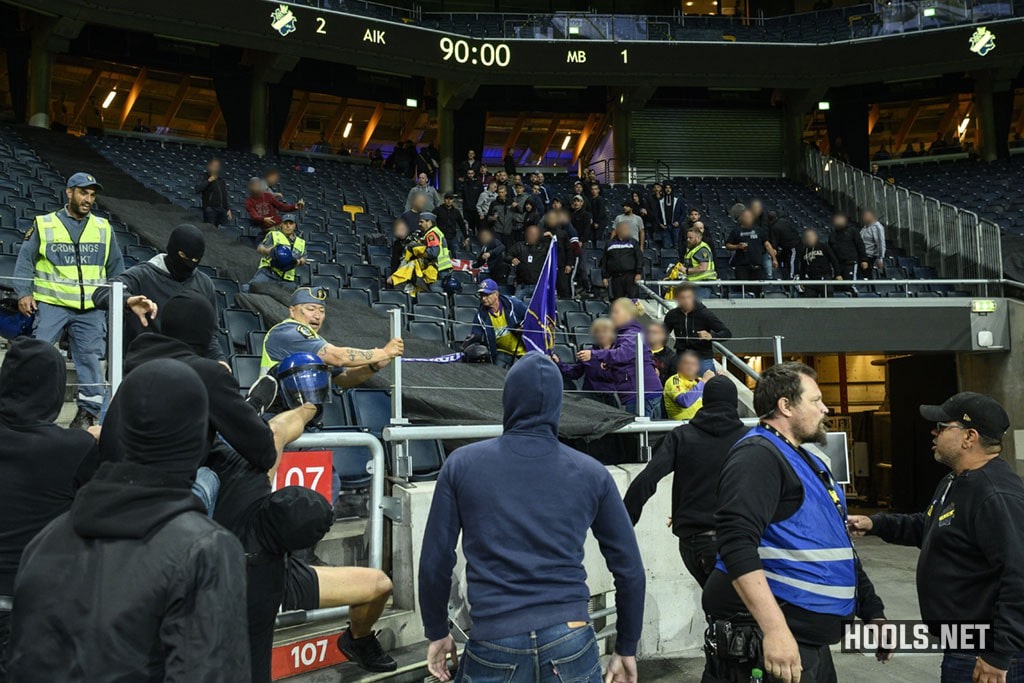 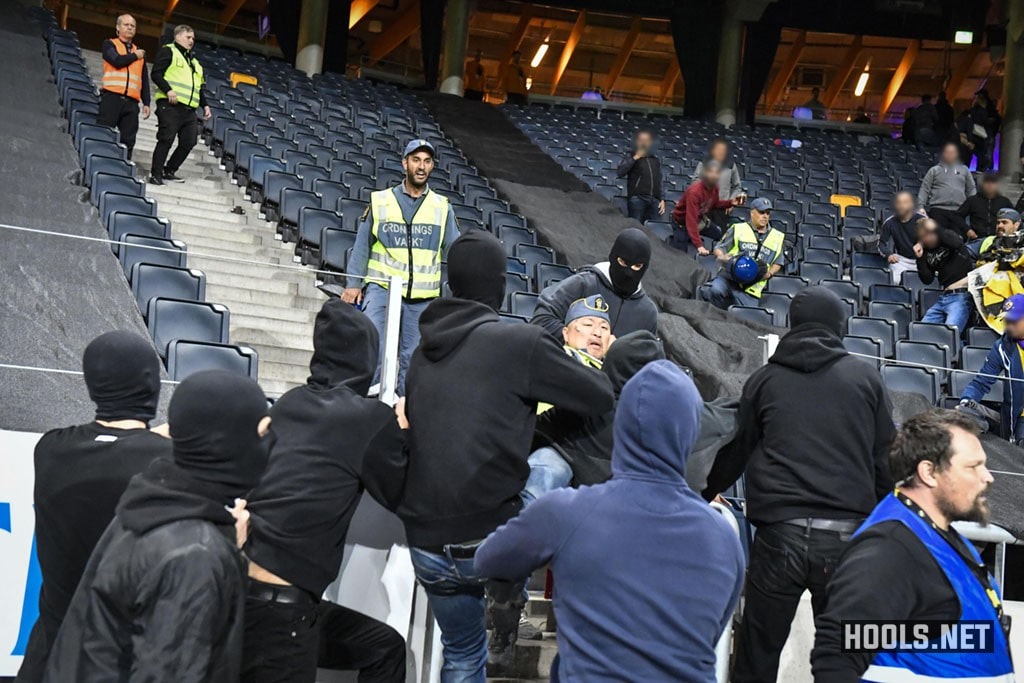 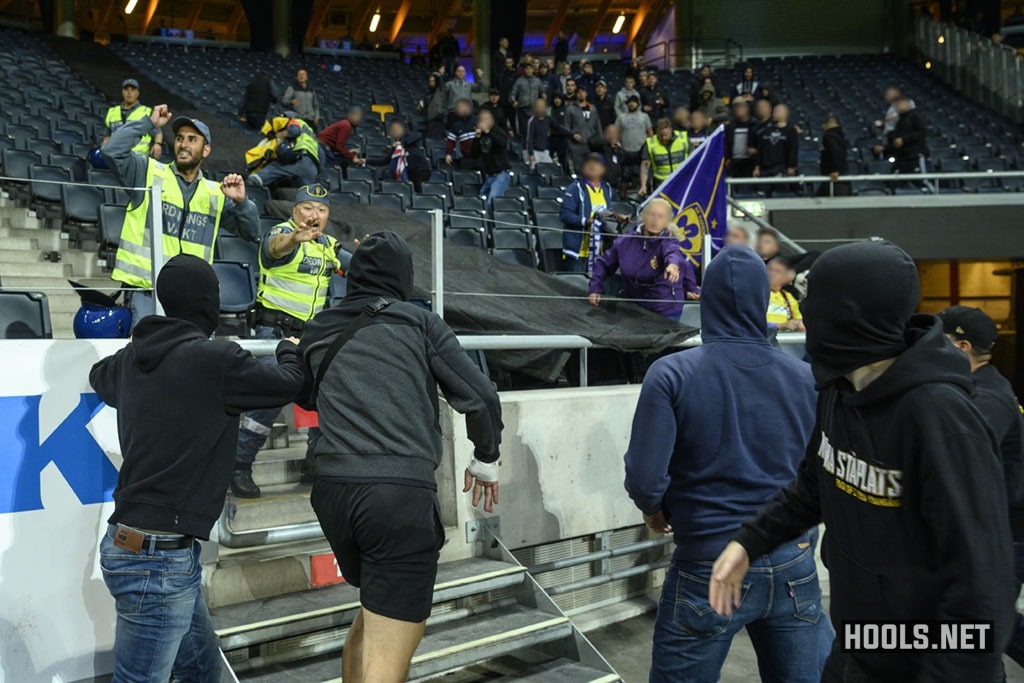 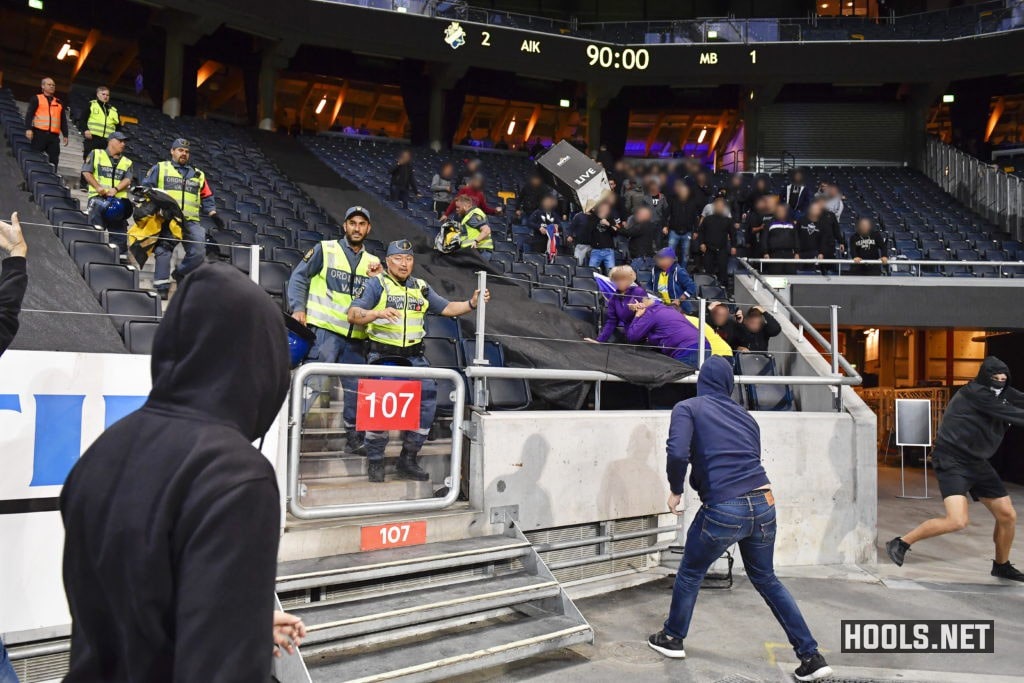 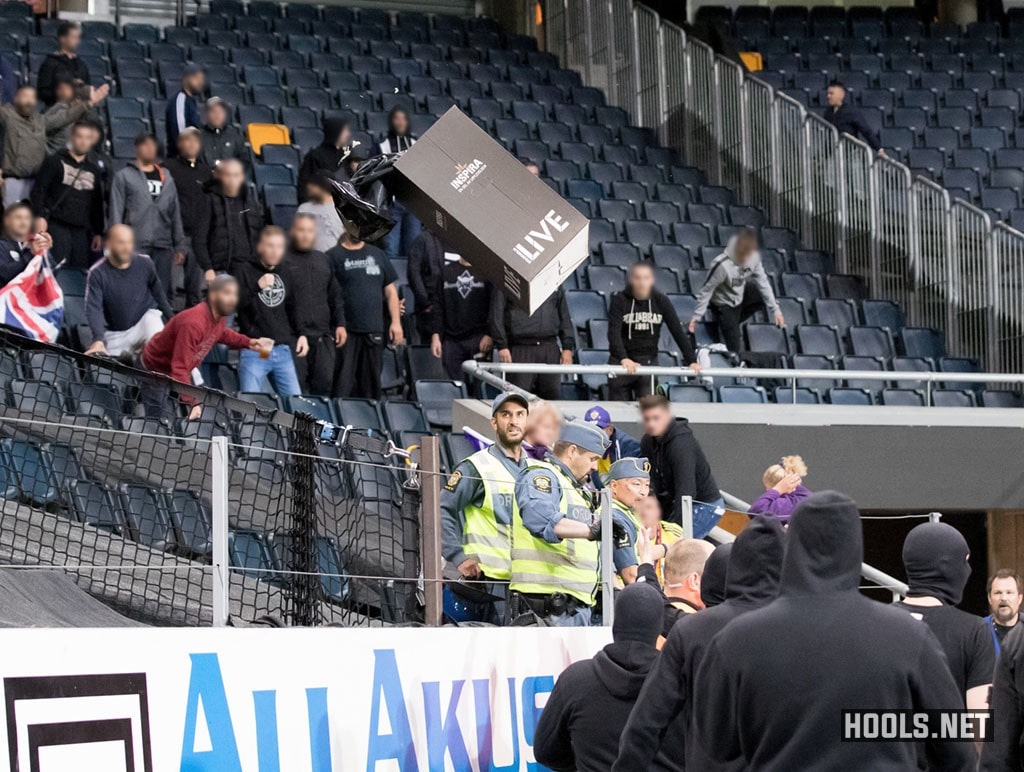