The melee erupted just after Gavin Brennan scored in the 78th minute to give Shamrock Rovers a 4-0 lead.

While Gavin Brennan and his teammates were celebrating, a handful of Bohs fans sprinted towards their Rovers counterparts and some fighting broke out.

The situation was quickly brought under control and the game continued without further incident. 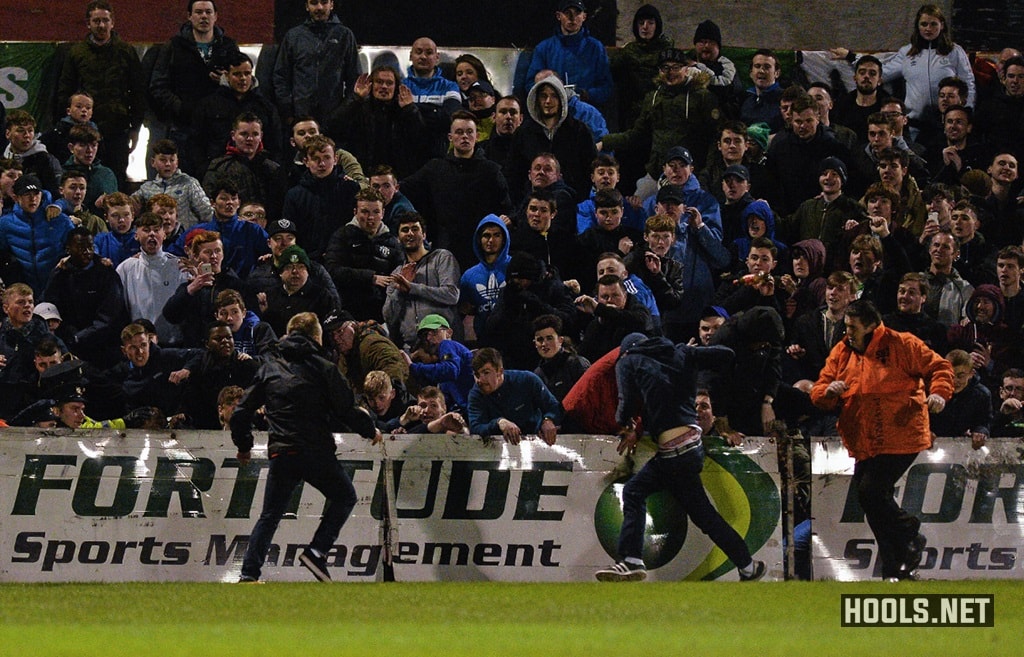 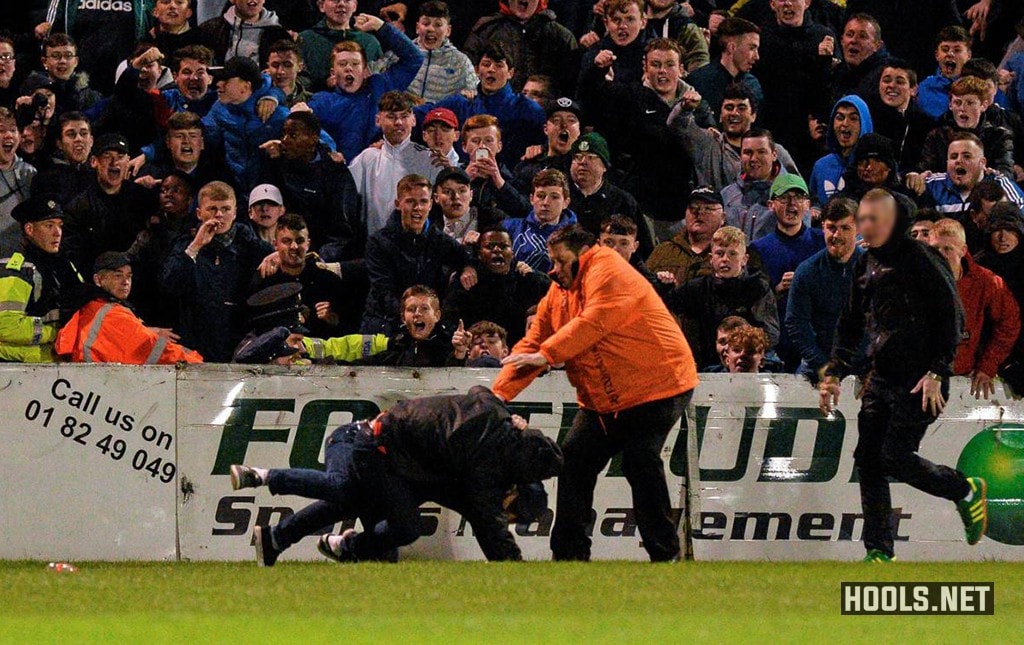 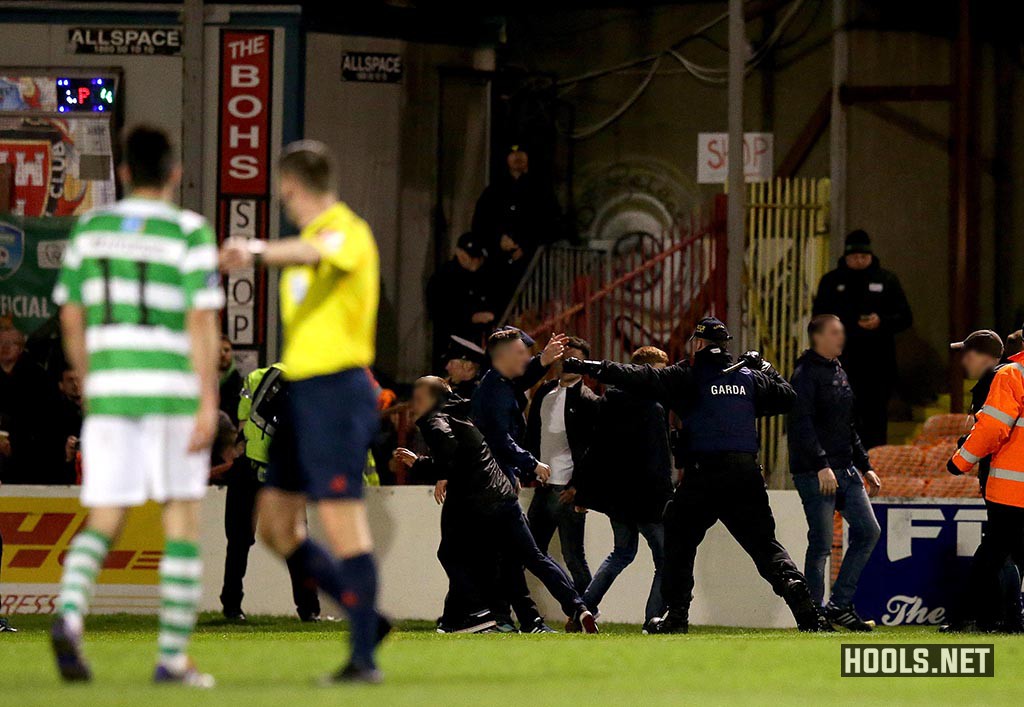 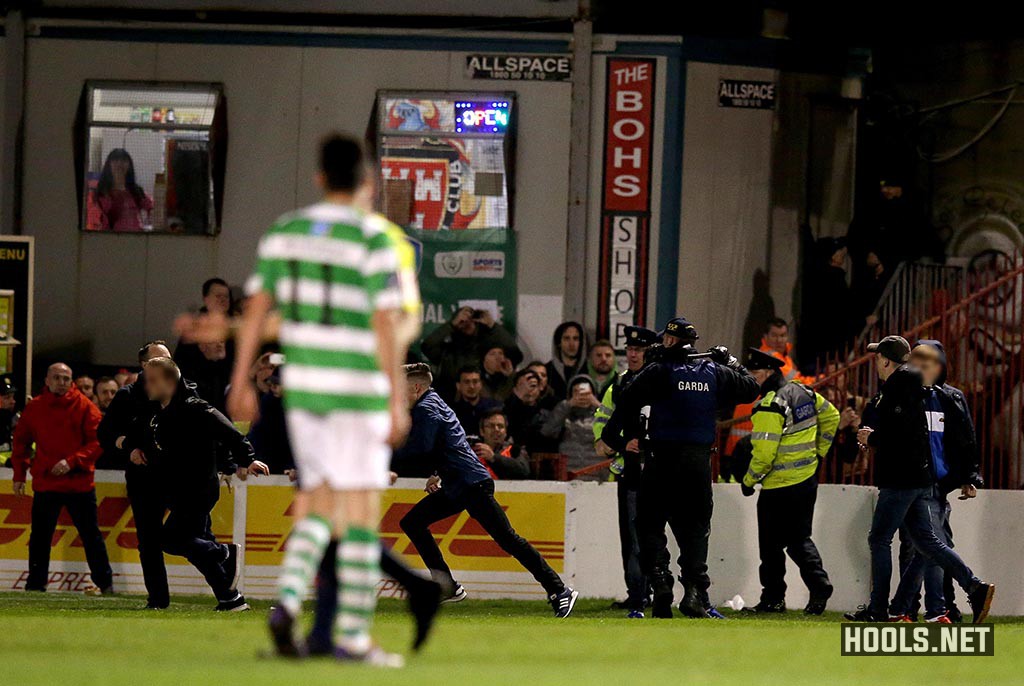