Trouble erupted at Saturday’s Serbian Super Liga clash between Crvena Zvezda and Partizan as rival fans threw flares and seats at each other and clashed with riot police.

A disturbance broke out late in the first half when rival fans on the eastern side of the Marakana Stadium started to throw flares and seats at each other, forcing riot police to move in.

Violence then flared in the North Stand where Crvena Zvezda fans clashed with riot police.

As a result of the clash, several Crvena Zvezda fans were injured. 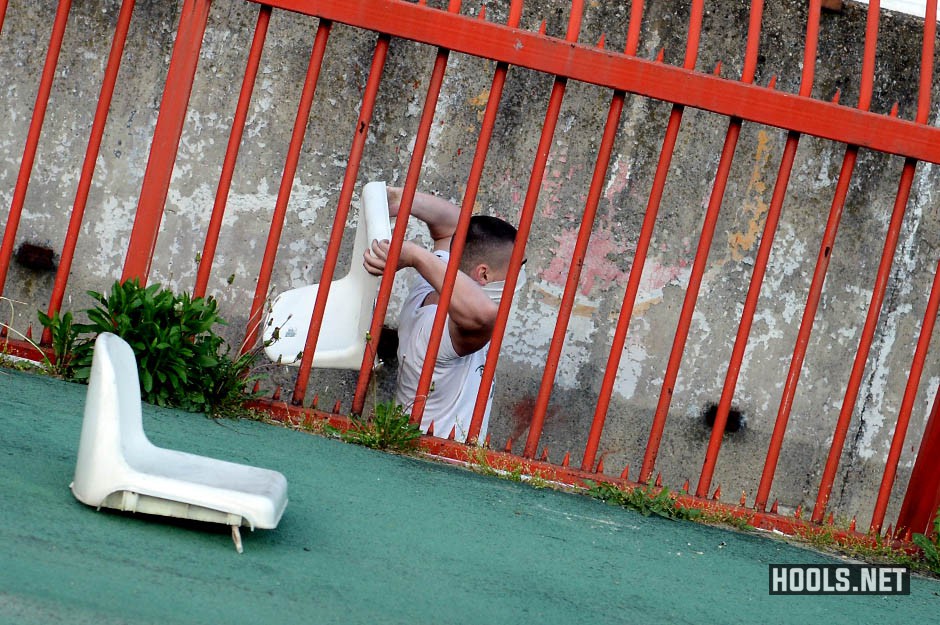 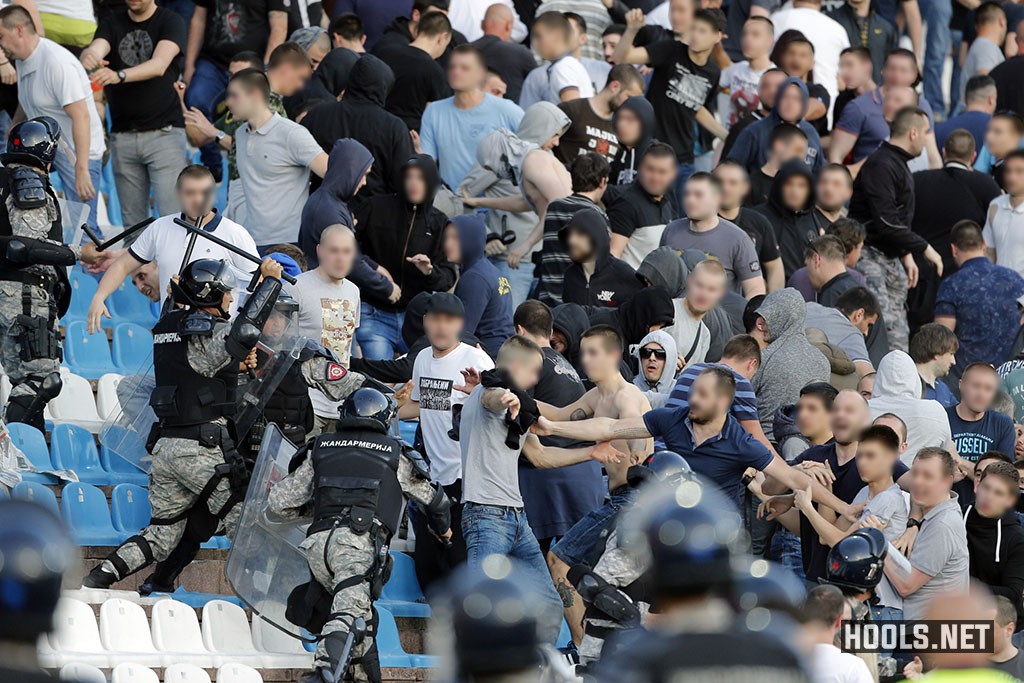 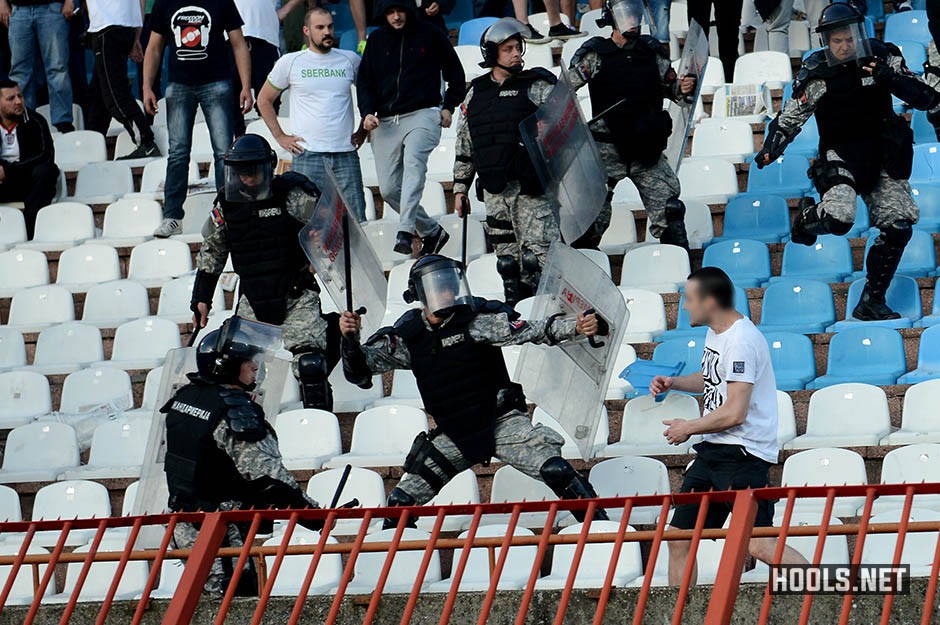 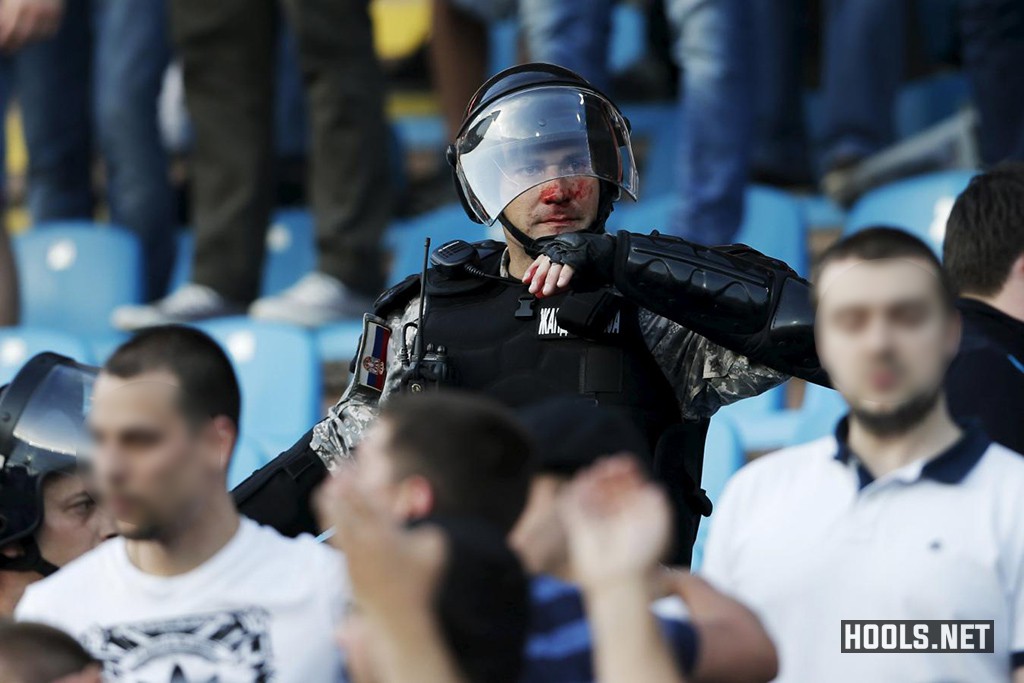 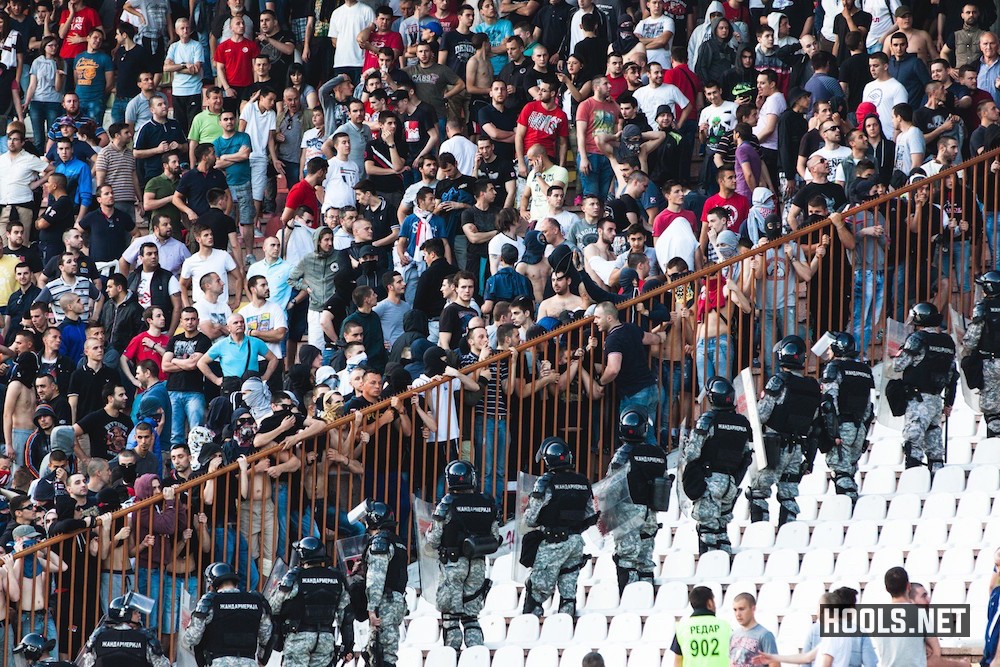 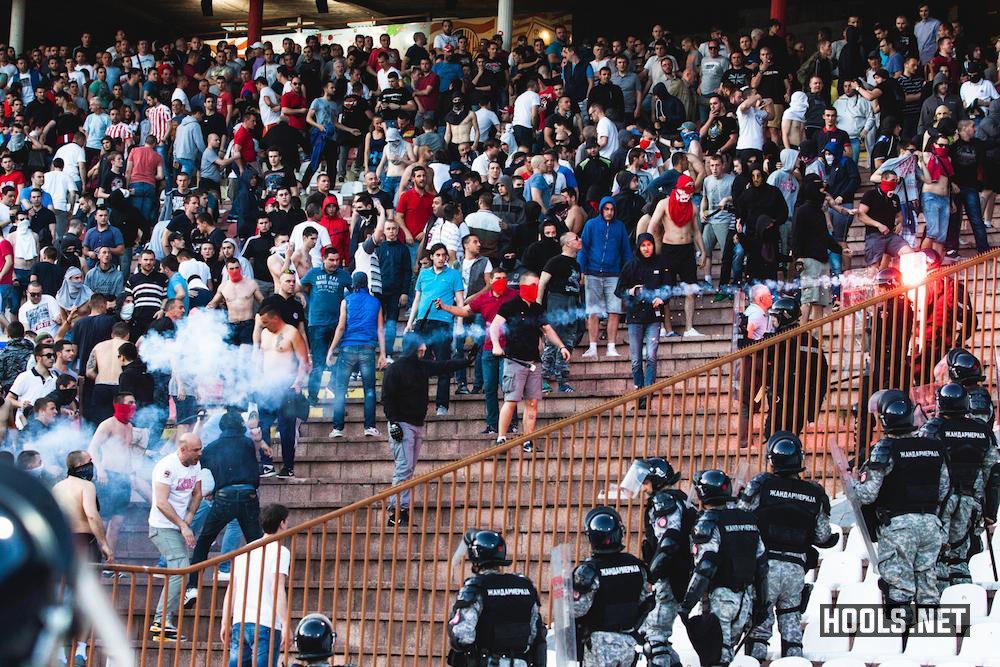 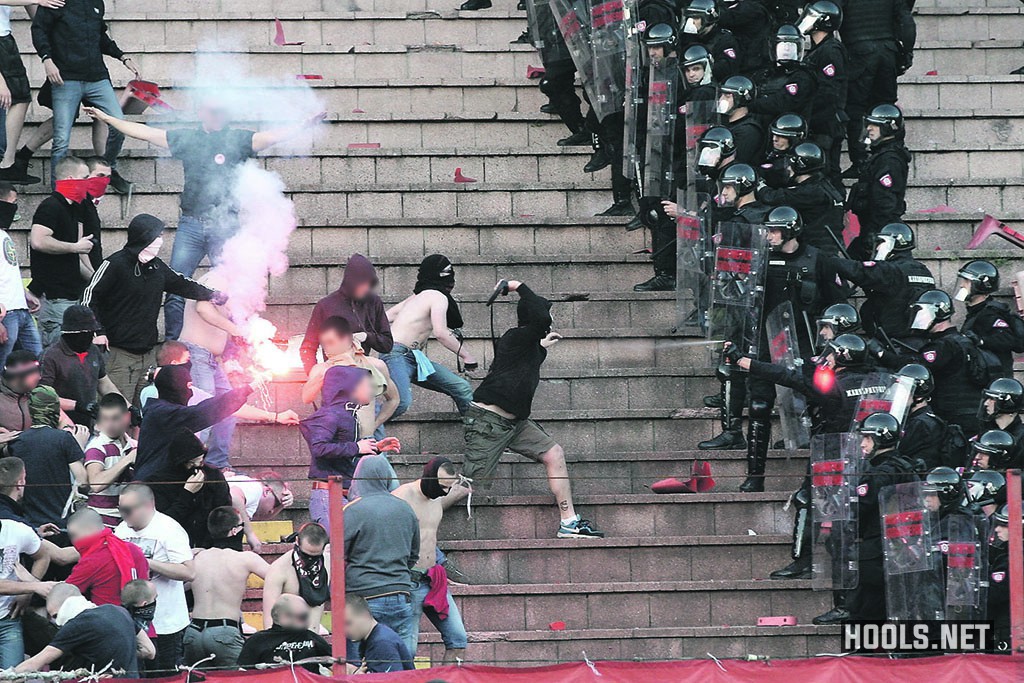 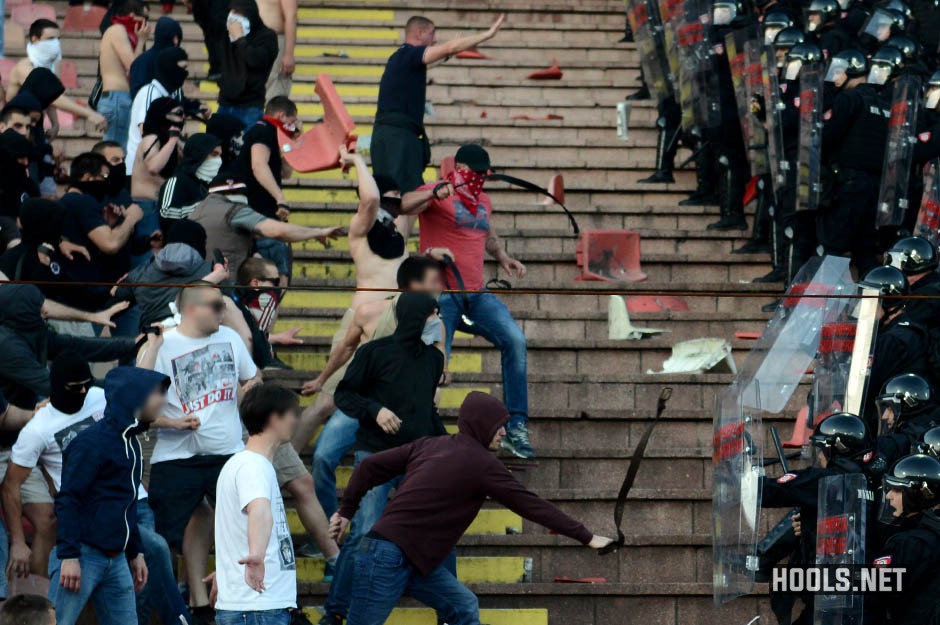 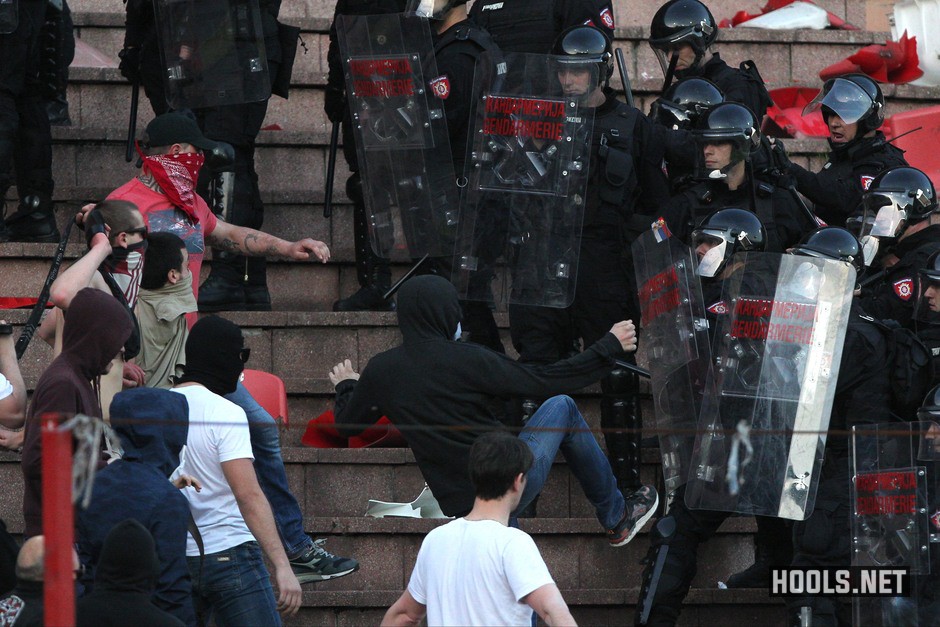 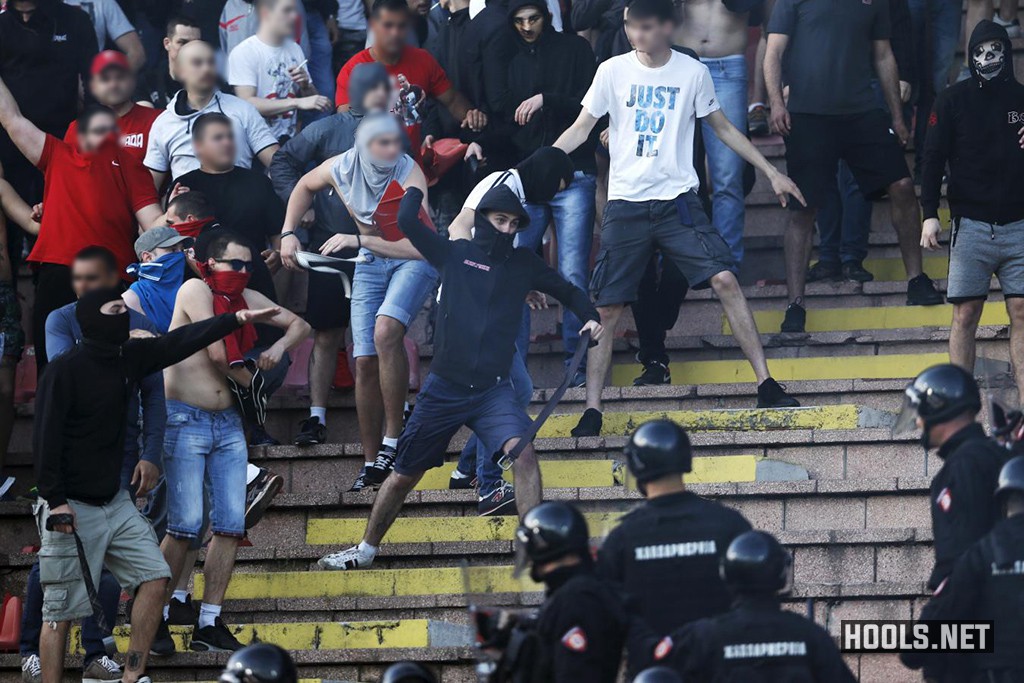 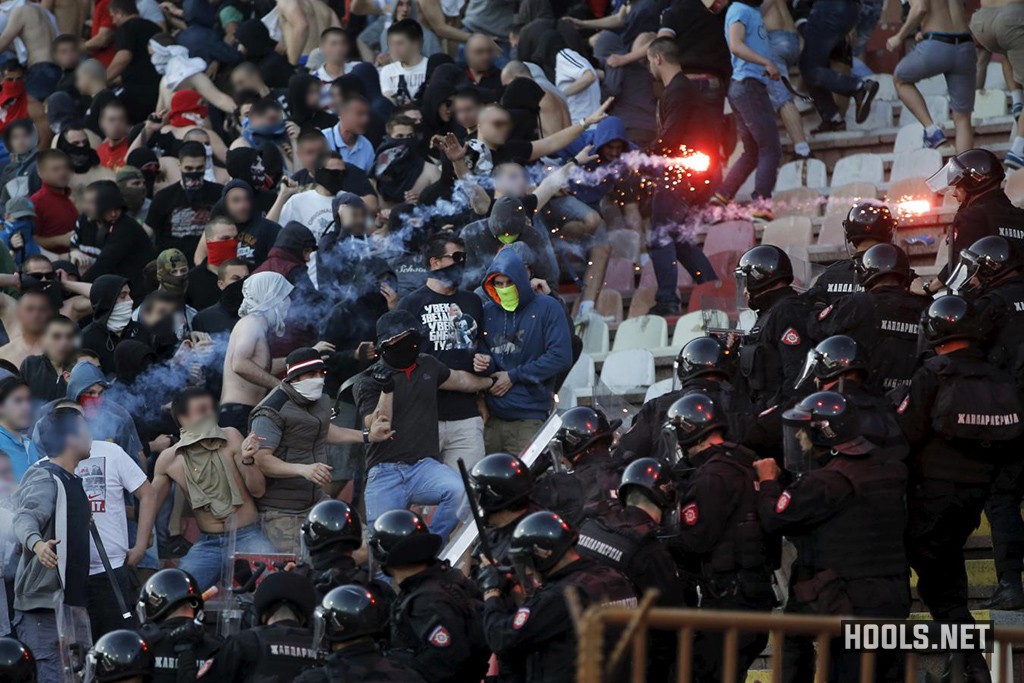 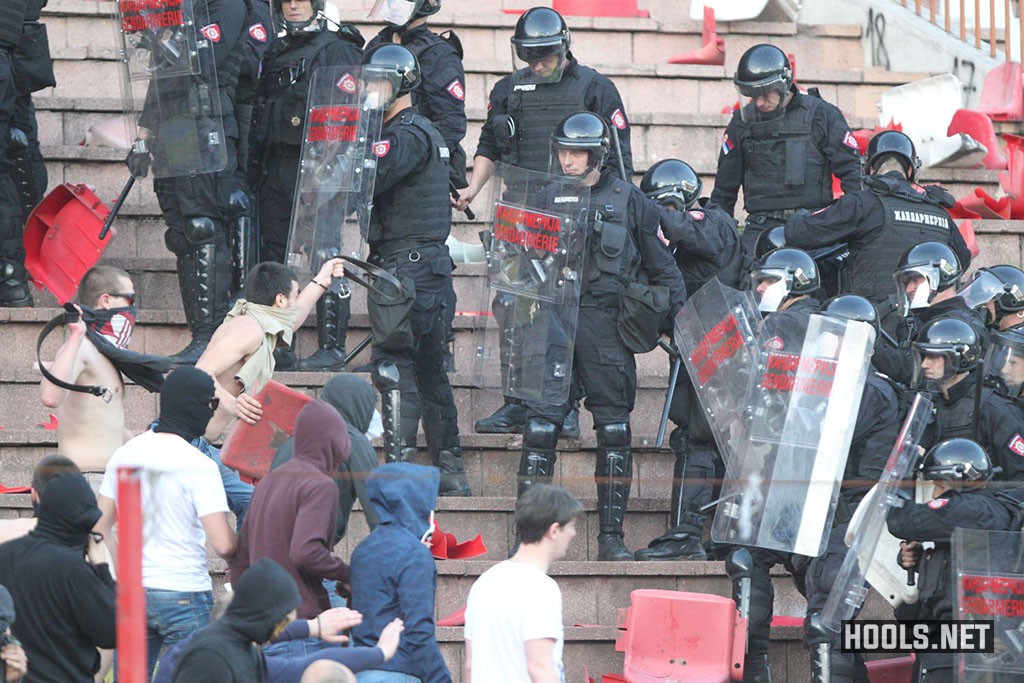 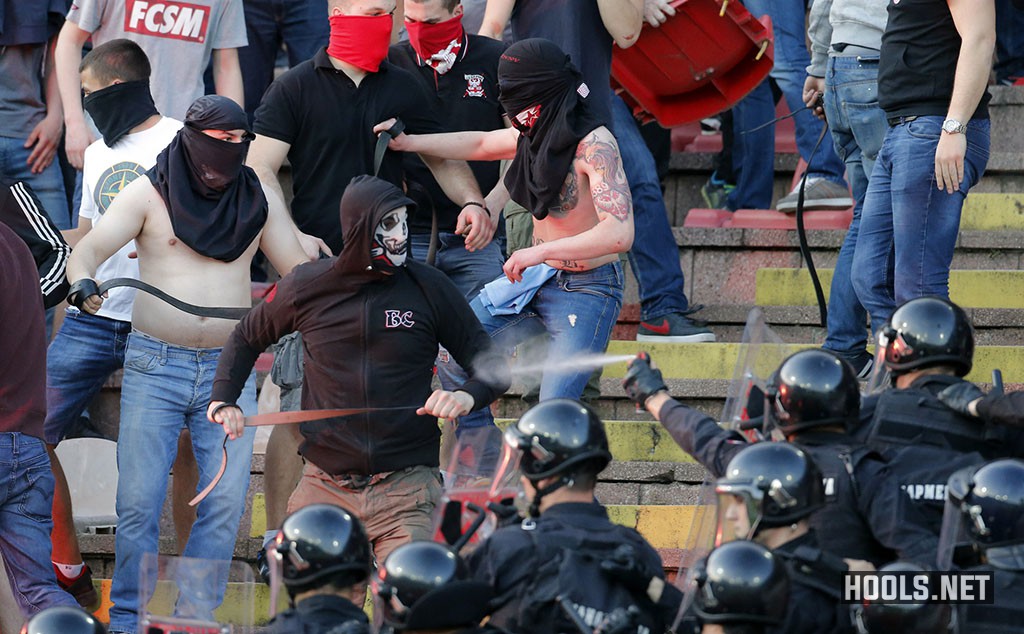 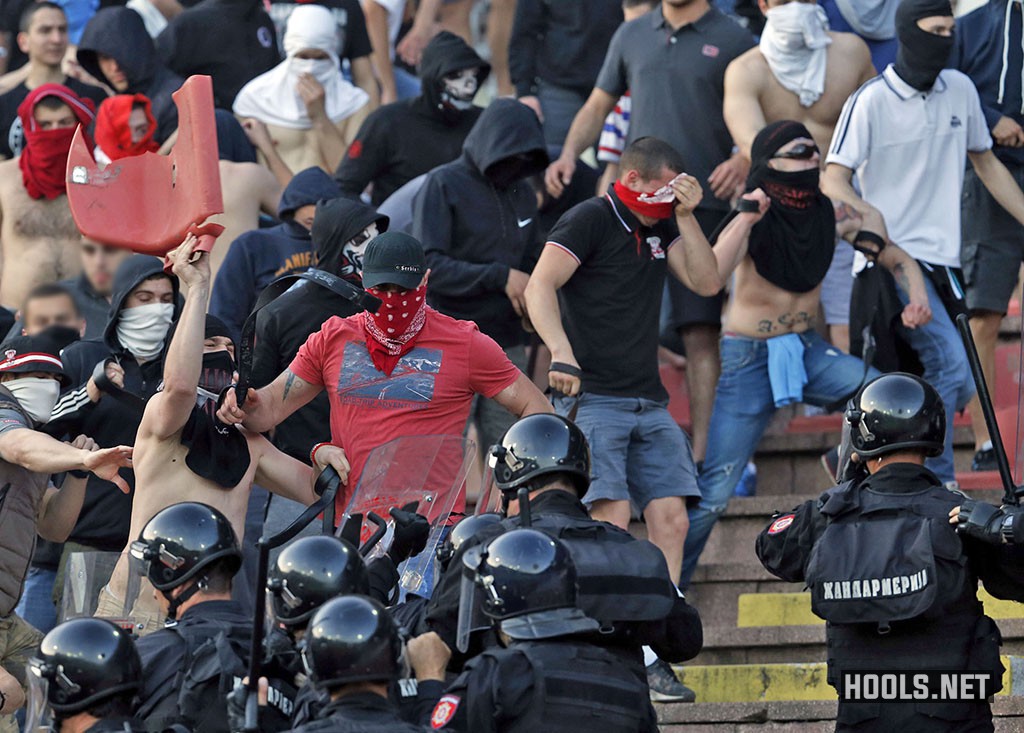 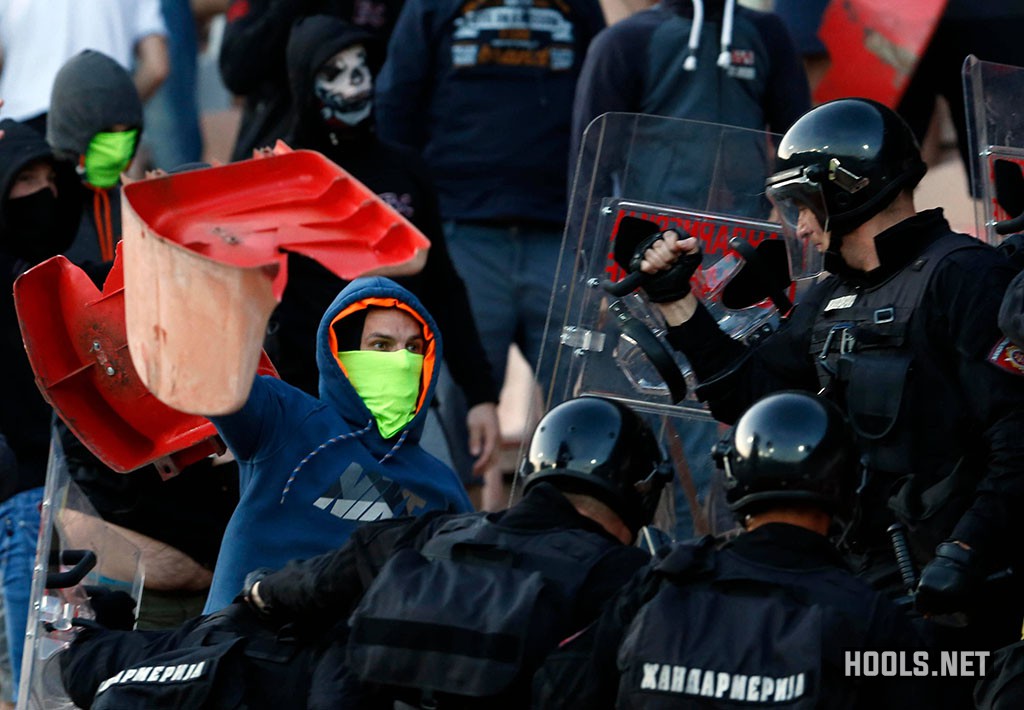 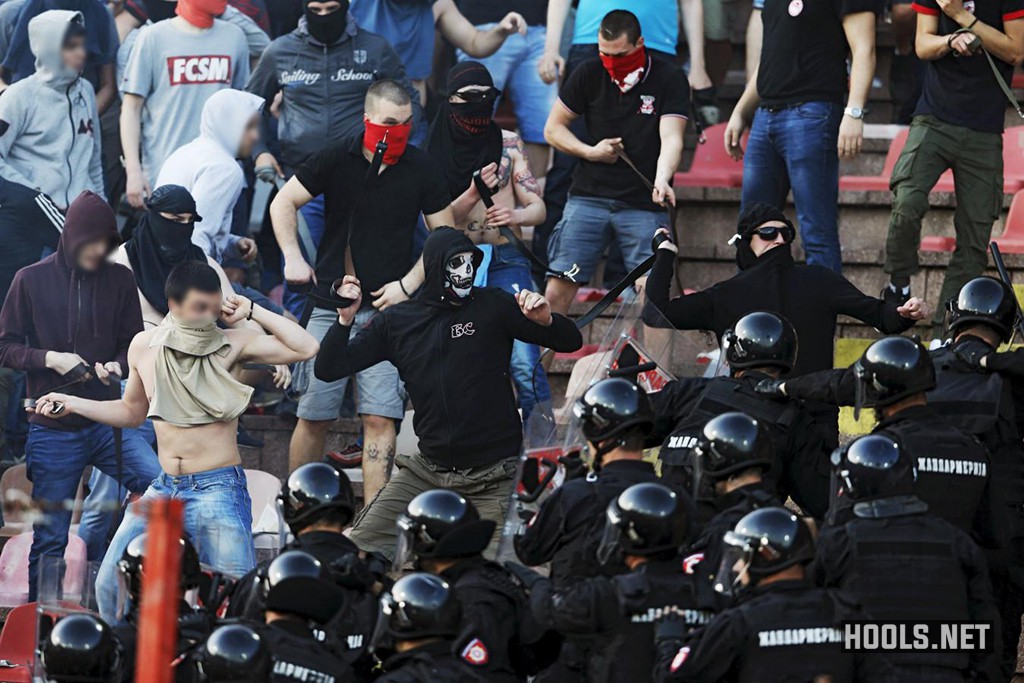 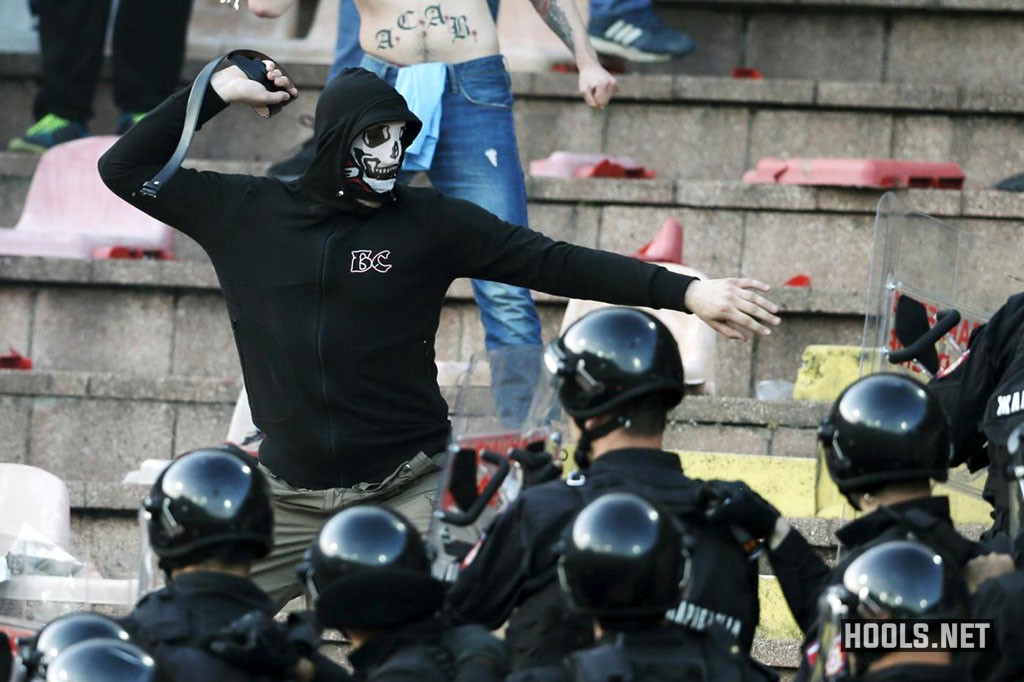 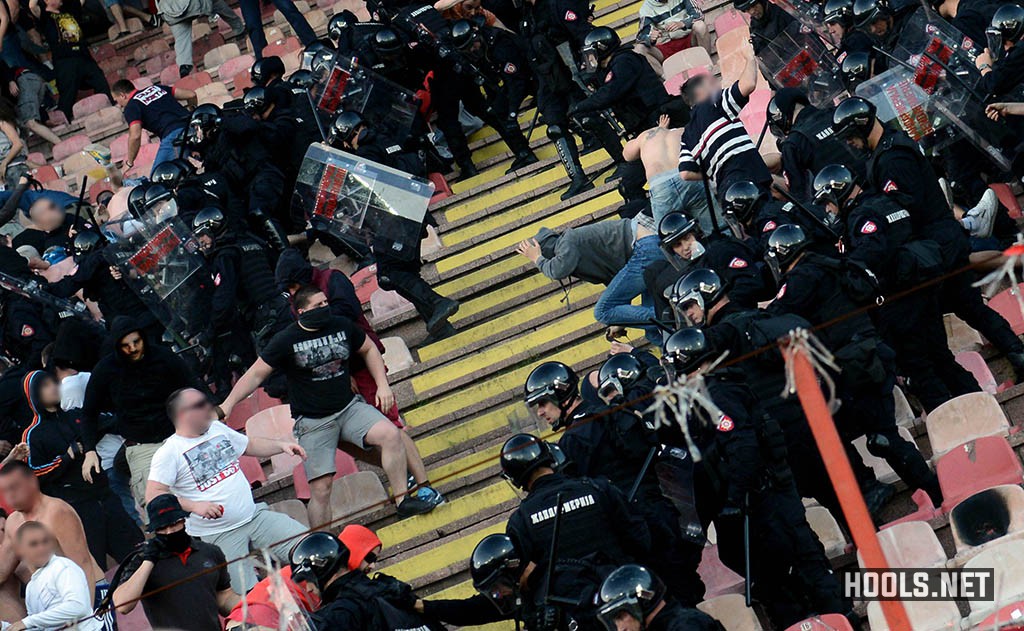 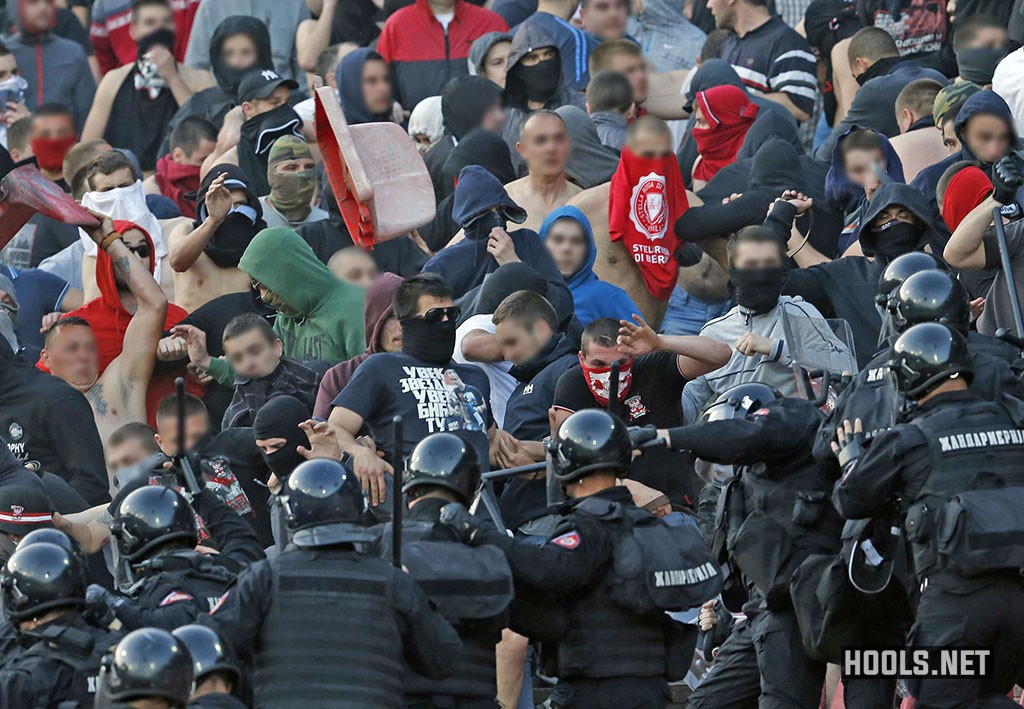 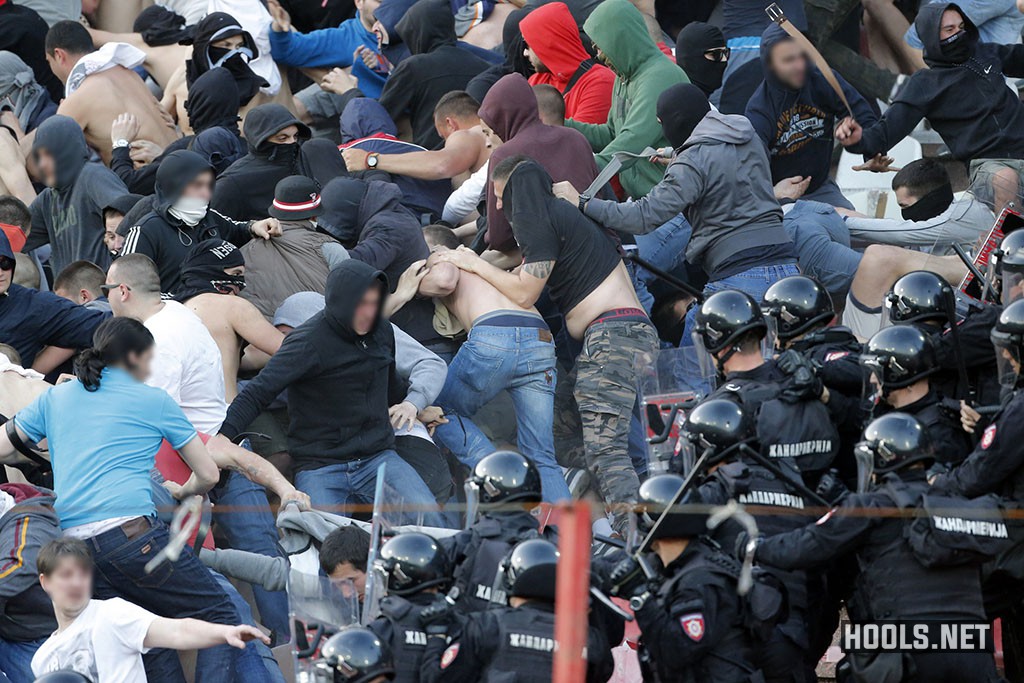 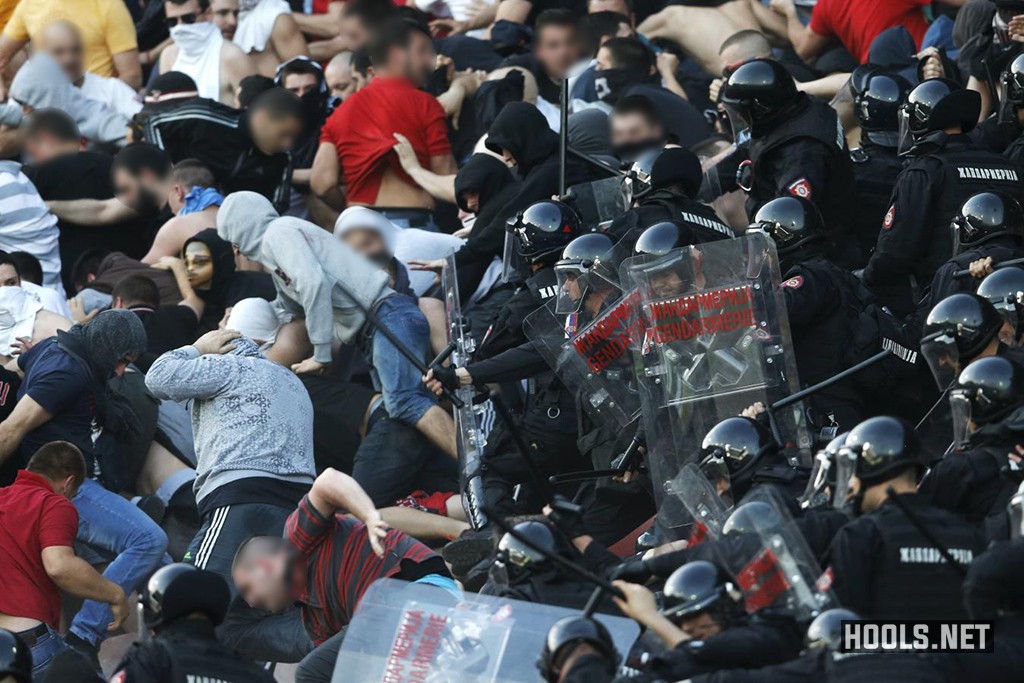 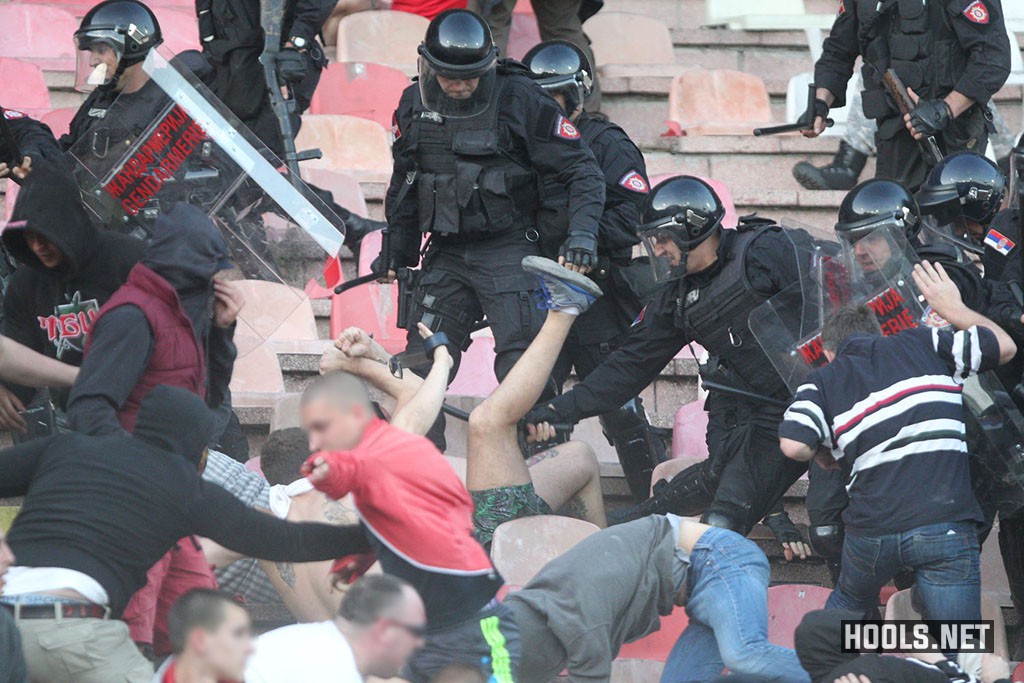 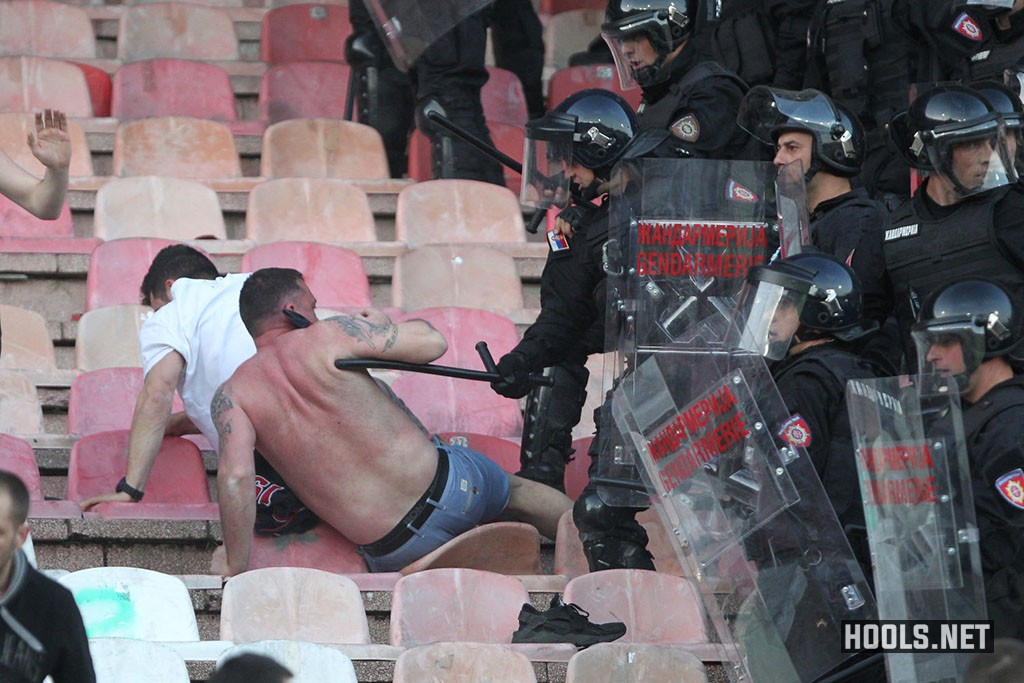 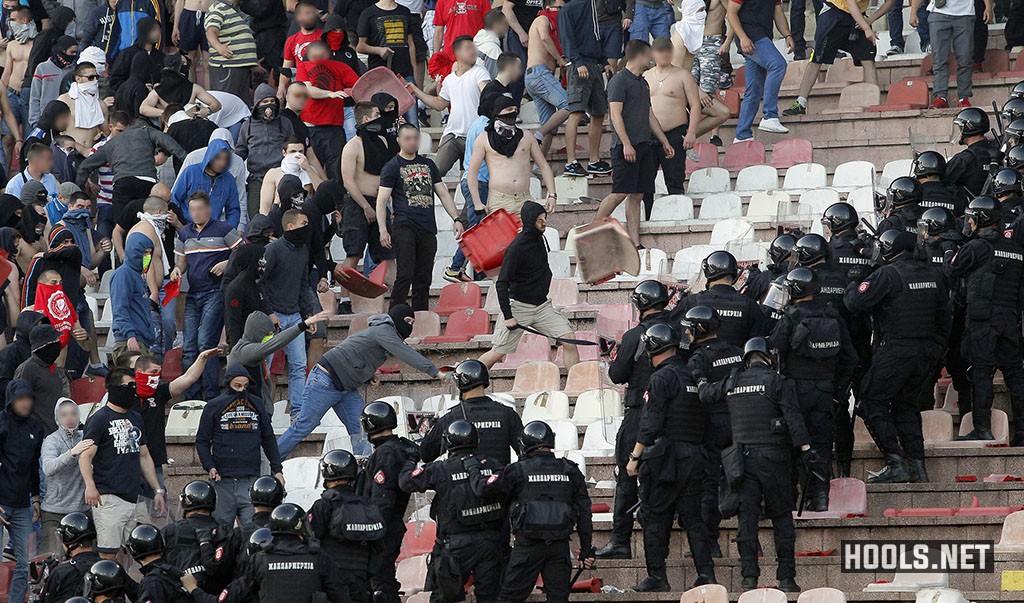 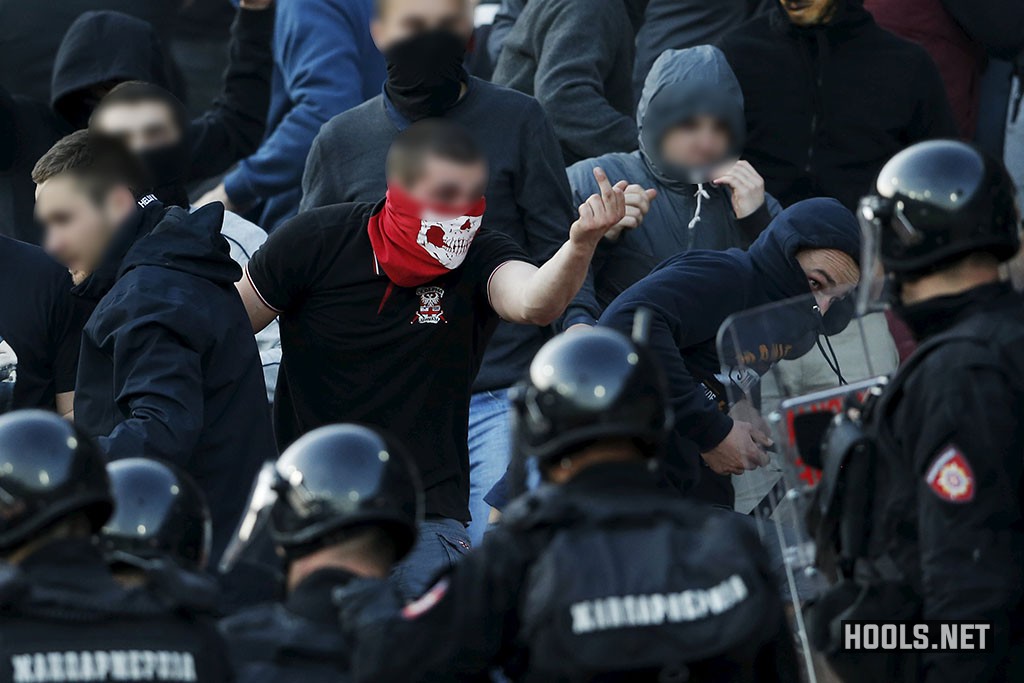 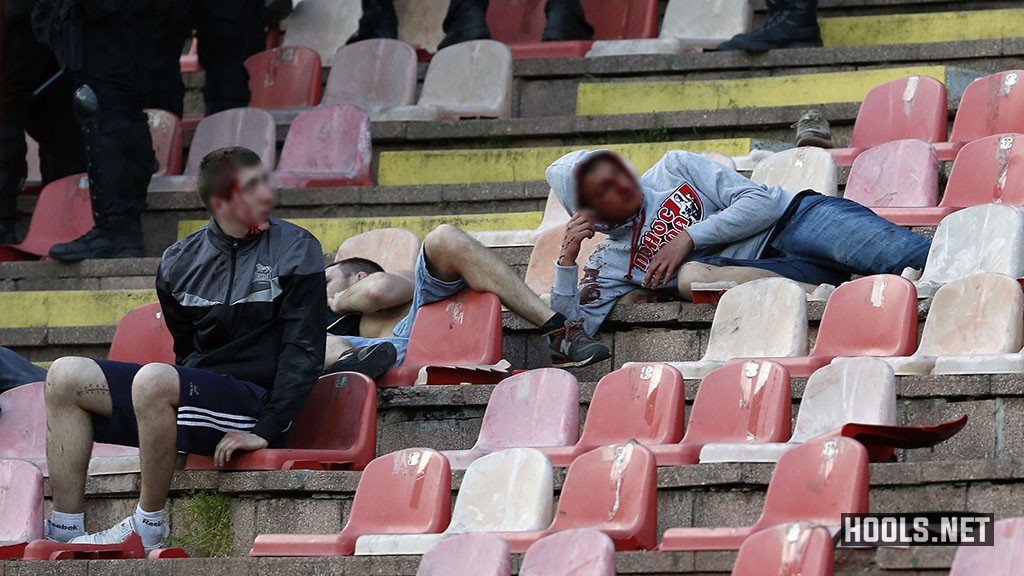 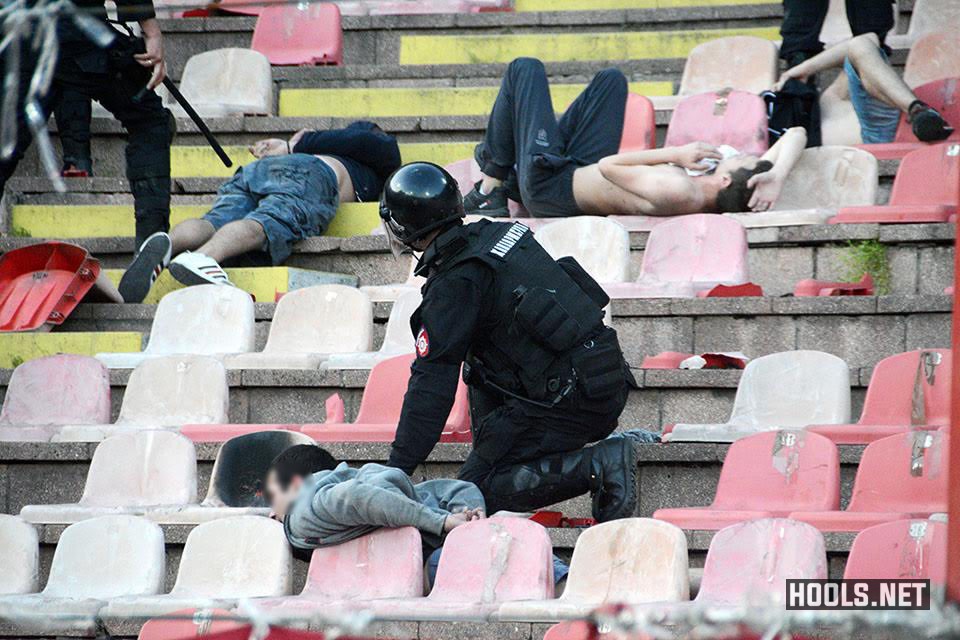 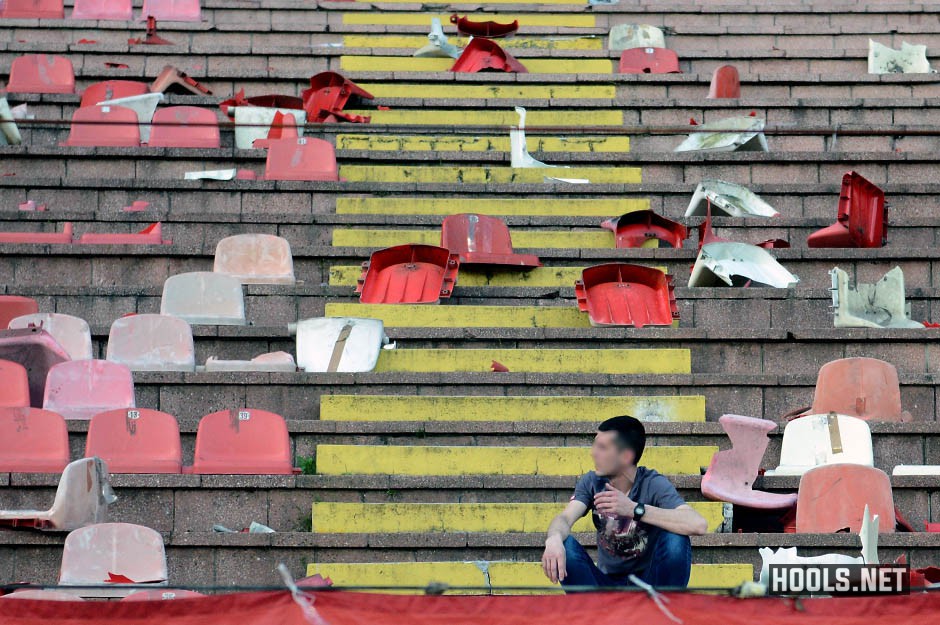