A German Cup first round game between Hansa Rostock and Hertha Berlin on Monday night was halted twice due to fan trouble.

The game was initially suspended for several minutes shortly after half-time when travelling Hertha fans set off a large number of flares in the away end of the Ostsee Stadium. 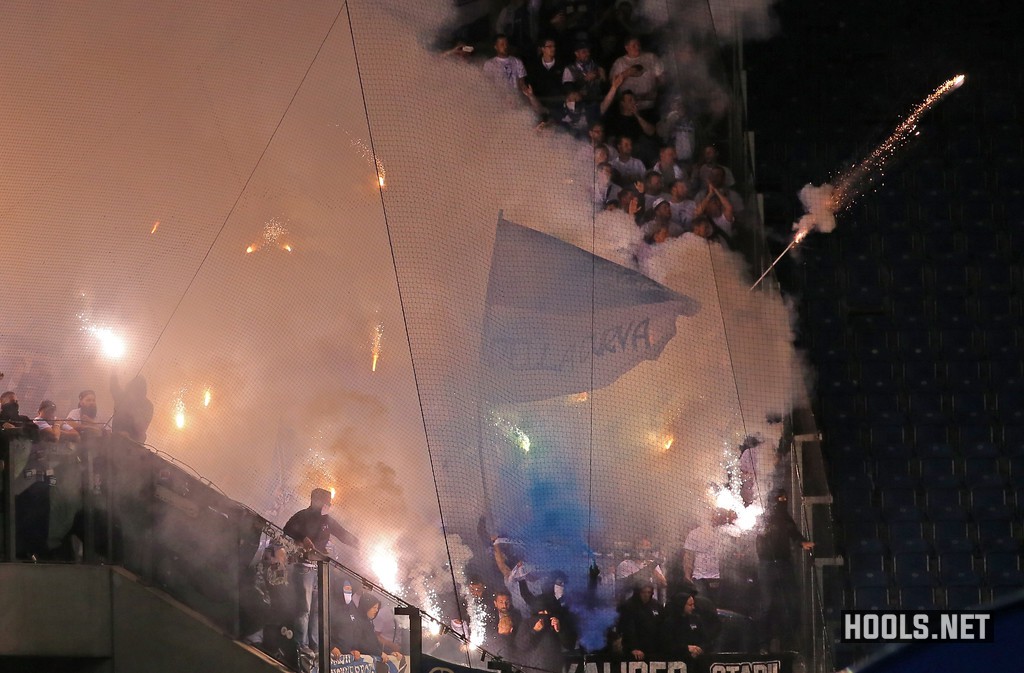 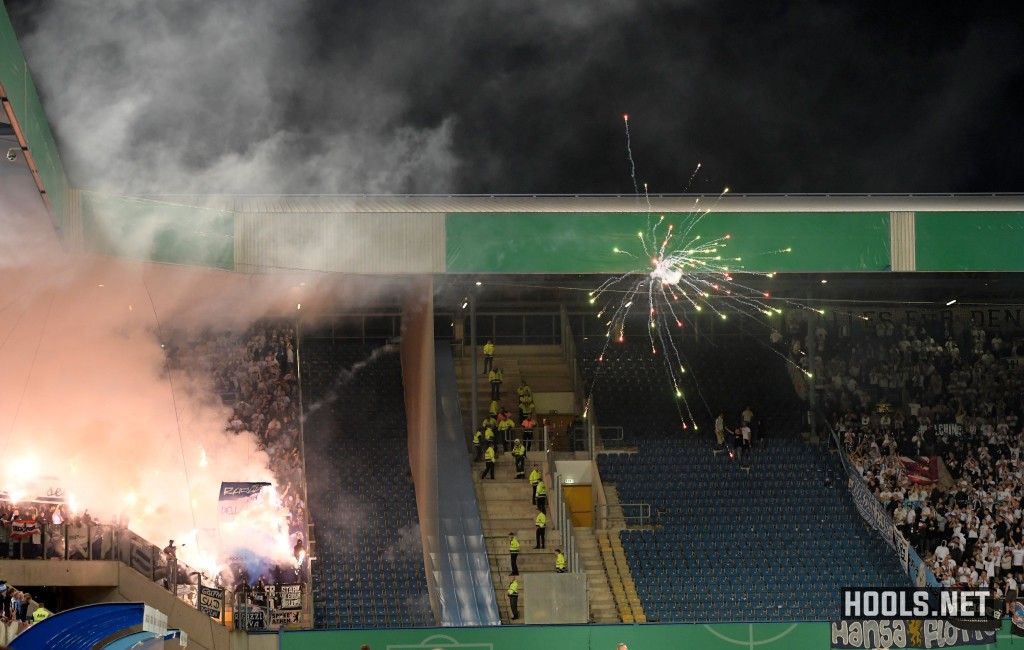 Midway through the second-half, the game was halted again as Hansa Rostock fans set fire to a huge Hertha banner that had been stolen from Hertha’s Olympic Stadium in 2014.

After a 15-minute stoppage, the game resumed. 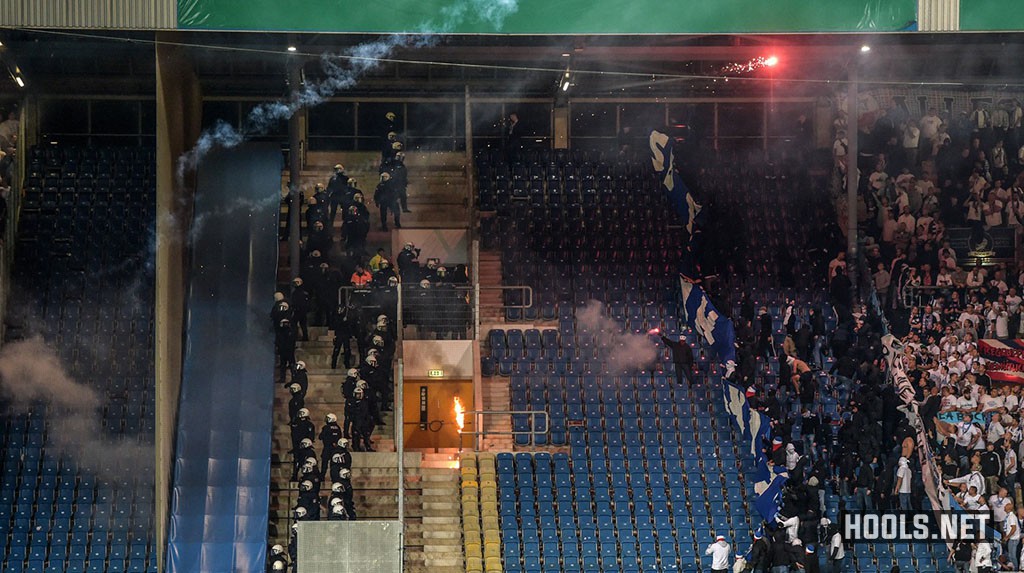 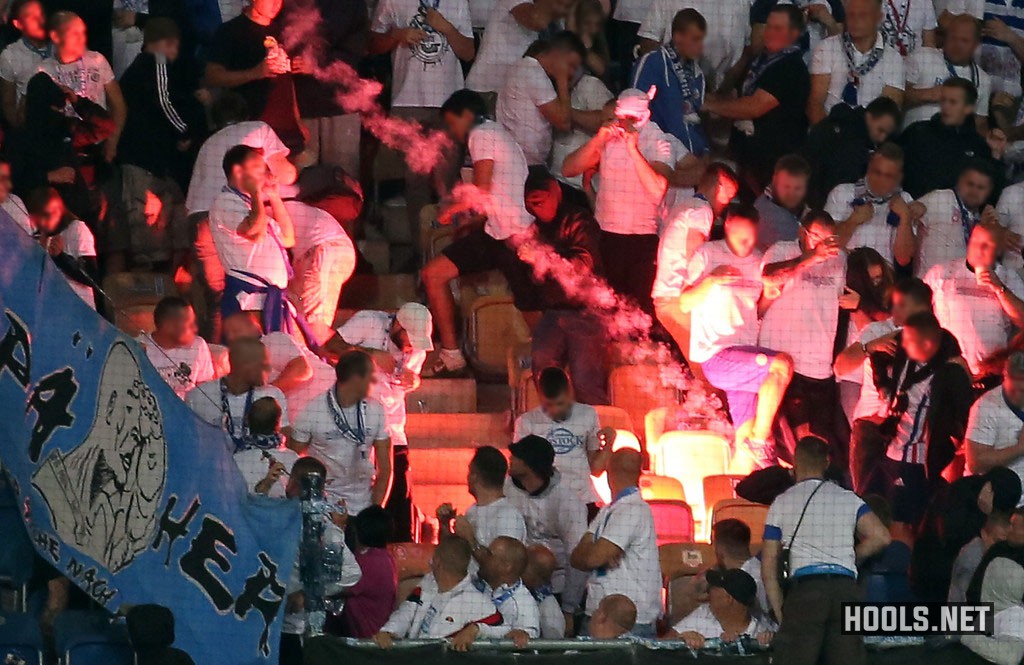 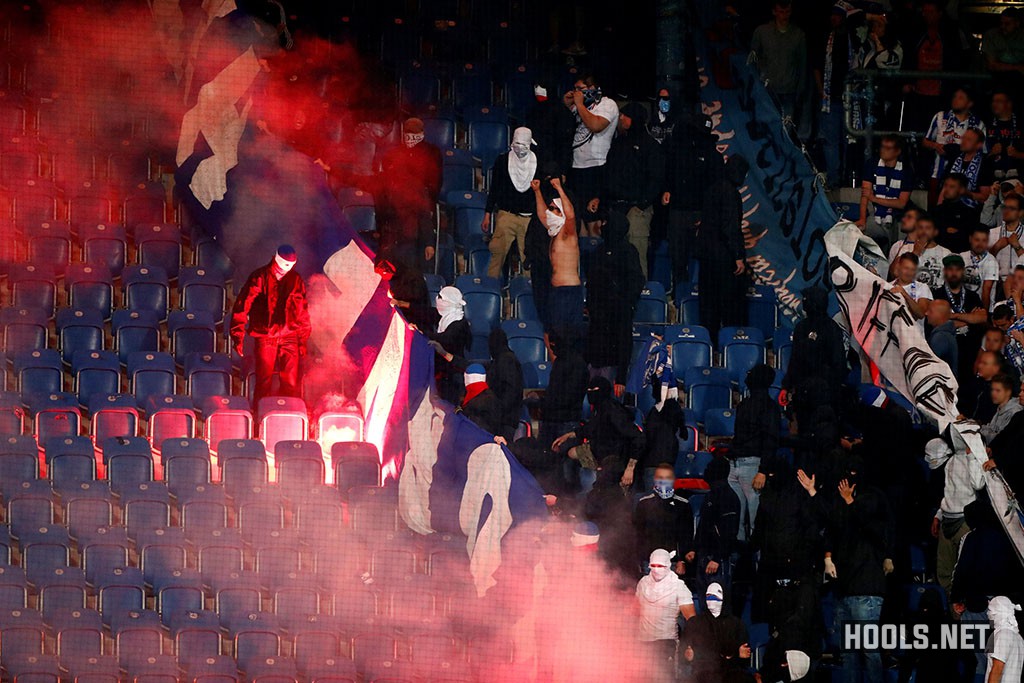 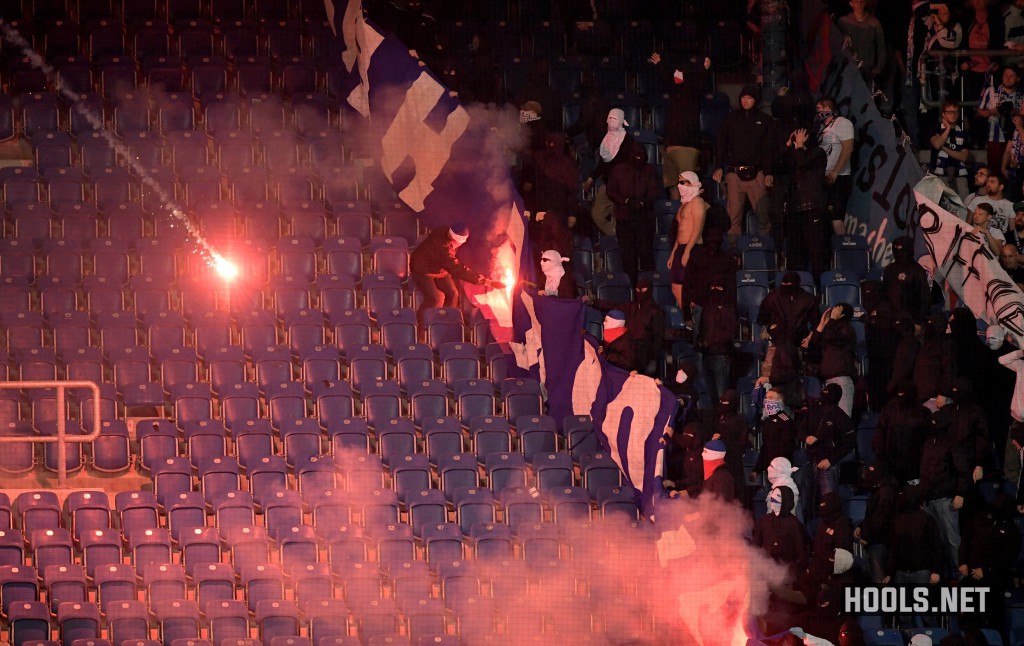 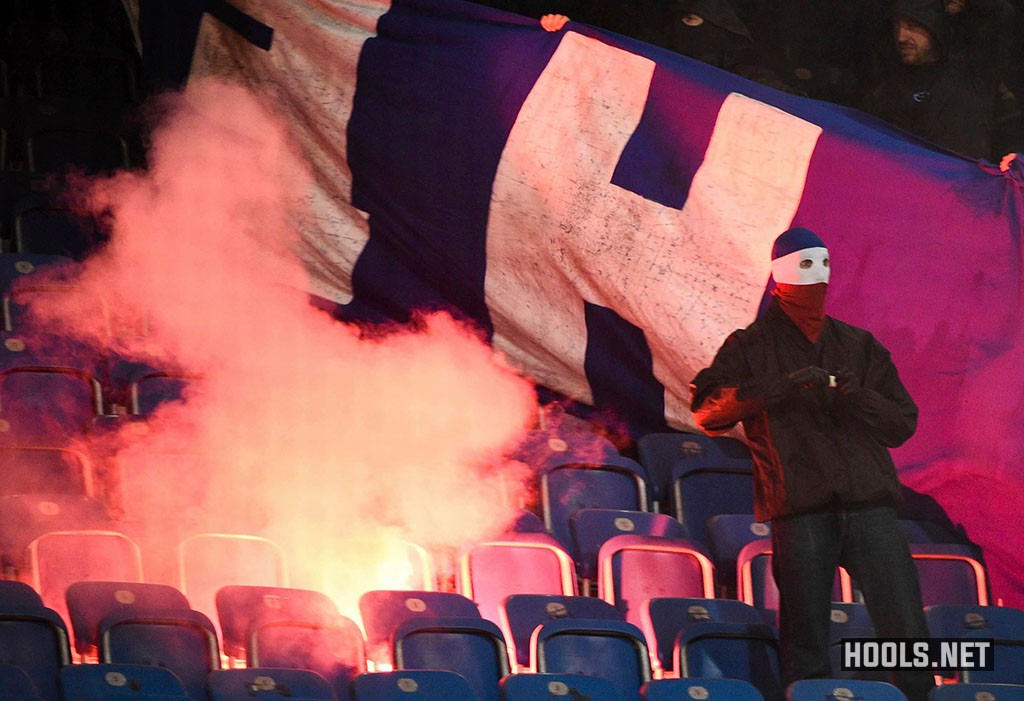 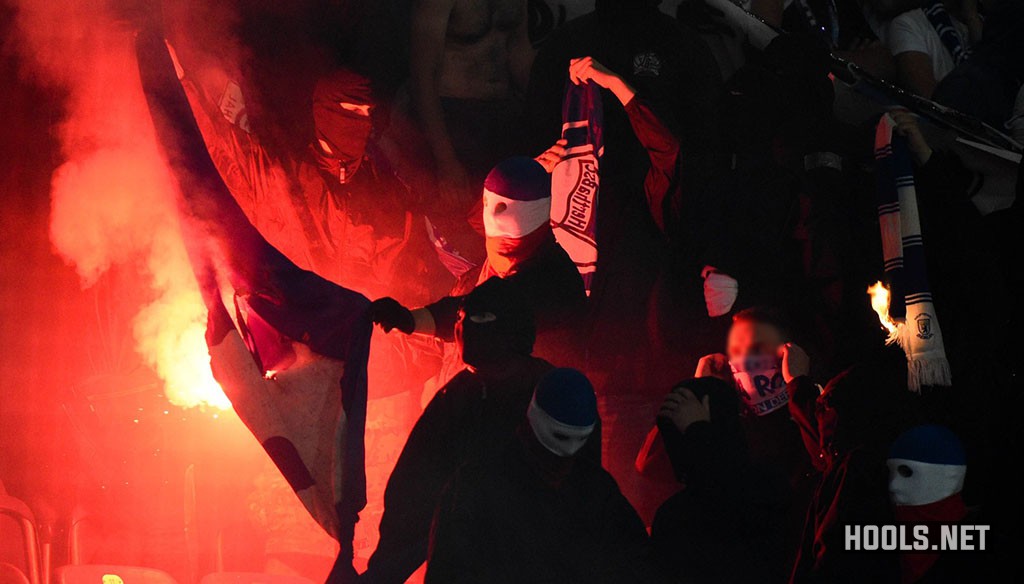 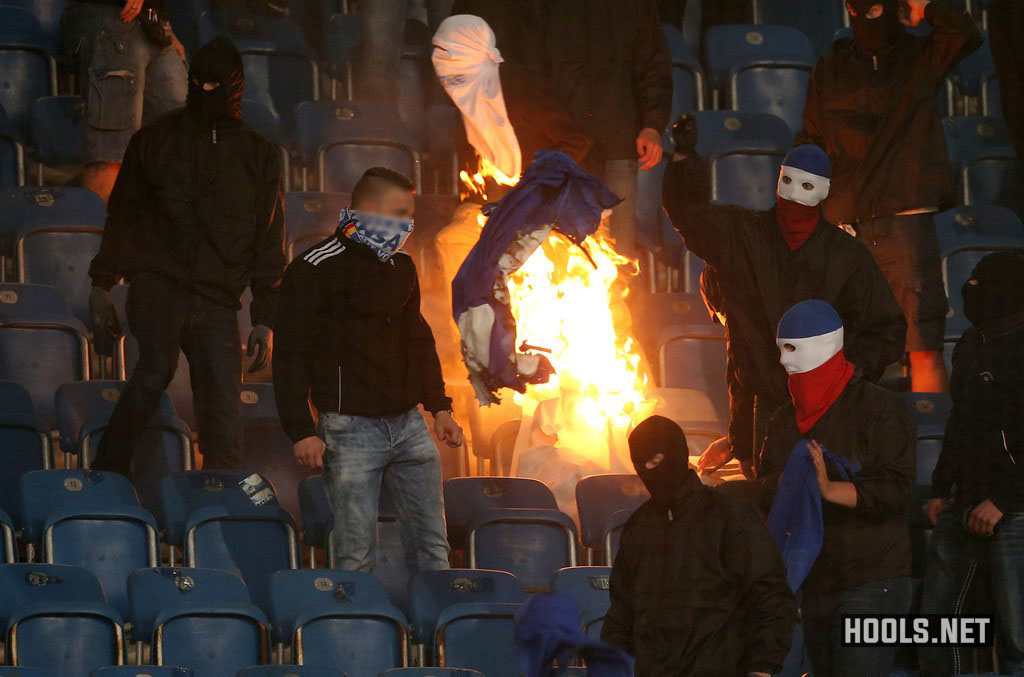 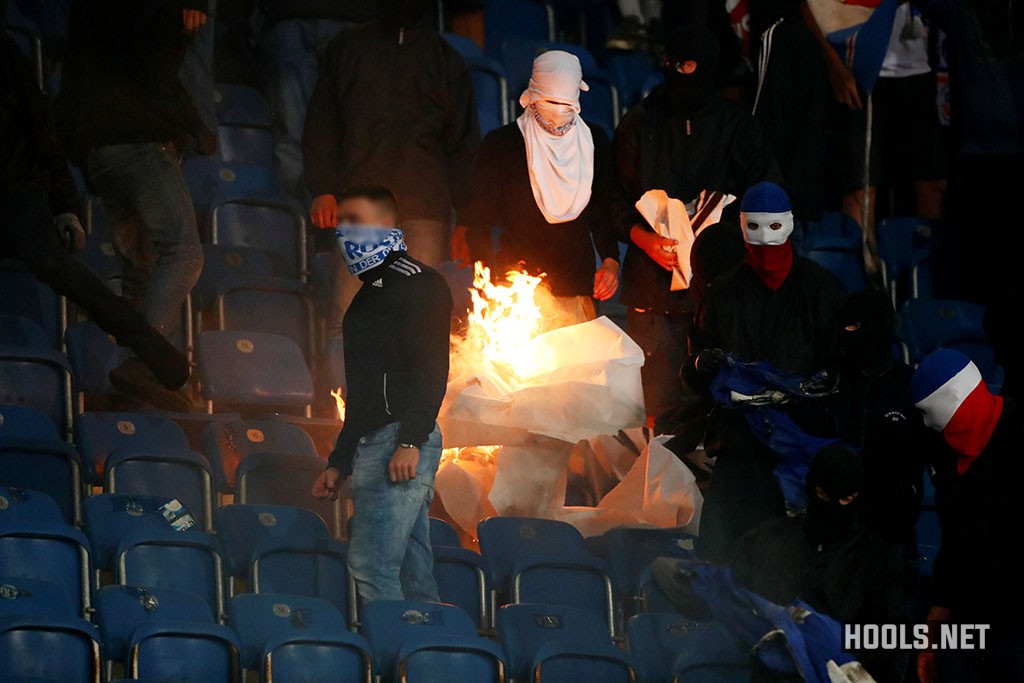 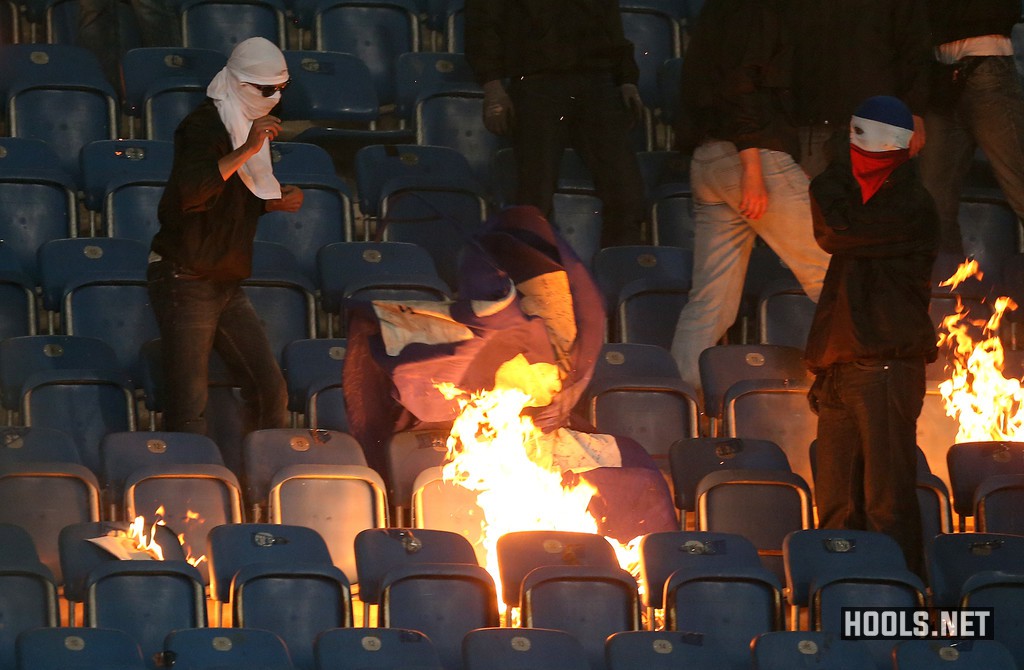 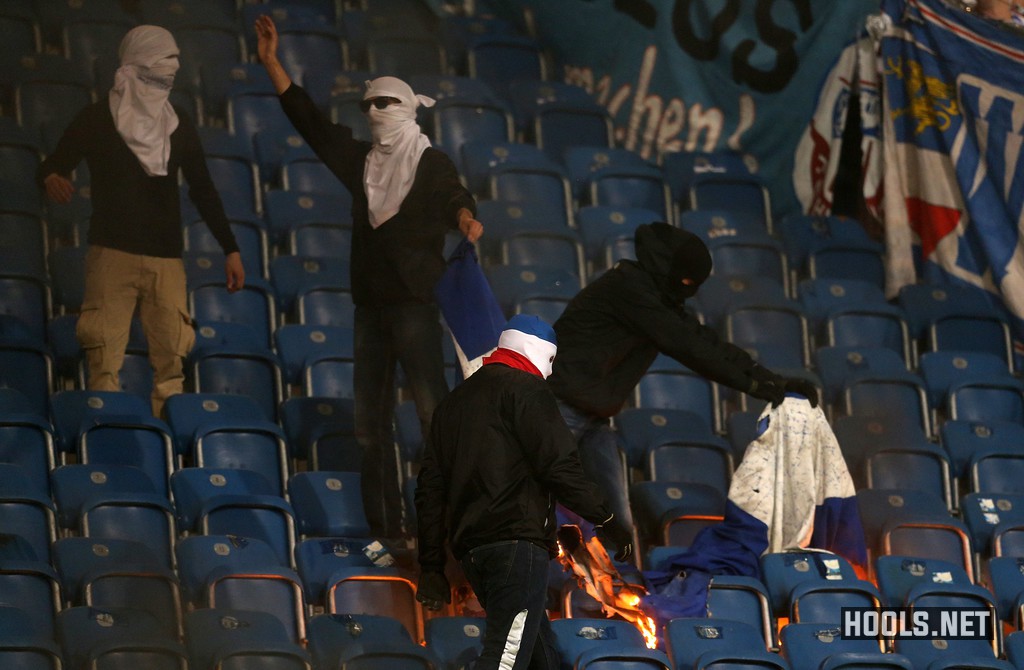 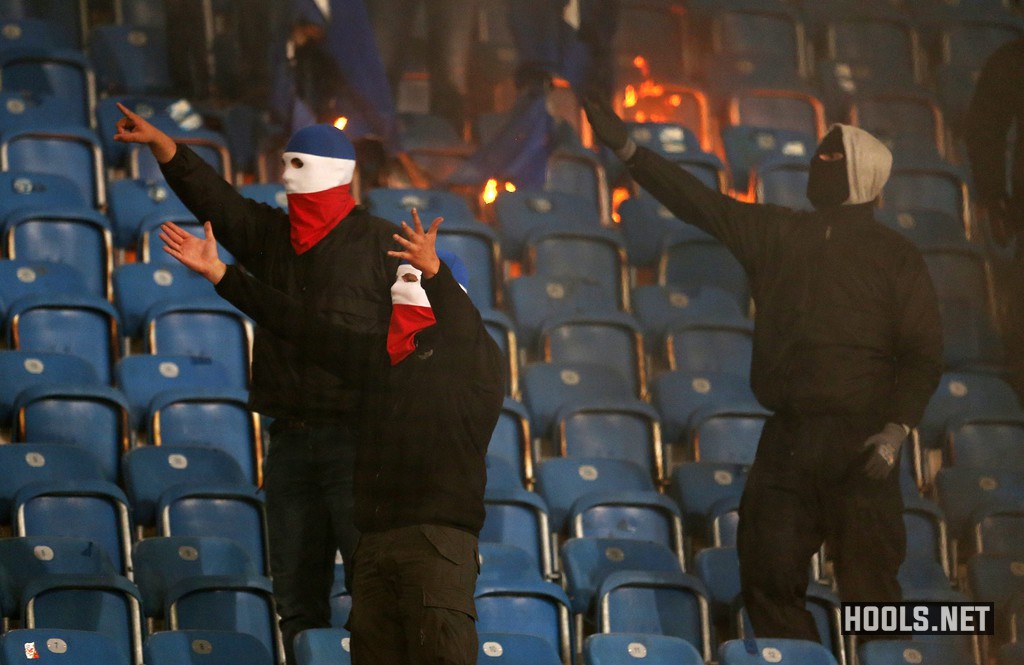 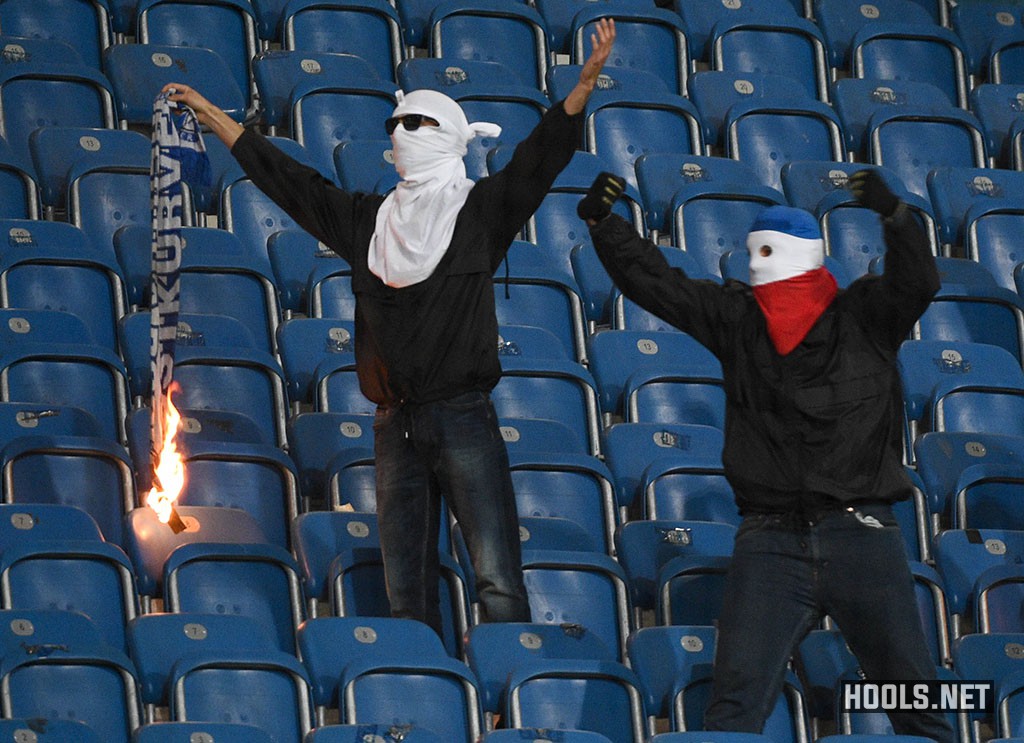 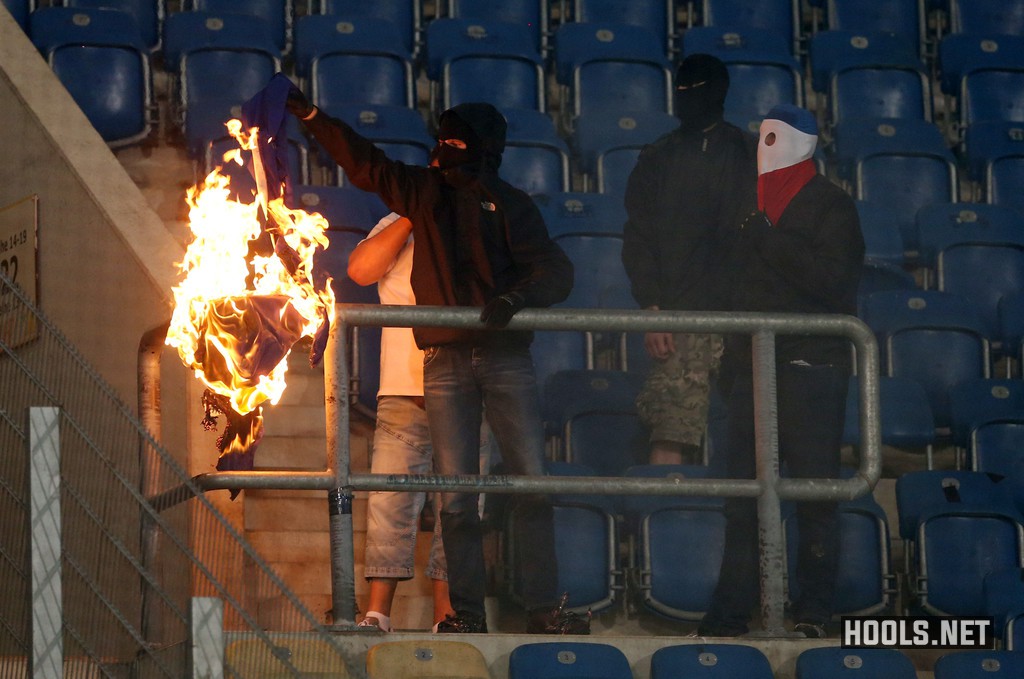 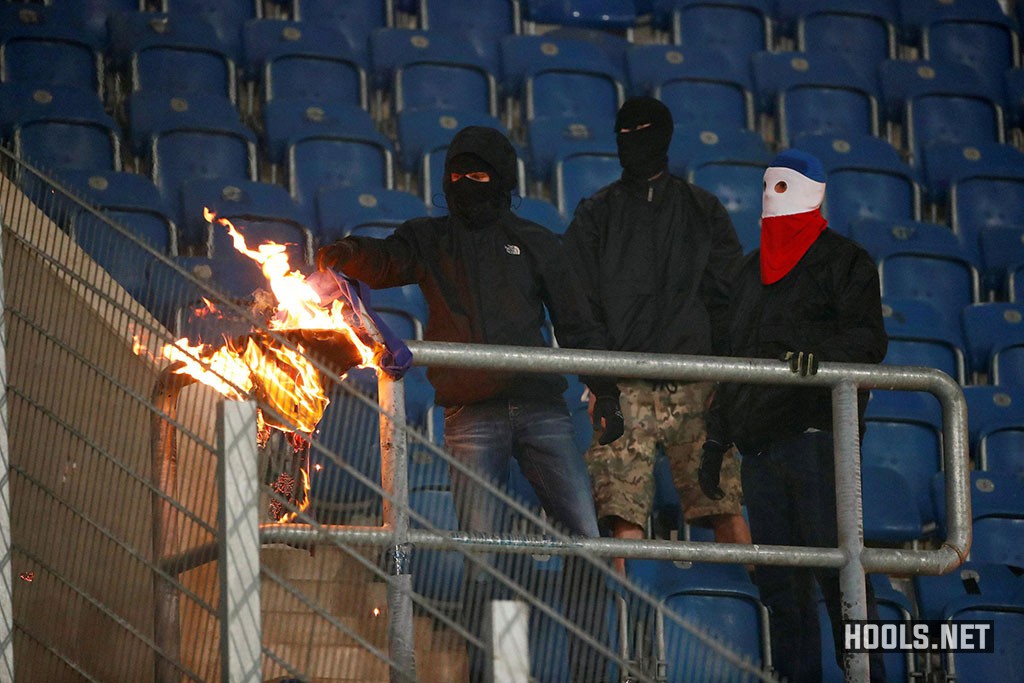 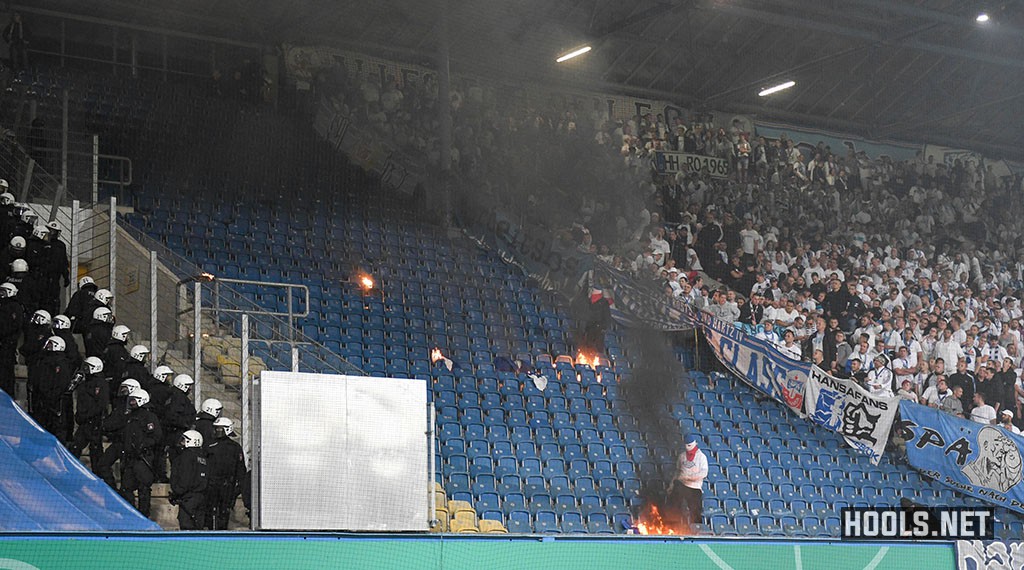 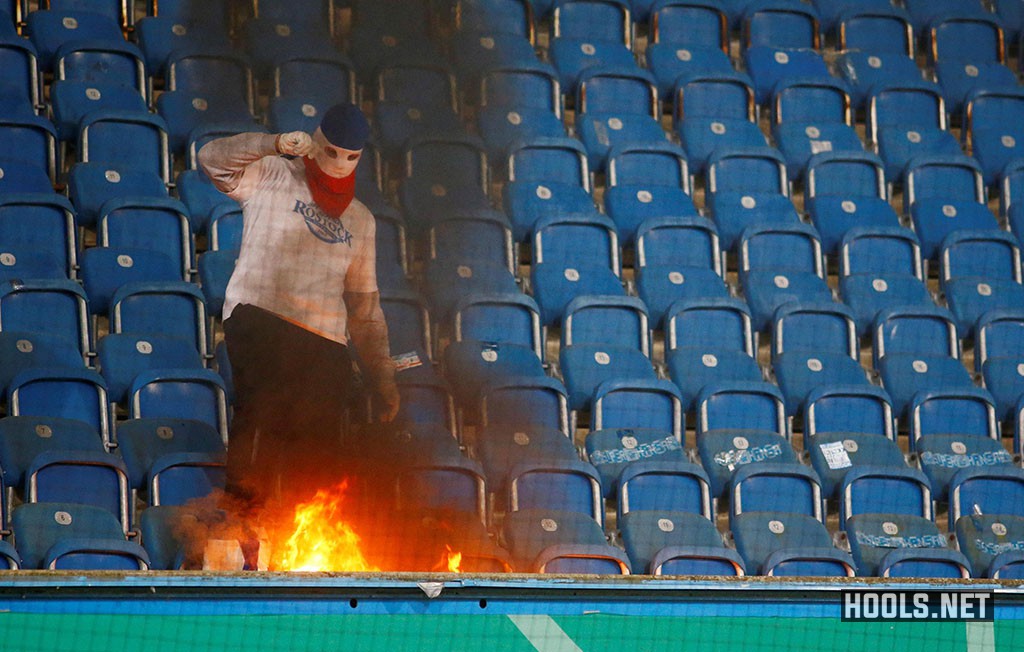 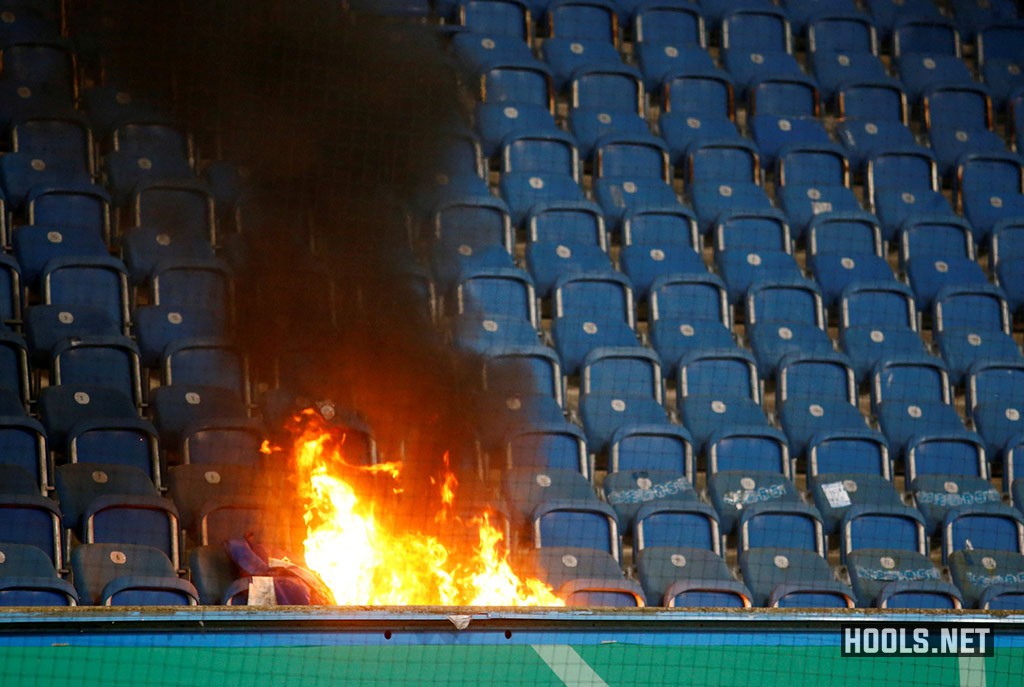 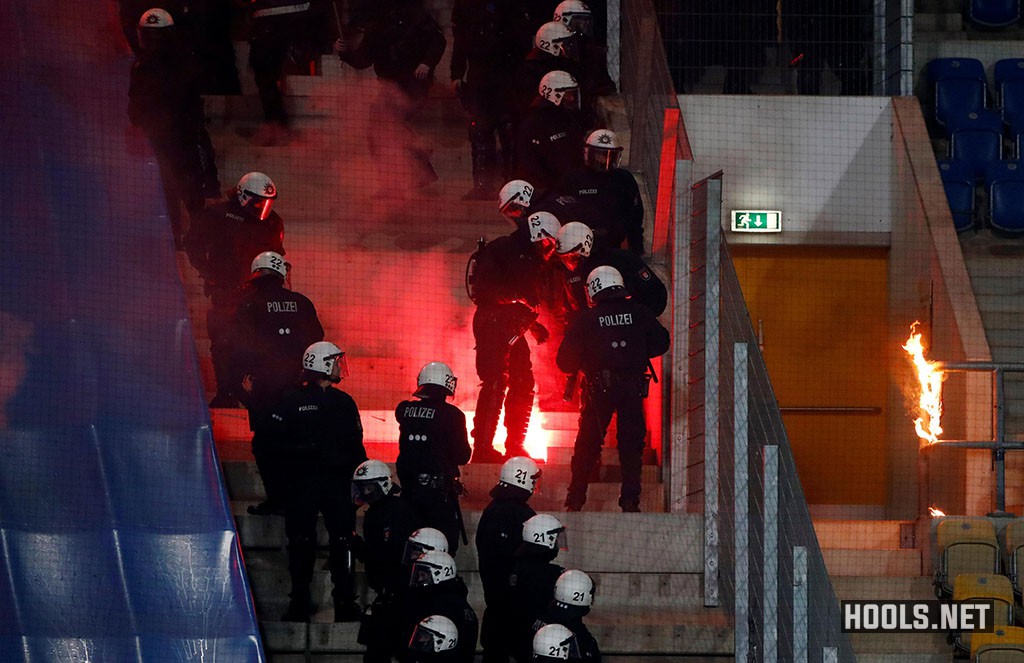 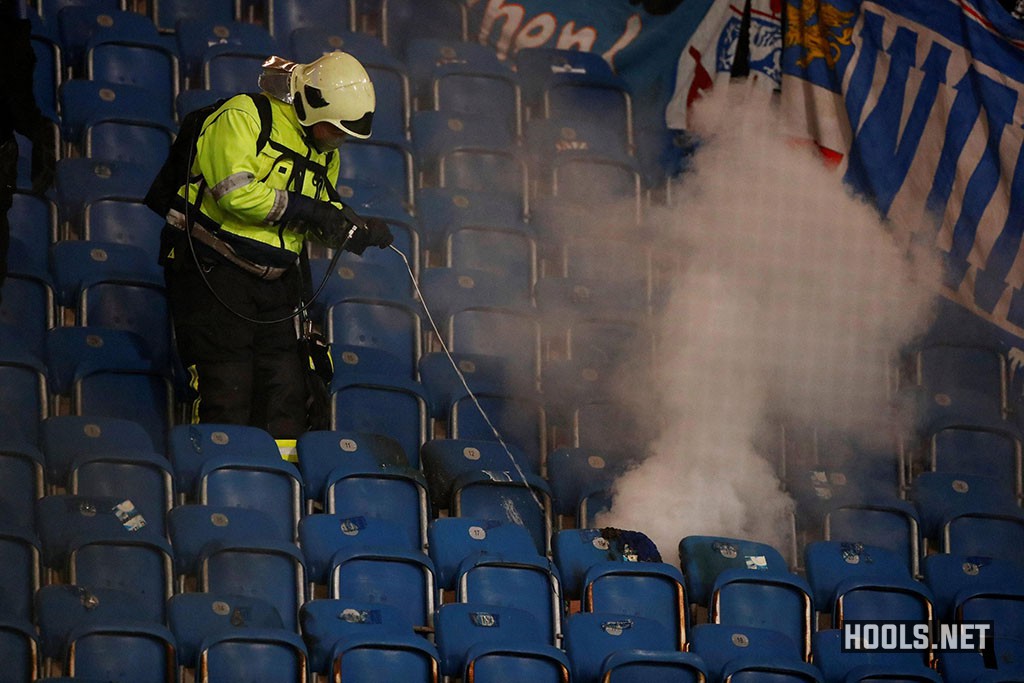