Diagoras hooligans attacked Ialysos supporters inside the Diagoras Stadium following their side’s defeat in a local cup final on Tuesday.

Diagoras were beaten 6-5 on penalties by Ialysos after a 1-1 draw.

Their fans were furious with the result – and some ran onto the pitch and began throwing flares and other missiles into a section housing rival Ialysos supporters.

In response, some Ialysos supporters began tearing up seats and throwing them towards their rival fans.

The clash lasted for about three minutes or so.

Five Diagoras hooligans, including a 15-year-old lad, were arrested. 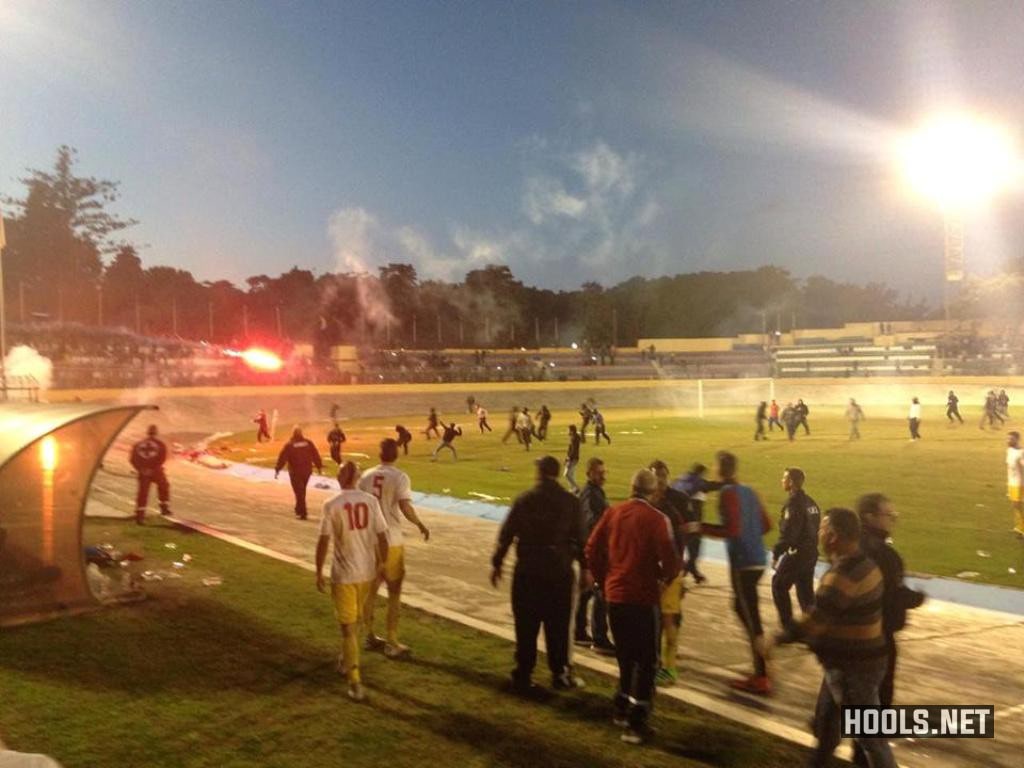 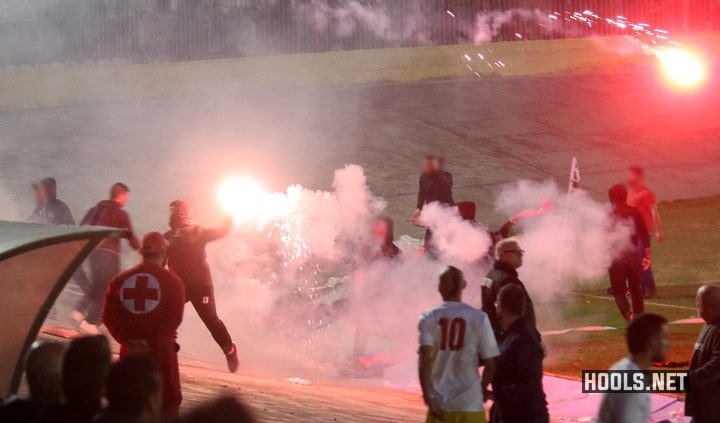 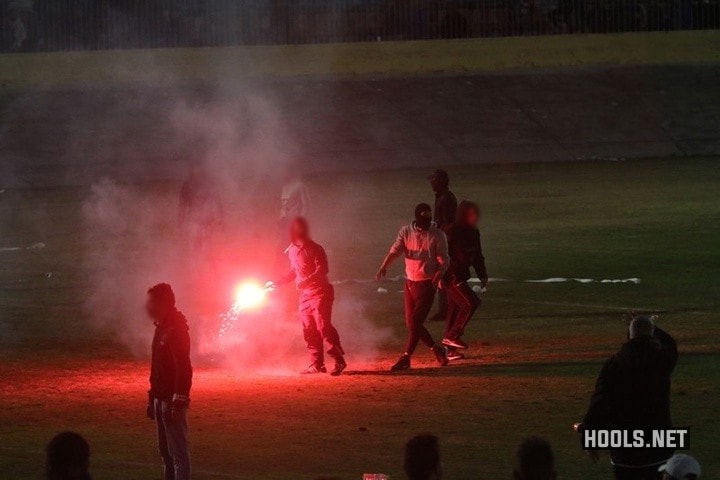 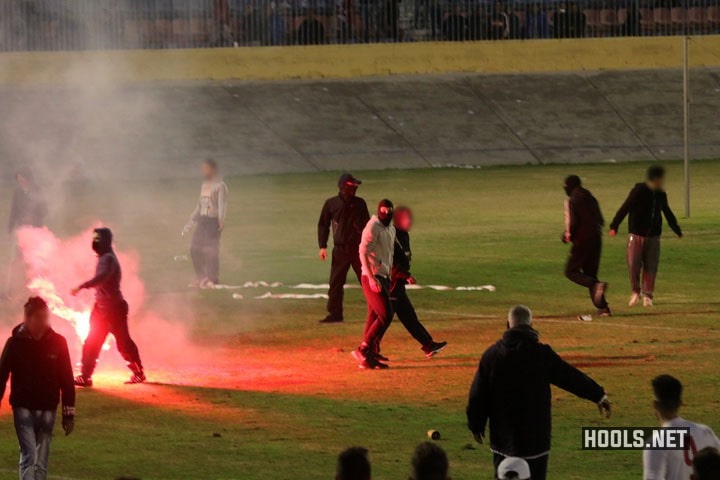 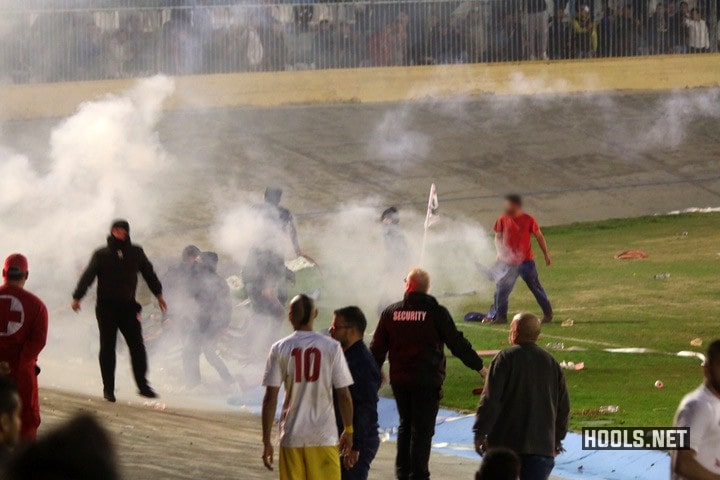