Hertha Berlin ultras clashed with riot police at the Westfalen Stadium during their team’s Bundesliga match with Borussia Dortmund on Saturday.

In the opening minutes of the game, a group of cops dressed in riot gear entered the area in front of the away section and tried to seize a large Hertha banner. Before kick-off, the banner had been used as part of a tifo celebrating the 15th anniversary of Hertha’s ultras group Hauptstadtmafia.

This police action triggered an angry reaction among the visiting fans. A group of hardcore Hertha fans jumped from their section and began attacking the cops with flagpoles, forcing them to retreat. 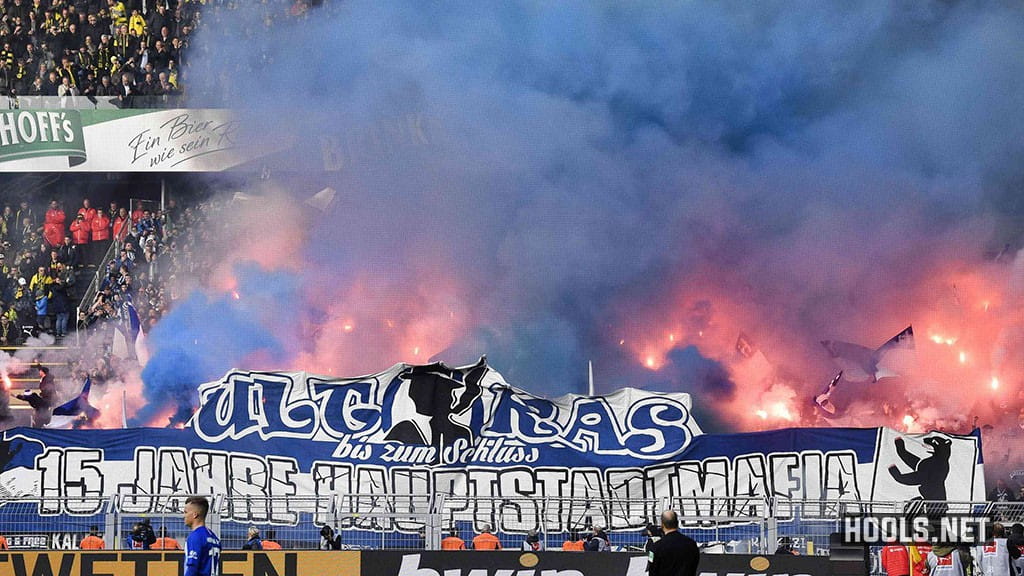 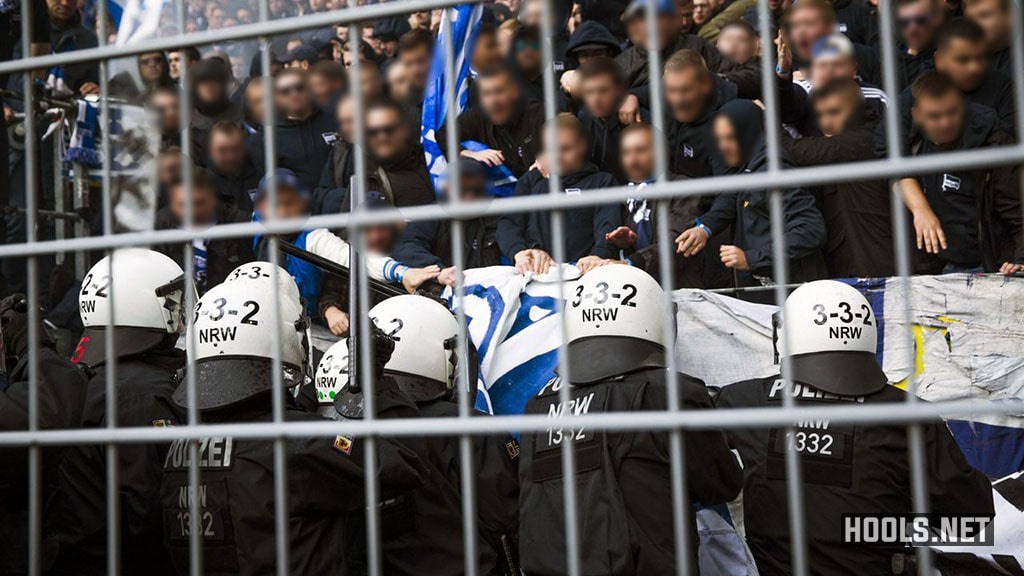 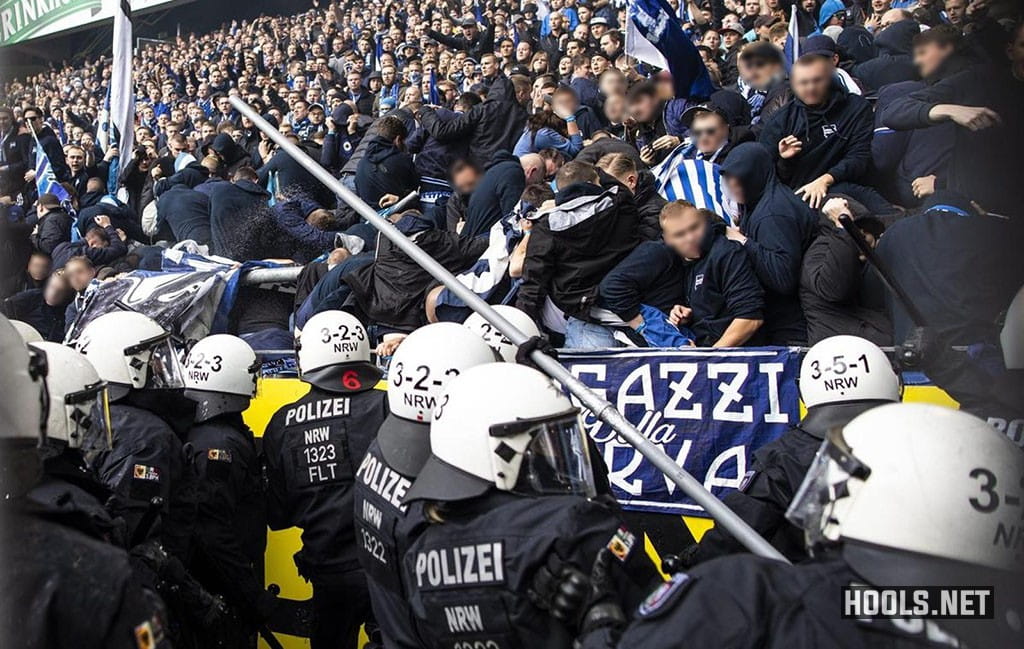 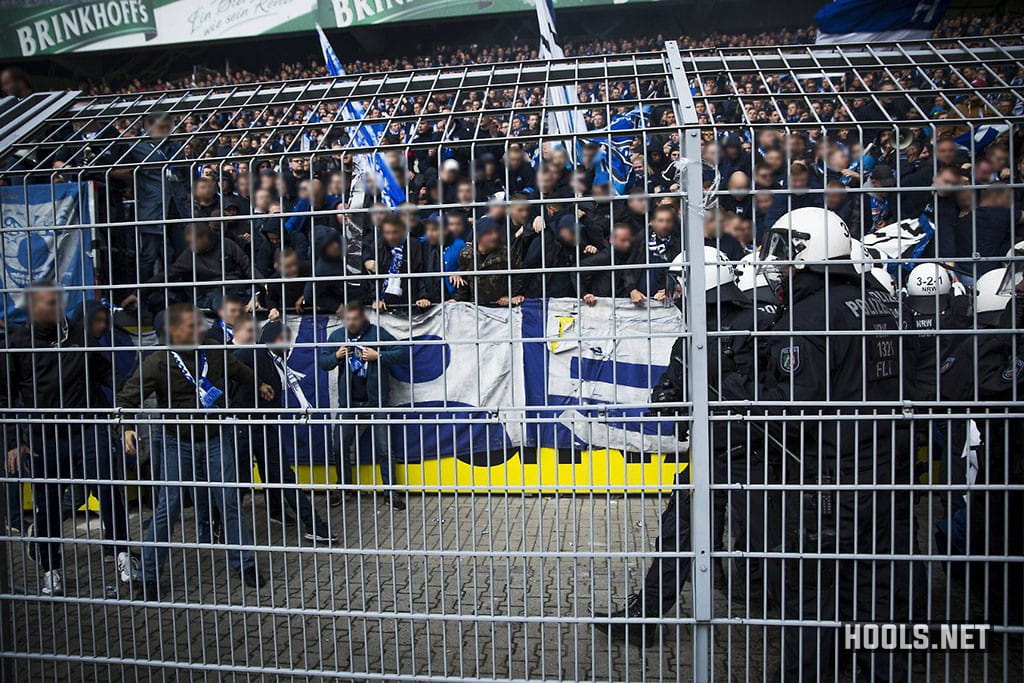 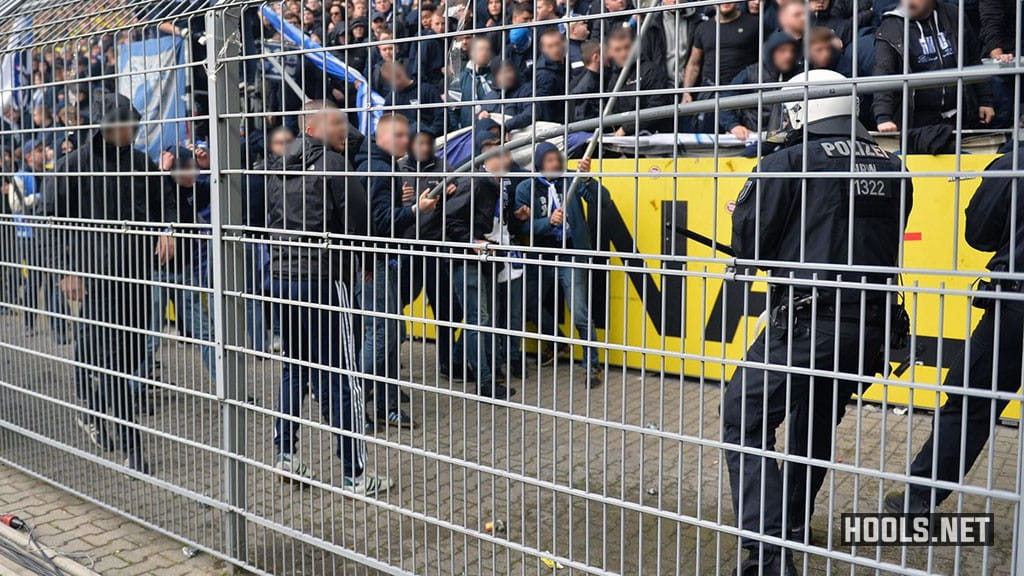 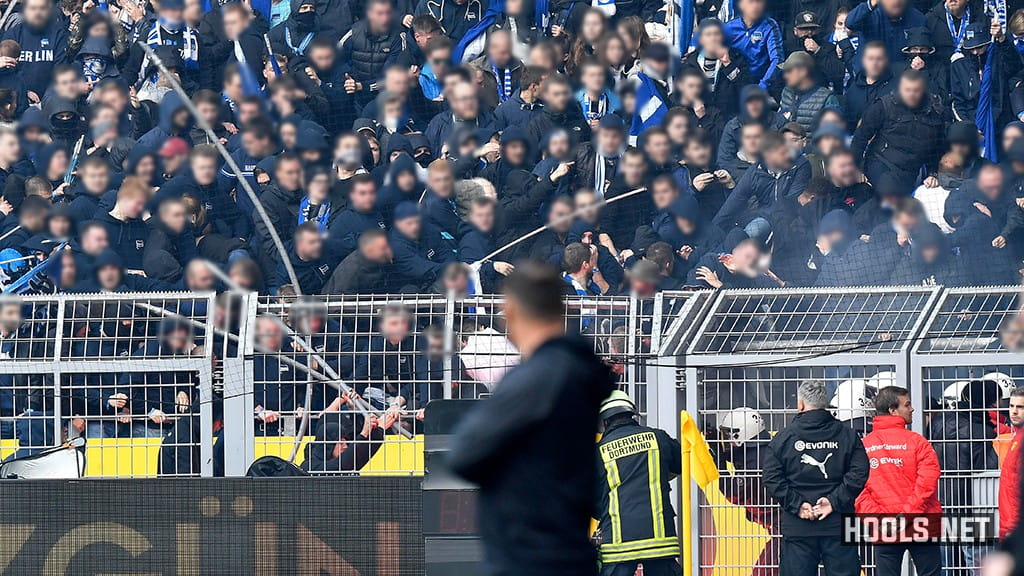 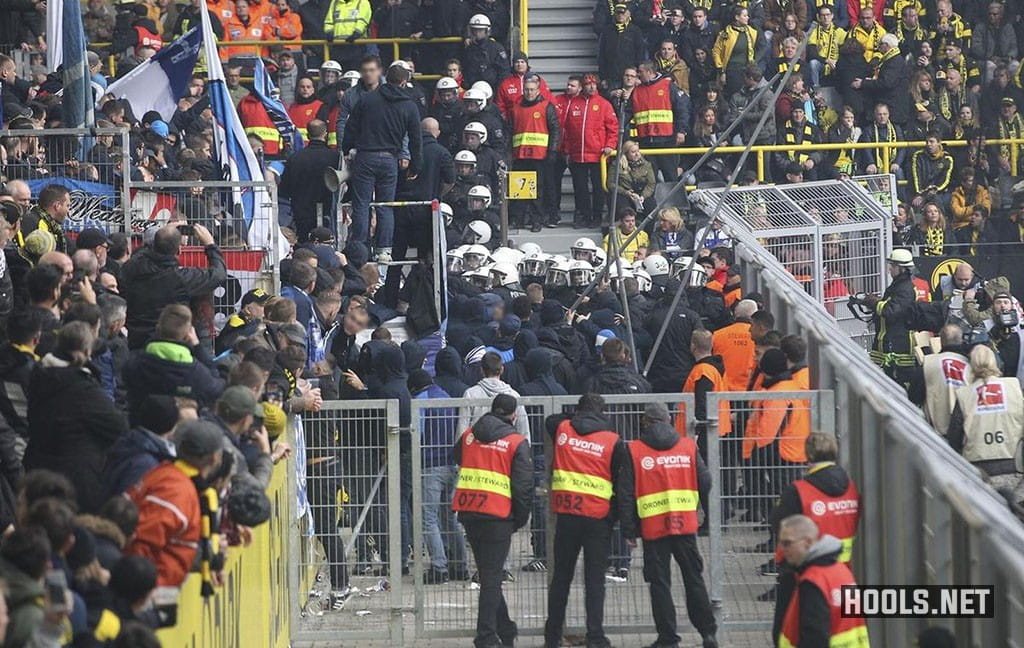 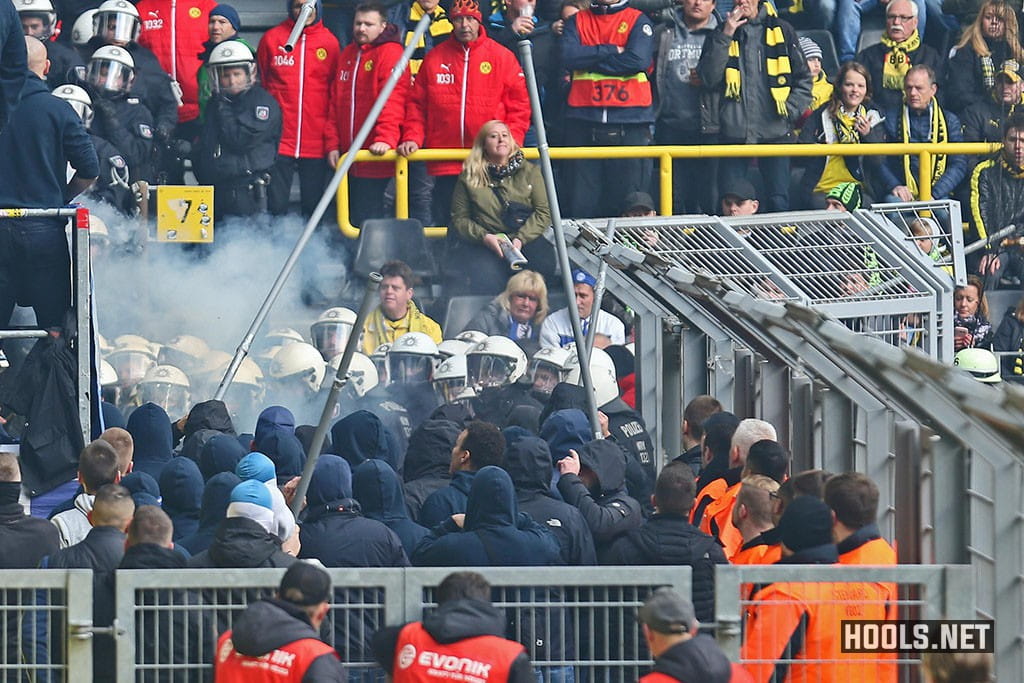 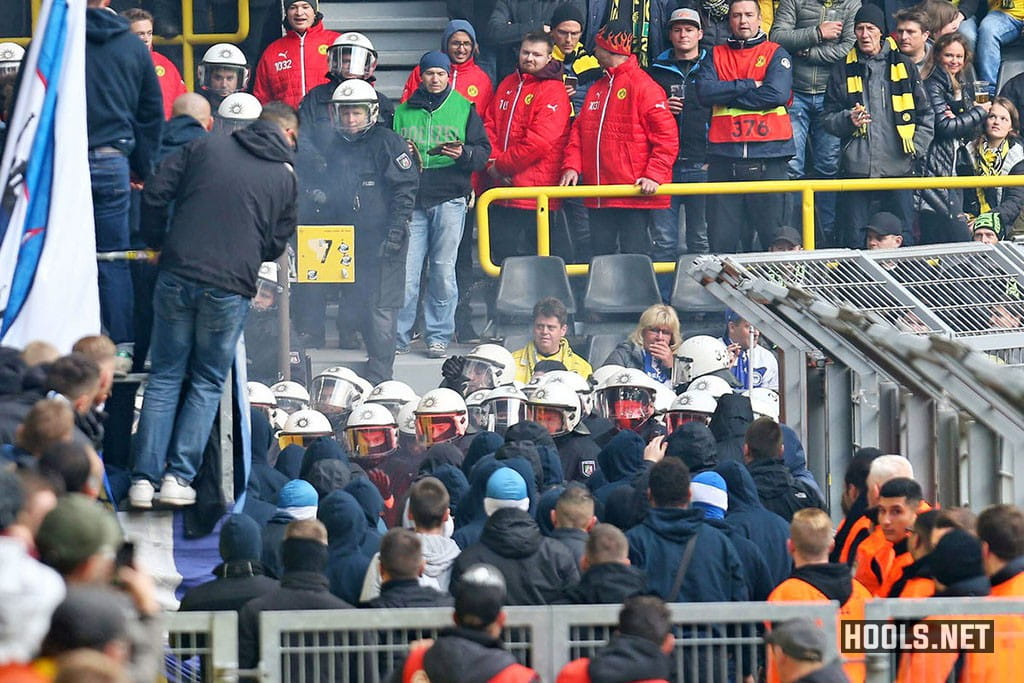