Fans of Leicester City and Napoli clashed in the stands at the King Power Stadium after the final whistle of their Europa League match on Thursday.

Rival fans were seen brawling in the corner where the away end meets the North Stand.

Some Italians used their belts as weapons during the brawl.

Supporters from both sides also threw plastic bottles and other missiles at each other.

Cops had to step in to separate the two sets of fans. After a couple of minutes, they gained control of the situation, though missiles continued to be thrown in both directions.

Leicester and Napoli fans had also clashed outside the ground before the match – resulting in nine arrests. 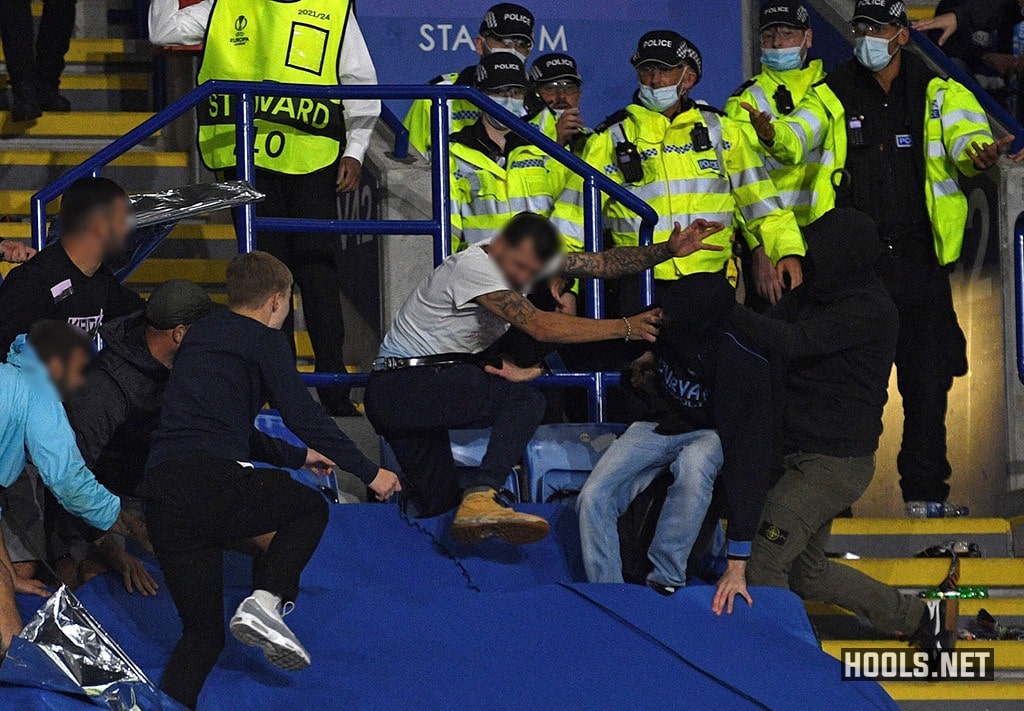 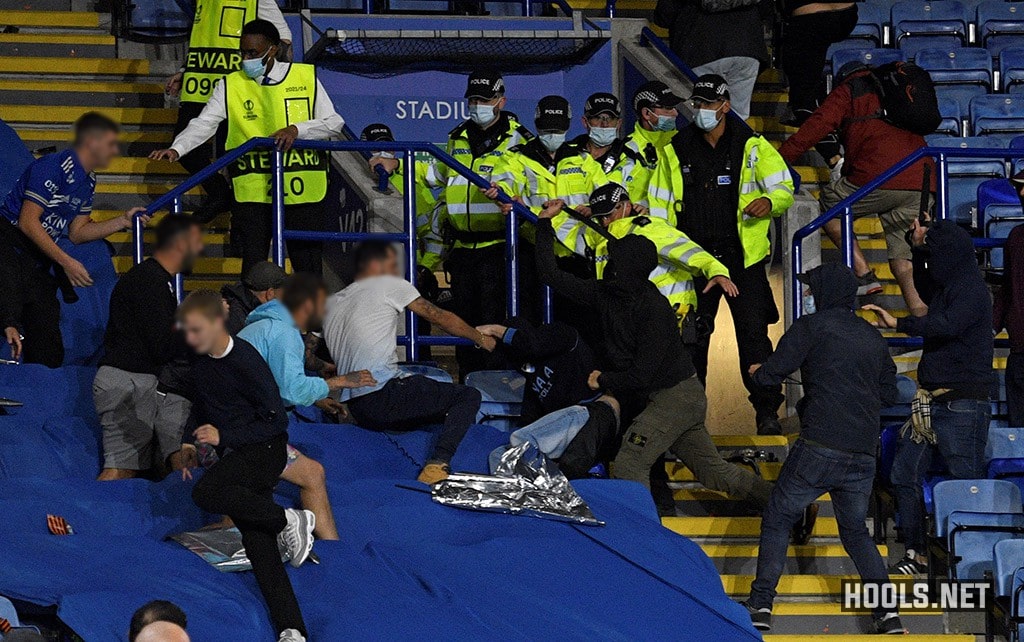 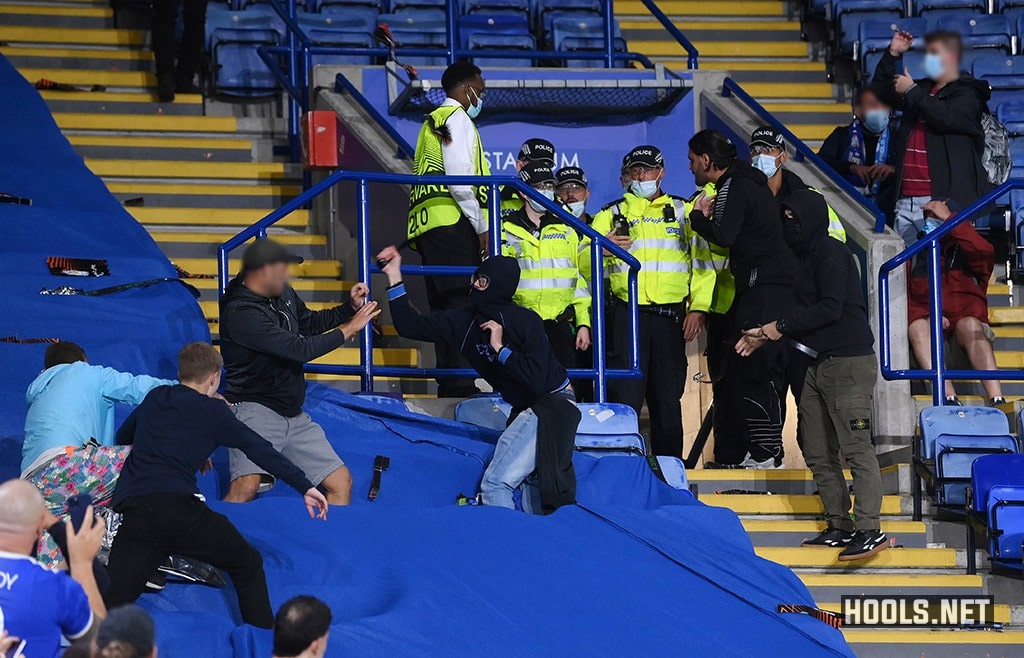 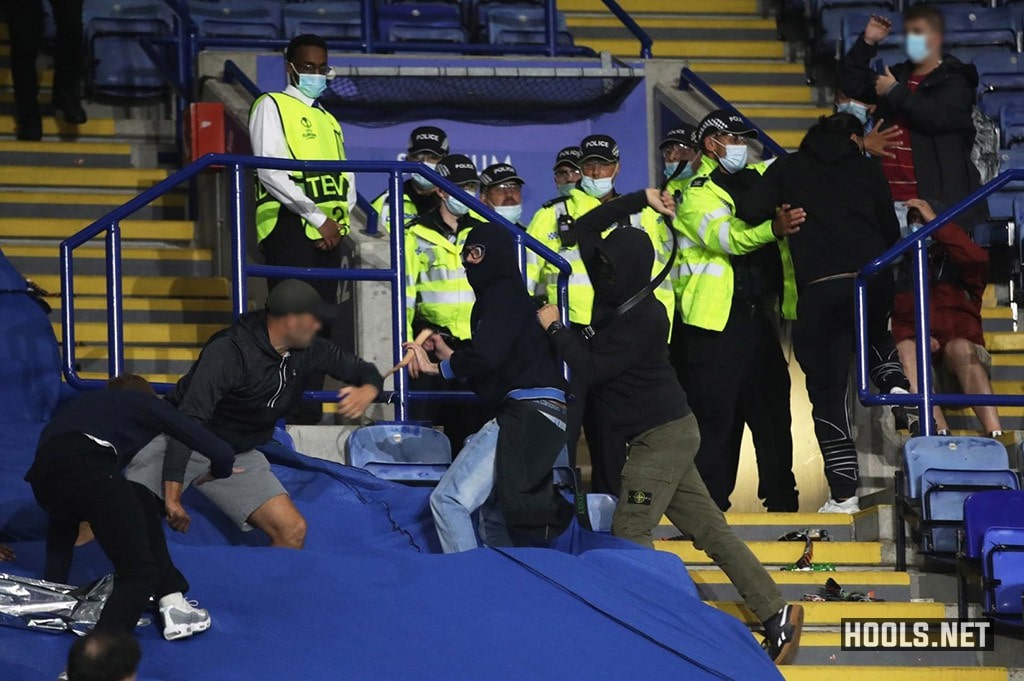 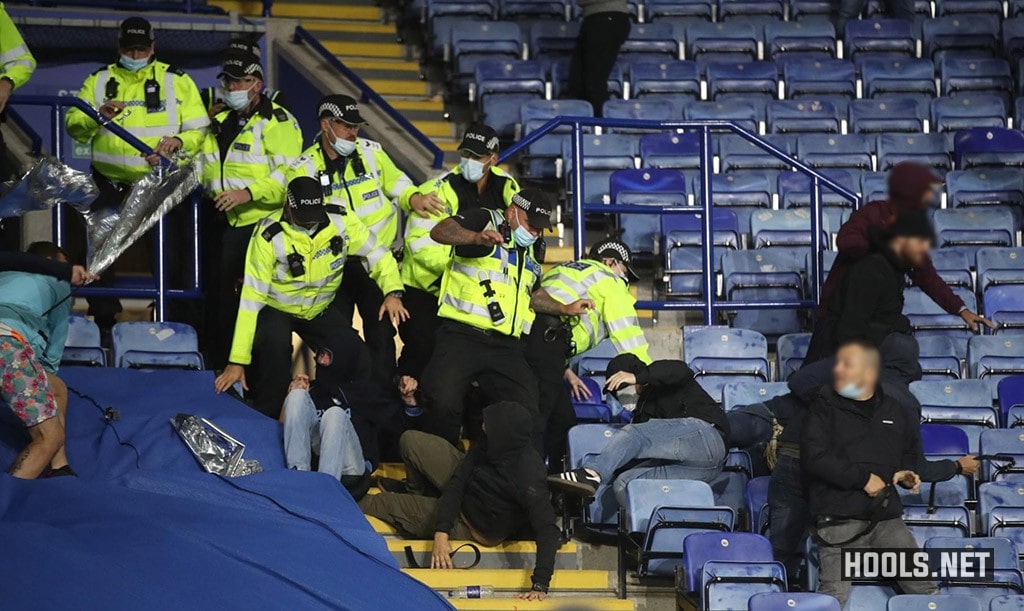 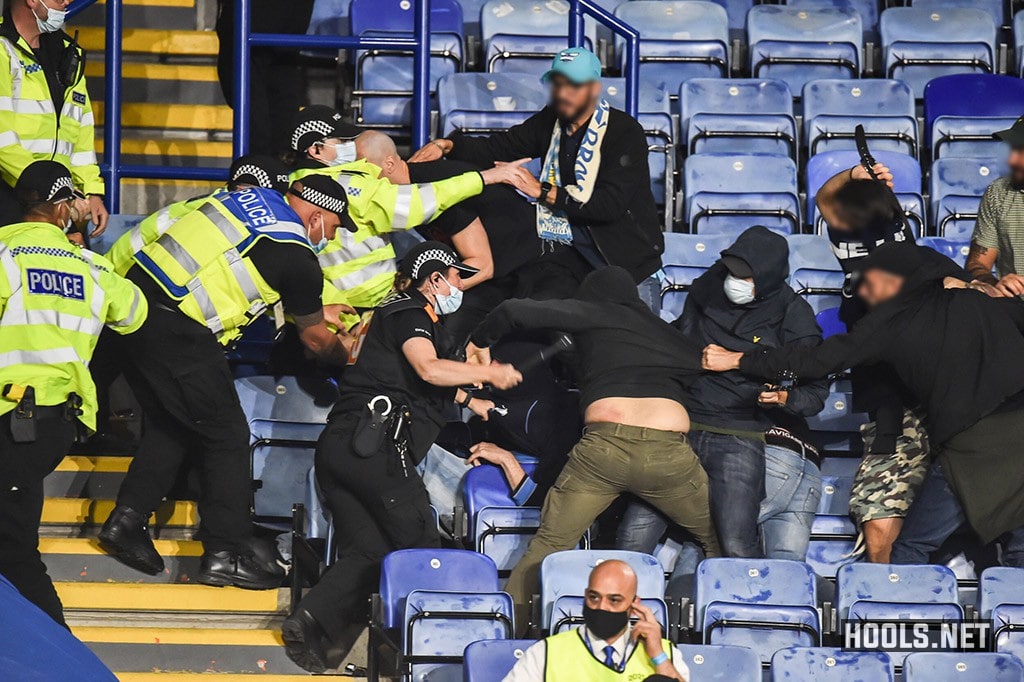