Panathinaikos hooligans clashed with riot cops at the Apostolos Nikolaidis Stadium on Saturday after their match against arch-rivals Olympiacos was called off.

Before the start of the Greek Superleague match, Panathinaikos fans hurled flares towards Olympiacos players as they walked on the pitch, hitting one of them. The players were forced to leave the pitch for their own safety.

The match officials deemed that the ground was not safe for football following the incident and called off the match.

After the decision was announced, a large group of Panathinaikos hooligans stormed the pitch and started throwing flares, broken seats and other objects at riot cops, who responded by firing tear gas.

There had also been clashes between hardcore Panathinaikos fans and riot cops close to the stadium a few hours earlier.

Over 50 people were arrested inside and outside the stadium. 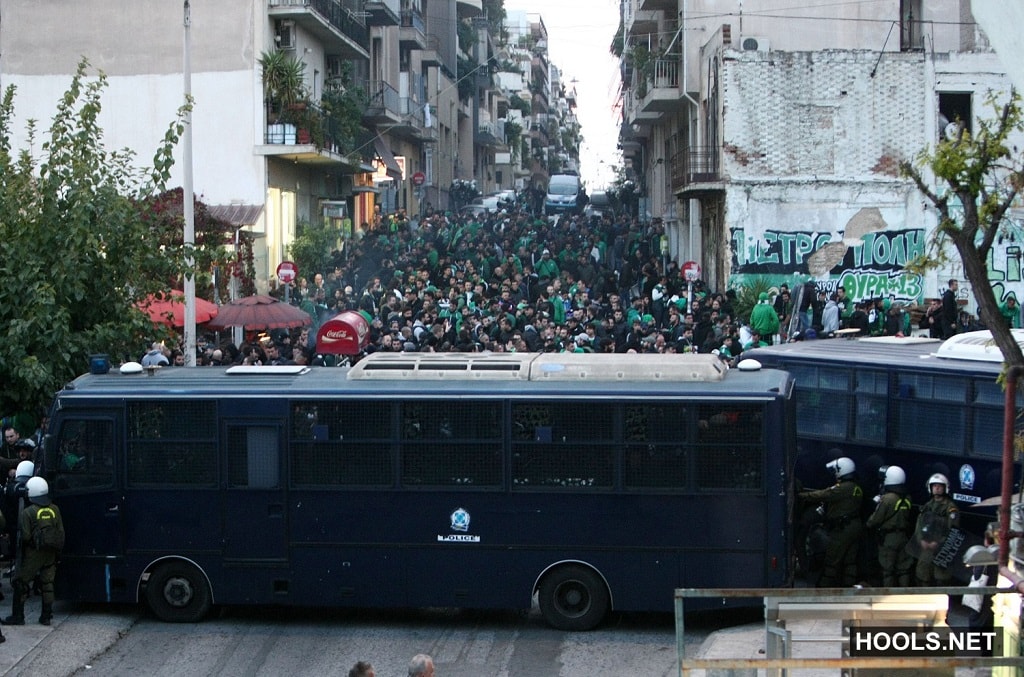 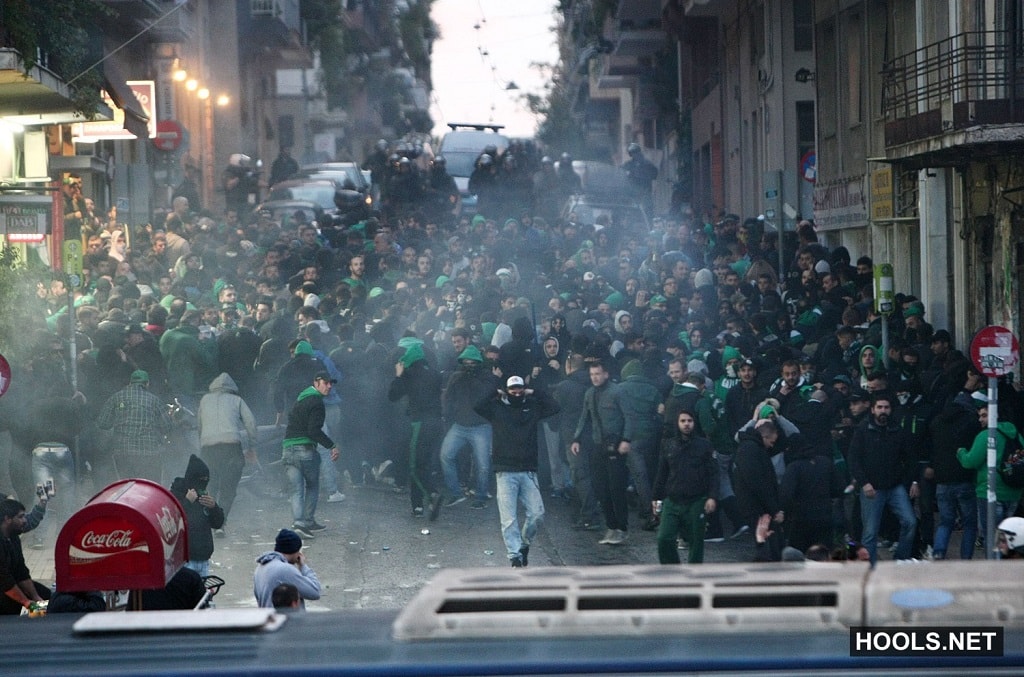 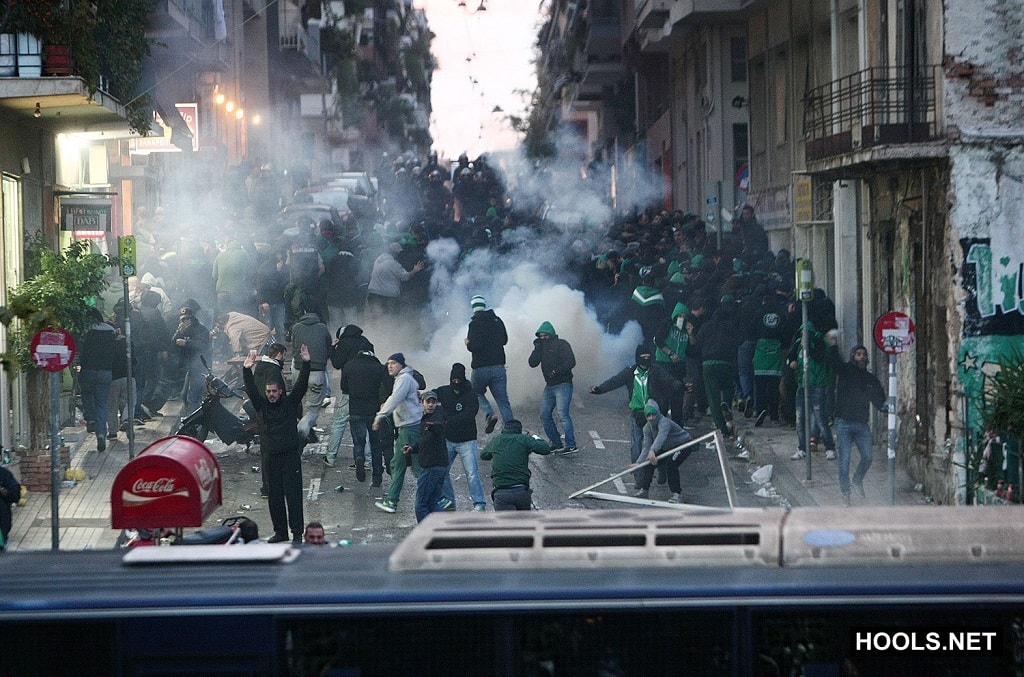 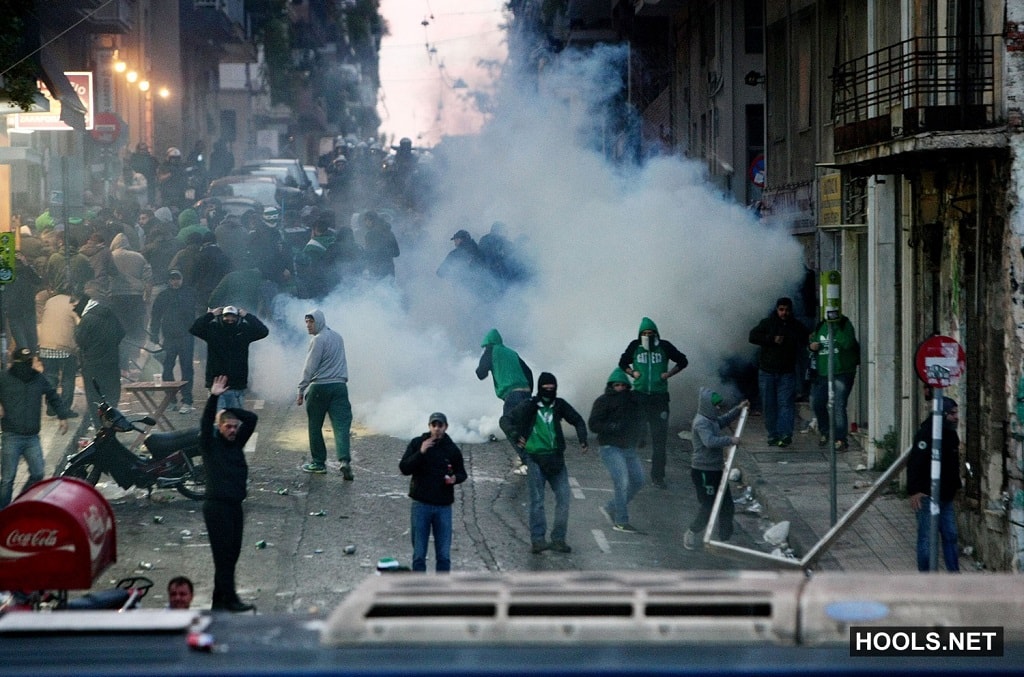 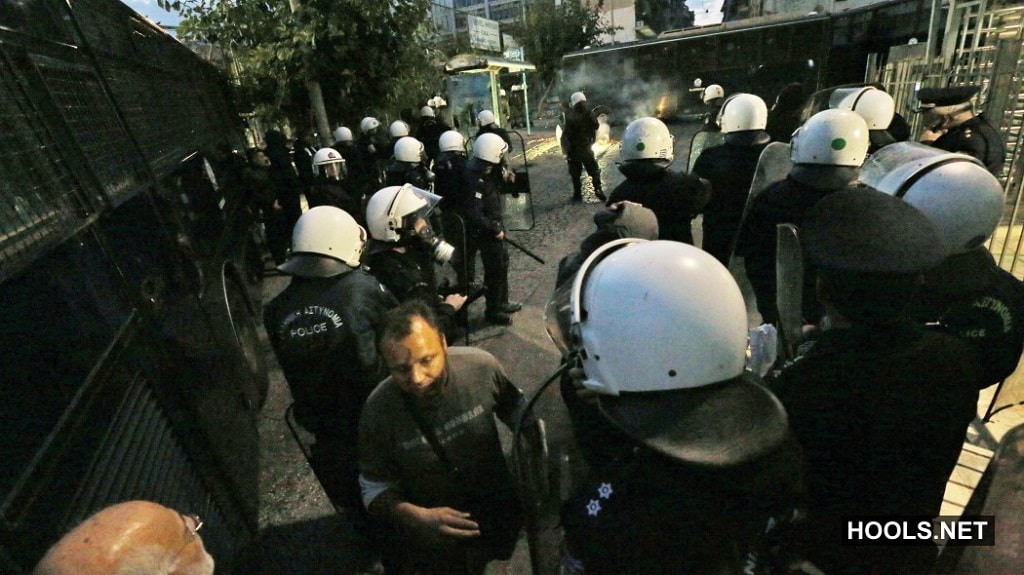 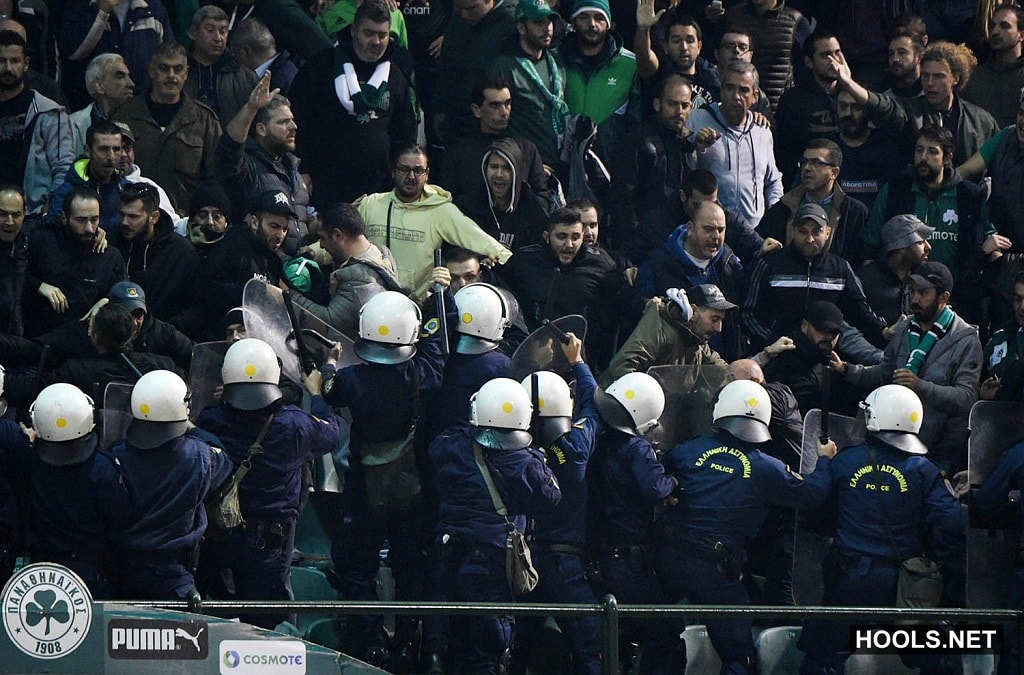 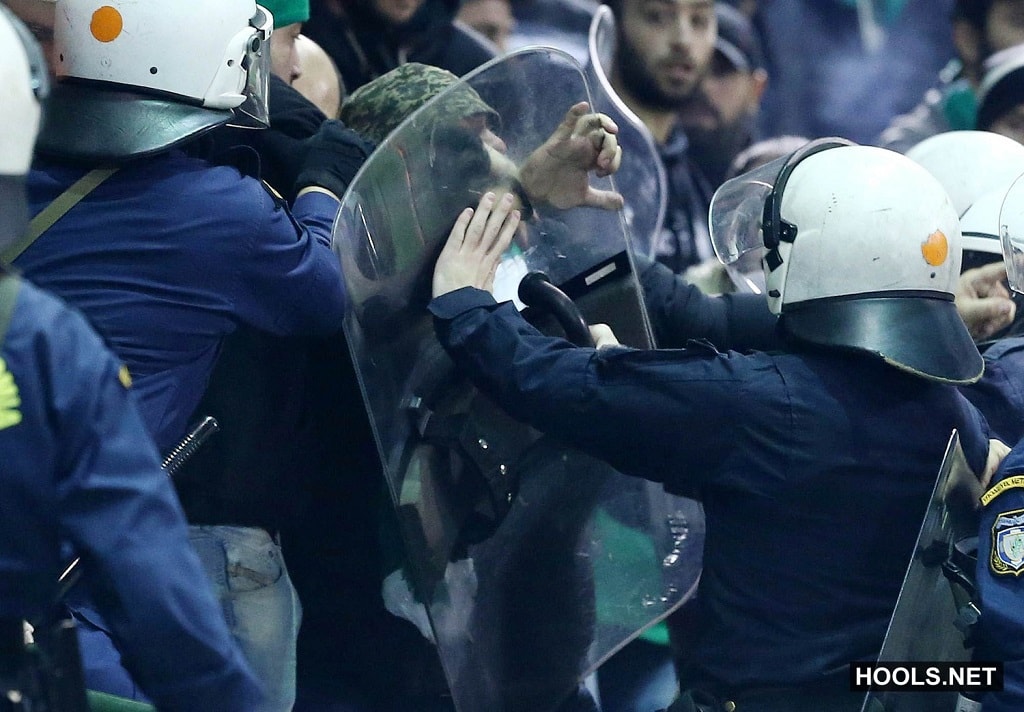 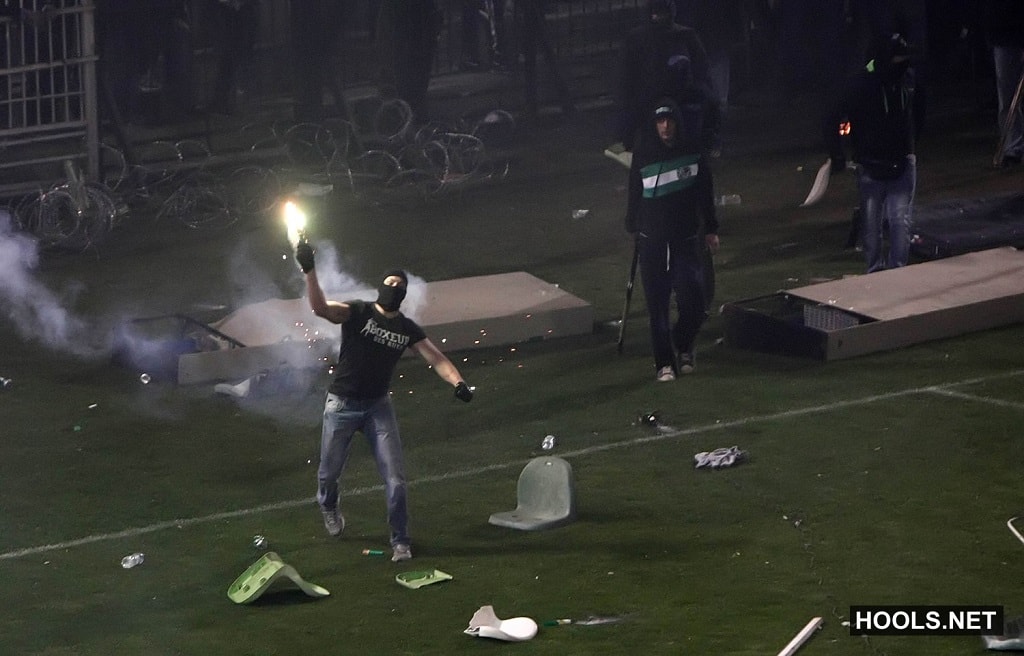 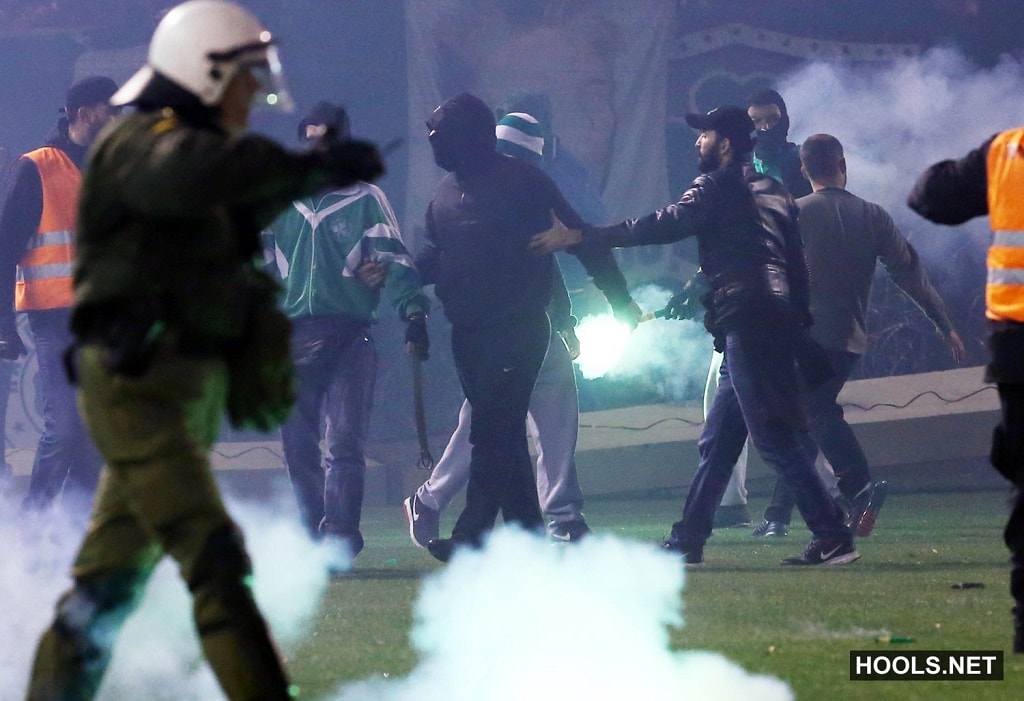 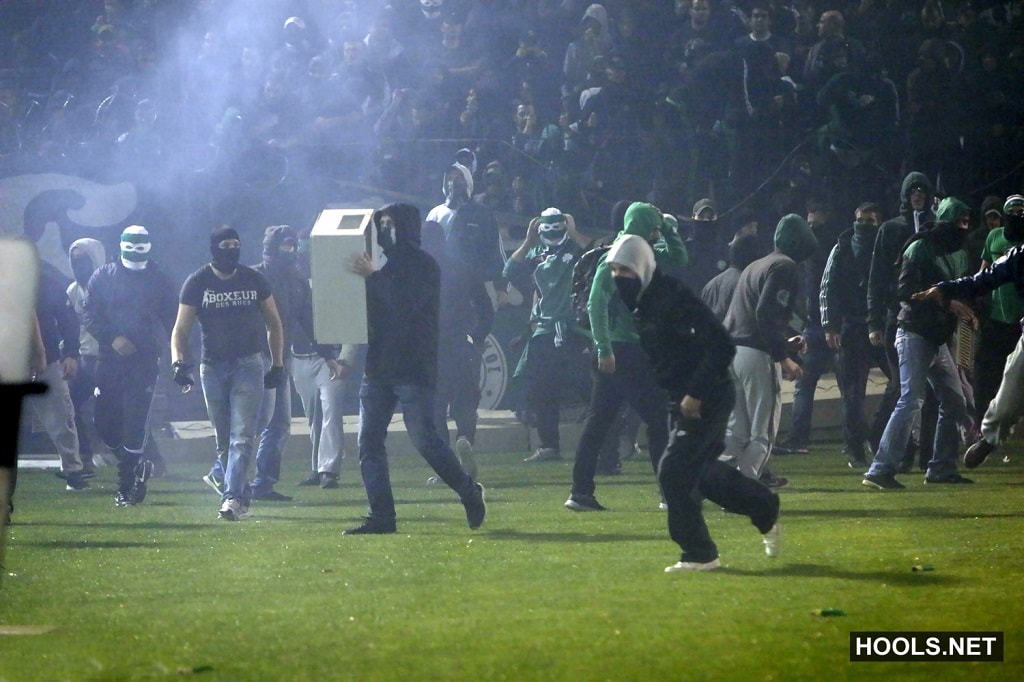 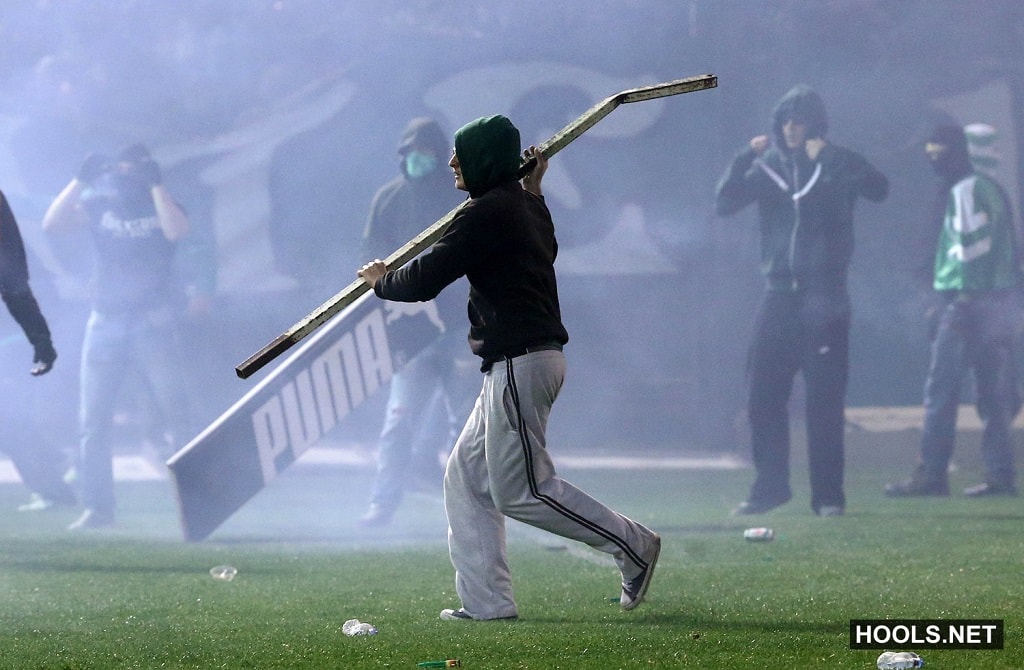 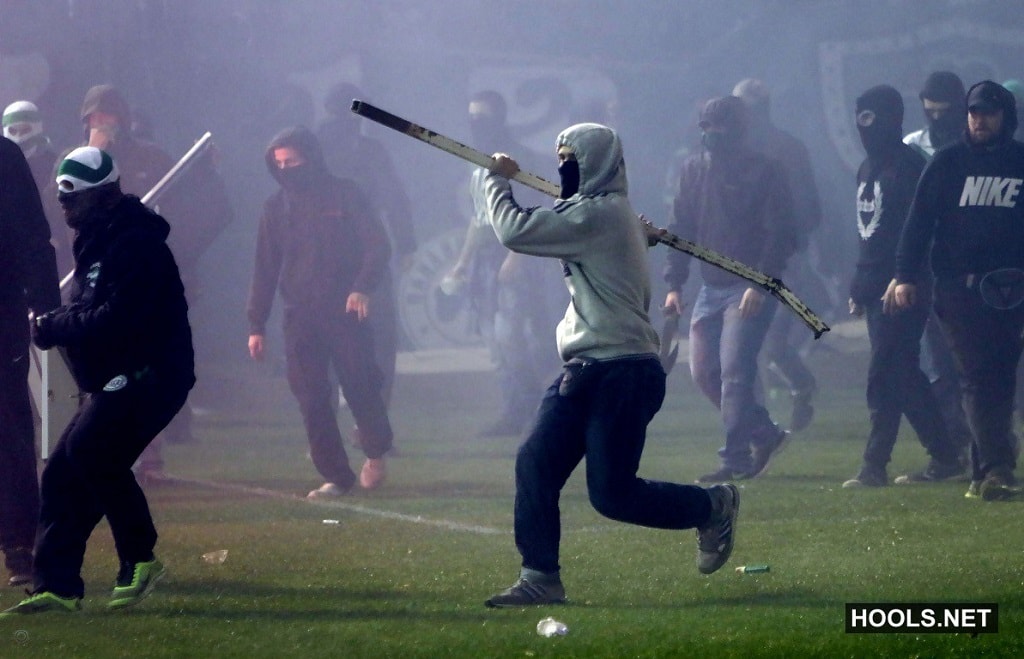 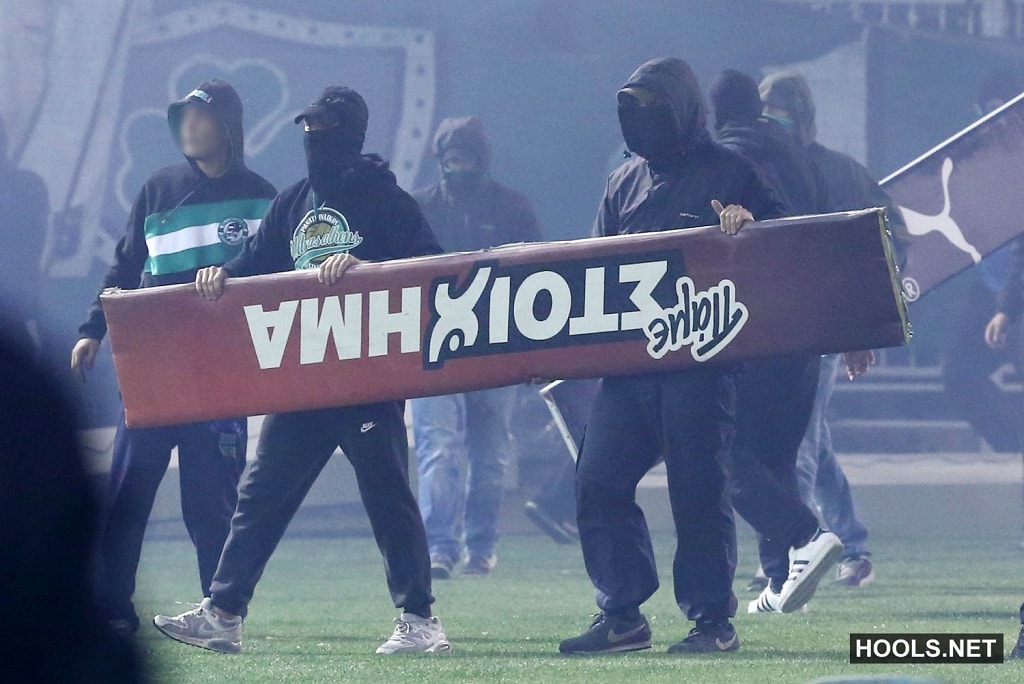 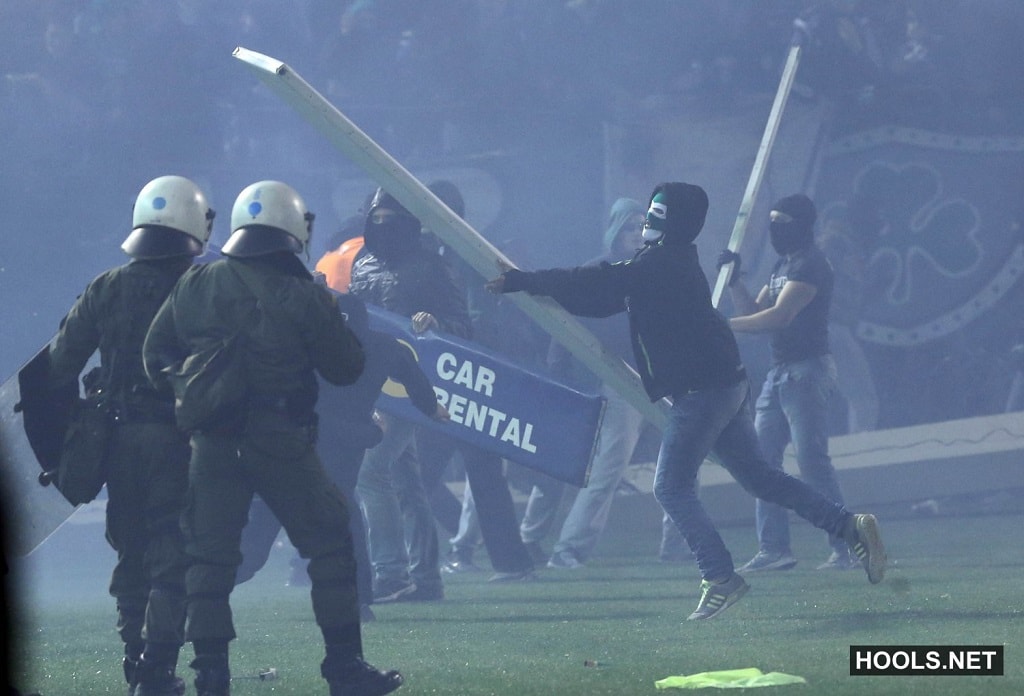 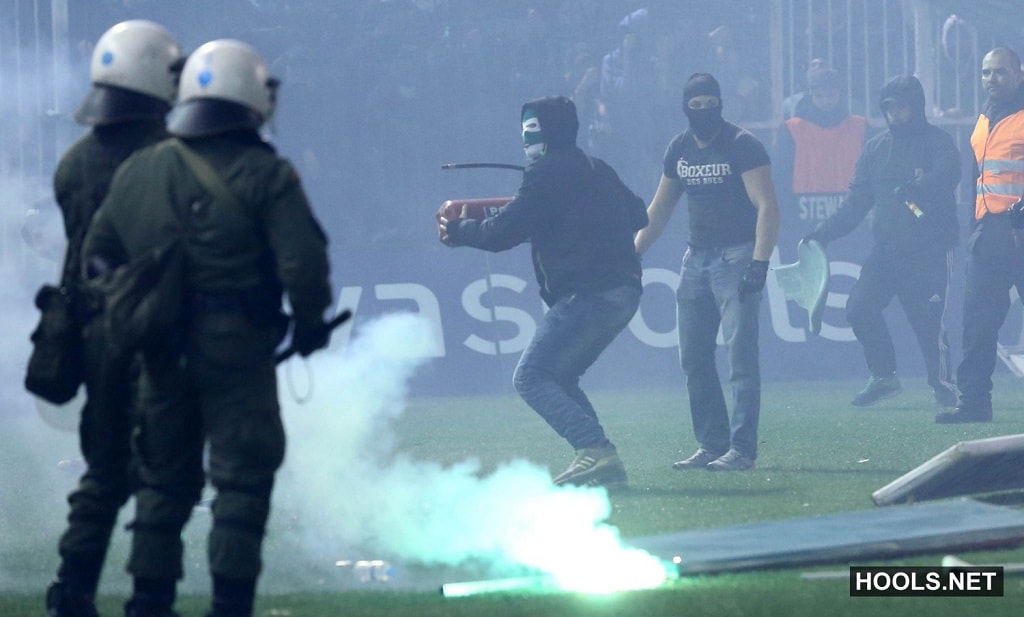 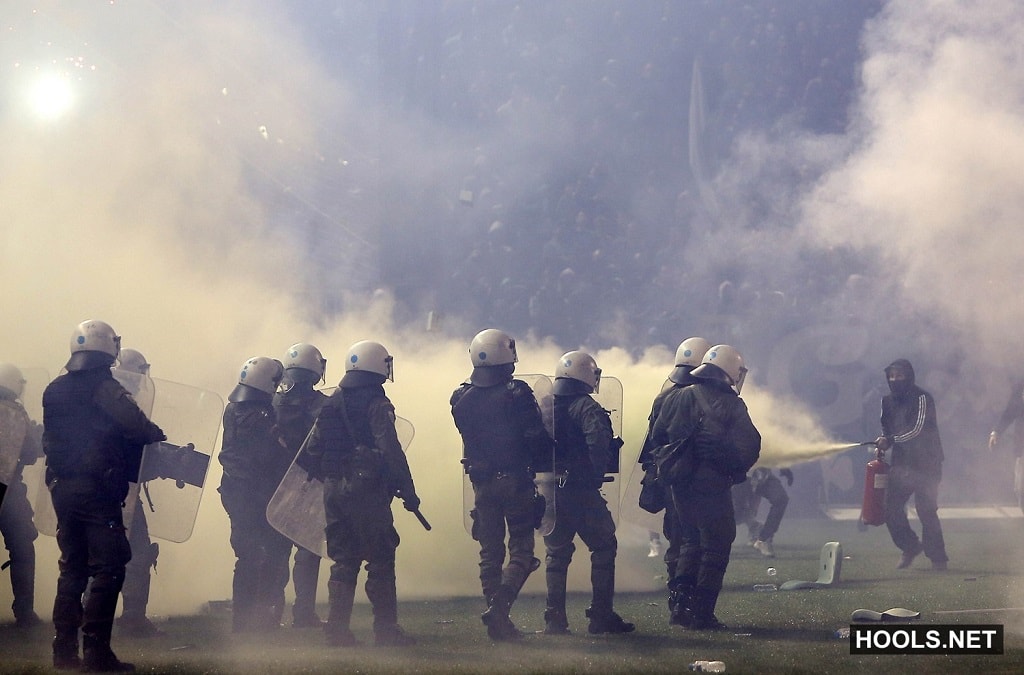 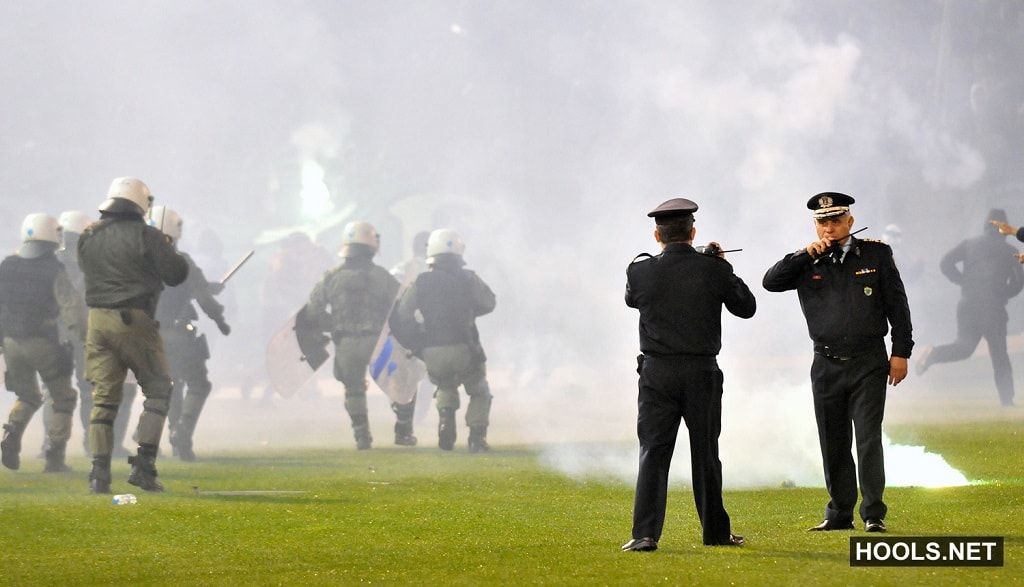 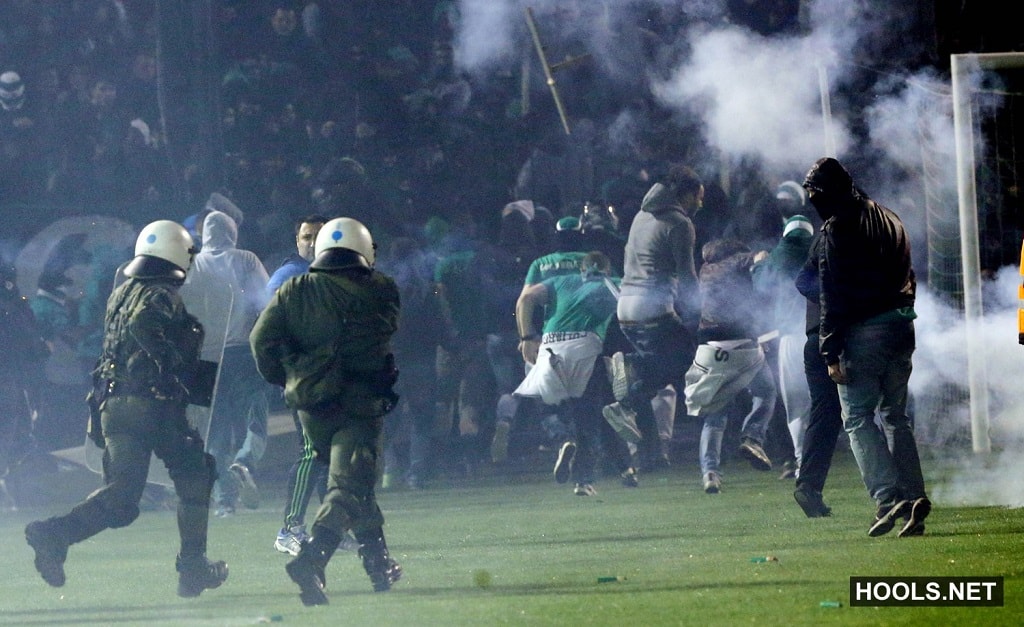 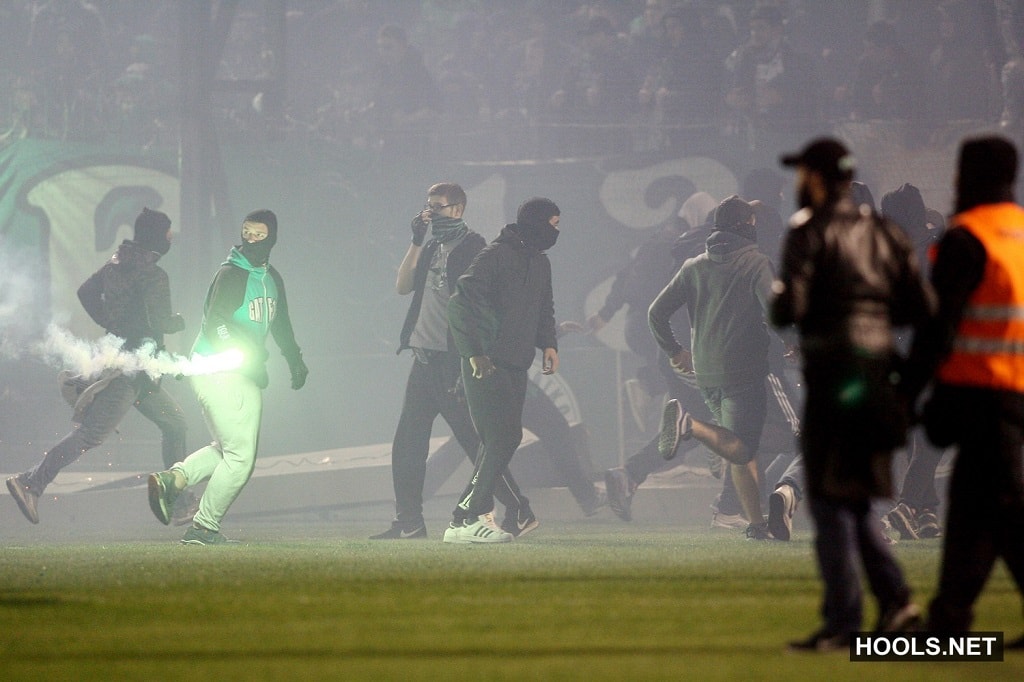 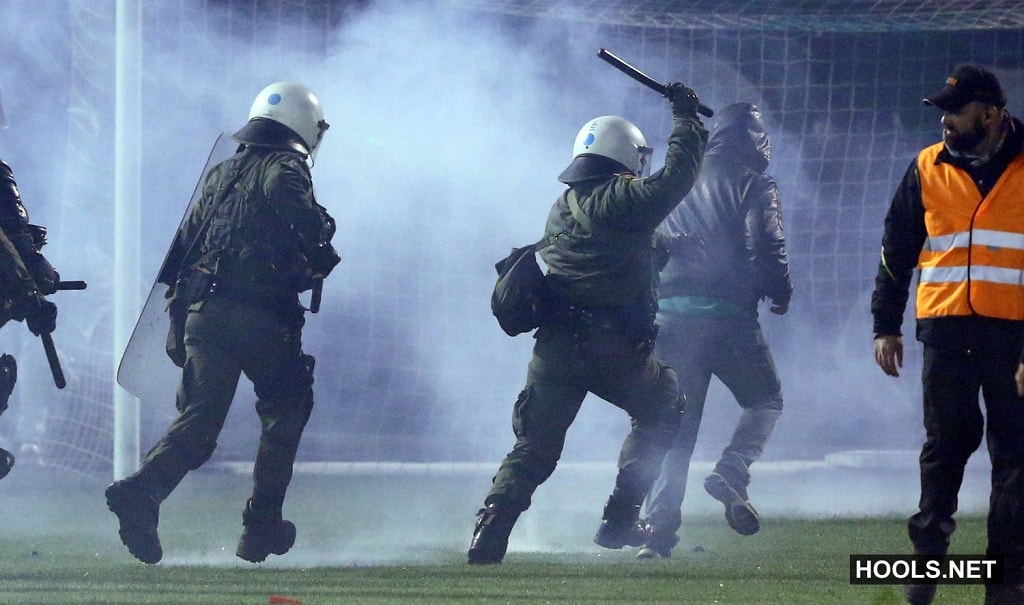 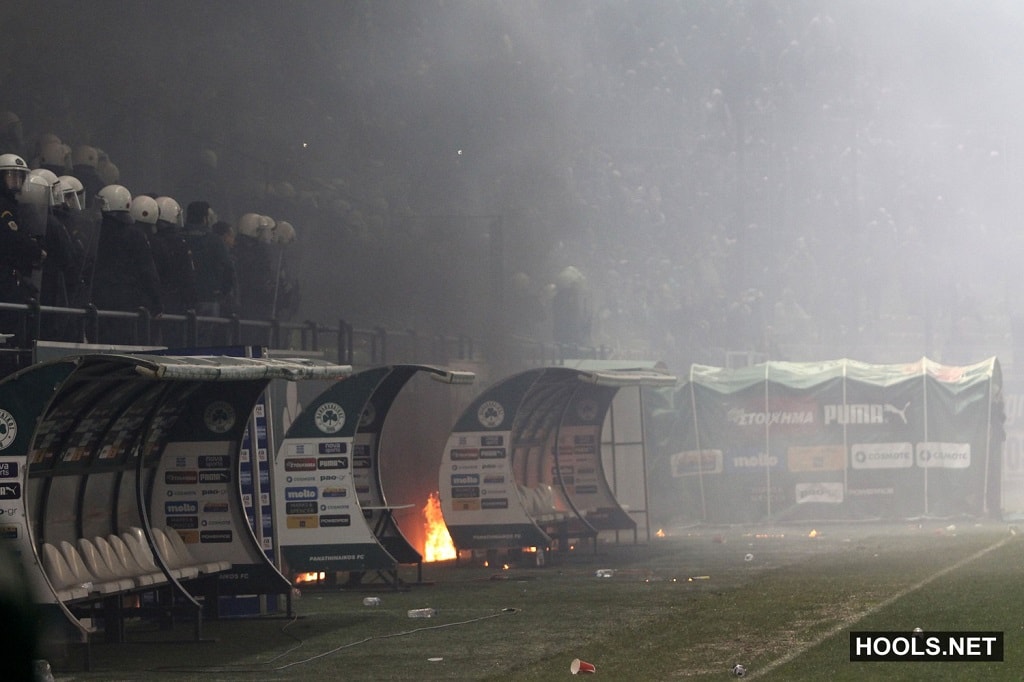 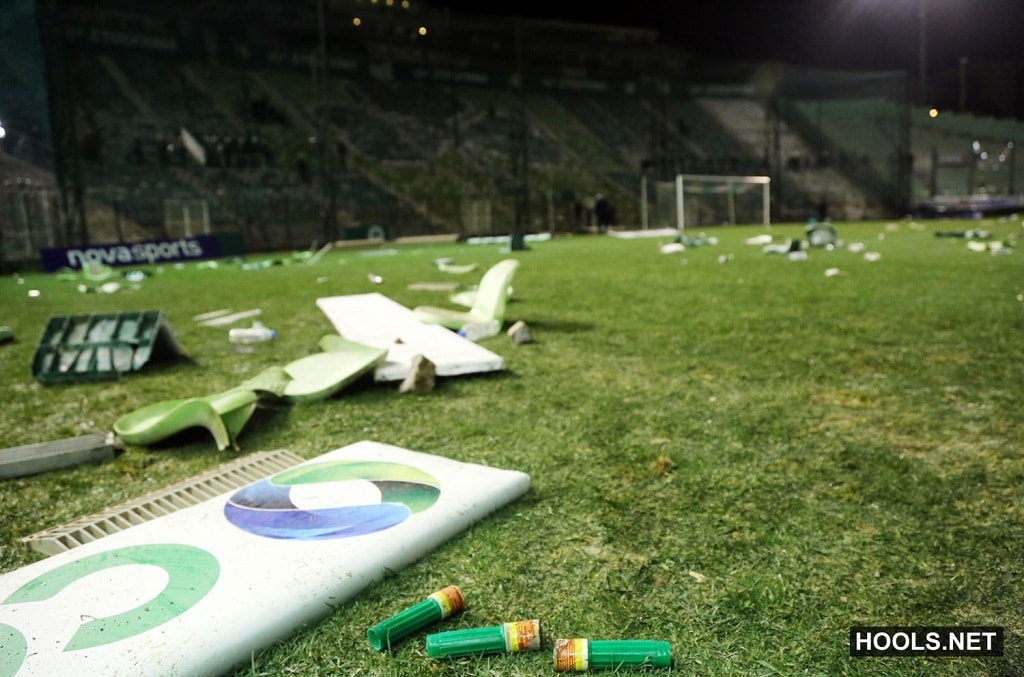 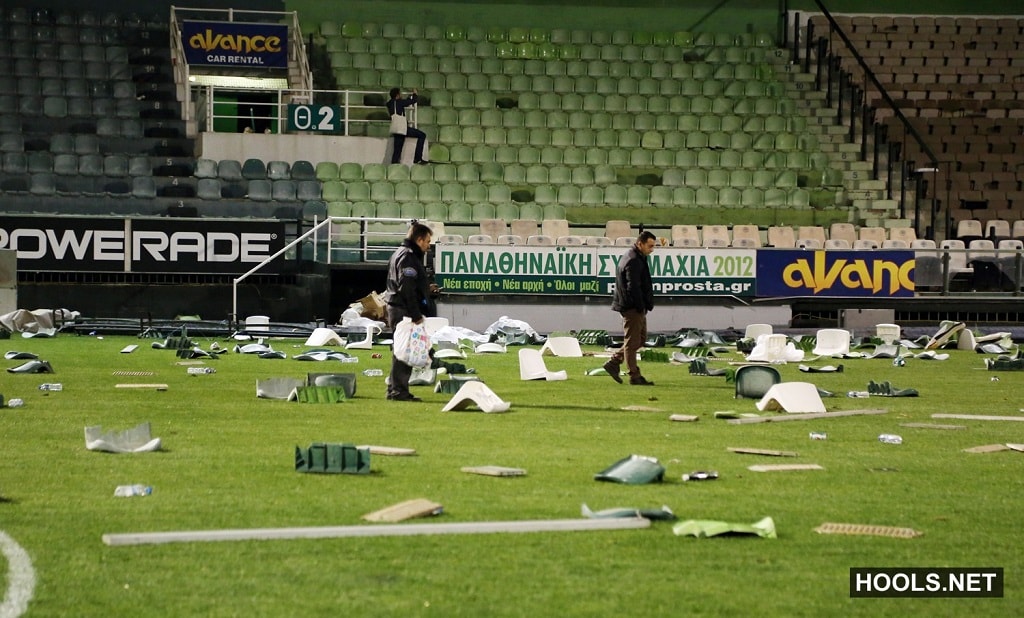 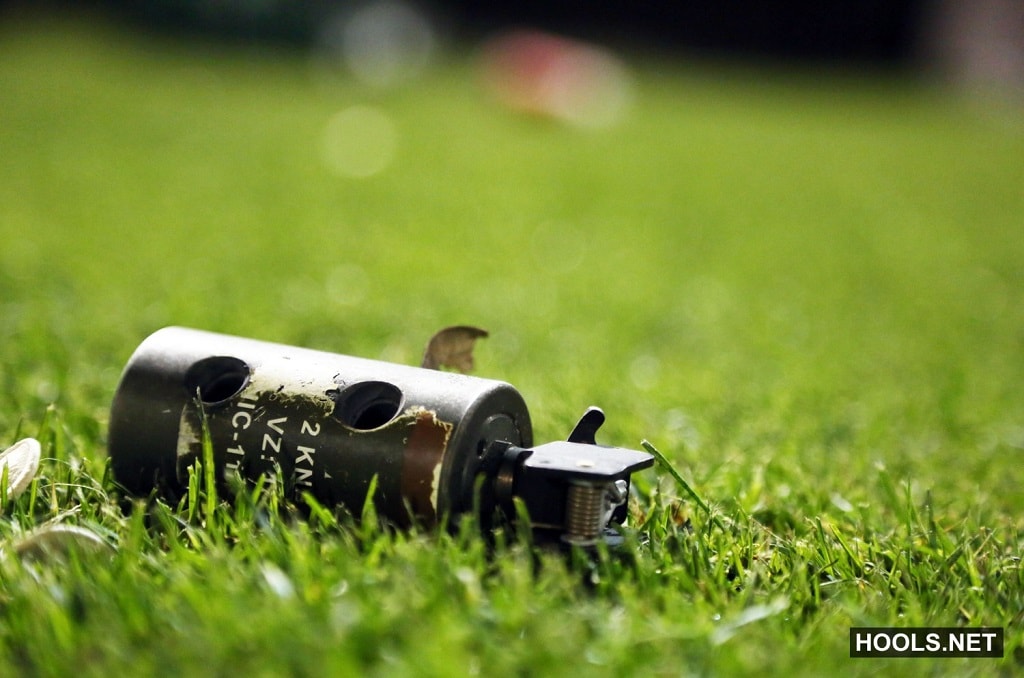