A Polish lower-league match between Okocimski Brzesko and Tarnovia Tarnow was abandoned on Saturday after rival fans clashed on the pitch.

Trouble started in the first-half as Tarnovia Tarnow fans set their trophies on fire. This provoked Okocimski Brzesko fans who ran on to the pitch to confront their rivals. Soon fighting broke out.

The referee was forced to end the game and cops intervened with water cannon and pepper spray to disperse the warring fans.

Six people have been arrested so far. 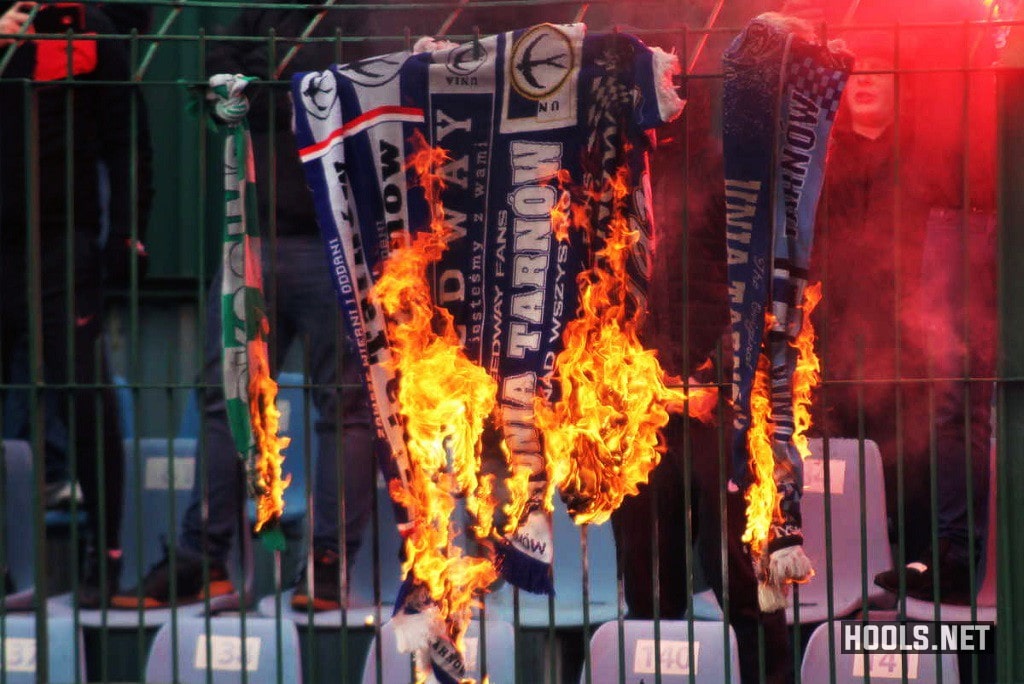 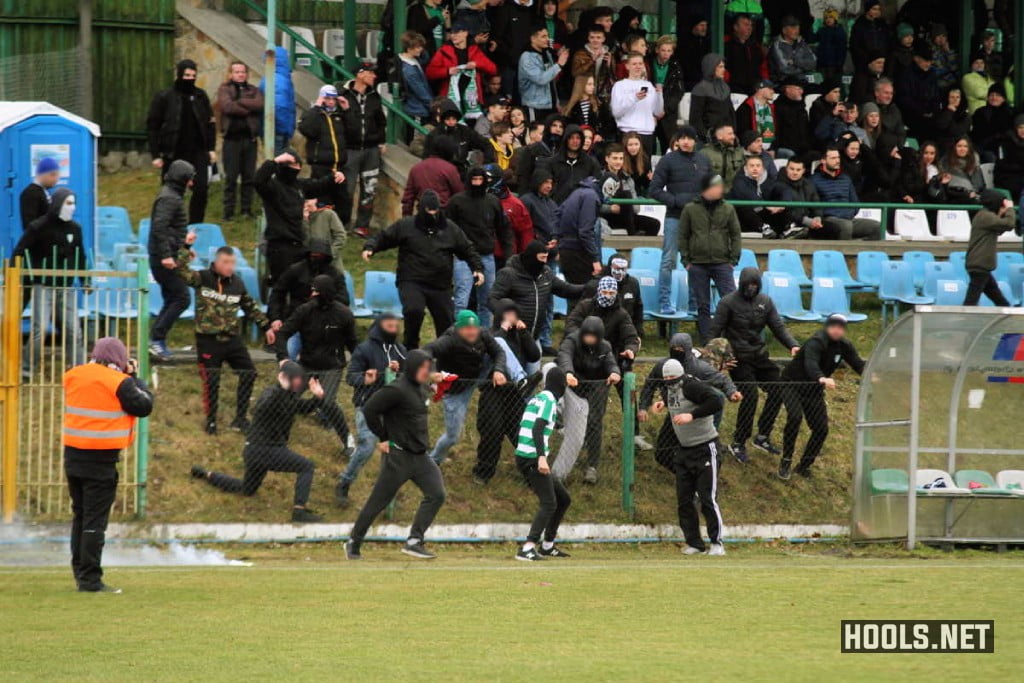 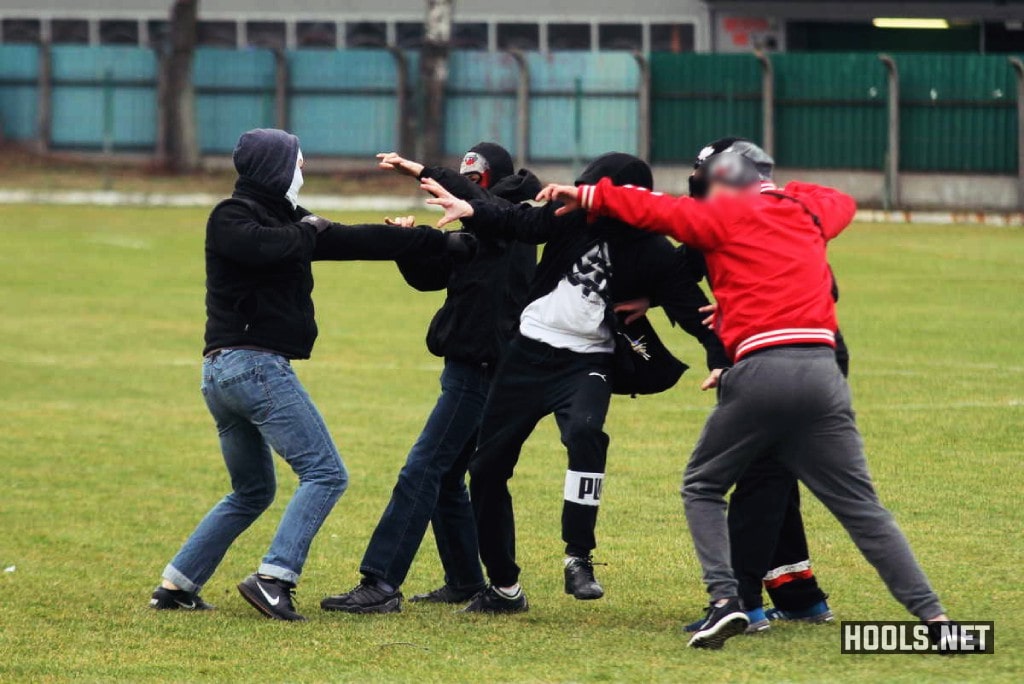 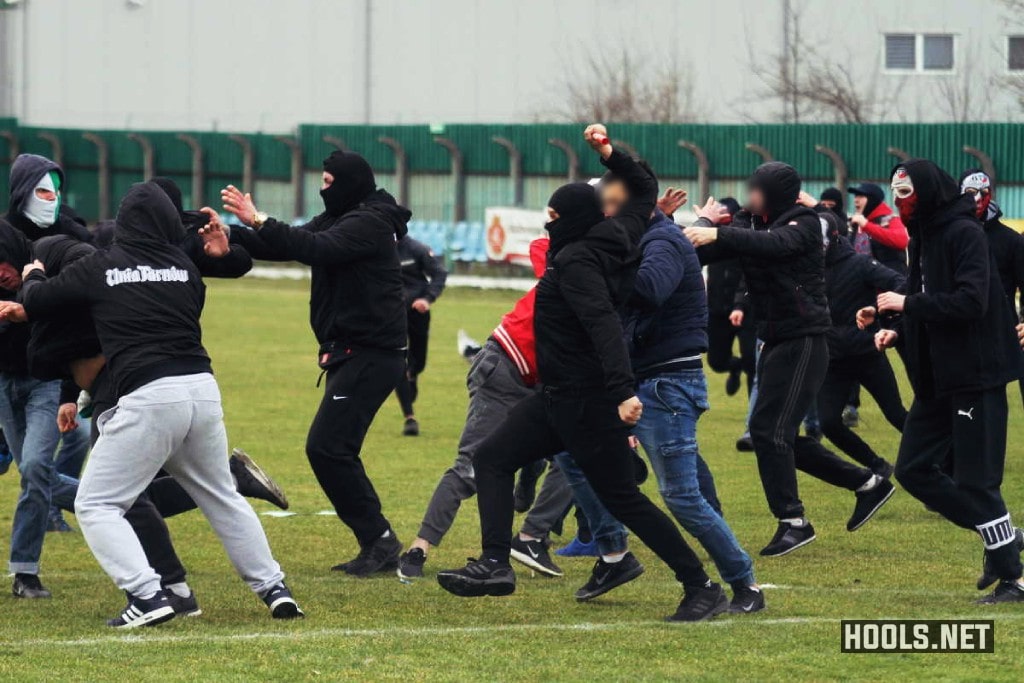 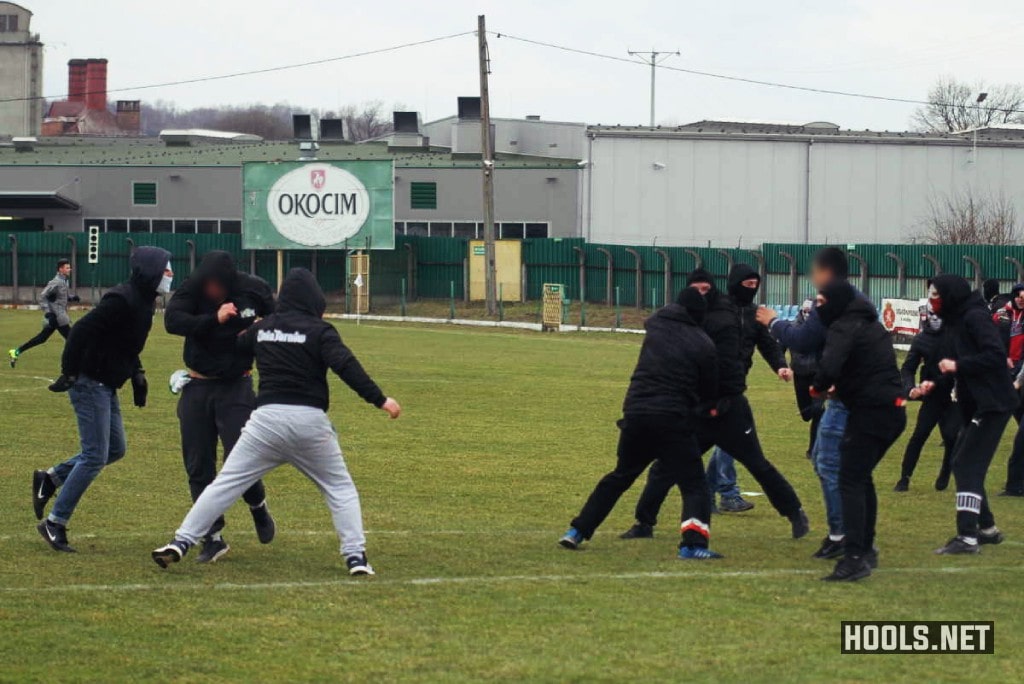 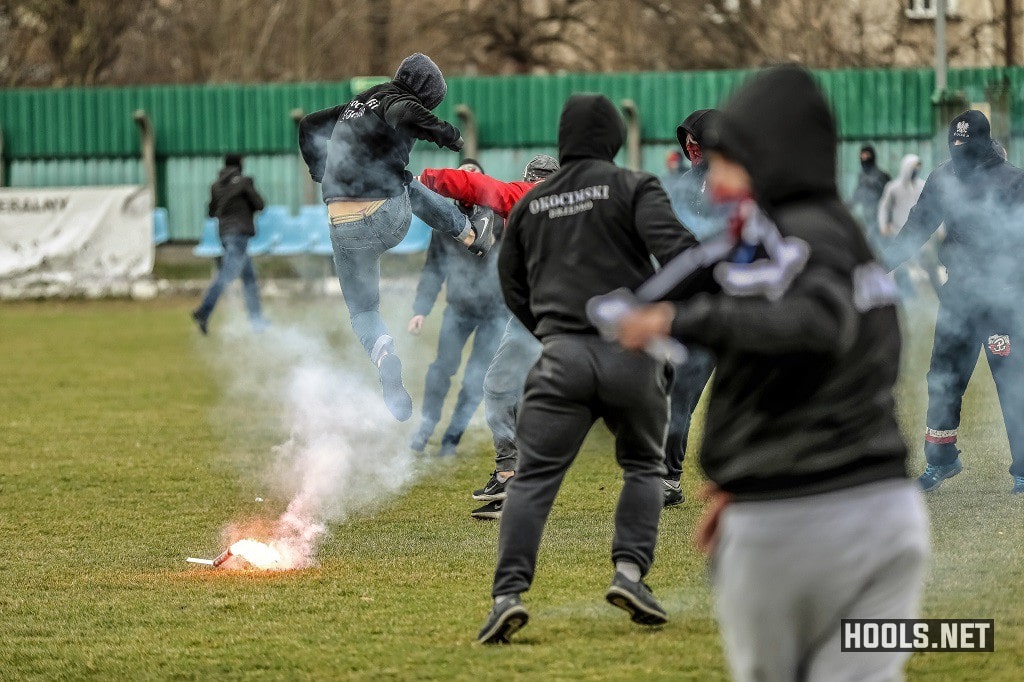 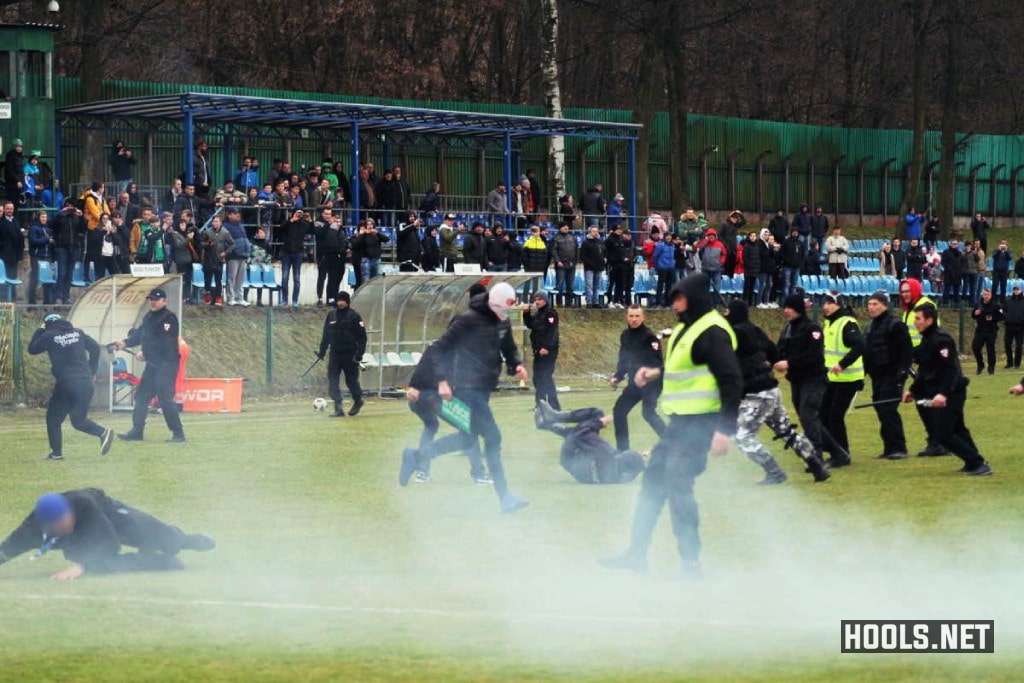 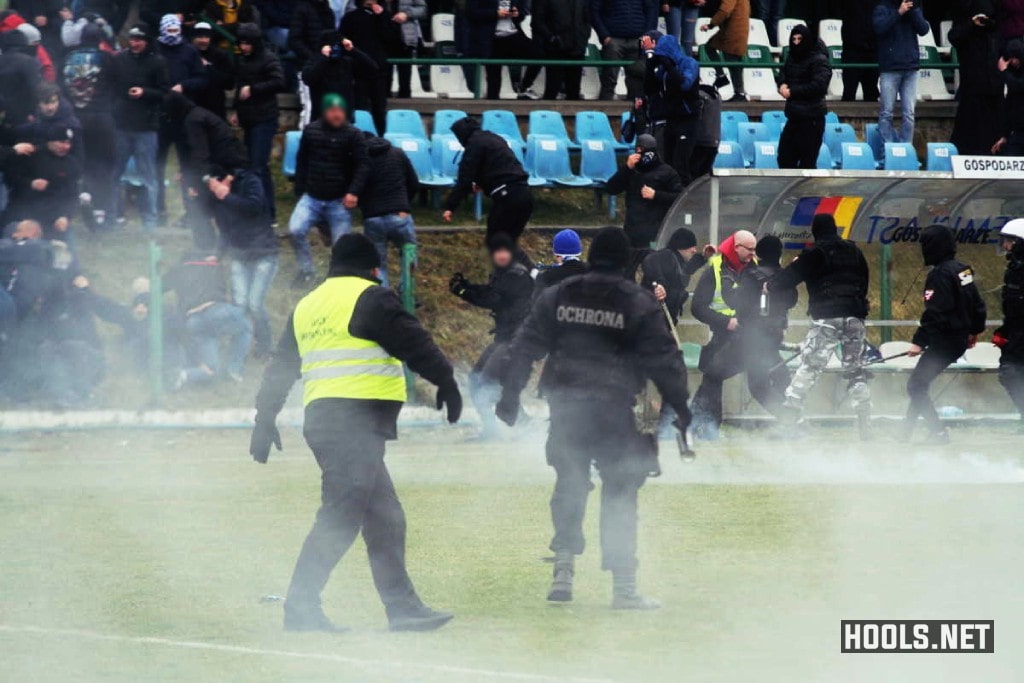 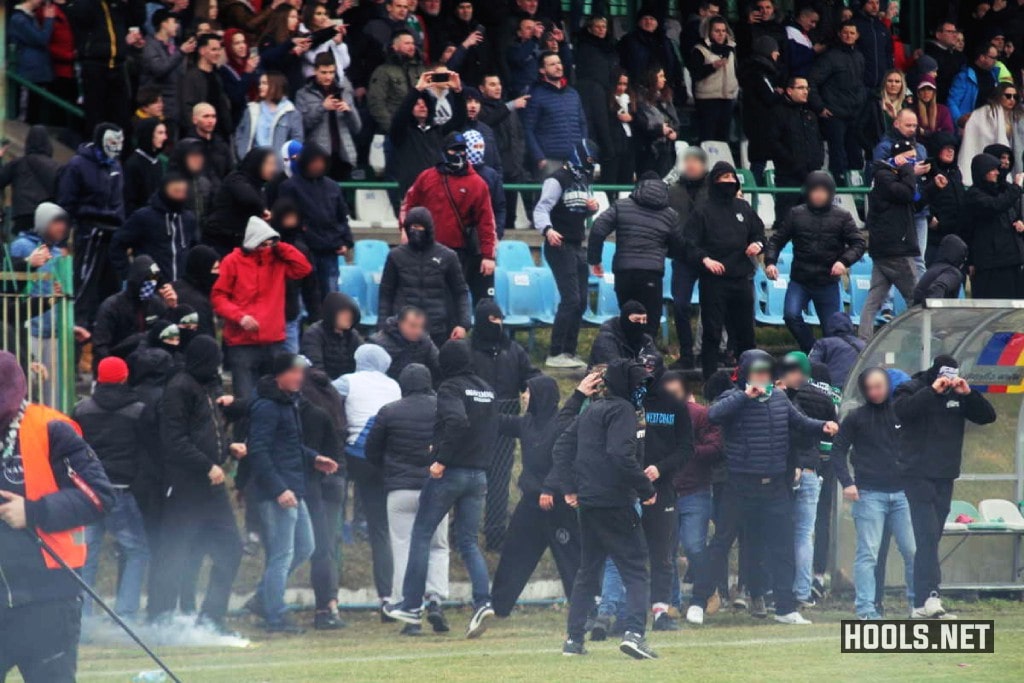 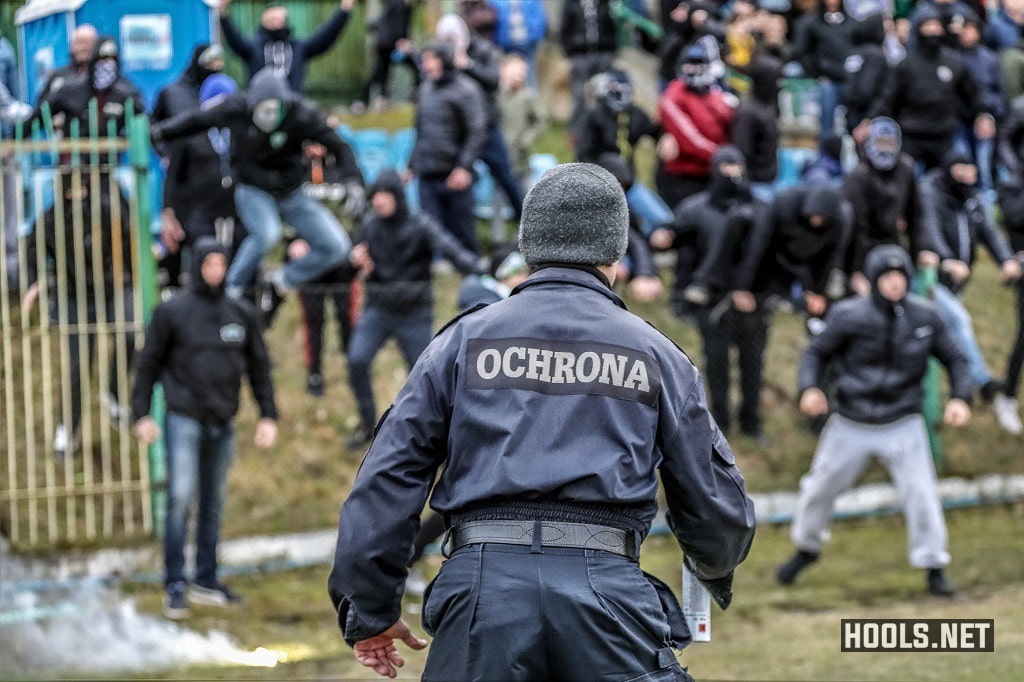 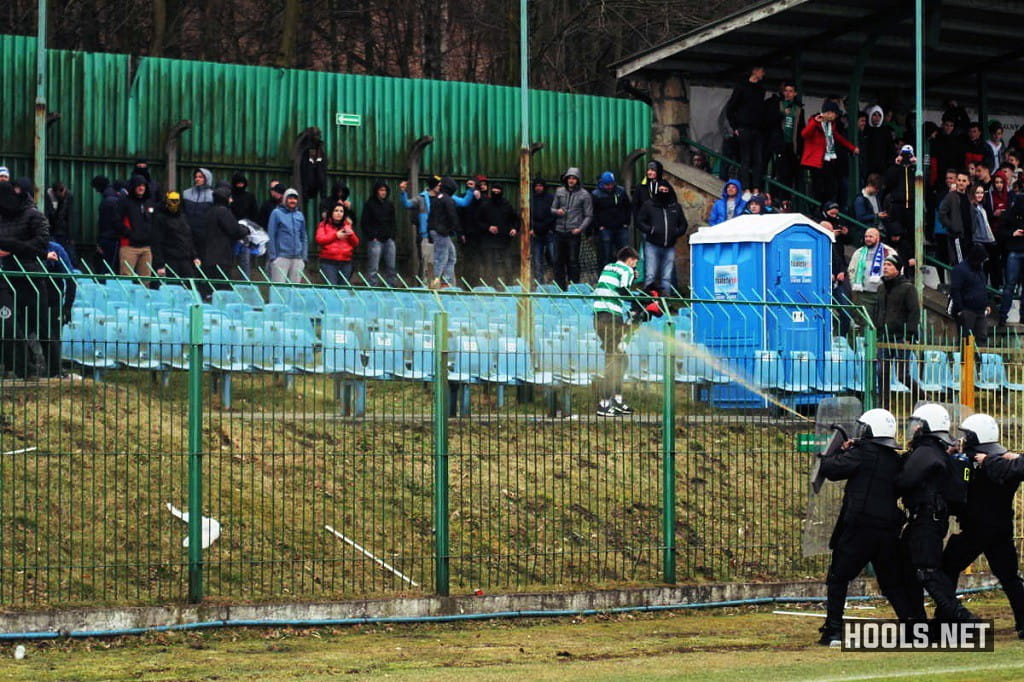 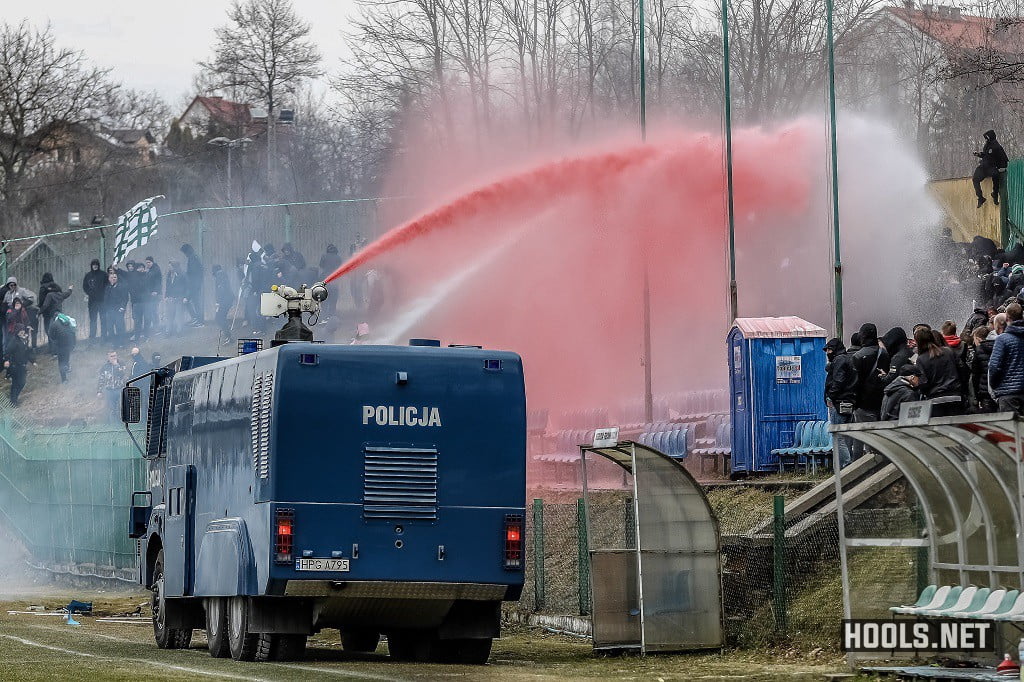 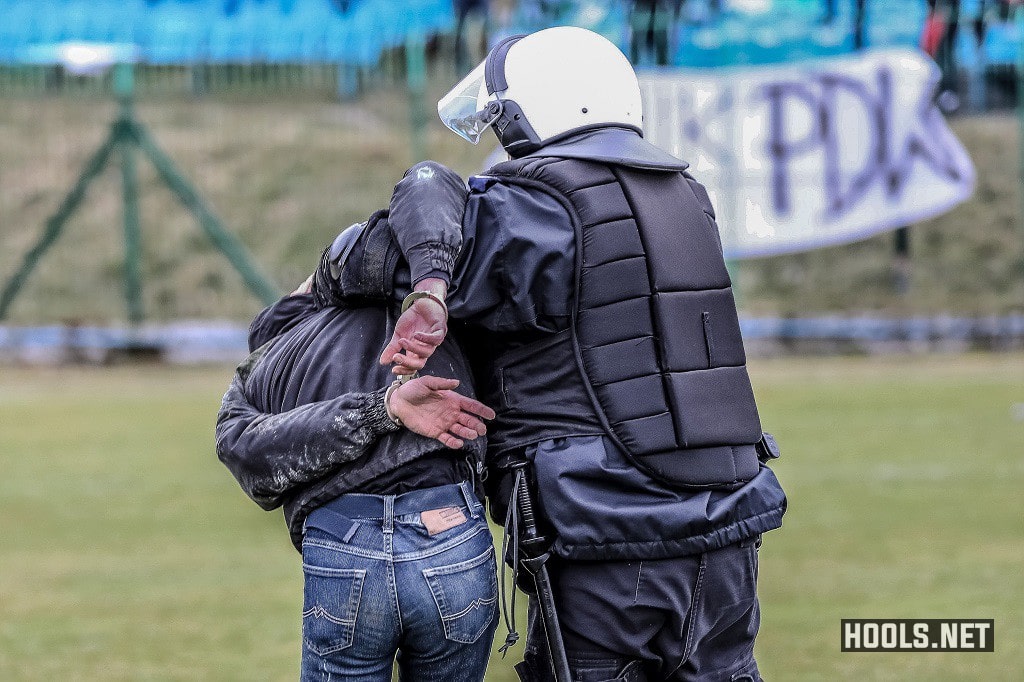 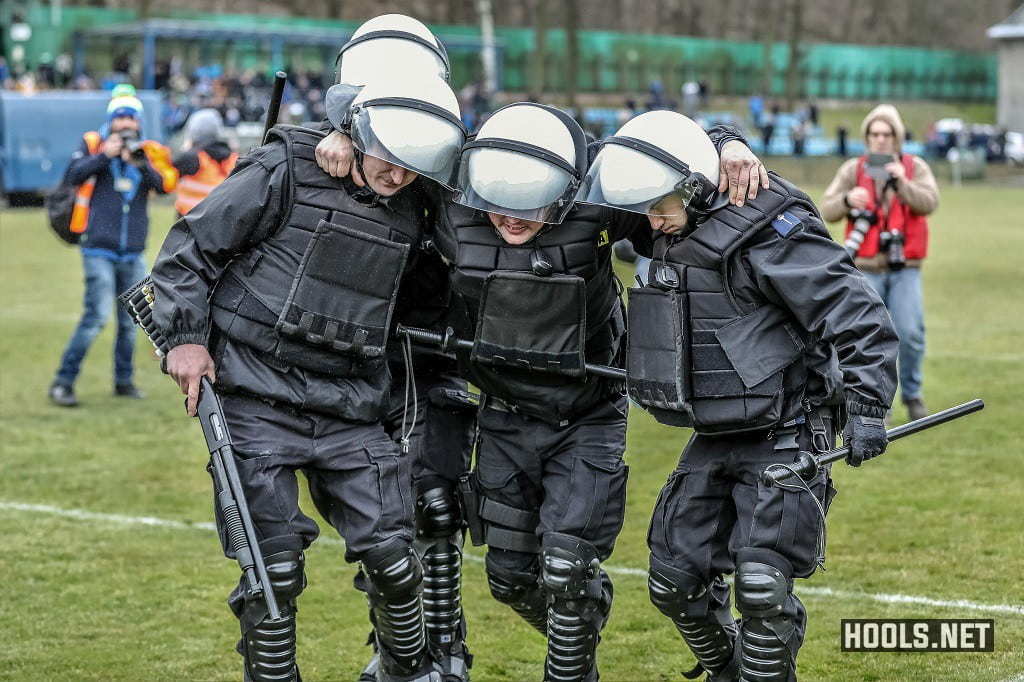