It came before the Spanish club’s Champions League match with Manchester City at the Etihad Stadium.

Sevilla fans were sitting on the terrace of Sinclair’s Oyster bar when a group of around 25 Slask Wroclaw hools suddenly appeared and started hurling chairs and other objects at them.

Some Sevilla fans retaliated by throwing chairs back at the attackers.

Cops were nearby and four people were arrested at the scene on suspicion of violent disorder, while one man was treated for a head injury. 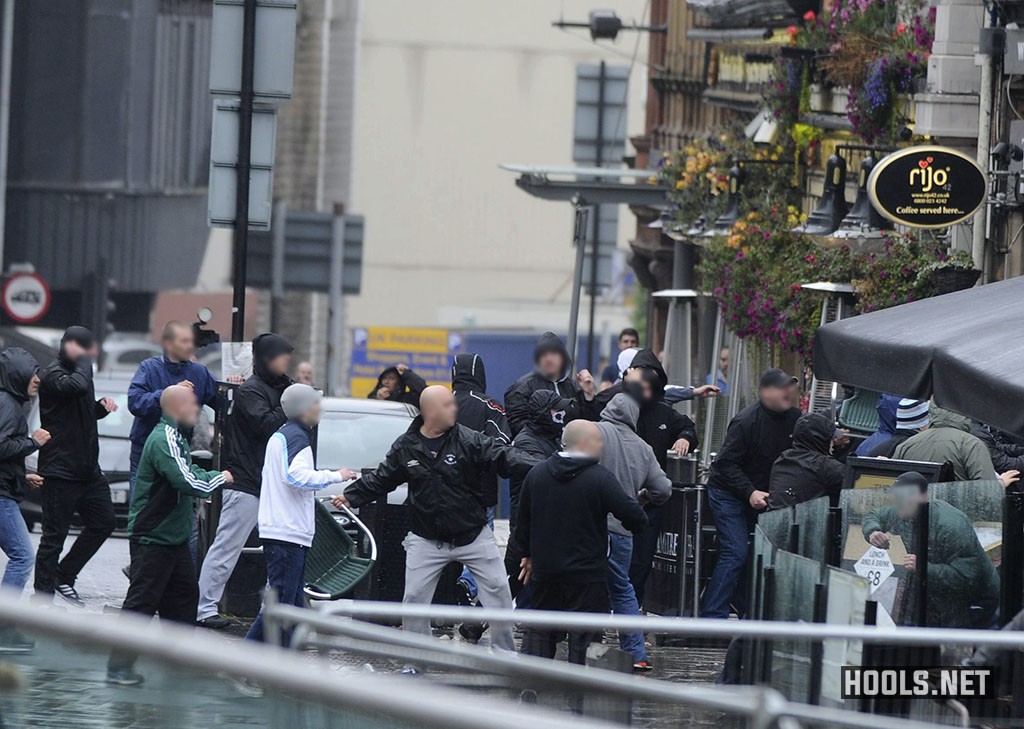 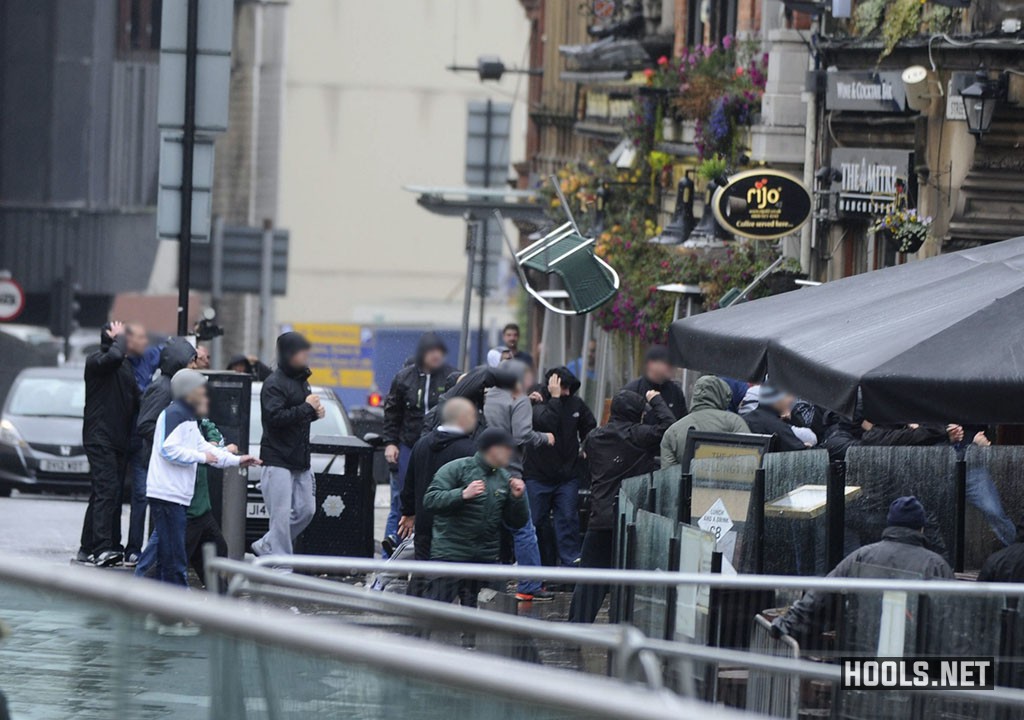 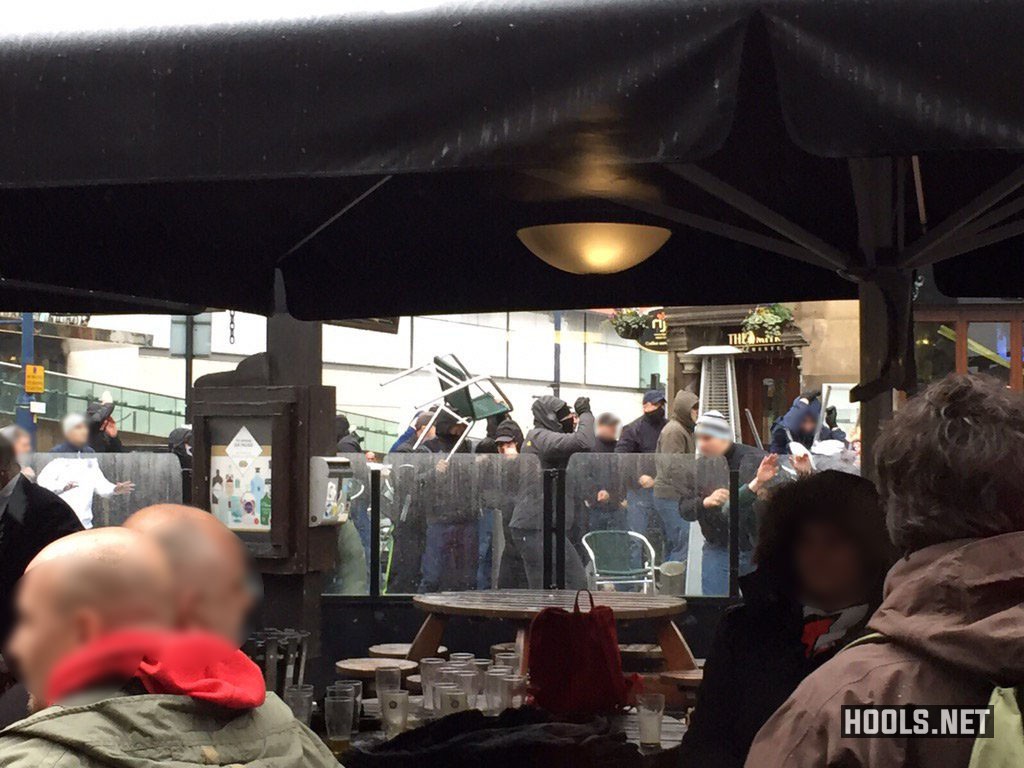 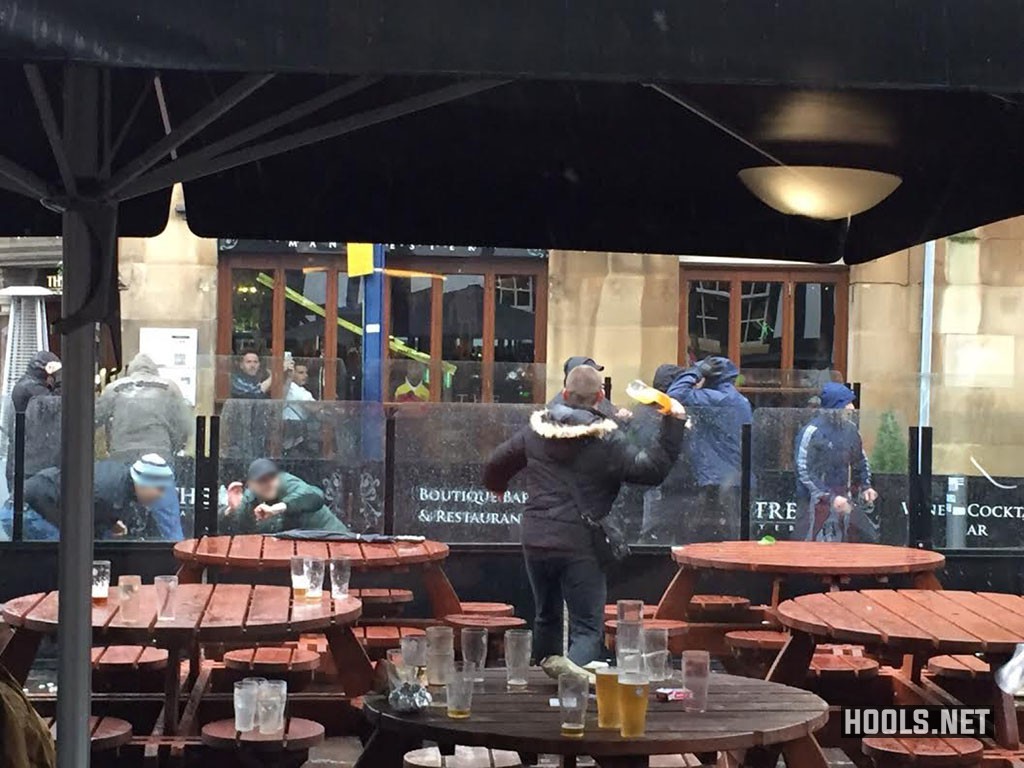 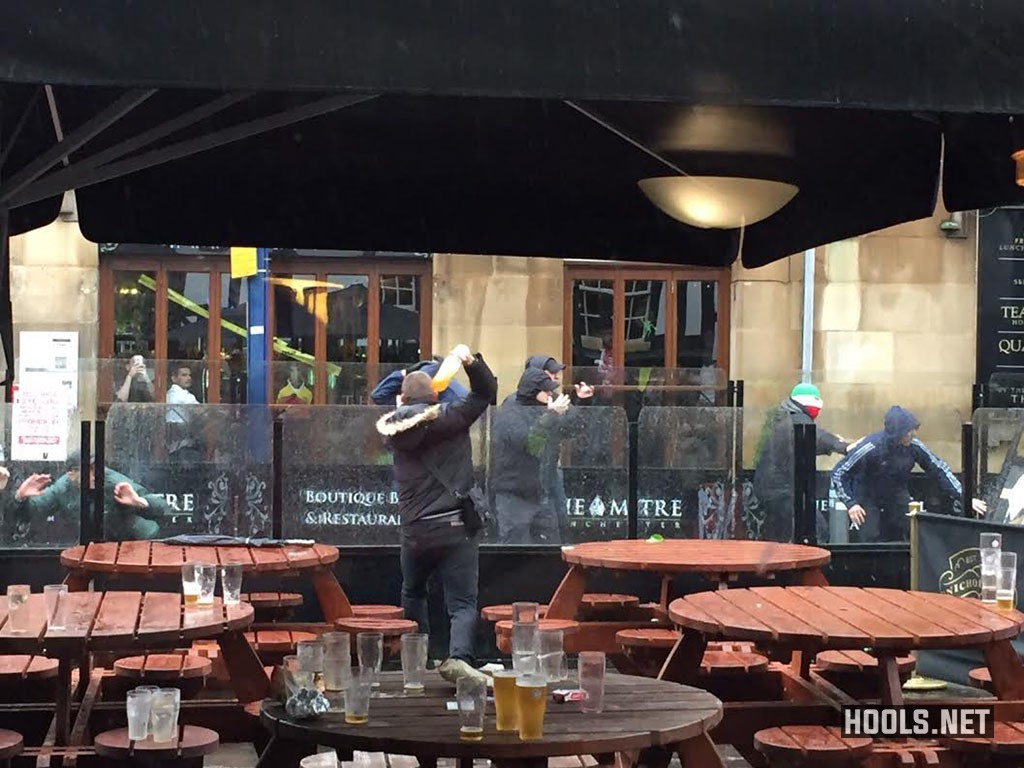 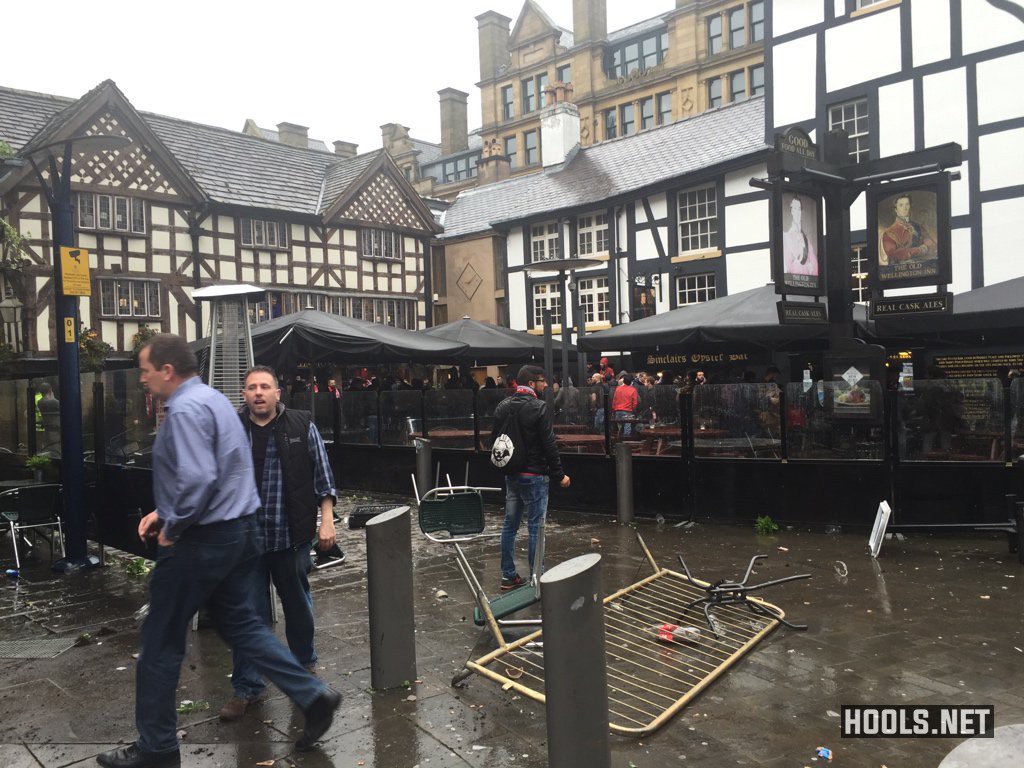 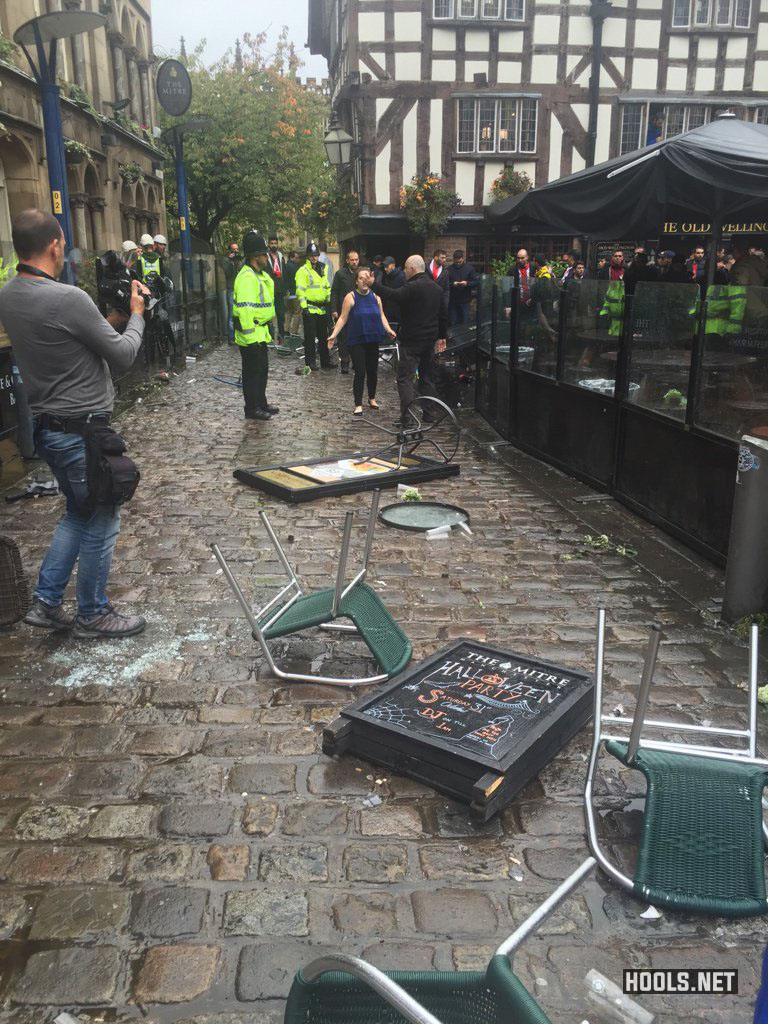 The origins of the bad blood between the fans of the clubs stem from a Europa League play-off match between Sevilla and Slask Wroclaw in August 2013.

Several fans of the Polish club were taken to hospital after the attack. 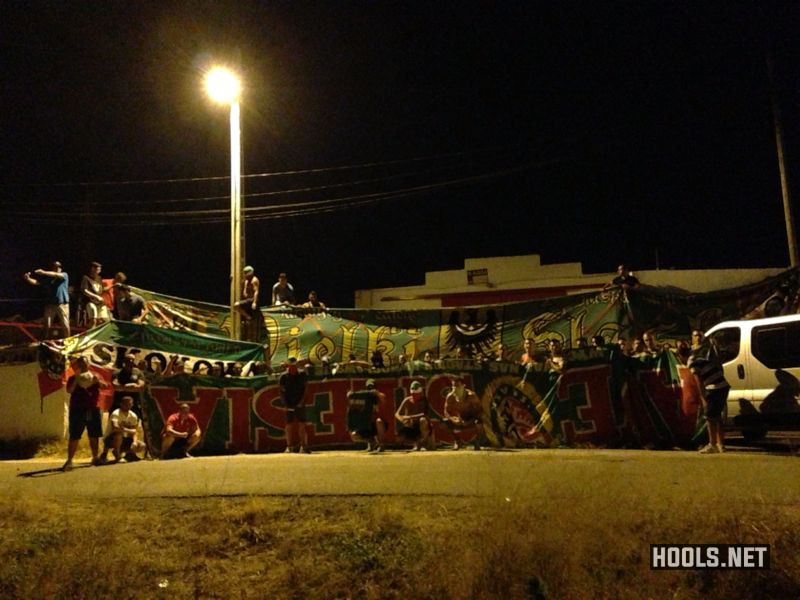 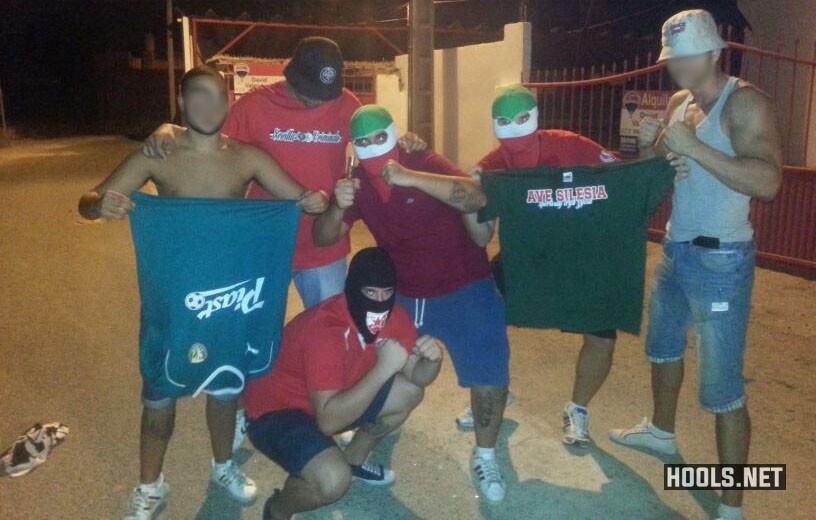 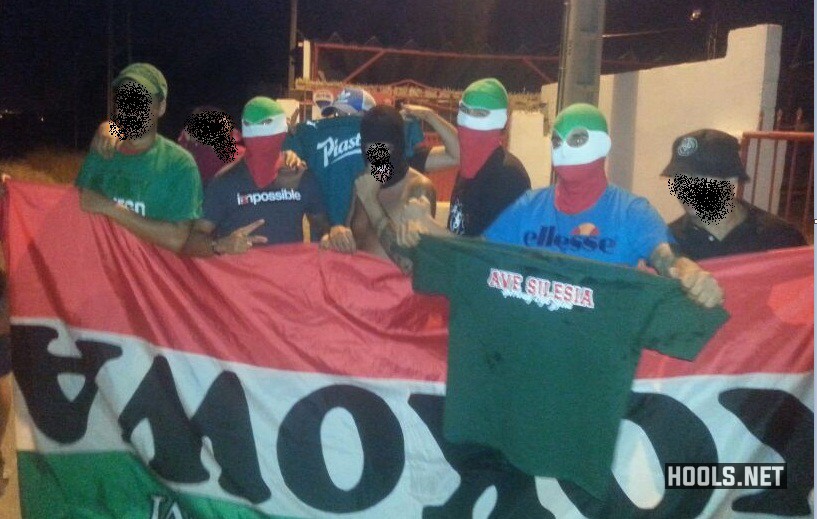