Sparta Prague hooligans broke onto the pitch during the second half of their Europa League second qualifying match against Spartak Subotica on Thursday.

A group of angry Sparta Prague fans broke through a net barrier and made their way onto the pitch, forcing the referee to halt the game as stewards attempted to move the troublemakers off the pitch.

Sparta Prague won second leg 2-1 but lost 3-2 on aggregate to the Serbian side. 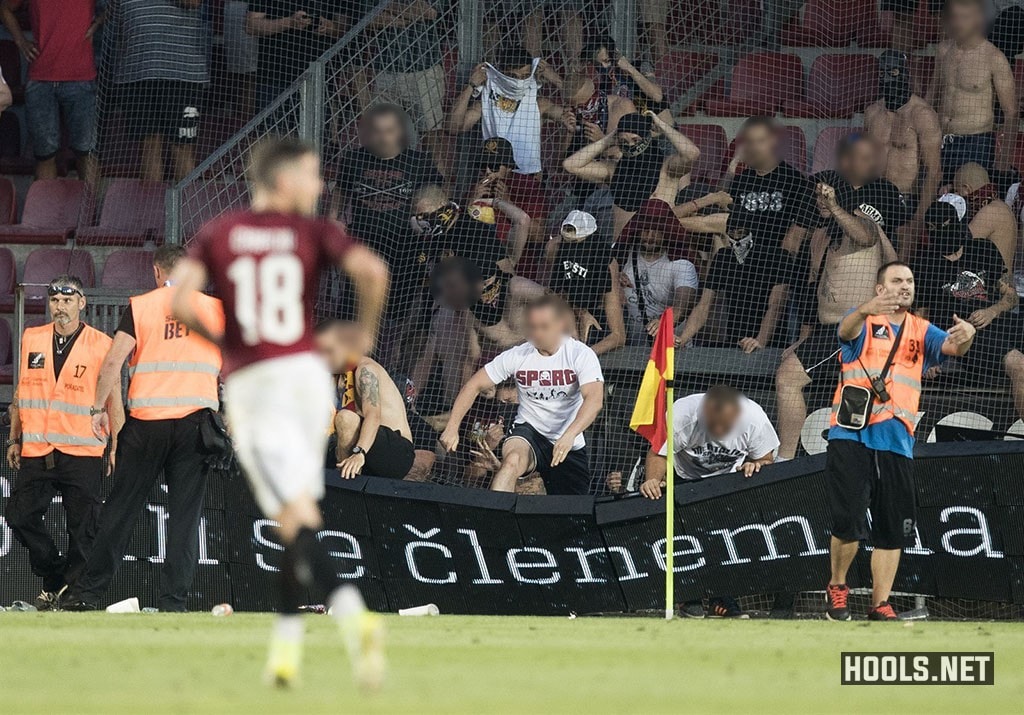 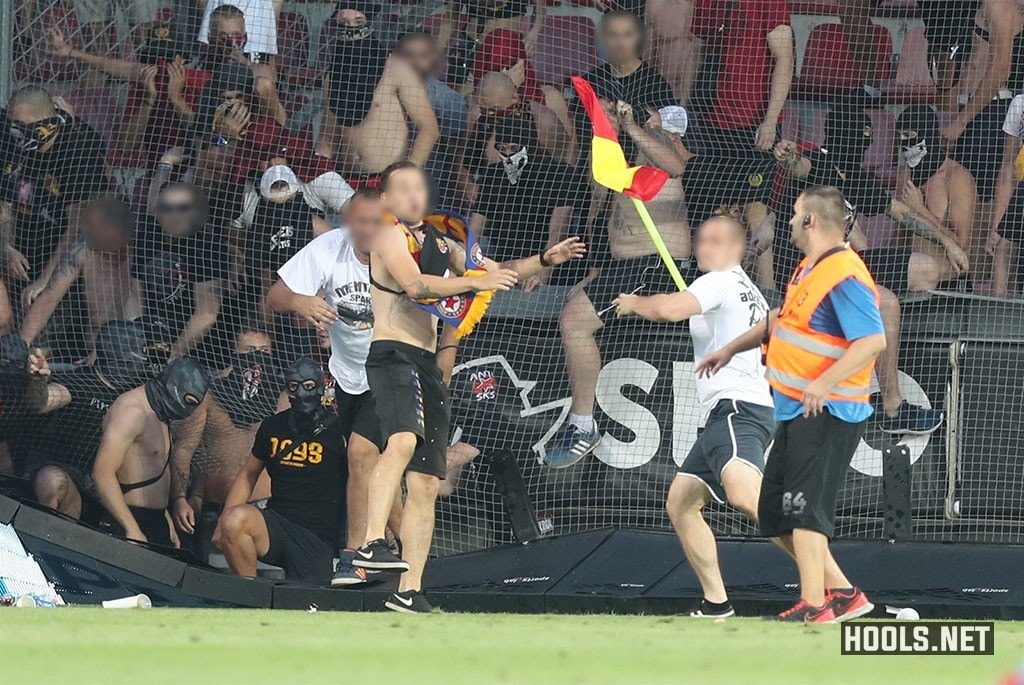 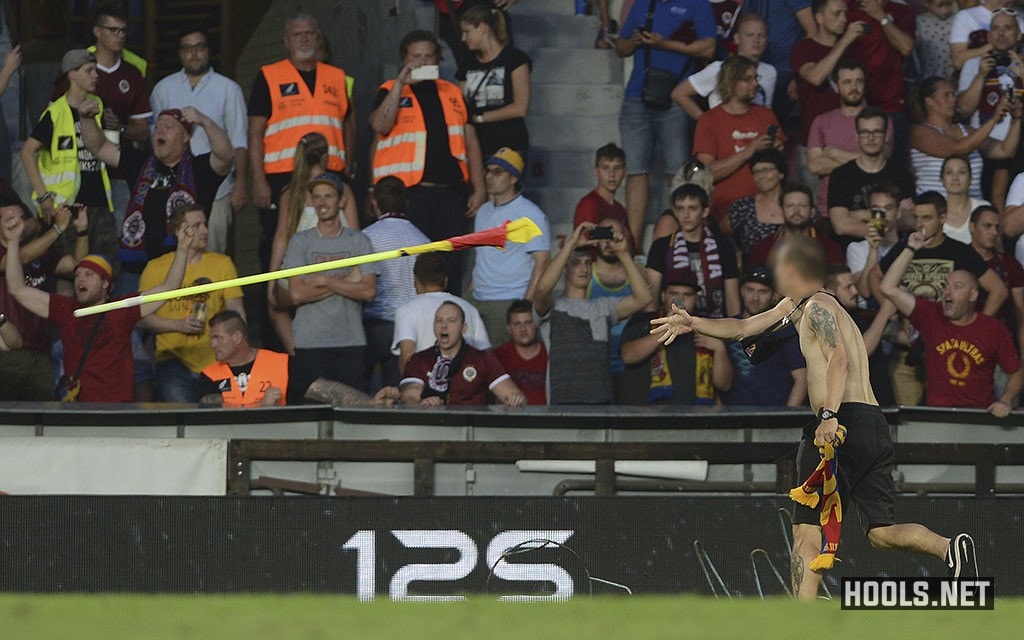 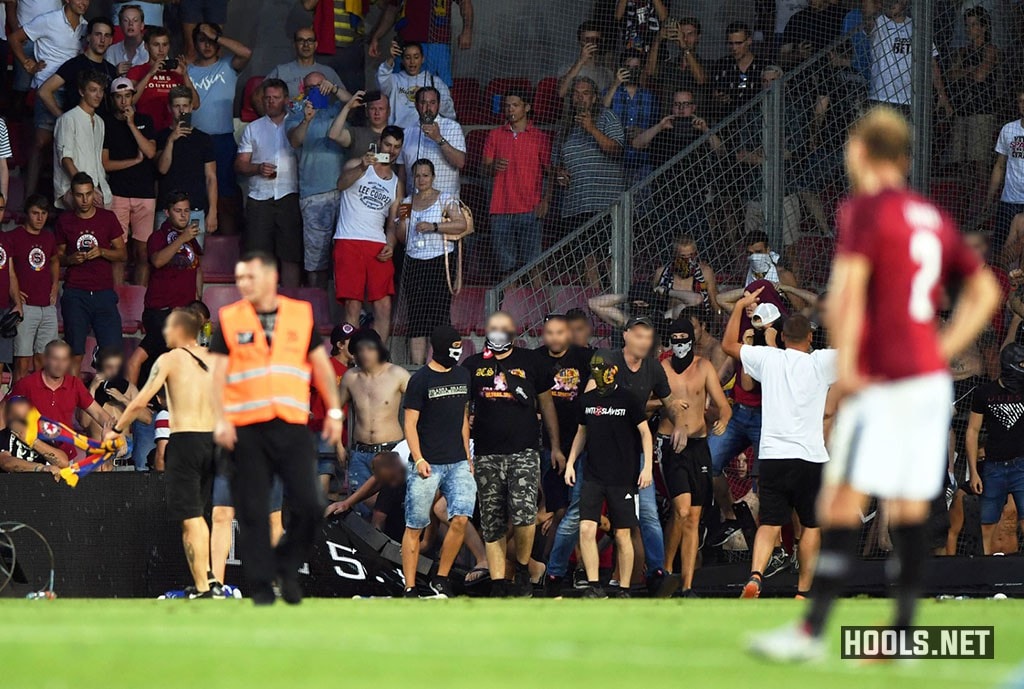 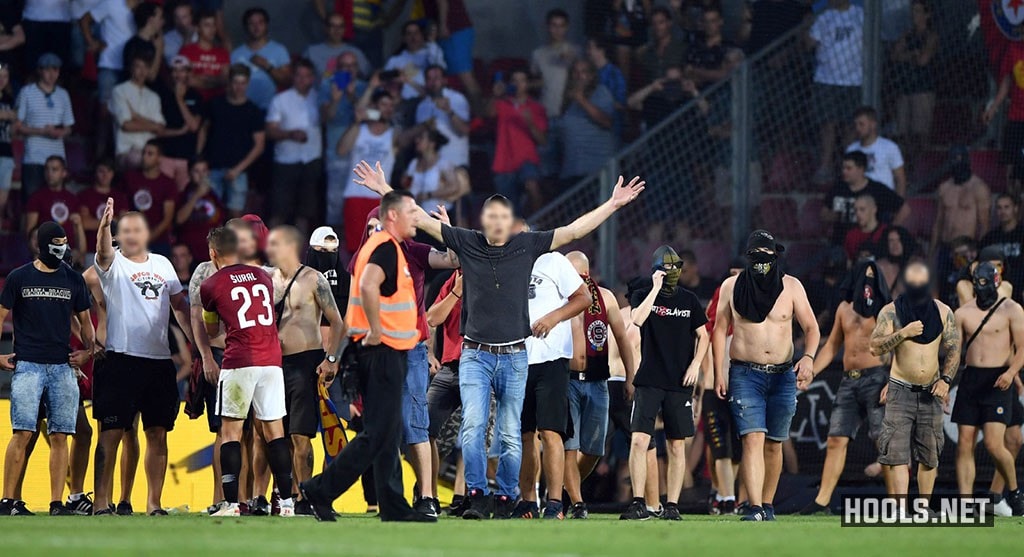 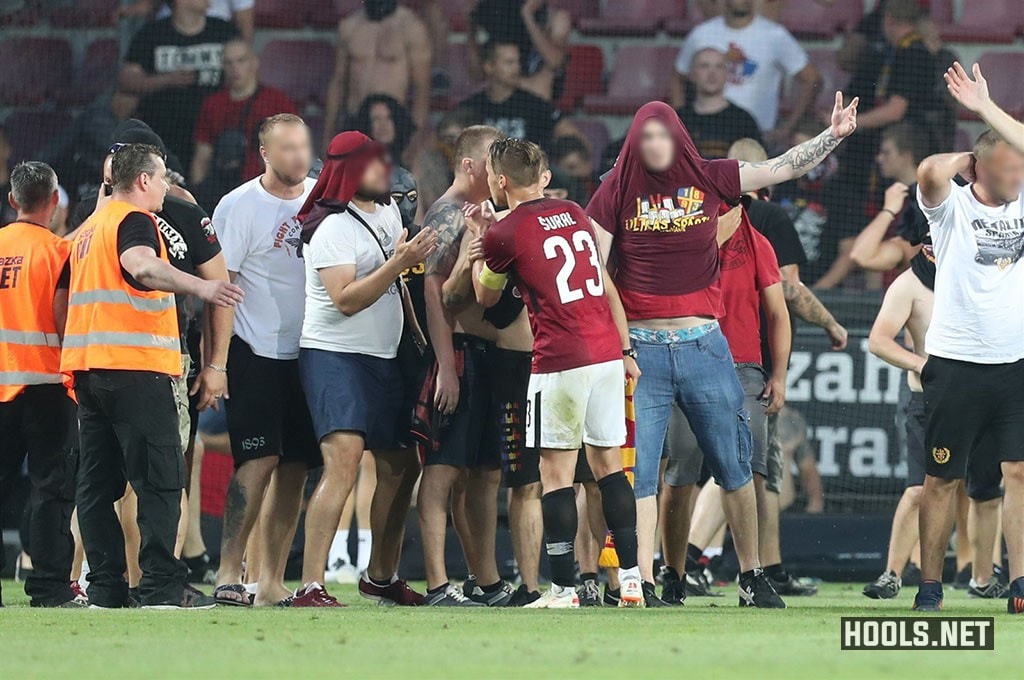