At the same time, angry Magdeburg fans on the opposite side of the stadium came out of the stands and onto the pitch, kicking down advertising hoardings and forcing riot police to intervene.

The match was temporarily stopped, and both teams were sent back to their dressing rooms. 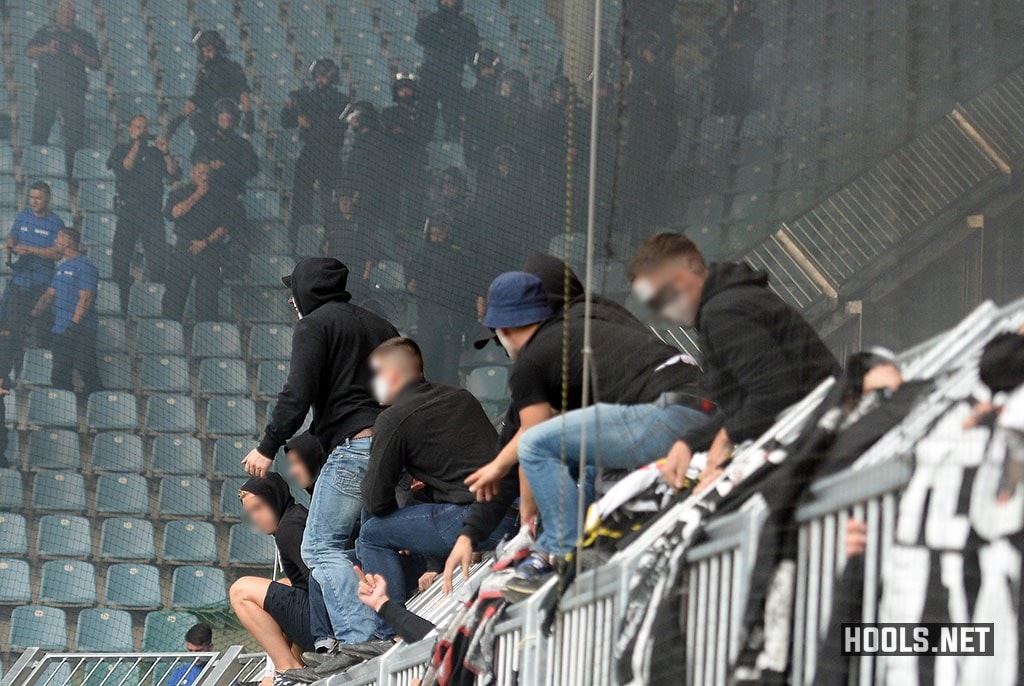 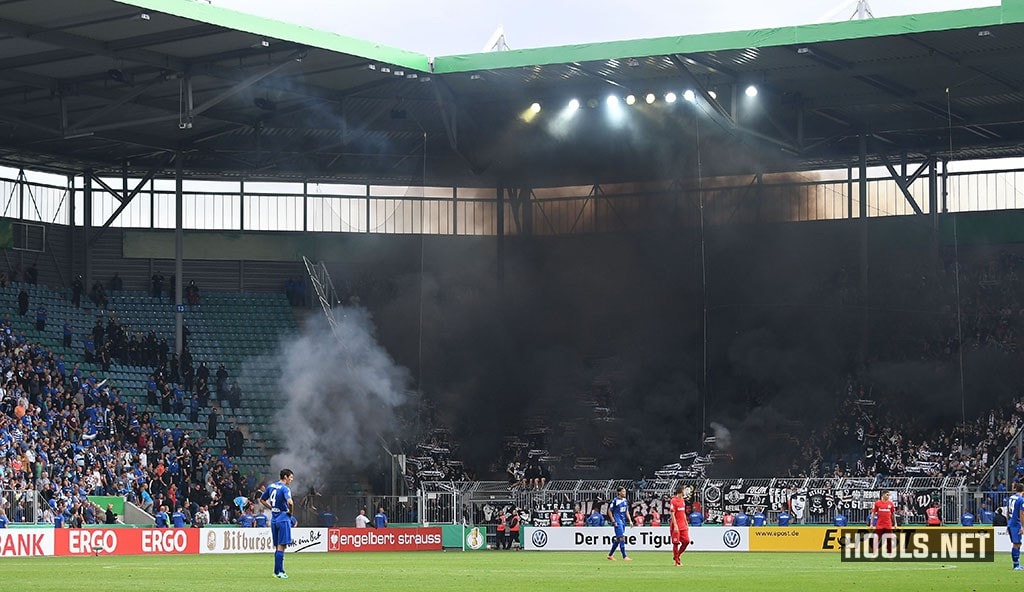 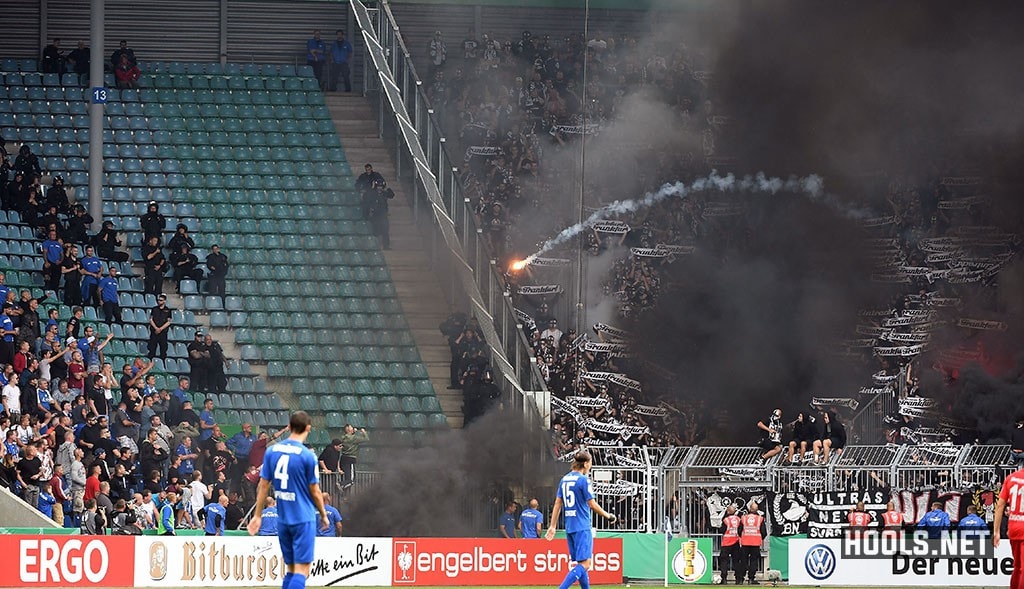 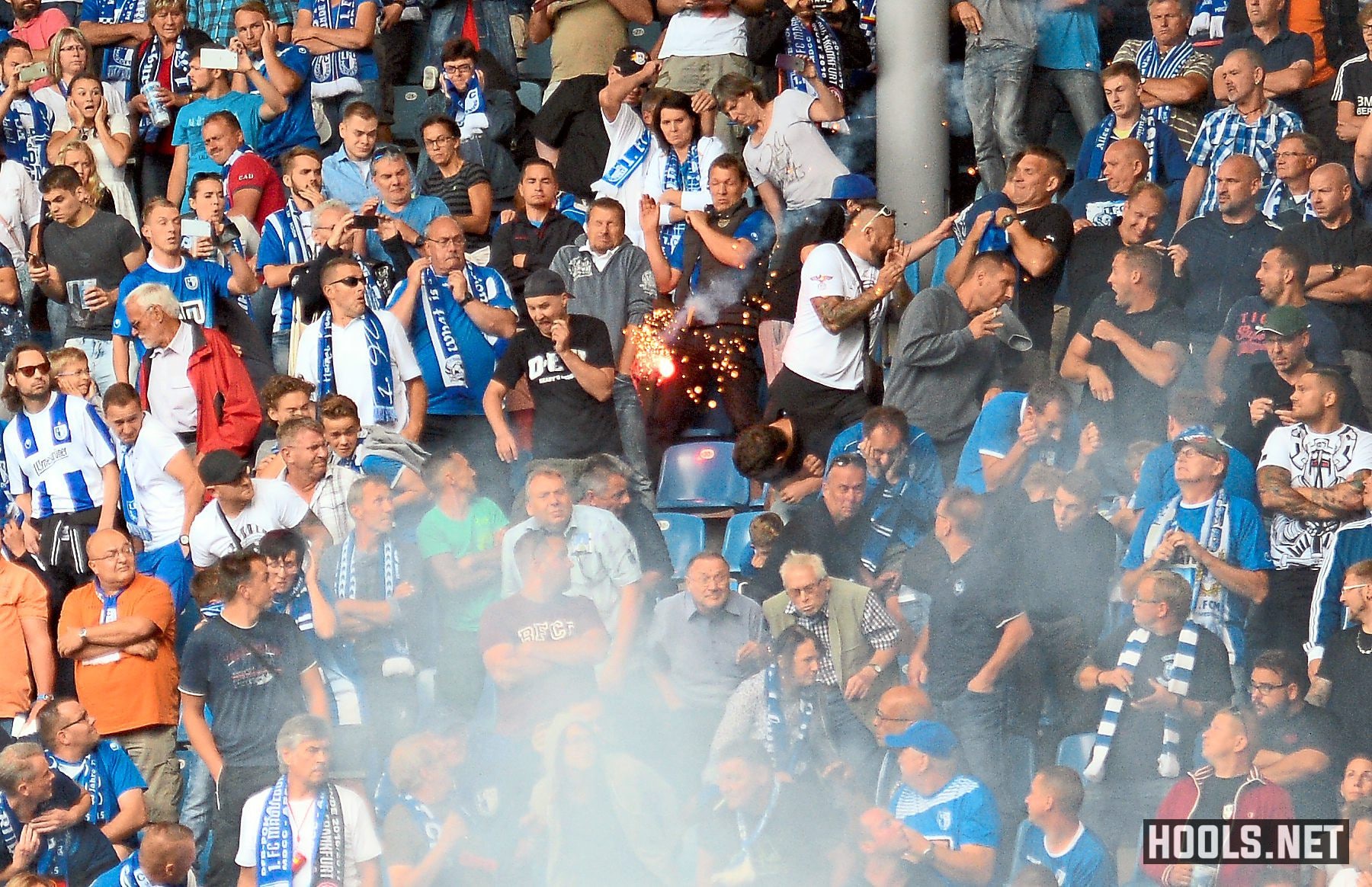 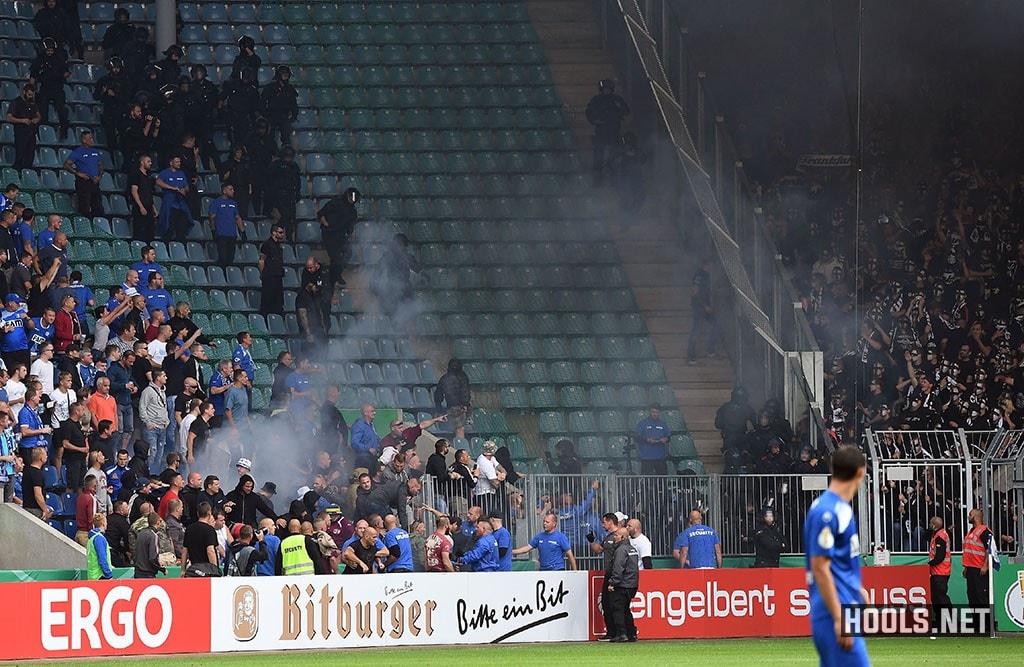 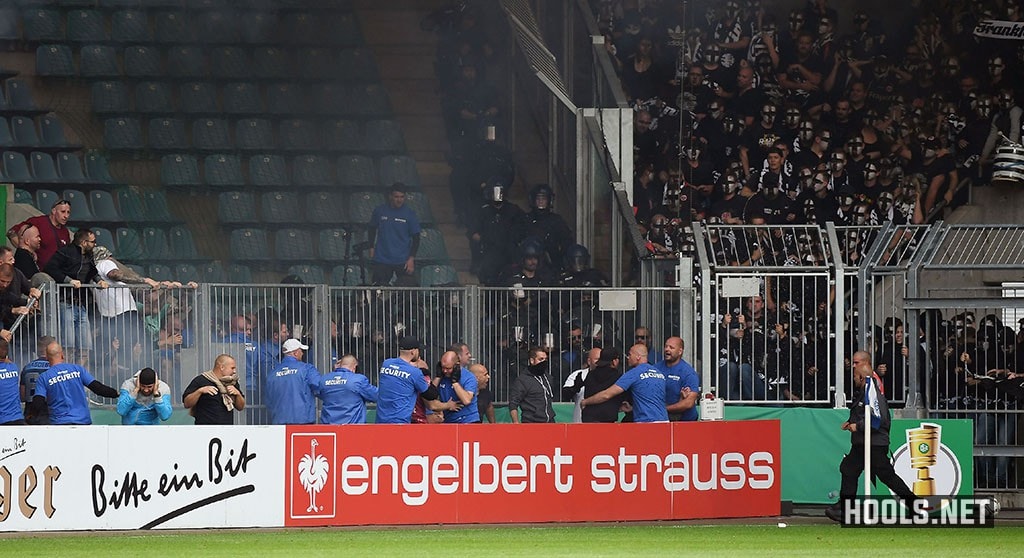 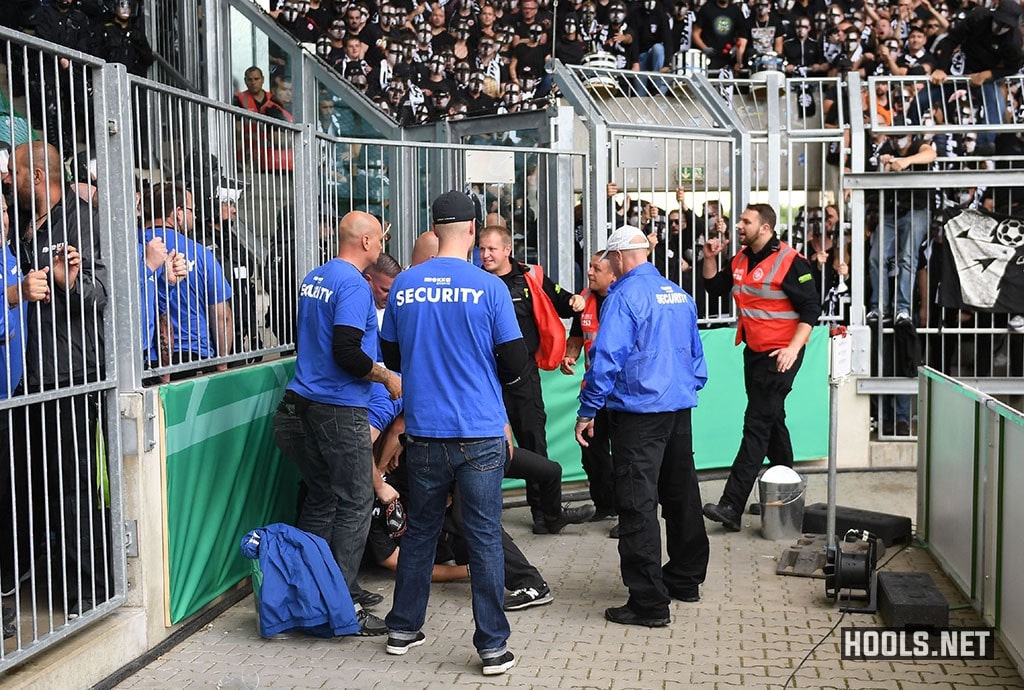 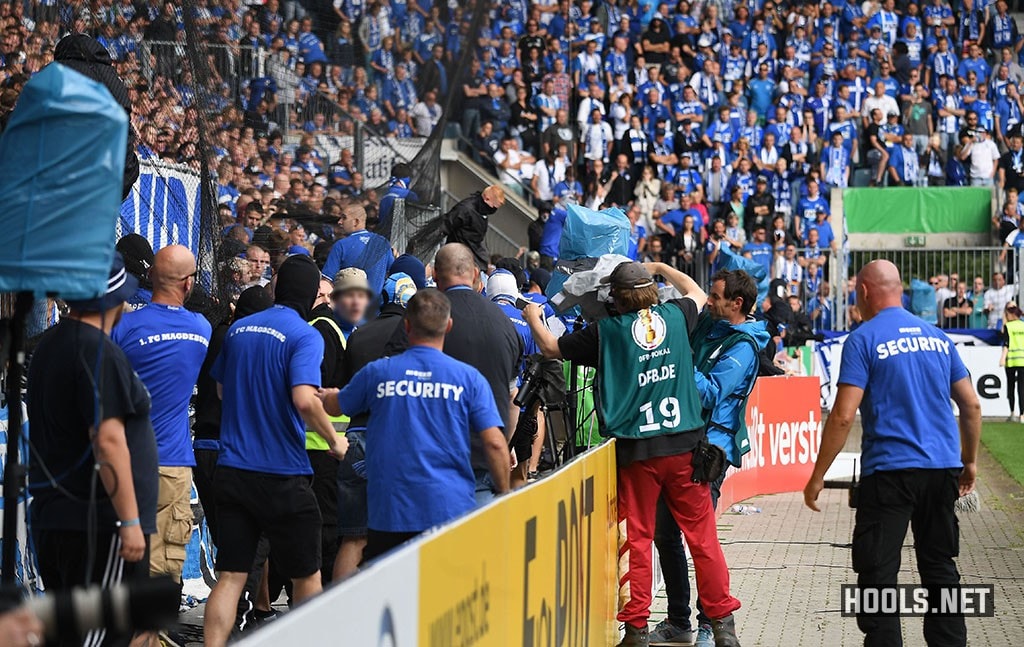 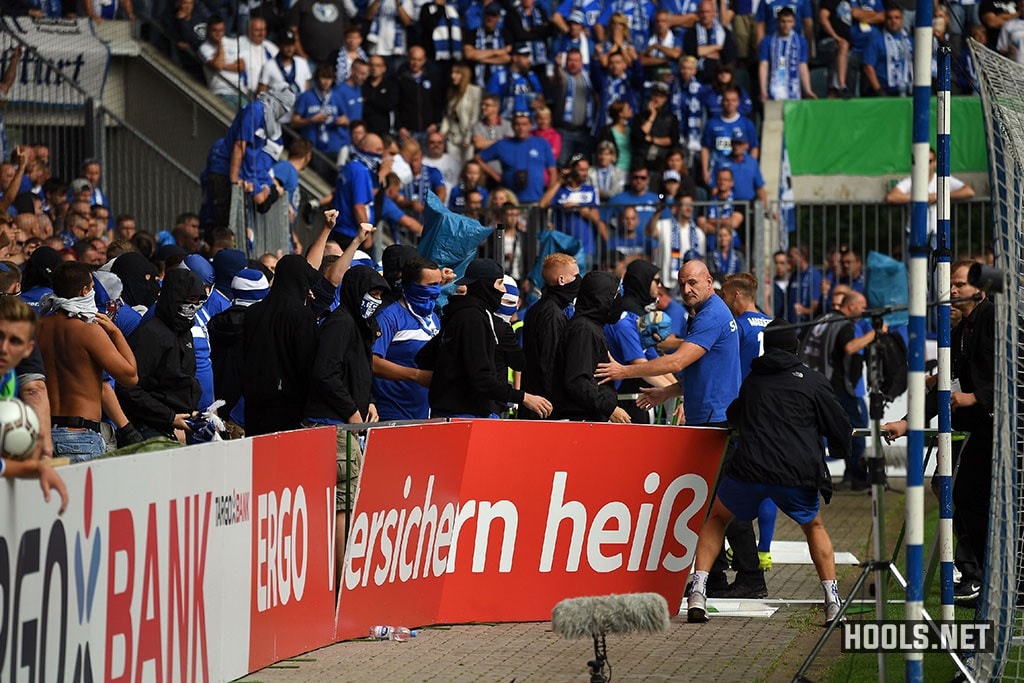 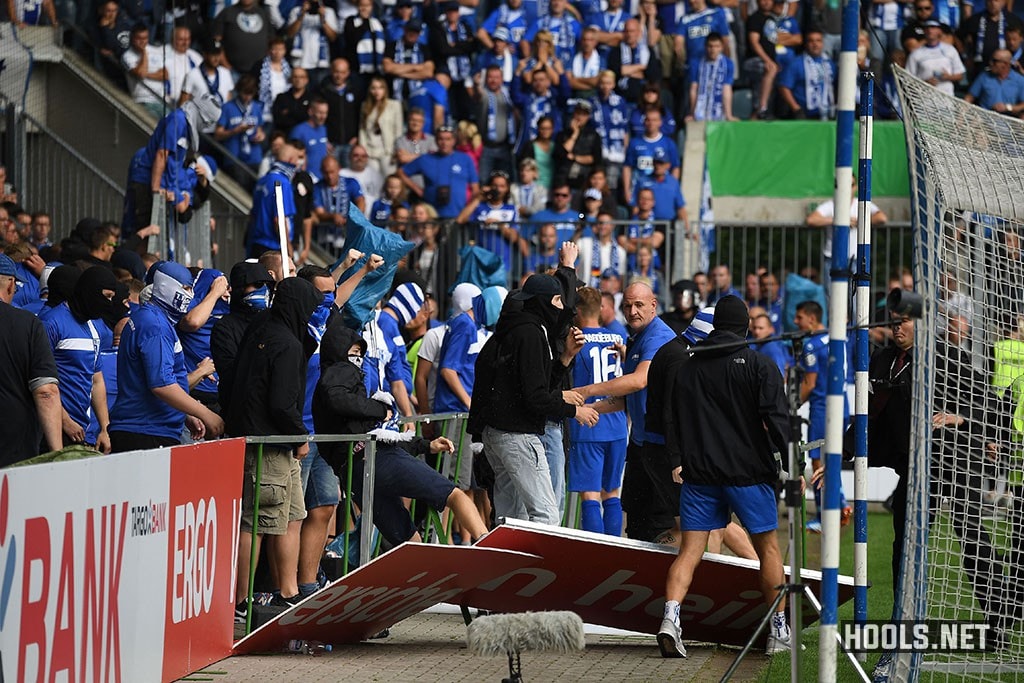 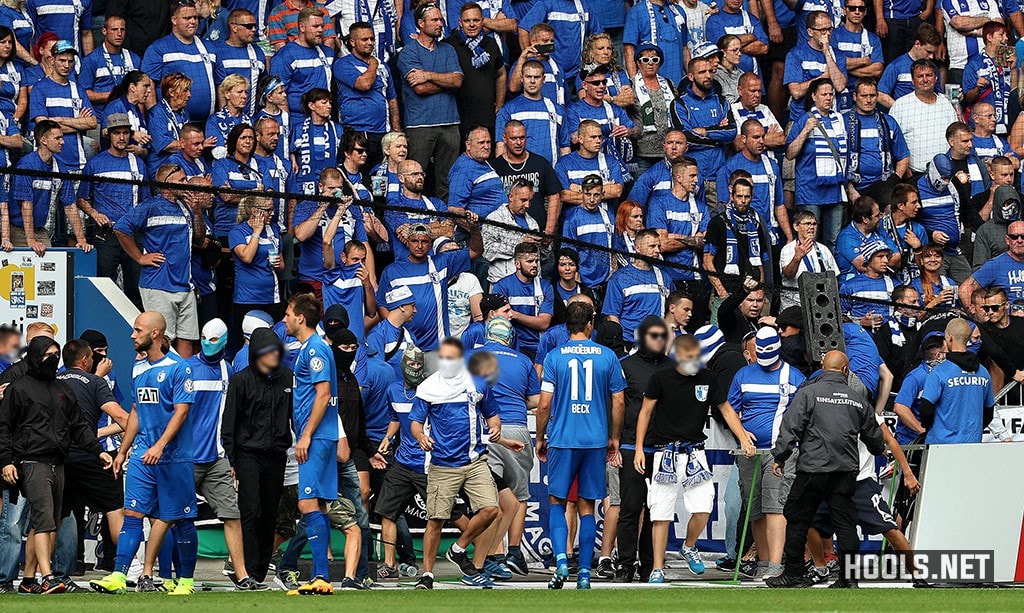 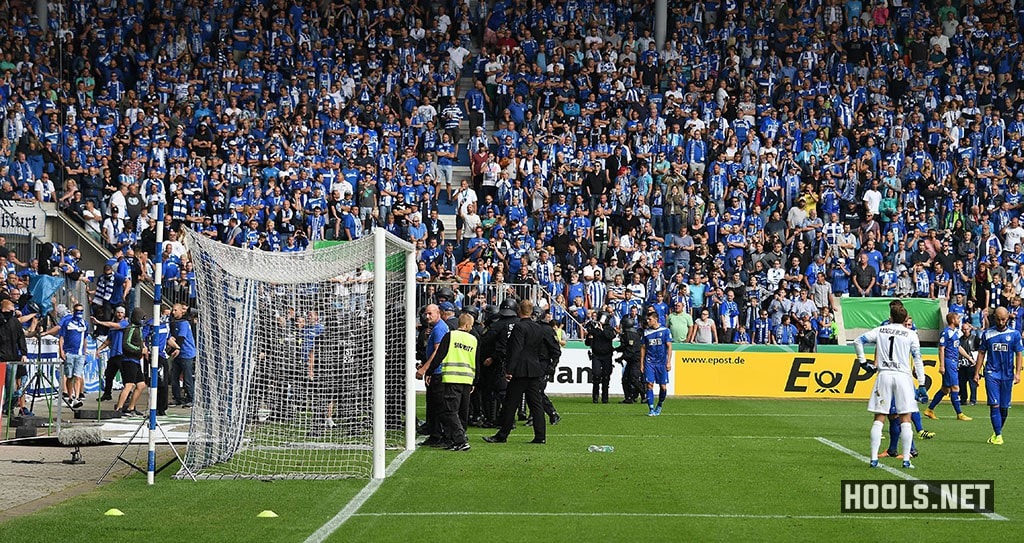 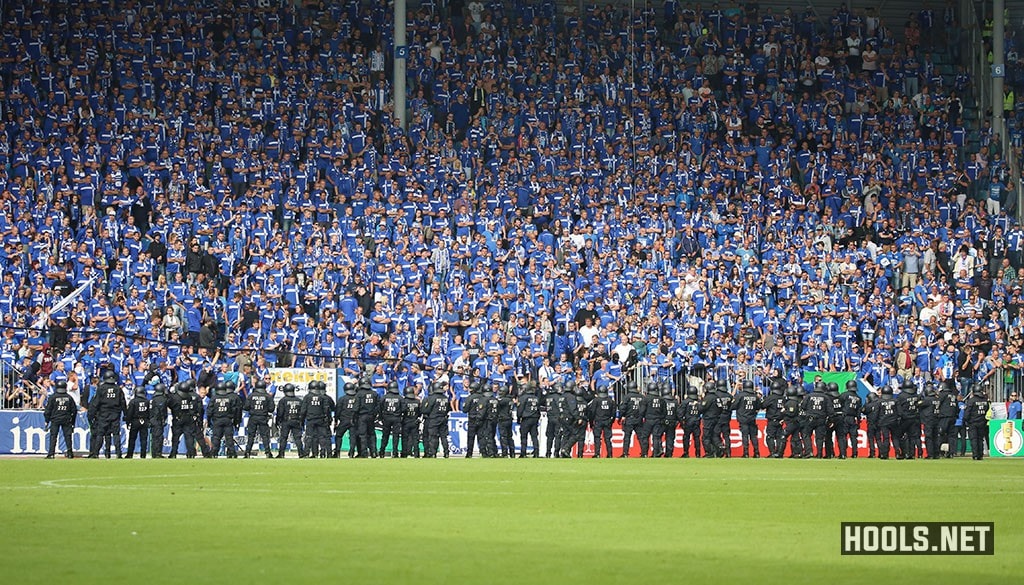