Widzew Lodz’s Polish cup match against Slask Wroclaw was stopped for several minutes on Tuesday after trouble broke out in the away end.

Play was suspended in the 3rd minute after Slask hooligans lit pyrotechnics in their section. Some hooligans also attempted to force their way through a security fence to get at Widzew fans, but without success.

More than a hundred riot cops in full riot gear moved in to restore order, while a water cannon was also deployed. 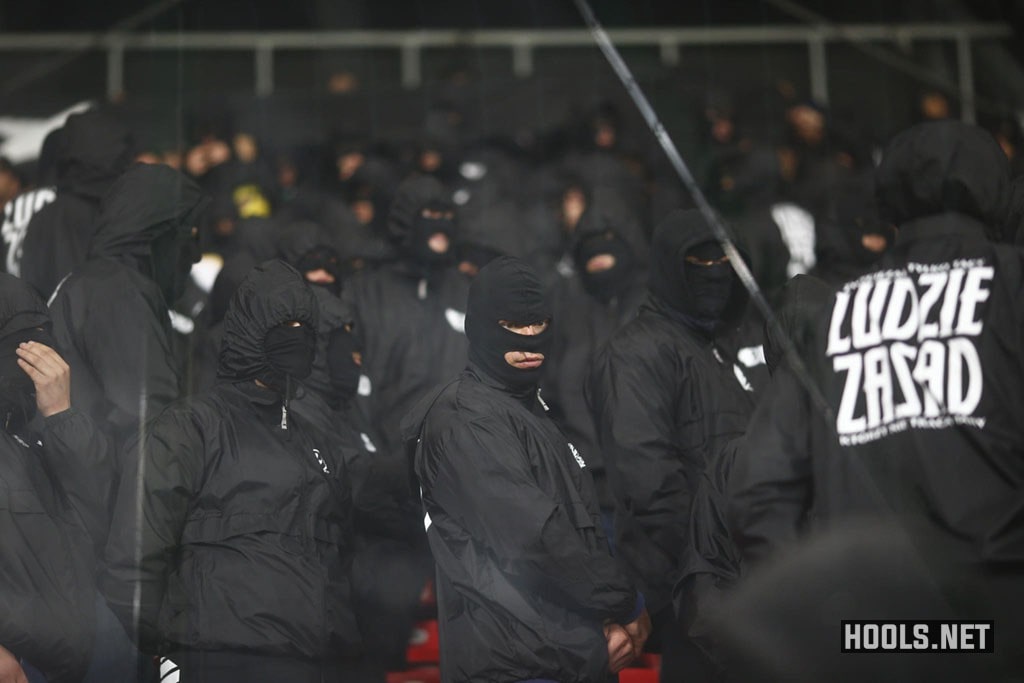 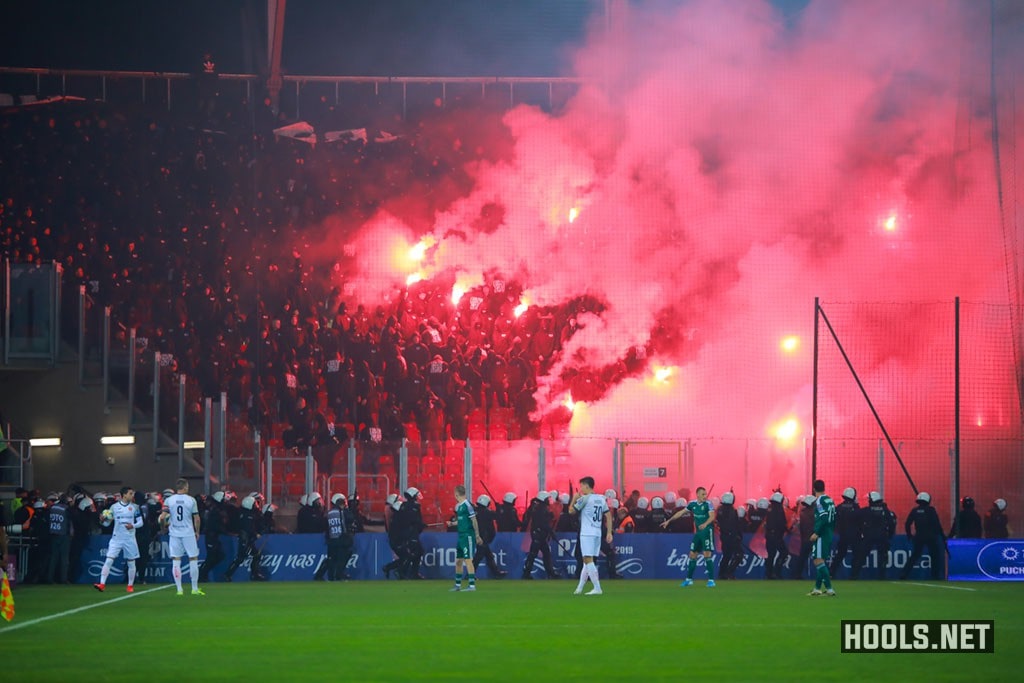 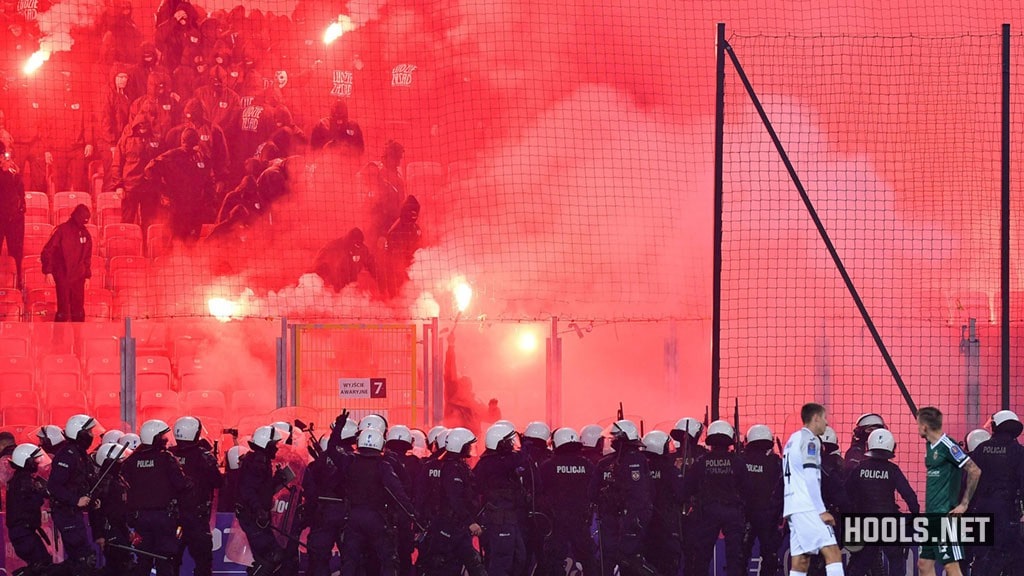 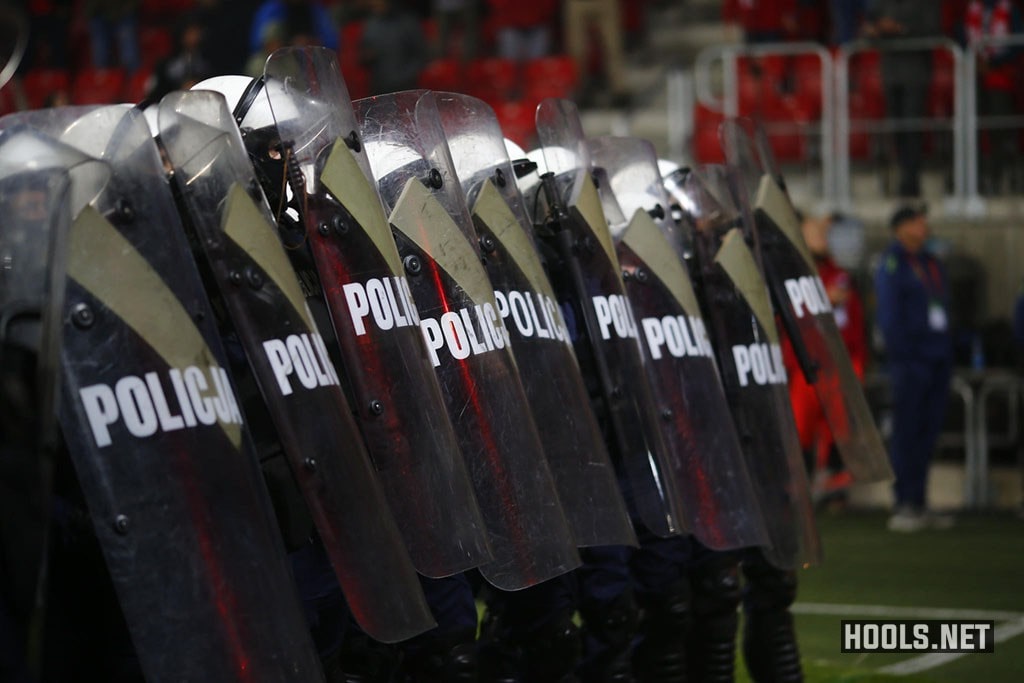 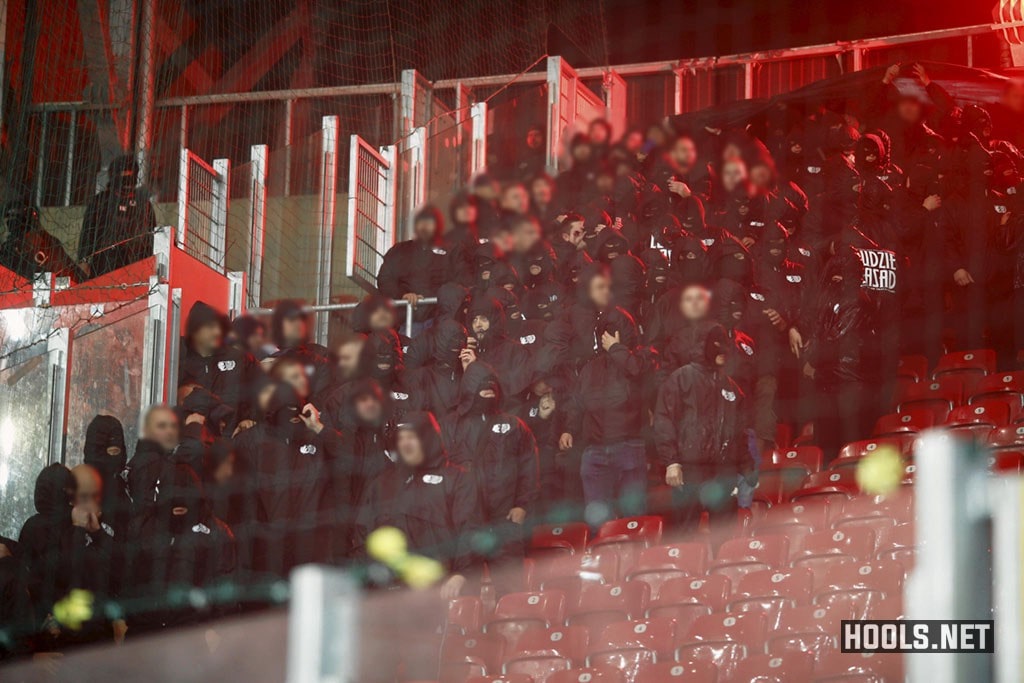 Earlier, before the match, 22 Slask Wroclaw fans were arrested after attempting to smuggle flares into Widzew Lodz’s stadium. 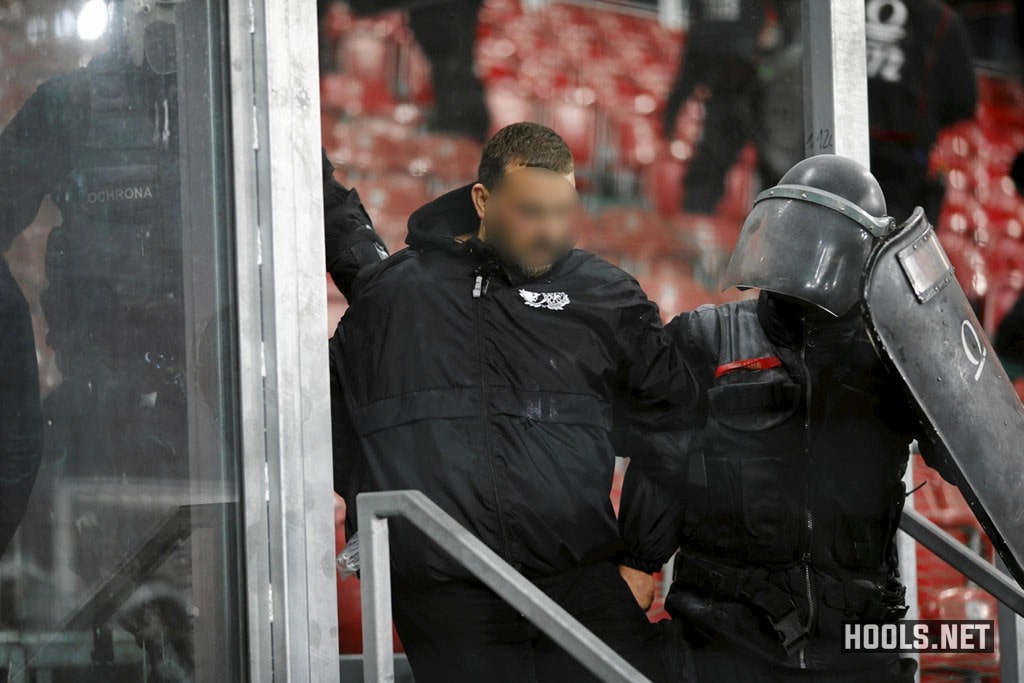