AEL Limassol and APOEL fans clashed inside the Tsirion Stadium during last night’s match in the Cypriot First Division.

In the first half of the game, fans from both sides invaded the running track surrounding the pitch and attacked each other.

Play was halted for around an hour before order was restored.

Earlier the match had been stopped for several minutes after a ball boy was hit by a firecracker thrown from a section of APOEL fans. 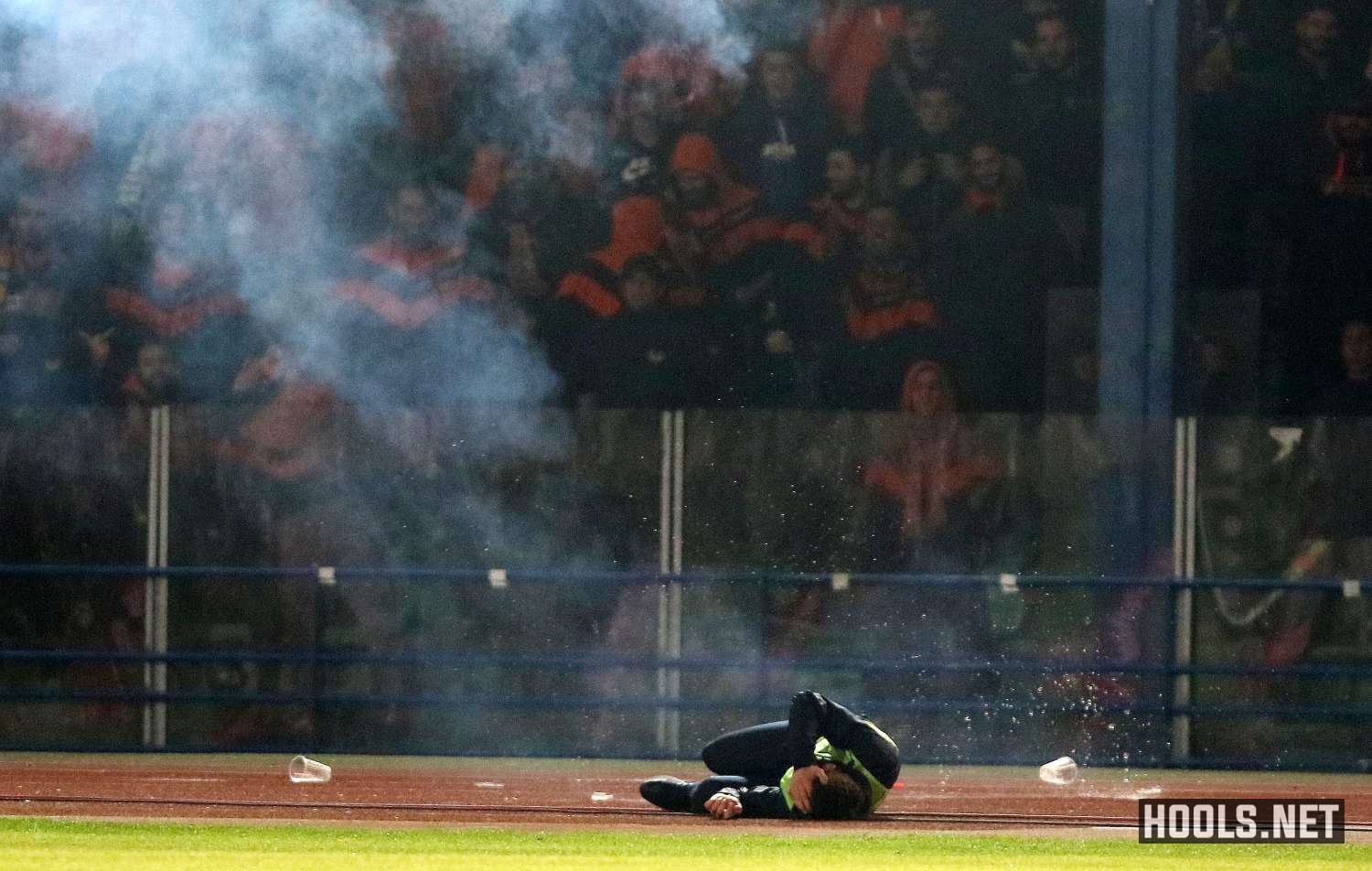 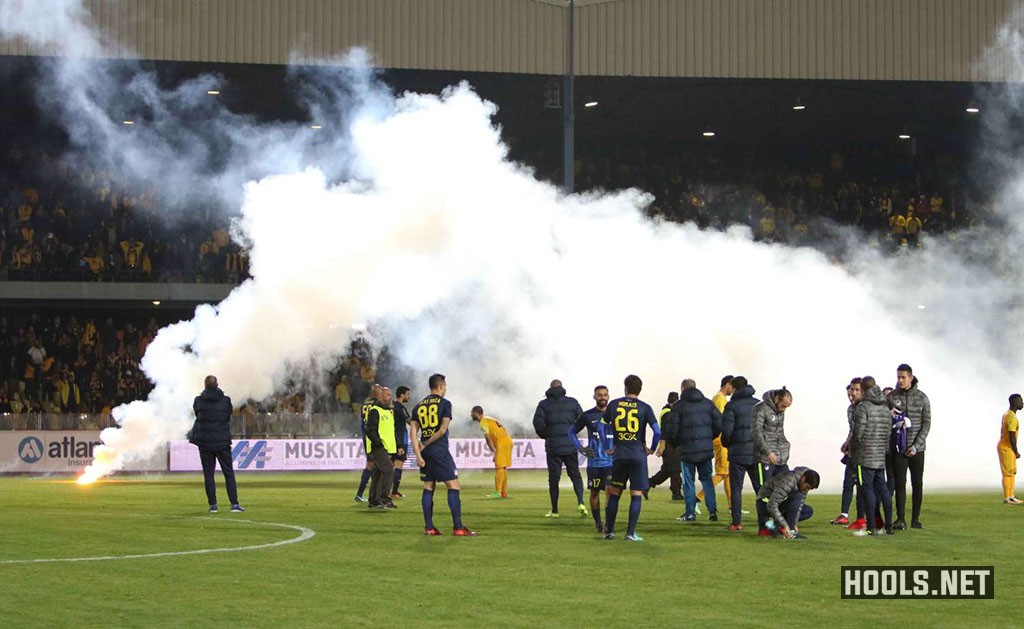 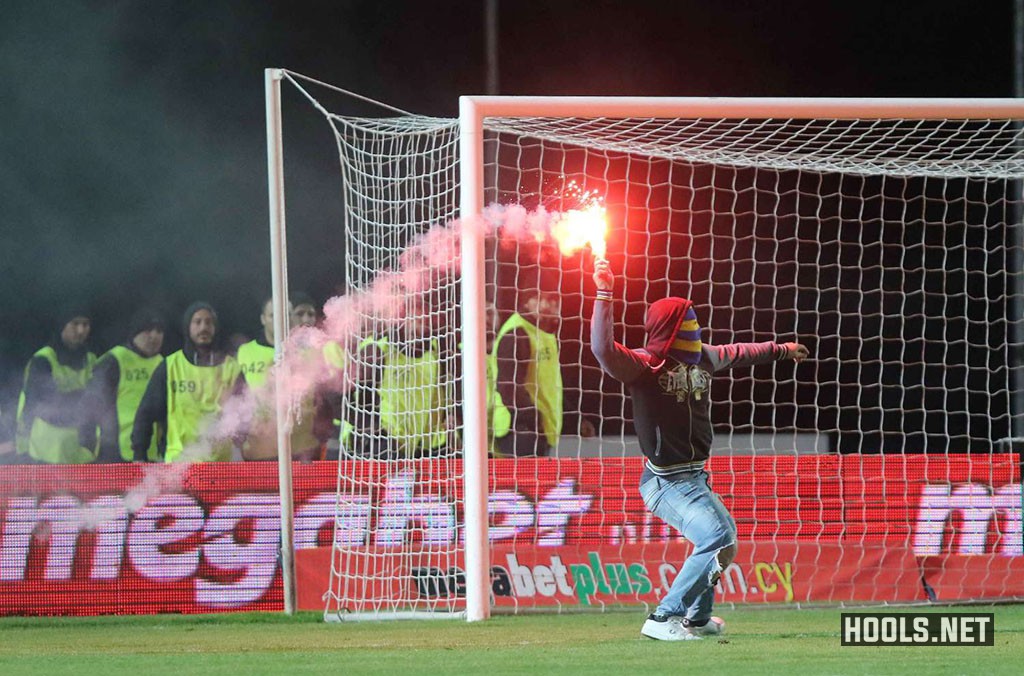 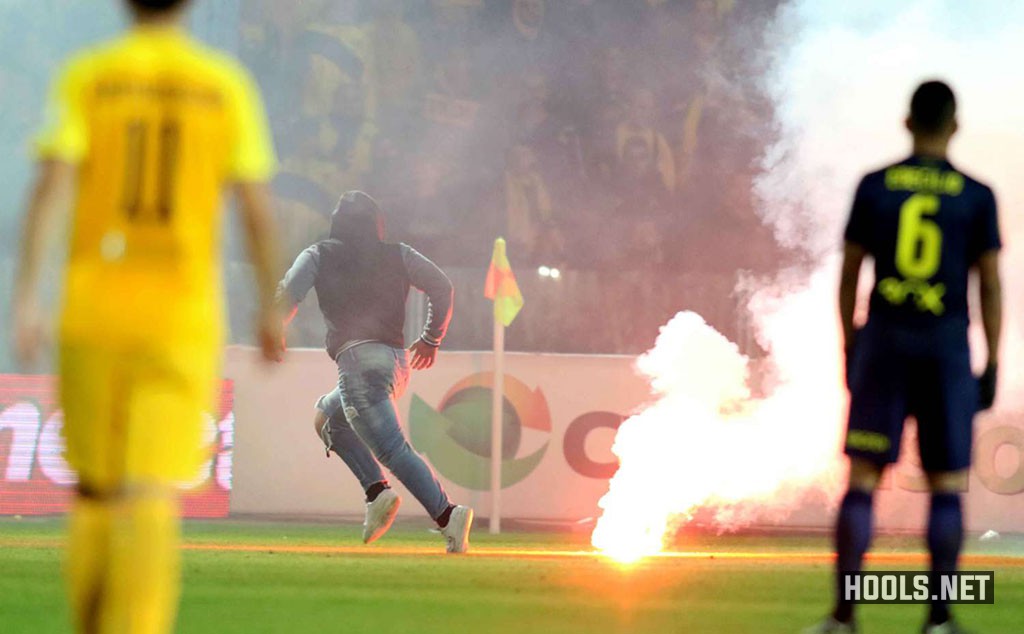 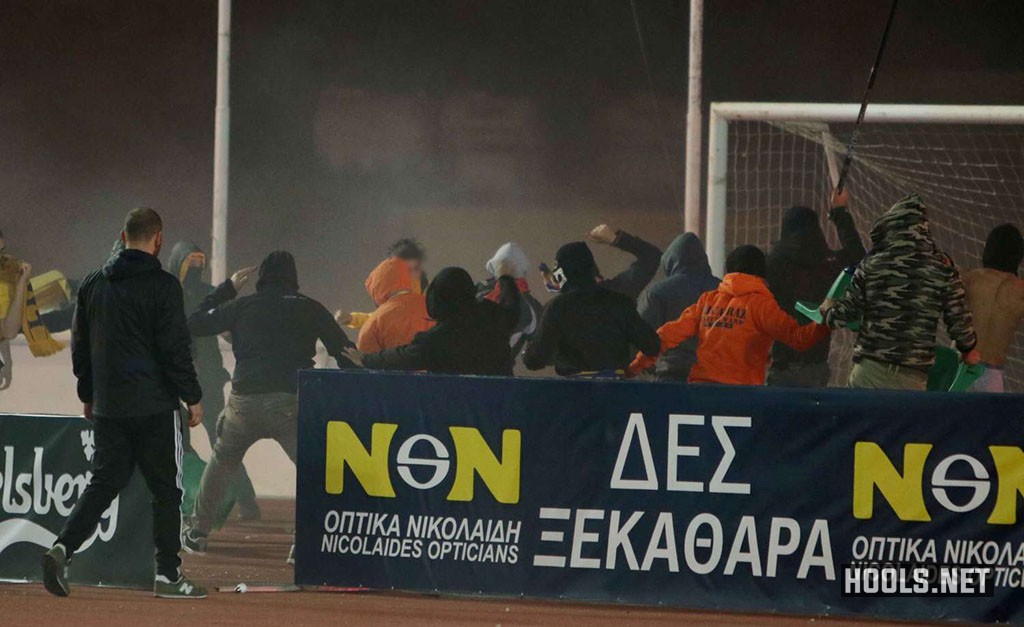 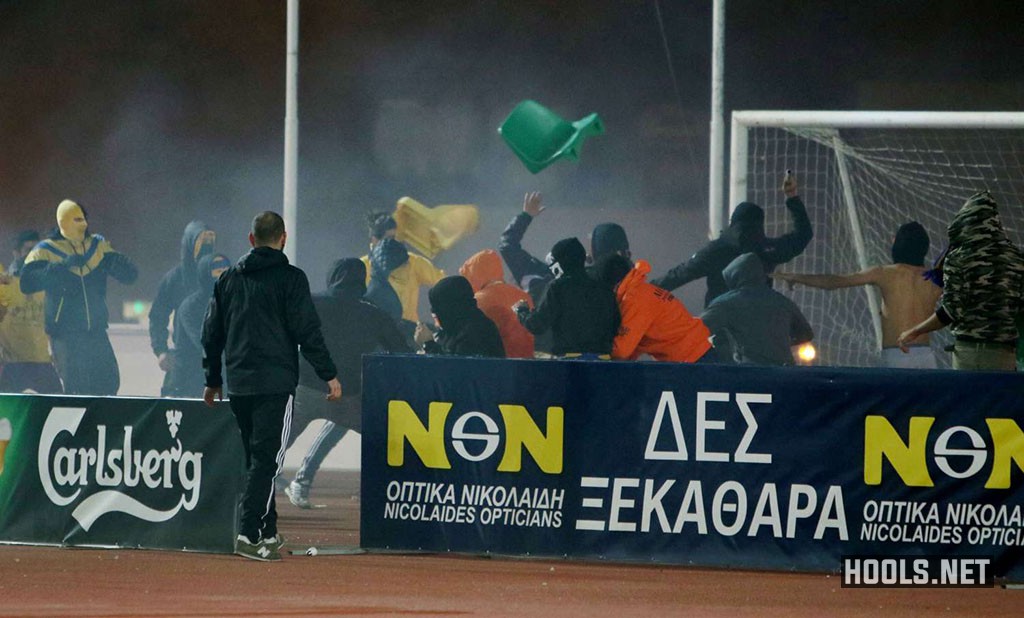 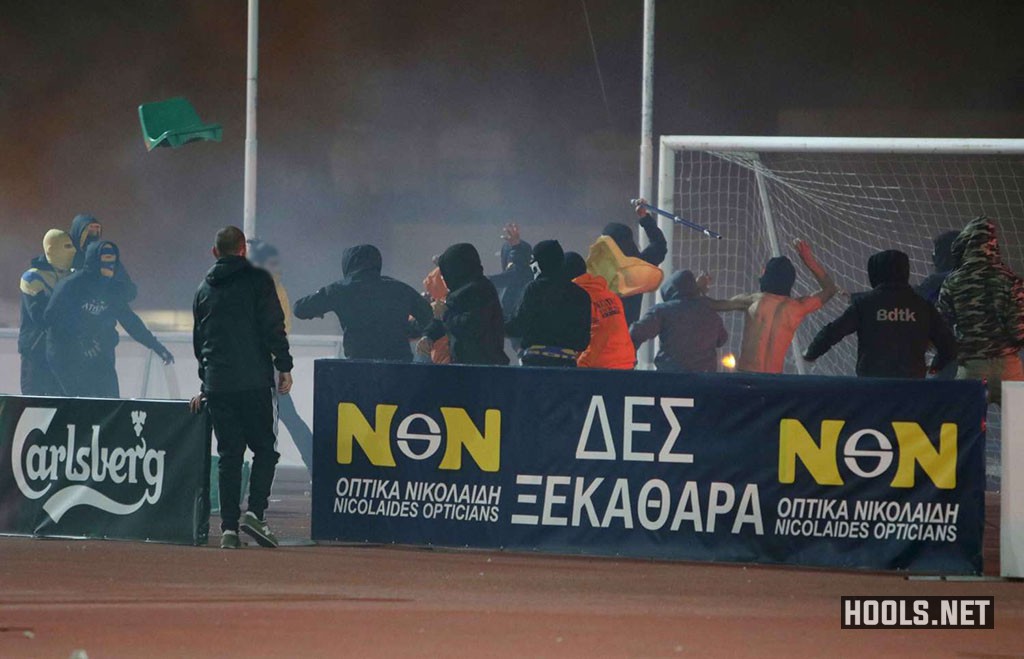 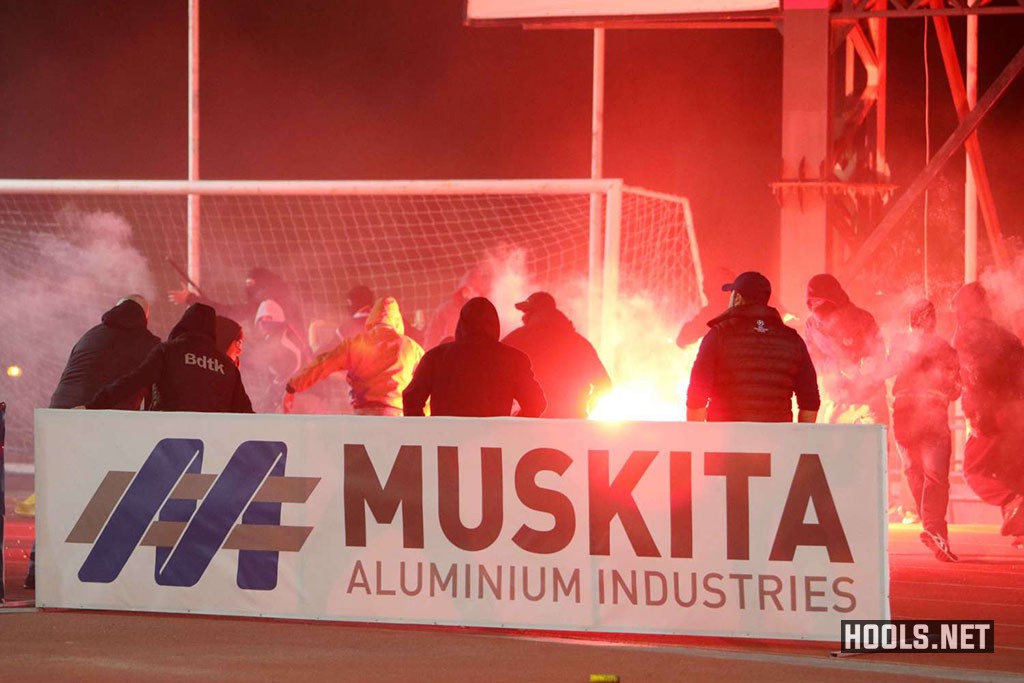 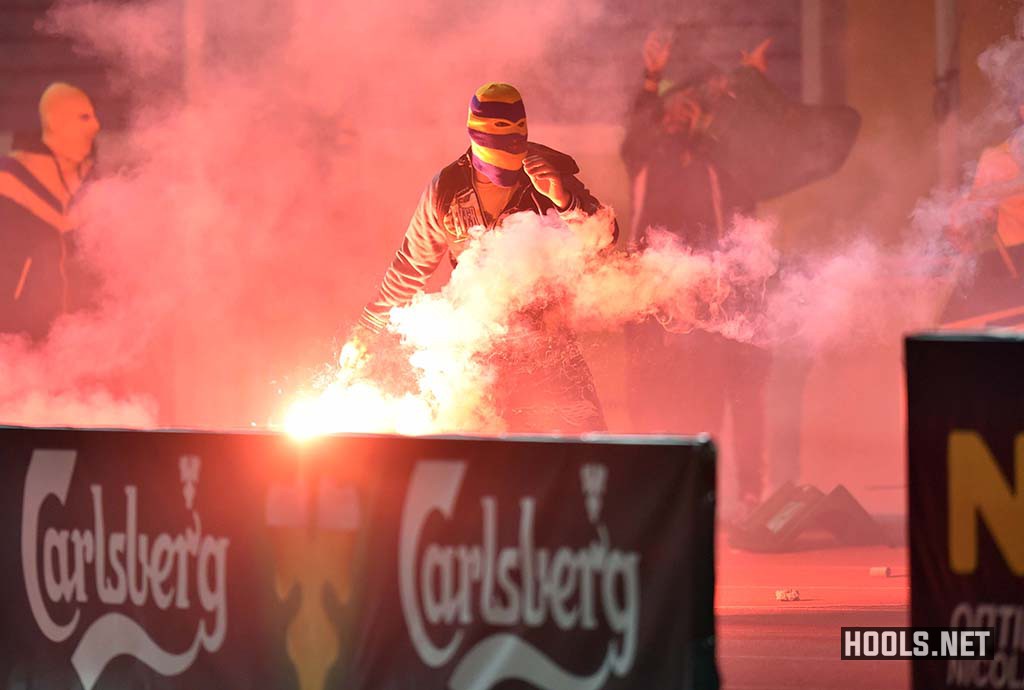 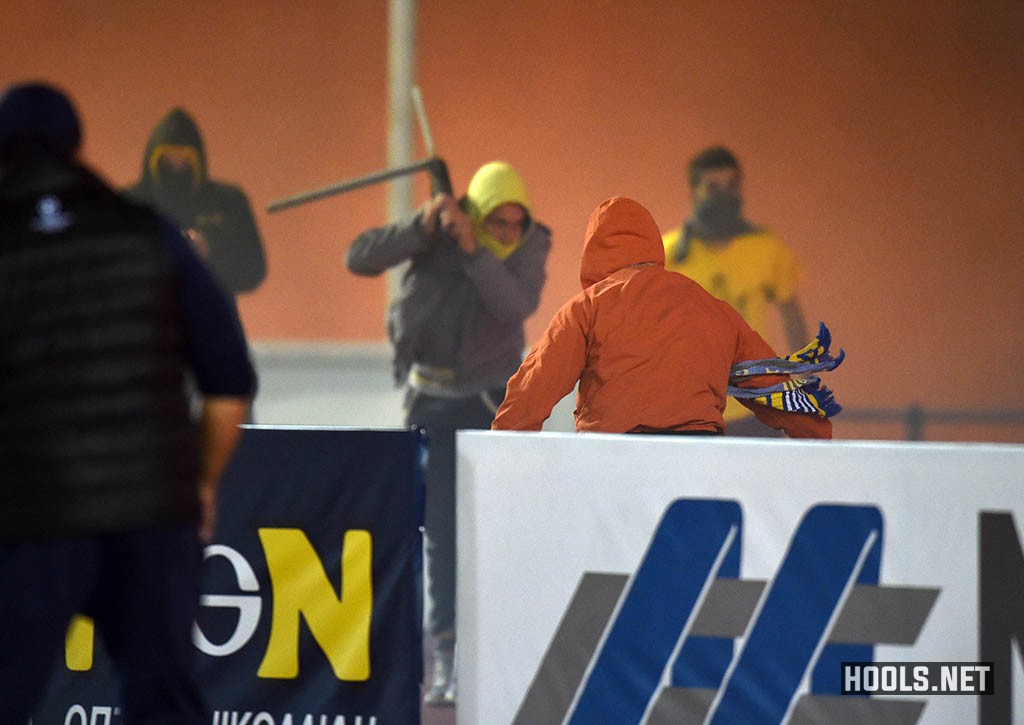 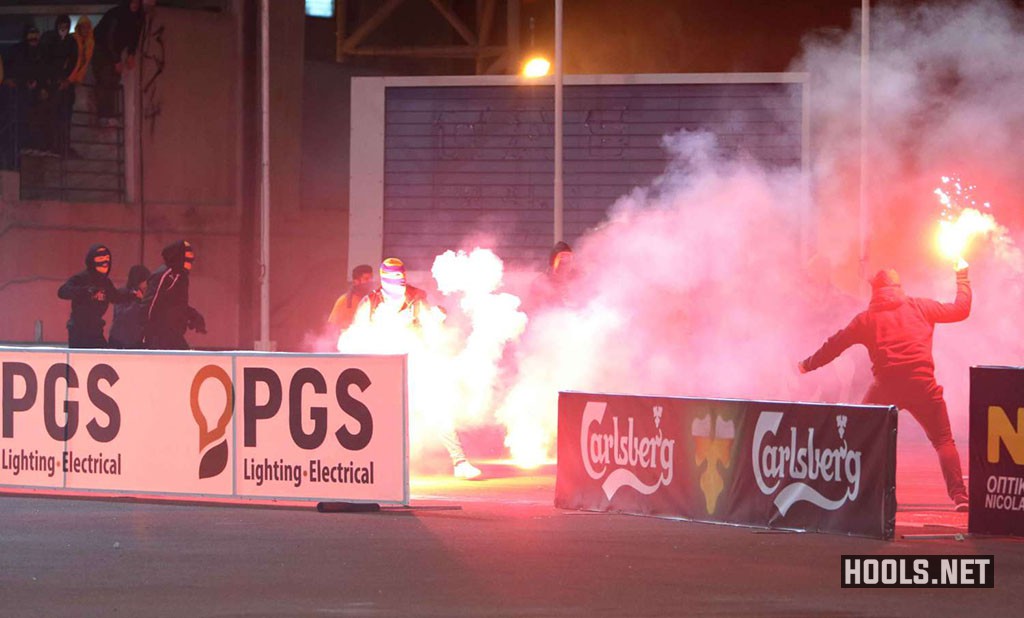 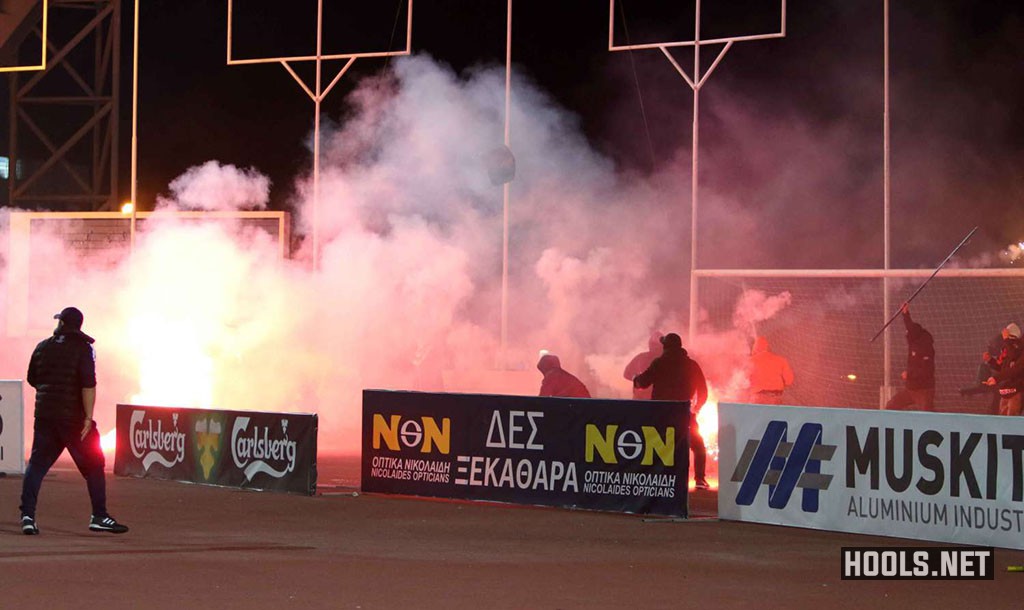 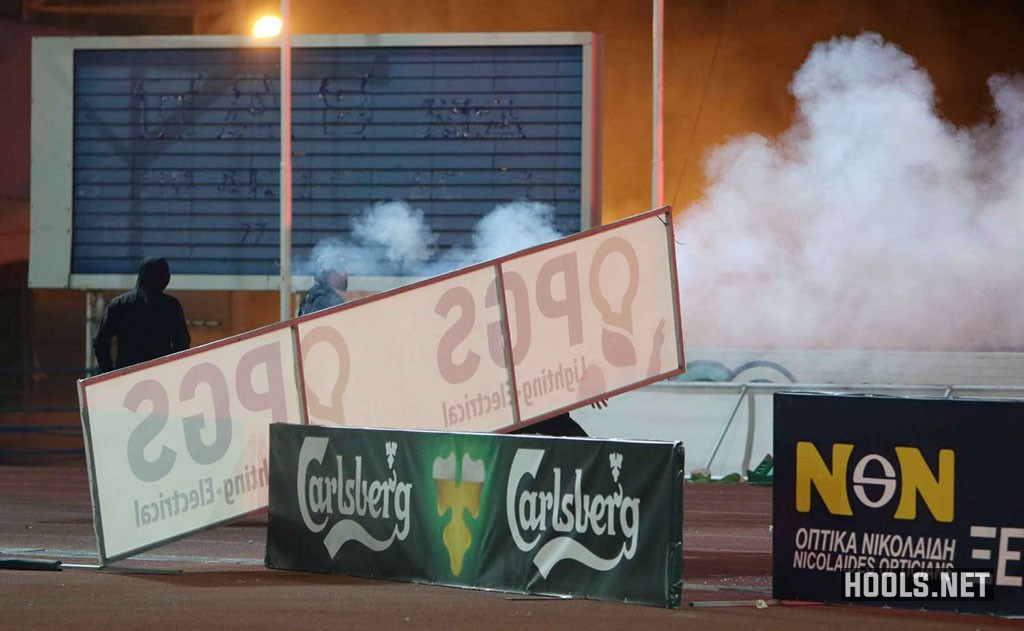 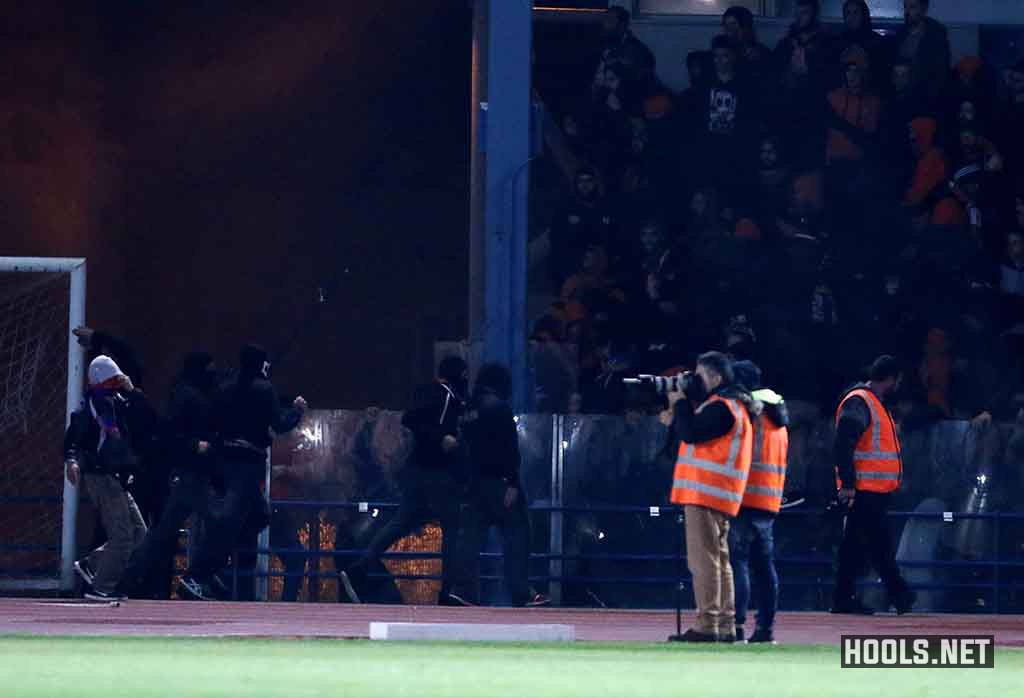 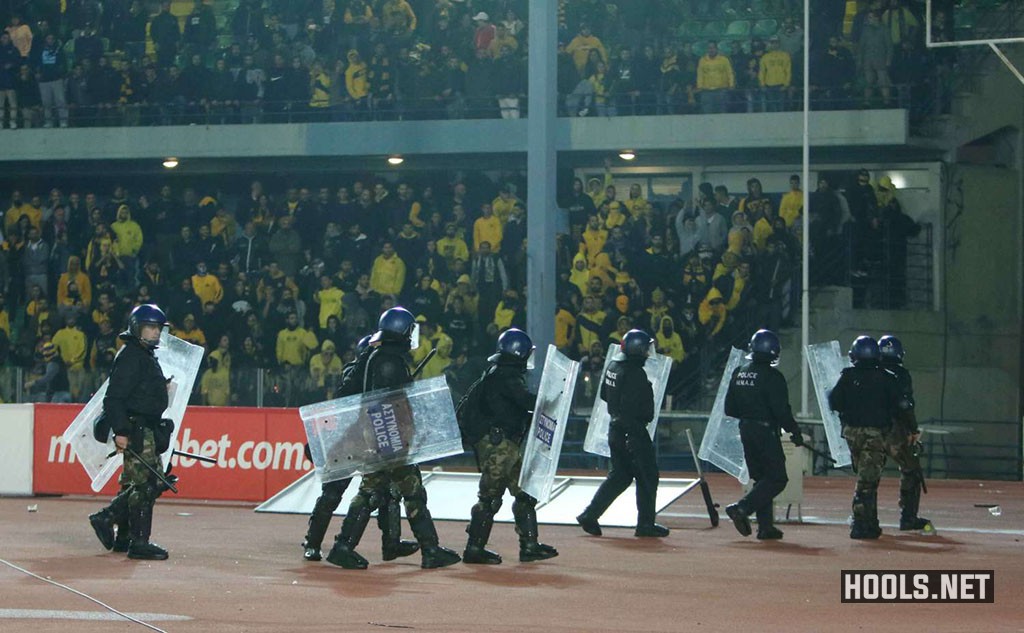 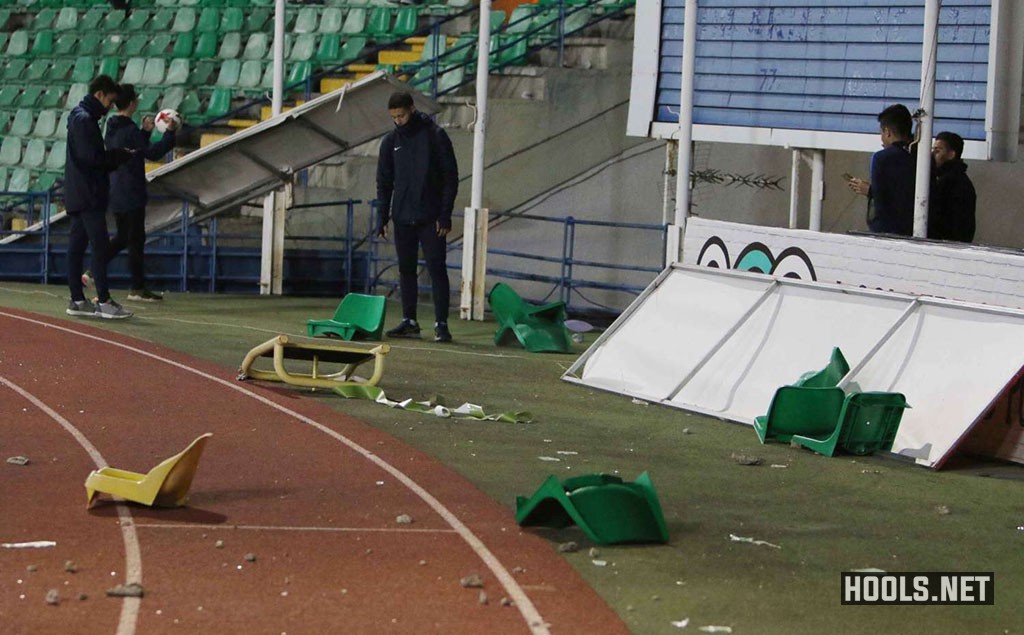 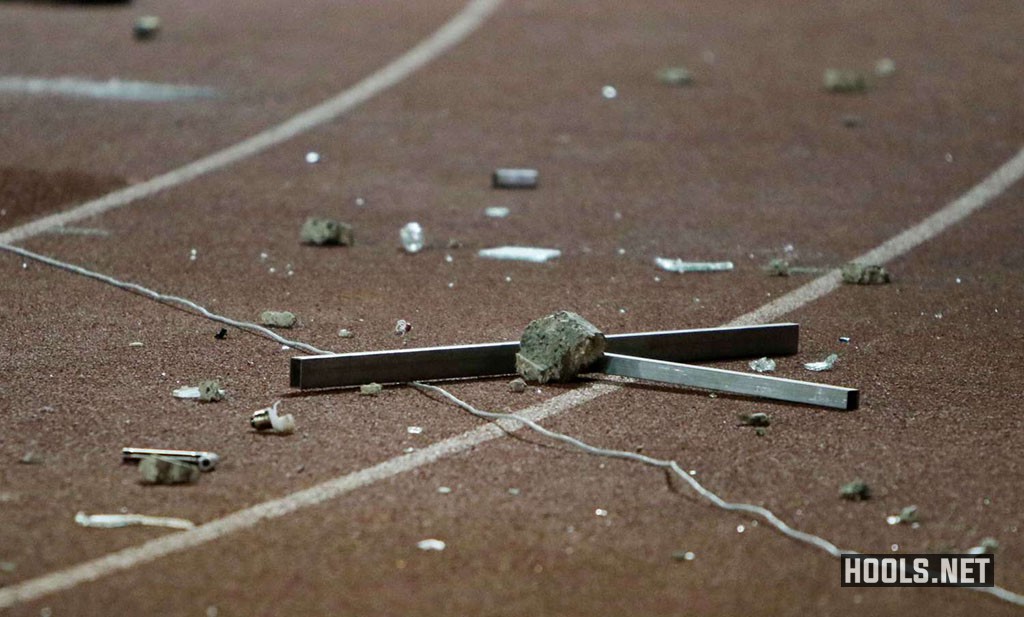