The clashes broke out early in the second half after APOEL fans set fire to the toilet in the away end.

Firefighters, accompanied by riot police, entered the away section to put out the fire, but they were immediately attacked. APOEL fans began throwing plastic chairs and flares at the riot police, who responded with force, using tear gas and batons to subdue them.

Two men, aged 21 and 37, were arrested following the clashes. 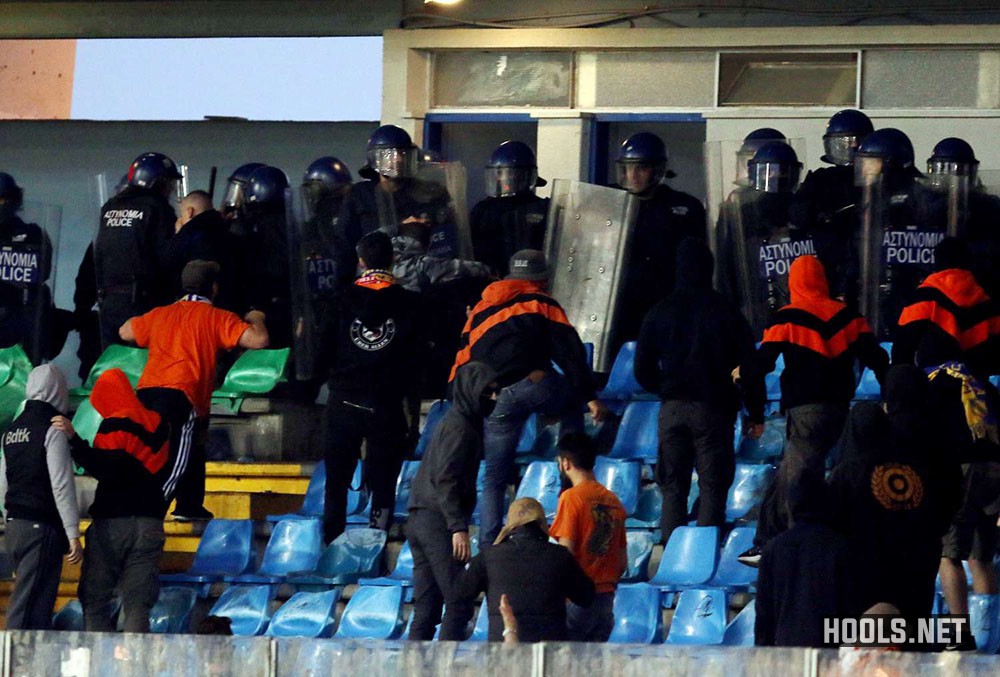 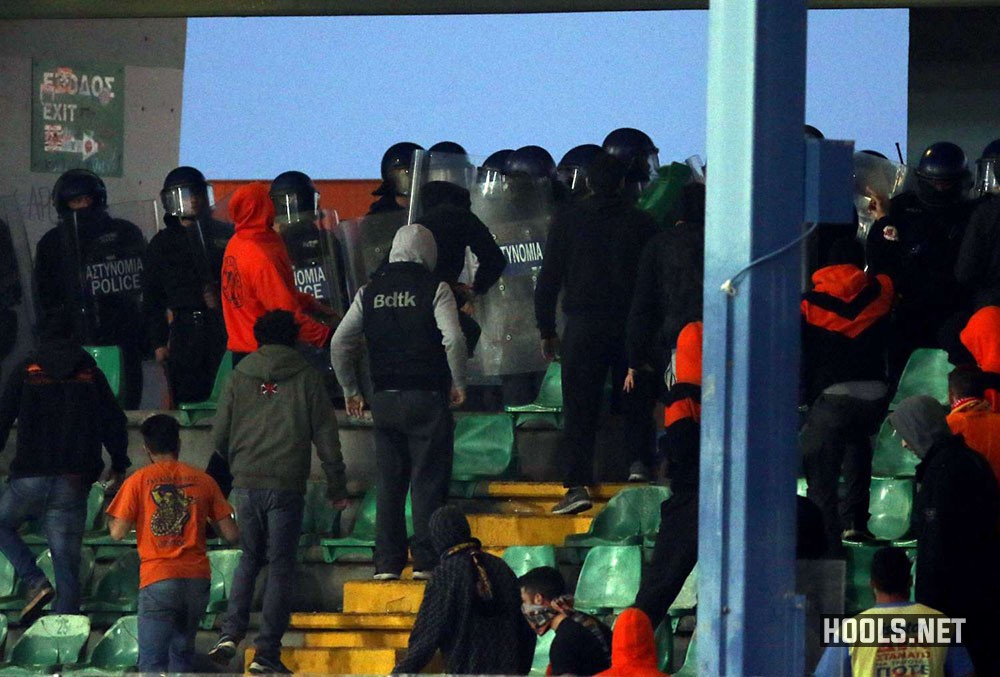 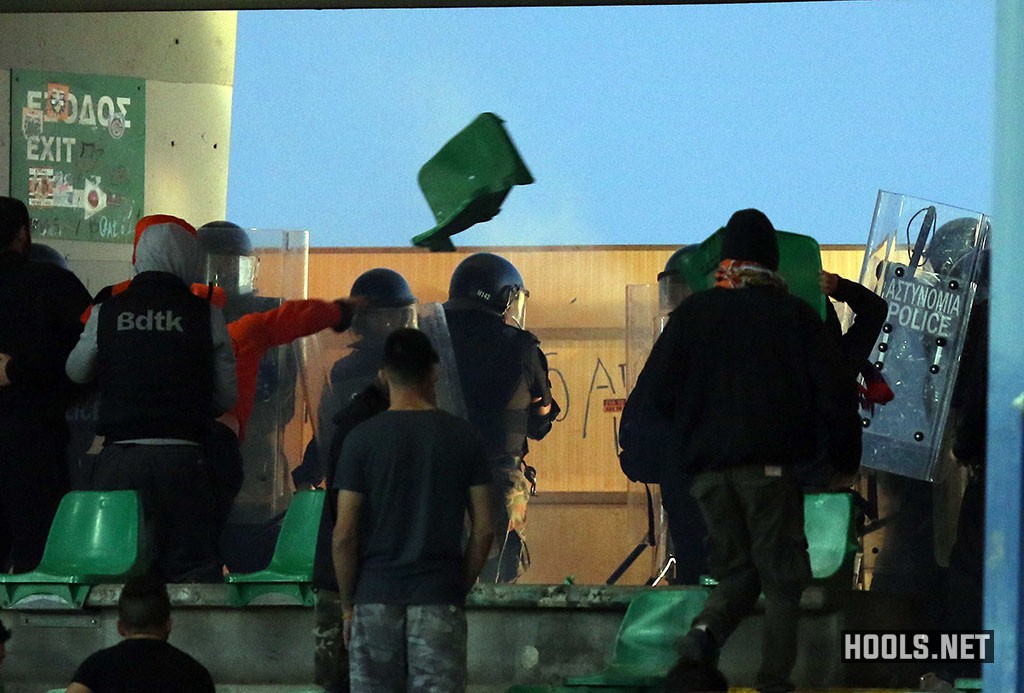 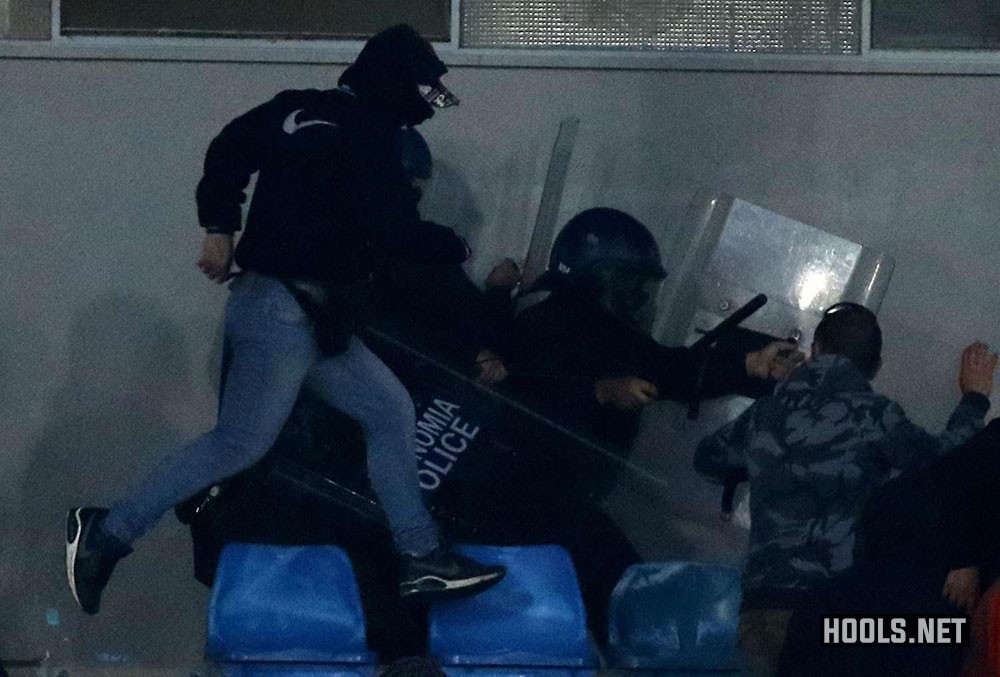 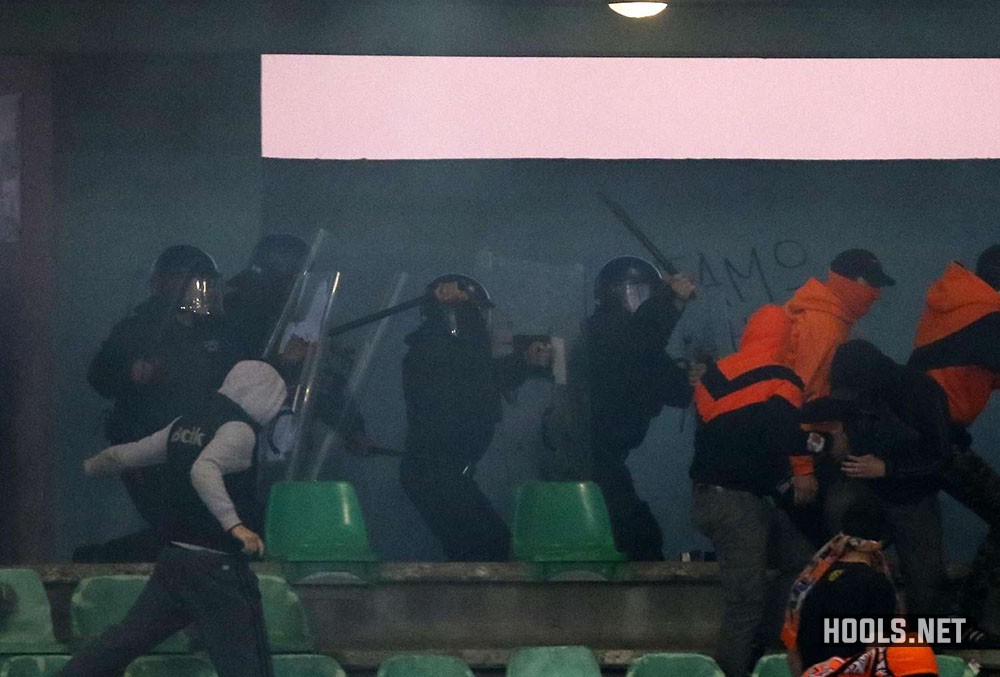 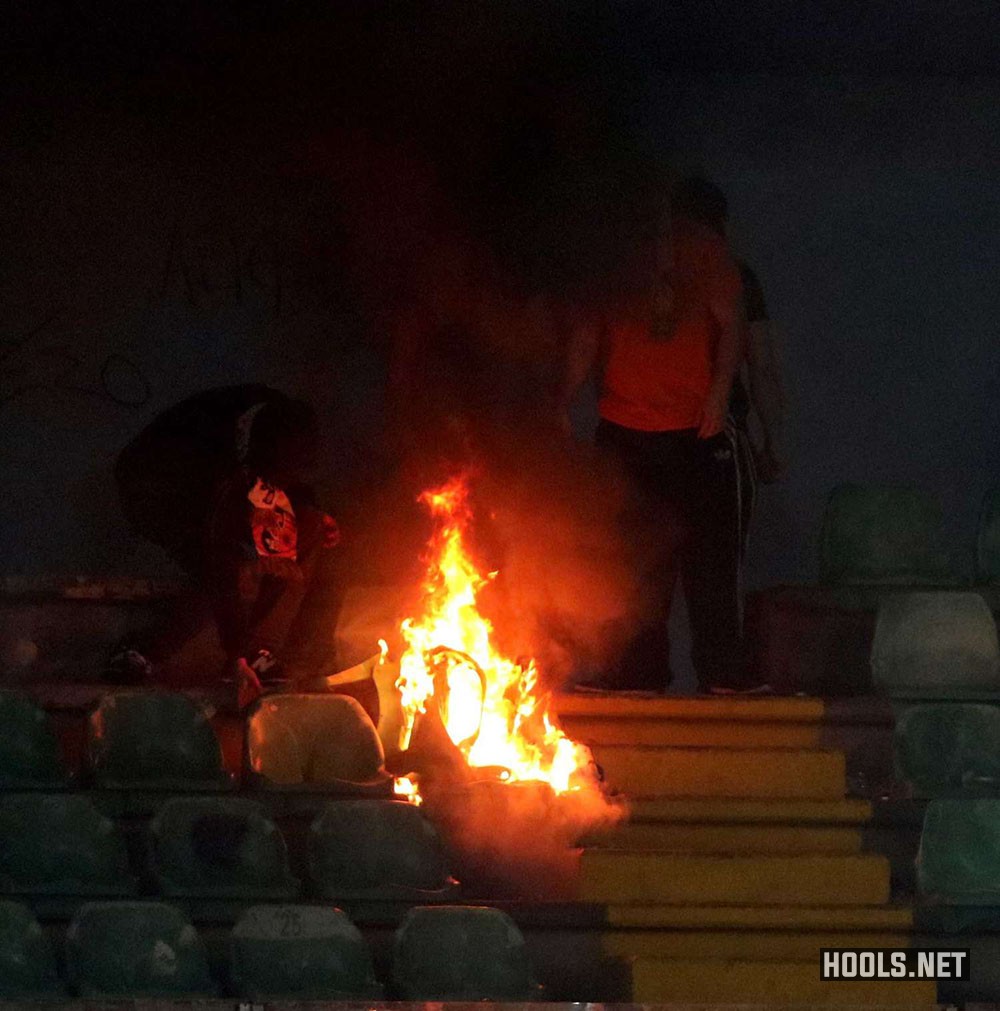 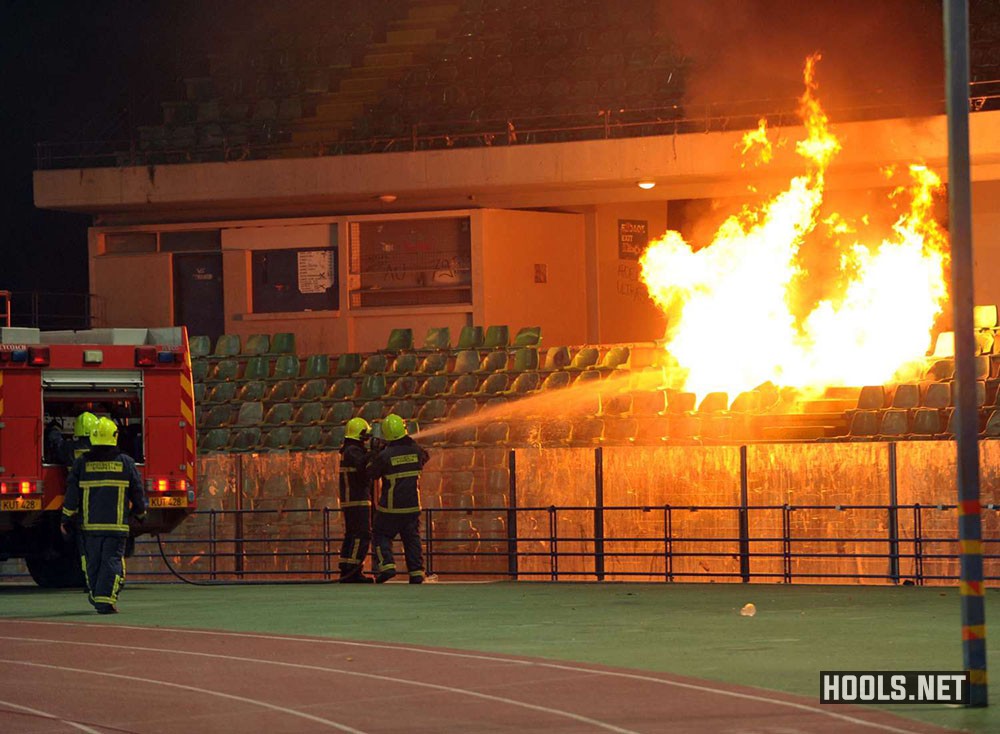