Partizan fans fought among themselves in the stands of the Partizan Stadium during their derby clash against Crvena Zvezda on Wednesday night.

The fight was between rival groups of Partizan fans who traded punches with each other for more than 5 minutes, forcing police to intervene.

Several fans, some with bloodied faces, were seen being escorted away from the scene by armed police.

At least 20 fans were injured, one seriously, in the fight. 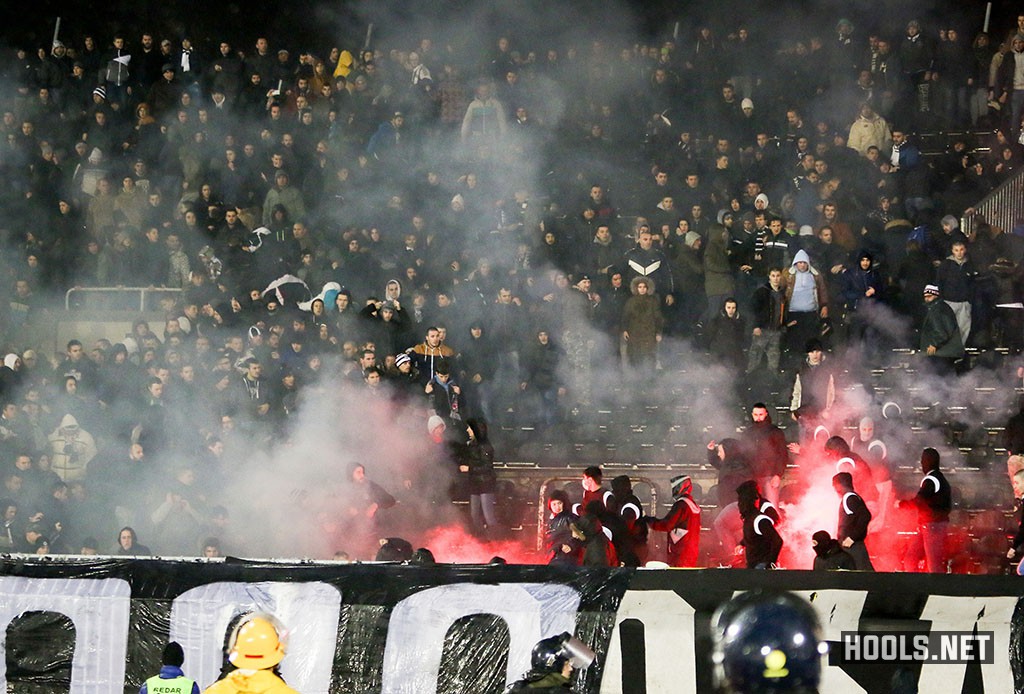 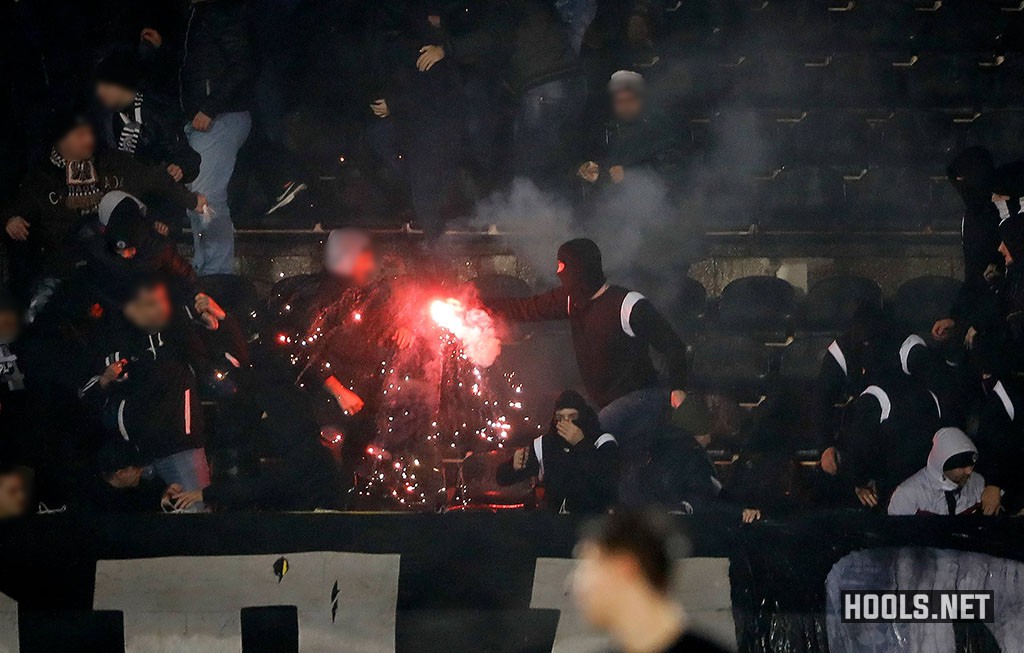 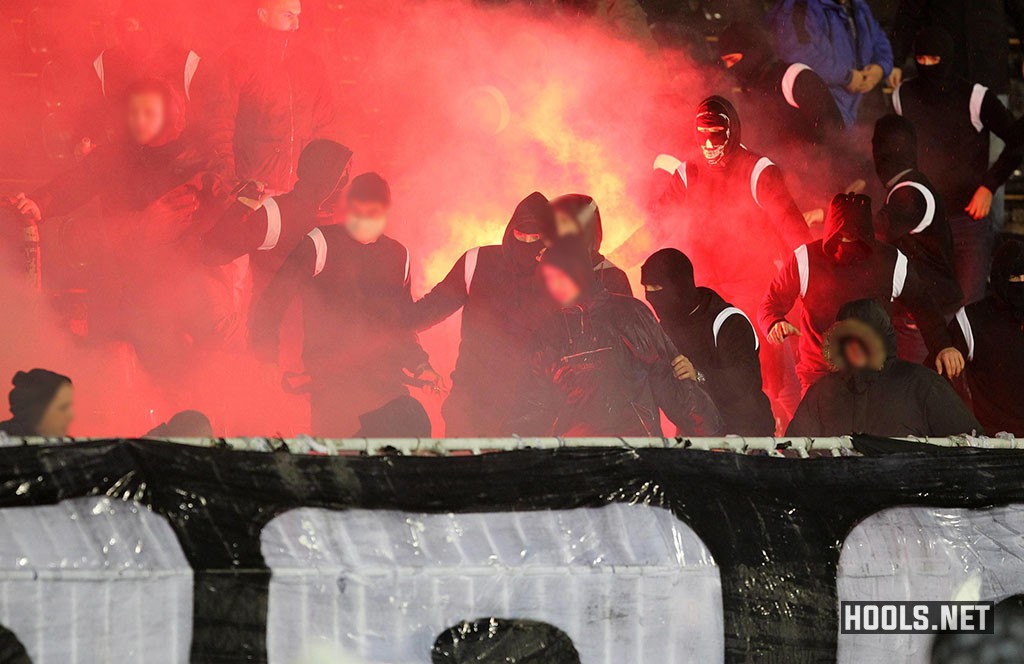 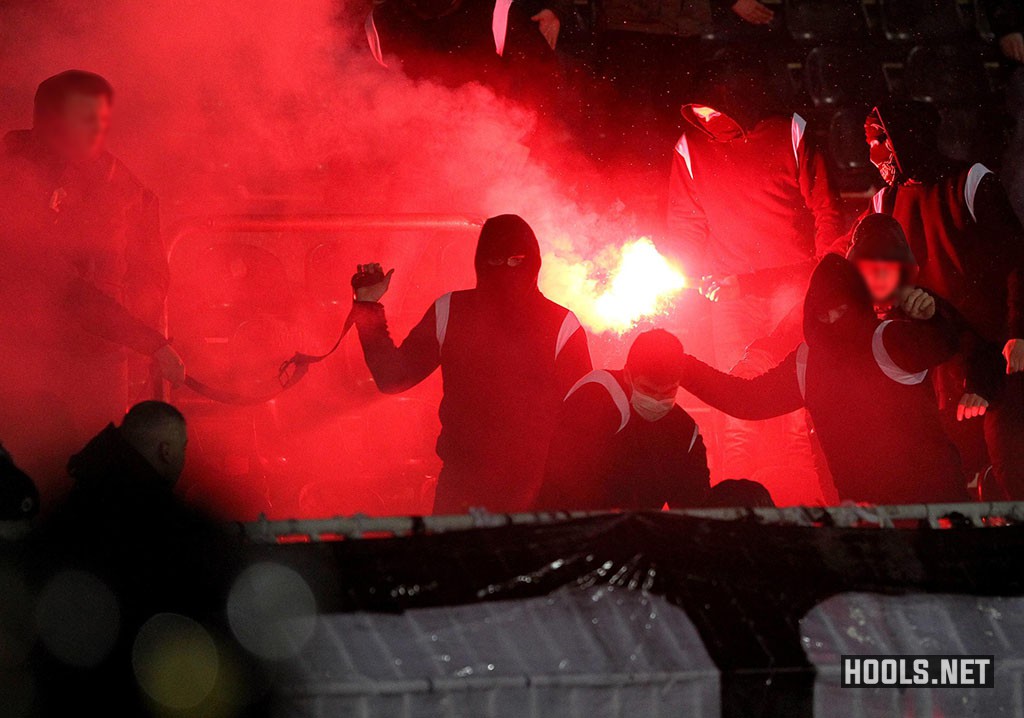 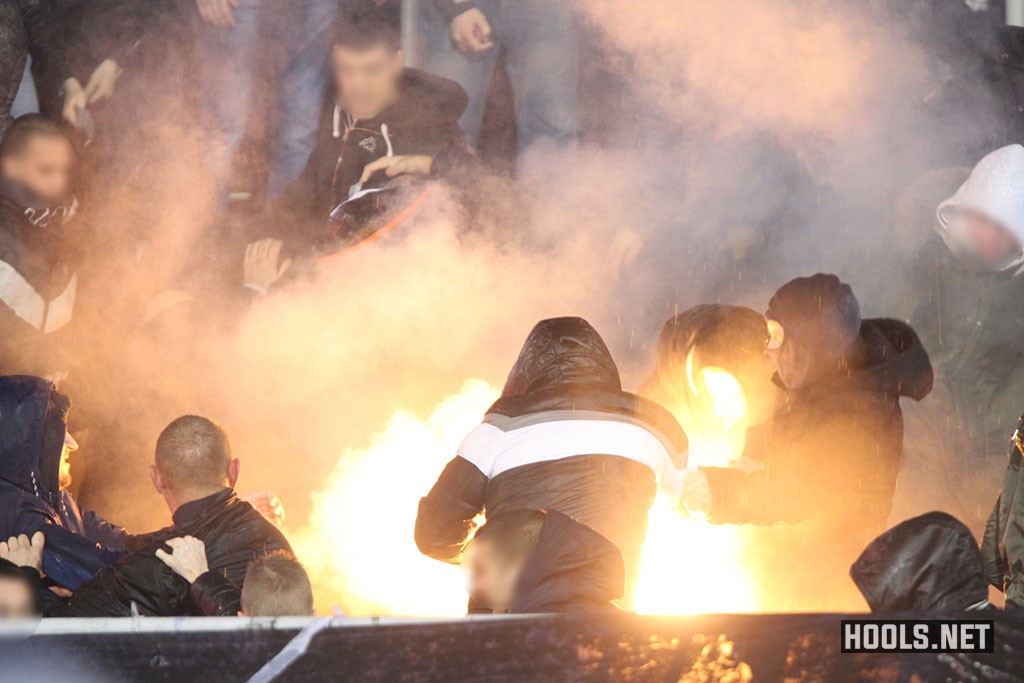 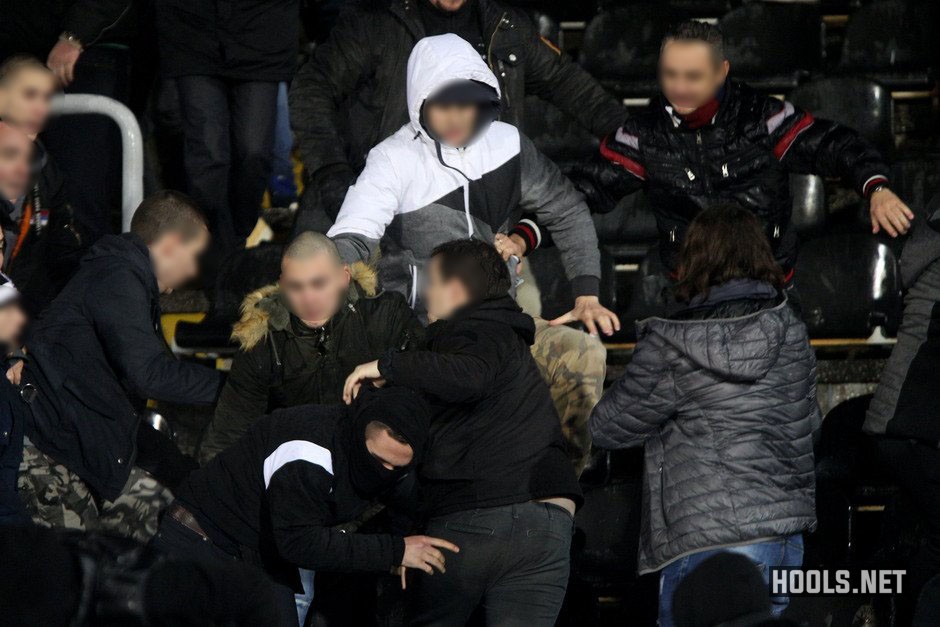 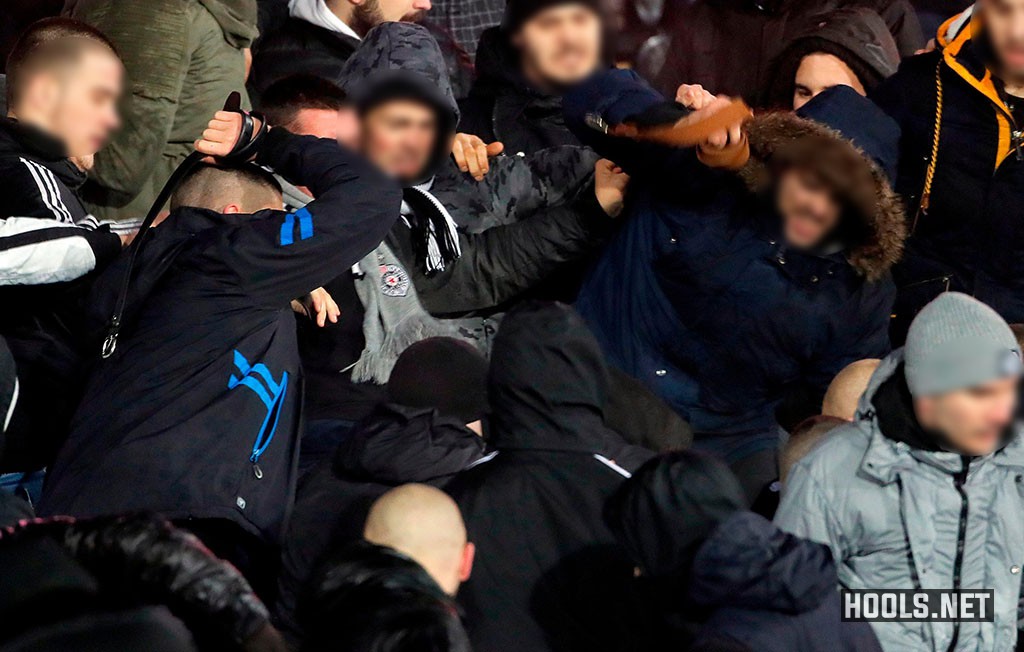 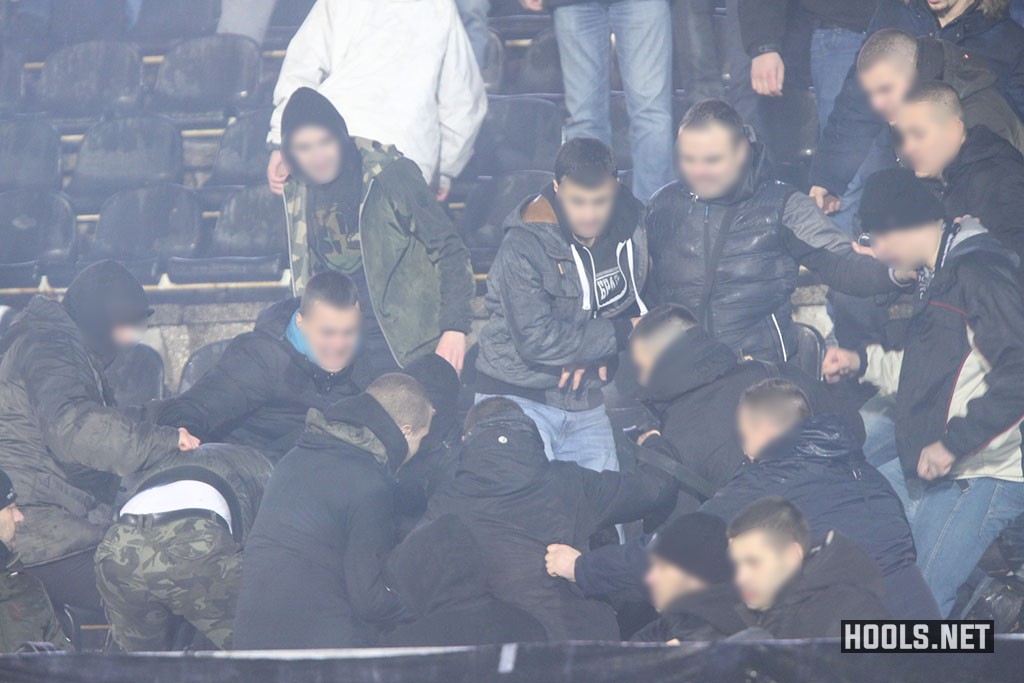 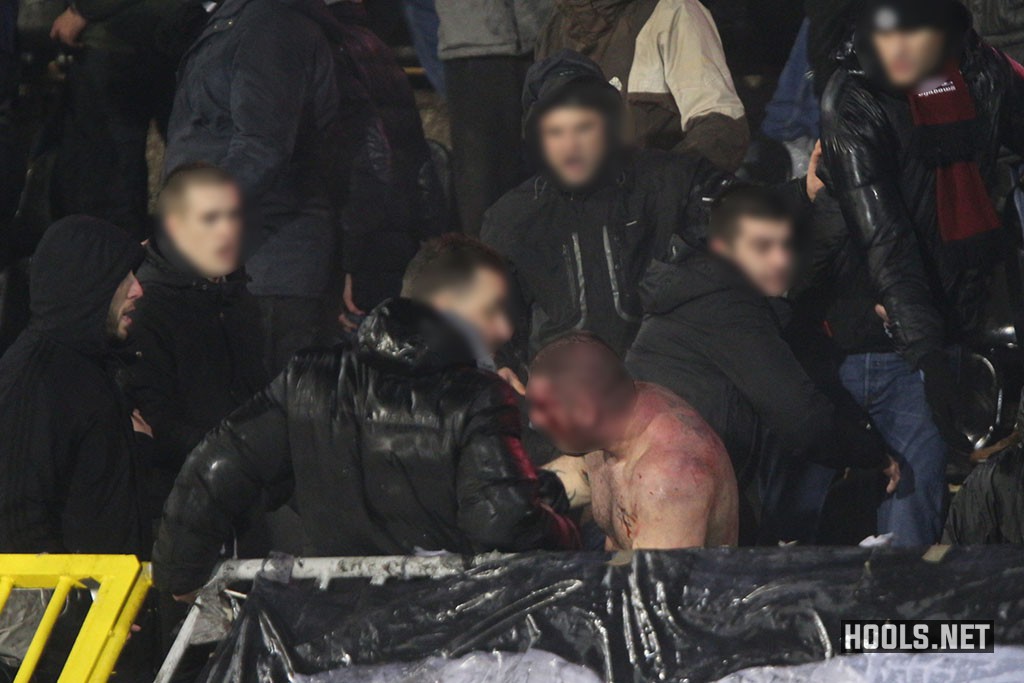 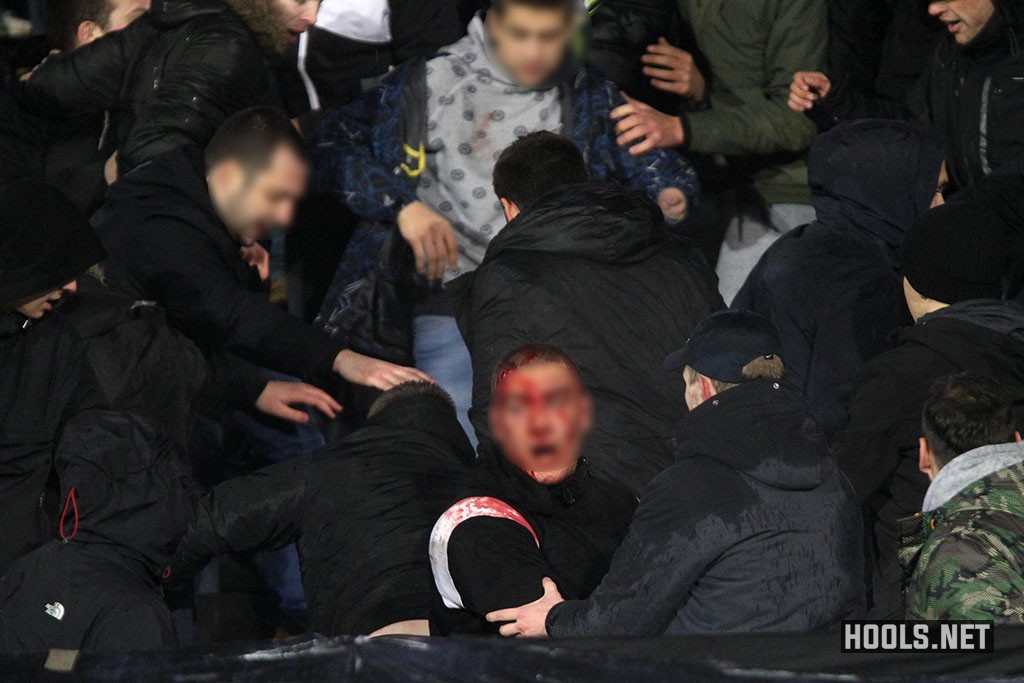 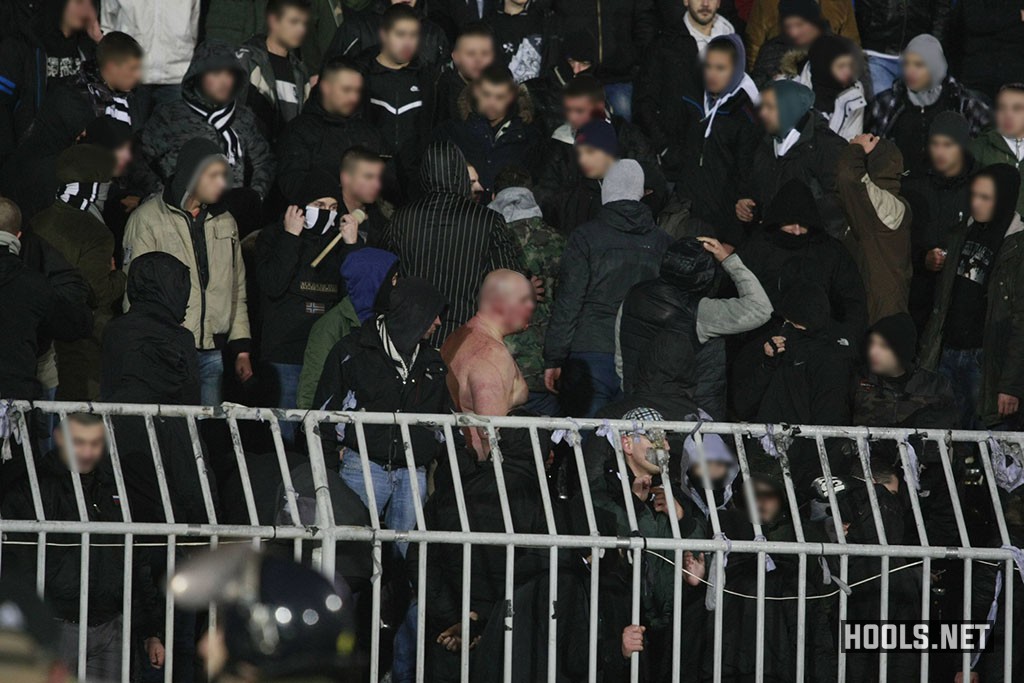 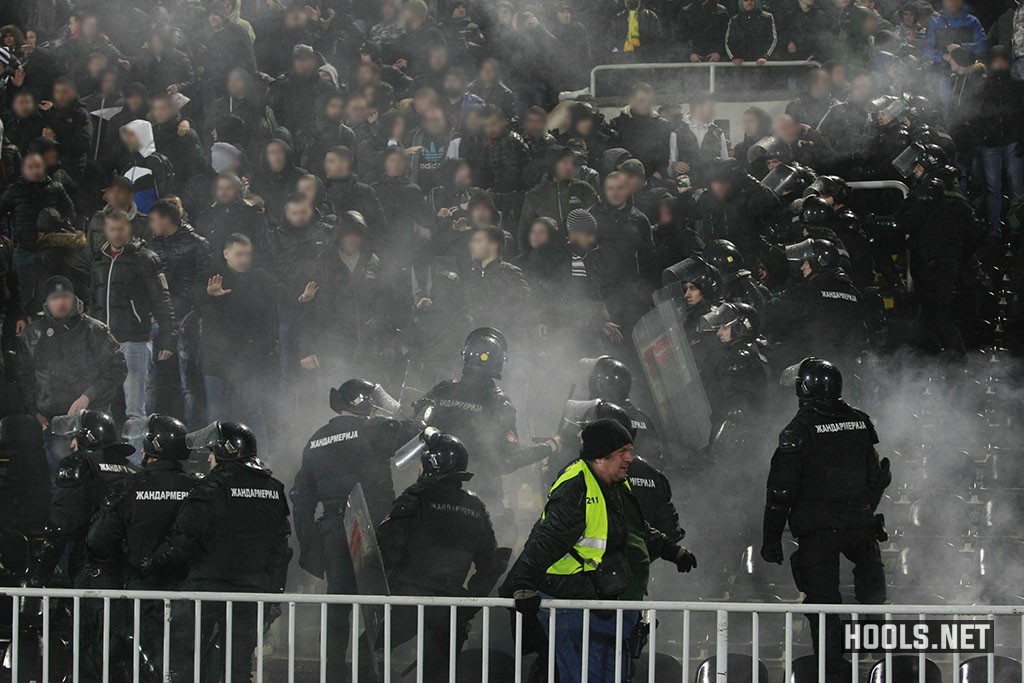 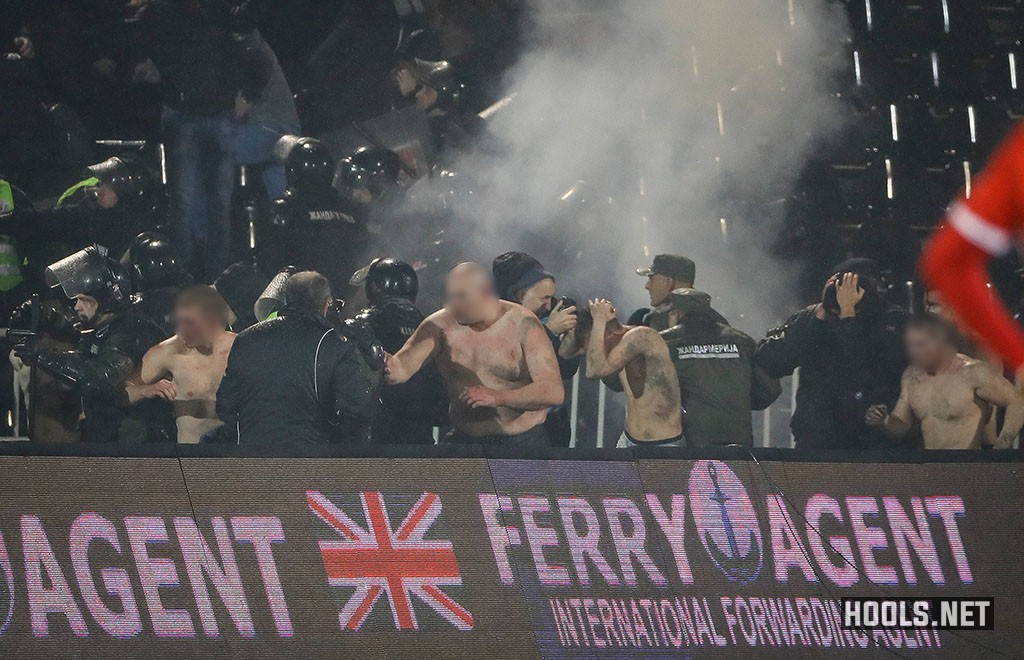 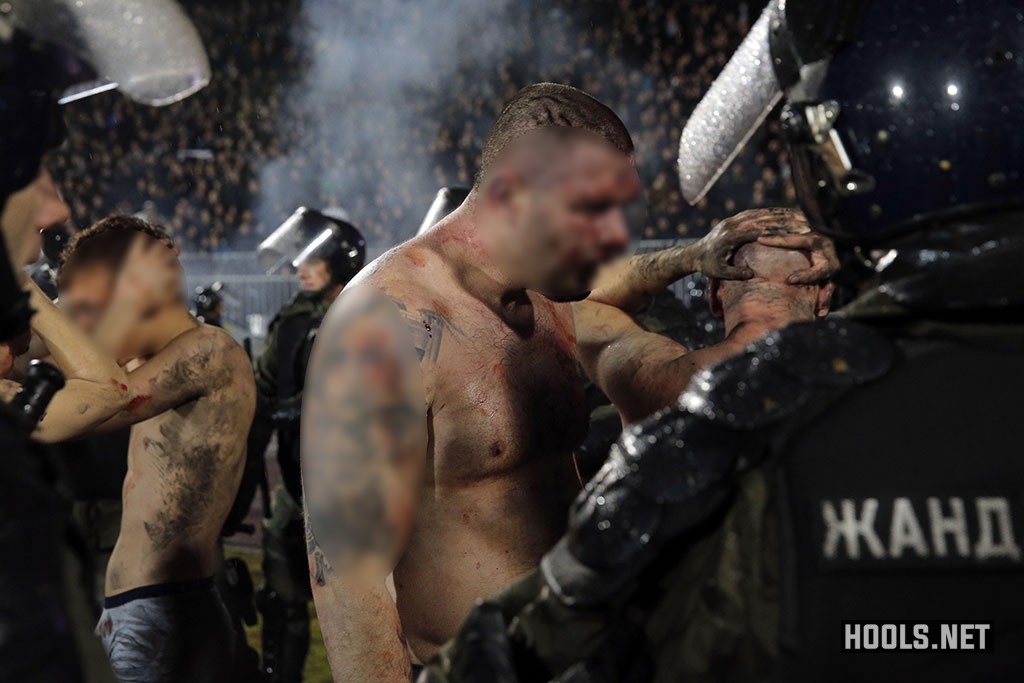 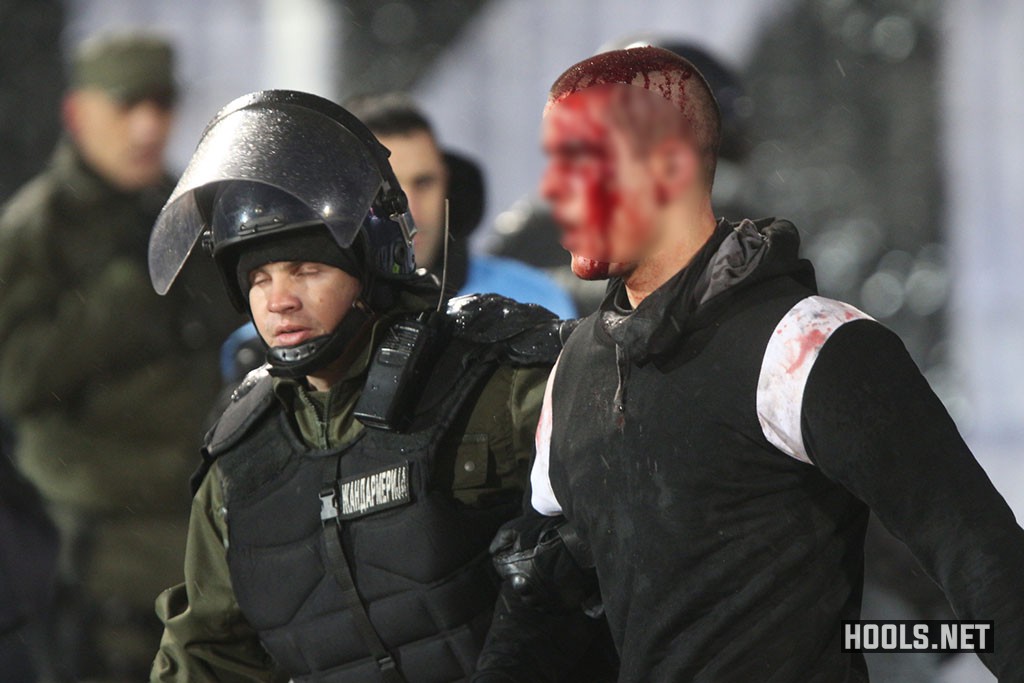 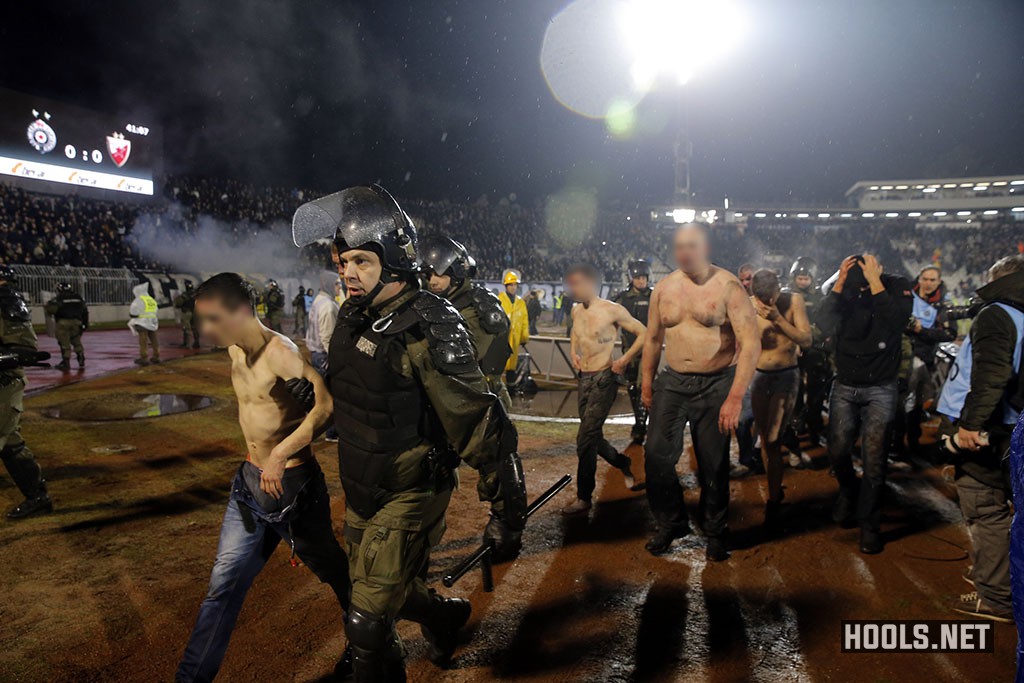