Ajax fans were attacked by a mob of Benfica hooligans in the Portuguese capital after their Champion League match on Wednesday night.

A mob of about 25 Benfica hooligans set upon a group of Ajax fans who were drinking on a terrace of a hotel, leaving one Dutch fan reportedly injured.

The troublemakers fled the scene before police arrived. 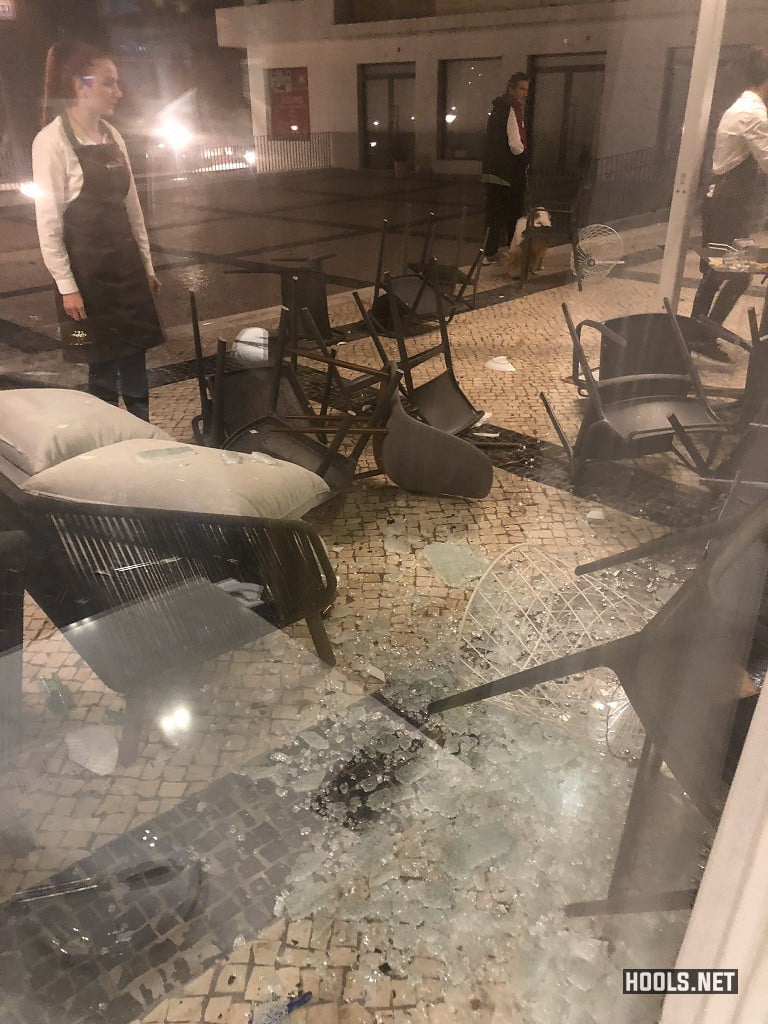 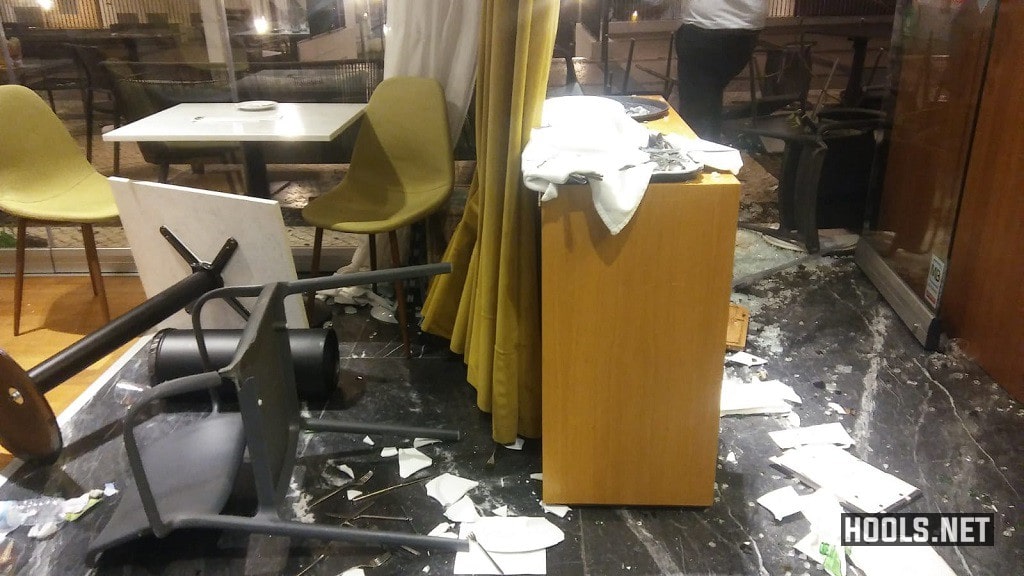 Ajax fans also confronted Portuguese police in the away end at the Estadio da Luz before the start of the game. 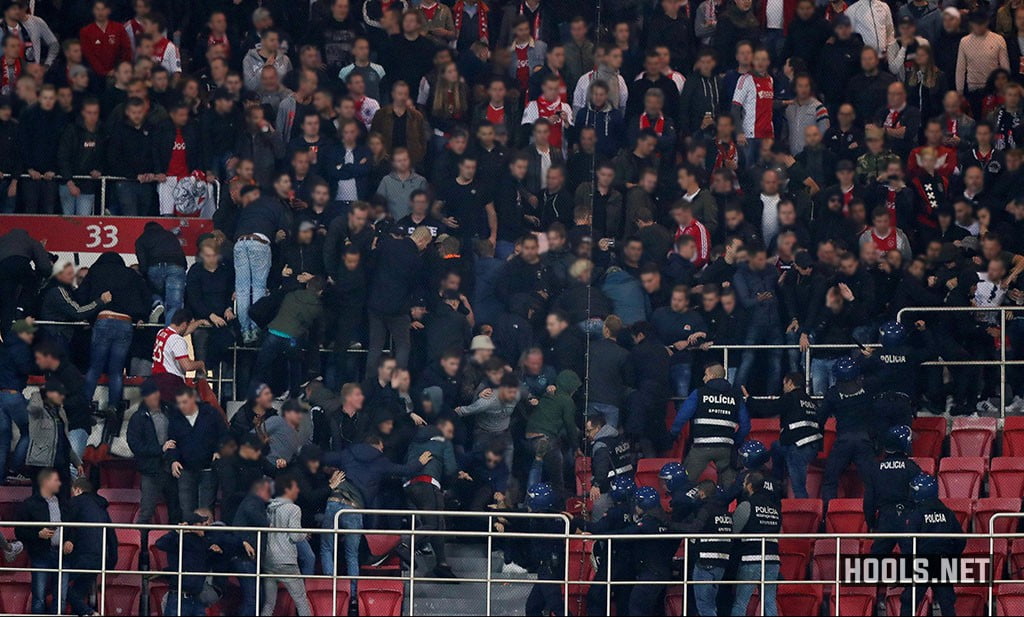 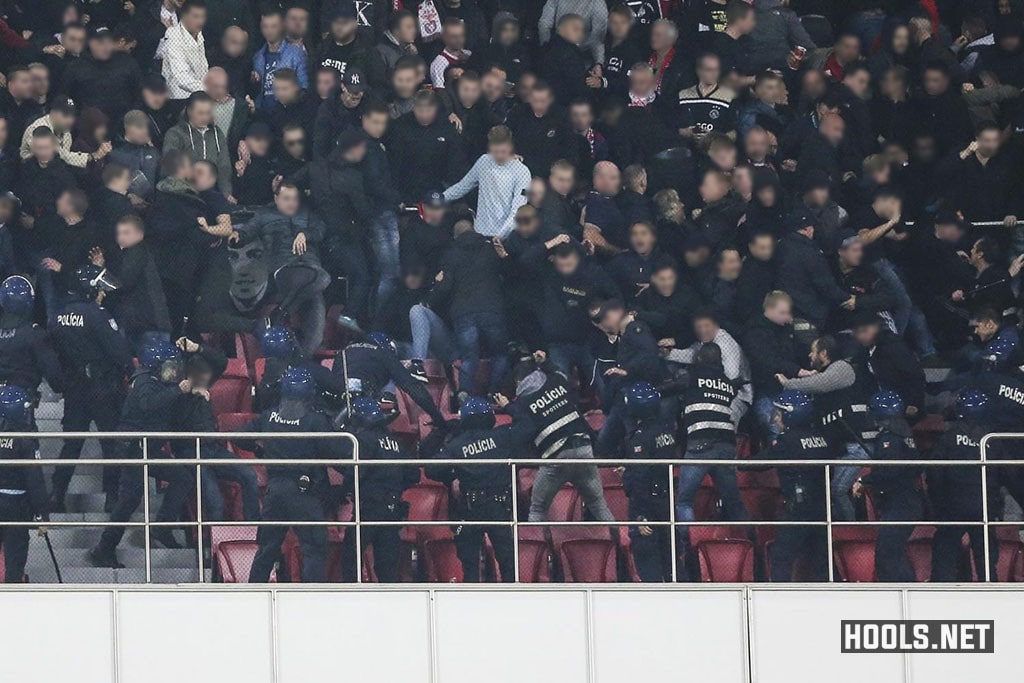 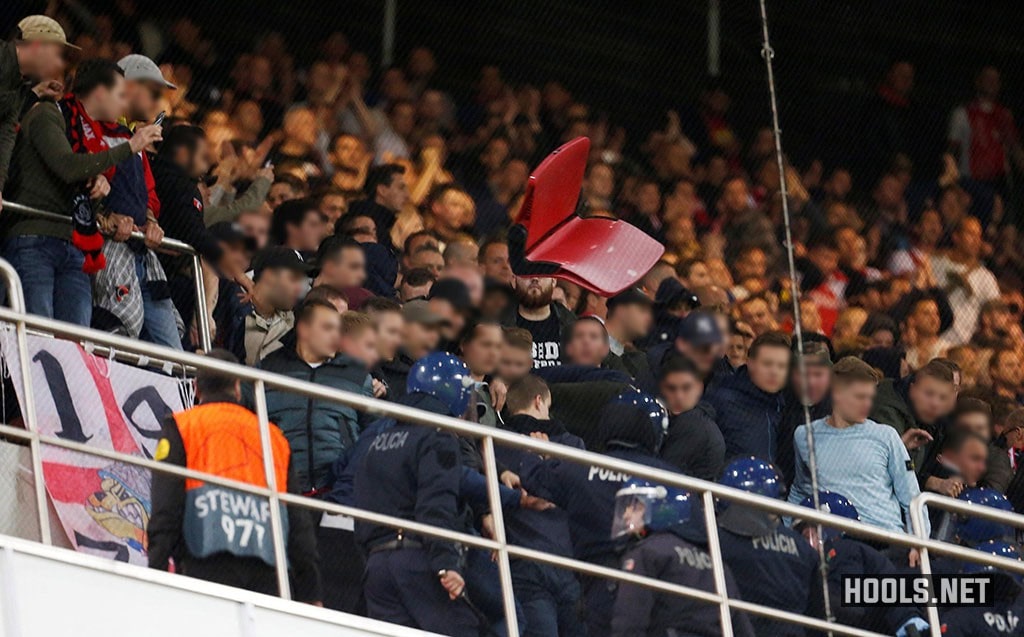 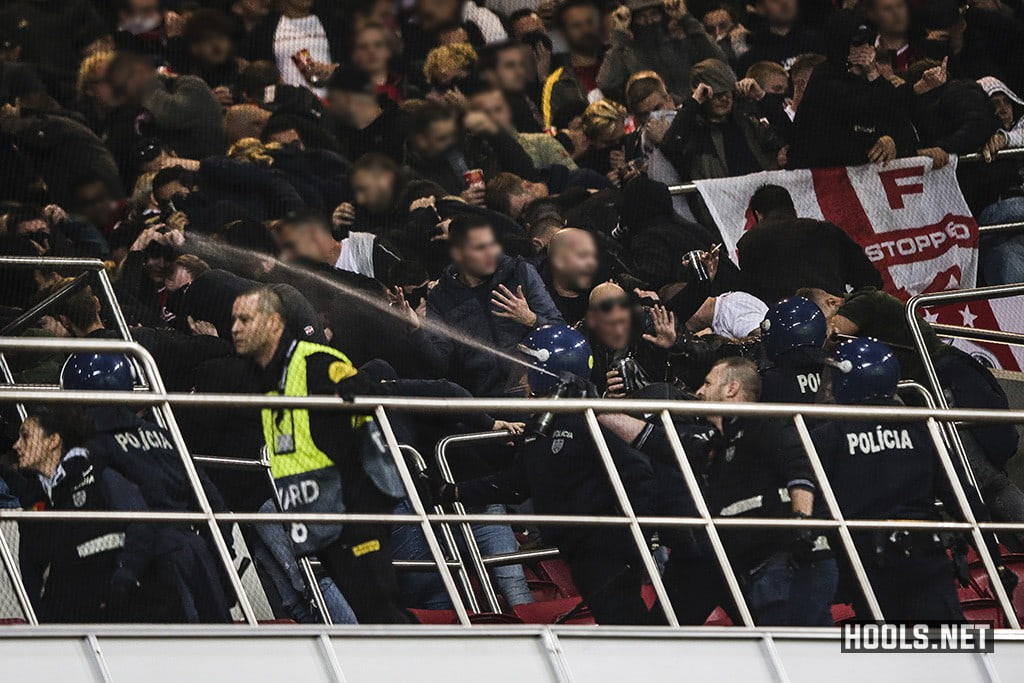 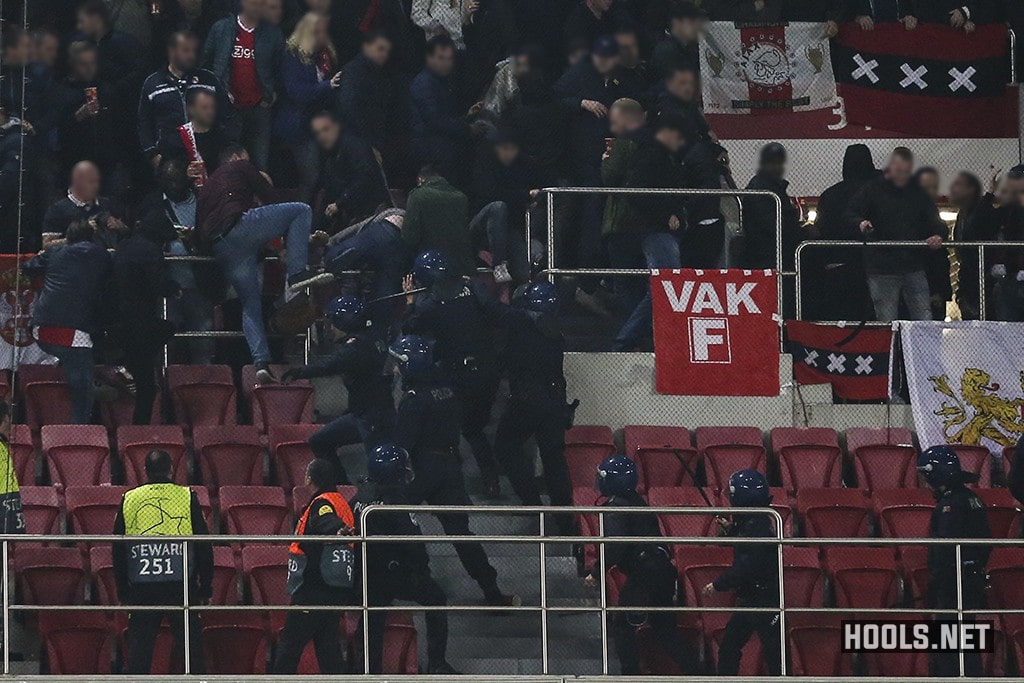 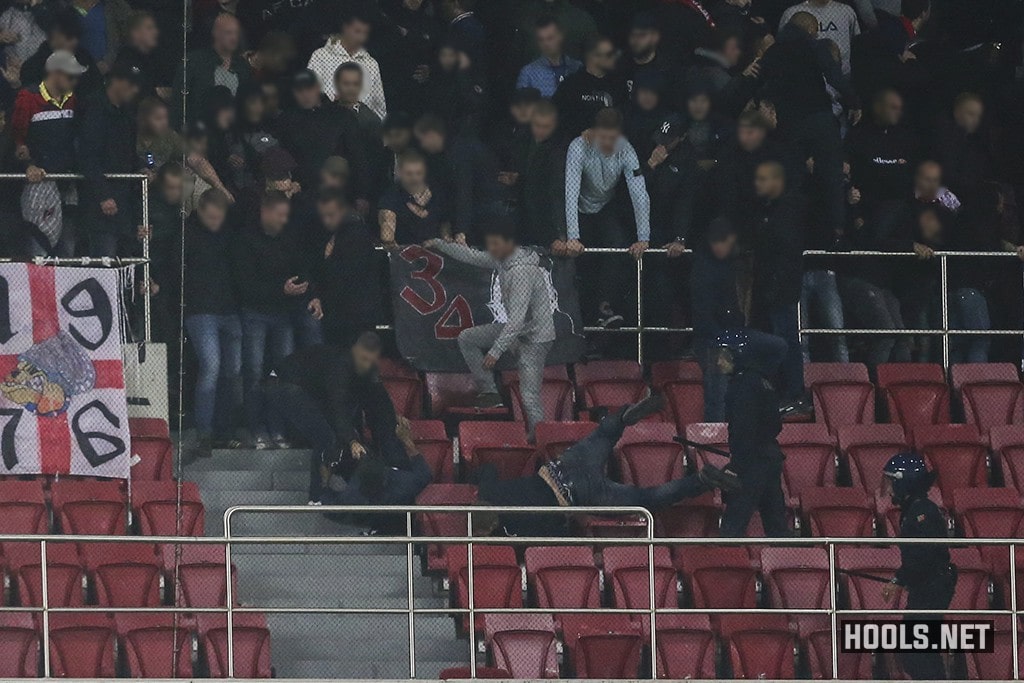