Athletic Bilbao fans clashed with police on the streets of Bilbao on Saturday ahead of their delayed 2020 Copa del Rey final against Real Sociedad.

The clashes occurred close to Athletic’s San Mames stadium, where hundreds of fans had gathered despite a ban on public gatherings under coronavirus restrictions.

The gathered fans built a makeshift barricade with rubbish bins and threw bottles and other missiles at riot police, who tried to disperse them. Several rubbish bins were also set alight.

There were no reports of arrests.

The final was played at an empty La Cartuja stadium in Seville a year later than scheduled because of the coronavirus pandemic. Real Sociedad beat their Basque rivals Athletic Bilbao 1-0, ending a 34-year wait for the Copa del Rey. 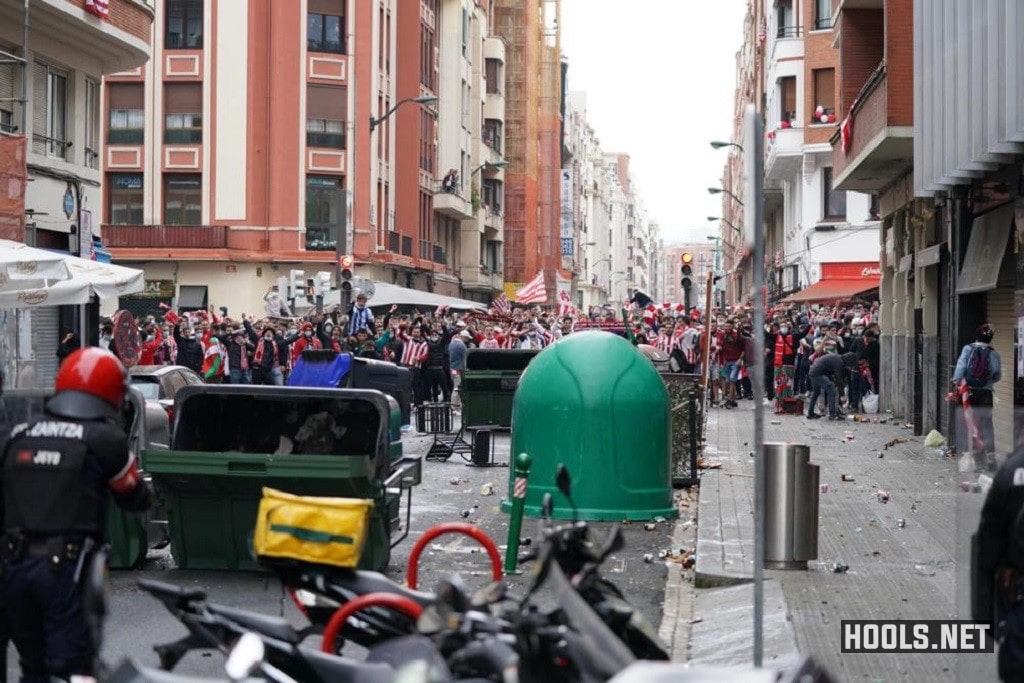 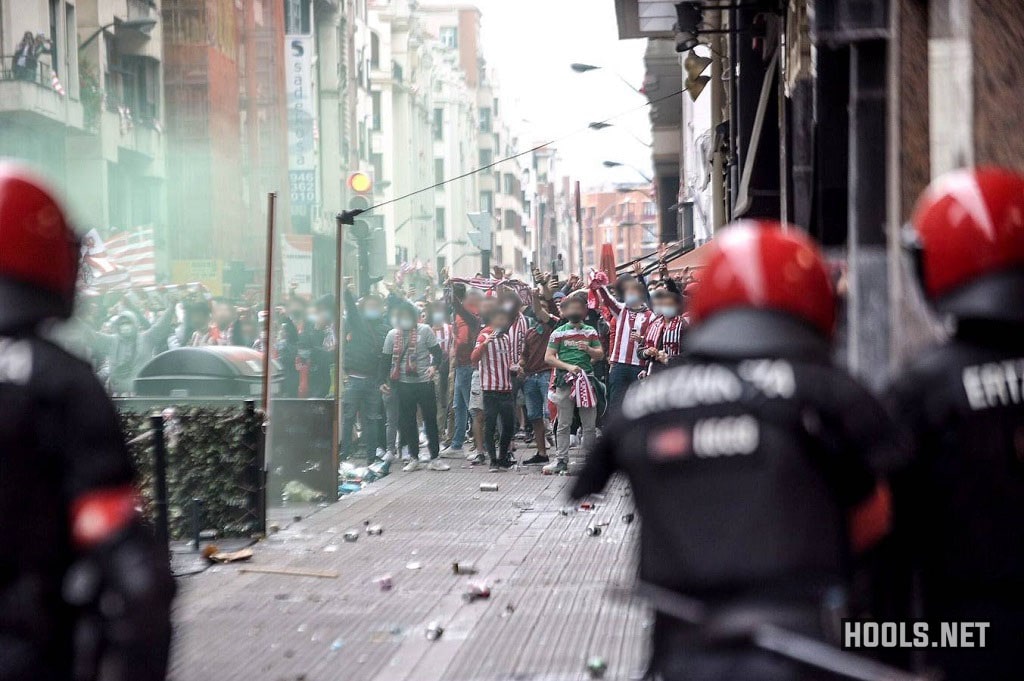 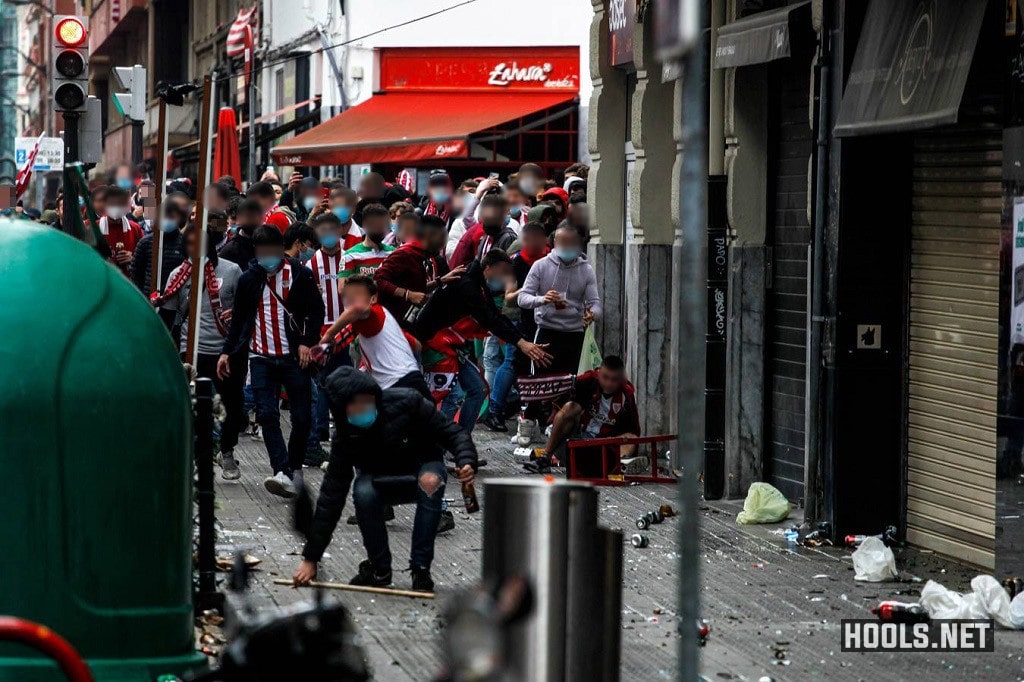 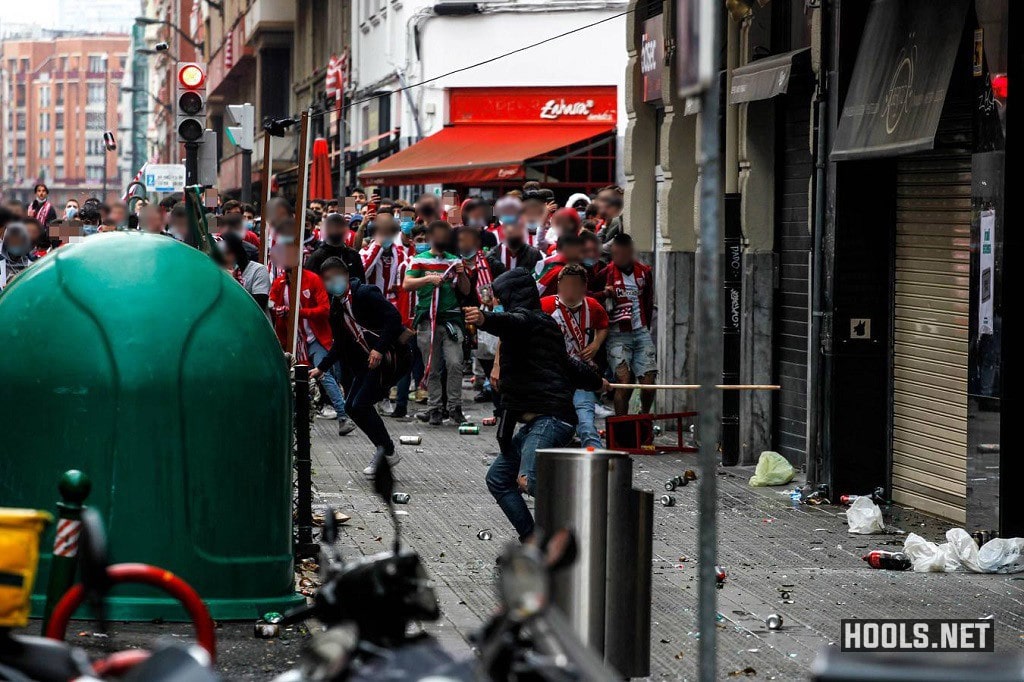 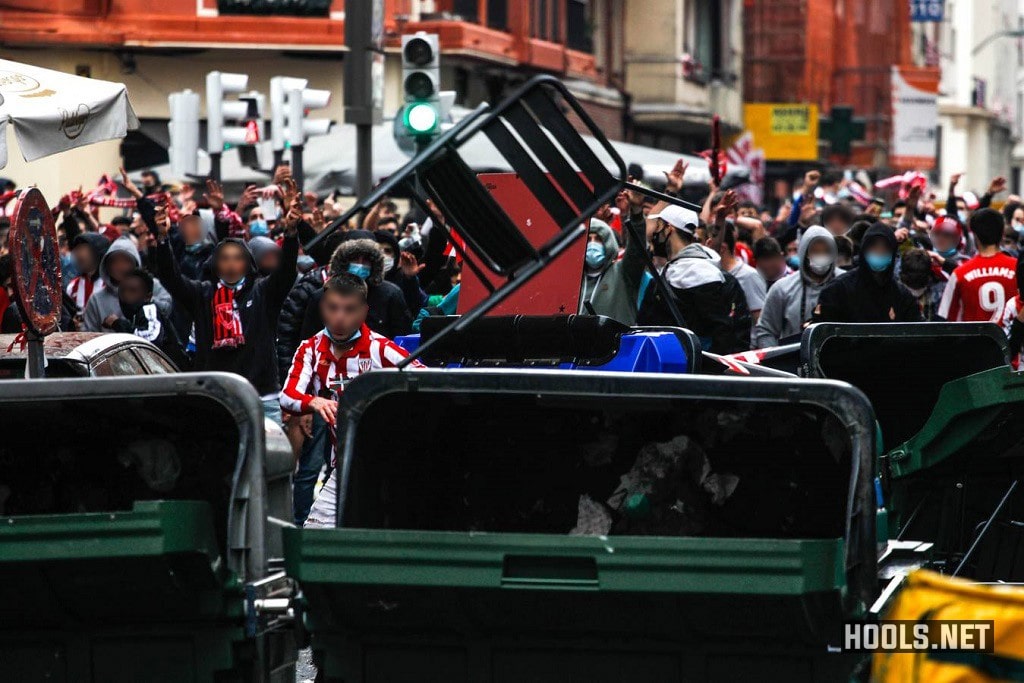 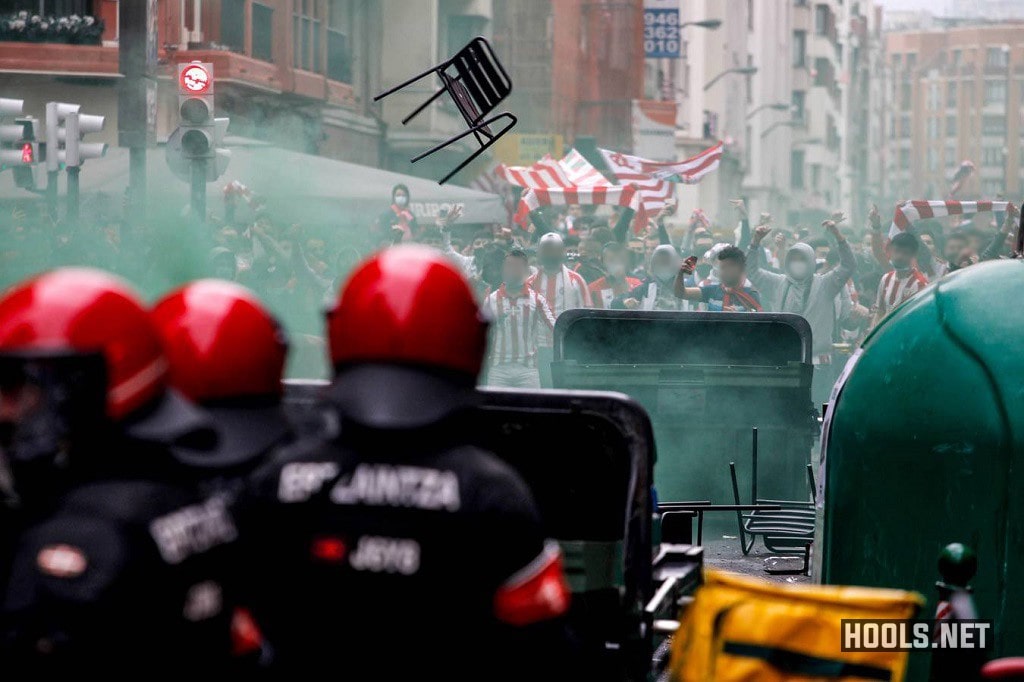 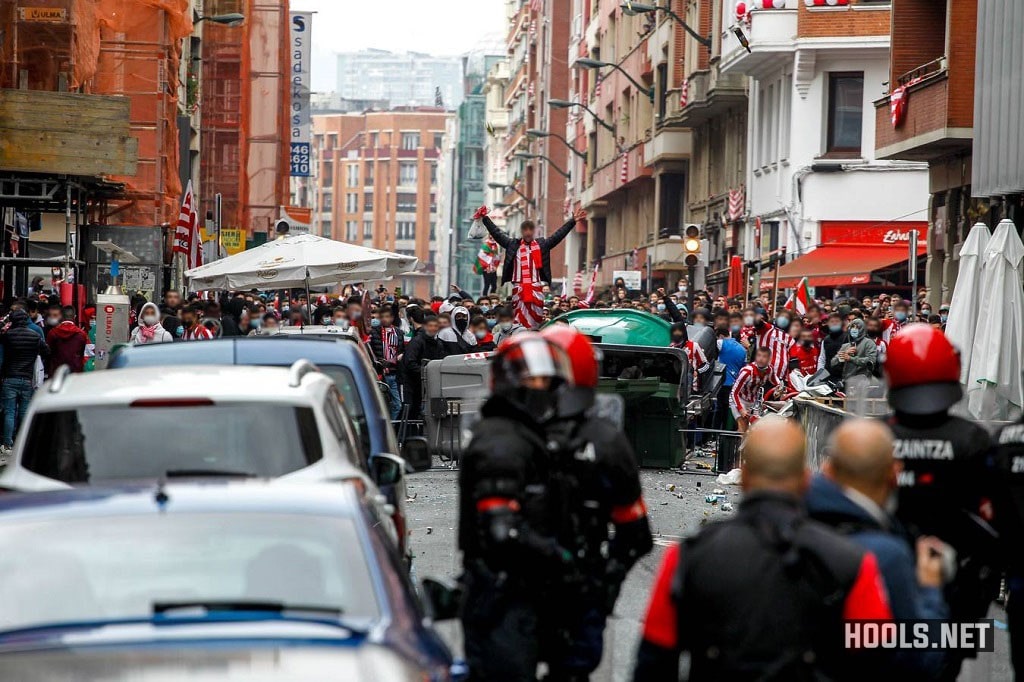 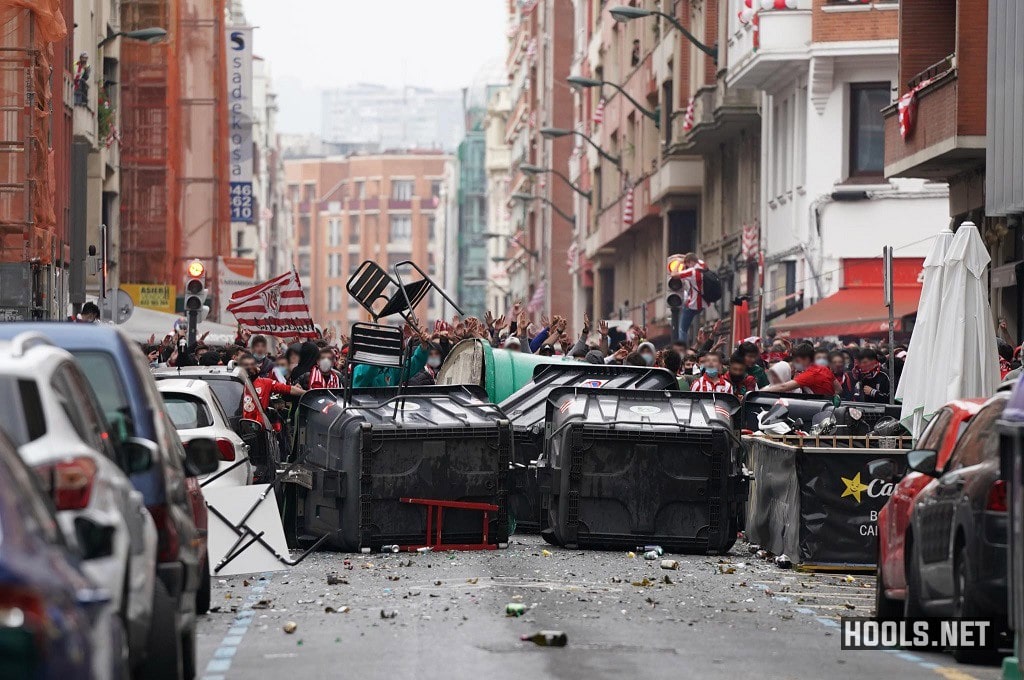 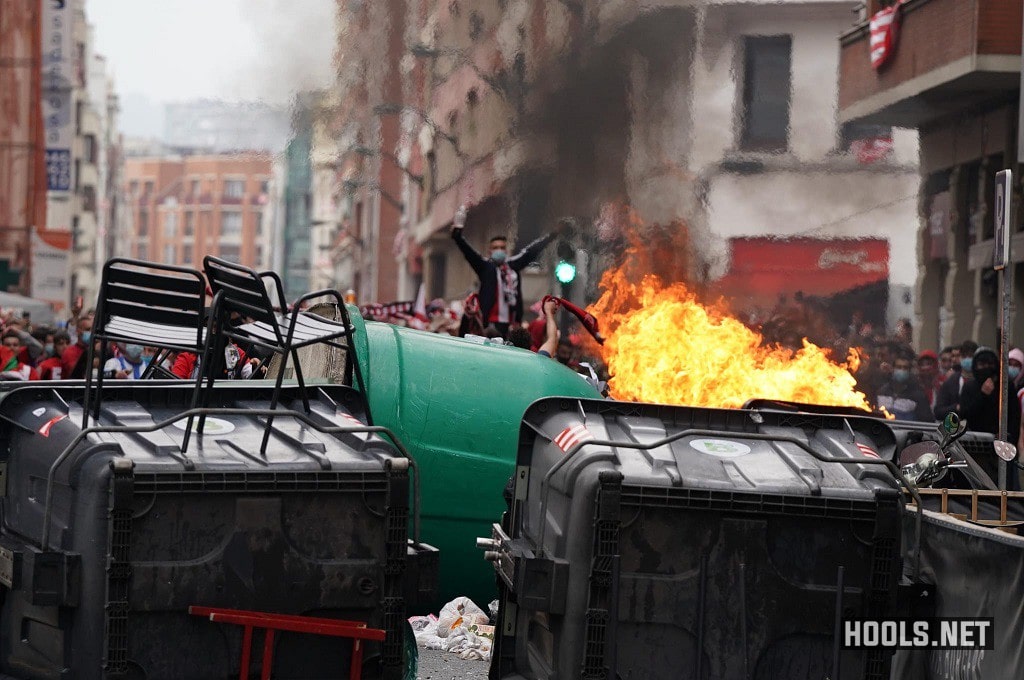 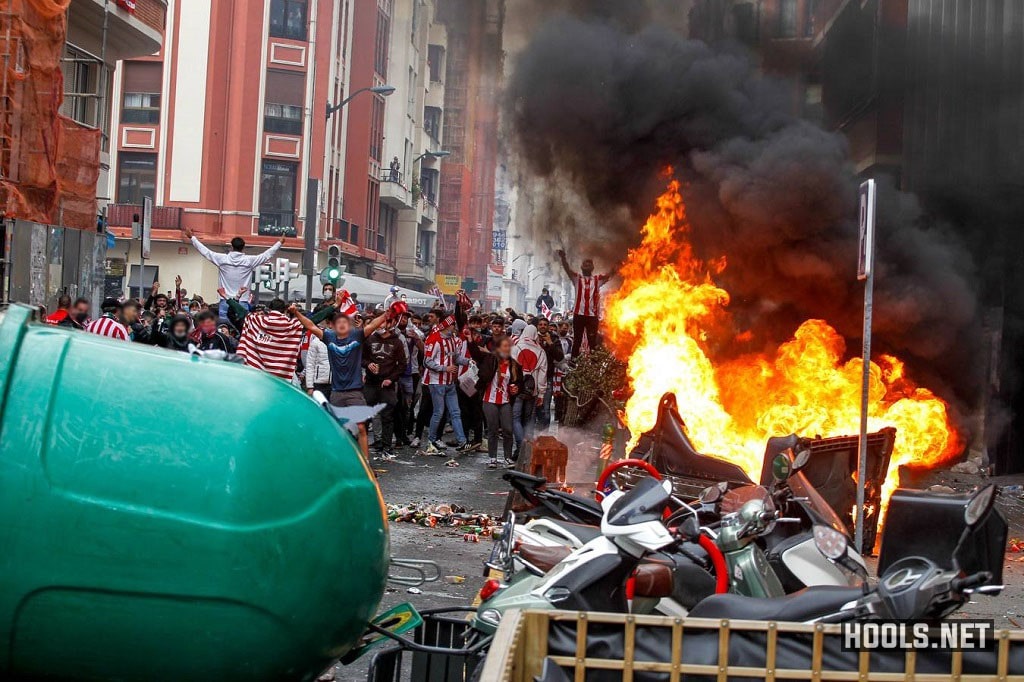