Atromitos and AEK fans clashed inside the Peristeri Stadium at the end of their Super League match on Sunday.

Shortly after the final whistle confirmed Atromitos’ 1-0 victory, fans from both sides invaded the running track around the pitch and began fighting.

The fighting lasted for about two minutes before riot cops intervened.

Three AEK fans were arrested and one Atromitos fan was taken to hospital with a stab wound. 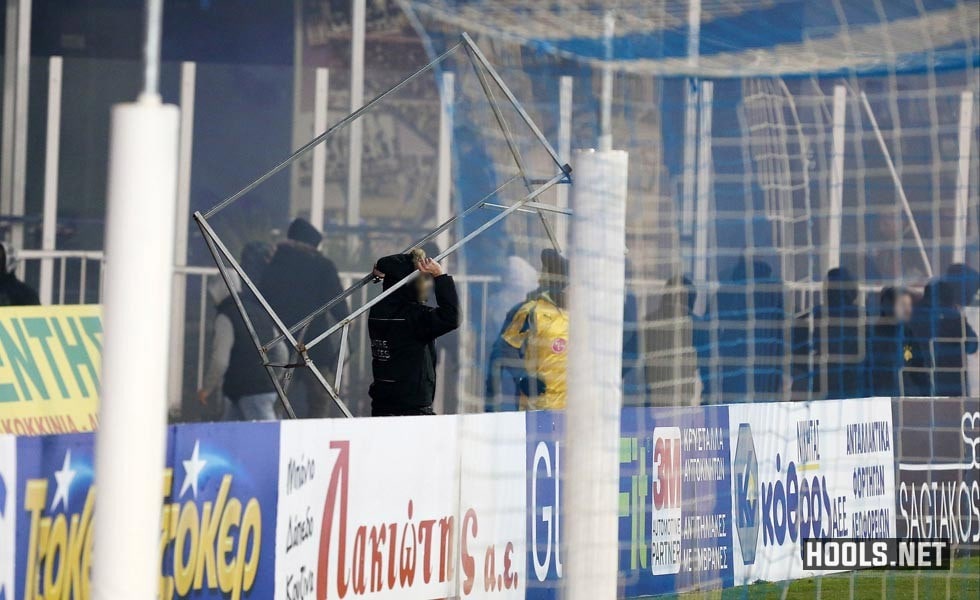 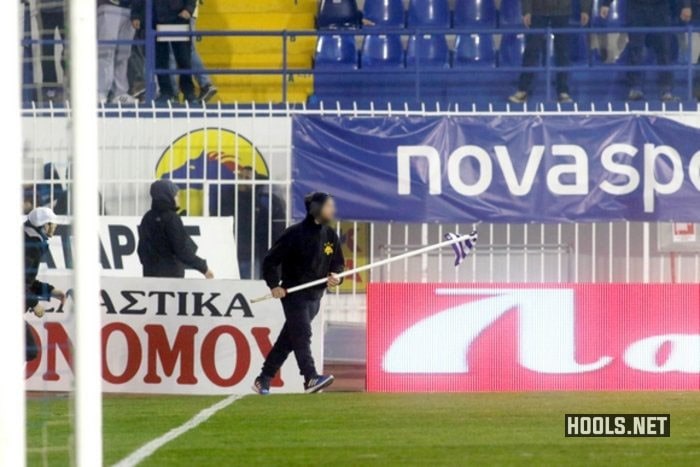 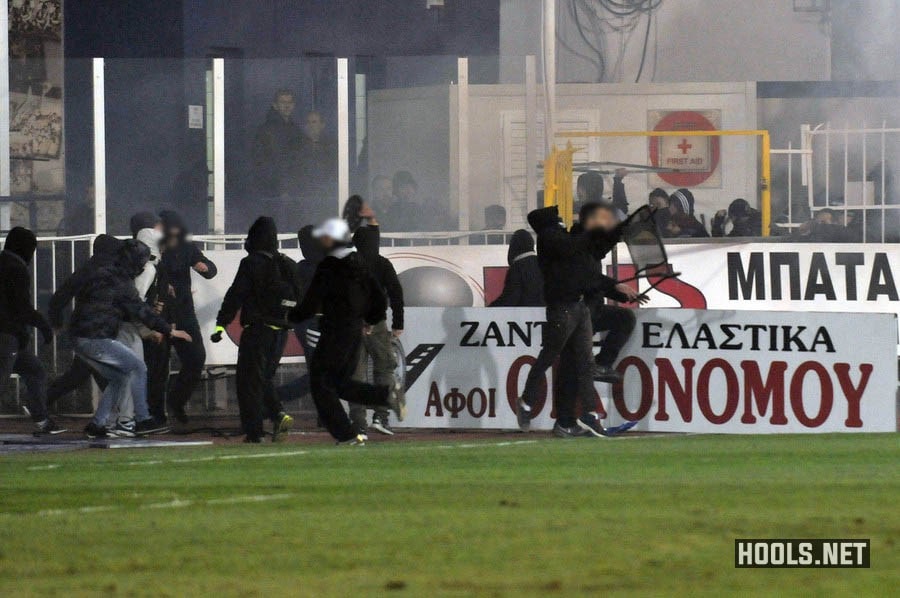 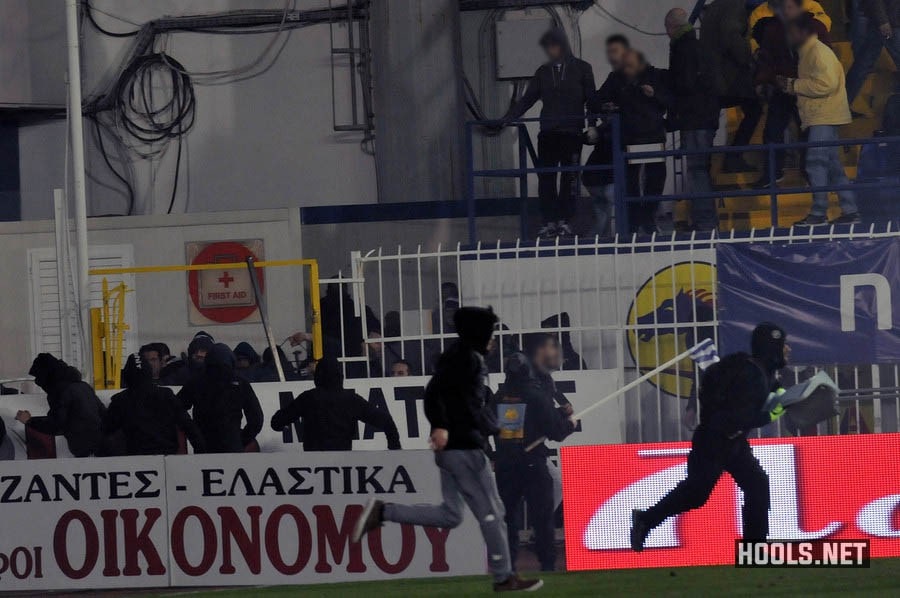 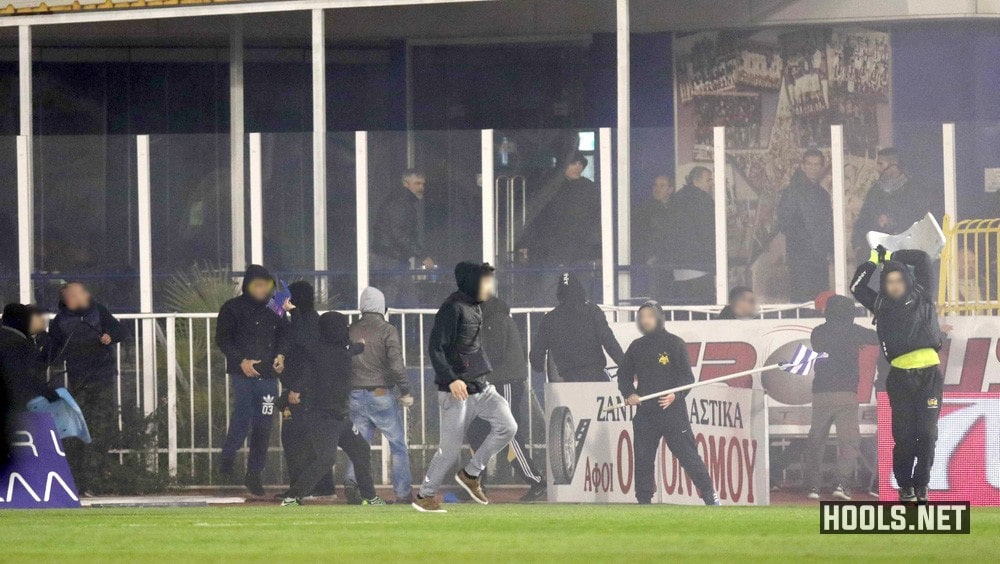 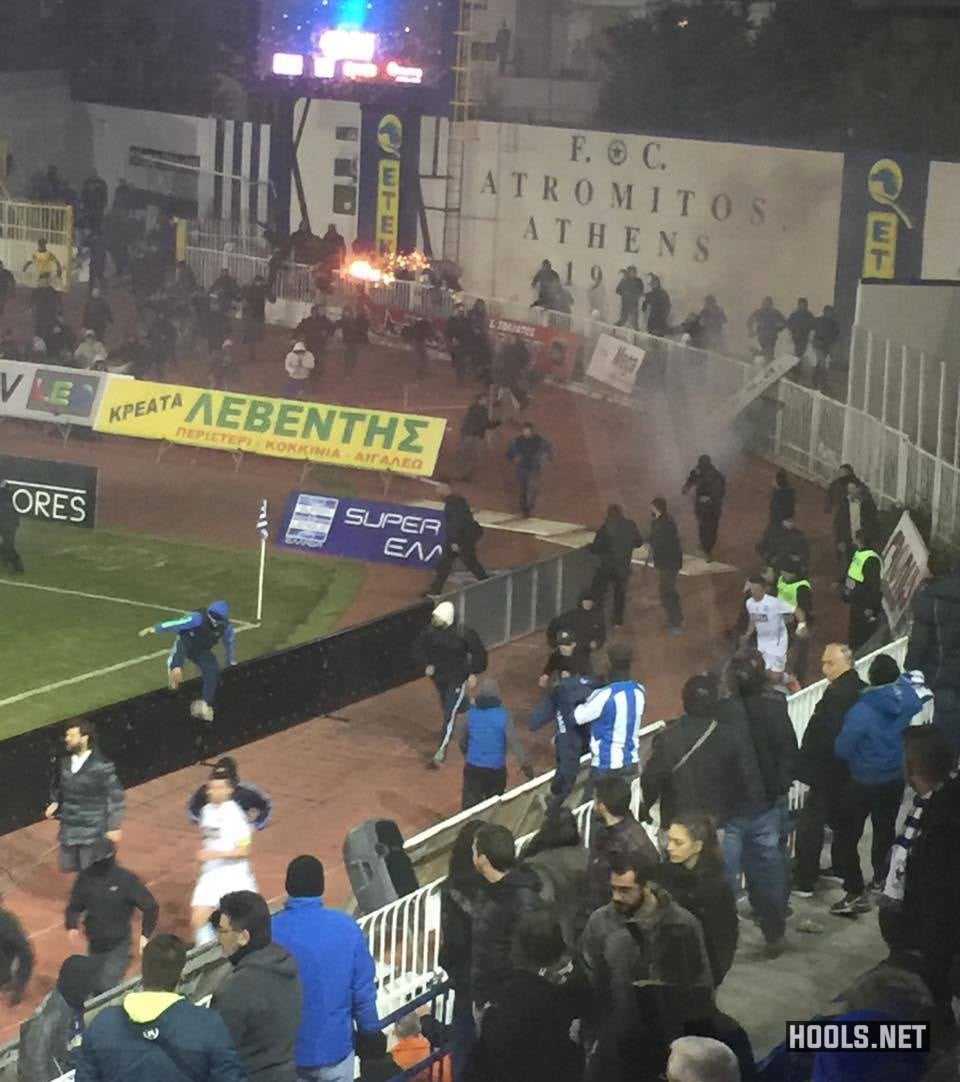 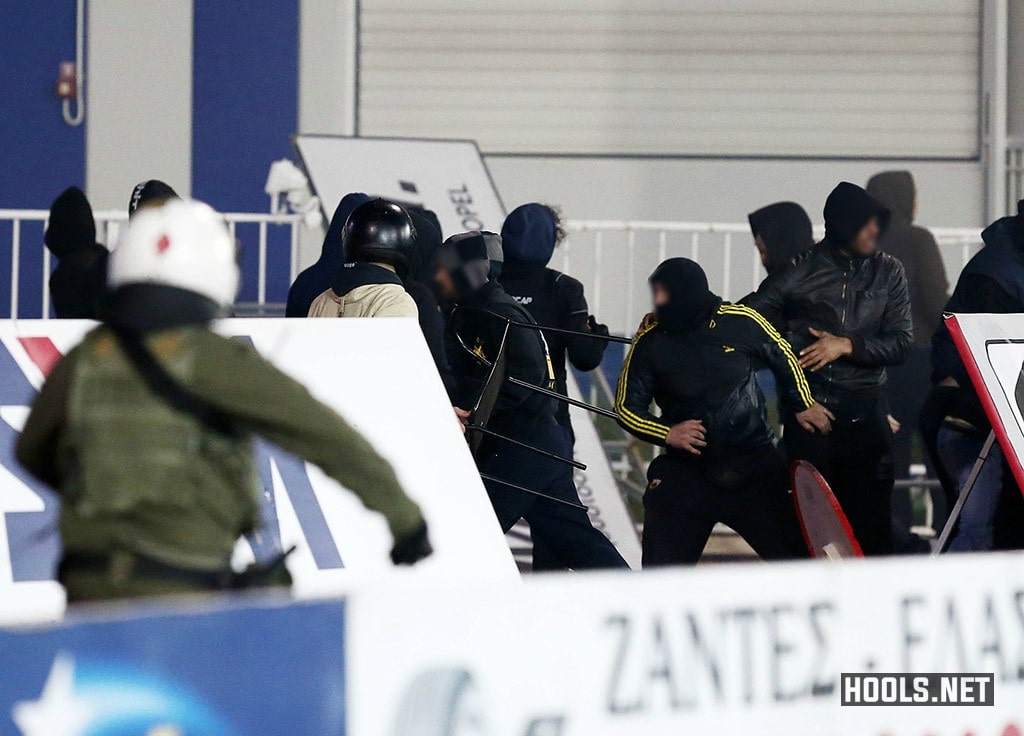 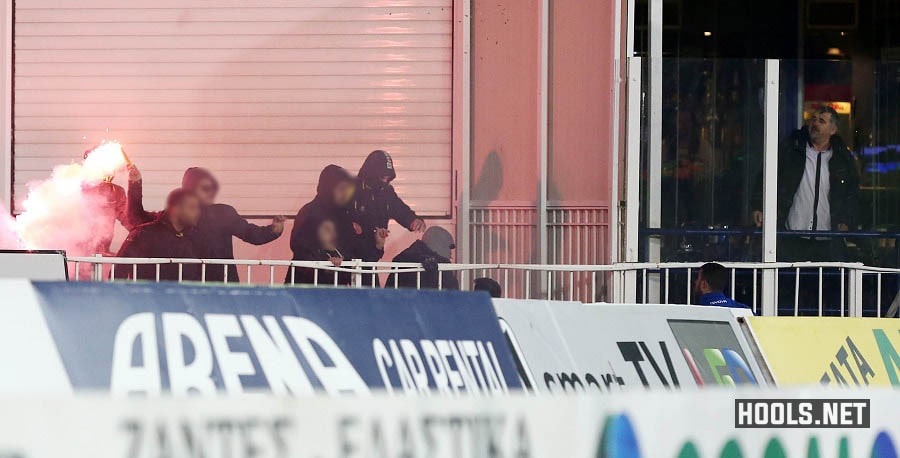 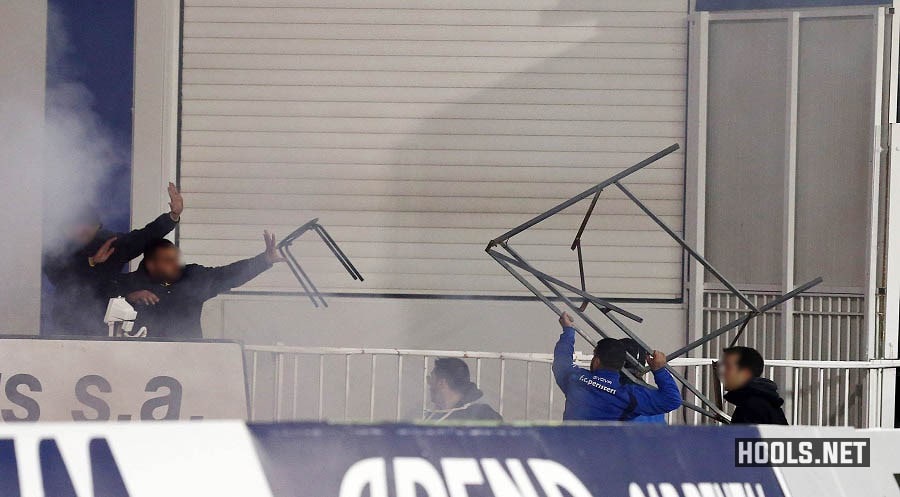 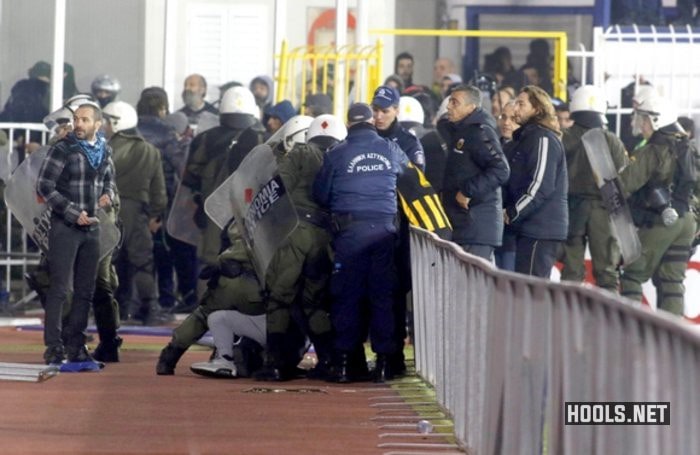 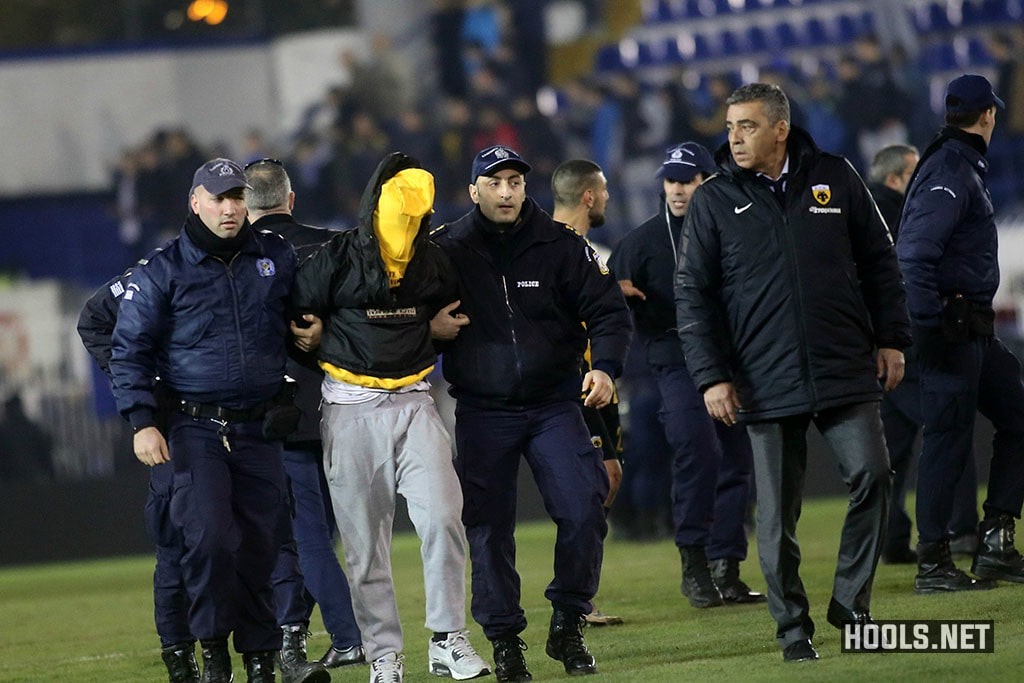