Brazil fans fought each other in the stands of Belo Horizonte’s Mineirao stadium during Tuesday’s World Cup qualifying match against Paraguay.

A group of supporters were seen trading punches and throwing seats at each other during the first-half of the match.

The fight was reportedly between Atletico Mineiro and Cruzeiro fans.

At least 21 people were arrested and two injured. 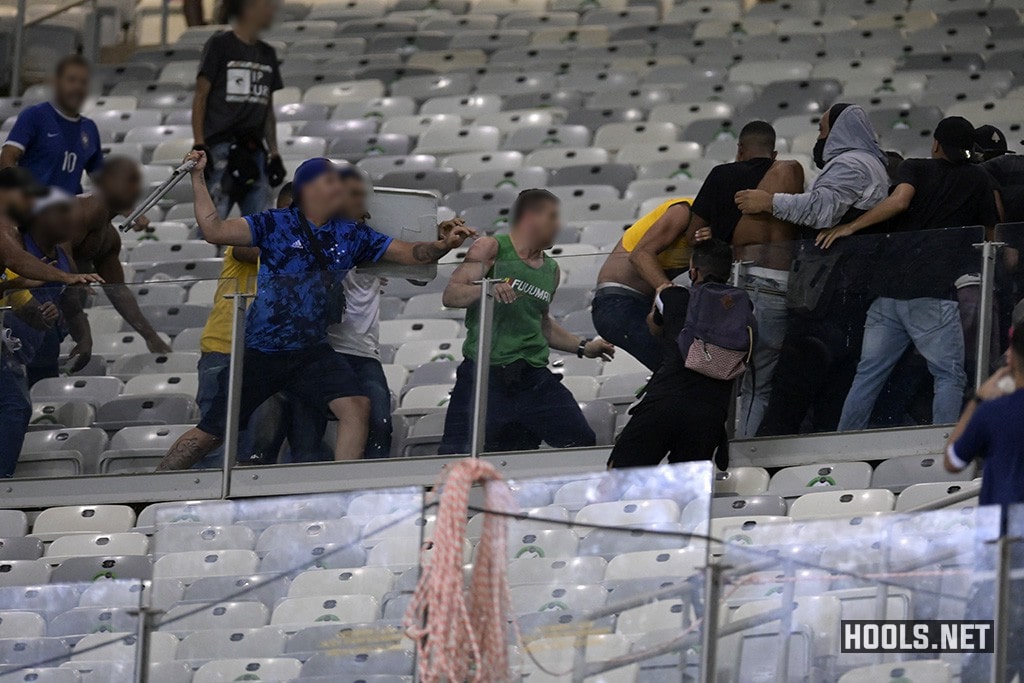 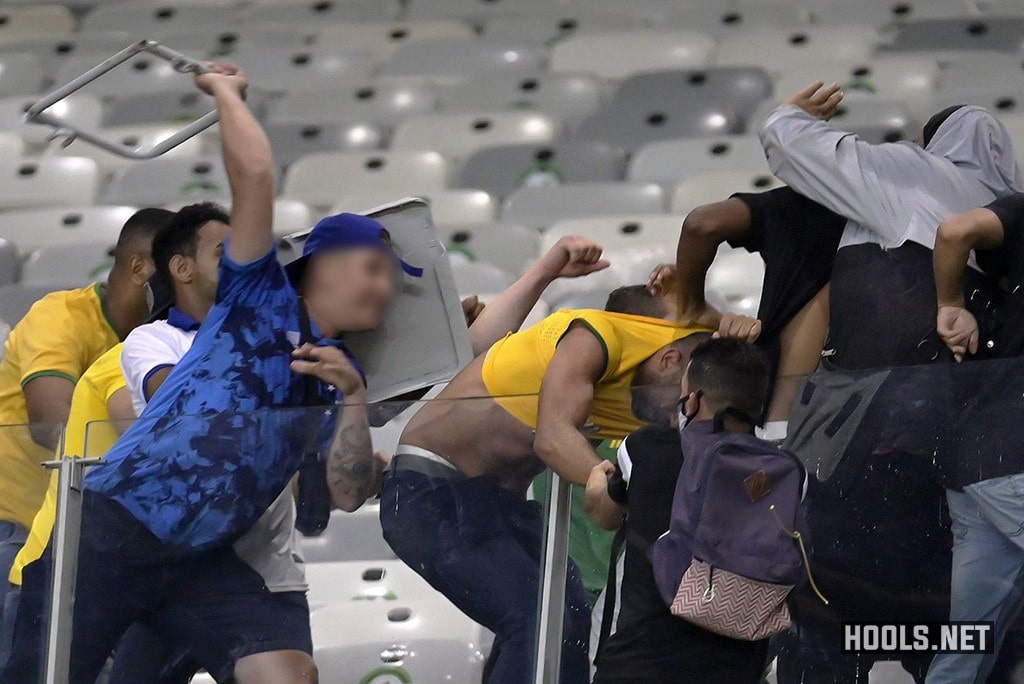 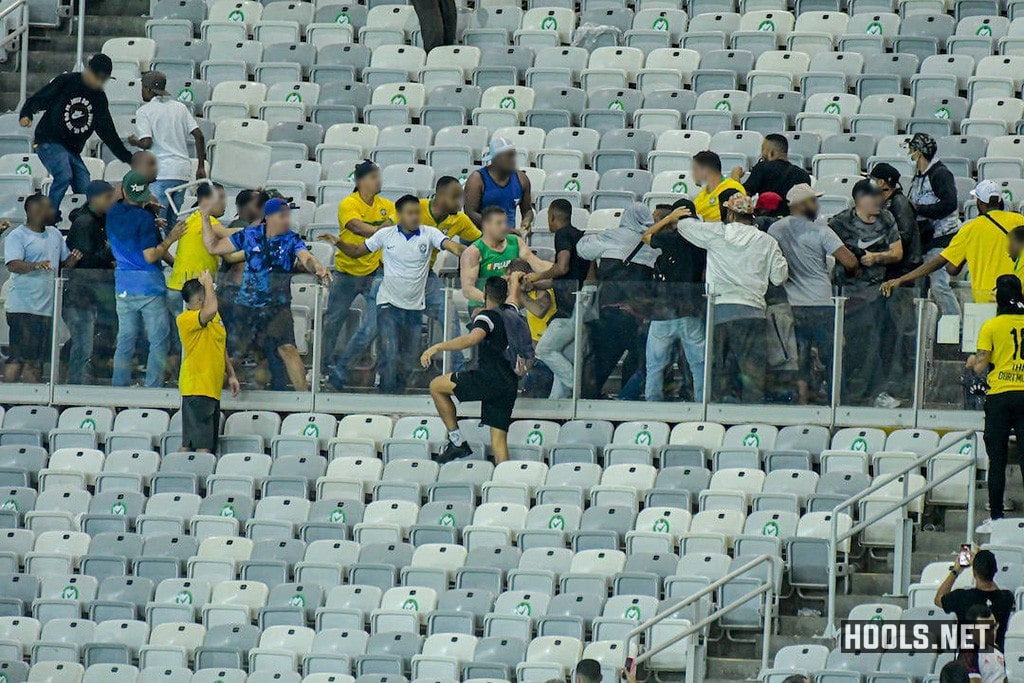 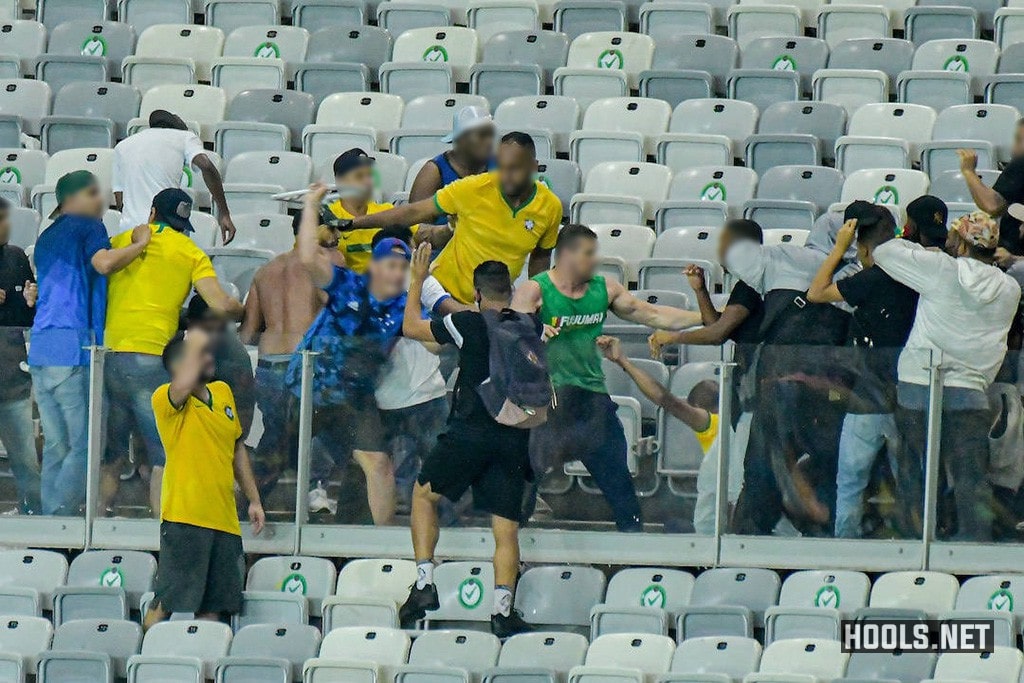 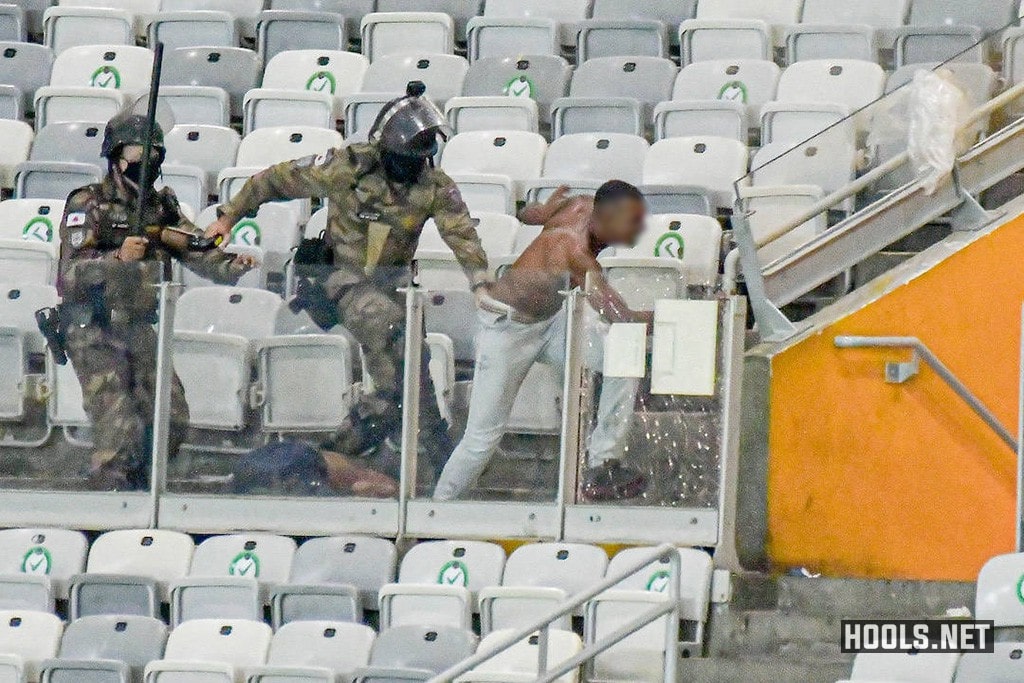 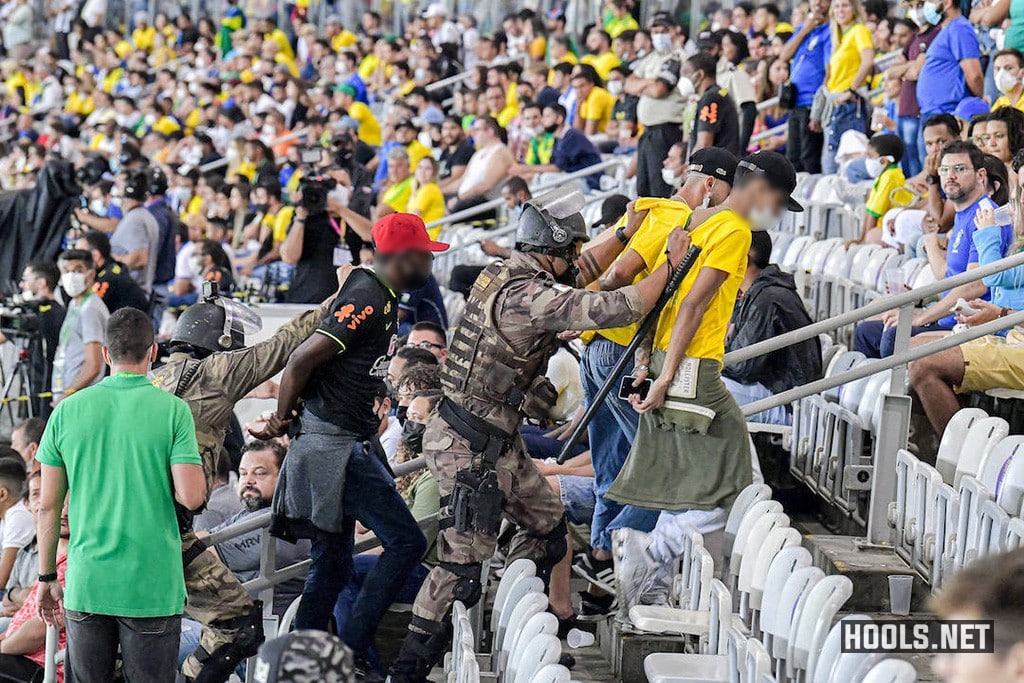 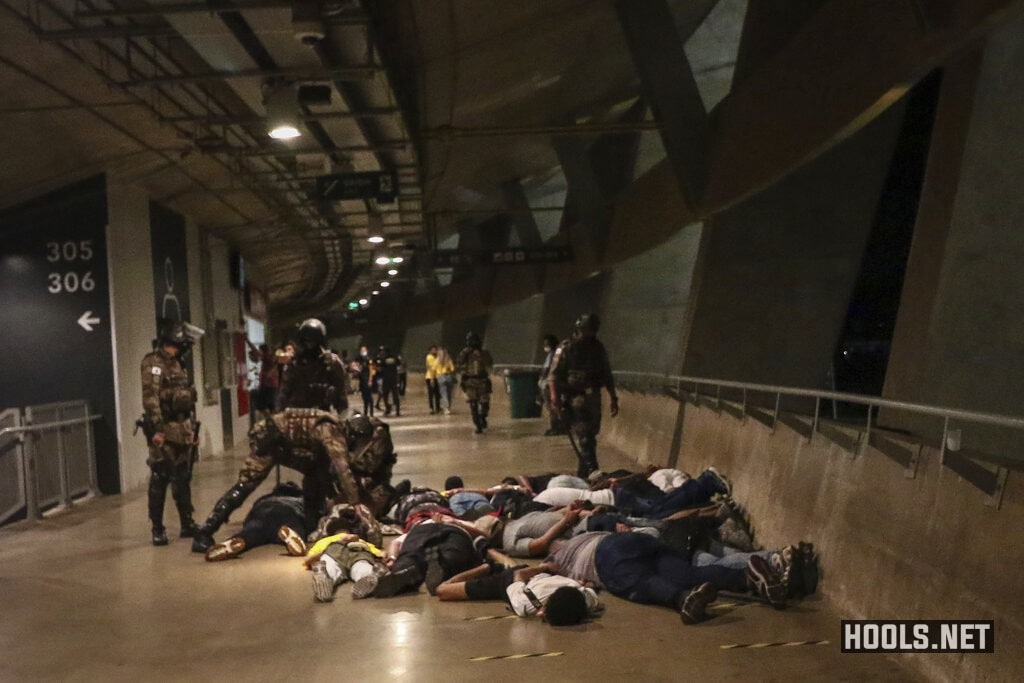