Hungary fans clashed with police at Wembley during their side’s World Cup 2022 qualifying match against England on Tuesday evening.

A group of Hungary fans, including a number of hooligans from Poland, were filmed fighting police in the away end shortly after the start of the match.

The fighting broke out after cops entered the Hungarian end of the stadium to arrest one person for allegedly racially abusing a steward.

Some cops could be seen hitting Hungarian supporters with batons during the skirmish.

The cops were eventually forced to retreat back into the entrance to the concourses as punches and kicks rained on them. 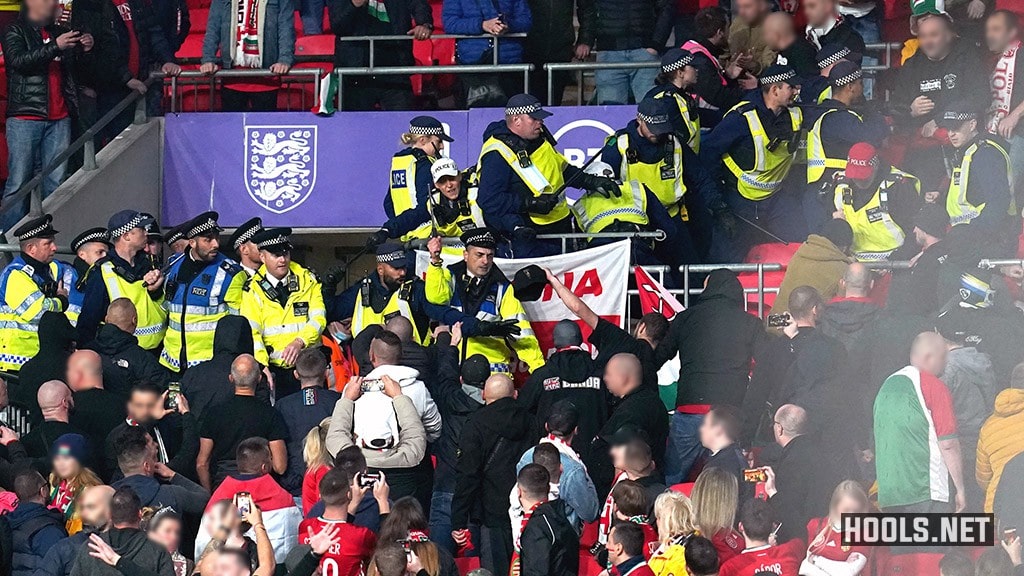 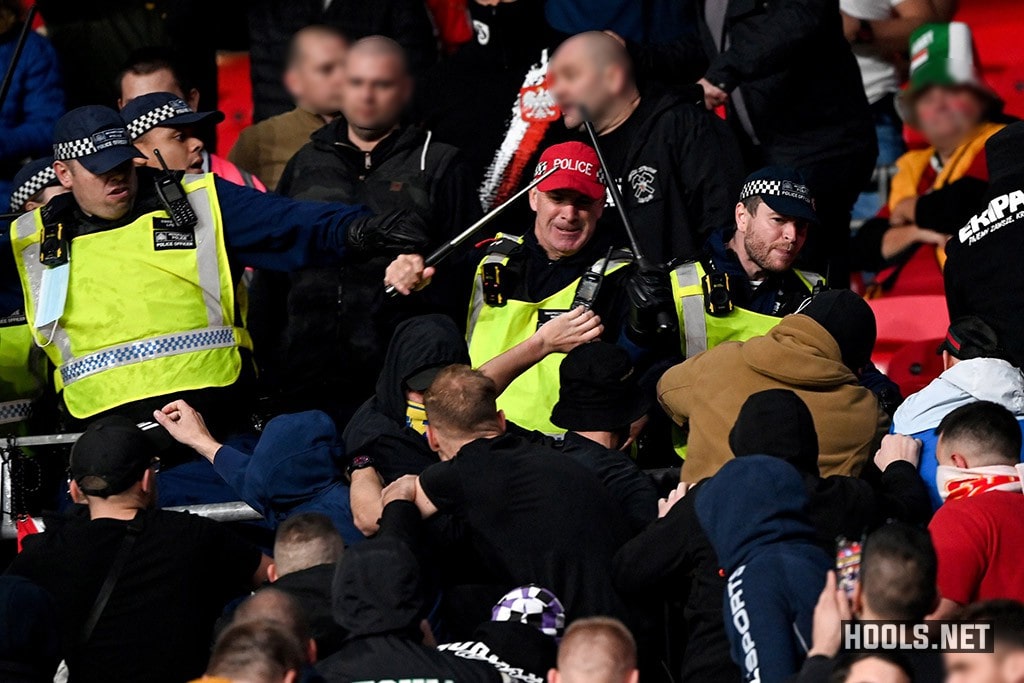 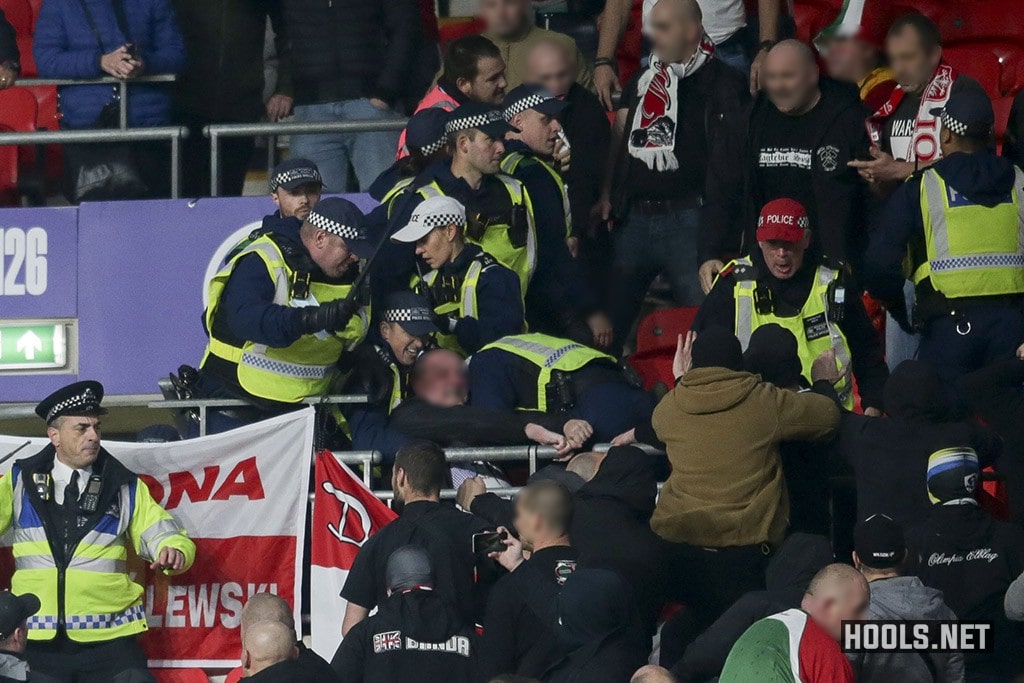 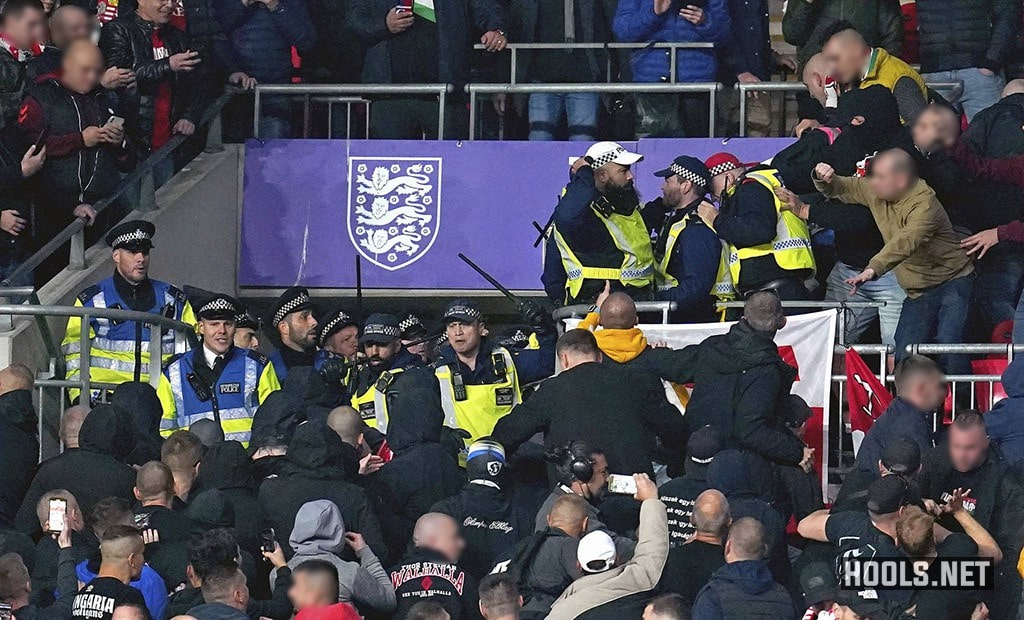 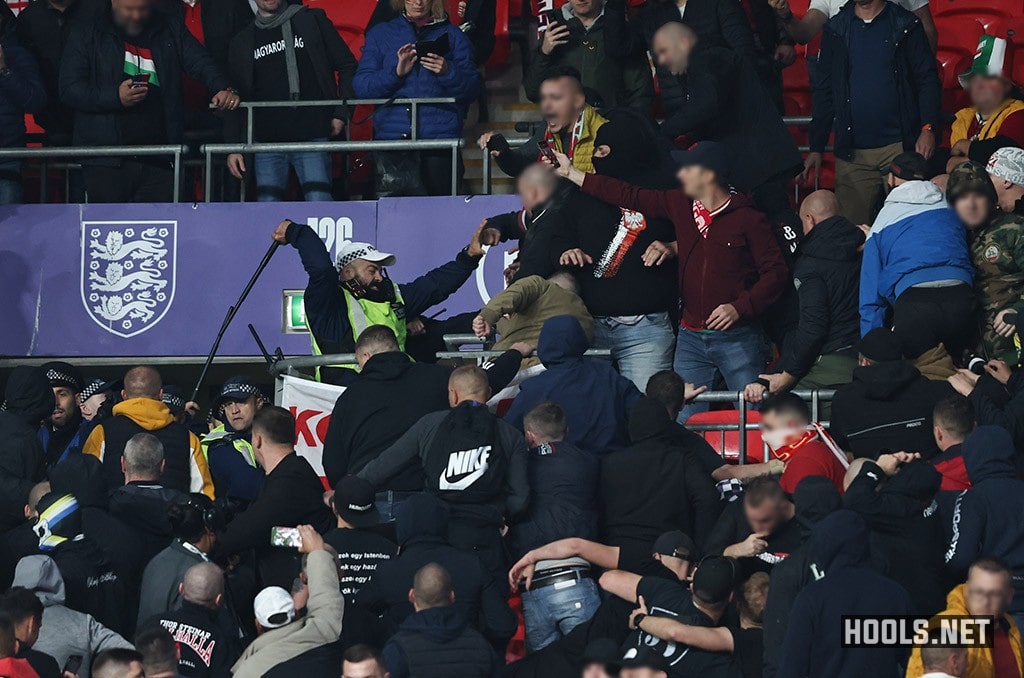 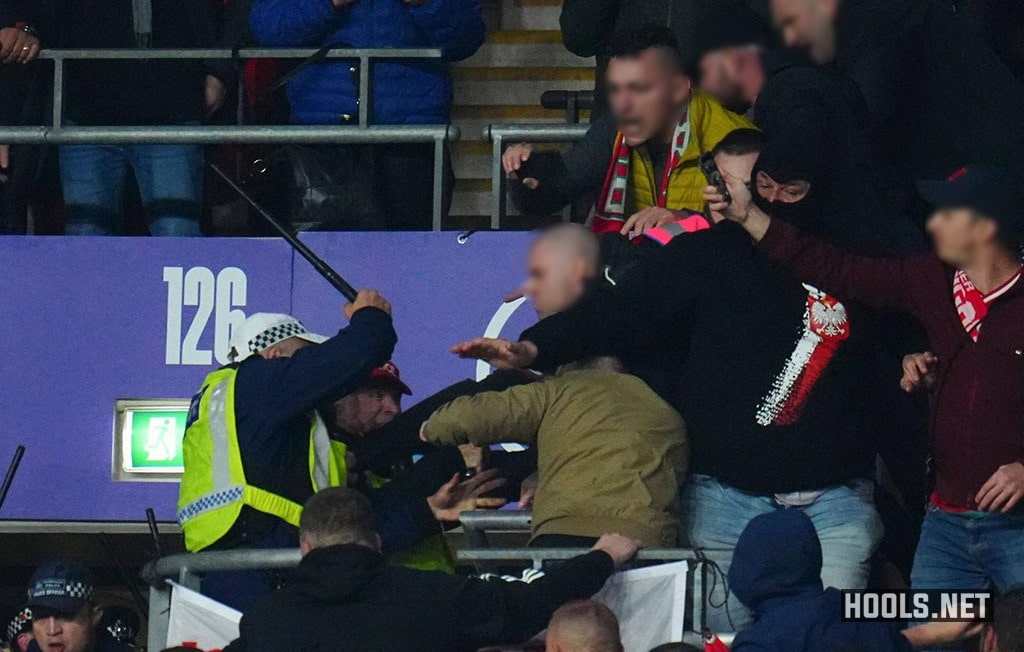 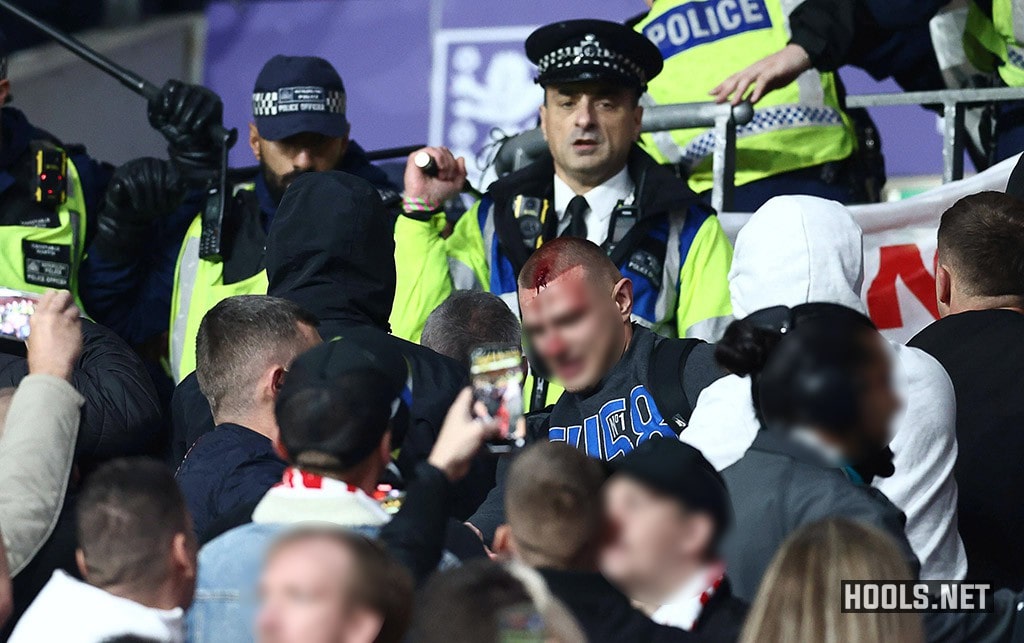