Celtic fans were attacked outside a pub in Rome ahead of their side’s Europa League meeting against Lazio on Thursday night.

It is thought they were attacked by Lazio hooligans.

The attack happened outside the Flann O’Brien pub on Via Nazionale at around 11.30pm local time on Wednesday.

Two Celtic fans were taken to hospital after being stabbed but their injuries are not life-threatening.

A group of Celtic fans were also targeted at the Baccanale bar in the Trastevere area.

About 15 hooded hools threw chairs at the pub’s locked door in a bid to get inside. However, the pub’s staff were able to close metal shutters to protect the fans inside. 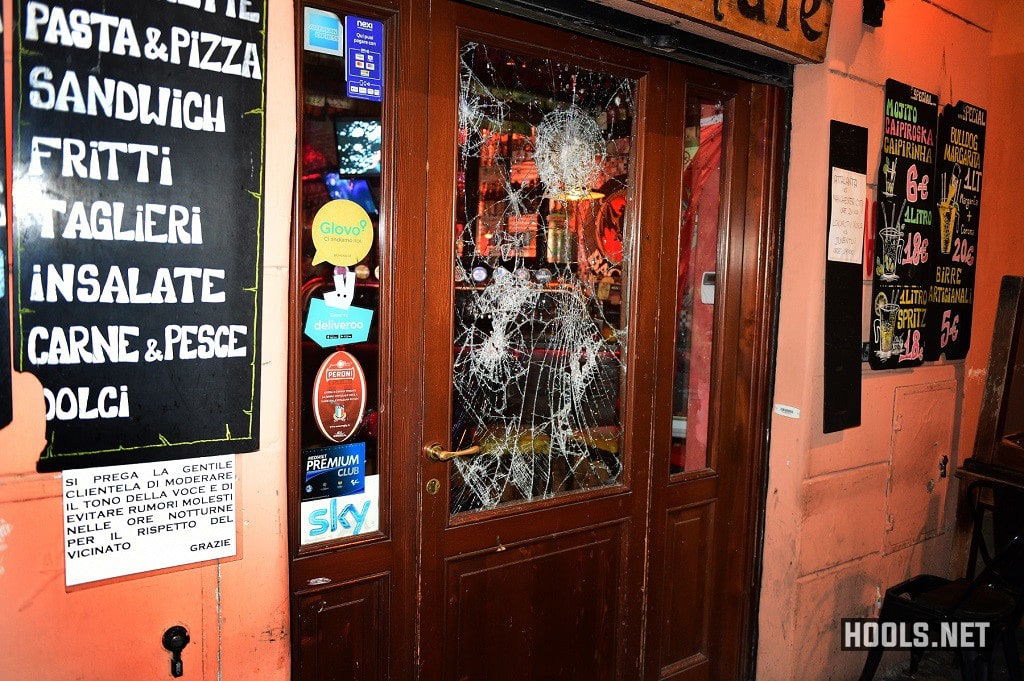