Gama and Brasiliense fans clashed on the pitch during Sunday’s match at the Bezerrao Stadium in the city of Gama.

Play was stopped in the 85th minute with the score at 1-1 when a touchline melee involving opposing players and coaching staff broke out.

Supporters of both sides soon spilled onto the pitch and waged their own war. They were punching and kicking each other as they viciously battled over a giant flag that had been stolen from a section of the ground containing Brasiliense fans.

The referee was forced to end the game and riot police intervened with tear gas. 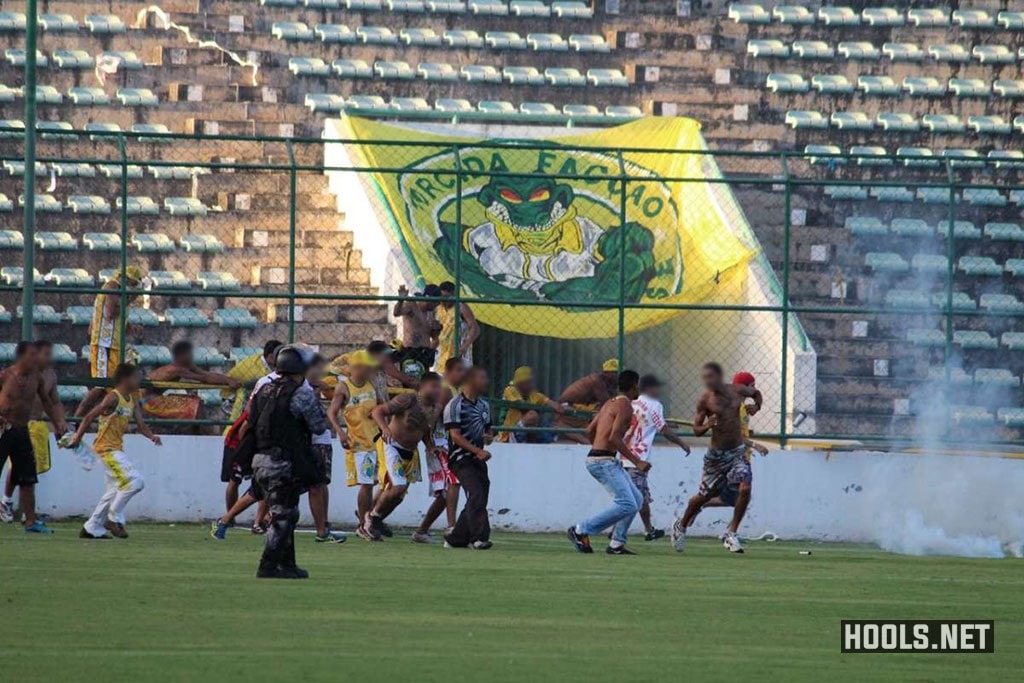 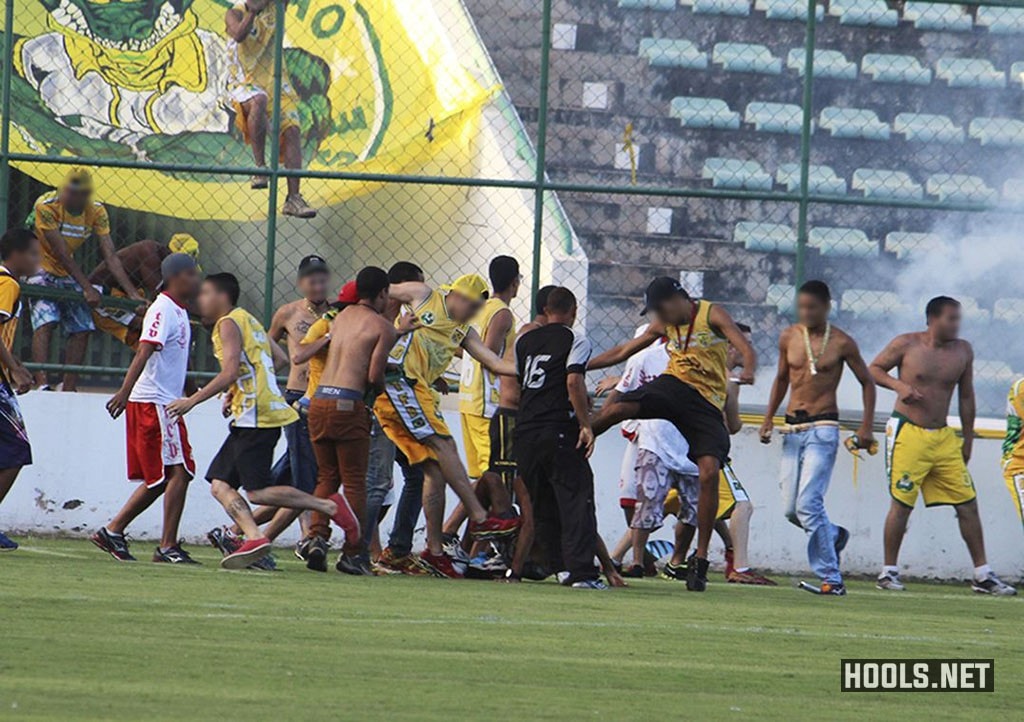 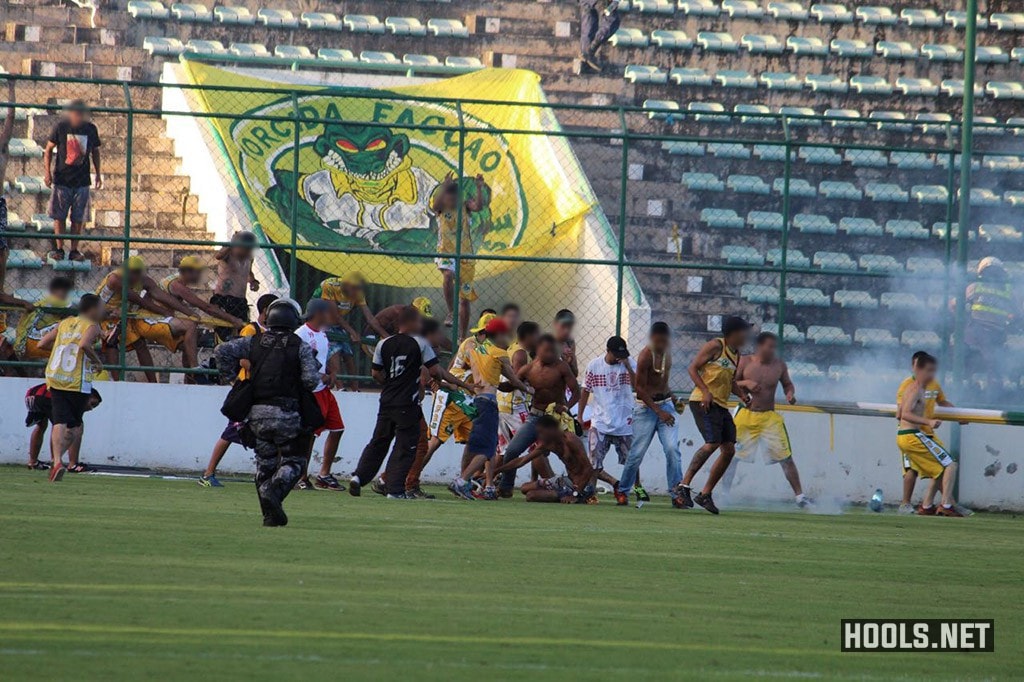 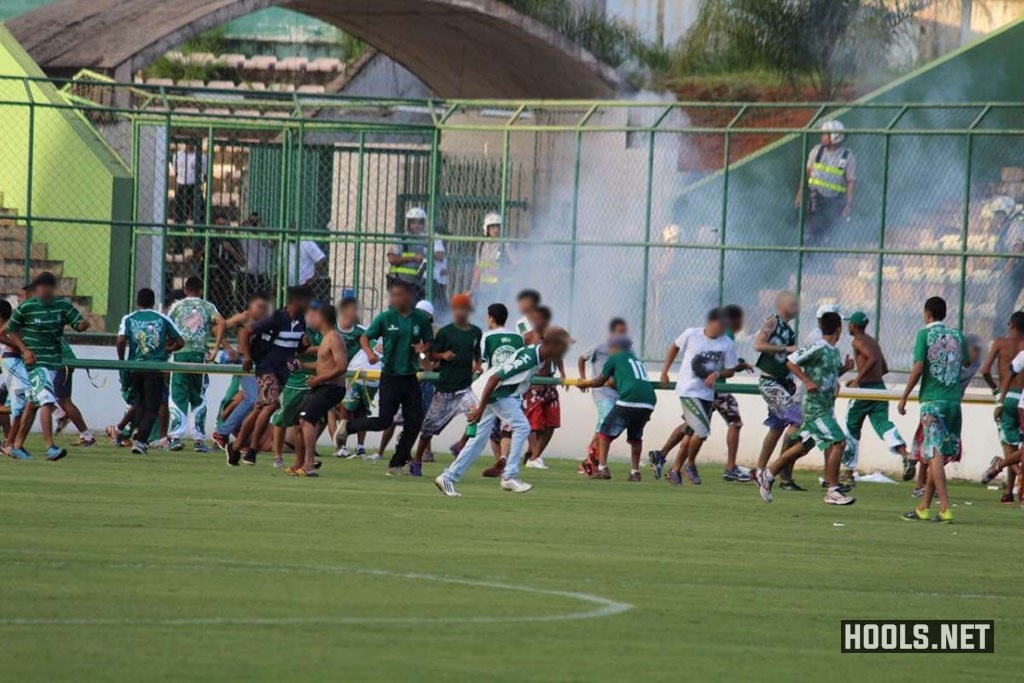 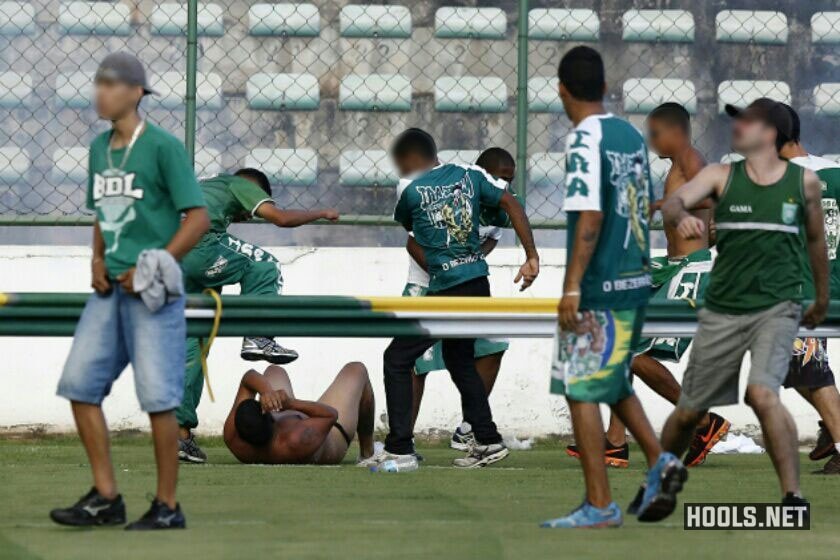 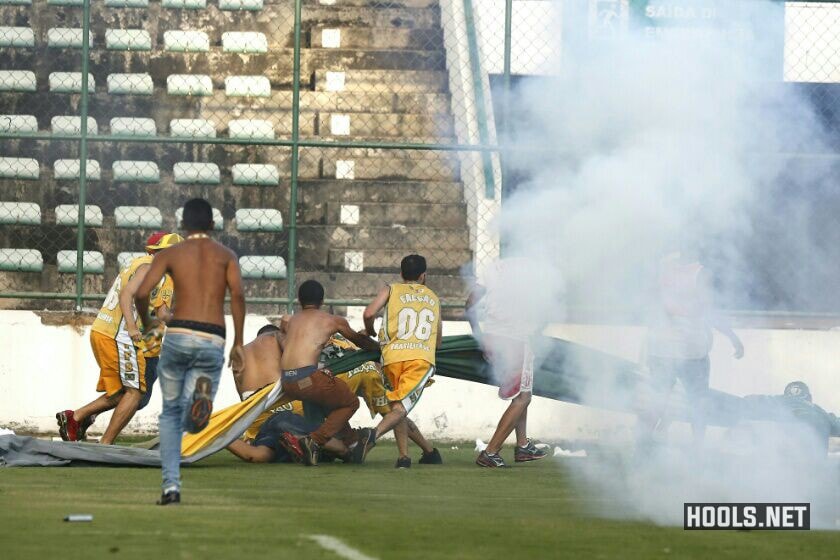 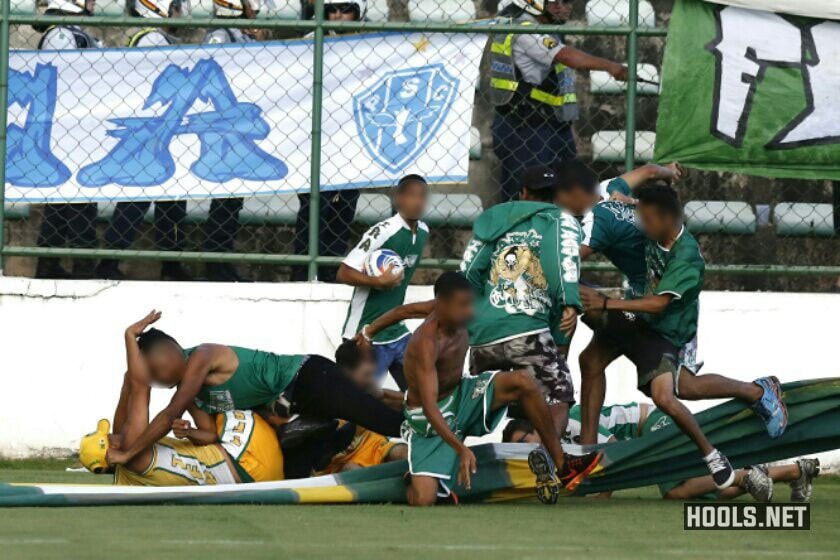 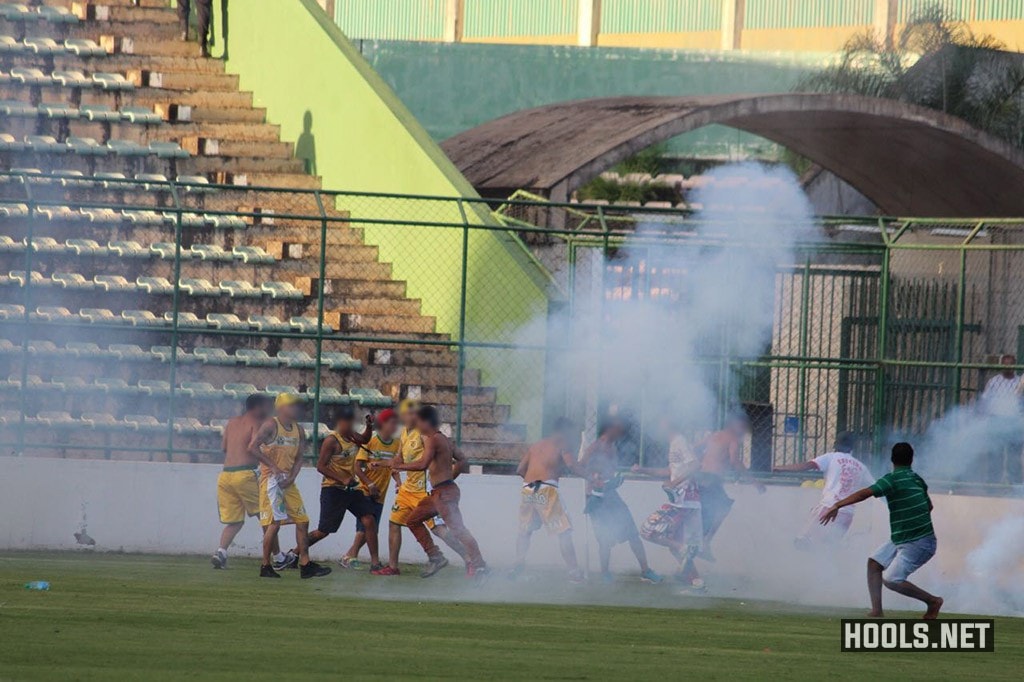 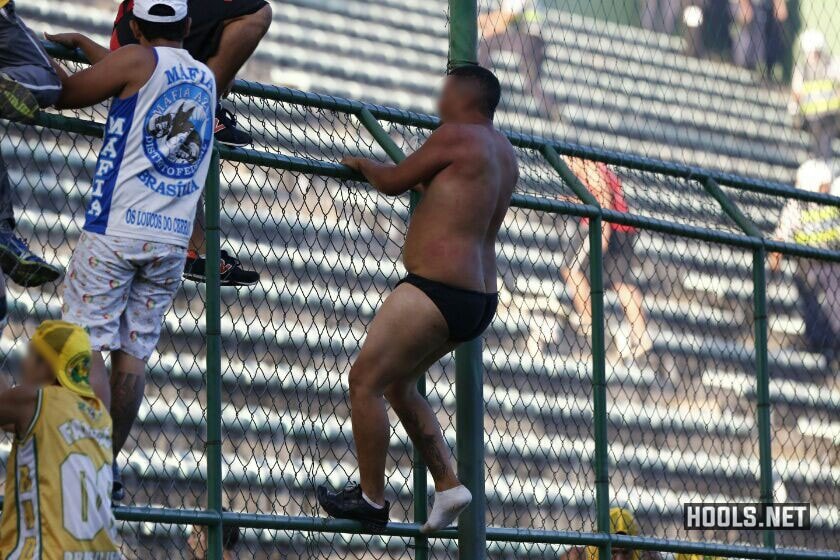 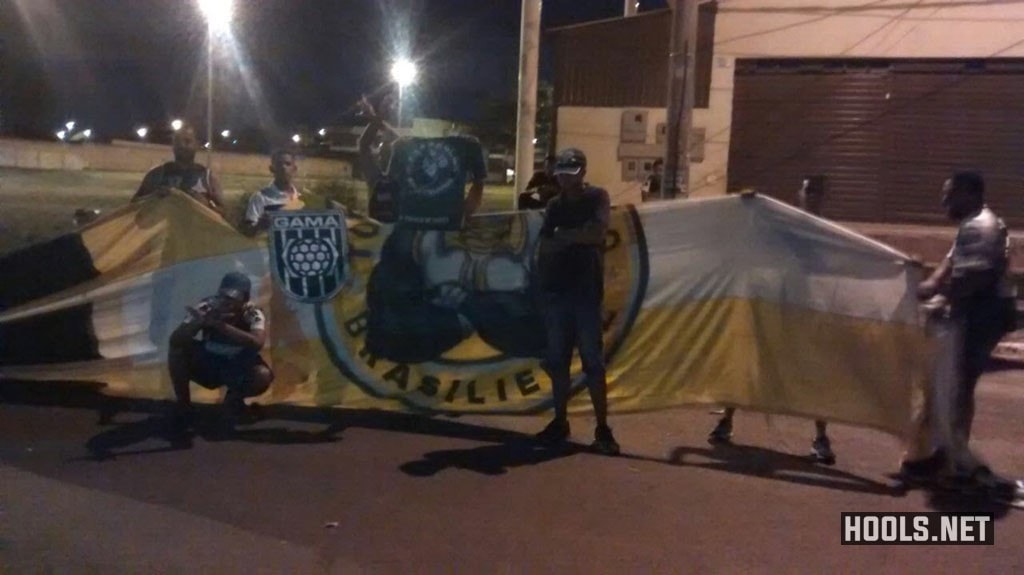