Gremio fans stormed the pitch and smashed up the VAR system following their side’s 3-1 home defeat to Palmeiras on Sunday.

Following the full-time whistle, the home side’s fans invaded the Gremio Arena pitch and trashed the area where the VAR screen was situated.

Some of the invaders also started battling with security staff, throwing punches and hurling objects.

The supporters on the pitch eventually returned back to the stands after riot police stepped in.

Gremio currently sit 19th in the Serie A table, seven points off safety. 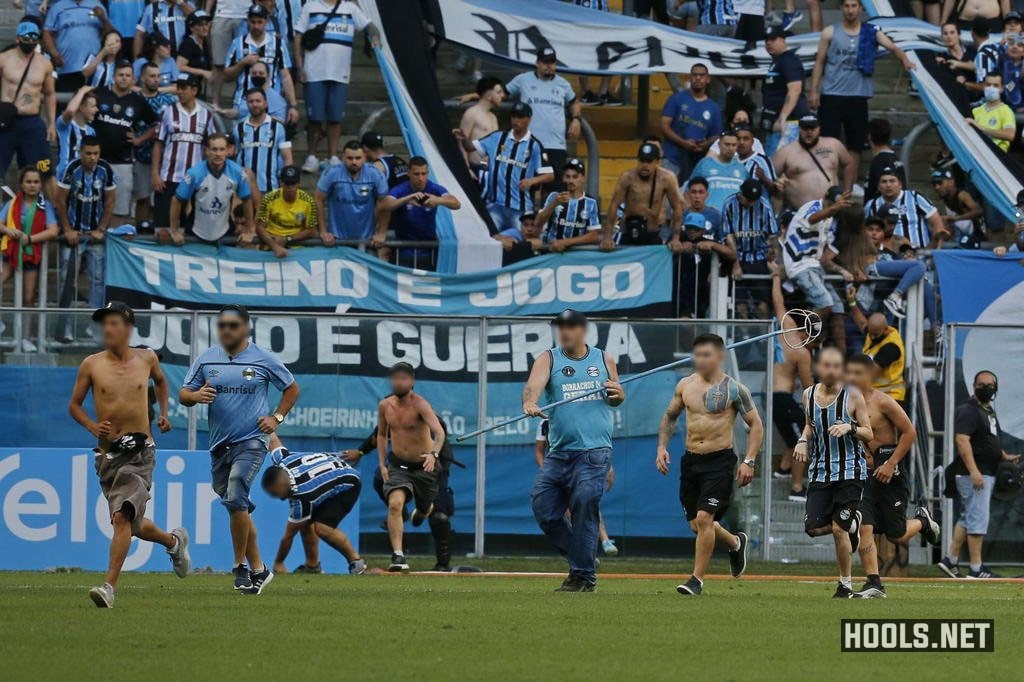 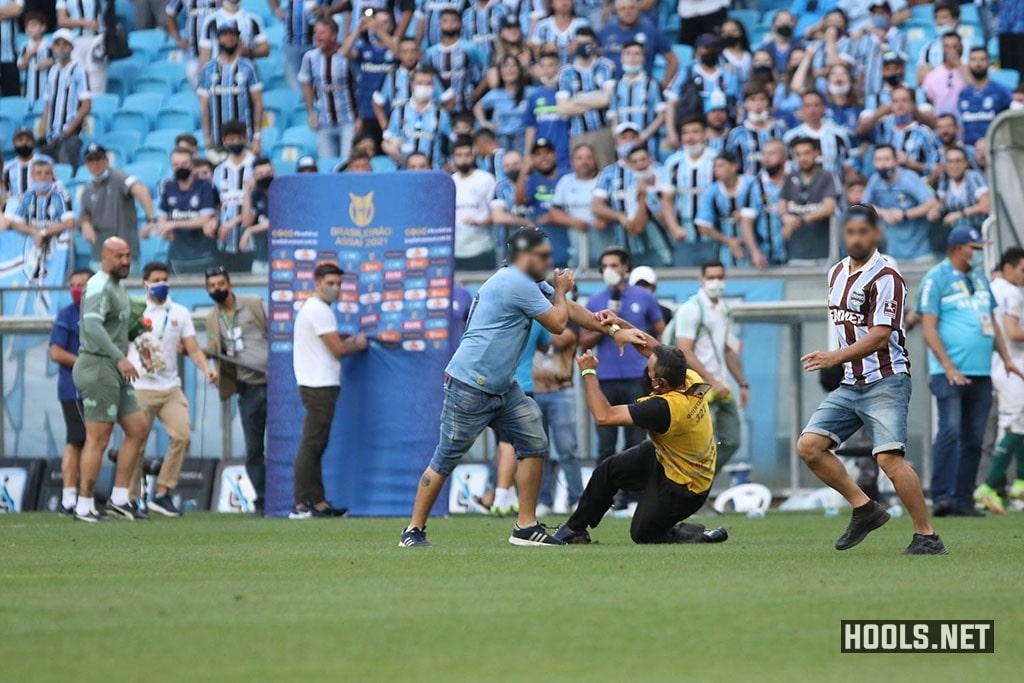 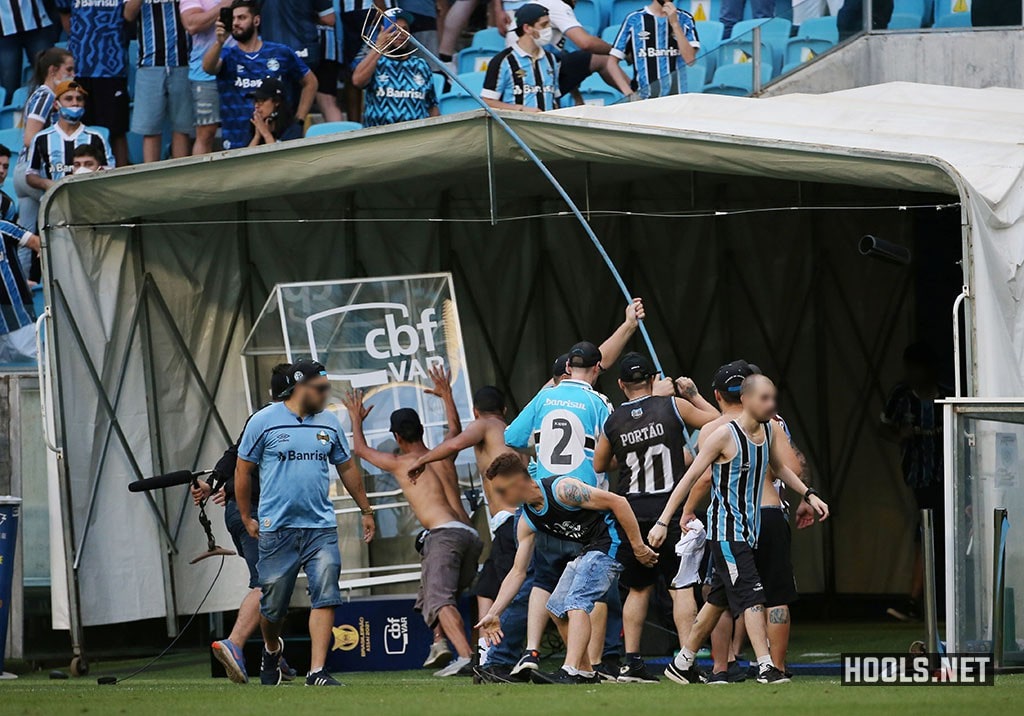 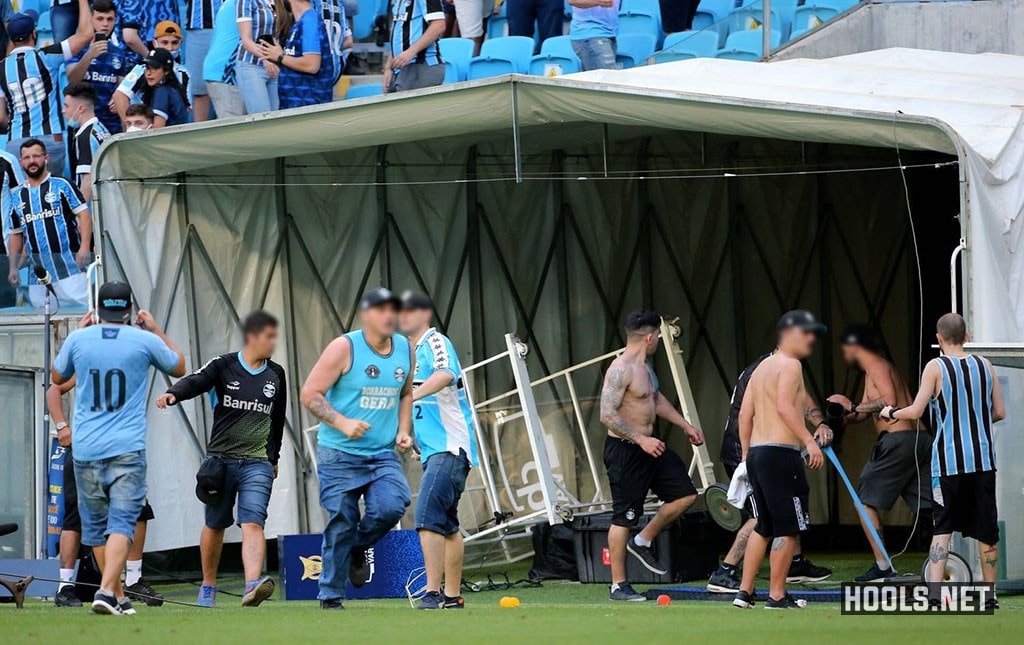 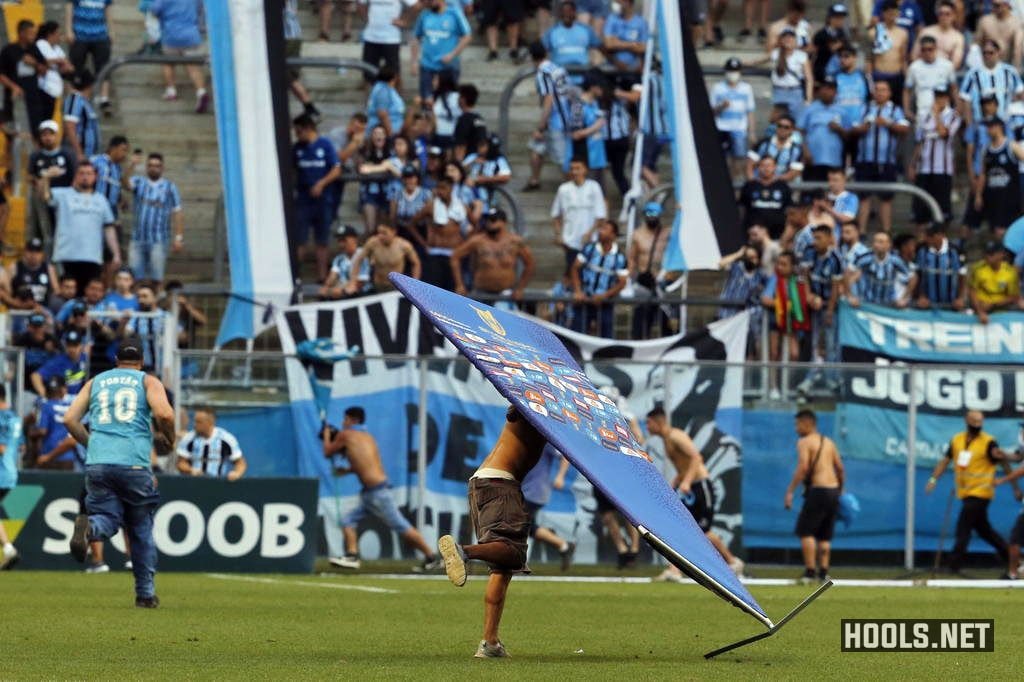 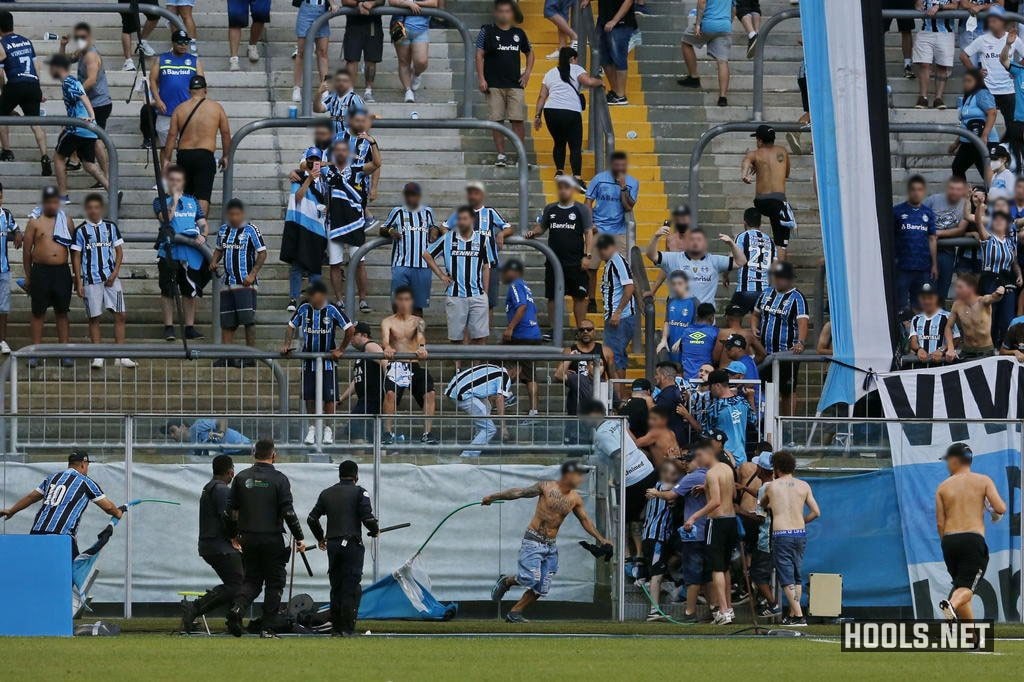 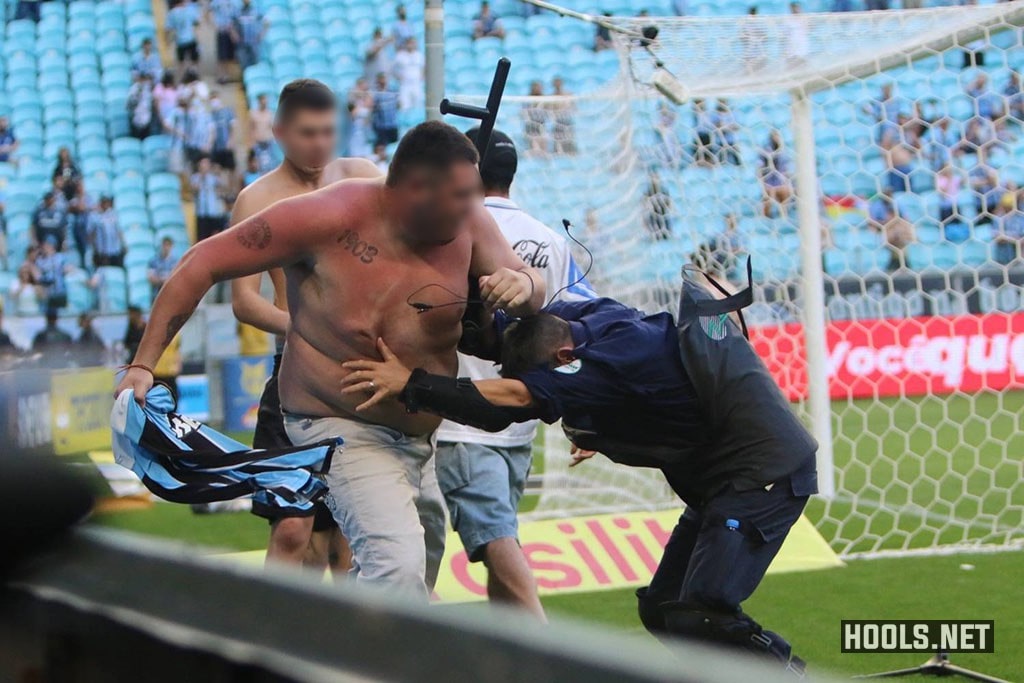 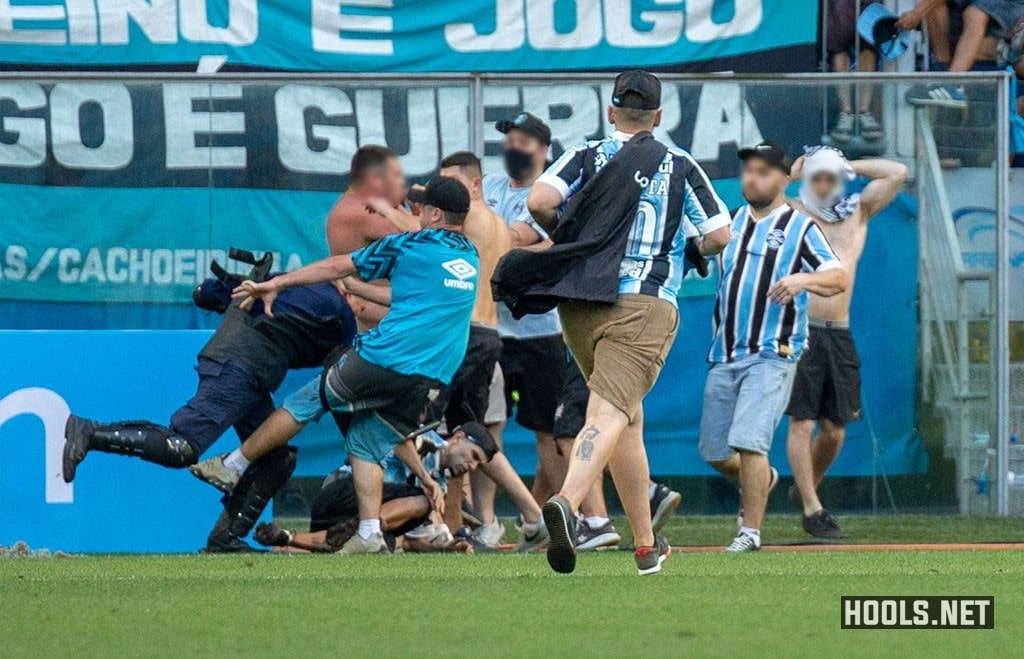 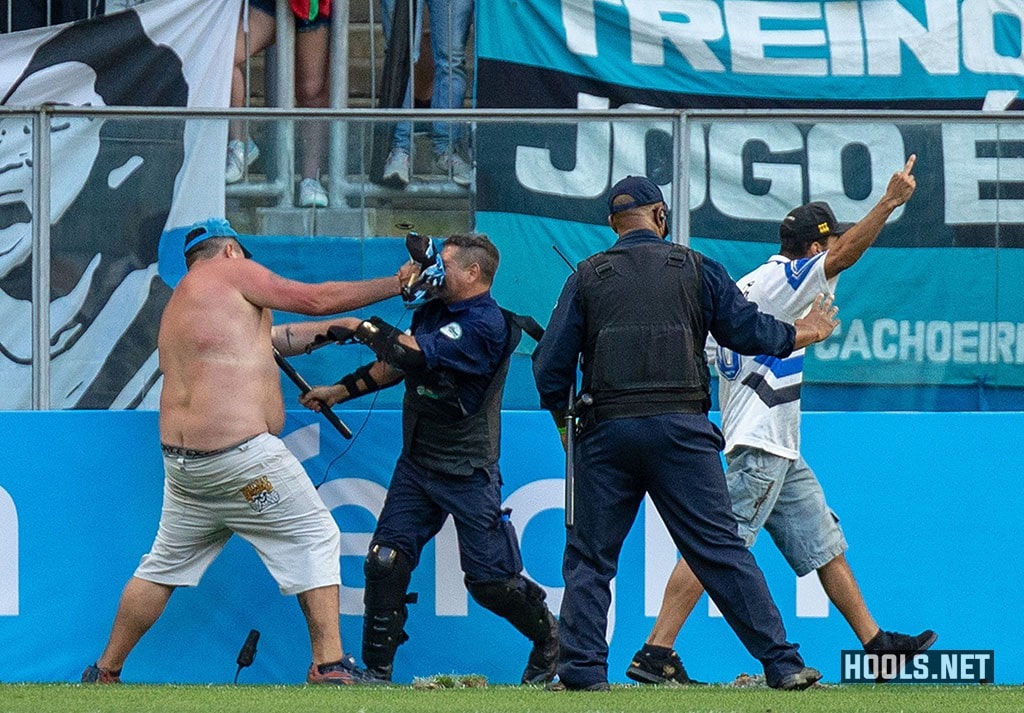 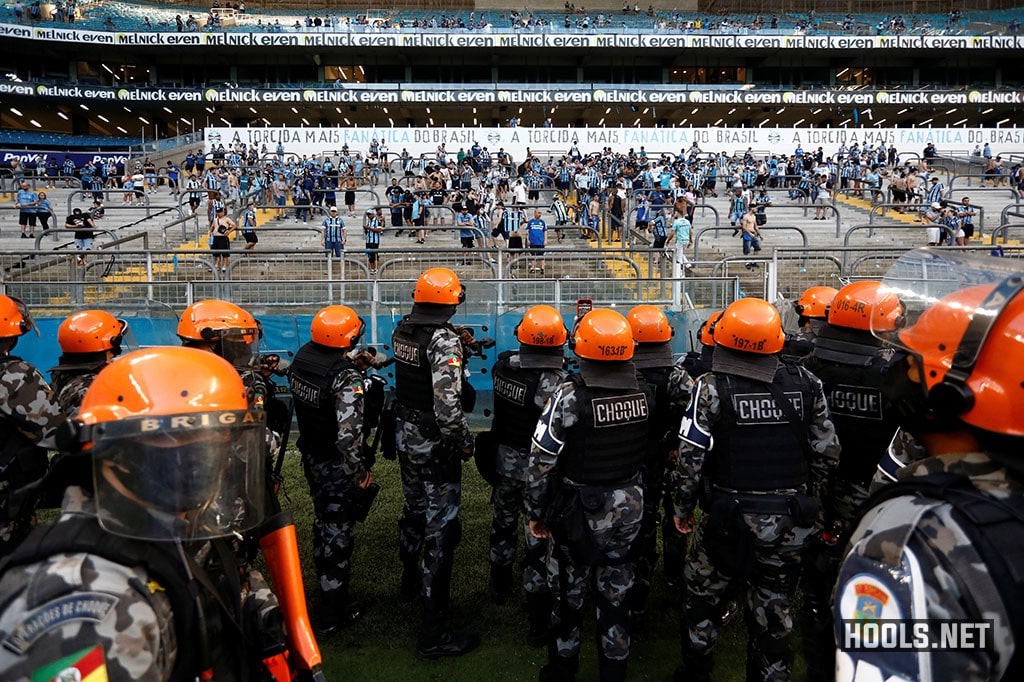 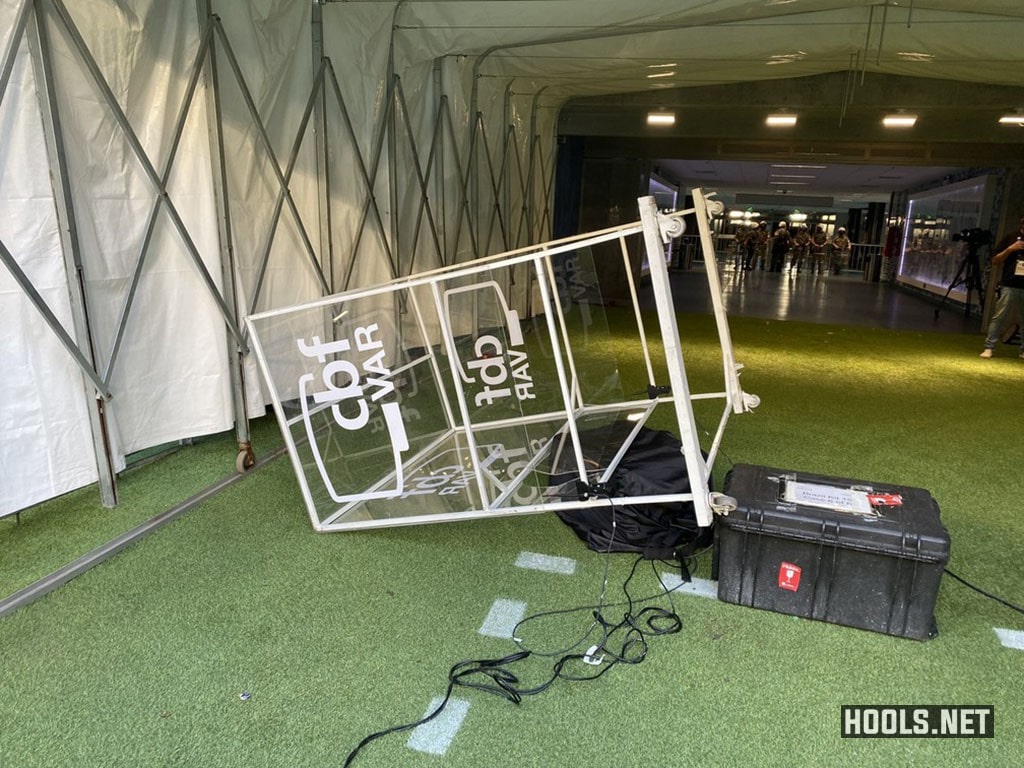