Hibernian and Rangers fans fought on the Hampden Park pitch after their Scottish Cup final on Saturday.

Hibs won the match 3-2 and ended their 114-year wait for the trophy.

At the final whistle thousands of joyous Hibs fans streamed onto the pitch to celebrate their historic victory, with some goading Rangers players and supporters.

A number of angry Rangers fans also broke onto the pitch, leading to fighting between the two sets of supporters.

Both teams had to leave the pitch, with Rangers given their medals in the dressing room and Hibernian waiting for the pitch to be cleared before they could emerge to collect the trophy. 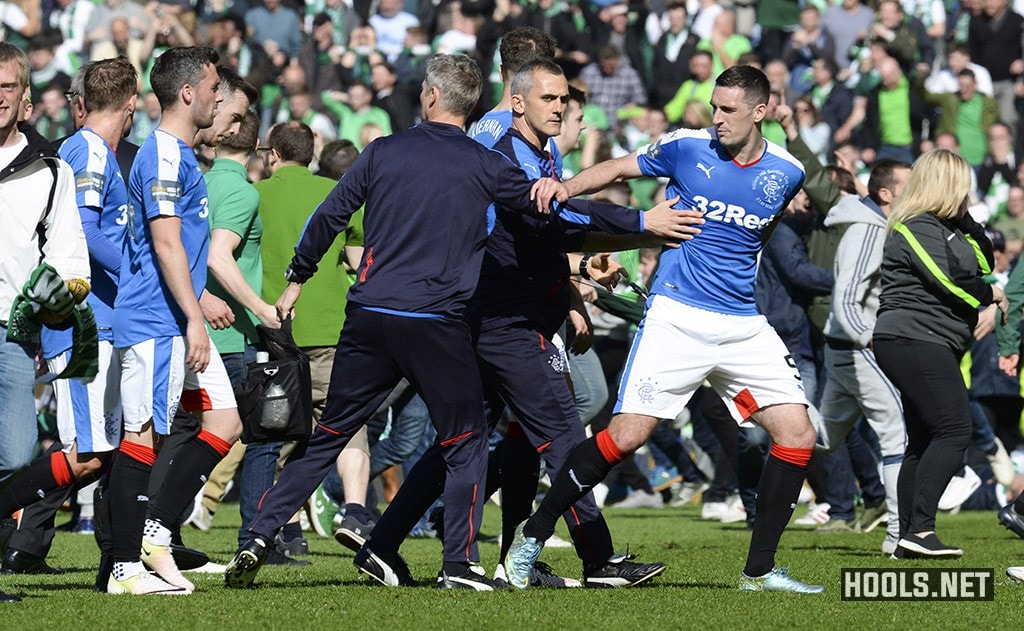 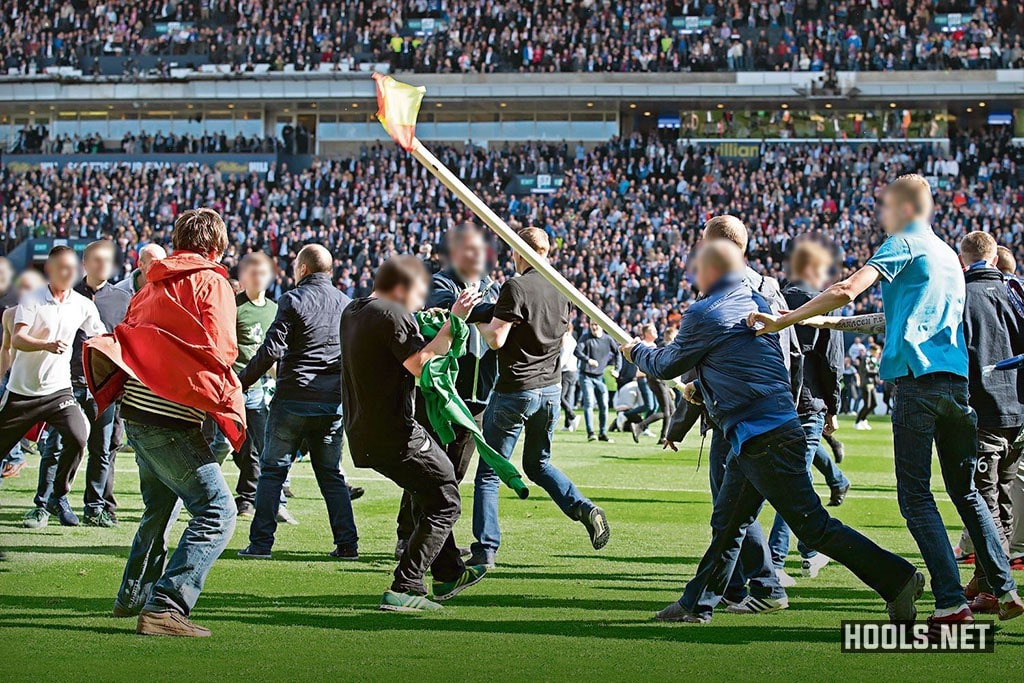 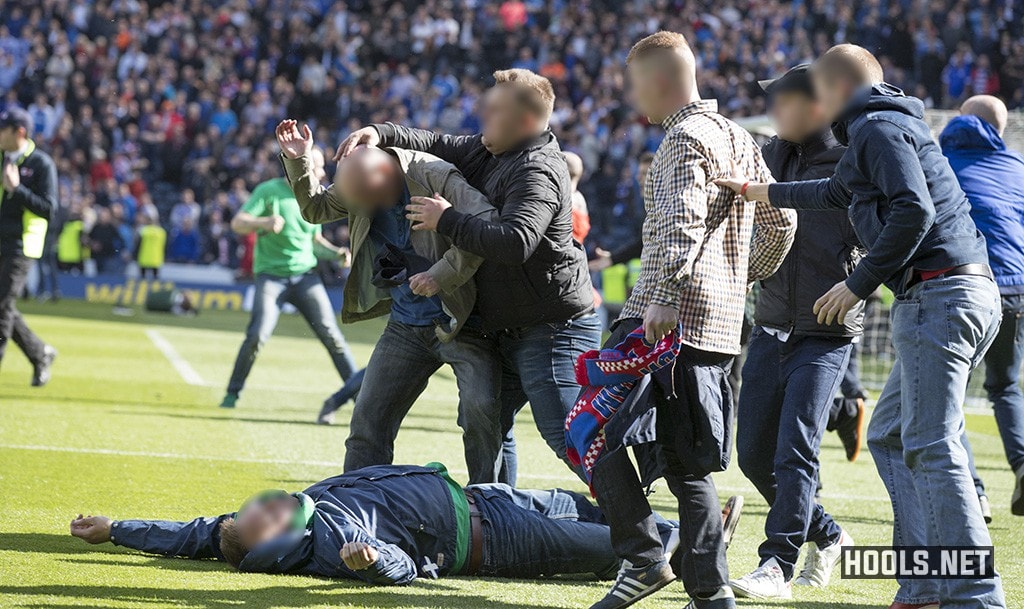 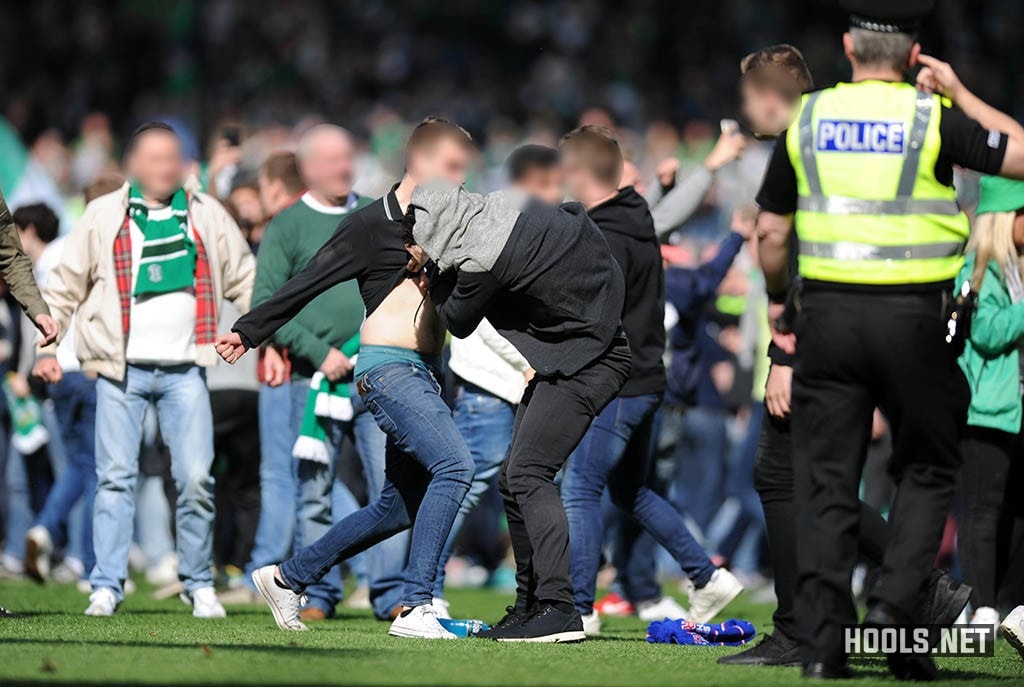 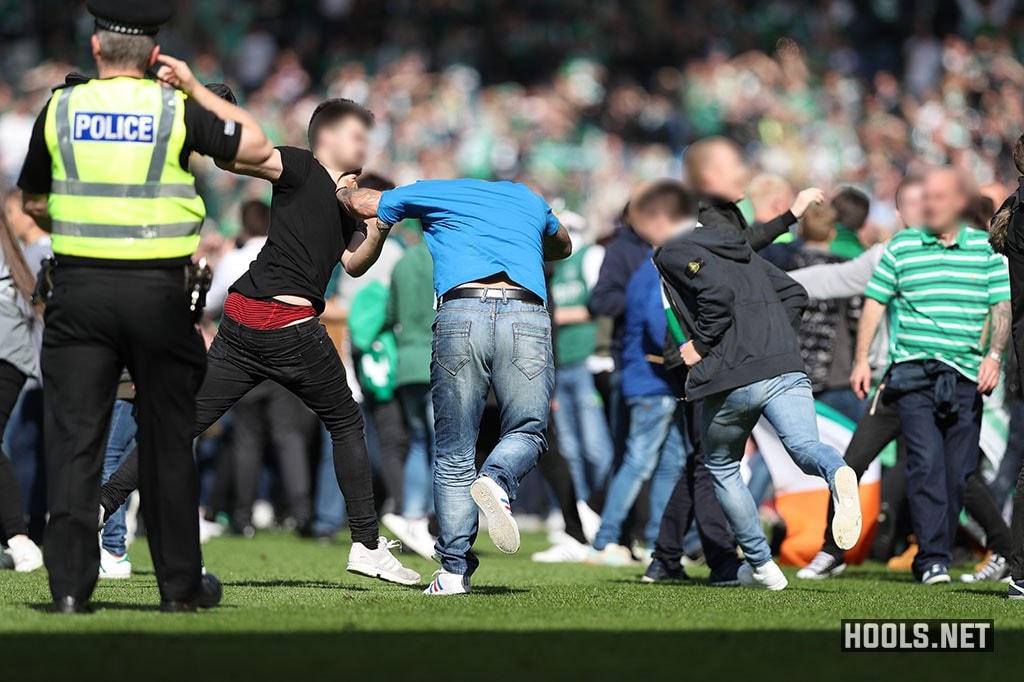 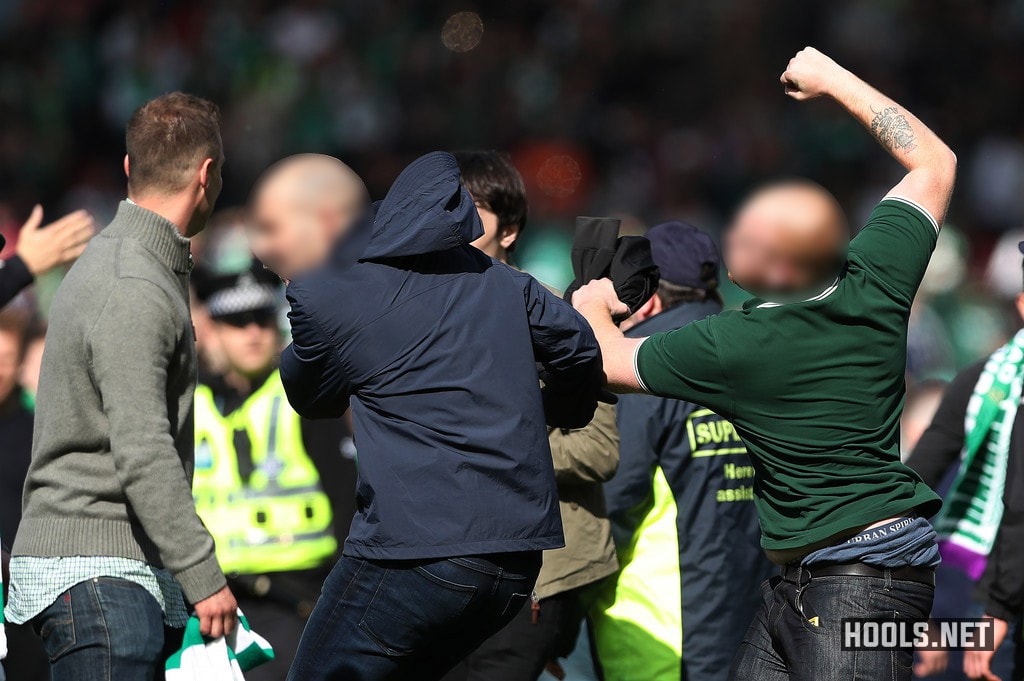 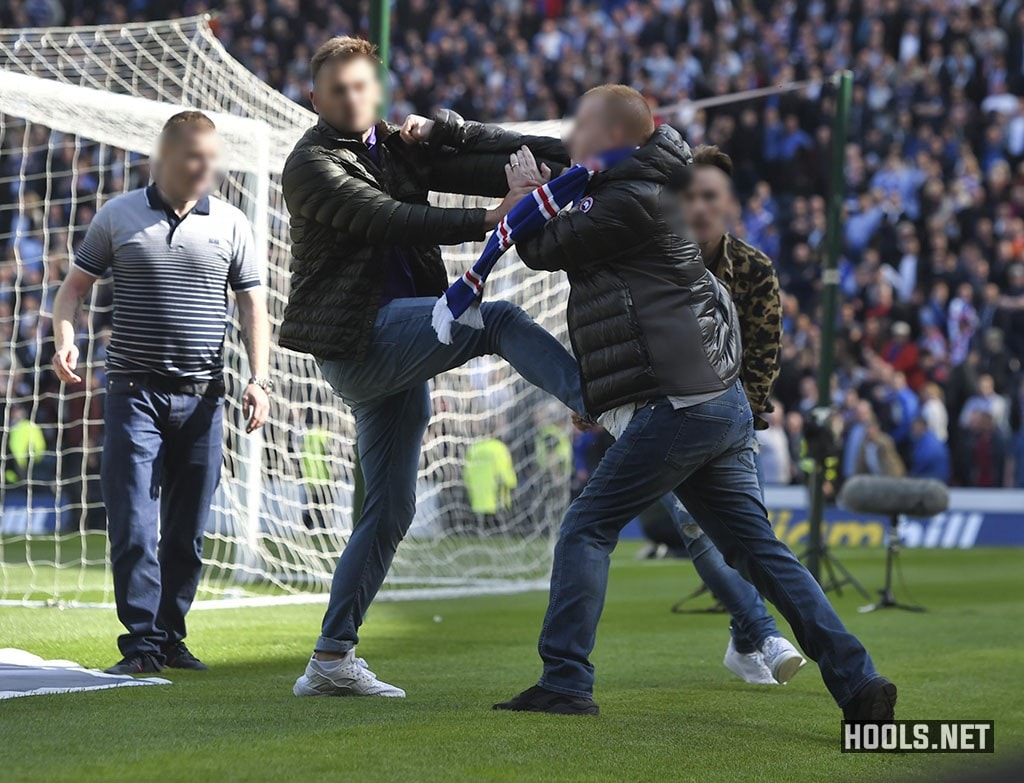 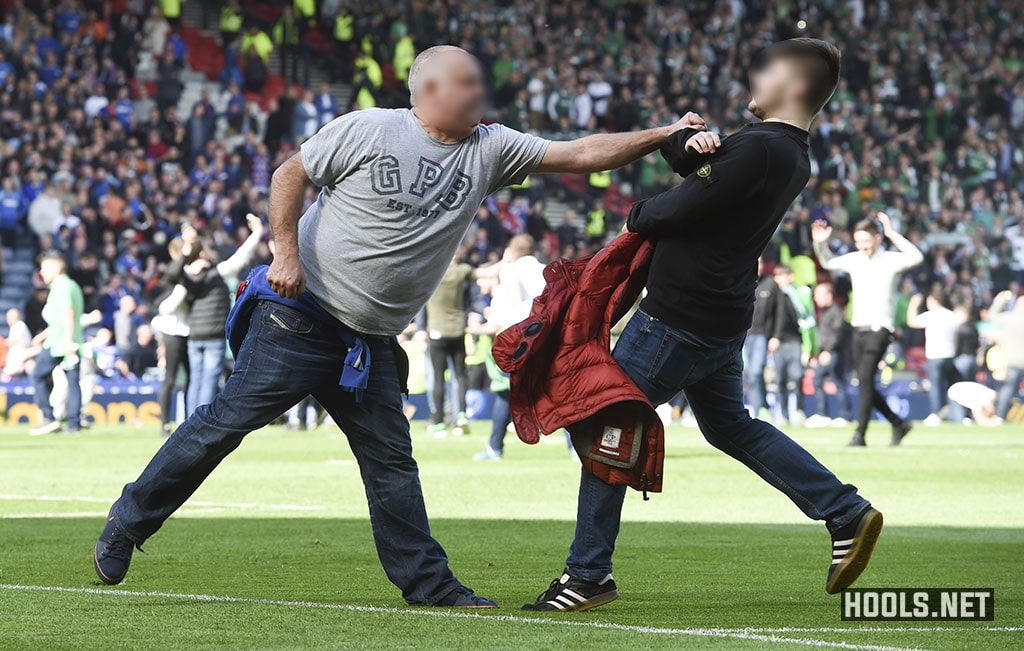 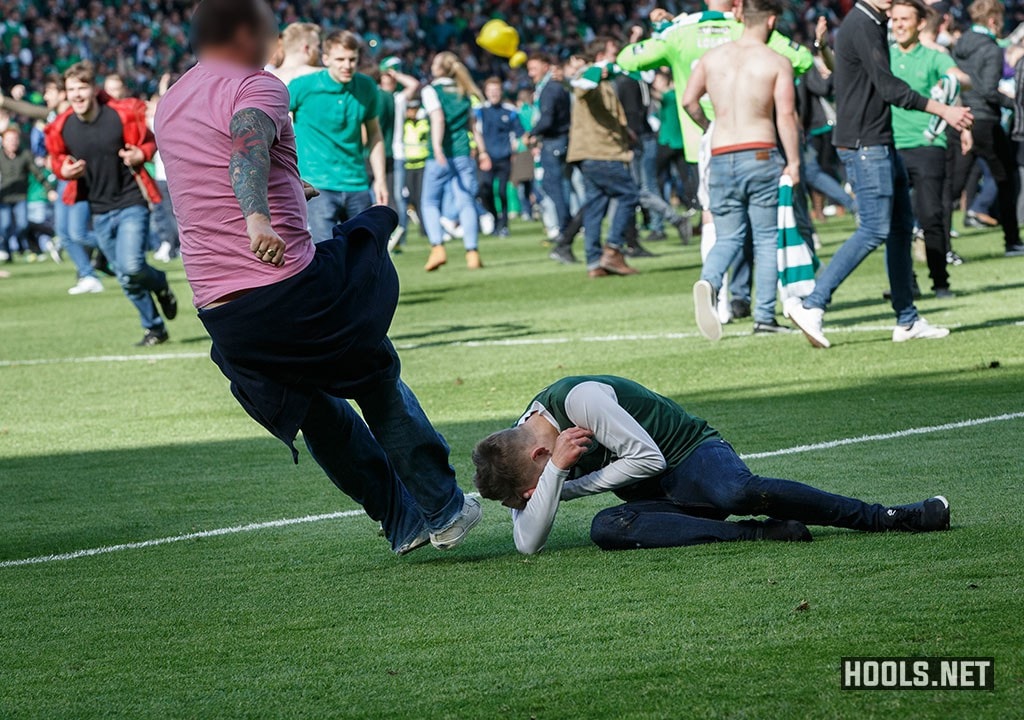 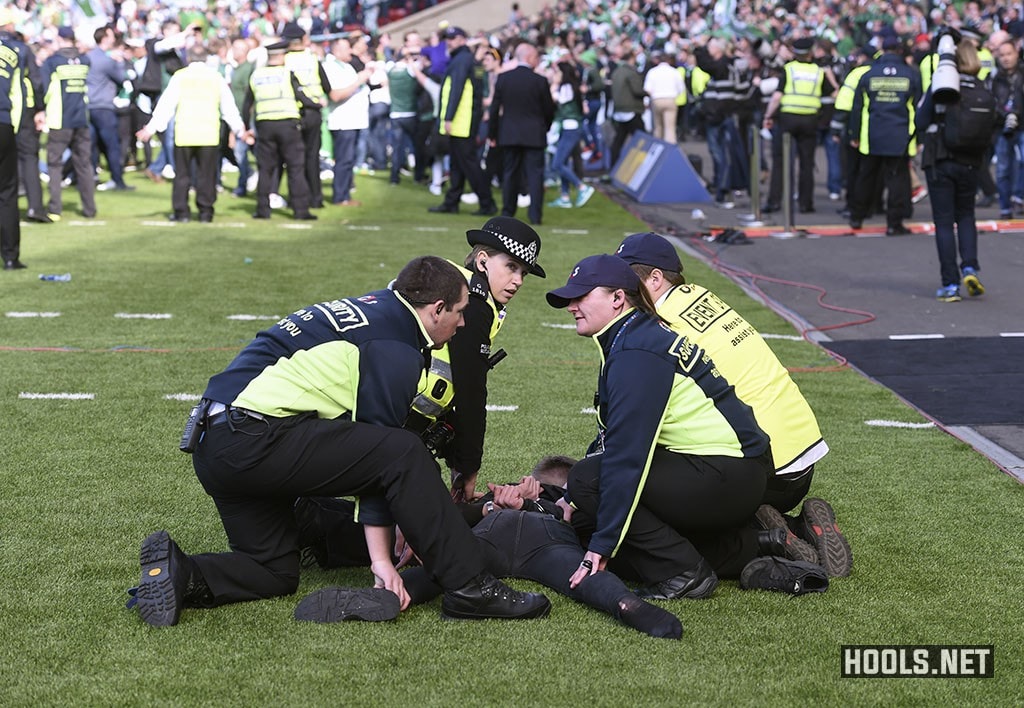