PAOK and Iraklis hooligans clashed in the centre of Thessaloniki ahead of their Greek Super League match on Sunday.

The clashes broke out near the headquarters of Iraklis fan group the Gate 10 when a mob of around 50 PAOK hooligans apparently tried to attack the building.

Hooligans from both sides fought with sticks and threw everything they could get their hands on at each other.

It lasted for about 15 minutes before cops showed up. 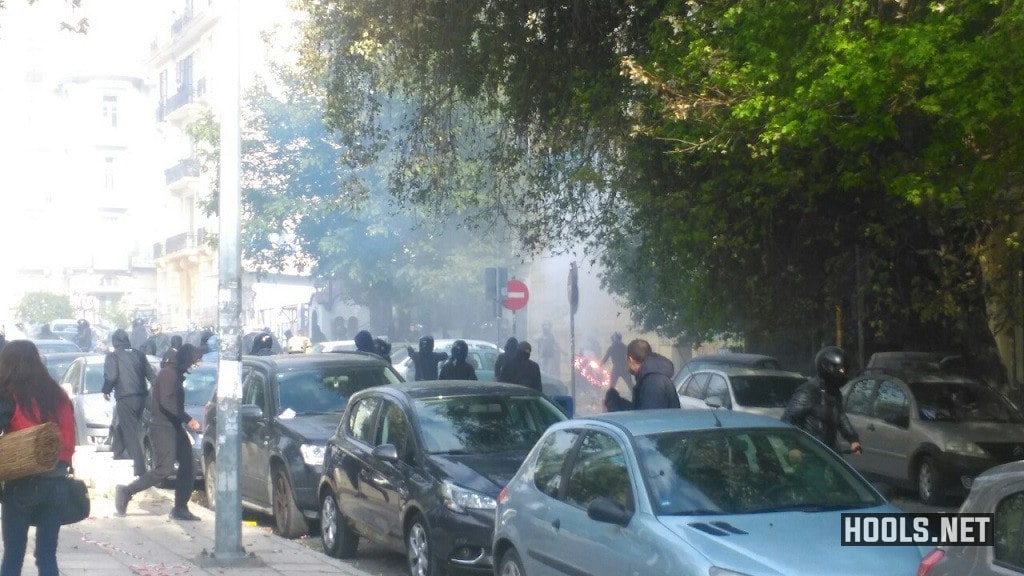 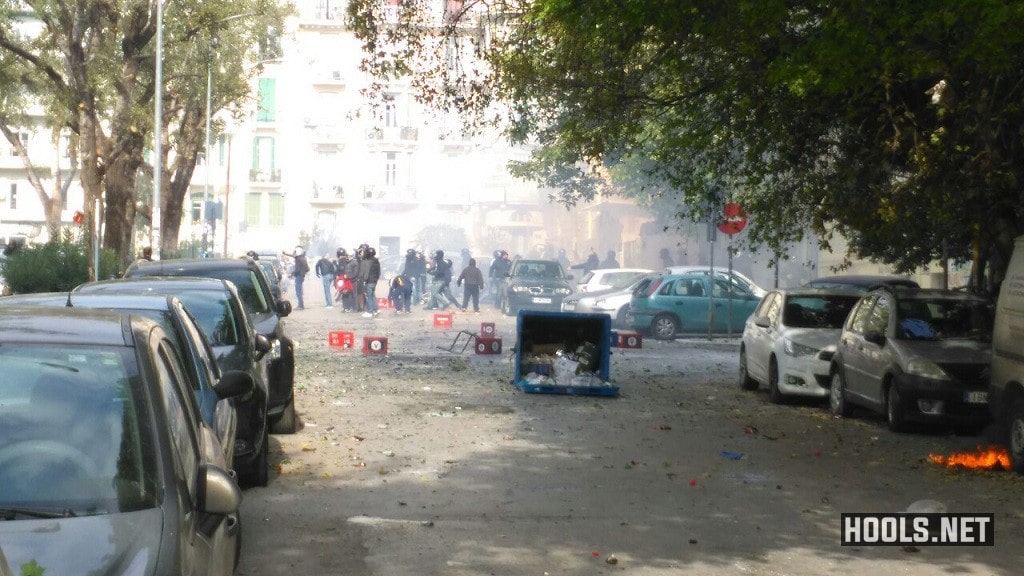 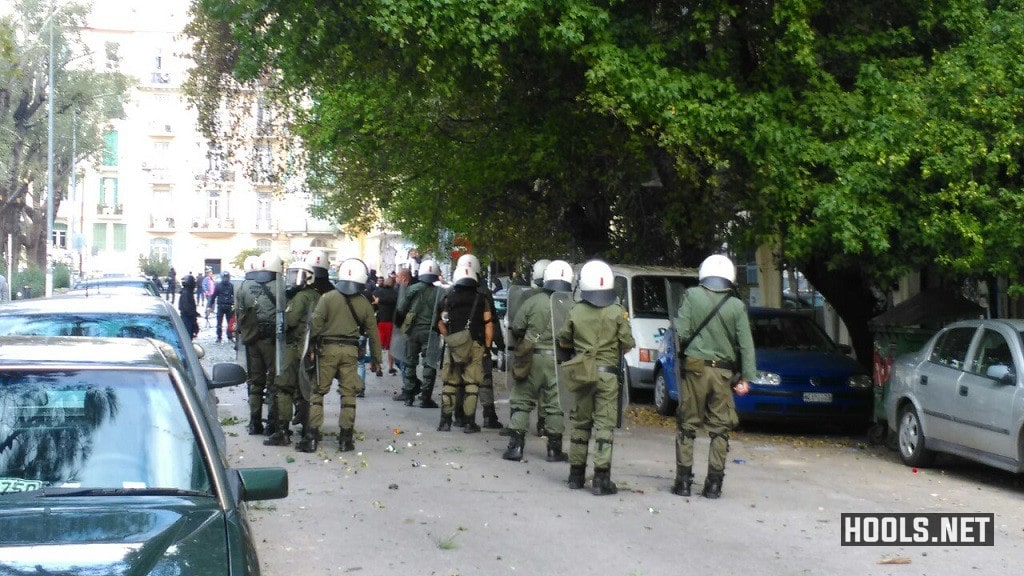 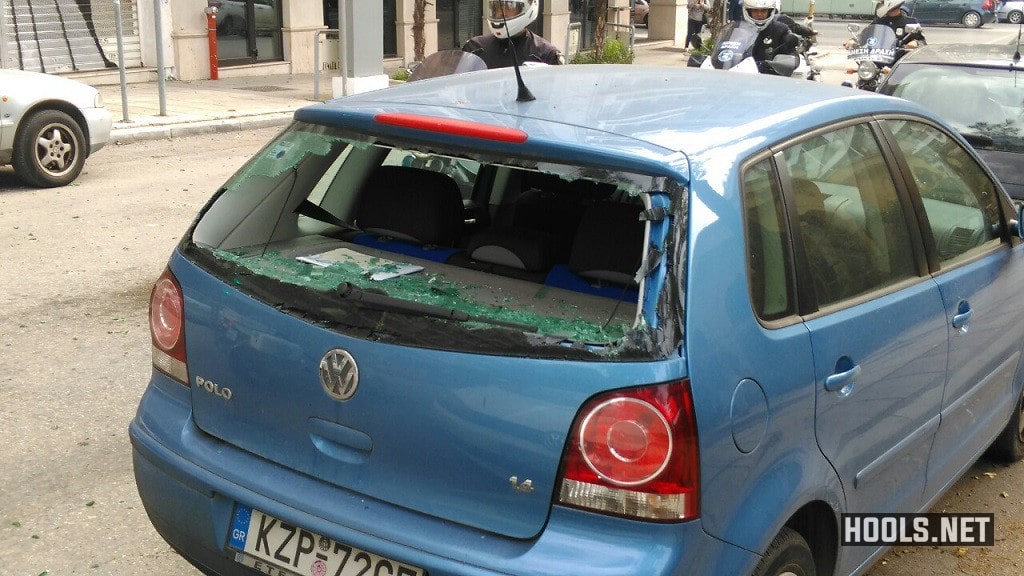 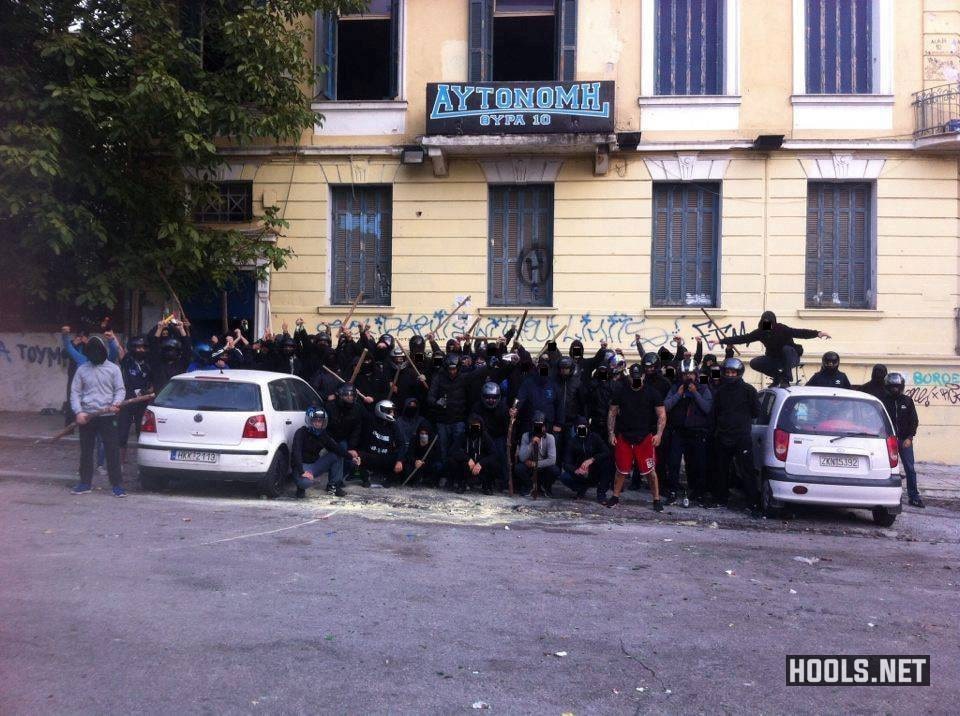 Iraklis hooligans in front of their headquarters