Legia Warsaw fans were involved in a series of scuffles with Spanish riot cops ahead of their Champions League meeting with Real Madrid on Tuesday.

A few hours before kick-off, the Polish side’s fans and Madrid riot cops were seen fighting in the streets surrounding the Bernabeu.

Rubber bullets and batons were used against the Poles.

At least five Legia fans were treated for injuries by ambulance crews. 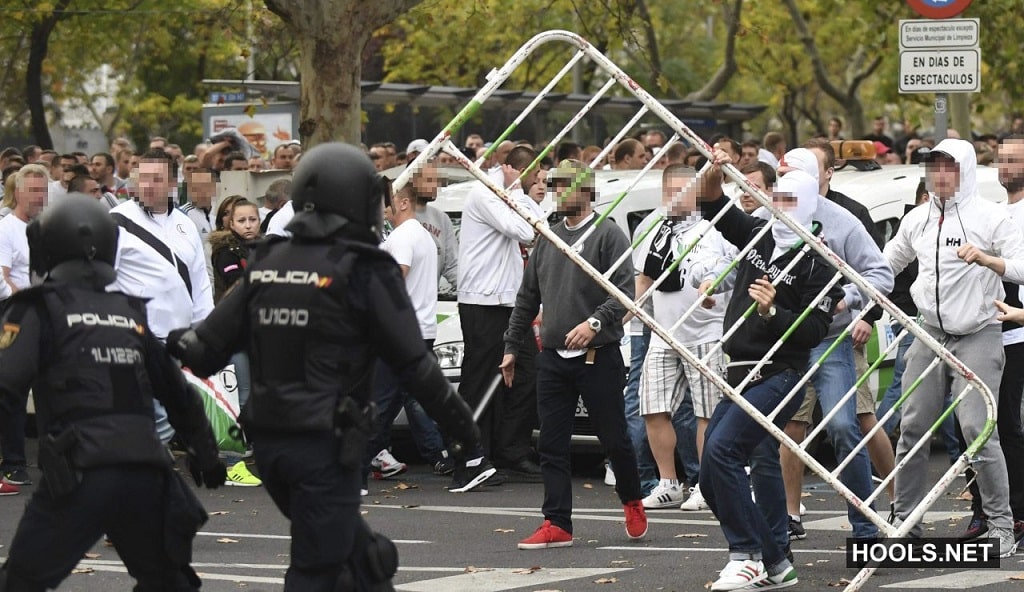 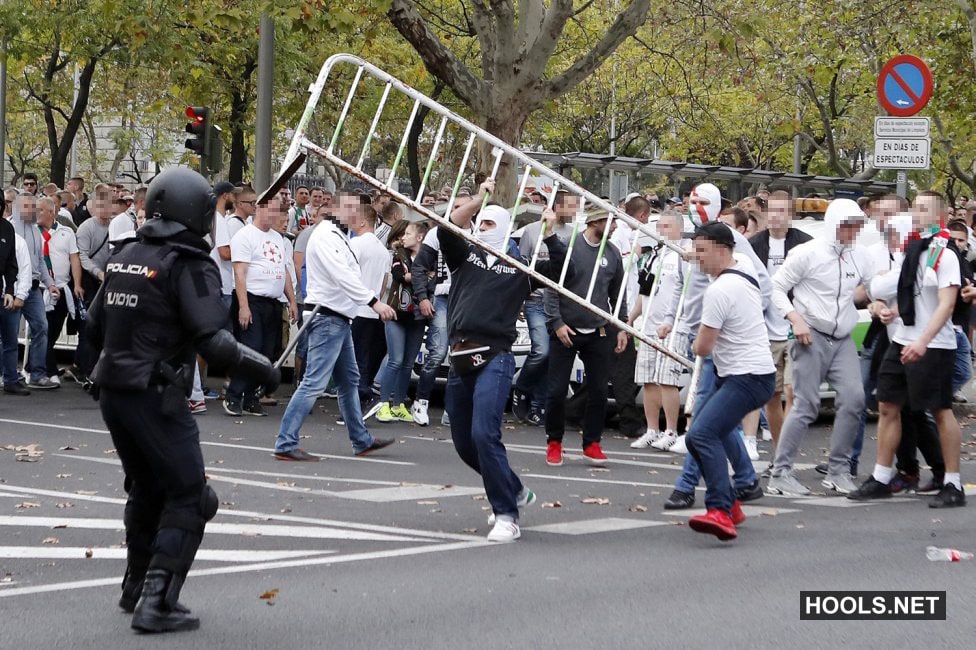 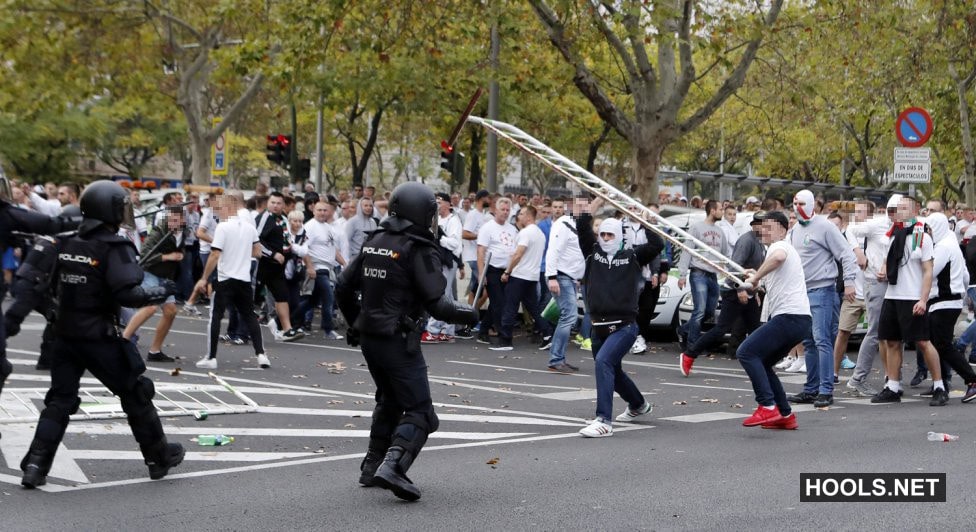 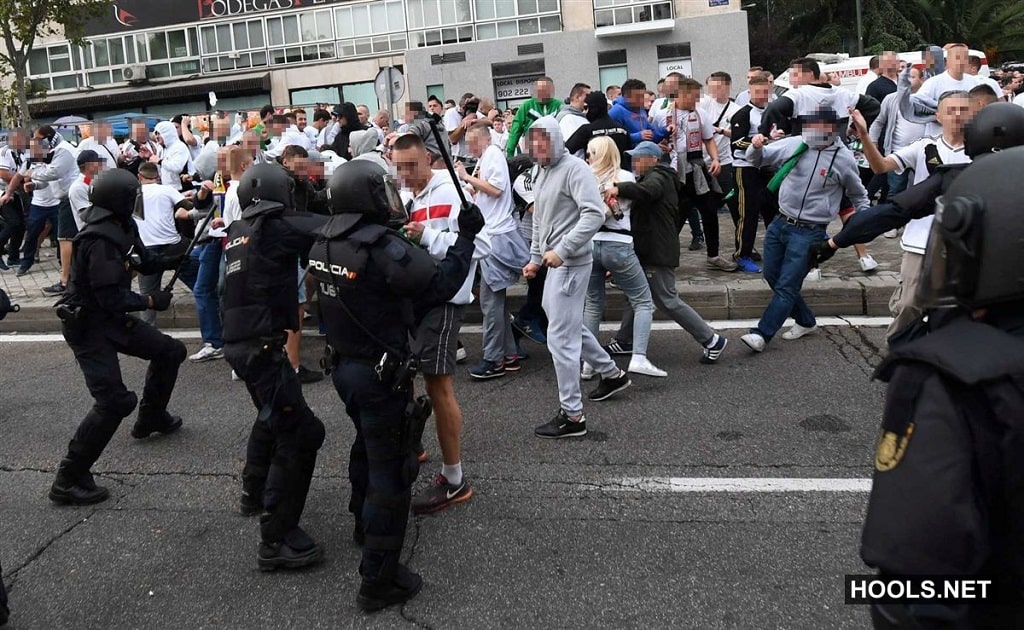 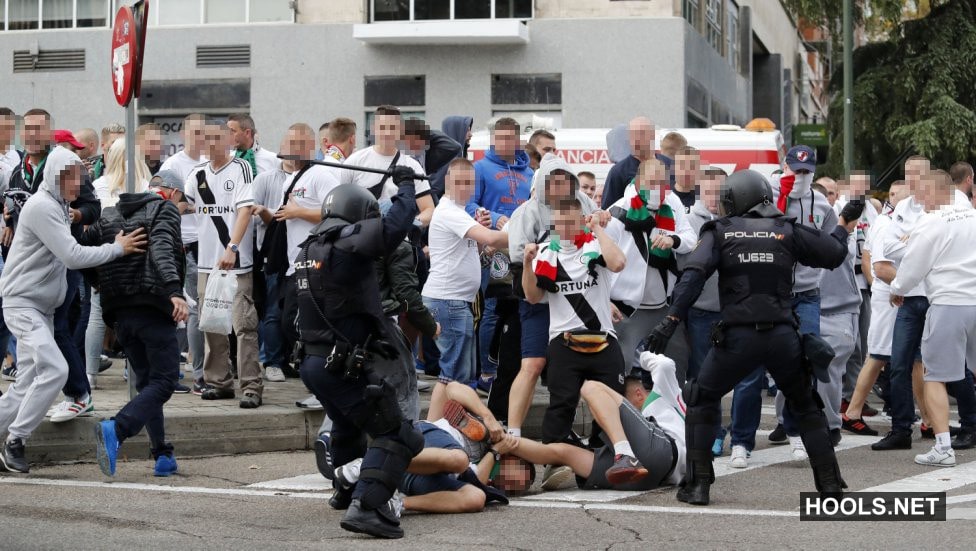 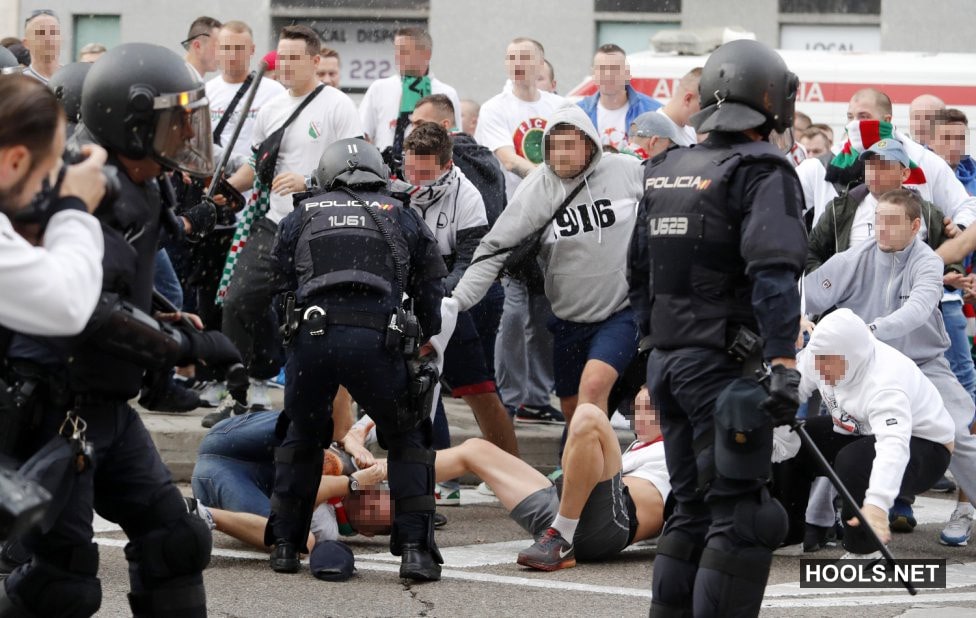 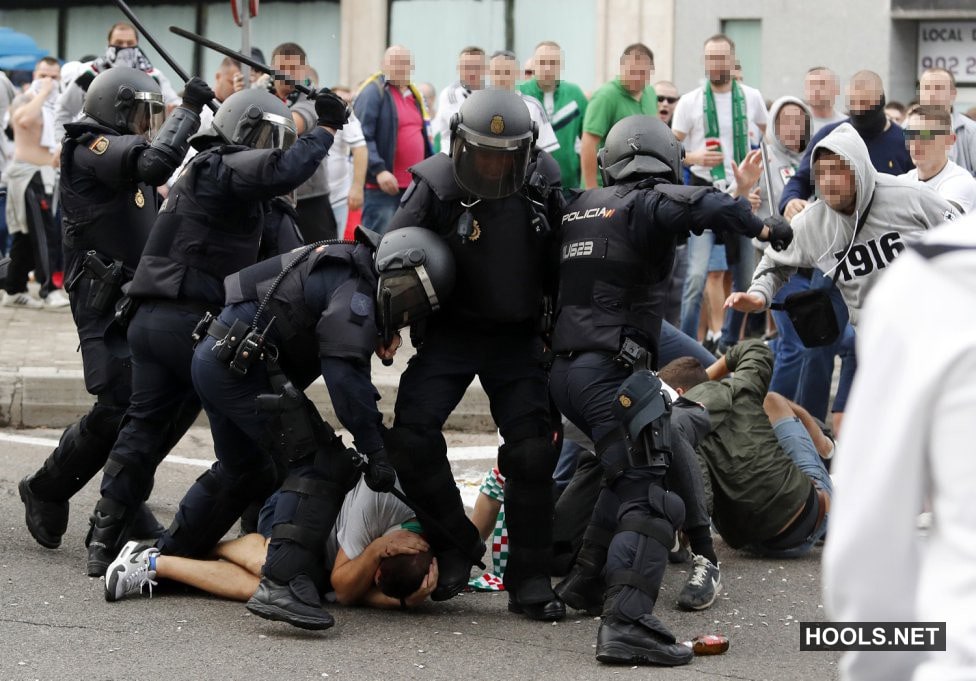 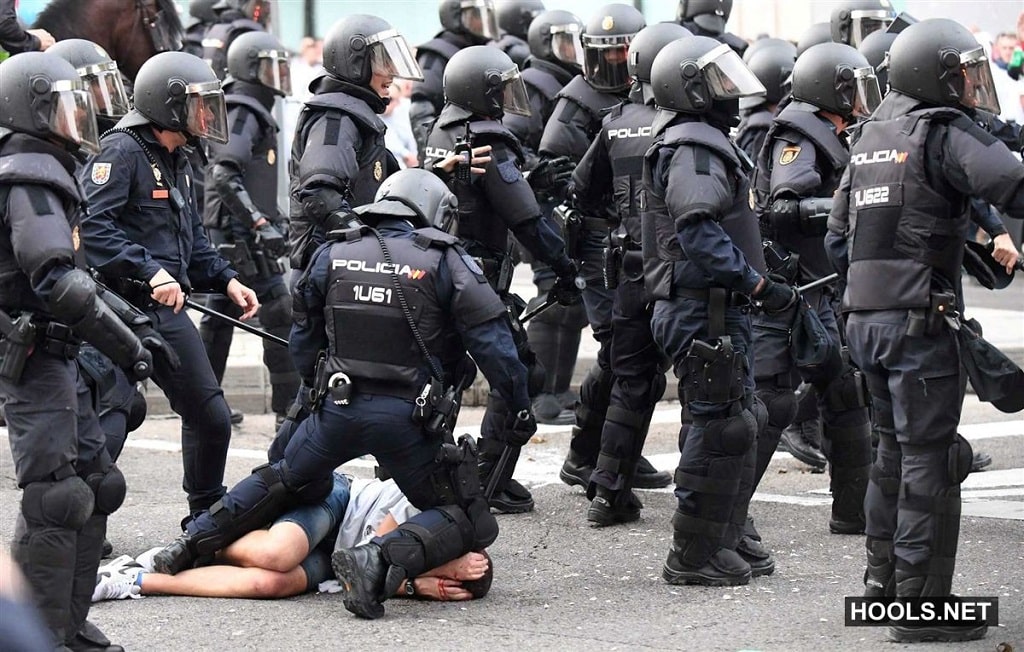 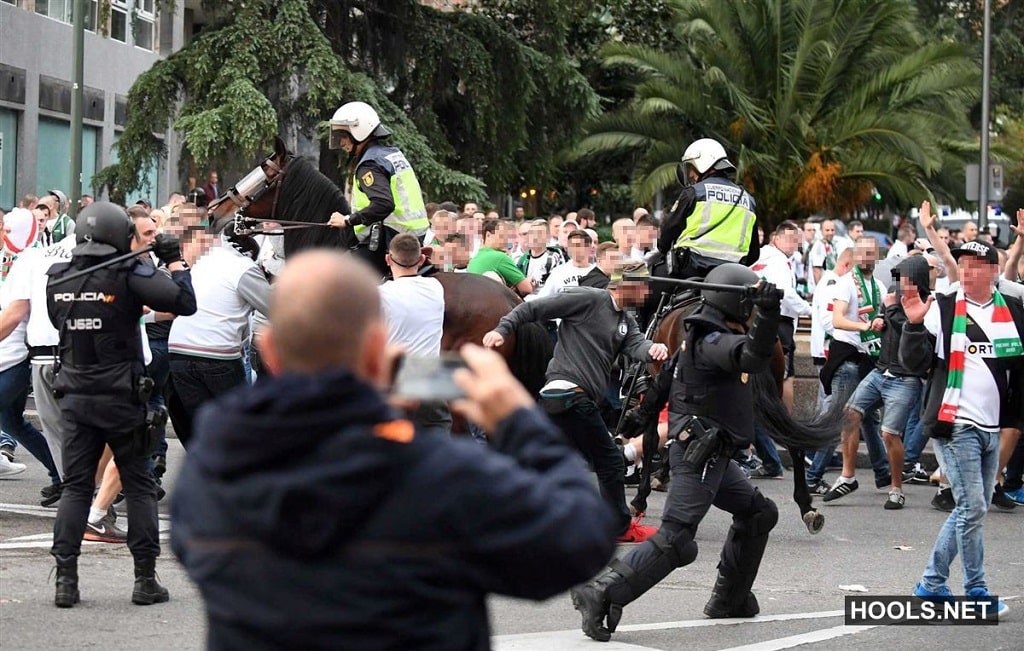 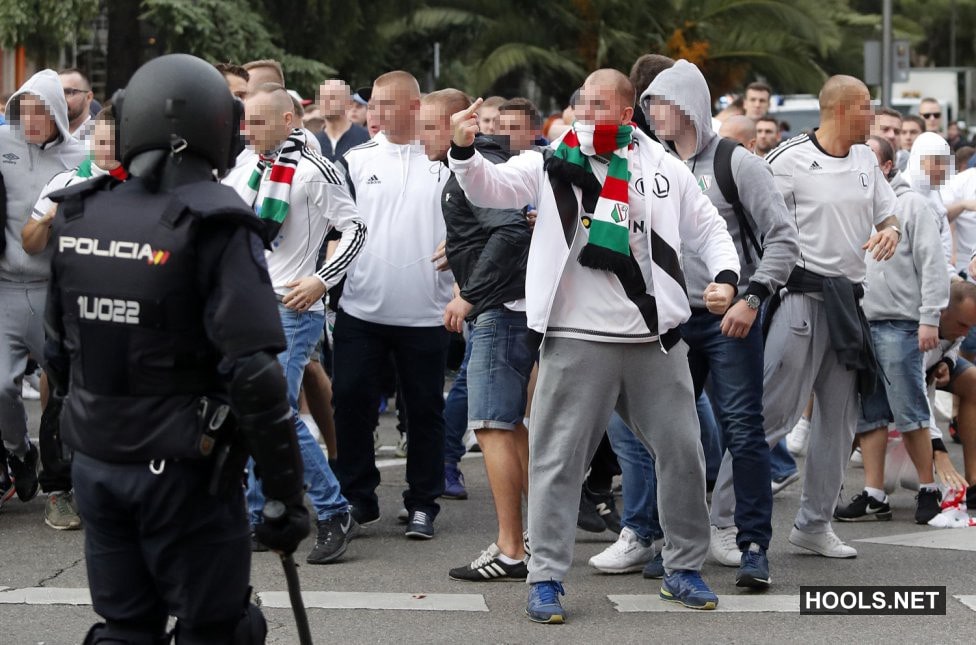 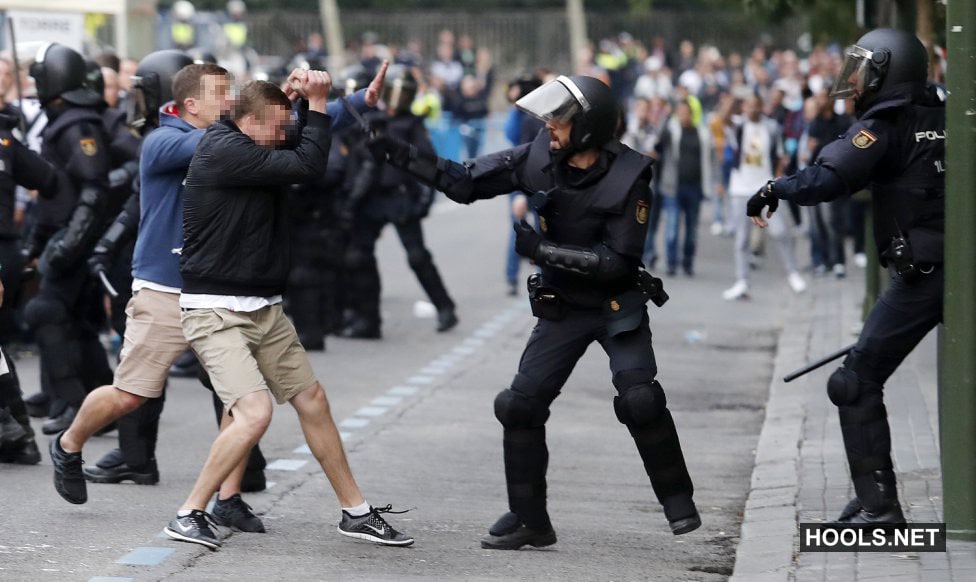 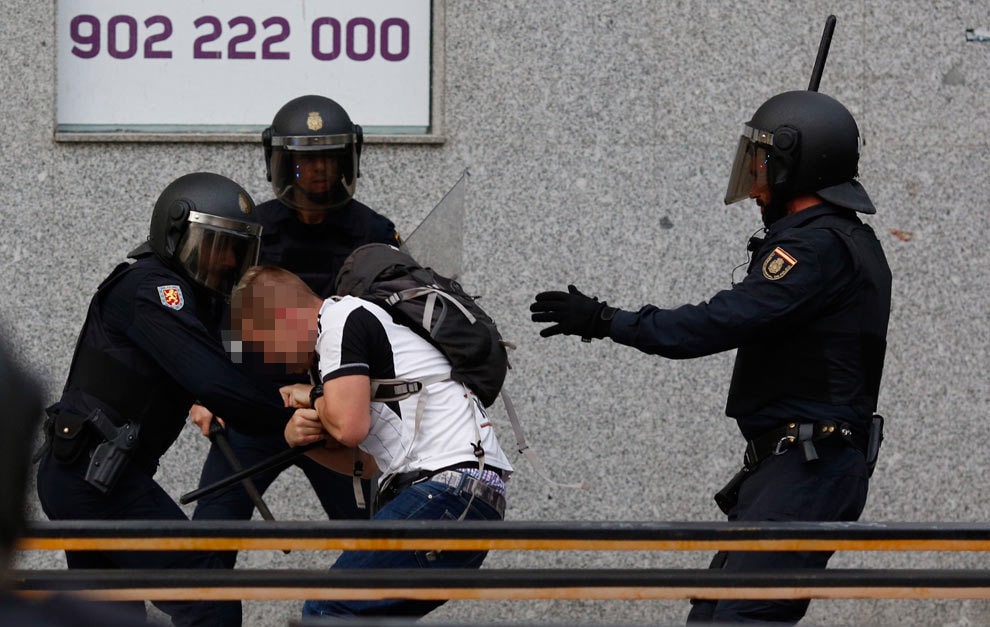 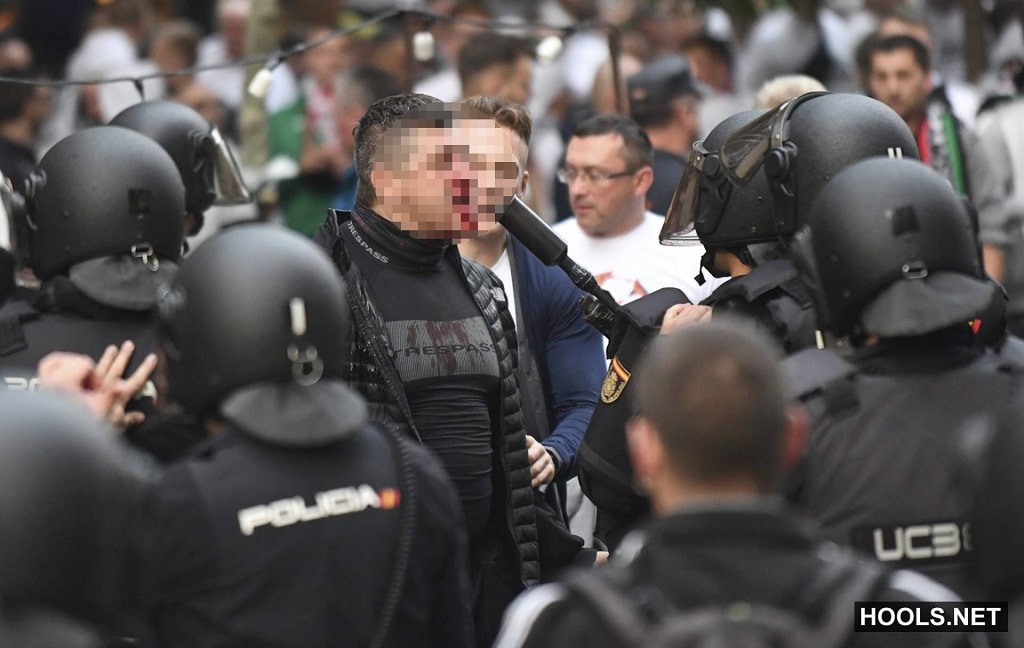 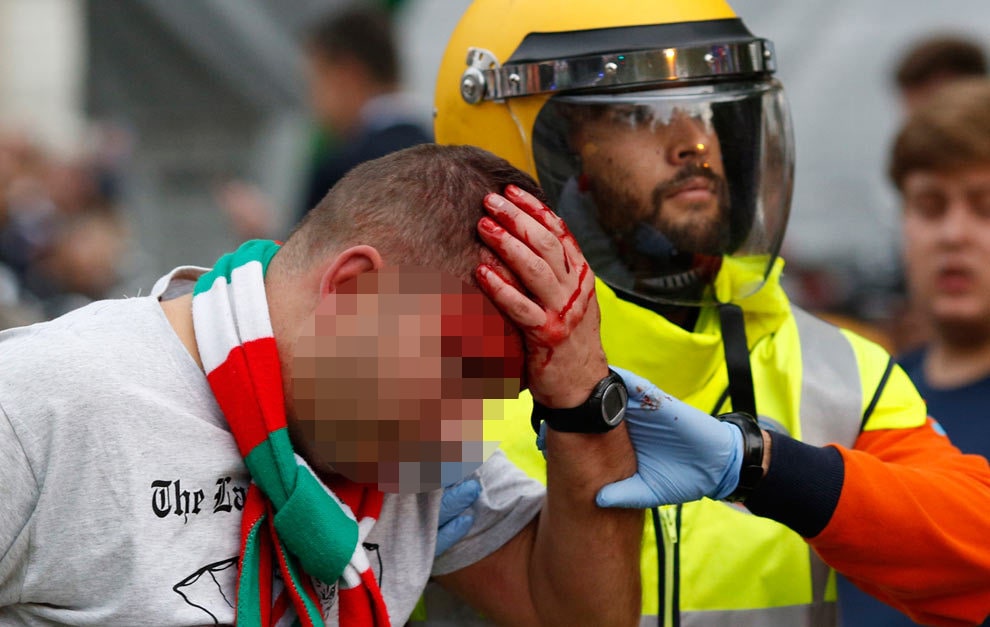 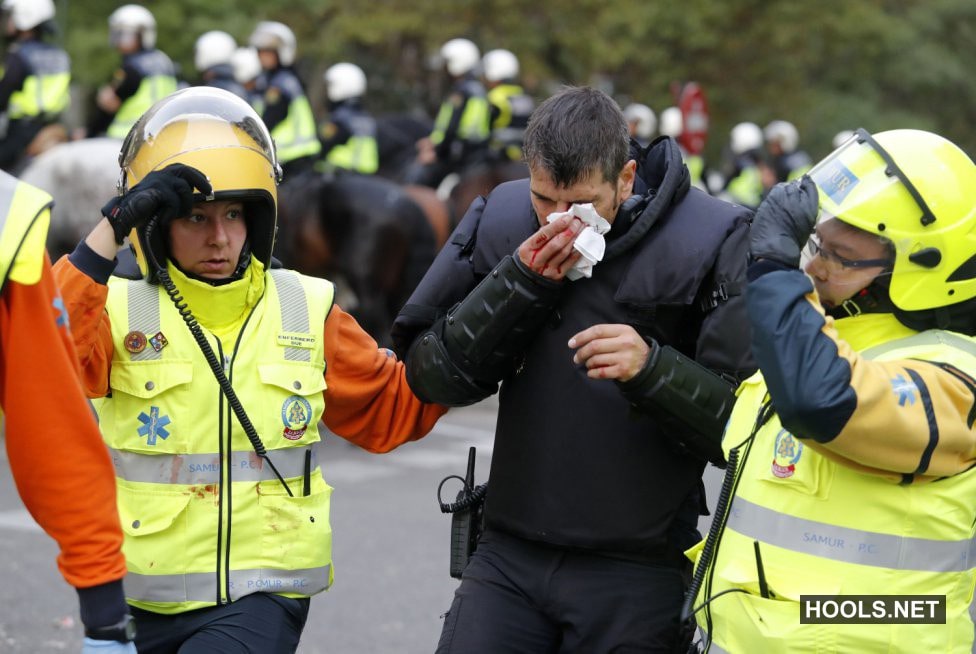