PAOK hooligans caused chaos at the Toumba Stadium during their Thessaloniki derby clash against Aris on Sunday, forcing the game to be halted.

Play was stopped in the 92nd minute with Aris leading 1-0 when flares and plastic bottles were thrown onto the playing surface.

After about a 40-minute delay play resumed.

Four people – three Greeks and a Serb – were arrested. 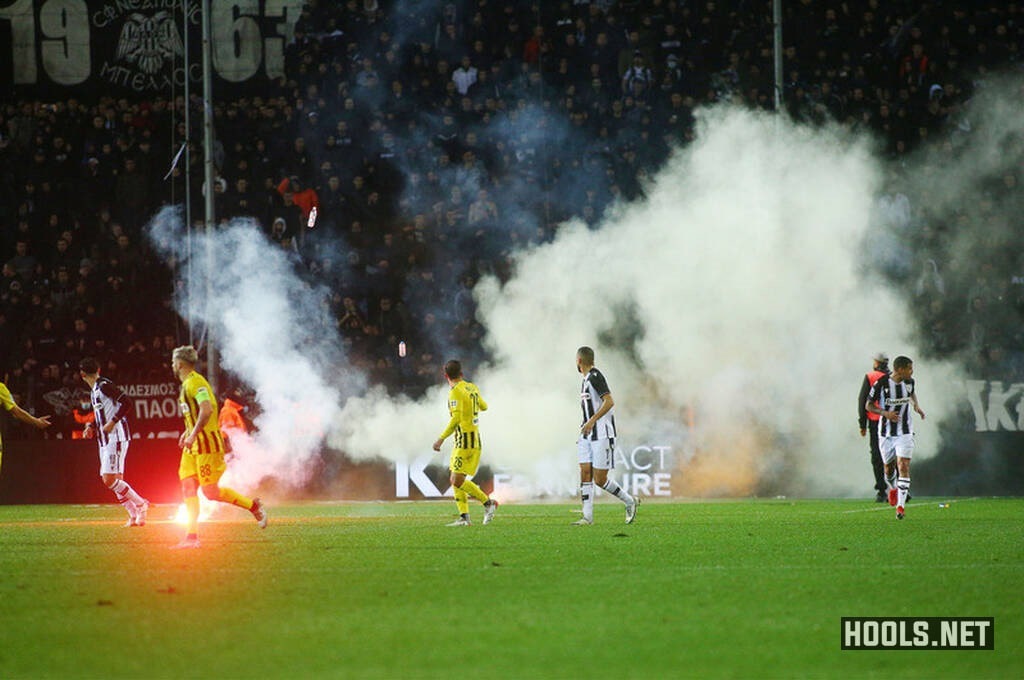 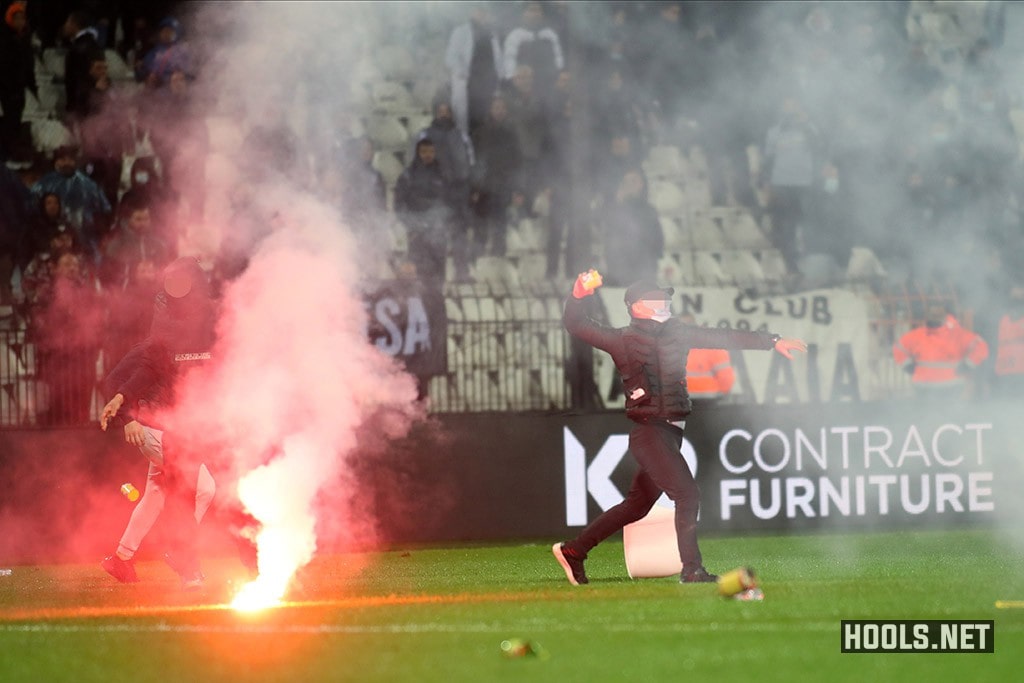 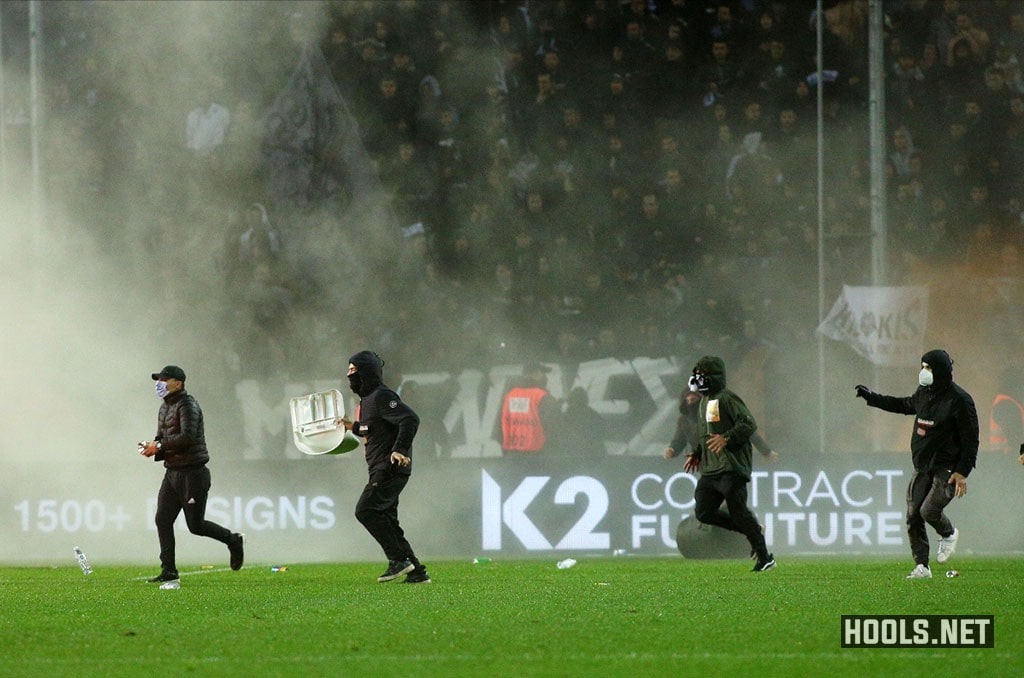 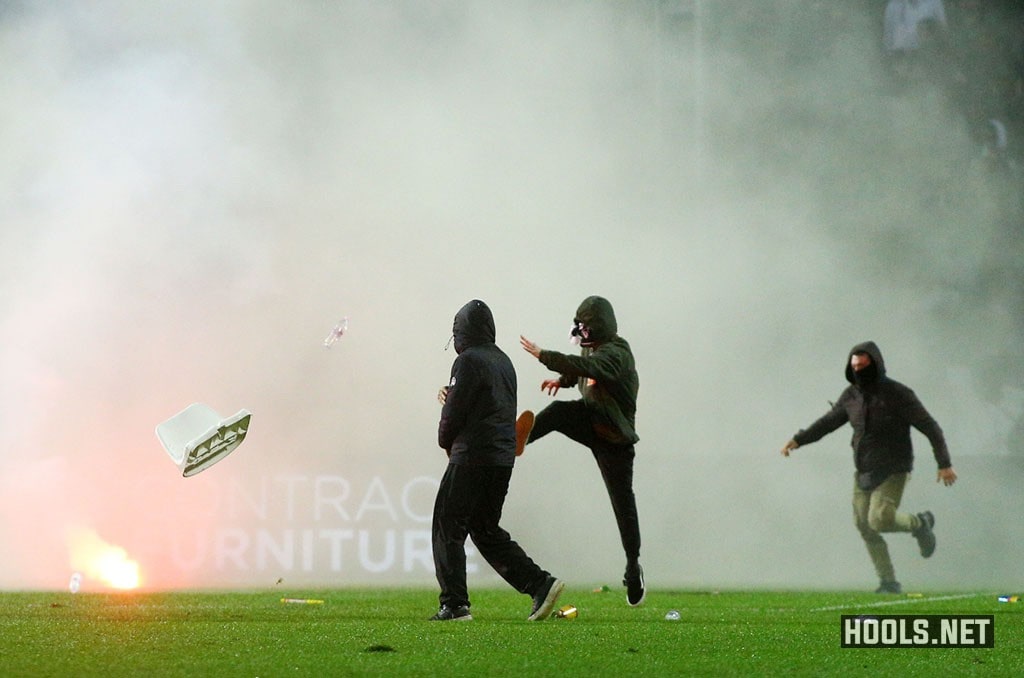 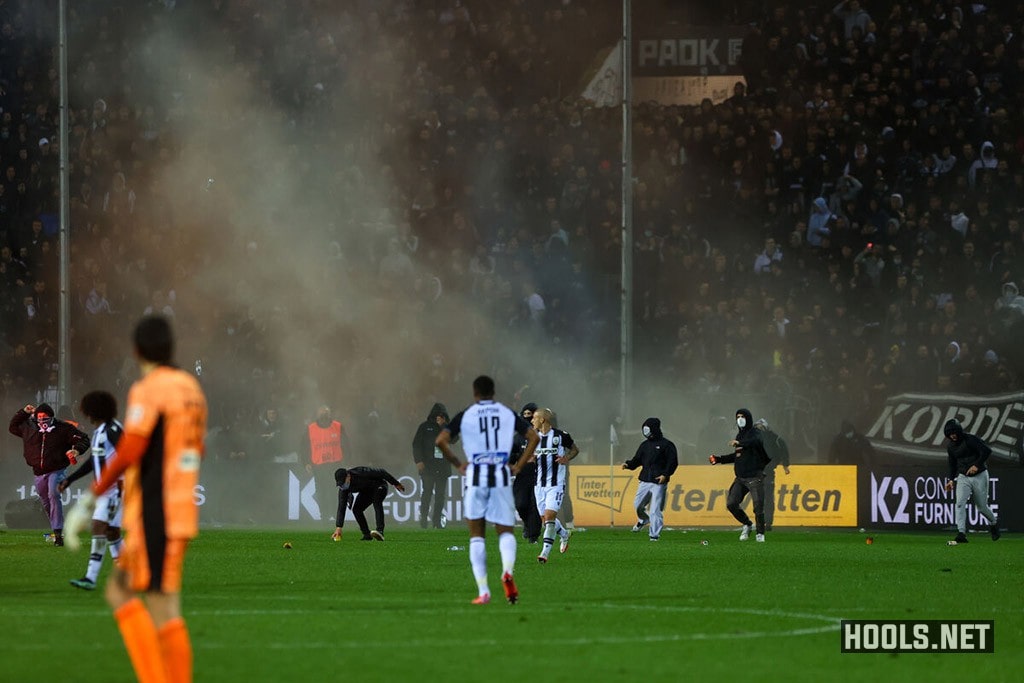 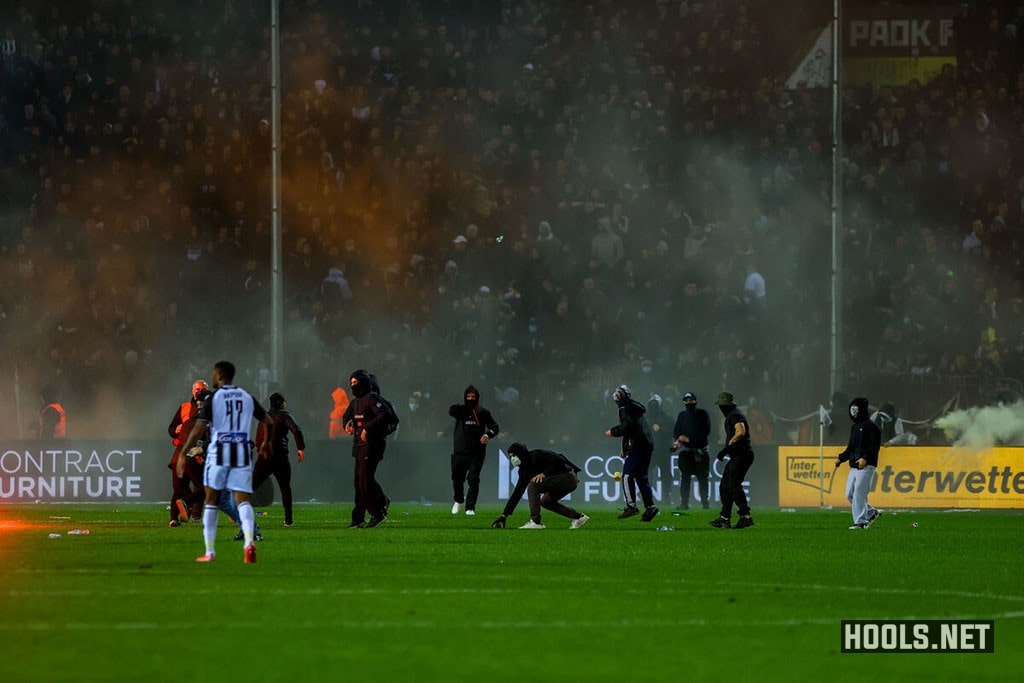 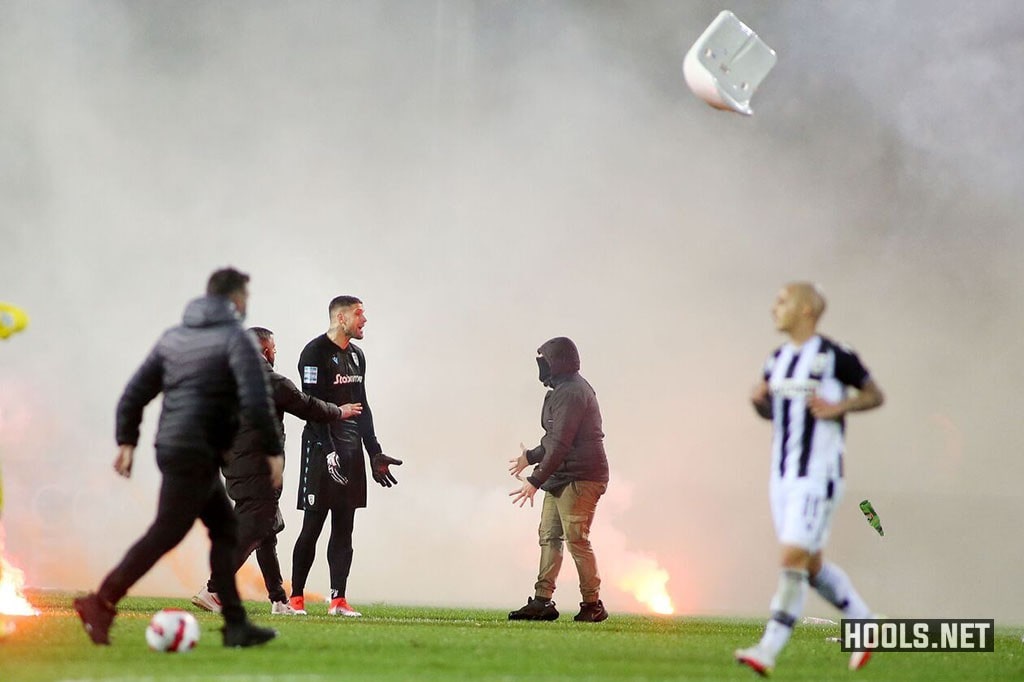 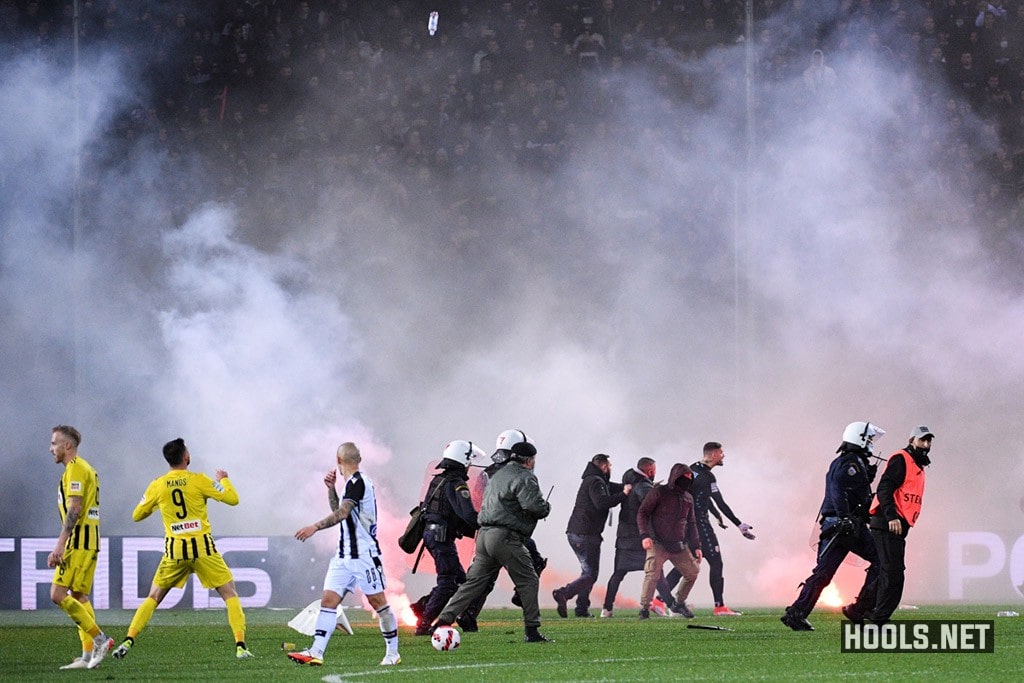 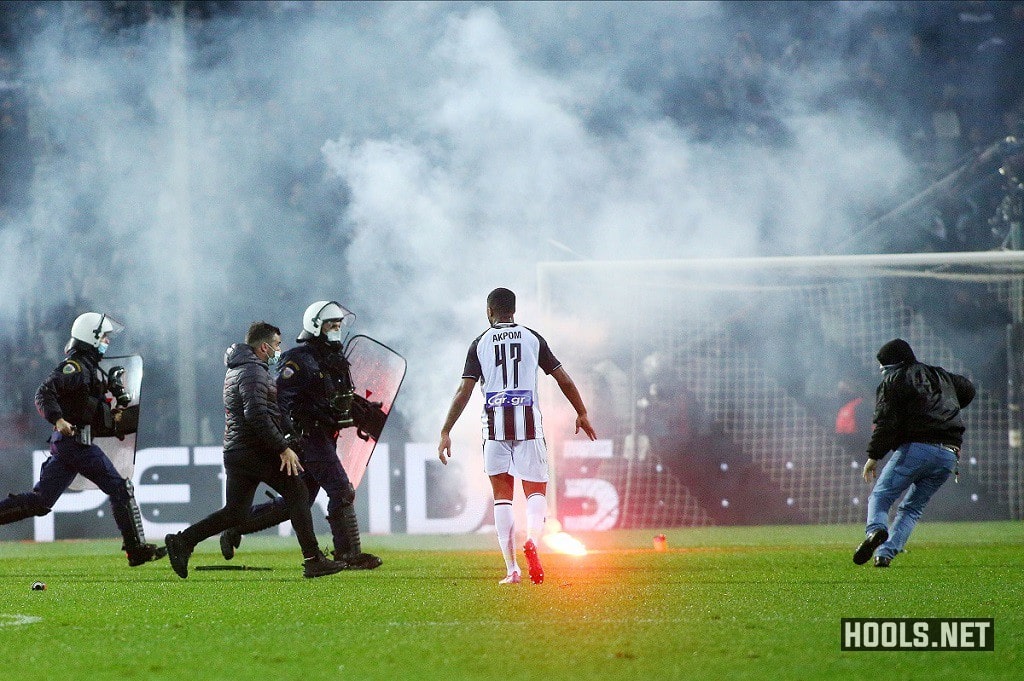 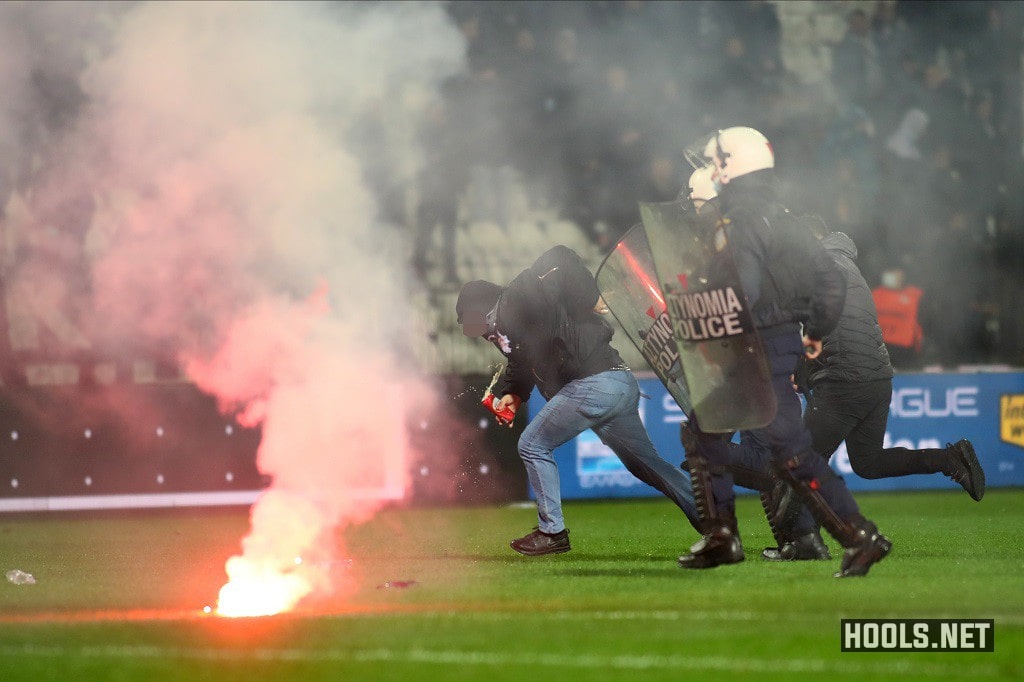 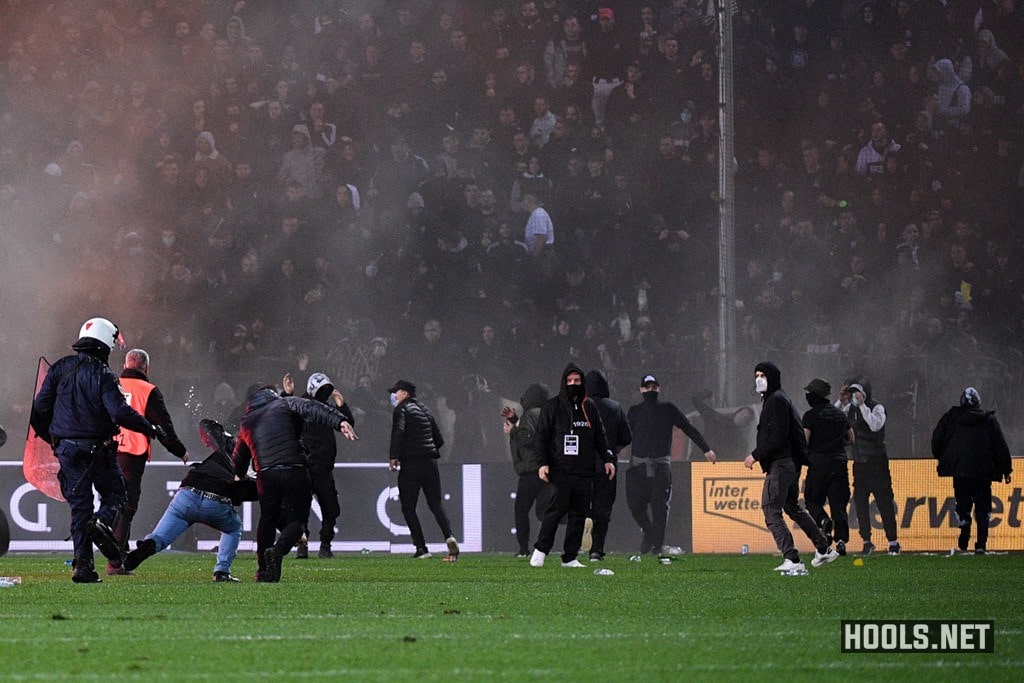 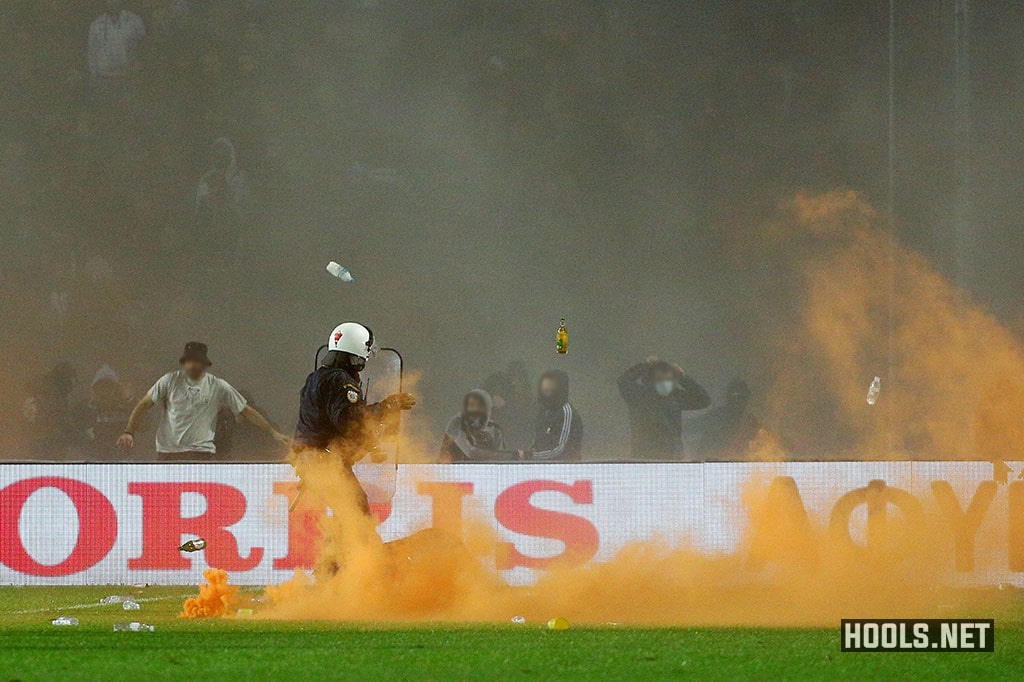 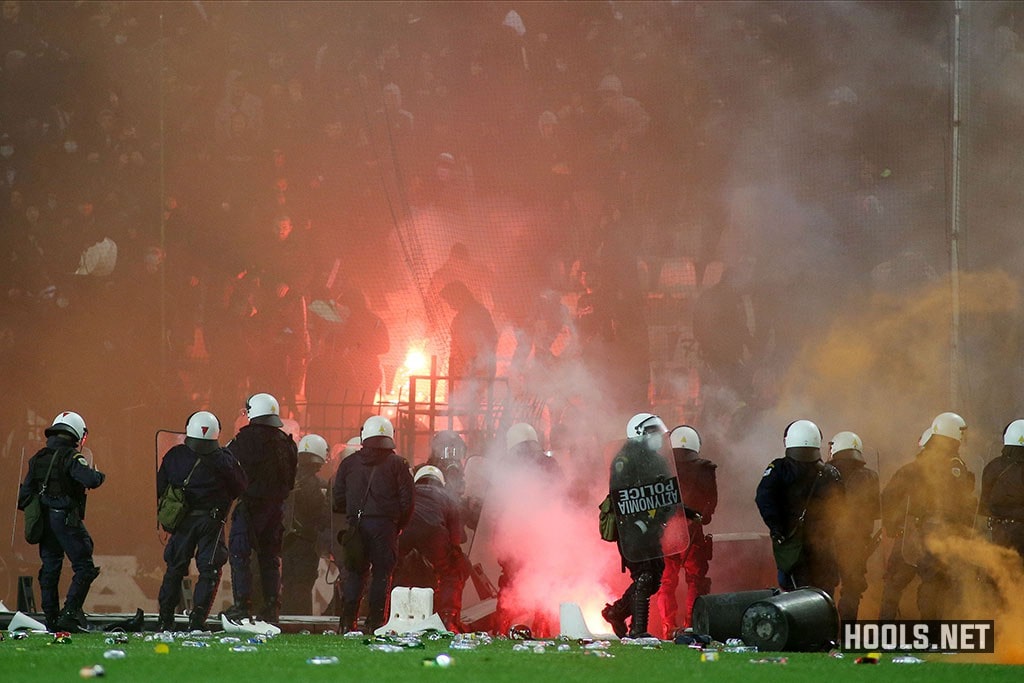 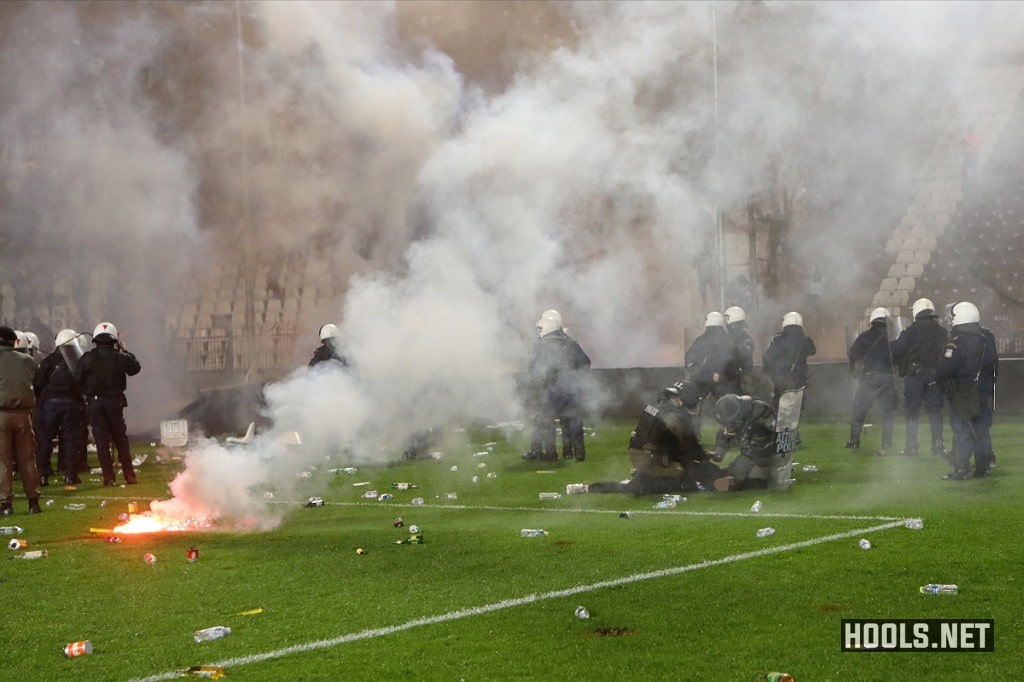