Valerenga fans pinched a flag from the Brann section before kick-off in their Eliteserien clash on Sunday.

The video below shows two lads running across the pitch with a red and white flag and then confronting a steward trying to catch them.

The captured flag was placed in the Valerenga fans’ end behind the goal and later burned. 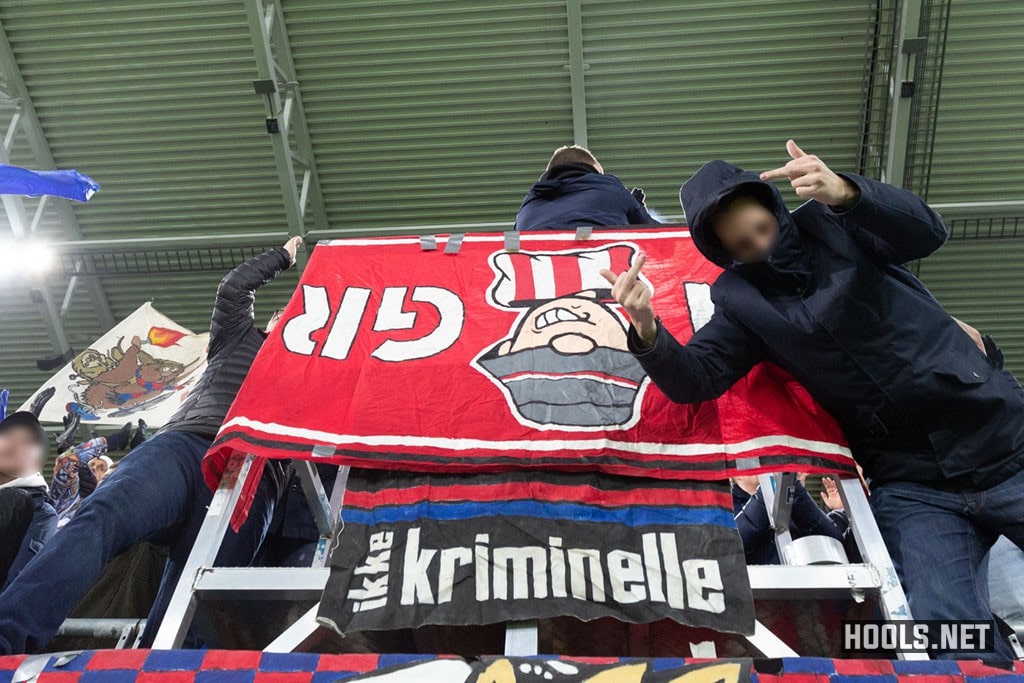 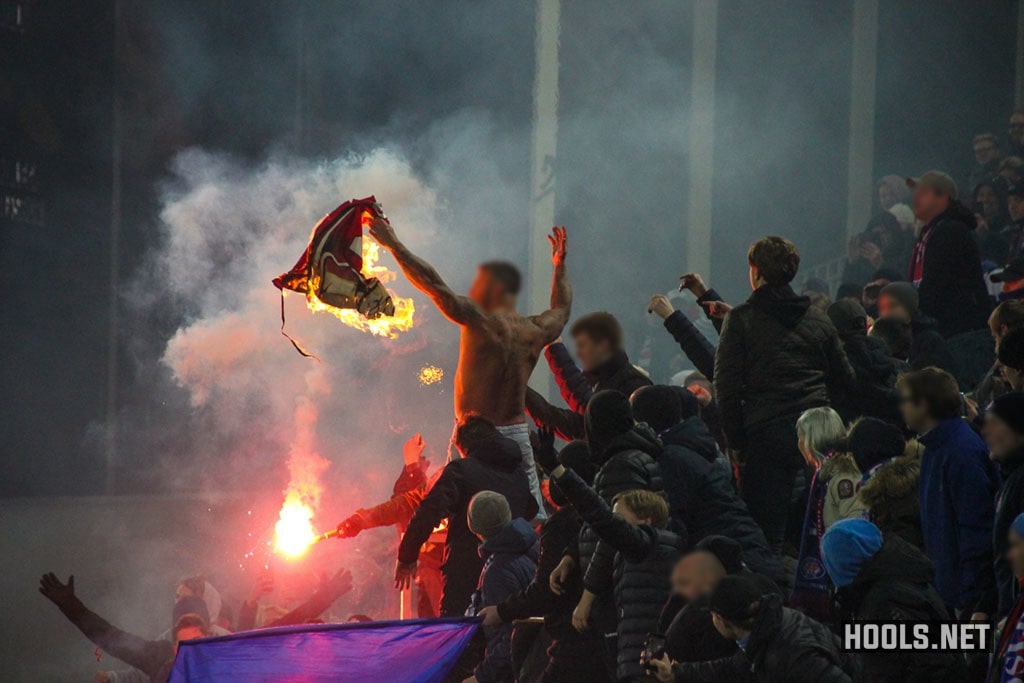 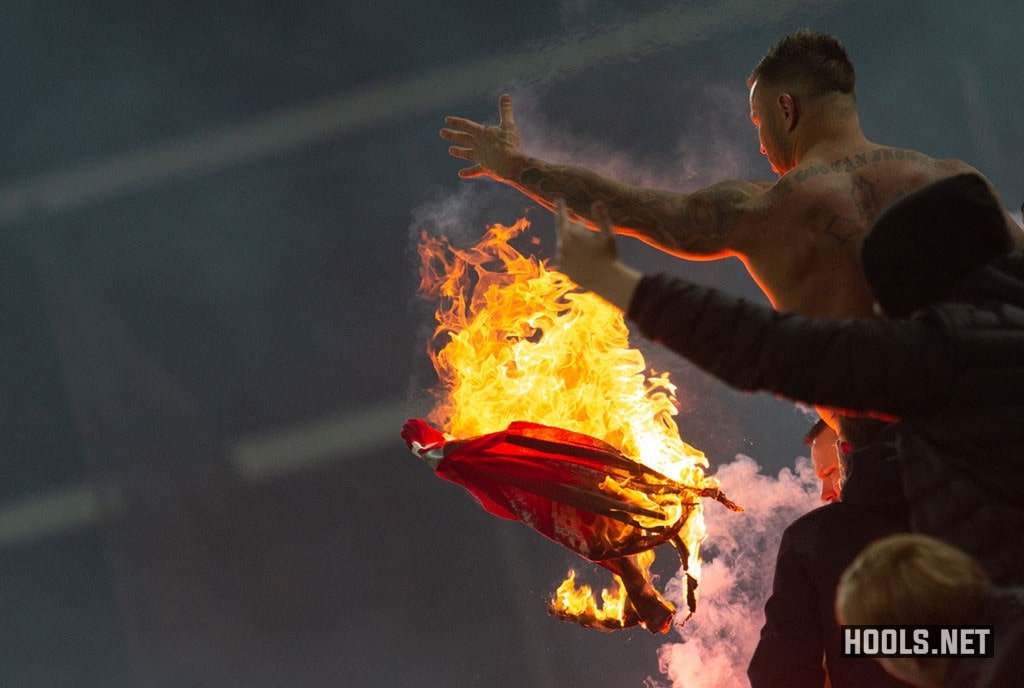