On 13 May 2006, FC Basel hosted rivals FC Zurich at St Jakob-Park in the last match of the Swiss Super League season for both sides.

Basel, who had won the two previous league titles, were three points ahead of Zurich at the top of the table going into the final day of the season. However, Zurich had a better goal difference than Basel, which meant that a win would guarantee them the title.

The match was neck and neck throughout the whole game. Near the end of a tense, foul-strewn game, and with the score at 1-1, most of those in the stadium were already celebrating Basel’s championship victory. But in the third minute of injury time, the visitors went 2-1 ahead when Zurich midfielder Florian Stahel crossed the ball into the Basel penalty area where it was met by teammate Iulian Filipescu who sent the ball into the net past Basel keeper Pascal Zuberbuhler.

Moments later the full-time whistle sounded and dozens of irate Basel fans stormed the pitch, attacking Zurich players – particularly Filipescu. A flare was also thrown at the Romanian defender, but it missed its target.

As riot police entered the pitch, the fans began hurling flares and other objects at them.

Afterwards, the violence continued outside the ground, with angry Basel fans clashing with riot police and smashing cars.

Around 100 people were injured, 15 of whom were taken to hospital. At least 25 people were arrested. 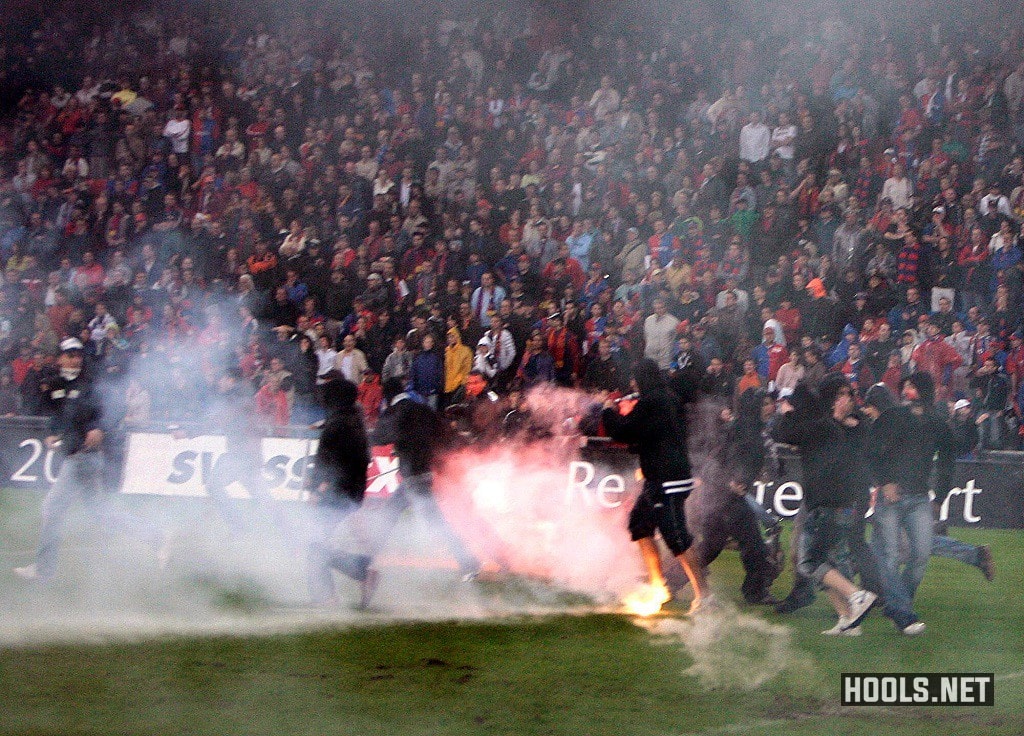 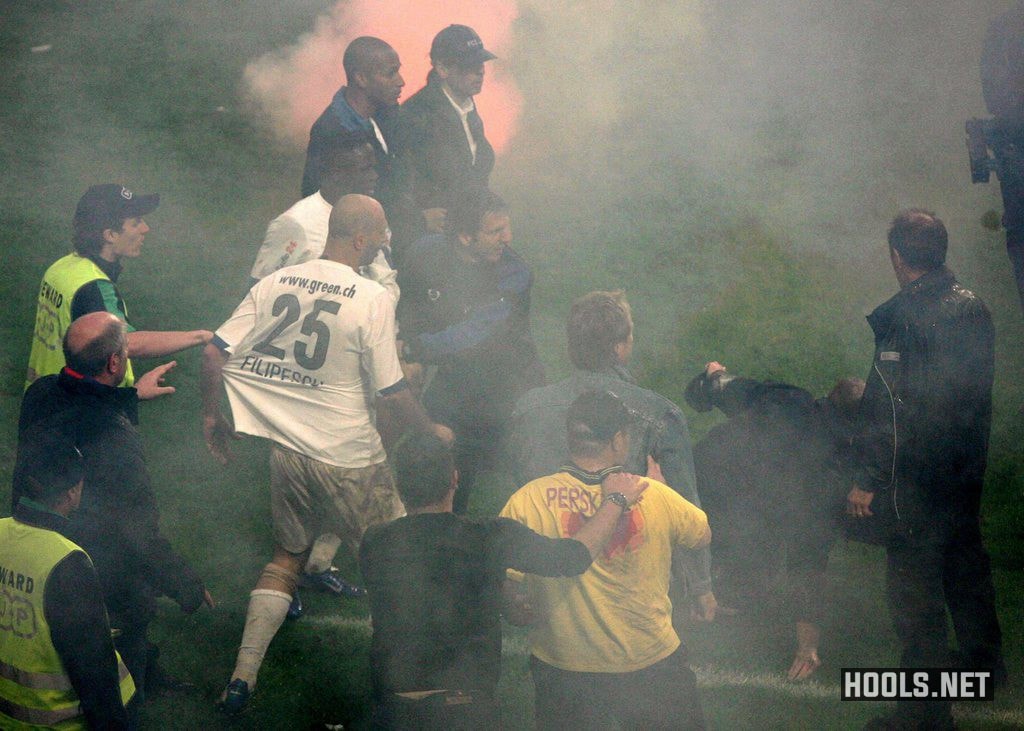 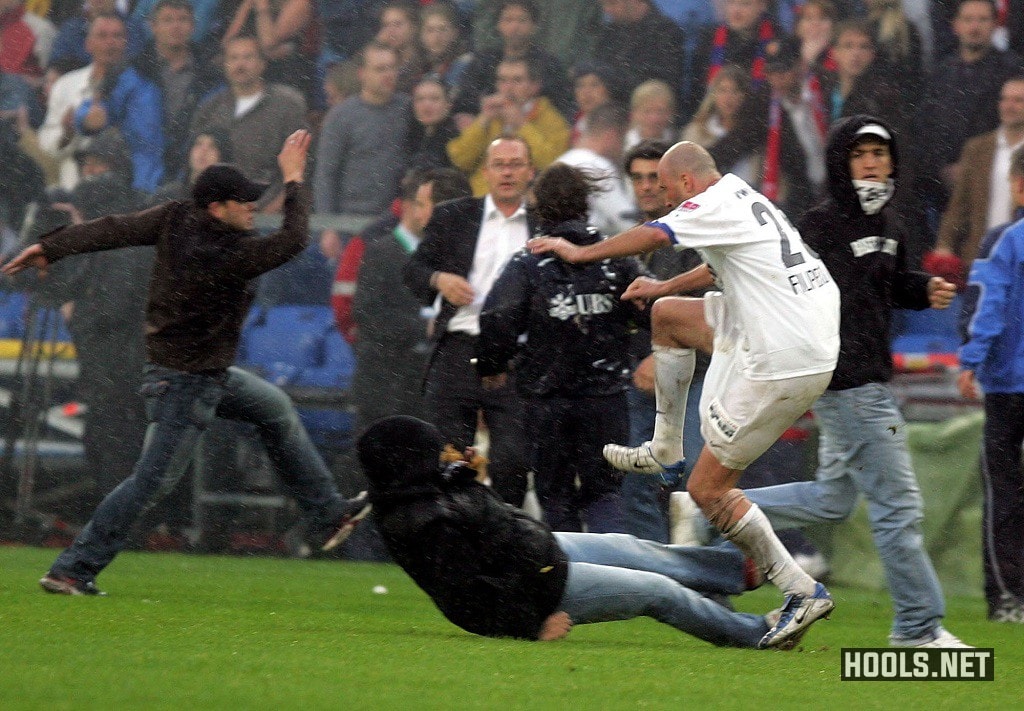 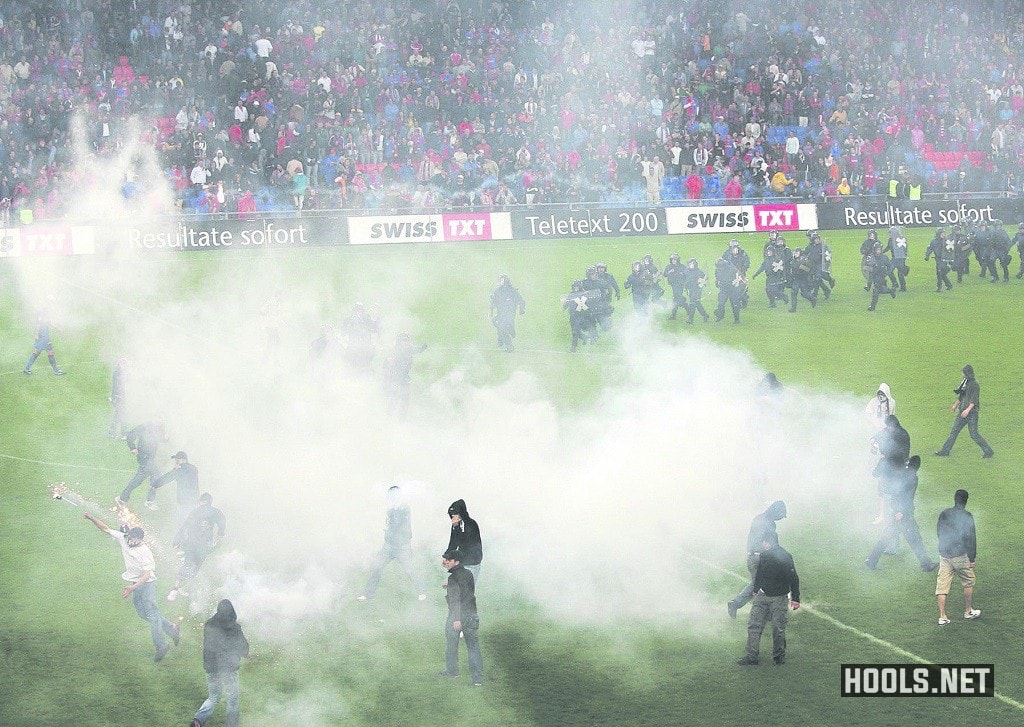 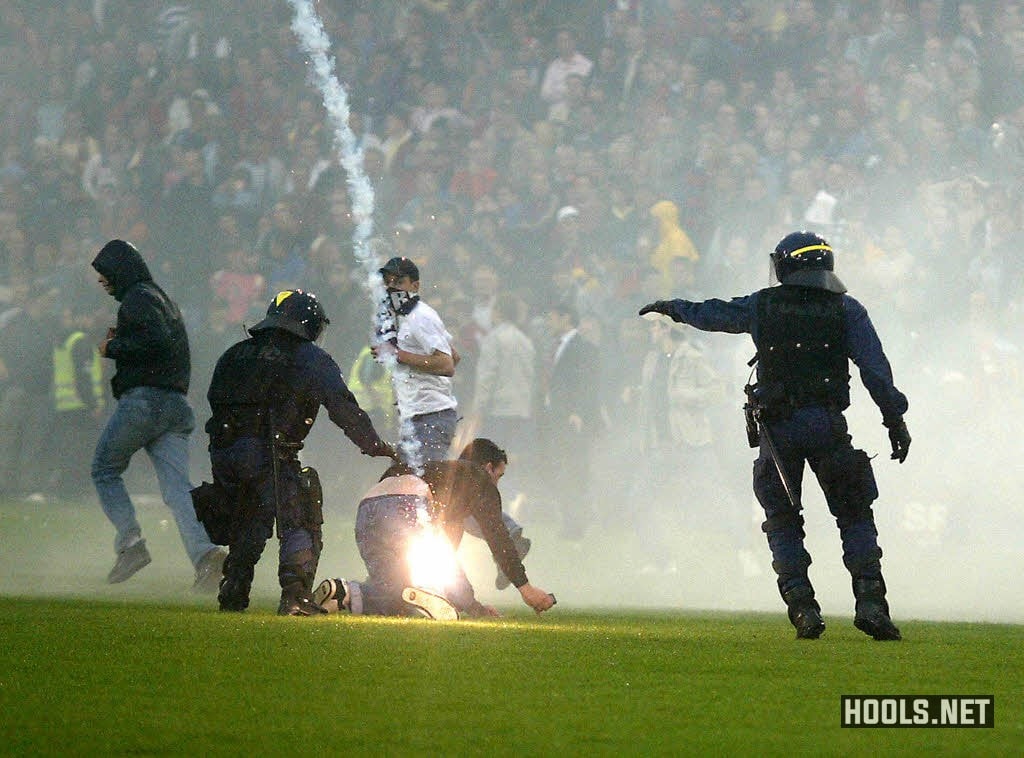 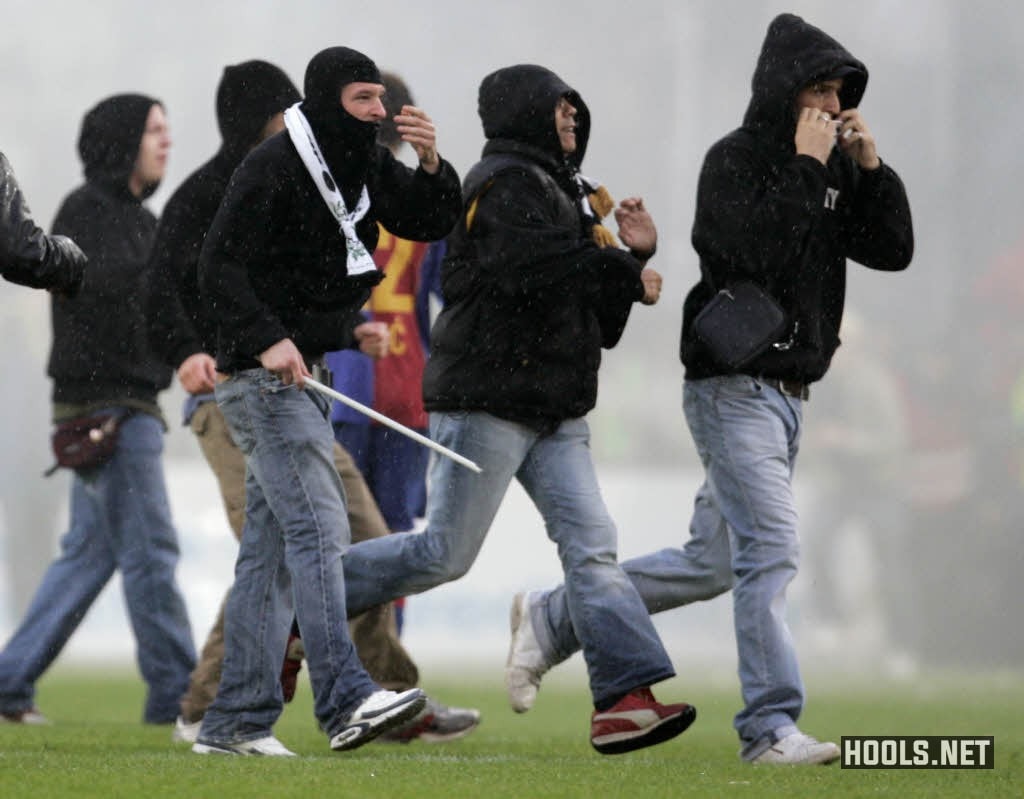 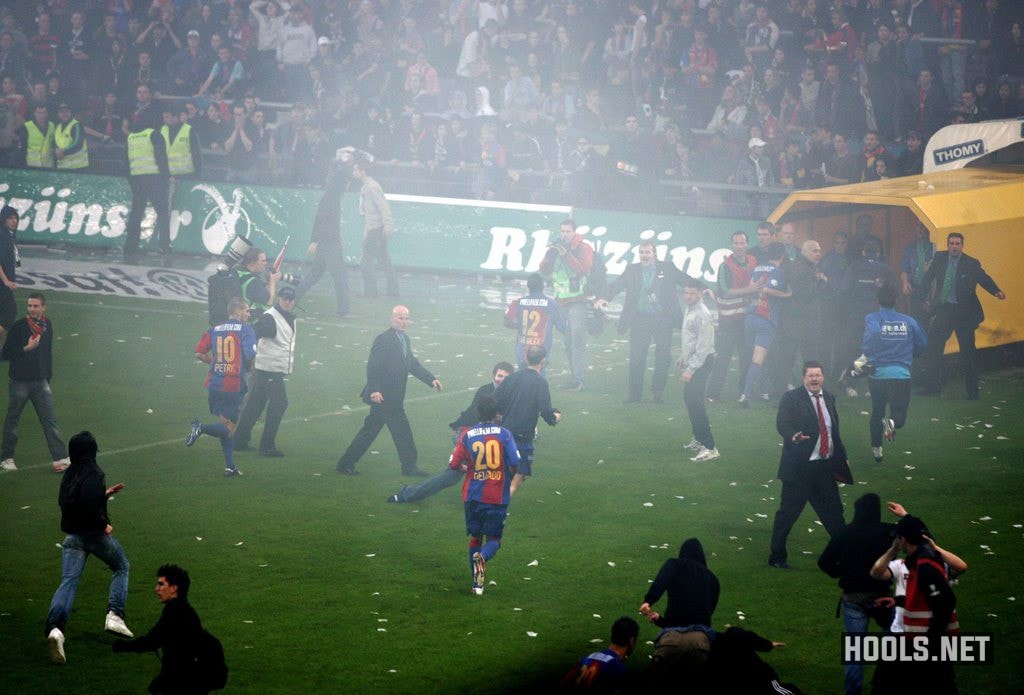 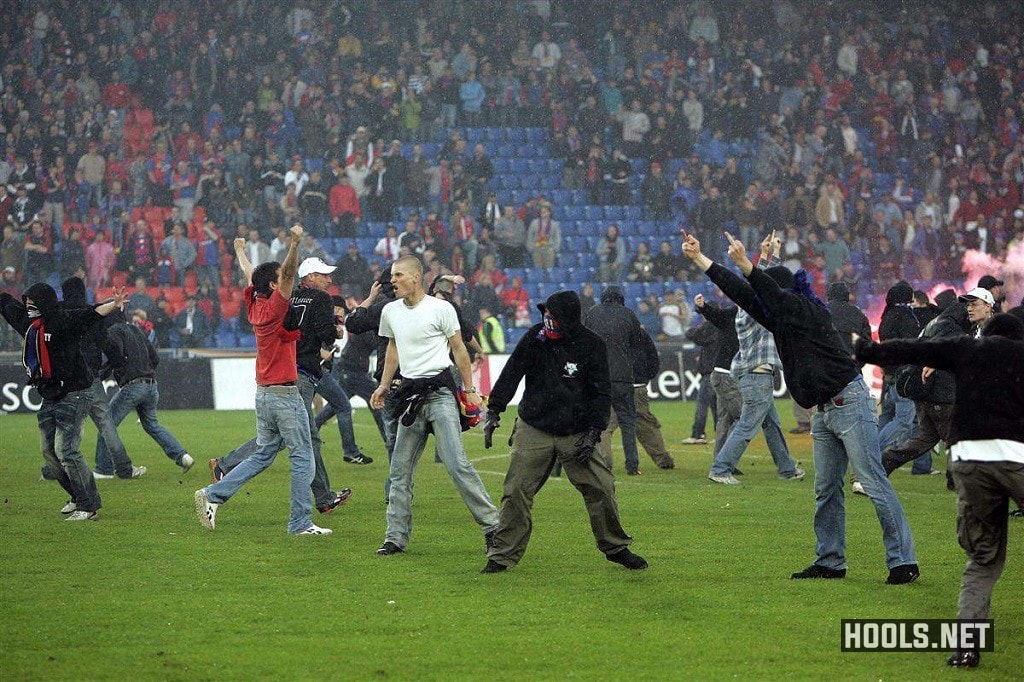 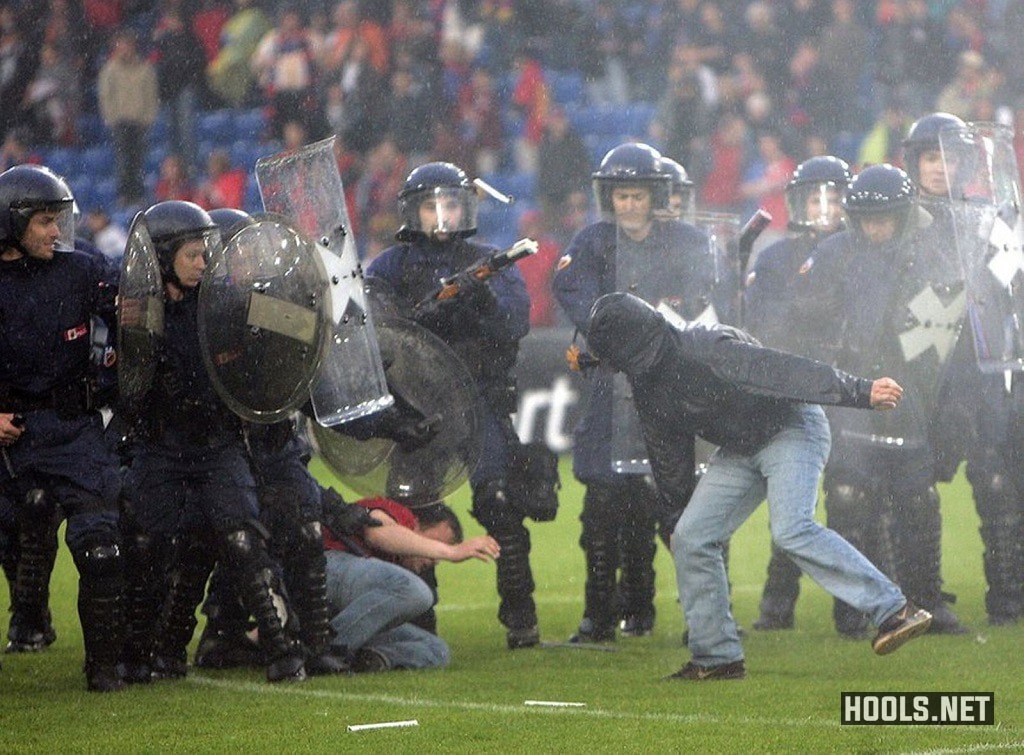 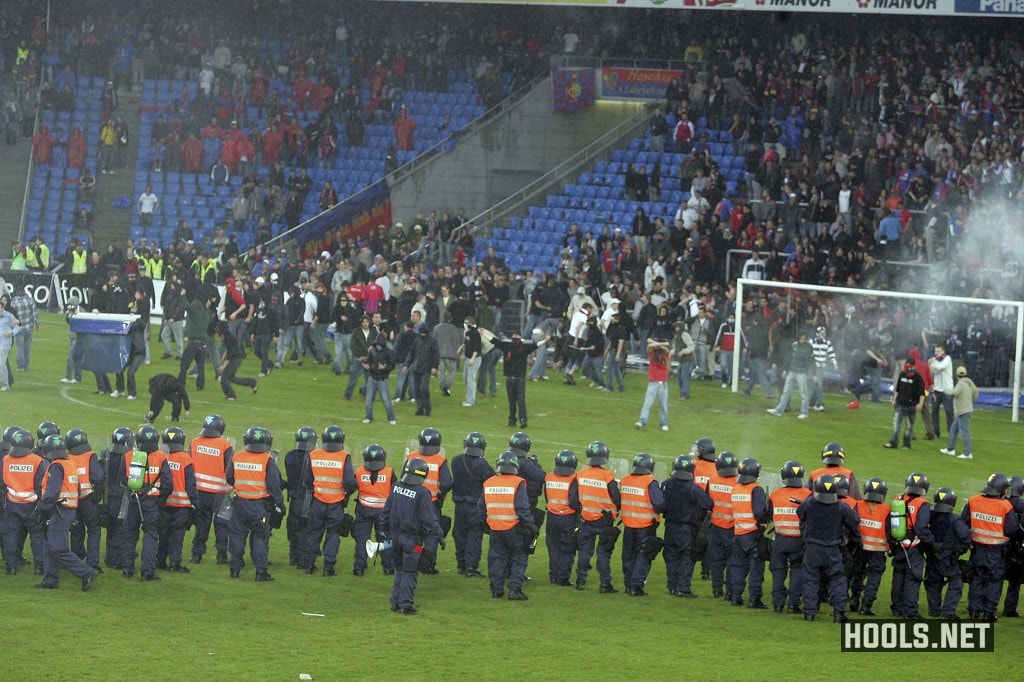 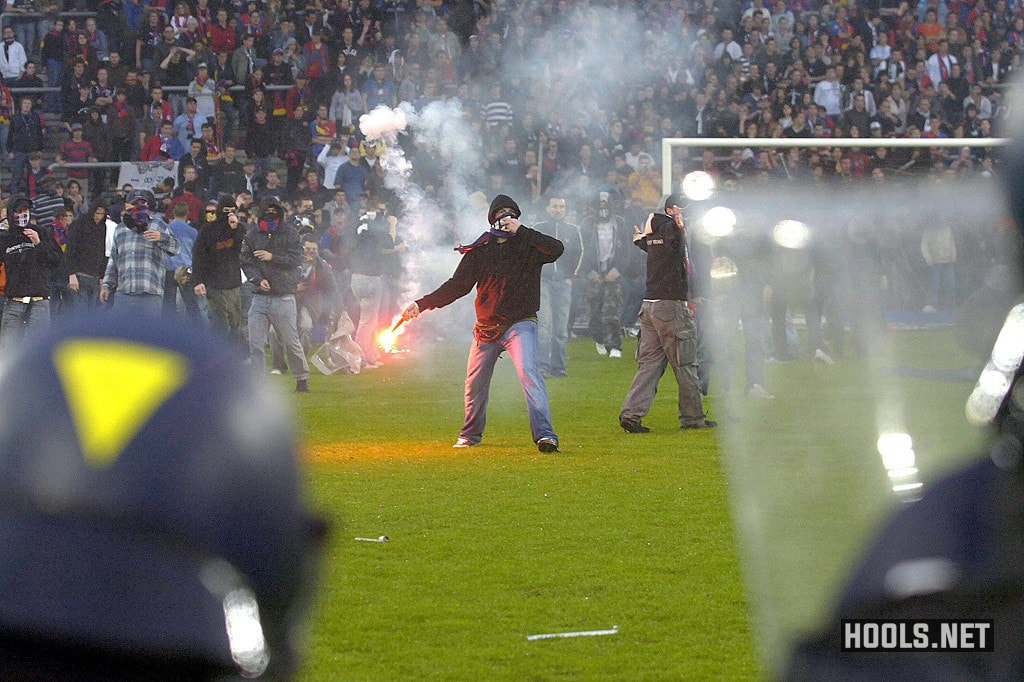 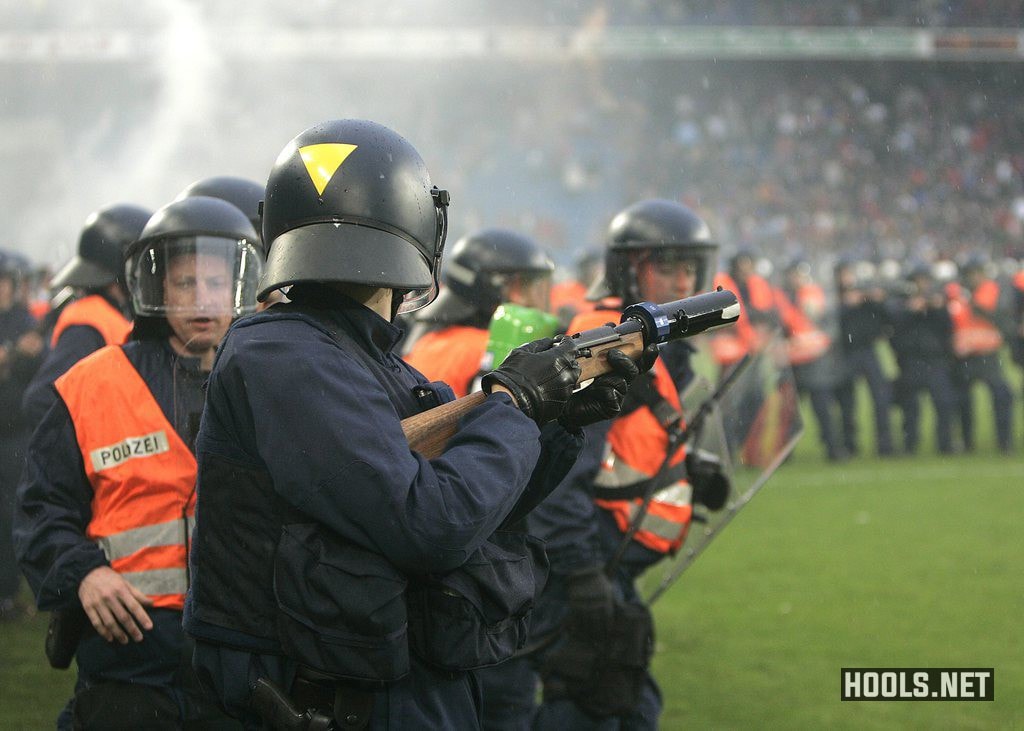 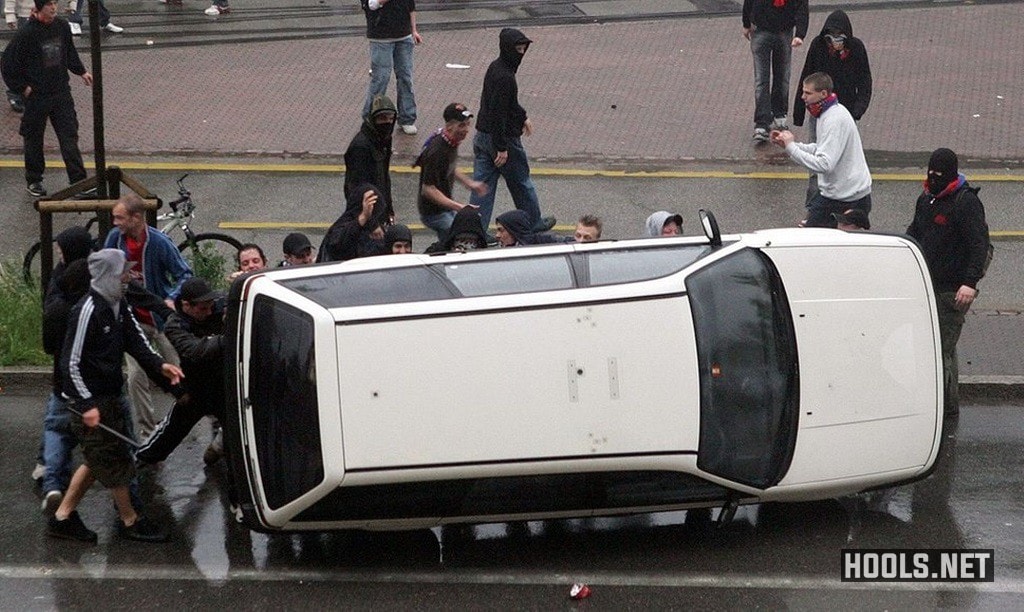 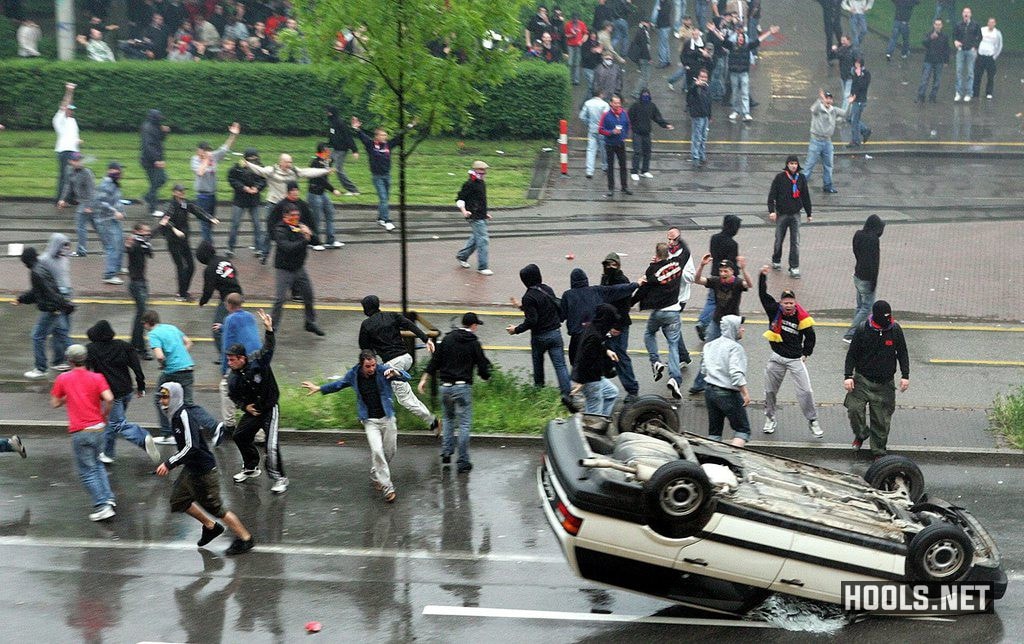