On this day in 2011, AEK fans clashed with riot police at the Athens Olympic Stadium following their Greek Cup final victory over Atromitos.

At the final whistle hundreds of AEK fans flooded on to the pitch in jubilation, with some running towards the Atromitos end.

The pitch soon became a battlefield as riot cops stepped in to prevent rival fans clashing and clear the pitch of the fans. The trophy presentation was delayed for 40 minutes as a result. 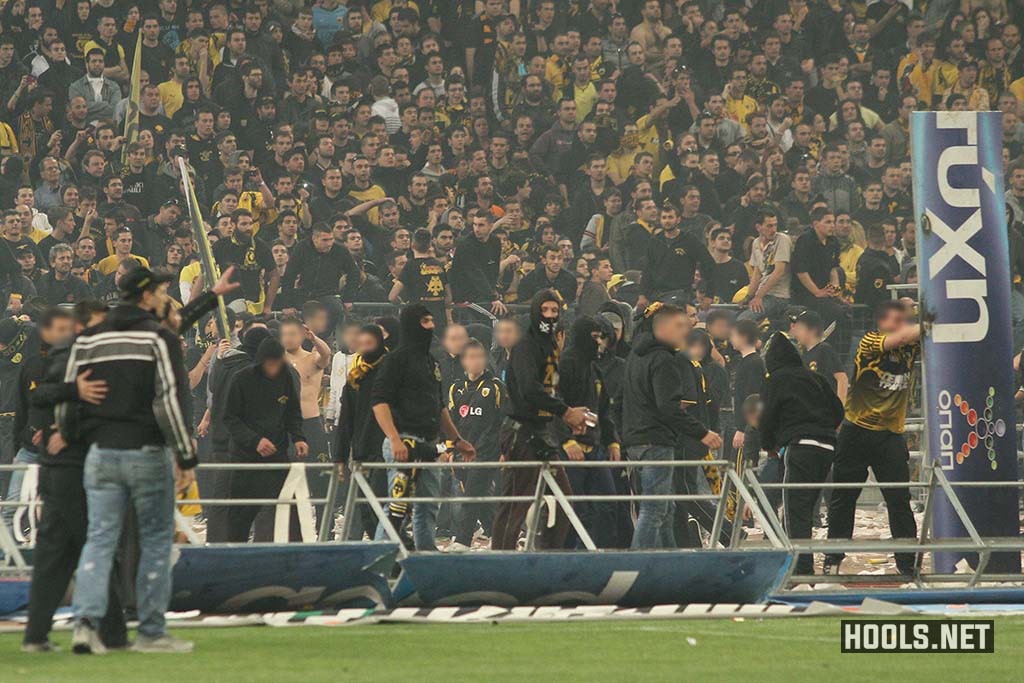 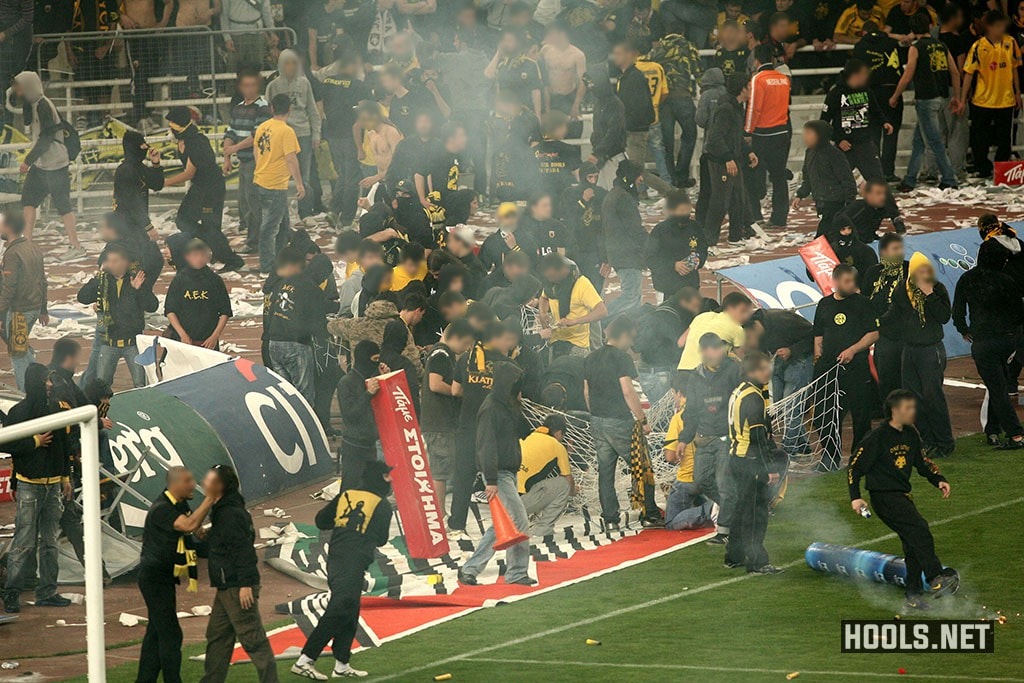 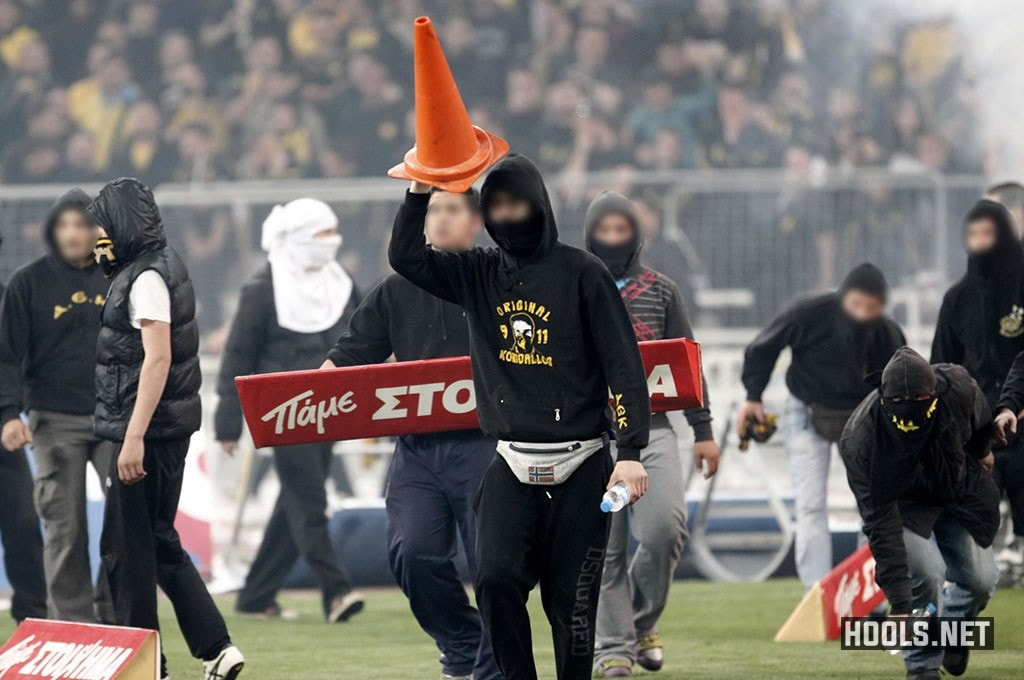 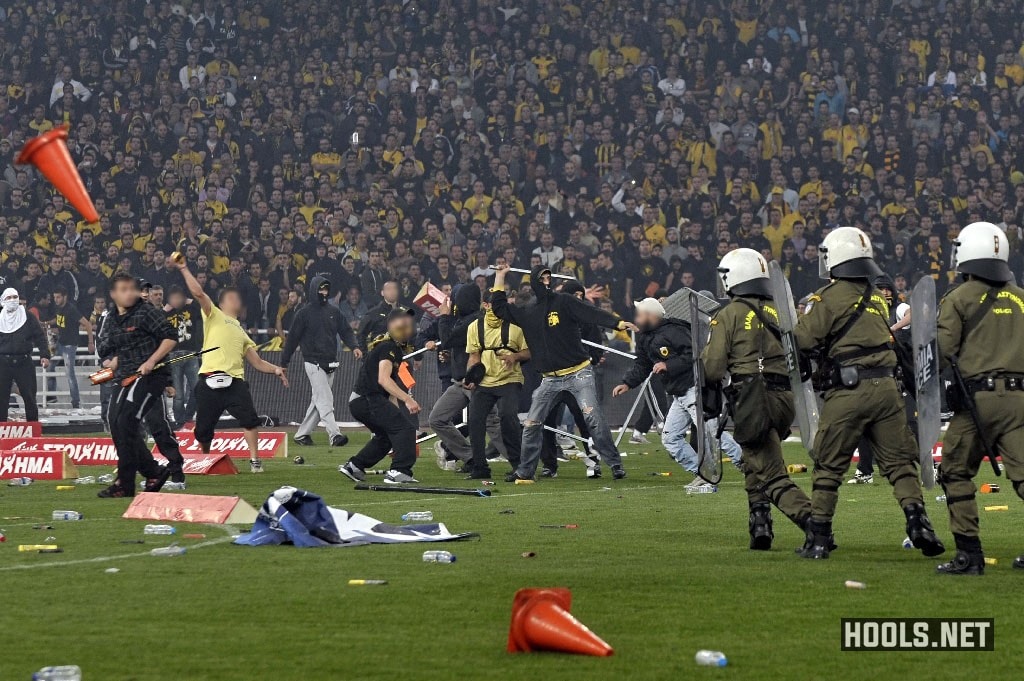 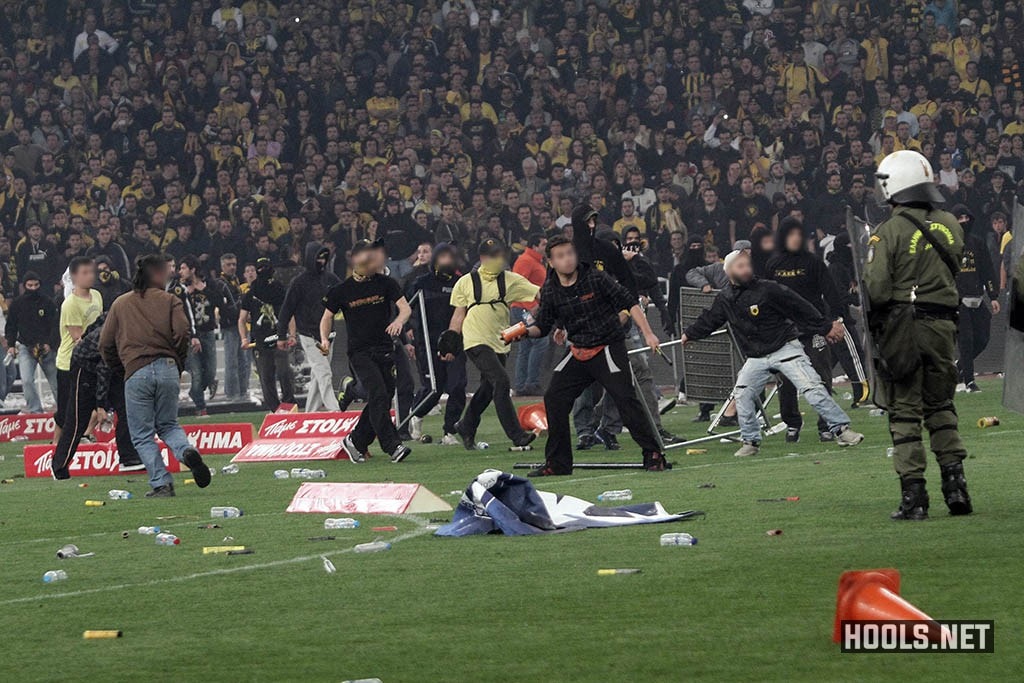 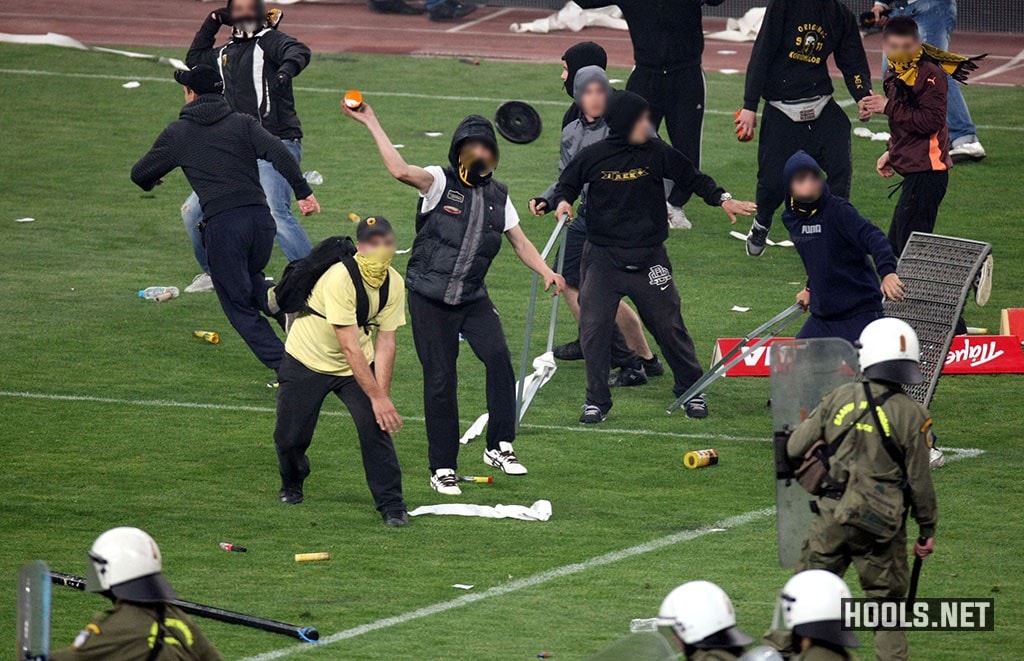 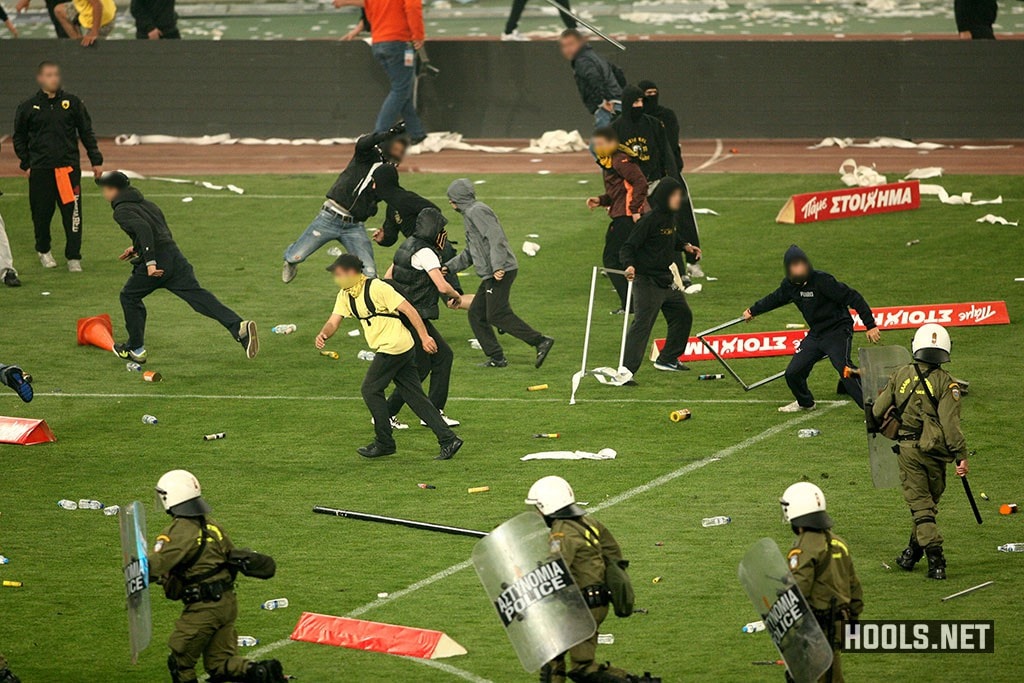 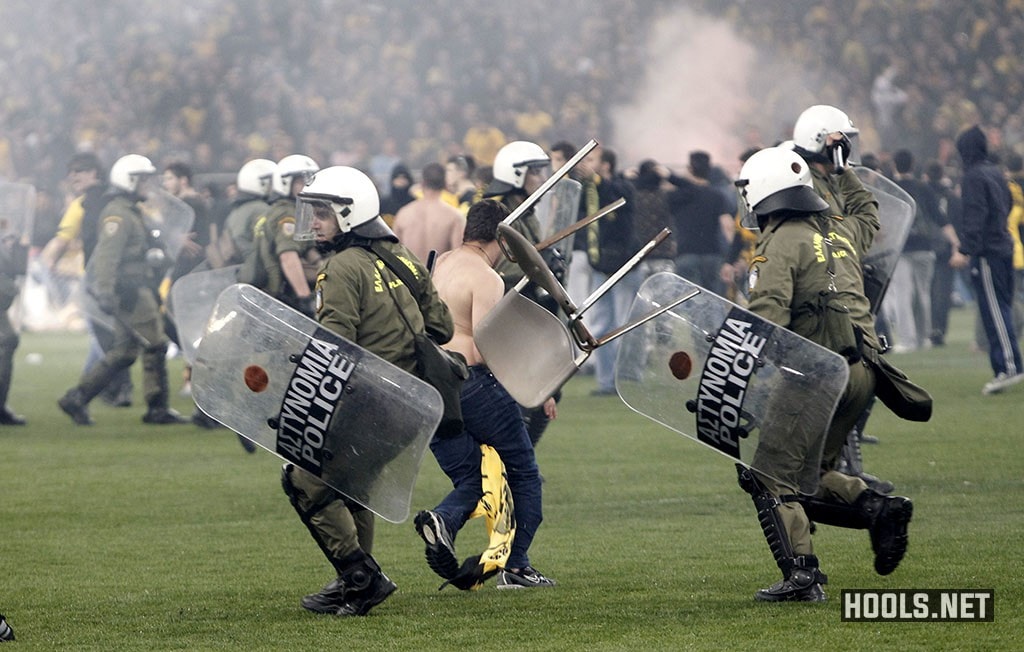 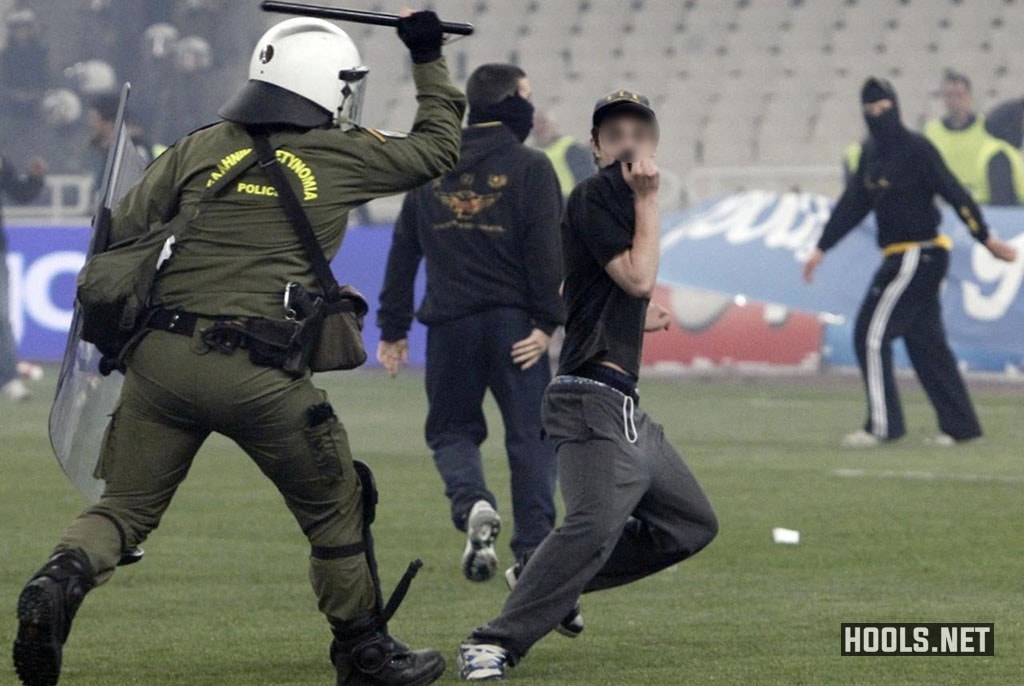 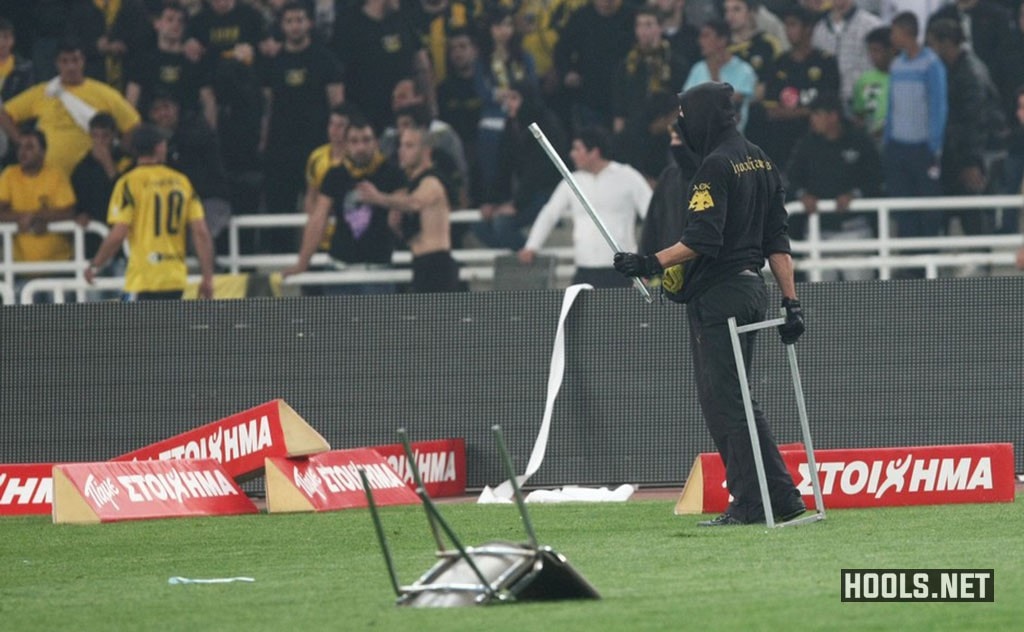 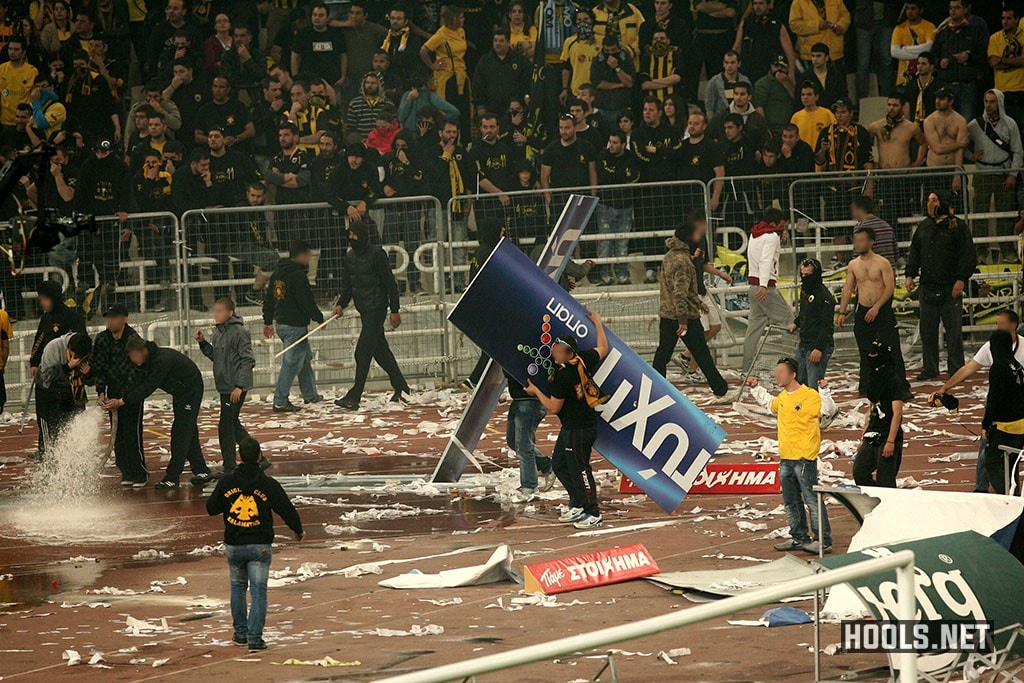 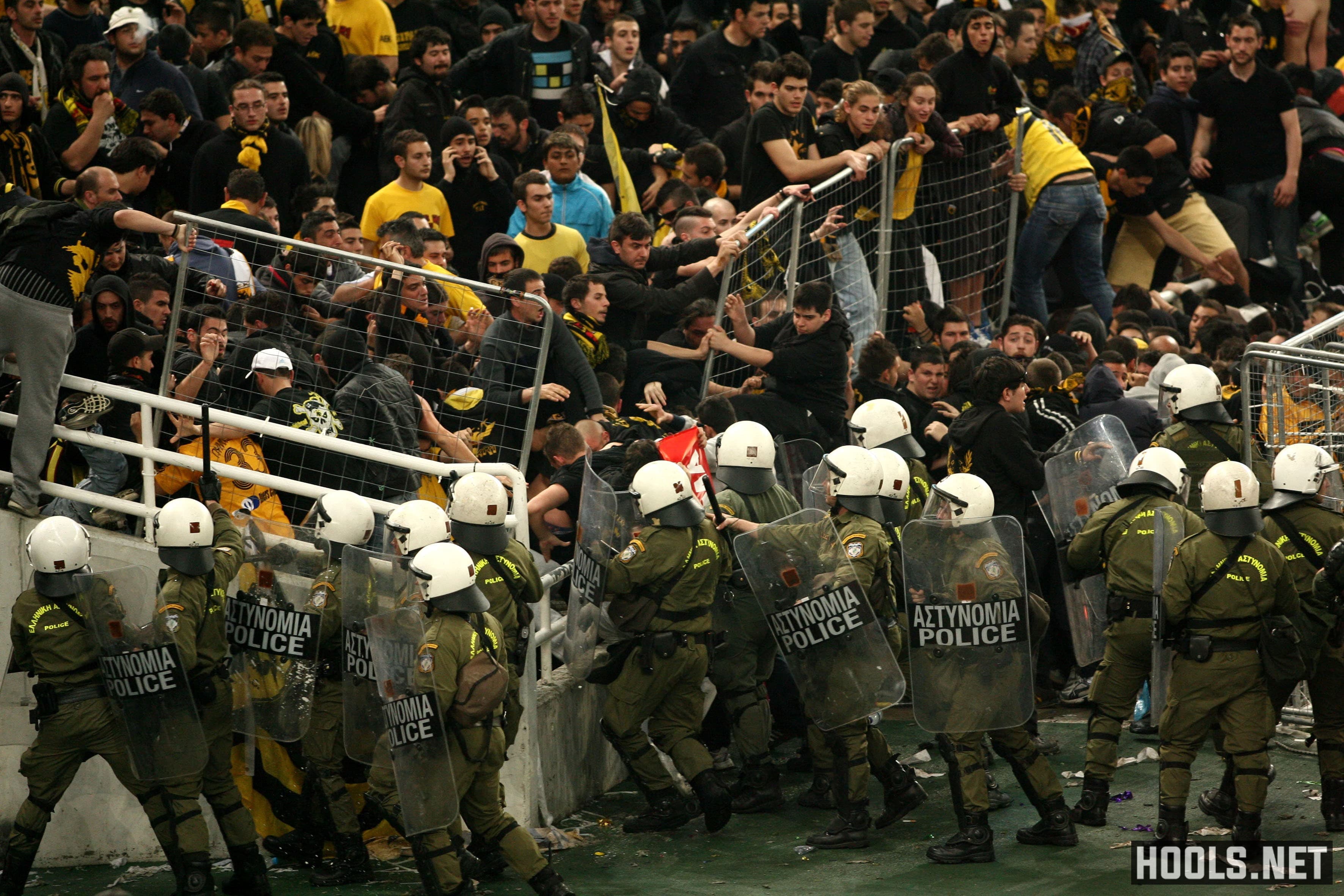 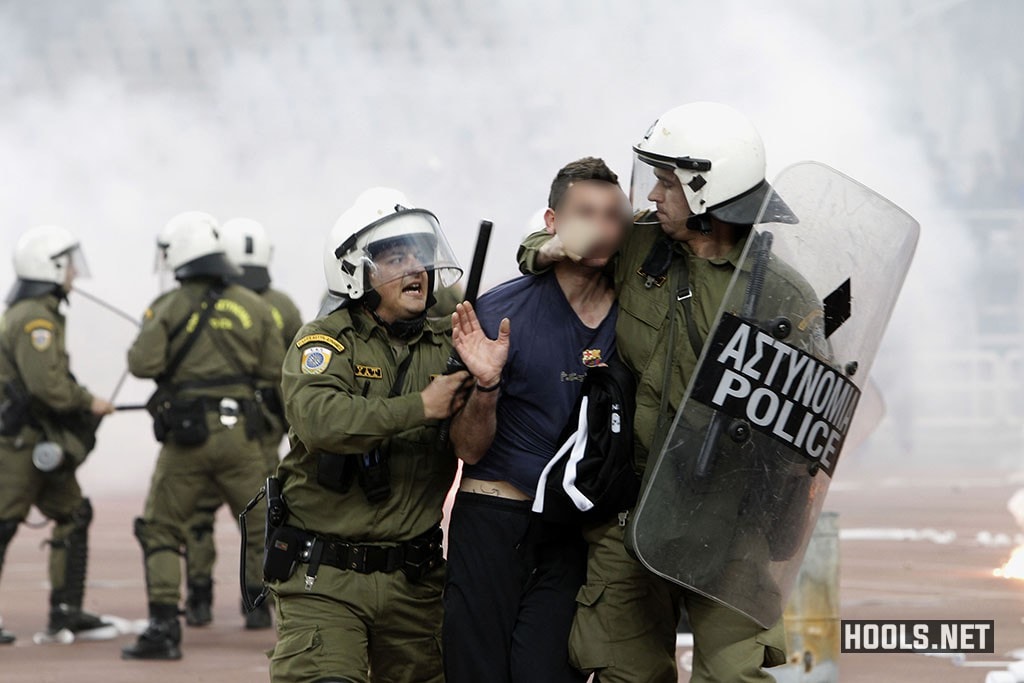 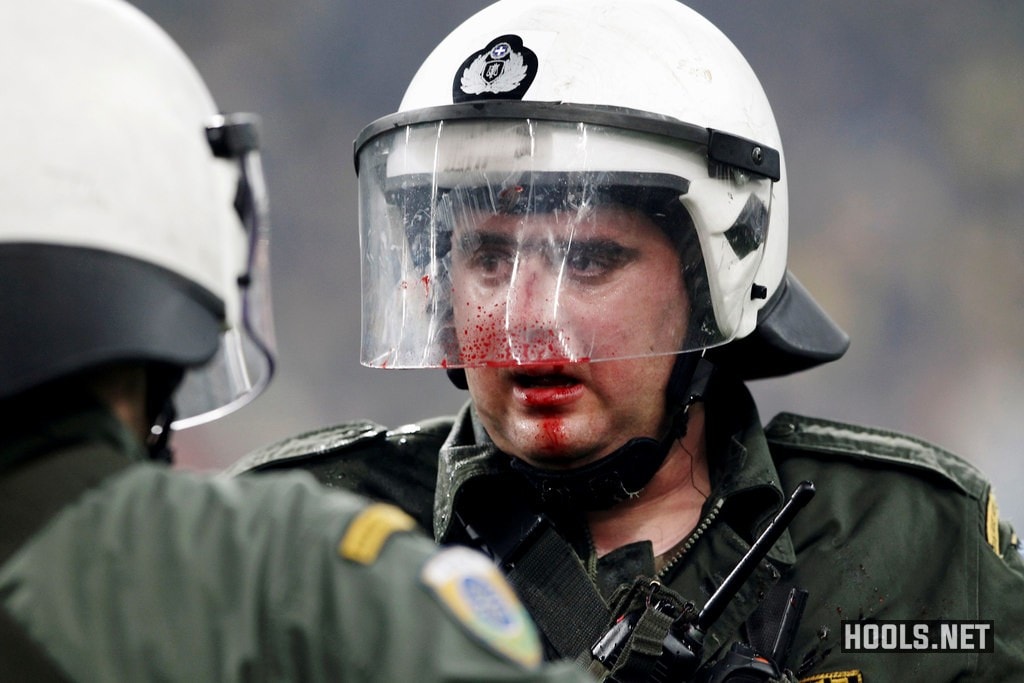 The kick-off was also delayed for several minutes as fans from both sides invaded the running track around the pitch and tried to get at each other, but were kept apart. 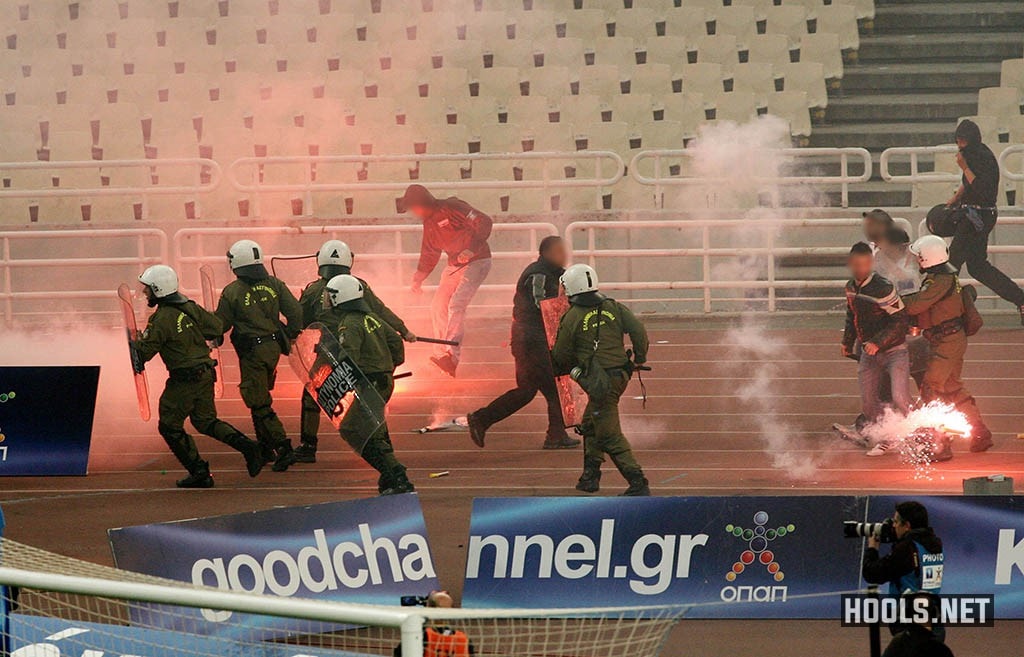 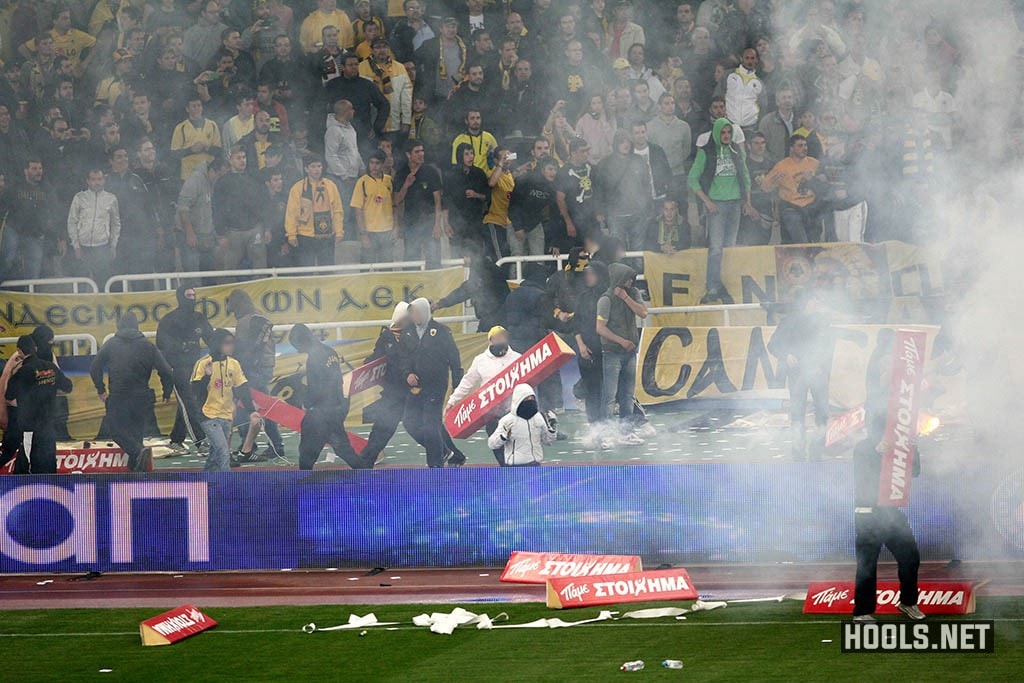 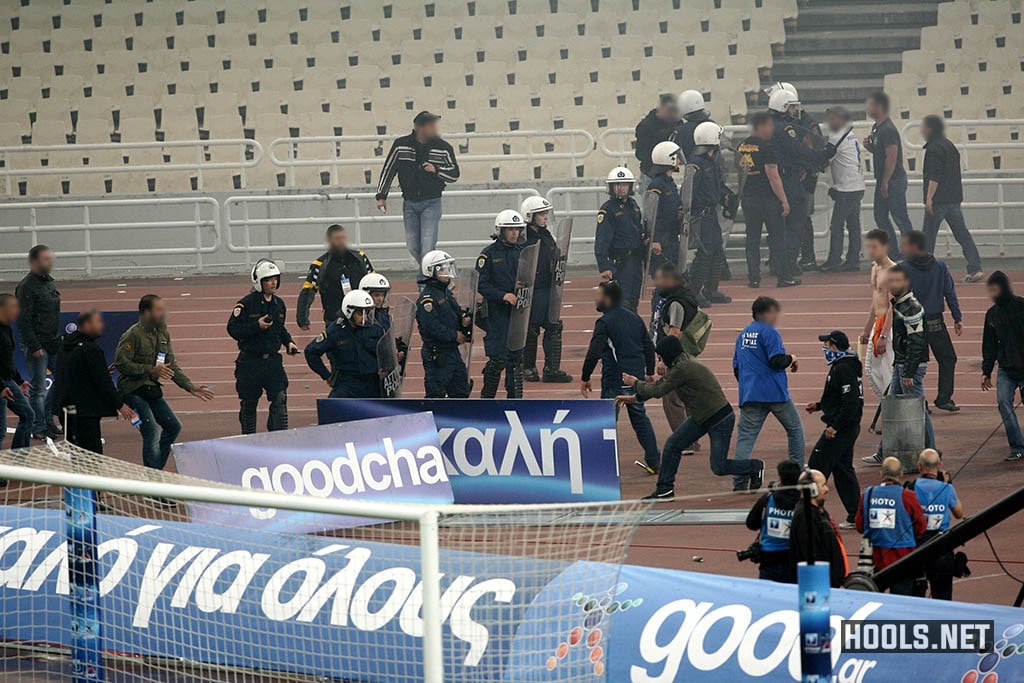 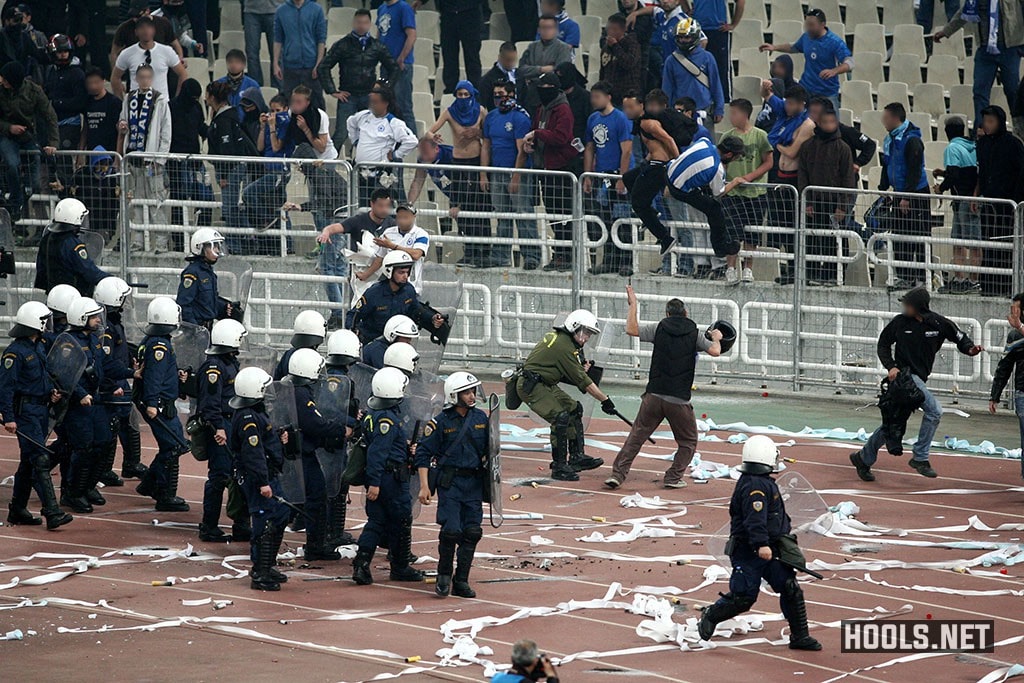 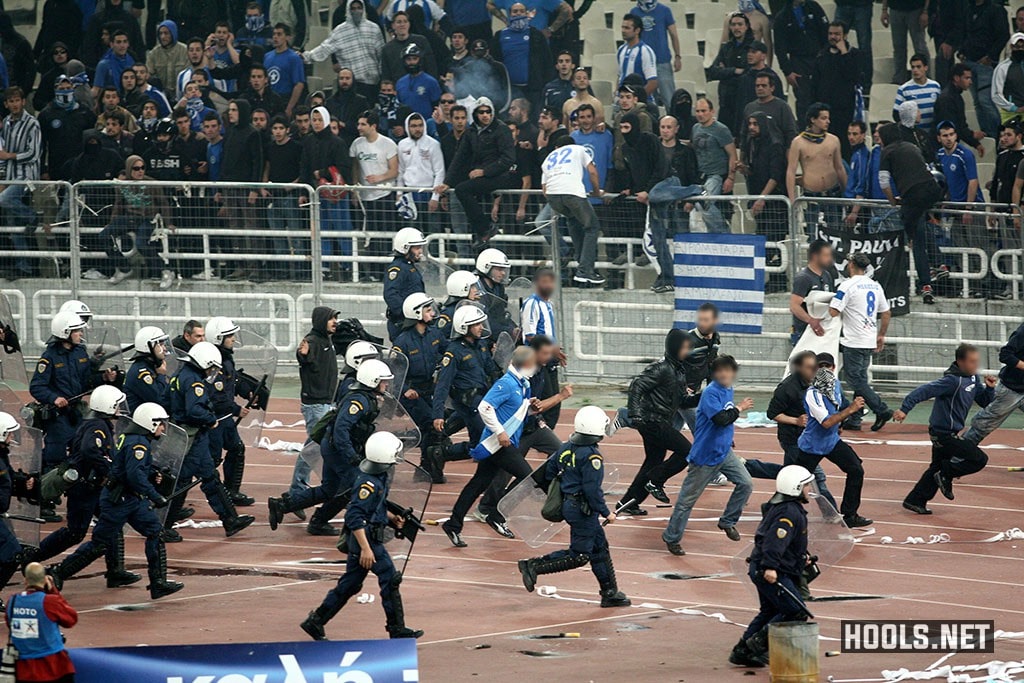 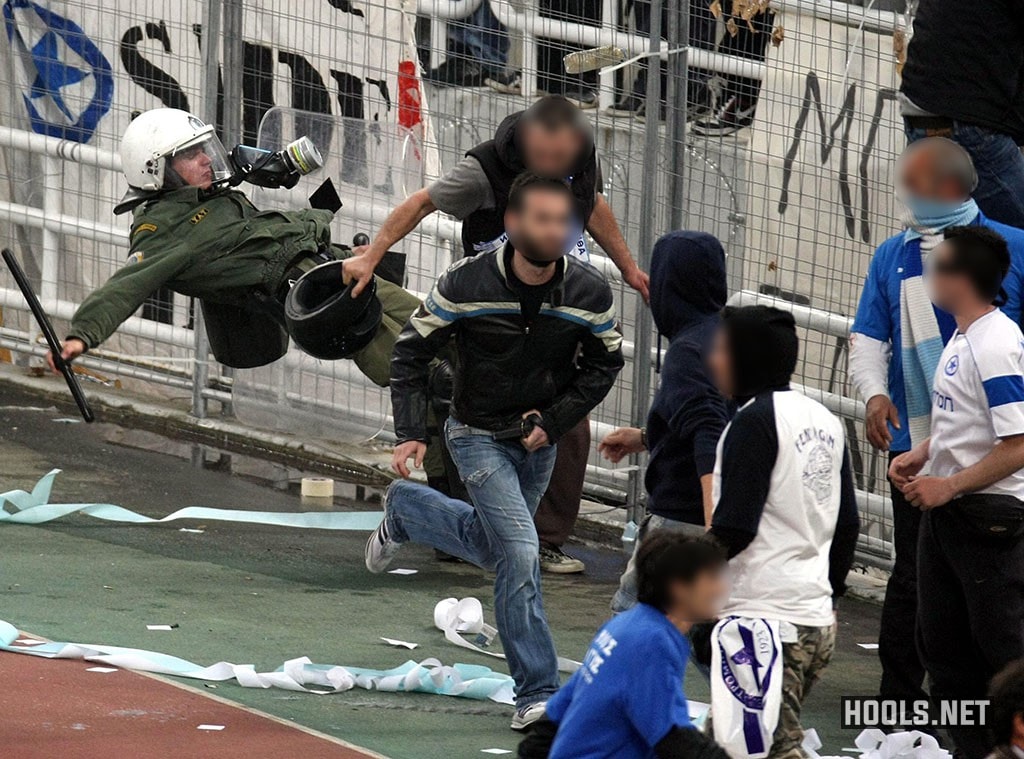 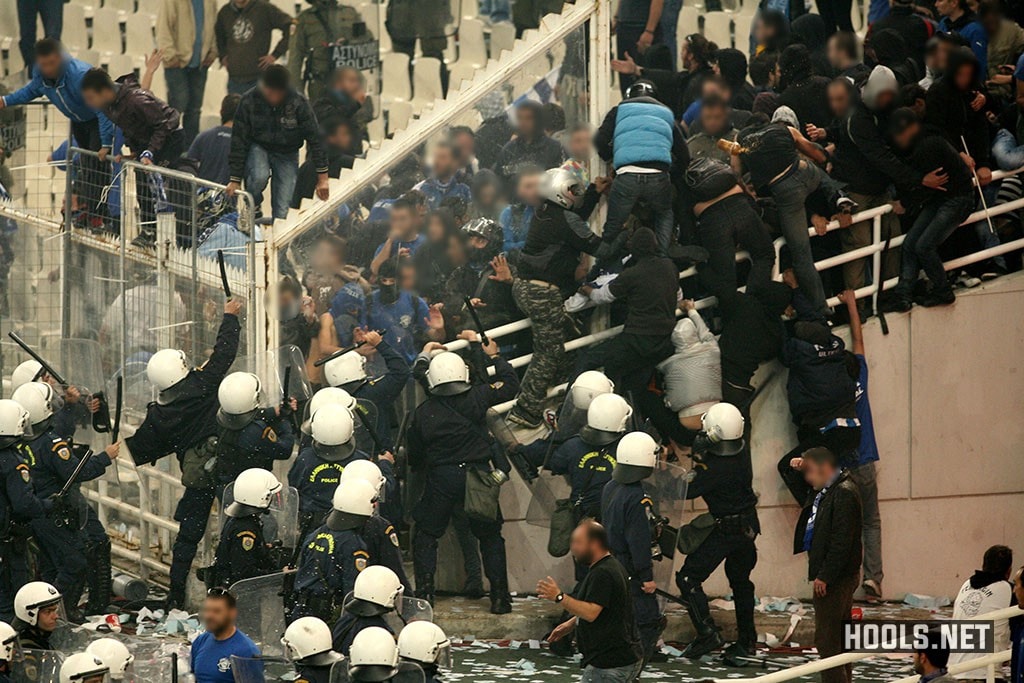