Bayern Munich fans were attacked by Spanish riot police at the Santiago Bernabeu during their Champions League match against Real Madrid on Tuesday night.

Riot police could be seen hitting Bayern Munich fans with batons in the away section of the ground during the half-time break.

Disagreements over flags and banners belonging to Bayern fans appeared to cause the violence. 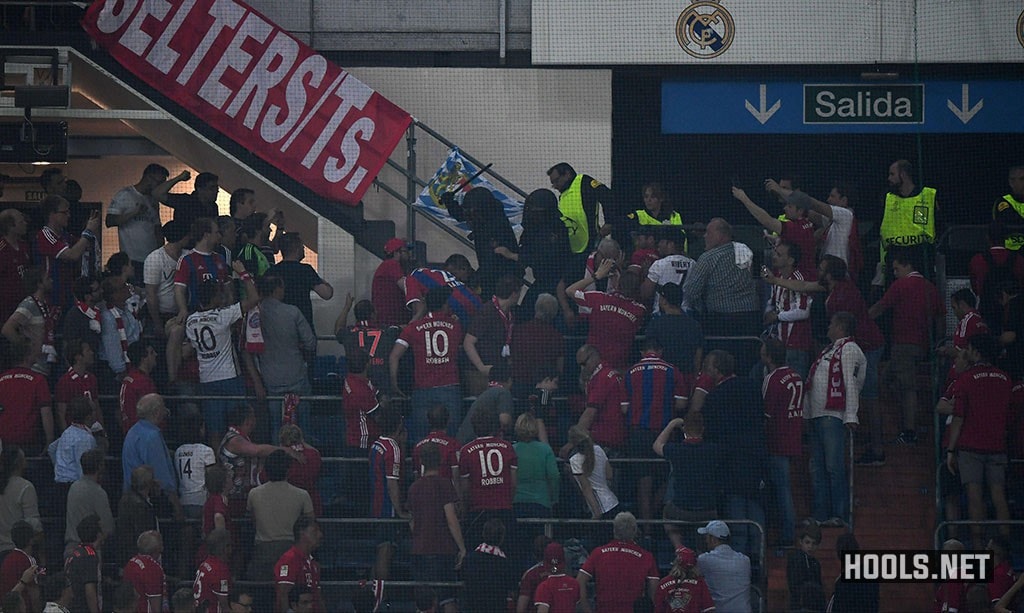 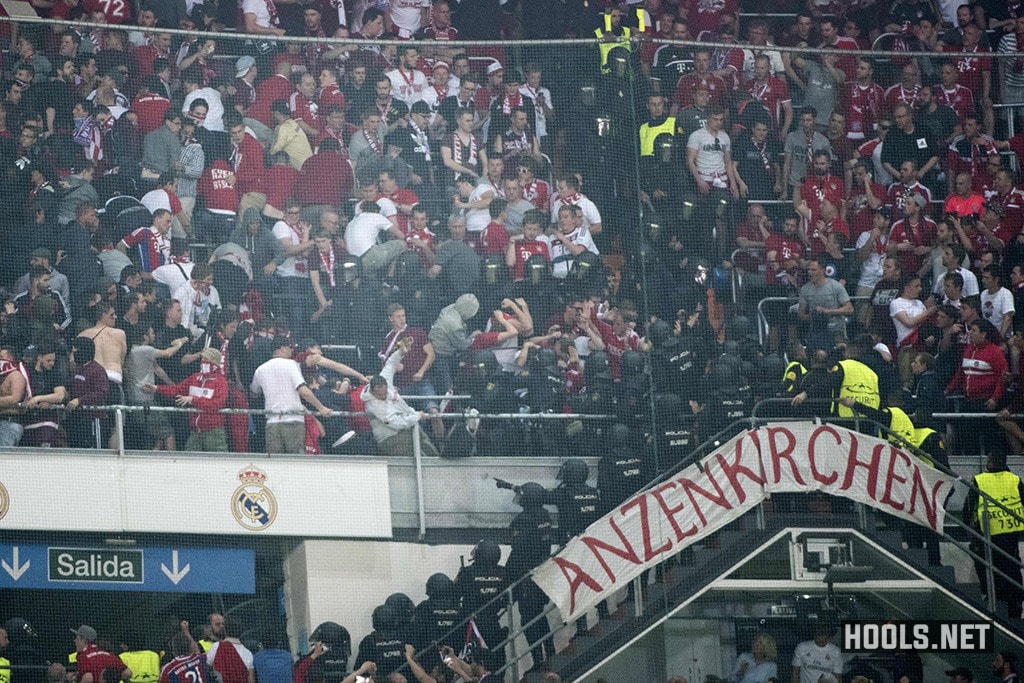 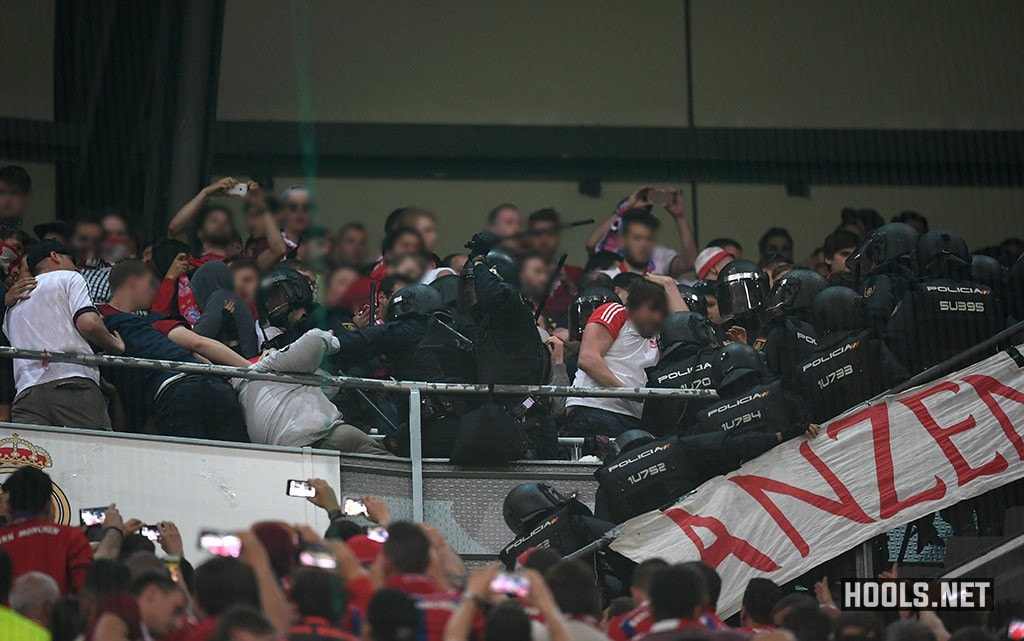 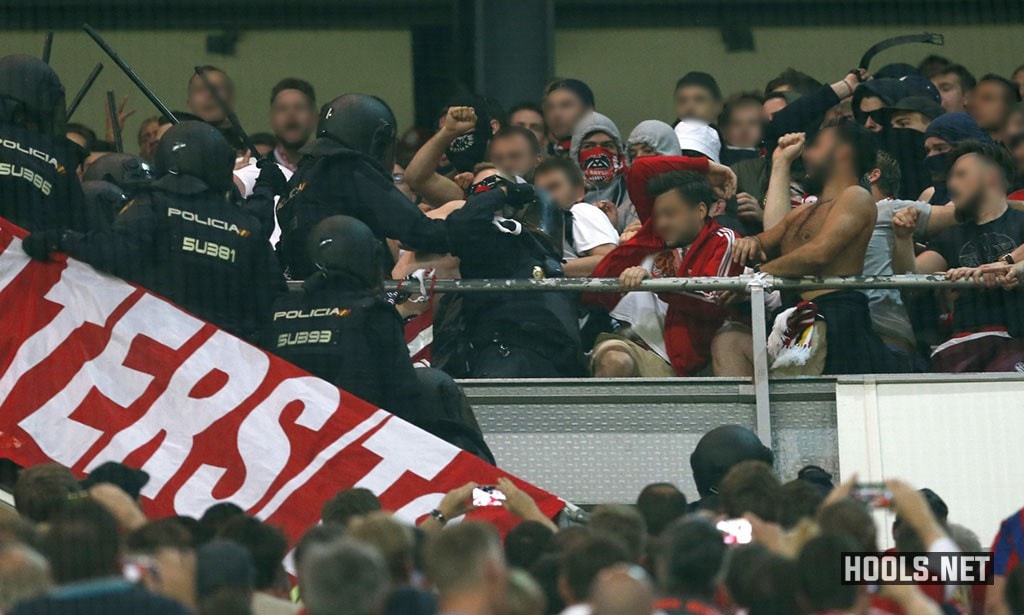 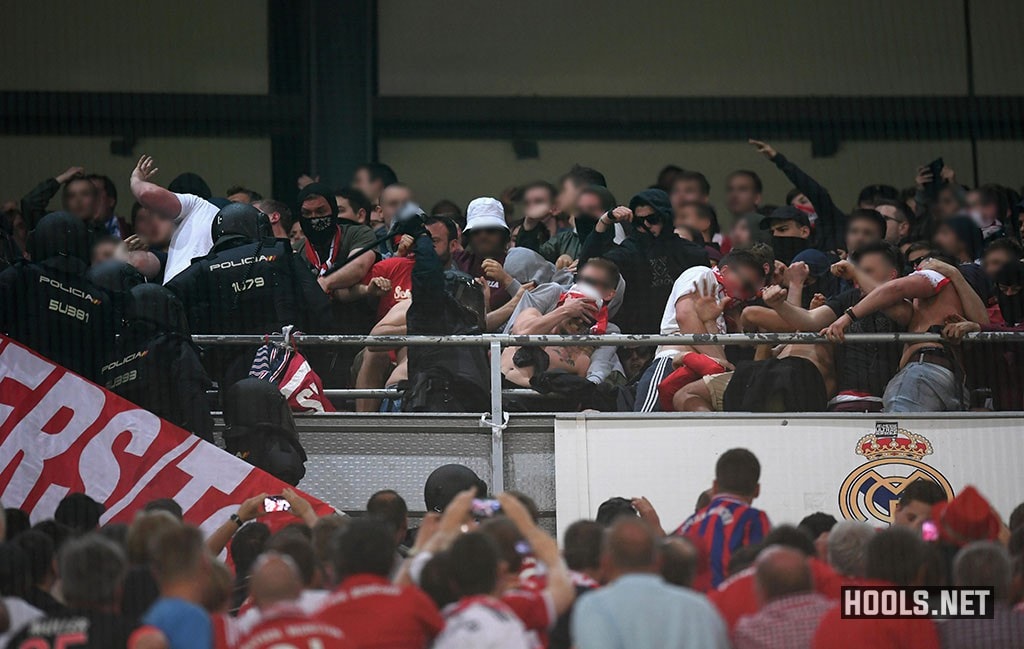 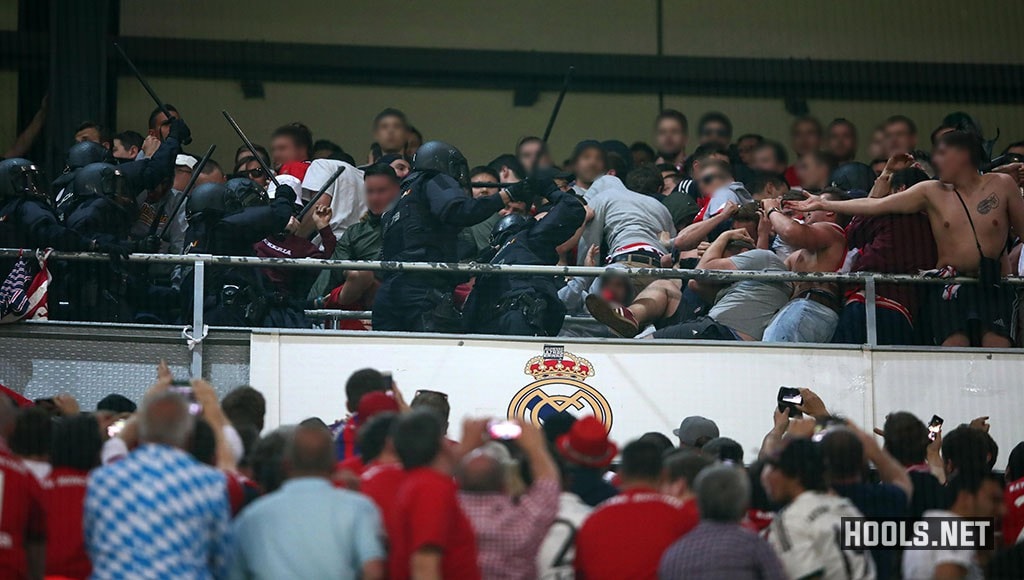 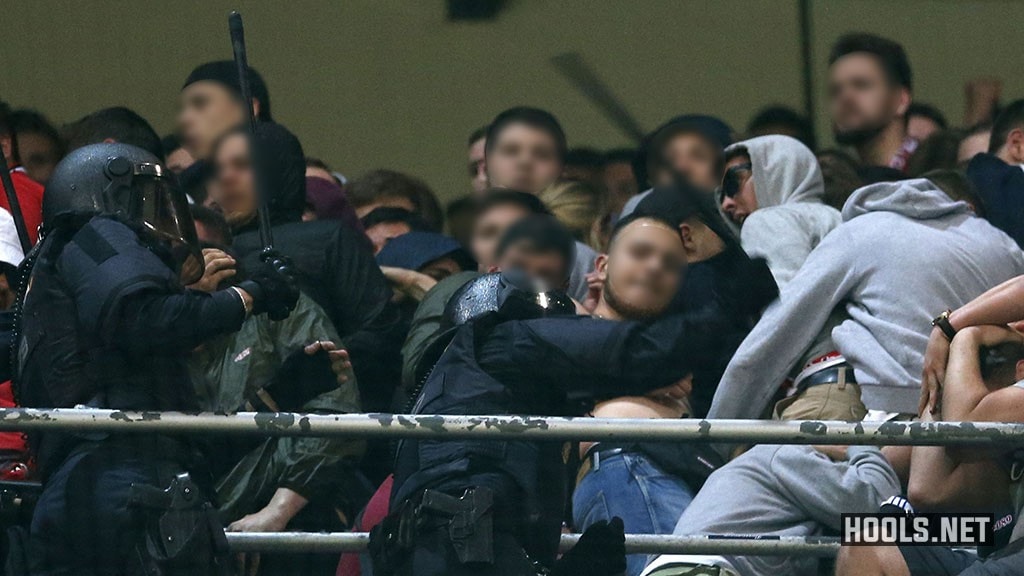 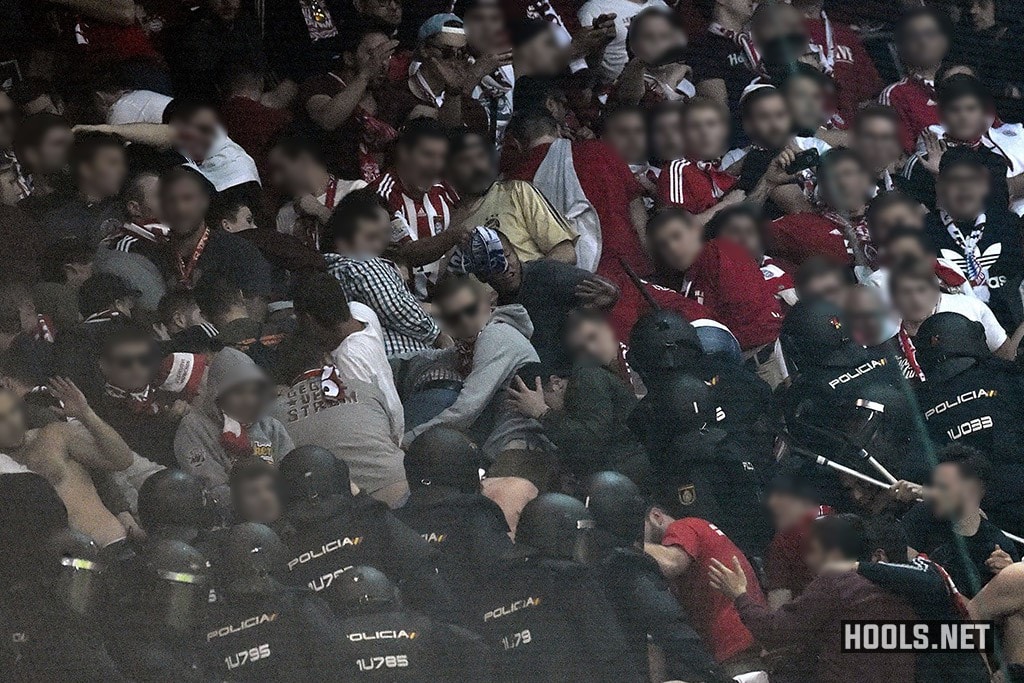