Crvena Zvezda fans clashed with riot cops inside the Partizan Stadium prior to the kick-off of Sunday’s Belgrade derby.

About ten minutes before the start of the game, Crvena Zvezda fans – some armed with belts and flares – were seen fighting with riot cops in the north stand of the stadium. It lasted for about a minute and a half.

One of the fans was grabbed by cops and escorted out of the ground. 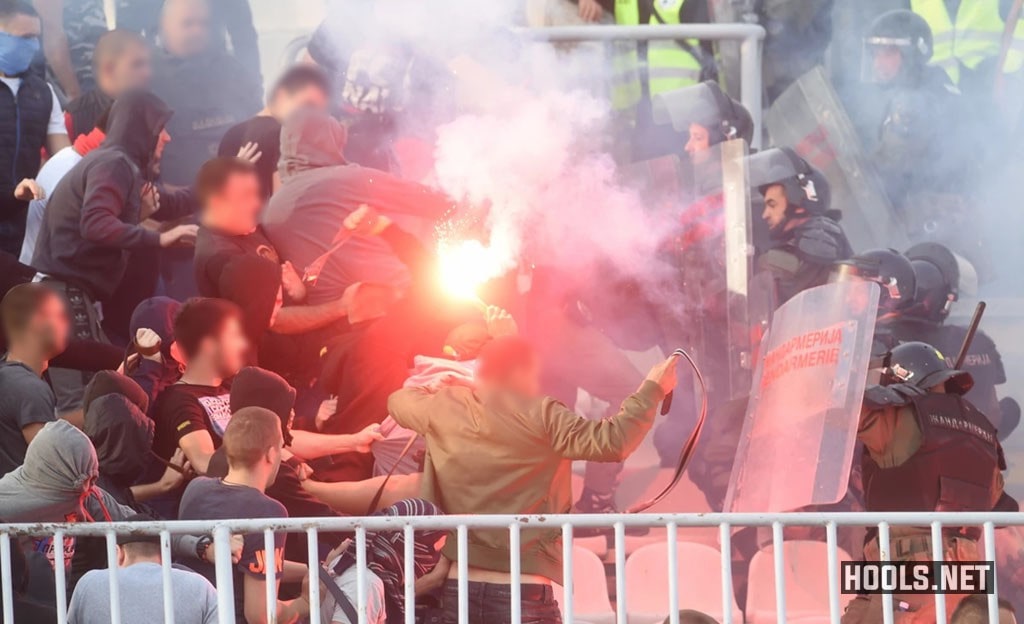 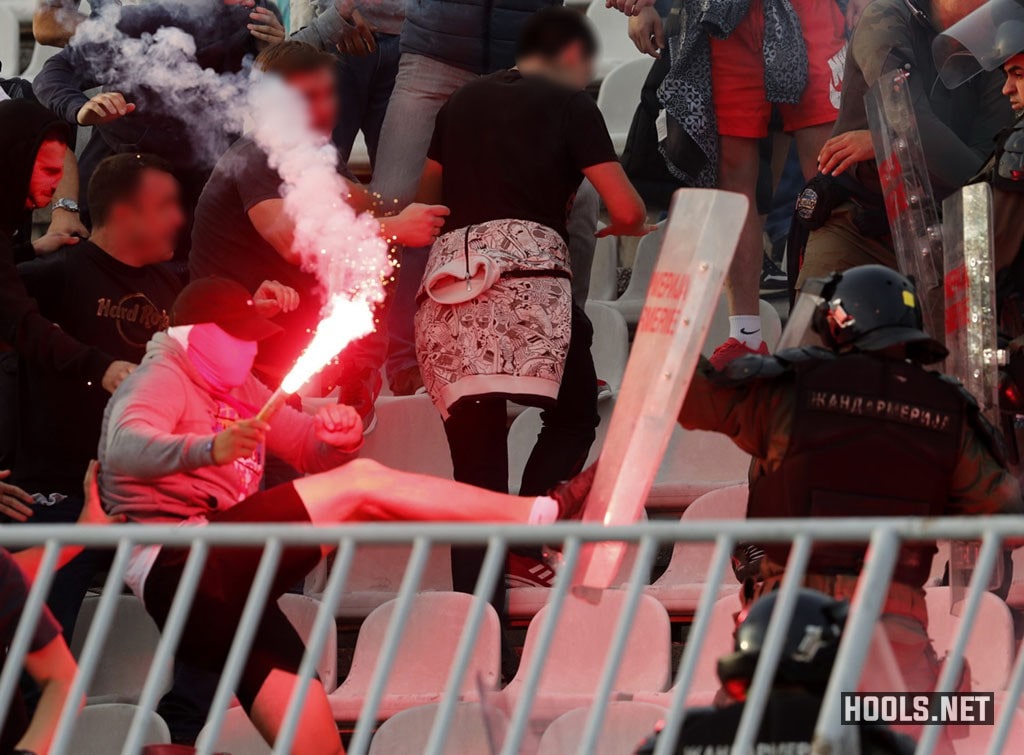 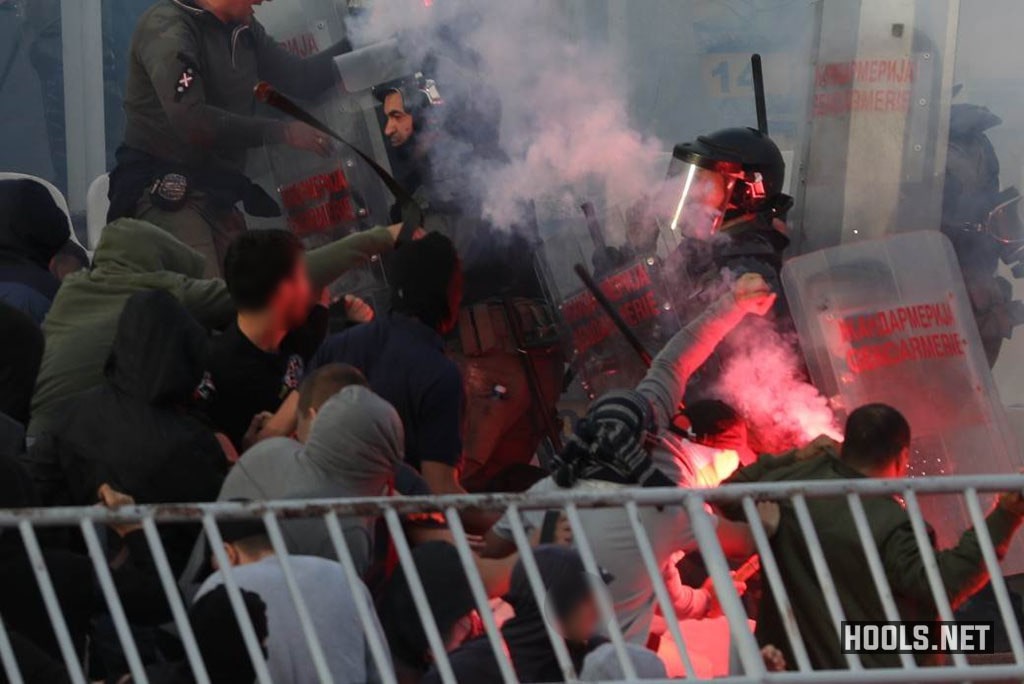 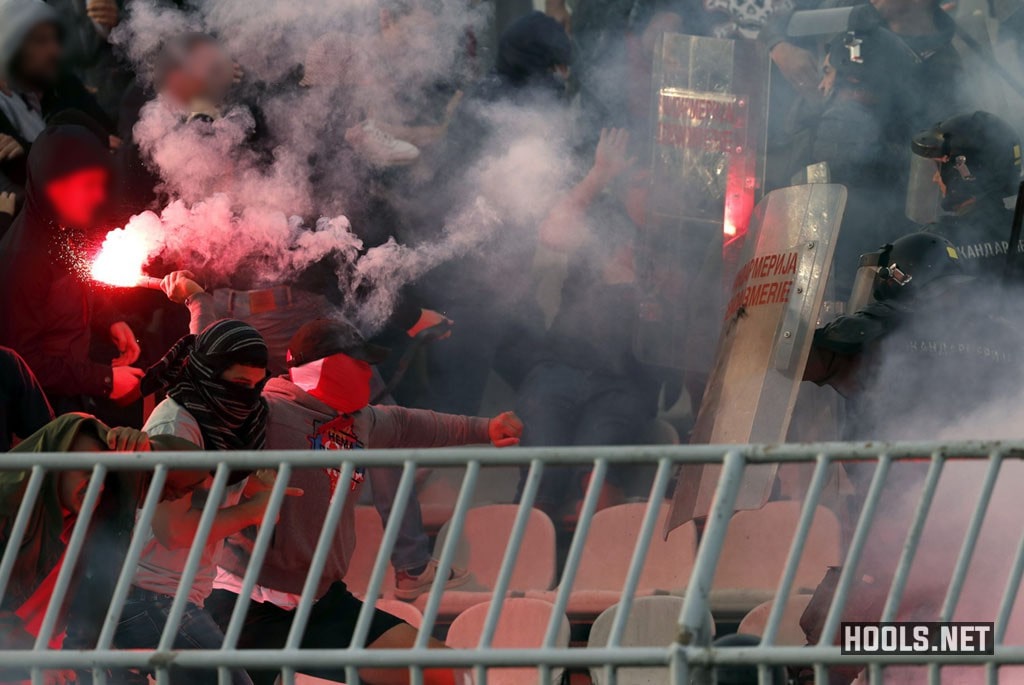 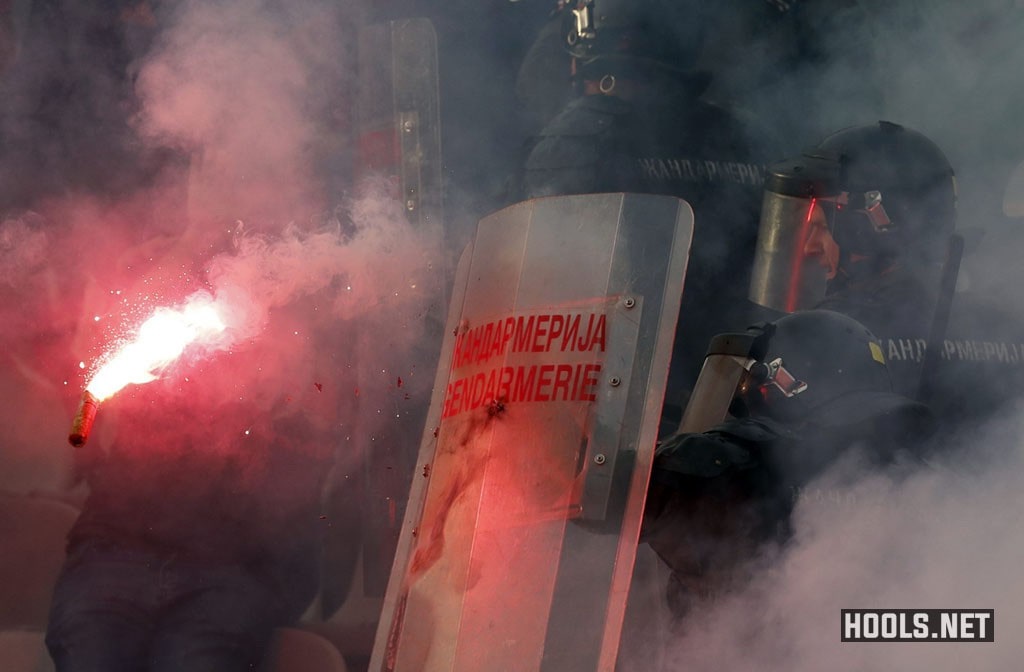 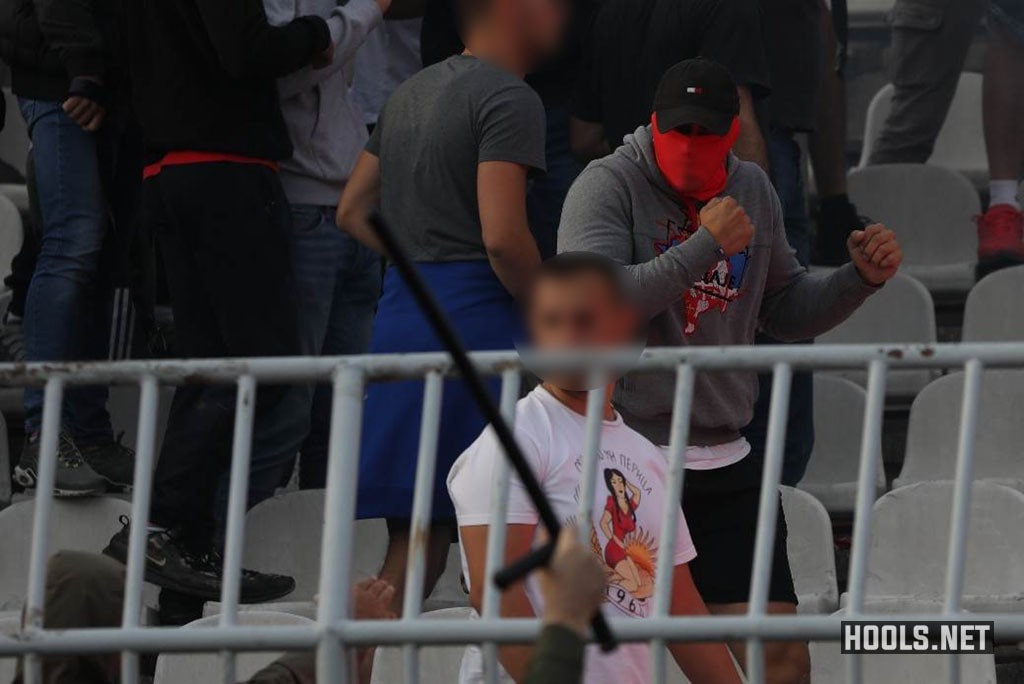 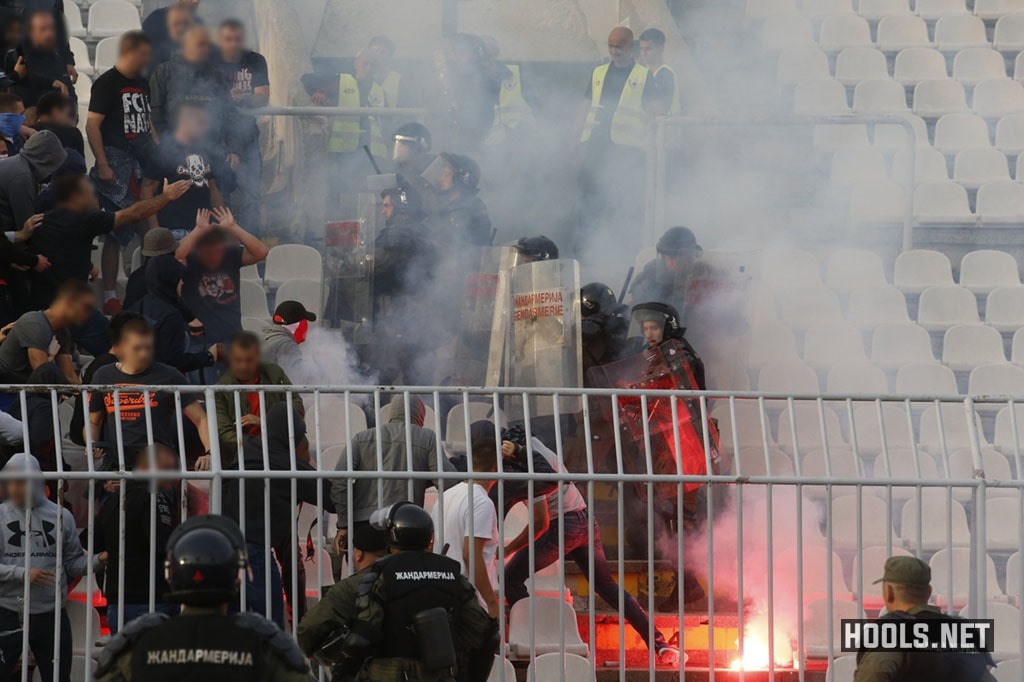 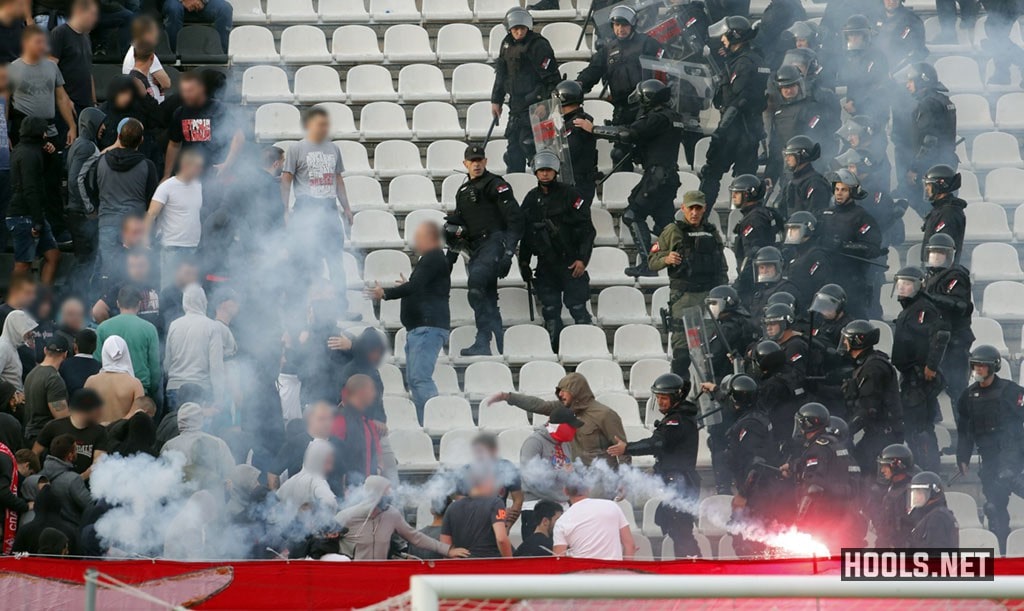 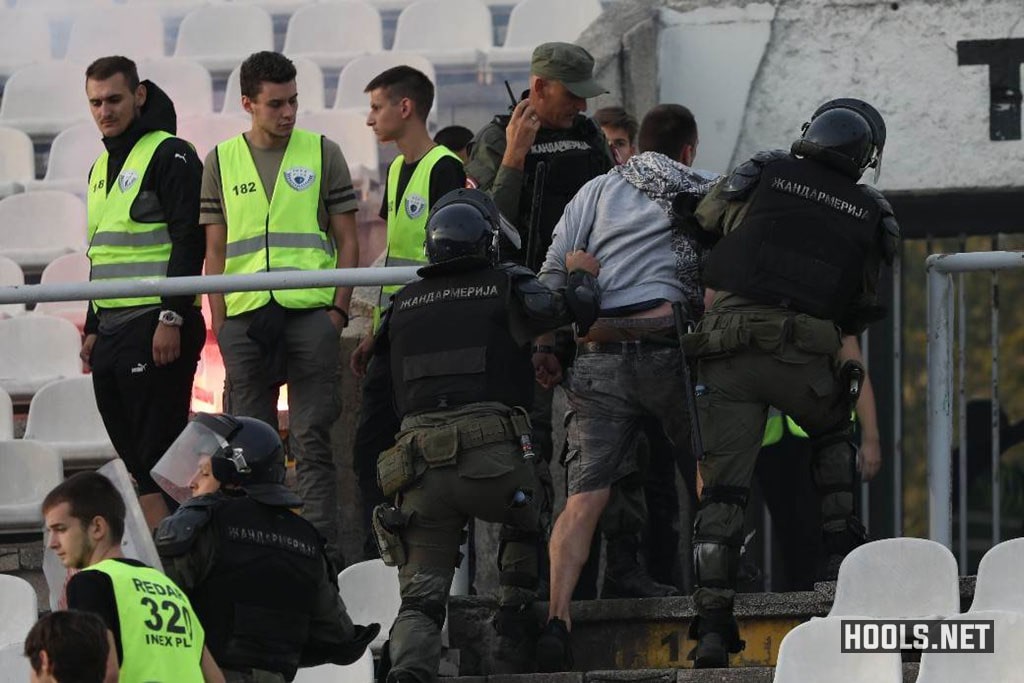