Two Blackpool fans attacked a Fleetwood Town supporter on the pitch during their League One clash at Bloomfield Road on Saturday.

The match was temporarily halted during the second half as a Blackpool fan ran onto the pitch to taunt and goad the away supporters following the Tangerines scored their third goal.

The invader quickly ran off the pitch – but a Fleetwood fan then followed suit.

The Fleetwood fan ended up running towards the South Stand where two Blackpool fans ran onto the pitch and assaulted him by punching him in the head.

The scuffle was quickly broken up by stewards and the Fleetwood fan was led away by cops.

The match ended 3-1 in favour of Blackpool. 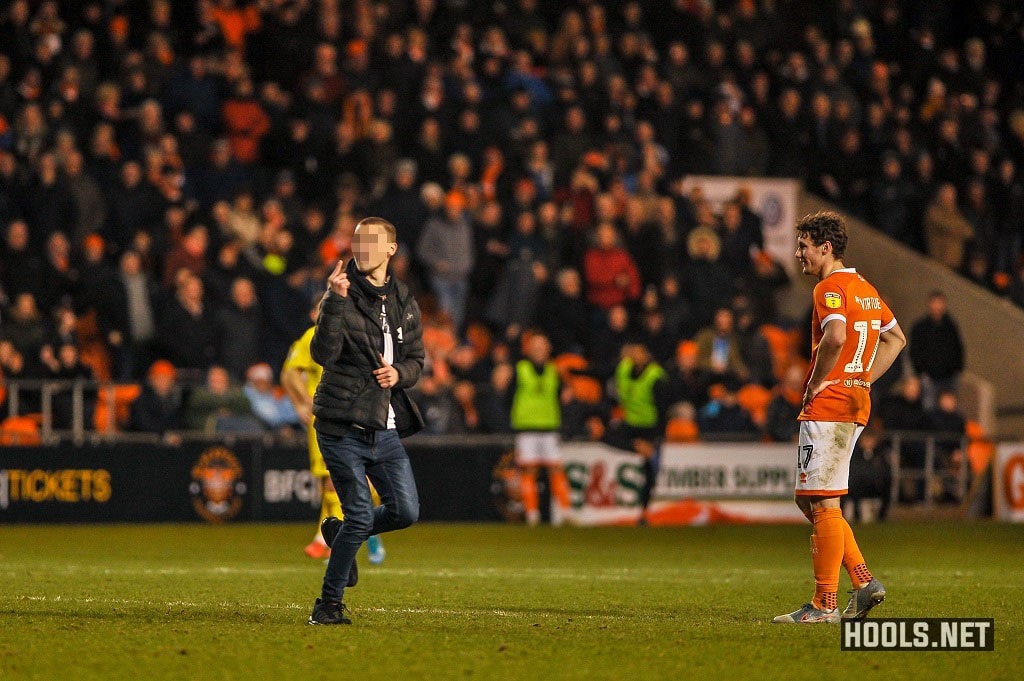 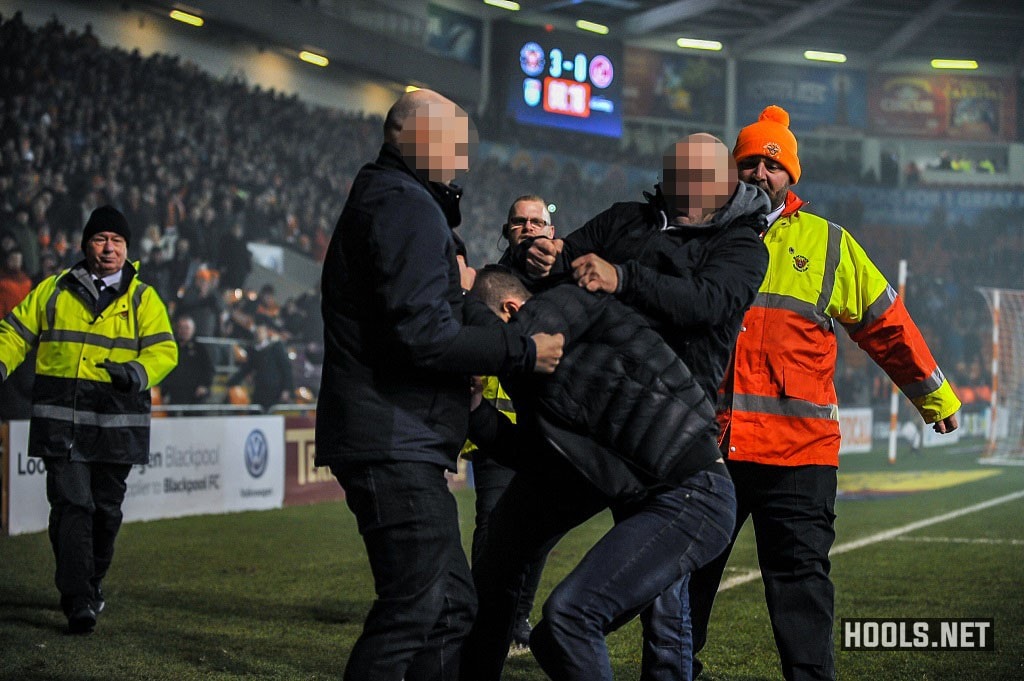 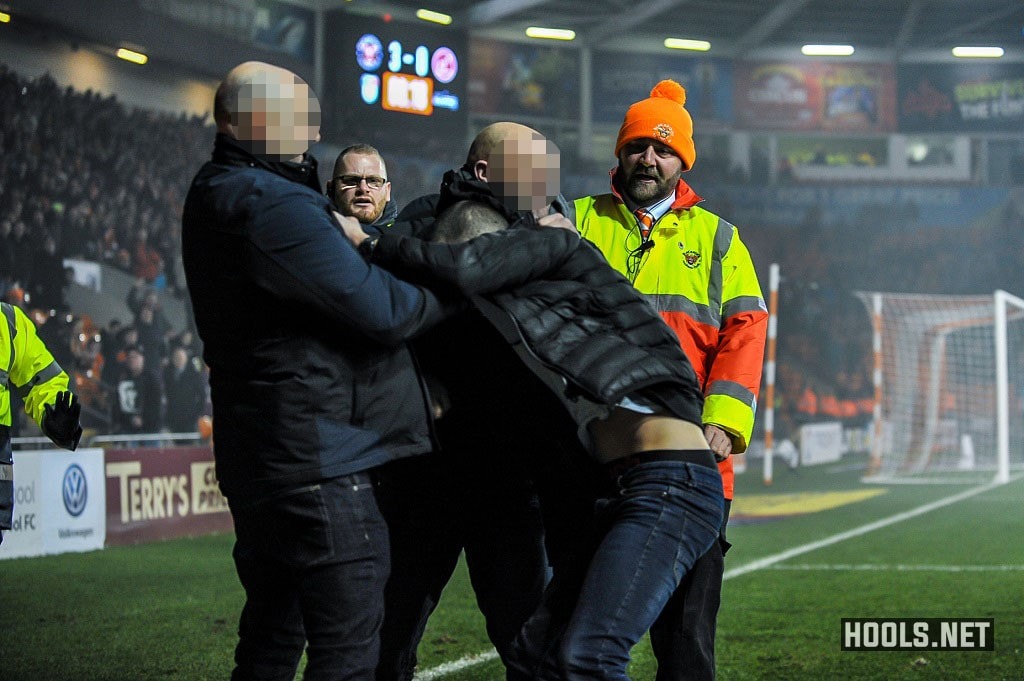 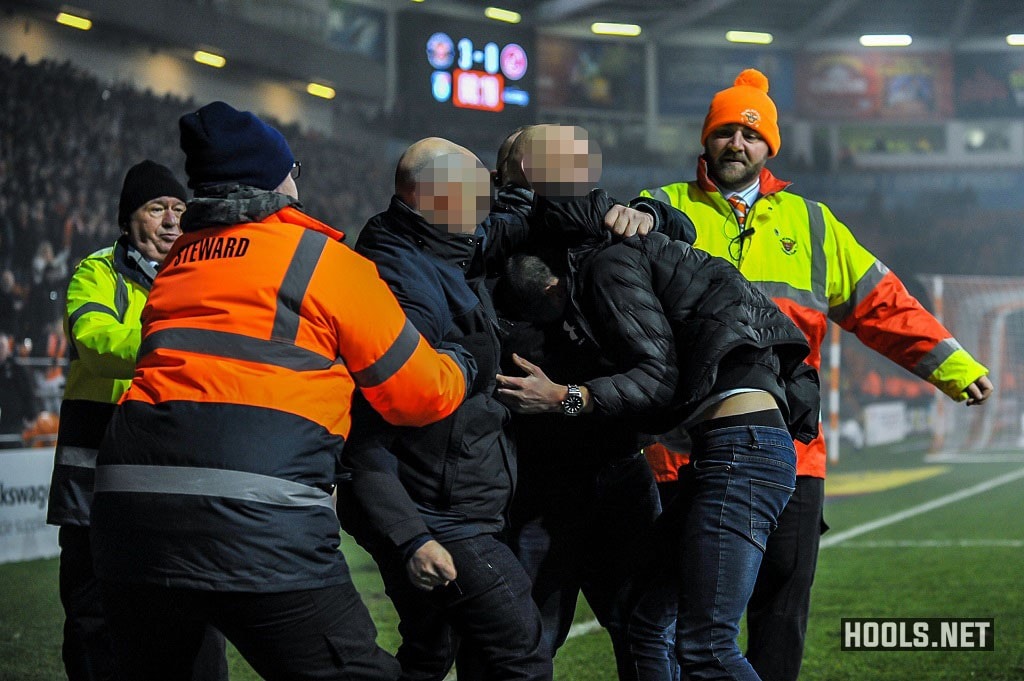 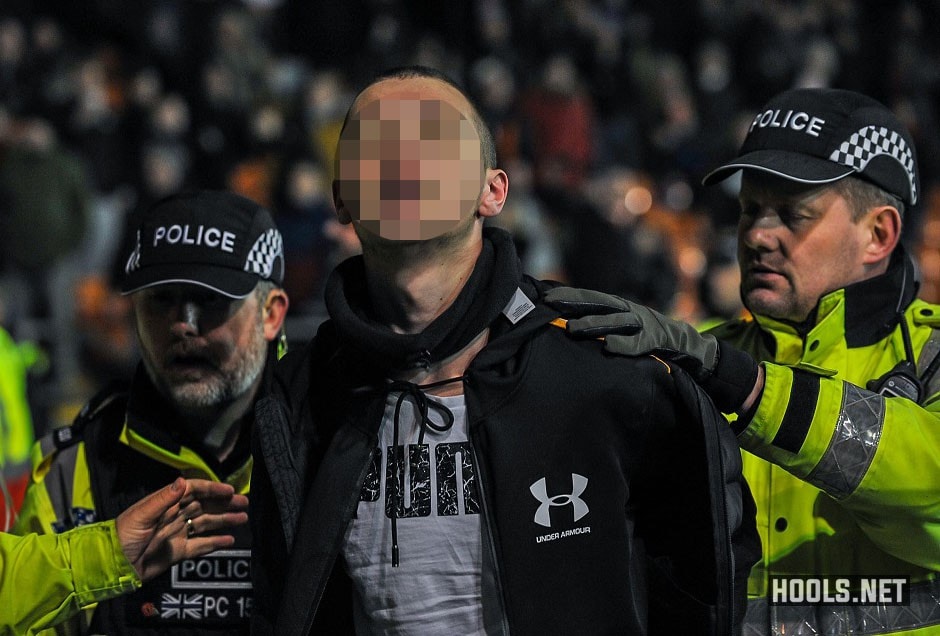