Fans of Clube de Regatas Brasil (CRB) and Centro Sportivo Alagoano (CSA) clashed on the pitch at the Rei Pele stadium after the second leg of the Alagoas State Championship final between the two sides on Sunday.

The brawls started after the final whistle of the match, which CRB won 1-0. Dozens of fans from both sides ran onto the pitch and began fighting.

Fighting also broke out in the stands.

Five fans were taken to hospital, two of them in serious conditions. 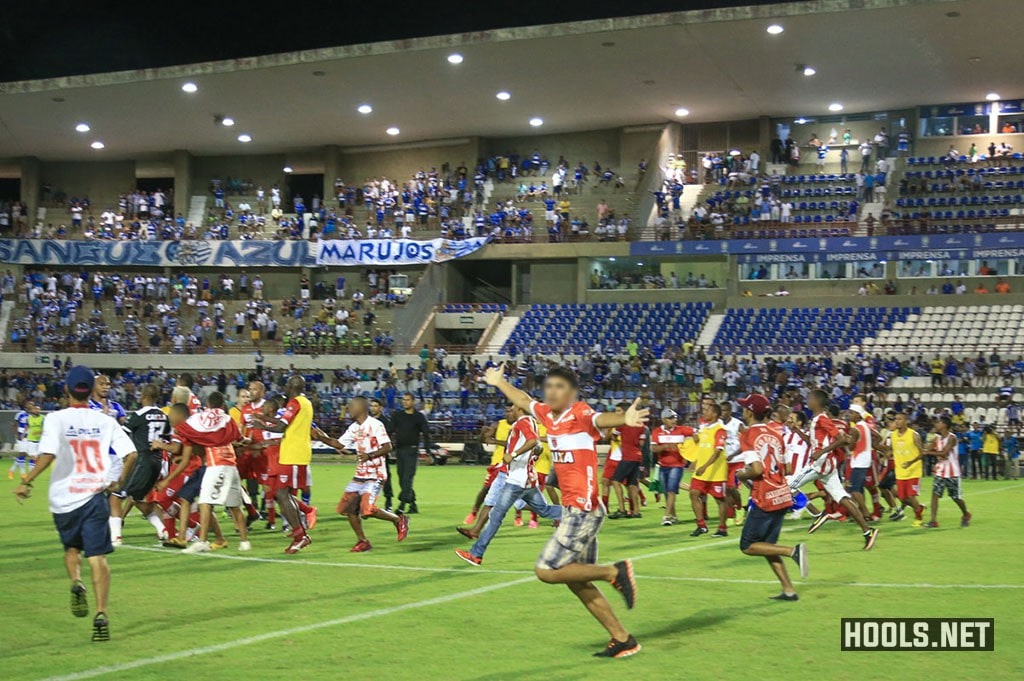 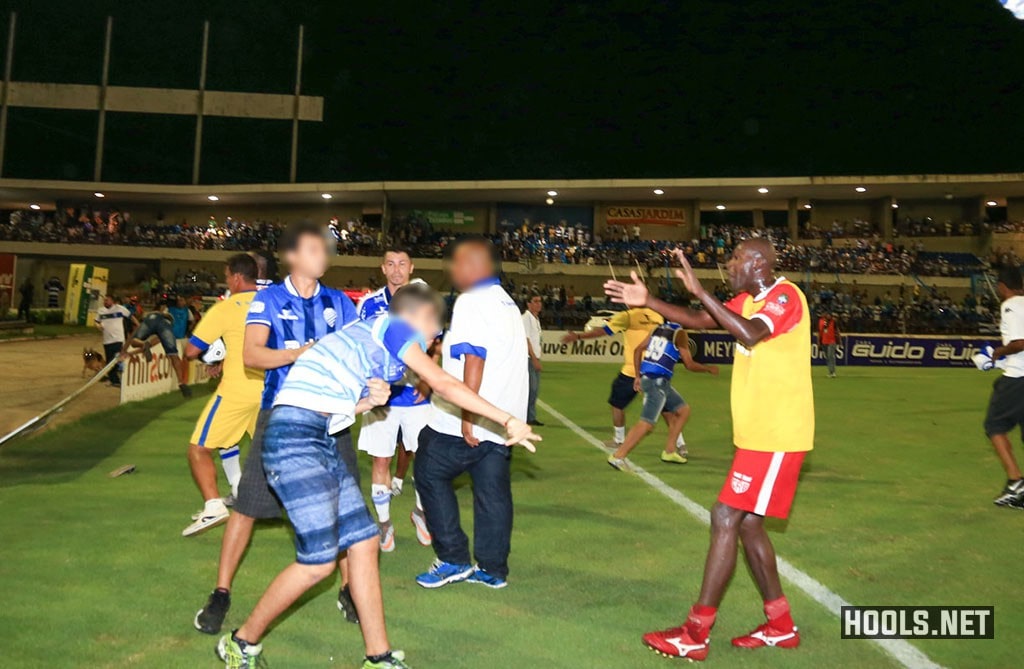 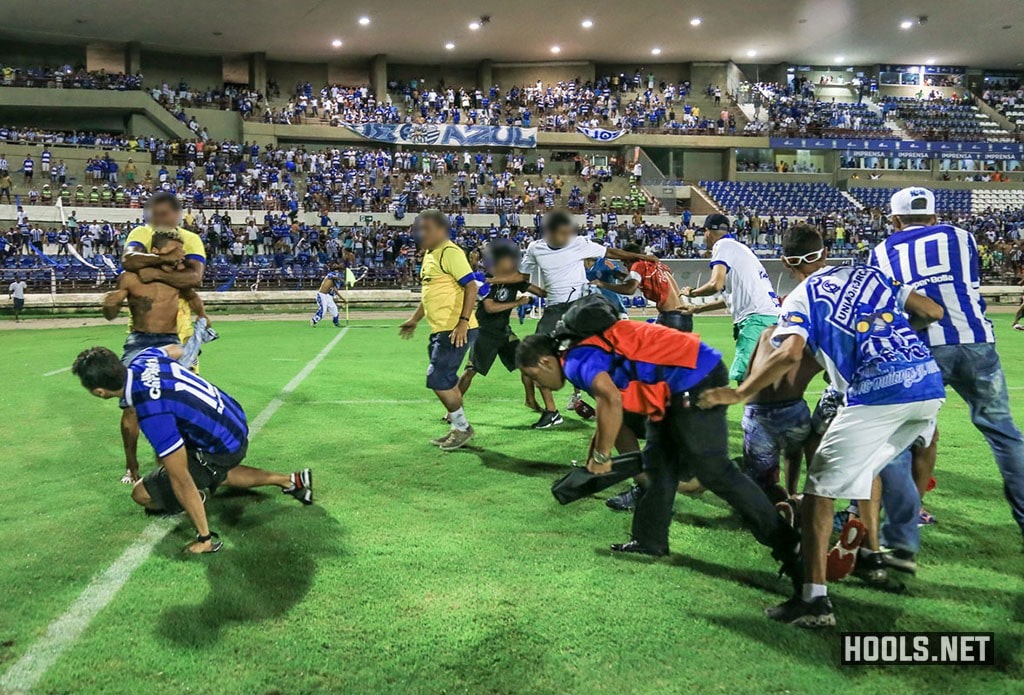 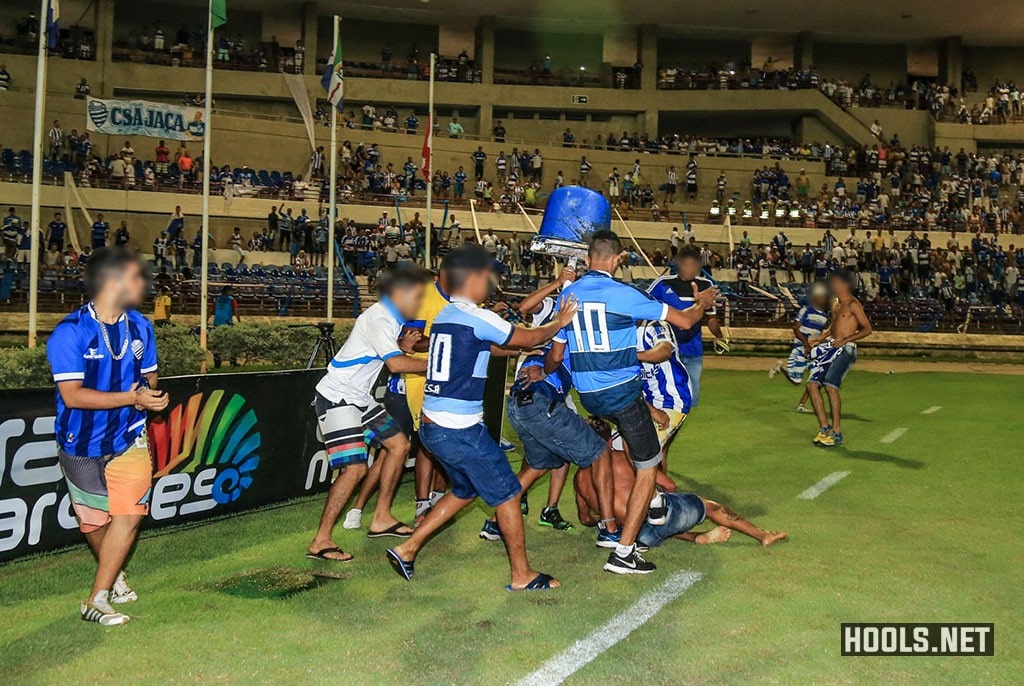 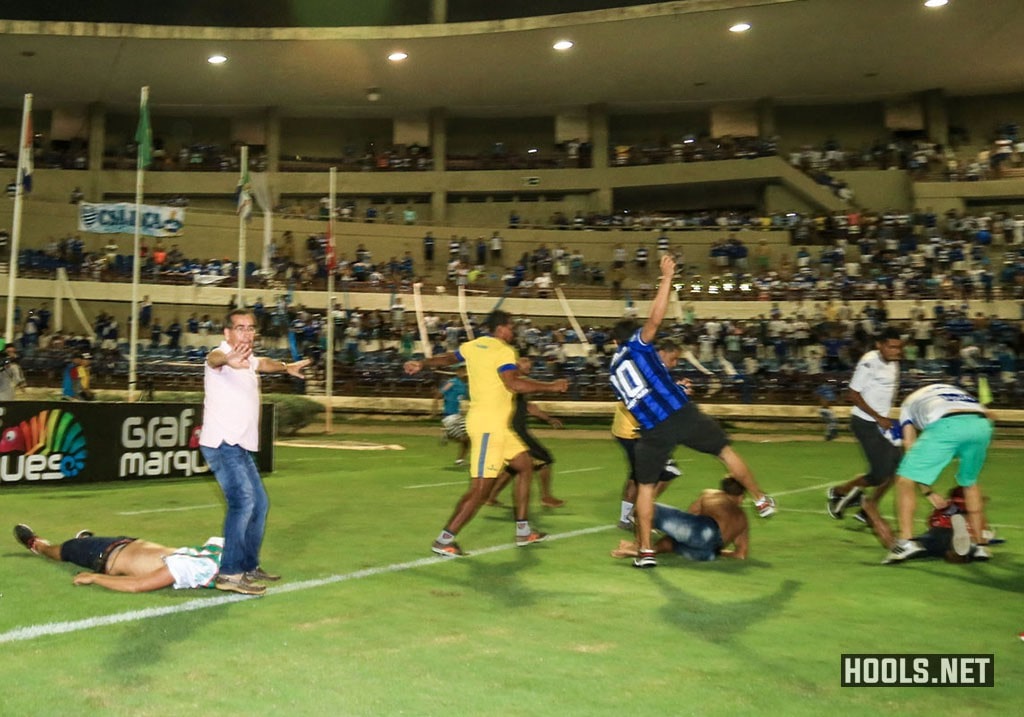 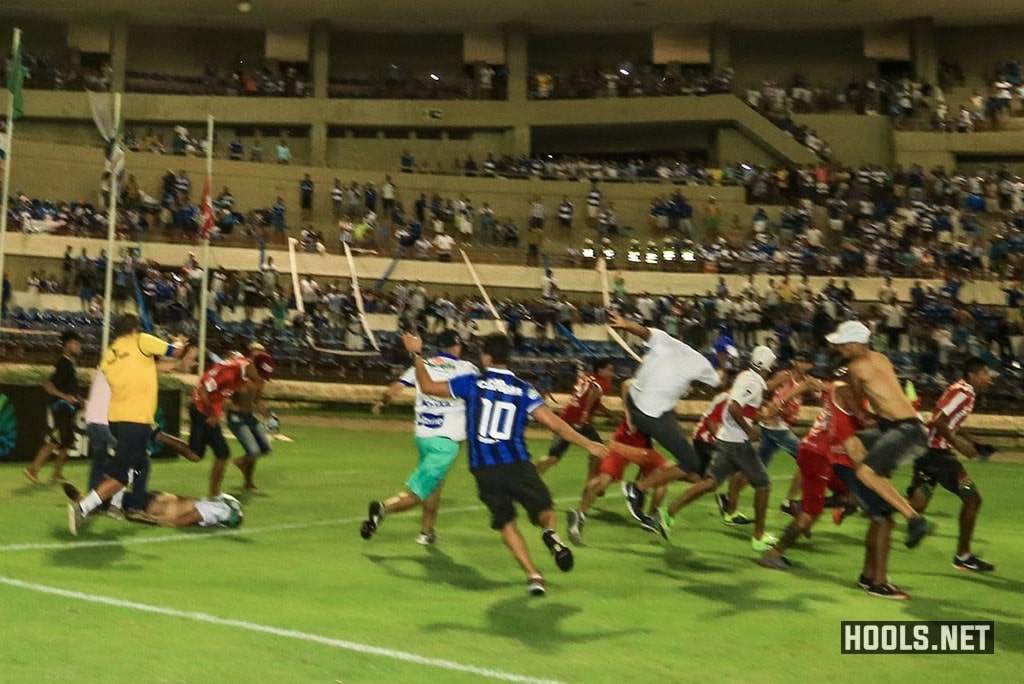 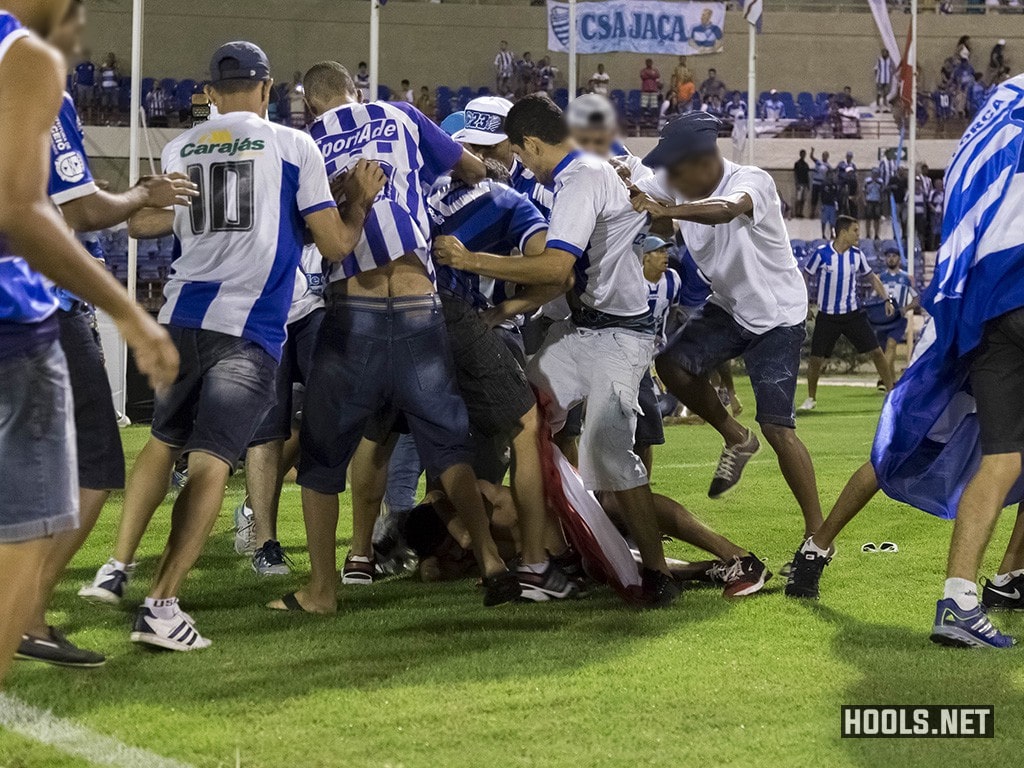 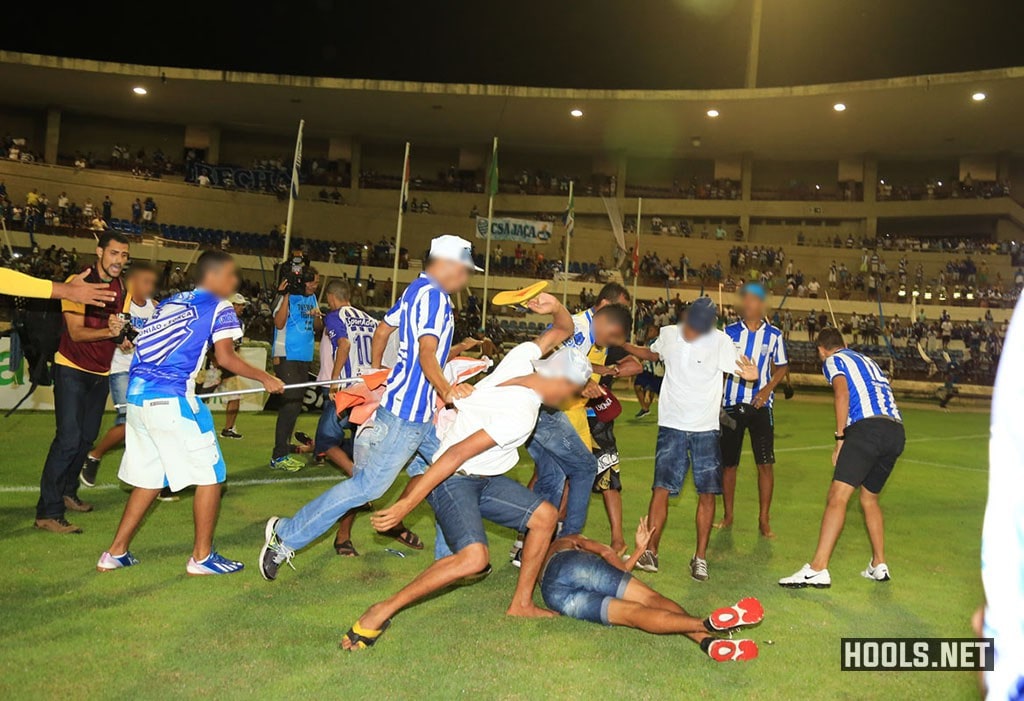 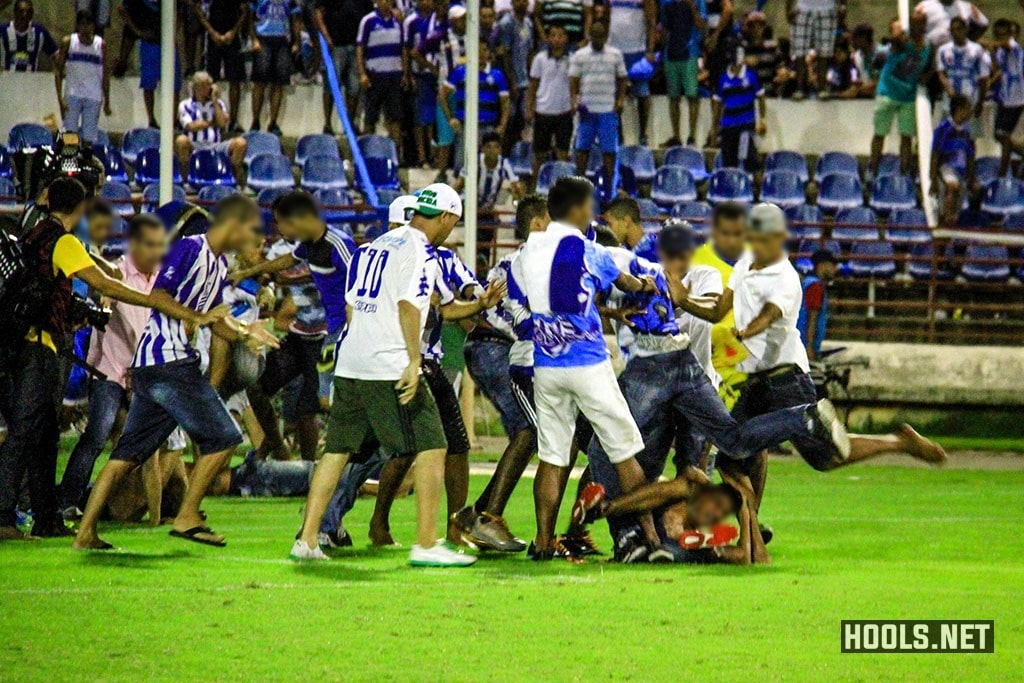 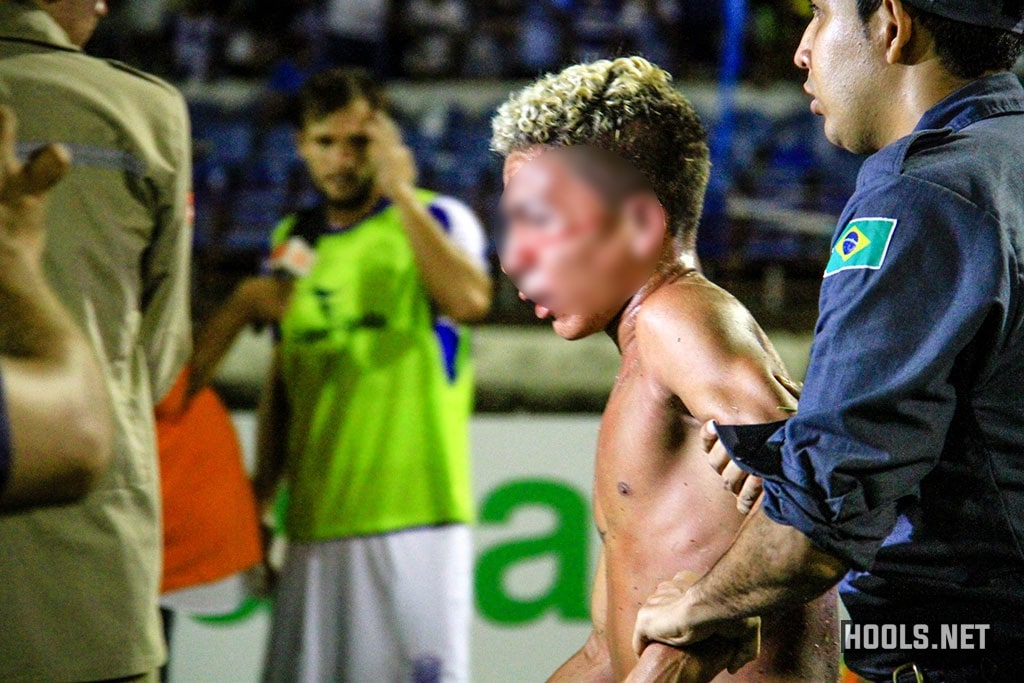 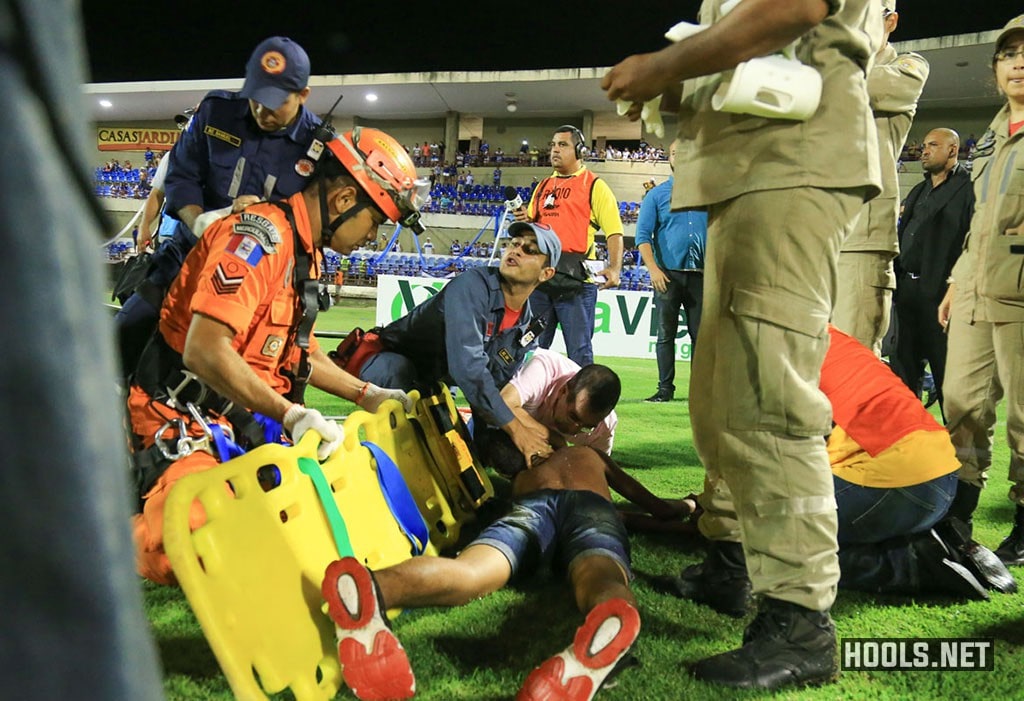