Club America and Pumas fans clashed on the pitch during a friendly in Santa Ana, California, on Sunday afternoon.

The game was between former players of the two Mexican clubs.

With Club America leading 2-1 at half-time, fans from both sides invaded the pitch and began fighting.

About 50 fans were involved in the melee.

Five people were arrested, according to local media. Officials decided to abandon the match. 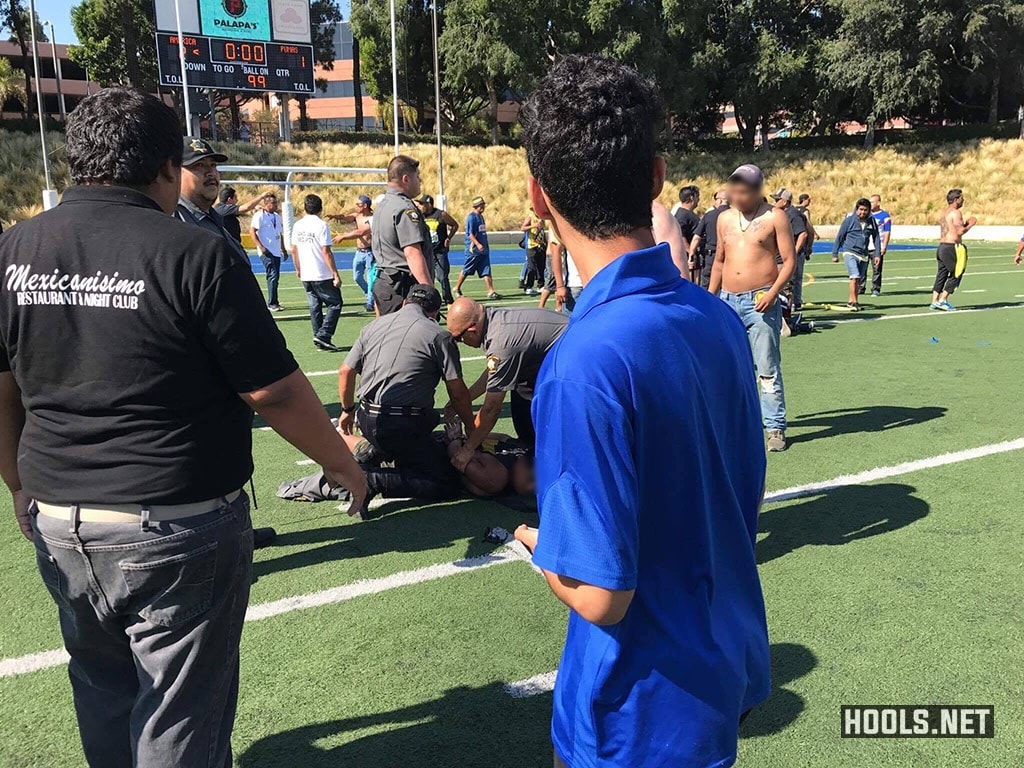 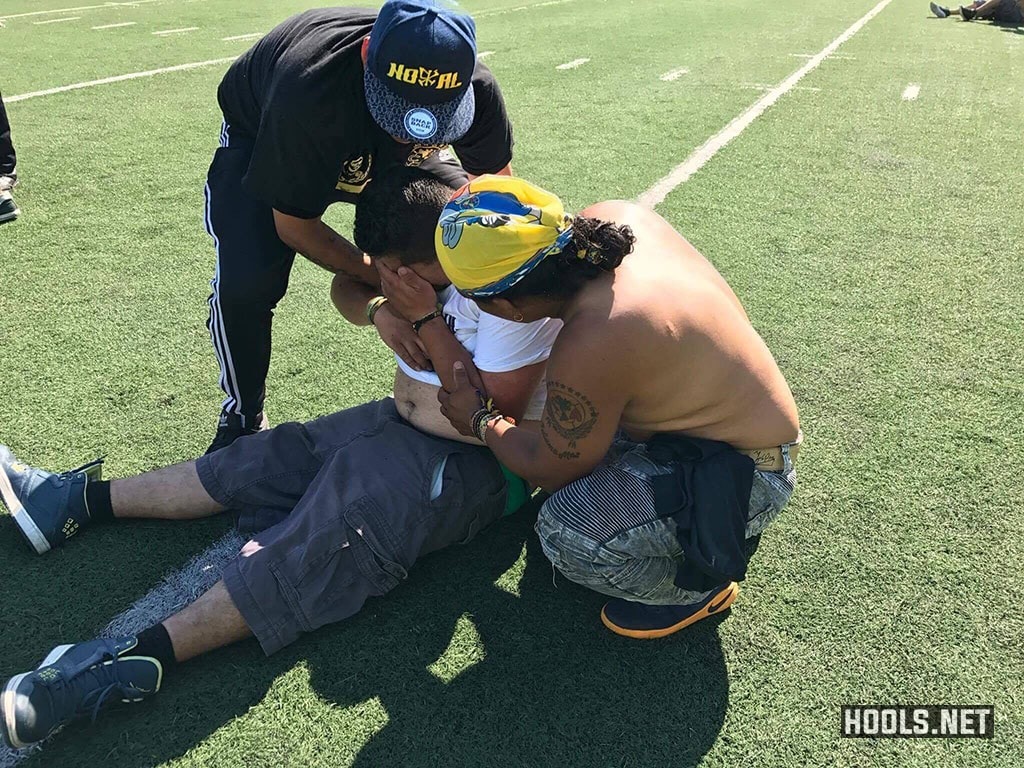