Dynamo Kyiv hooligans were involved in a confrontation with cops outside the Volodymyr Boiko Stadium during their side’s clash with Mariupol on Sunday.

Things got heated in the second half of the match when a number of Dynamo fans were arrested for using pyrotechnics in their end. That sparked an angry reaction from many Dynamo fans, who soon gathered outside the stadium in an attempt to free the detainees.

The situation outside the ground soon began to go out of control, and fighting broke out.

Stones and other objects were thrown at cops. Some hools also attempted to stop the vehicle carrying the detainees, but were unsuccessful.

According to reports, several people were arrested during the clash.

It’s also worth noting that some Mariupol fans had joined the lads from Kyiv in their fight against cops. 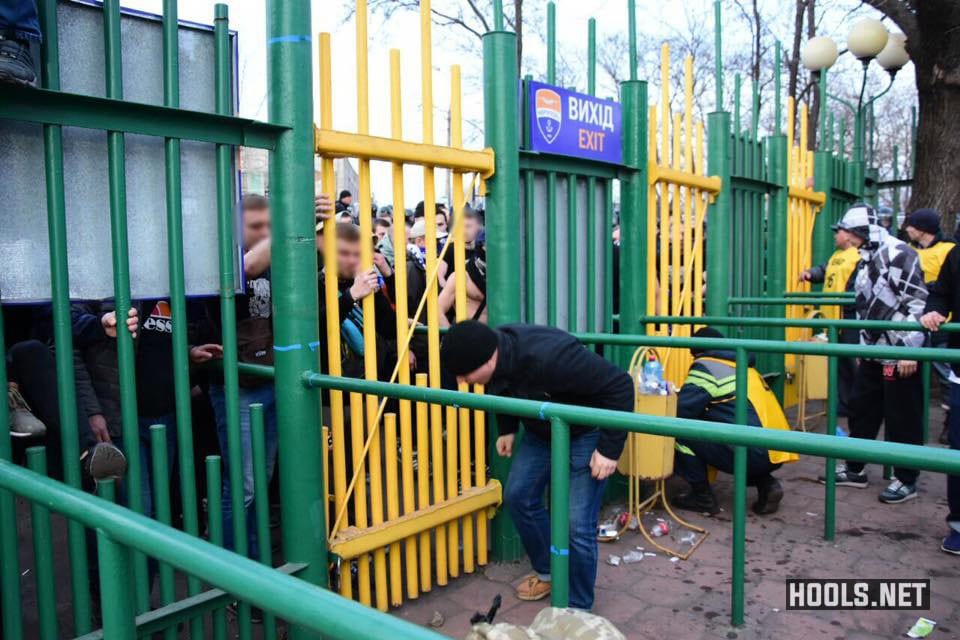 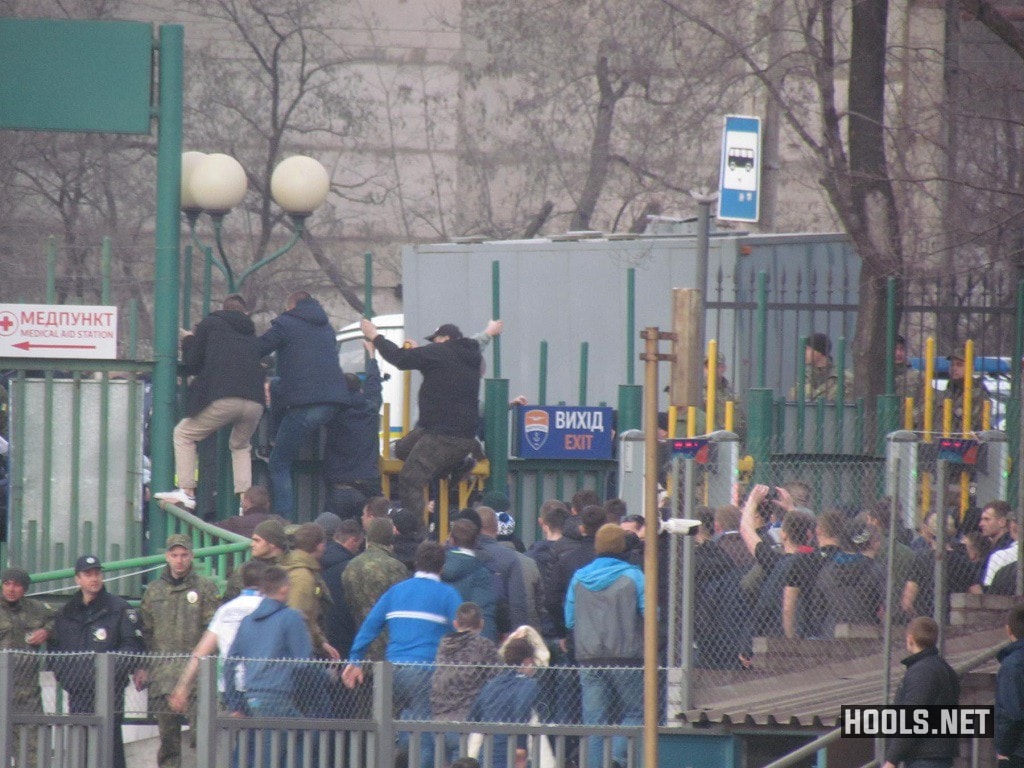 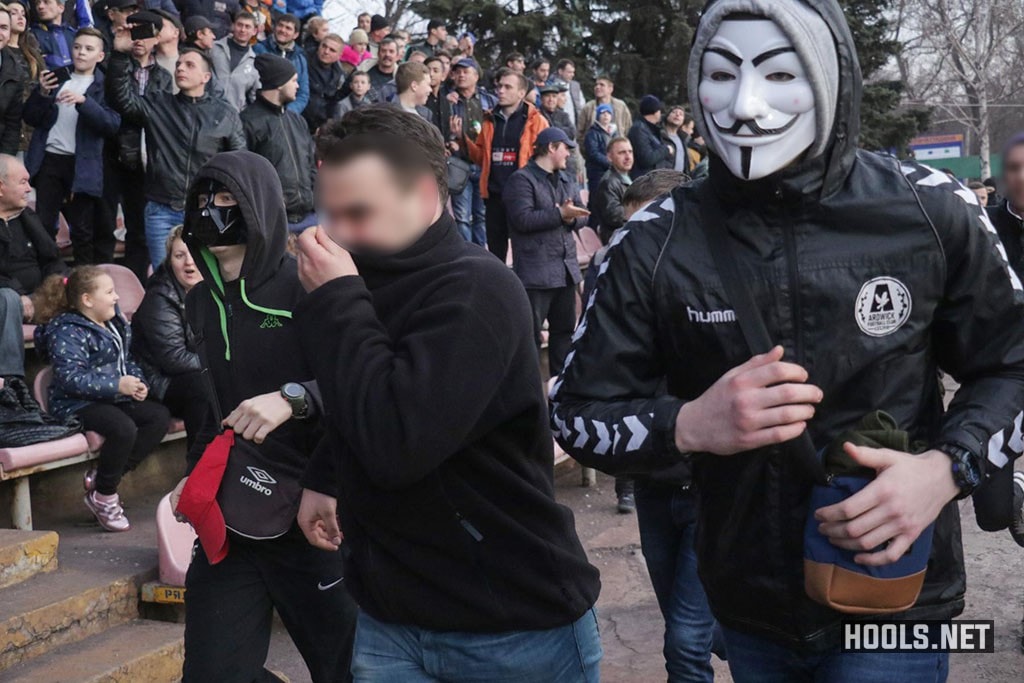 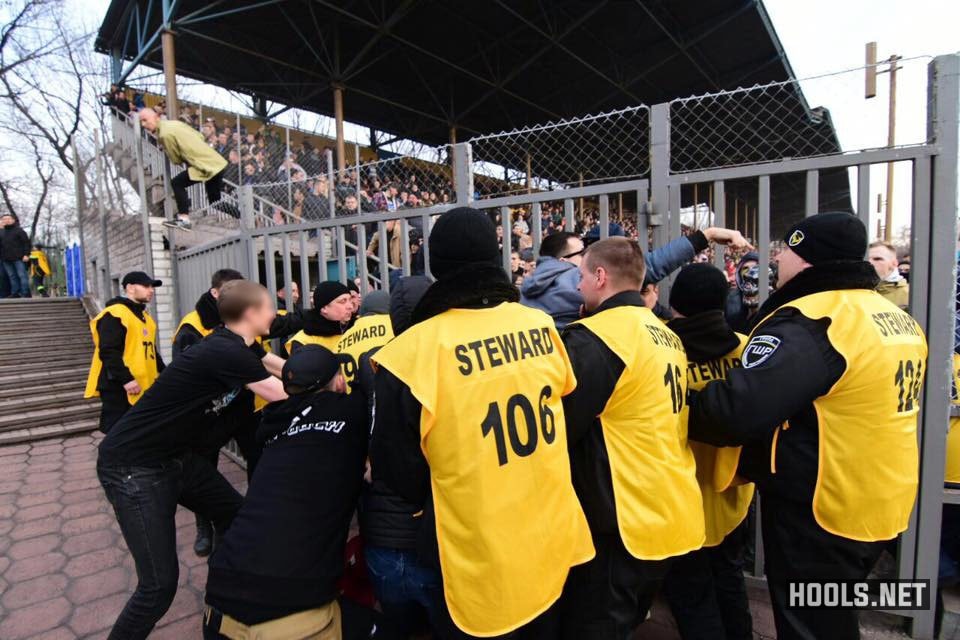 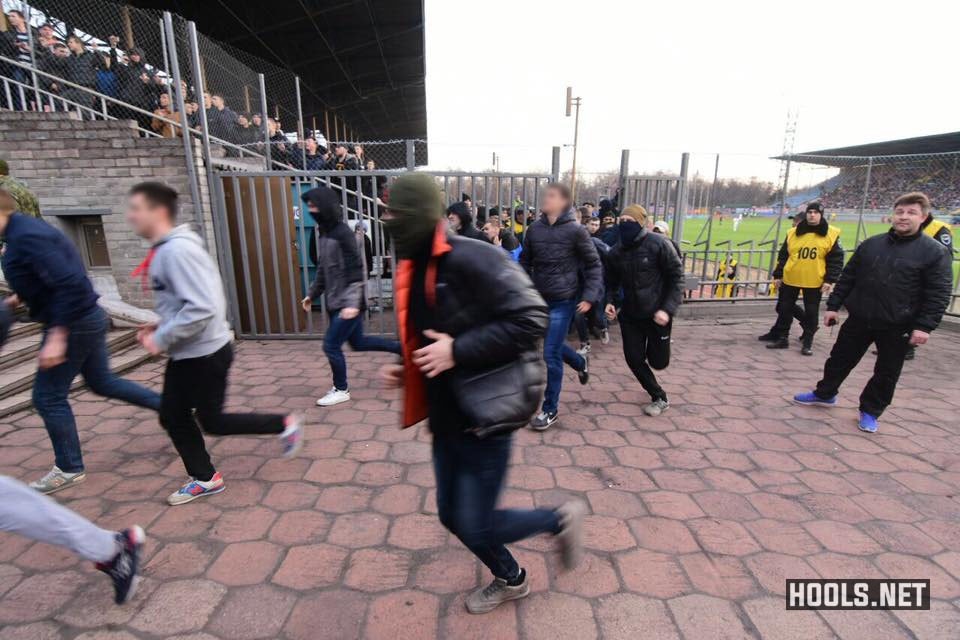 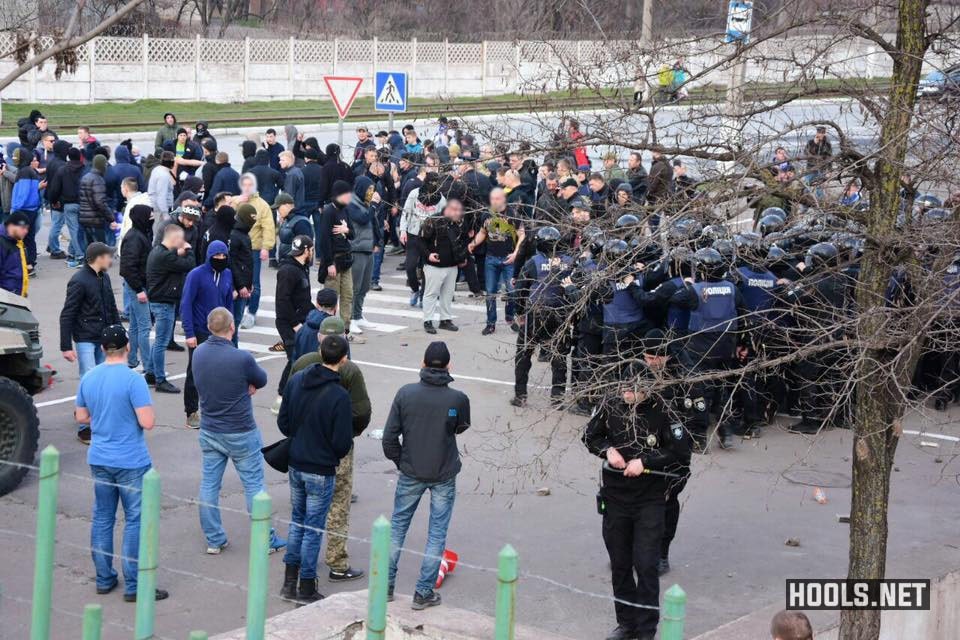 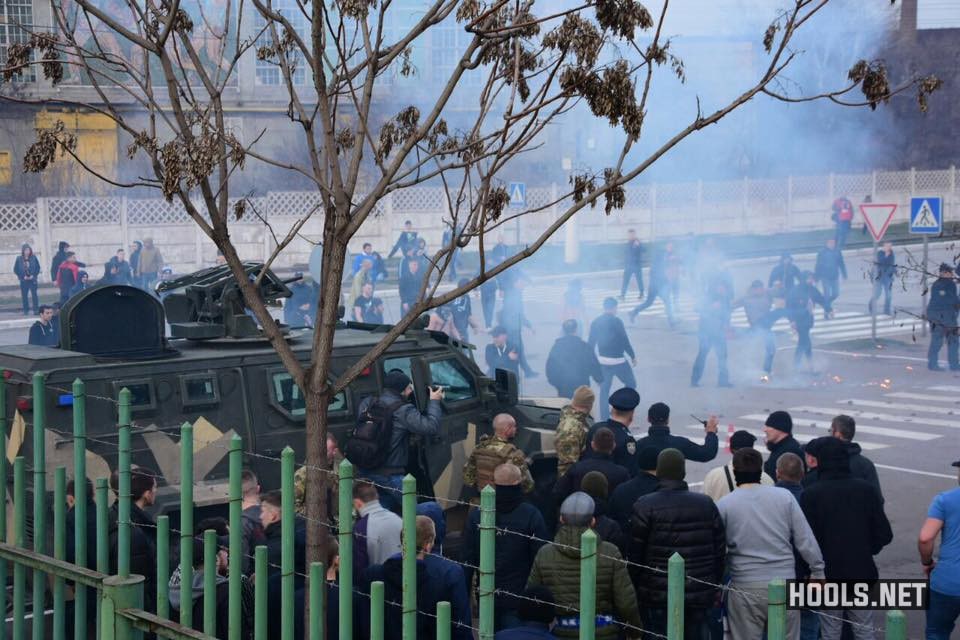 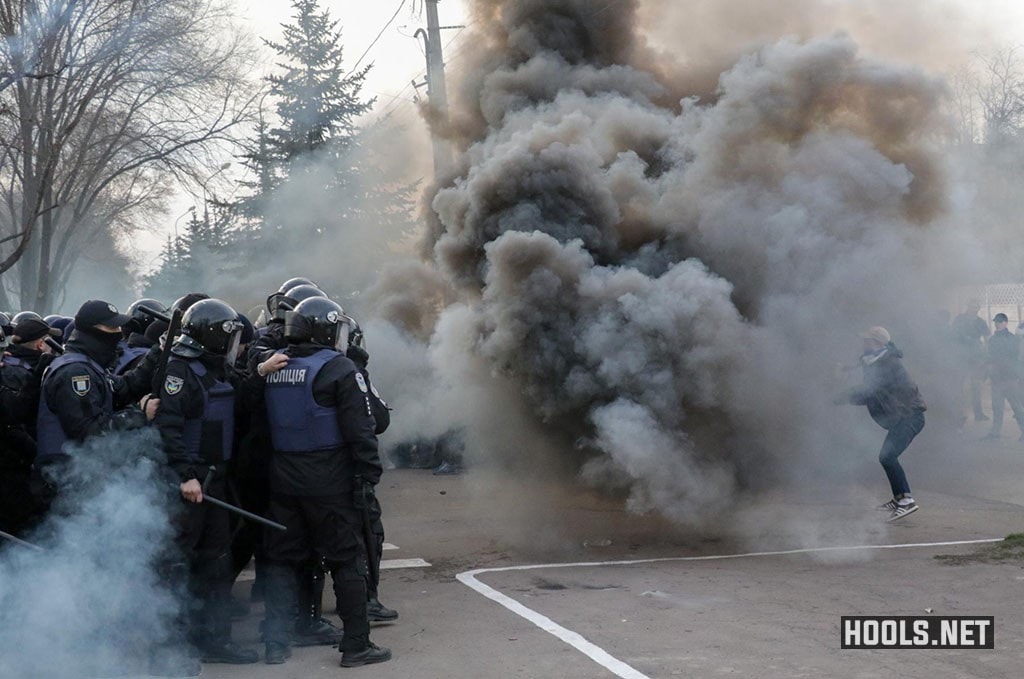 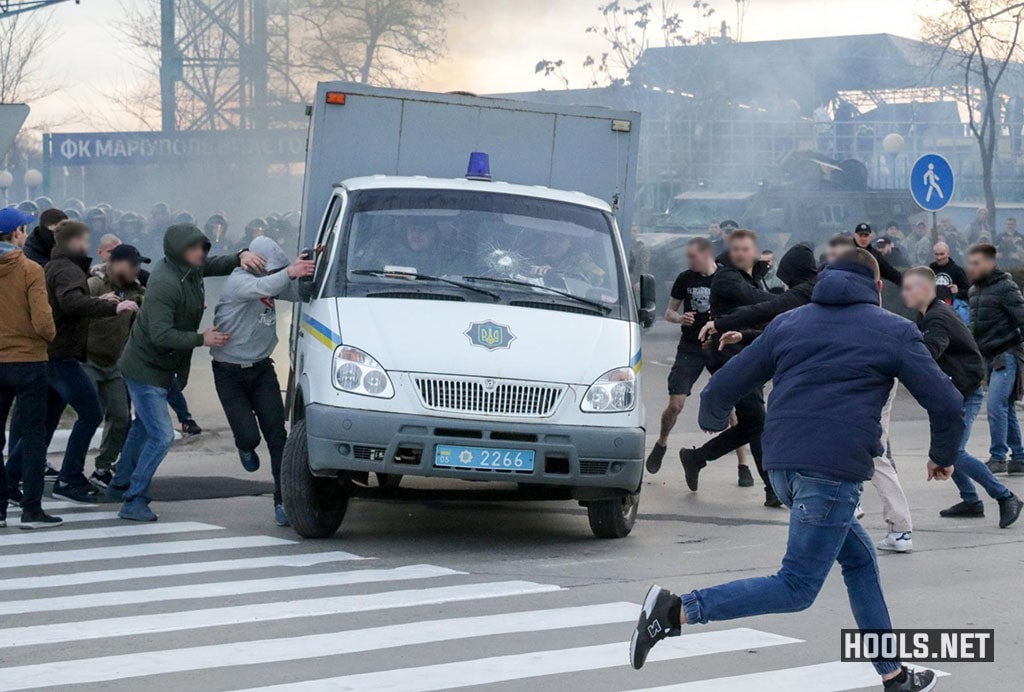 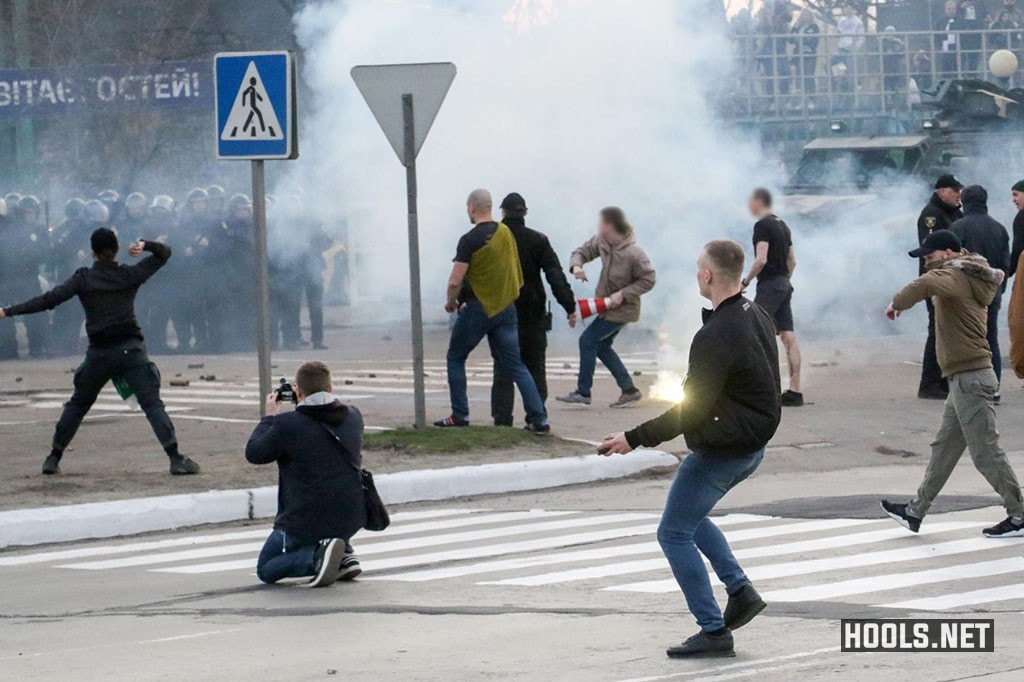 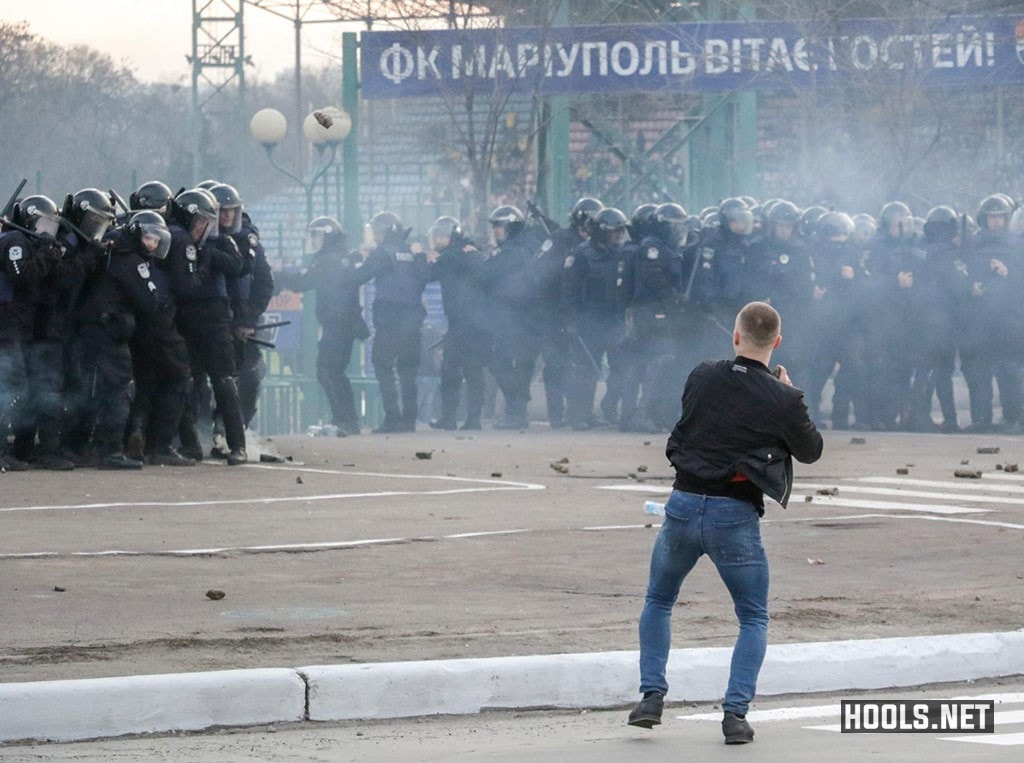 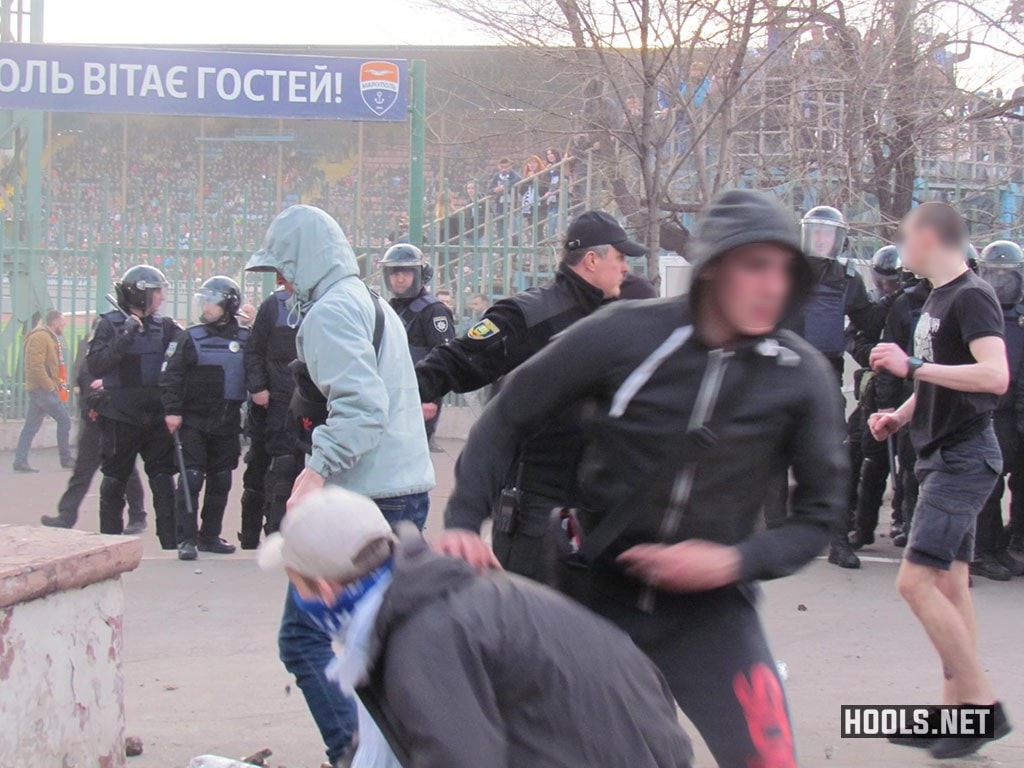 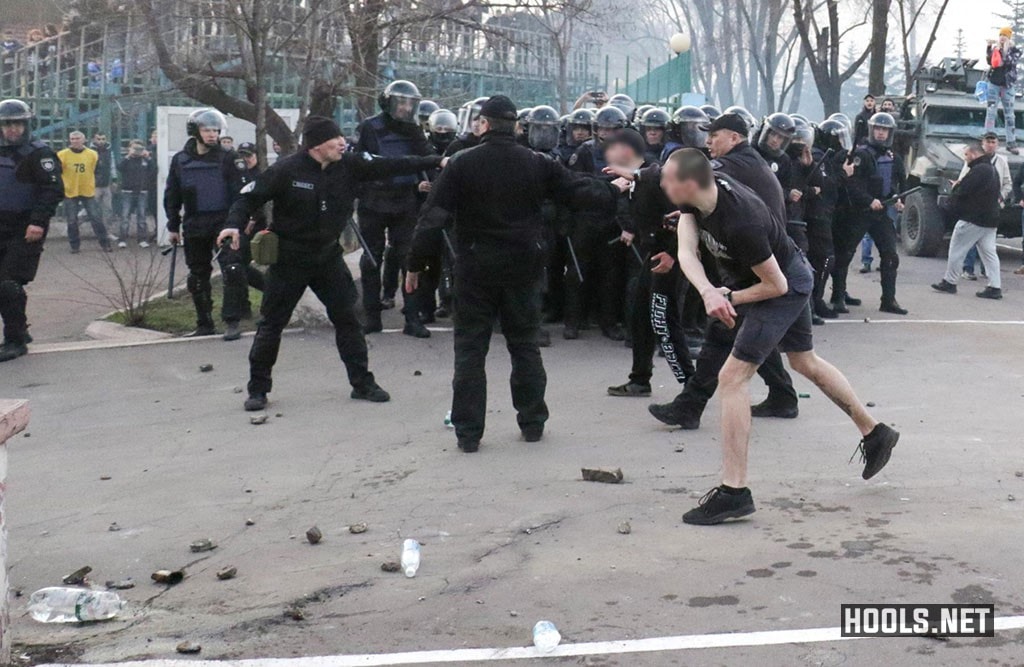 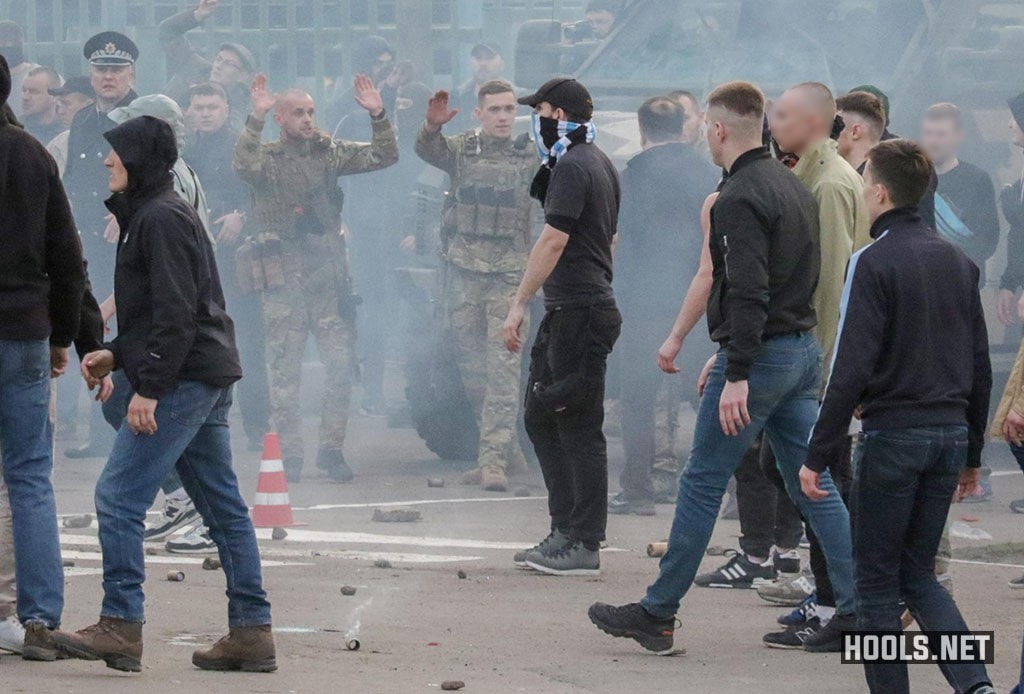 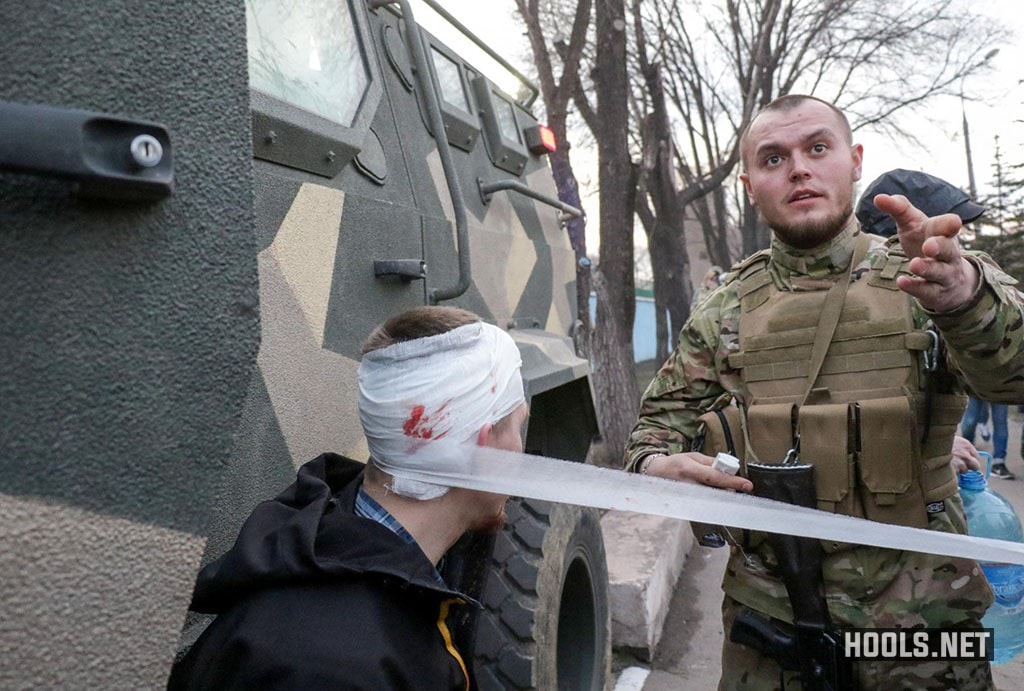