Trouble broke out again near the Queen Victoria Pub in the Old Port area.

A group of about 20 Russian (Lokomotiv Moscow) hooligans attacked fans from England. 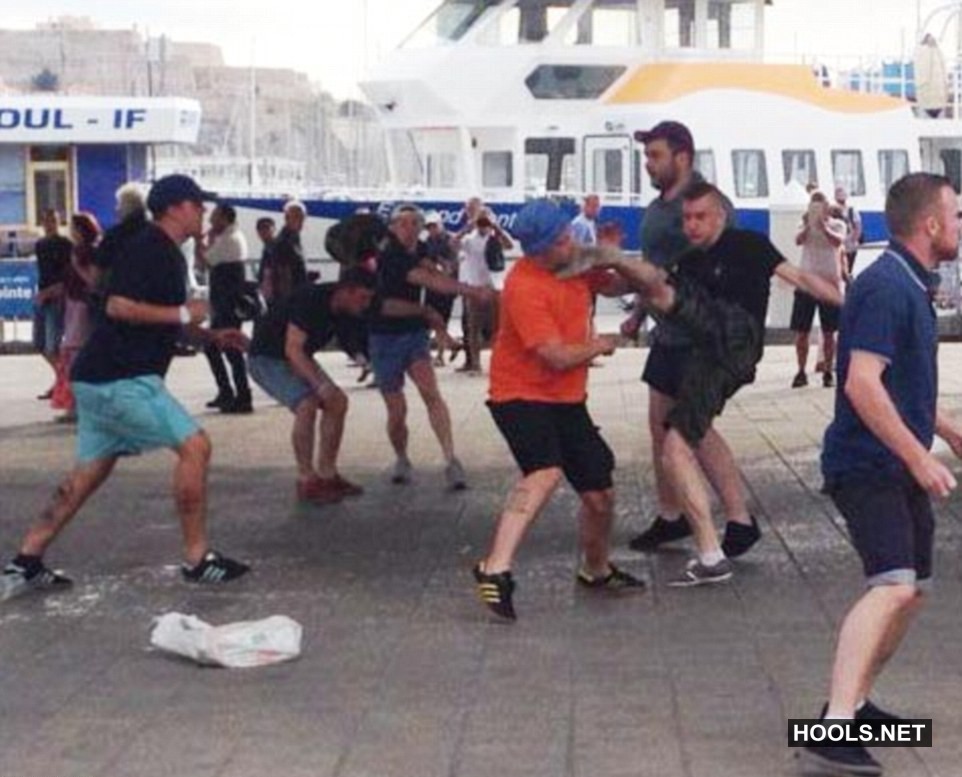 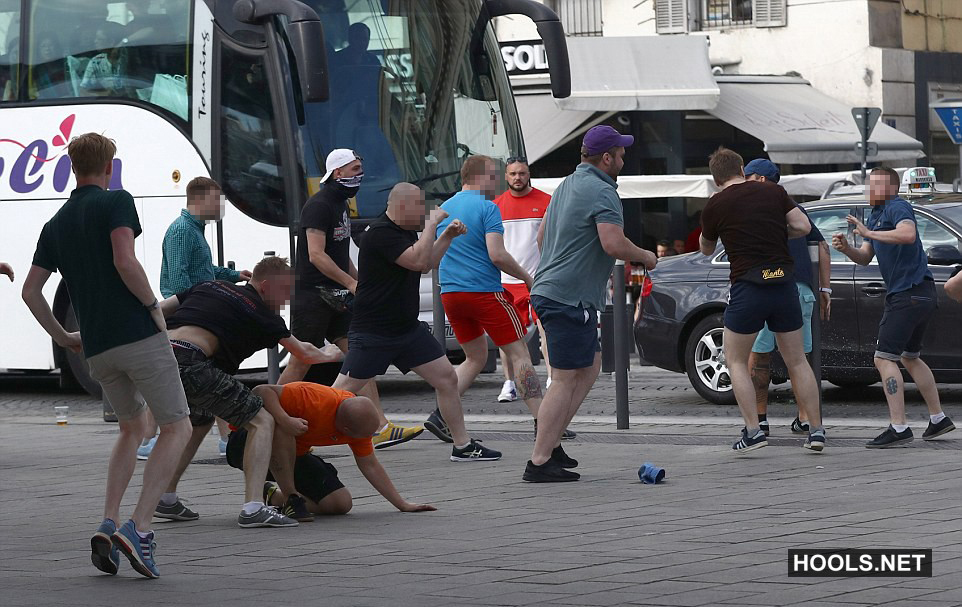 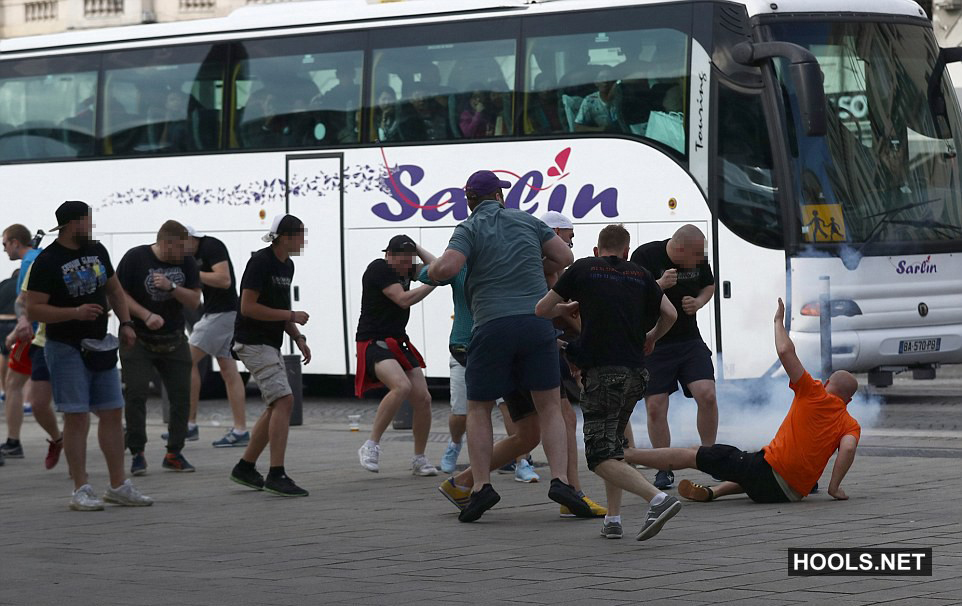 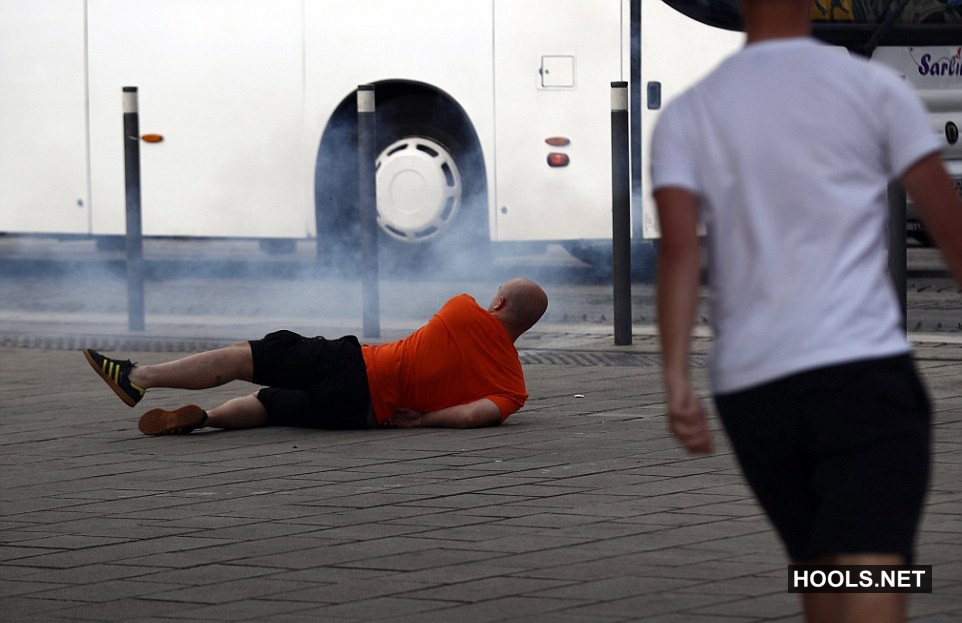 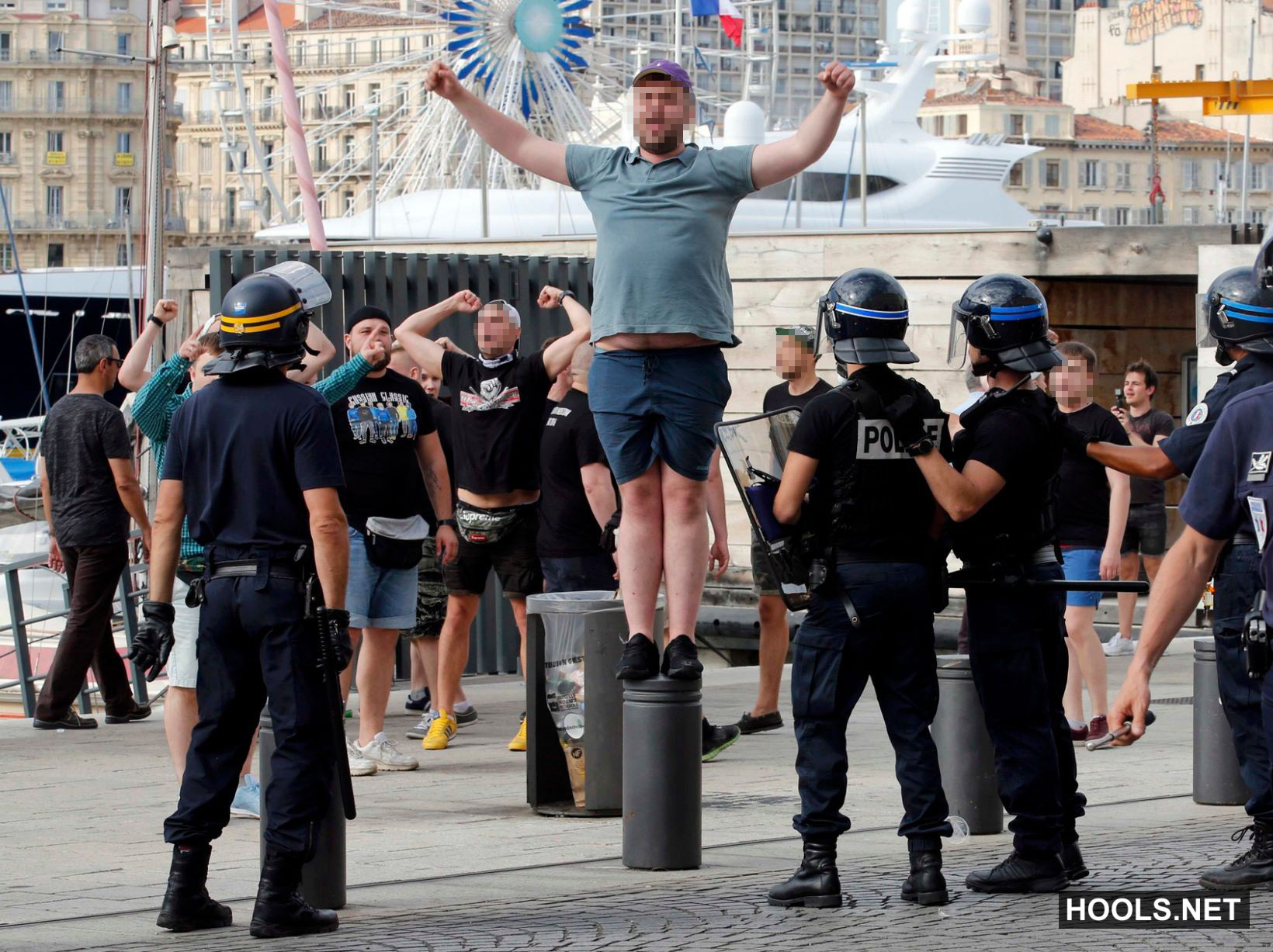 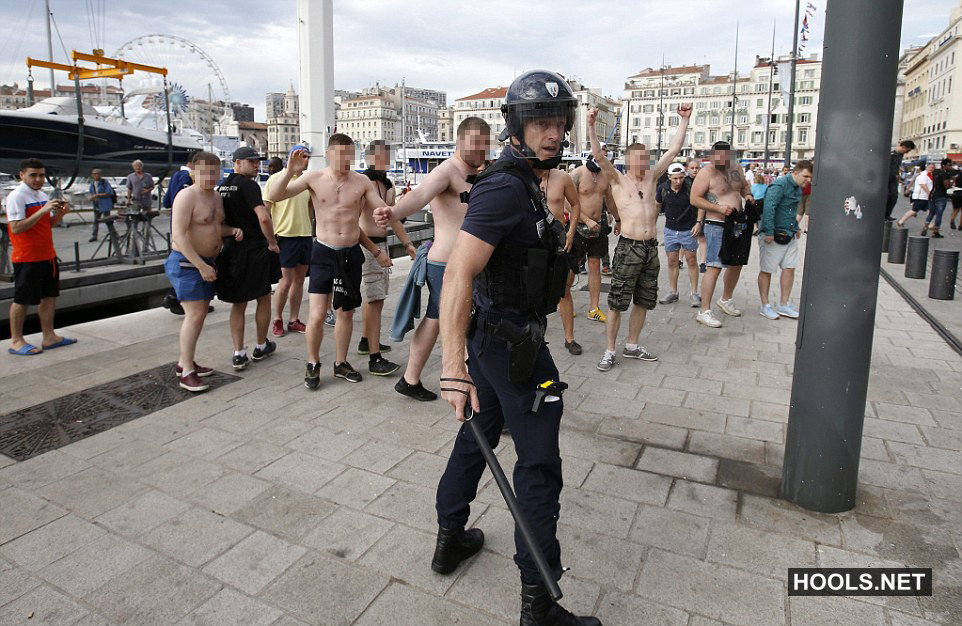 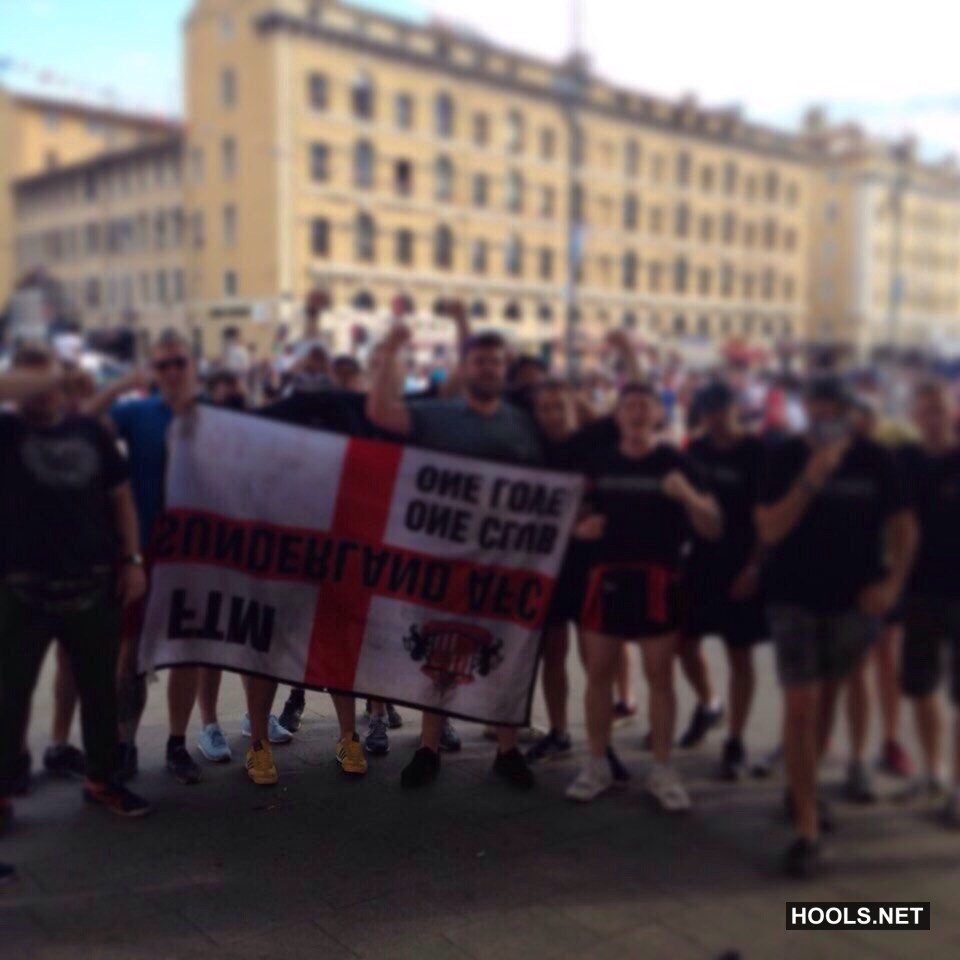 Shortly after the fight with the Russians, a group of England fans clashed with locals. One England fan, wearing an orange t-shirt, was beaten the locals after being separated from his group. Then they threw him into the sea. 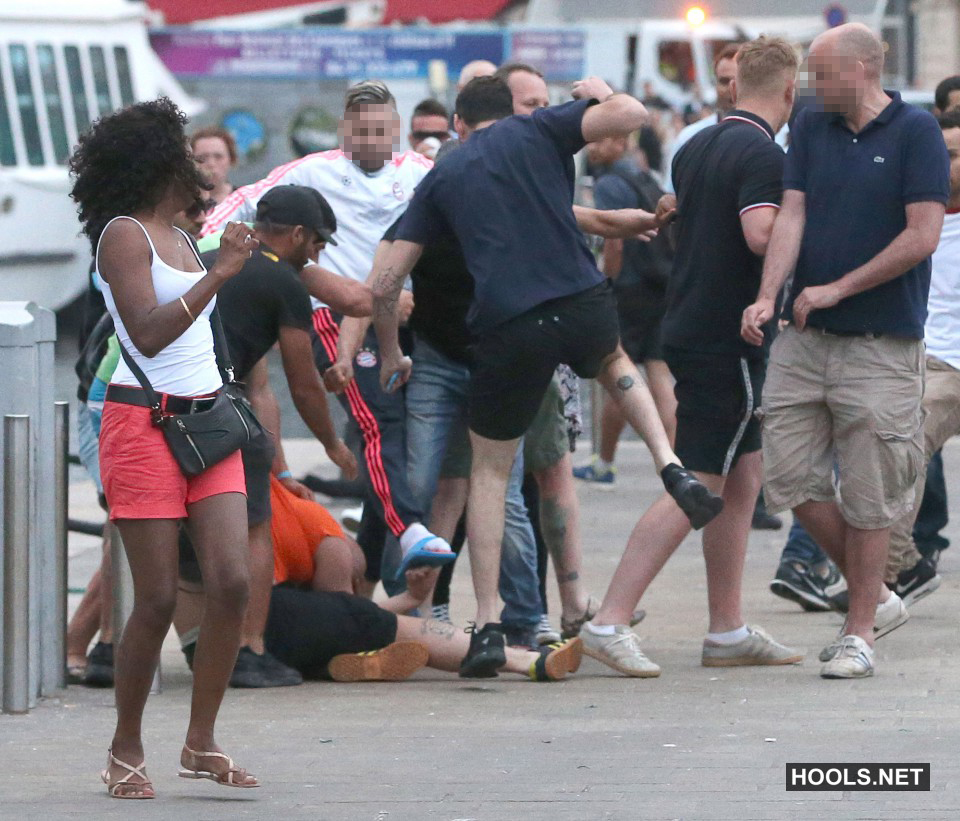 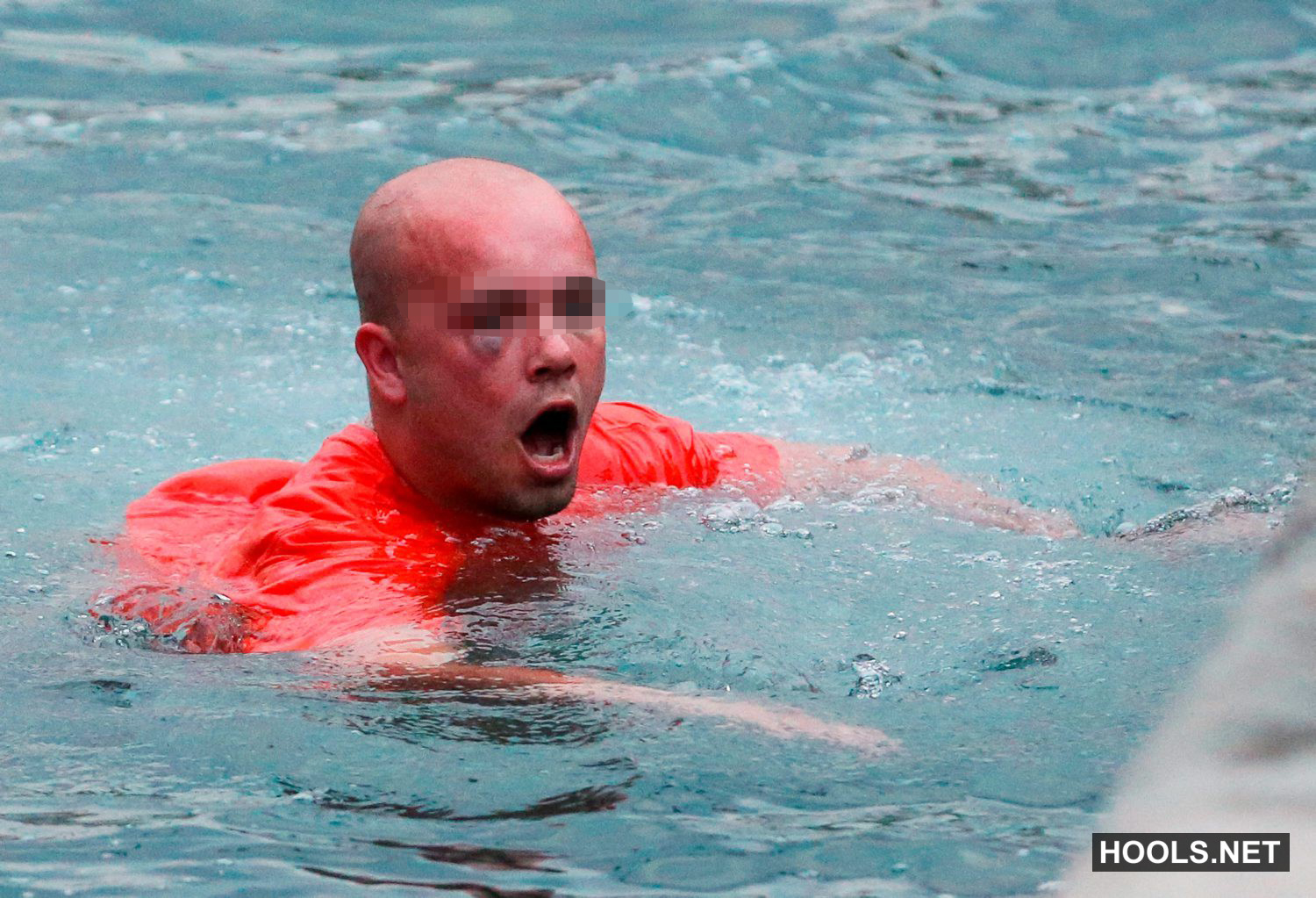 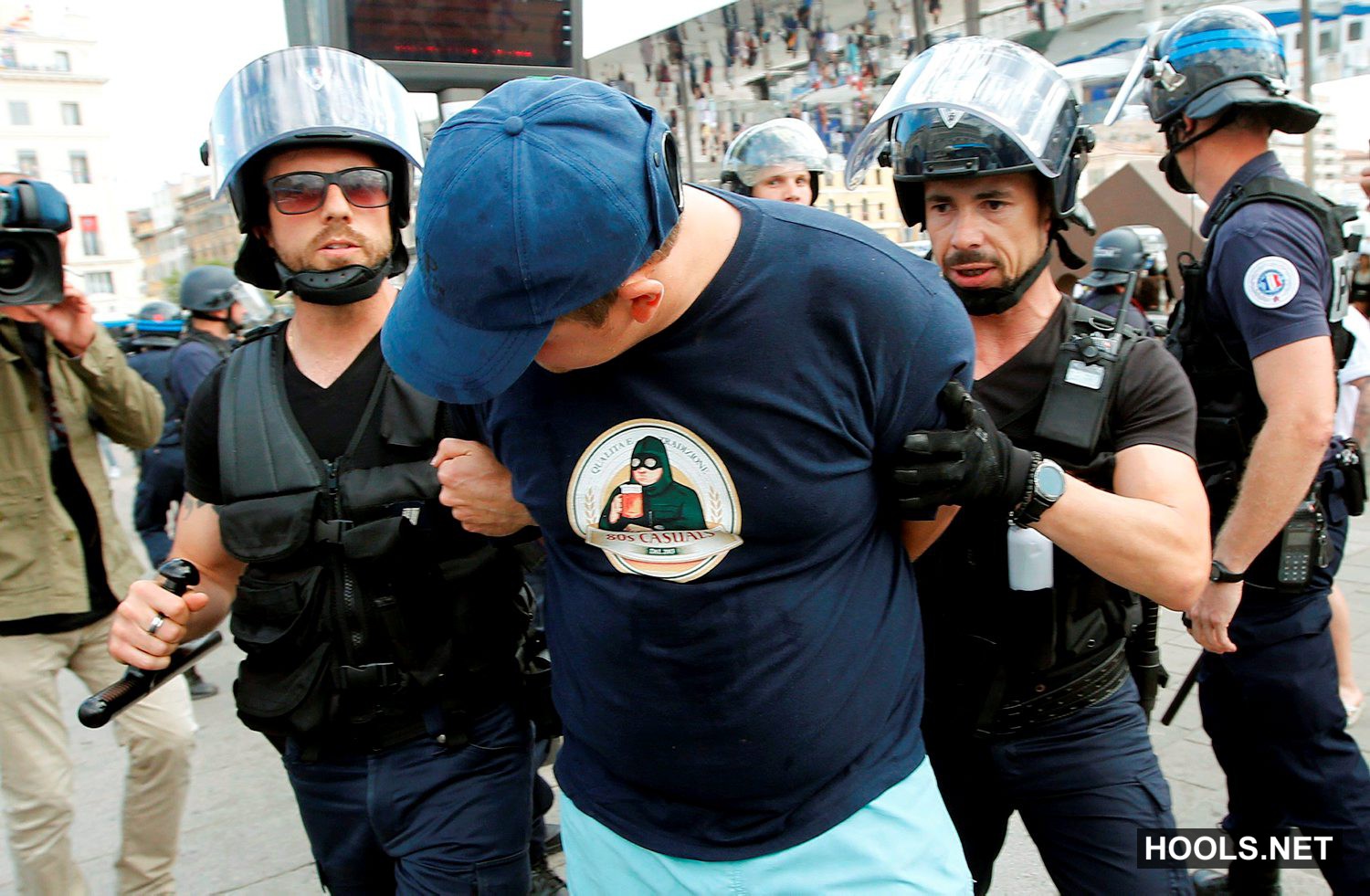 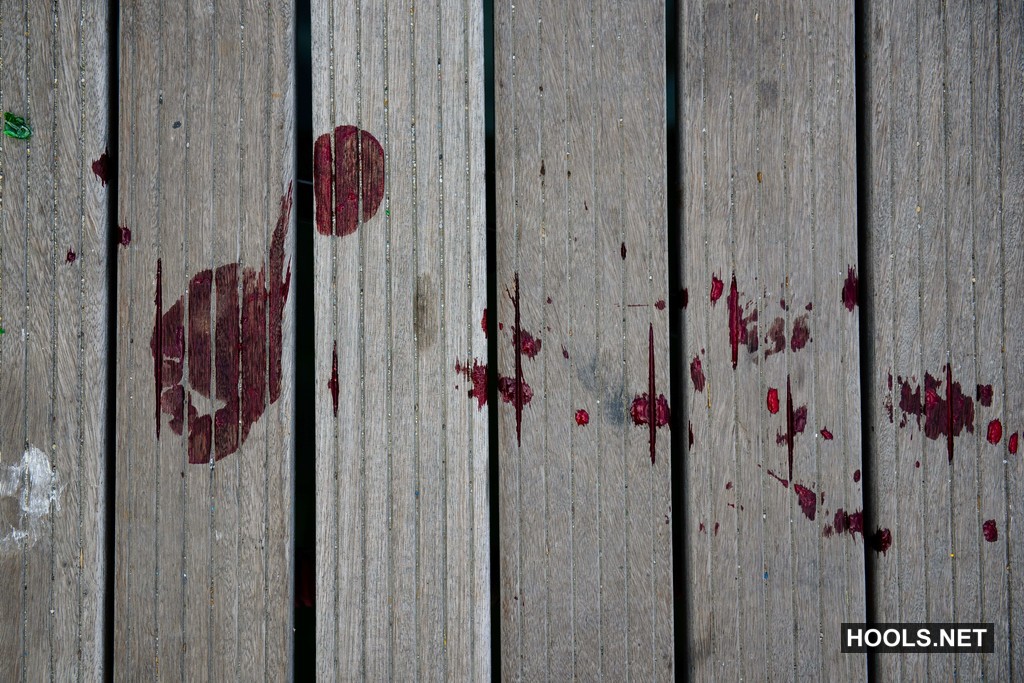 At least two England fans were taken away in handcuffs. 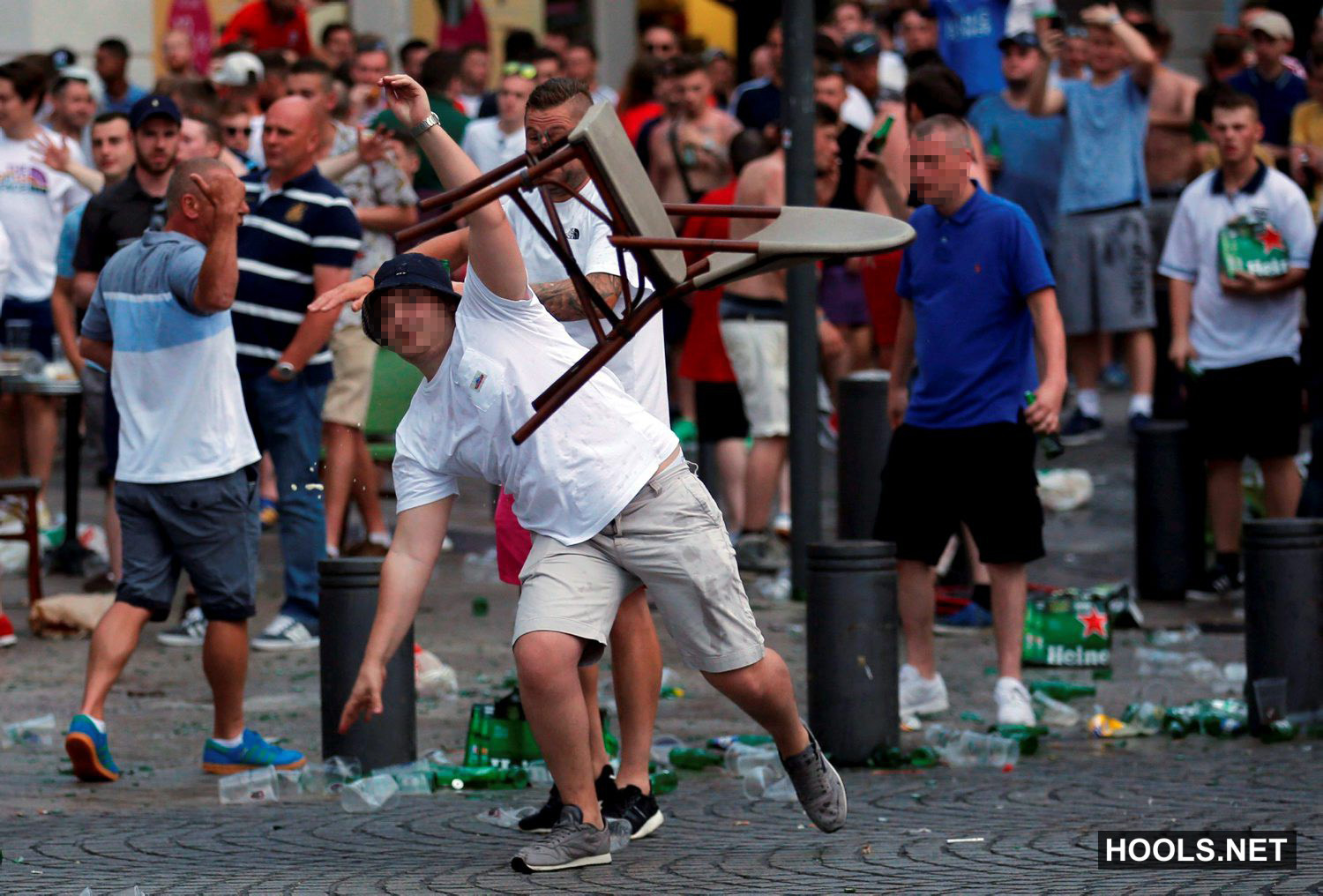 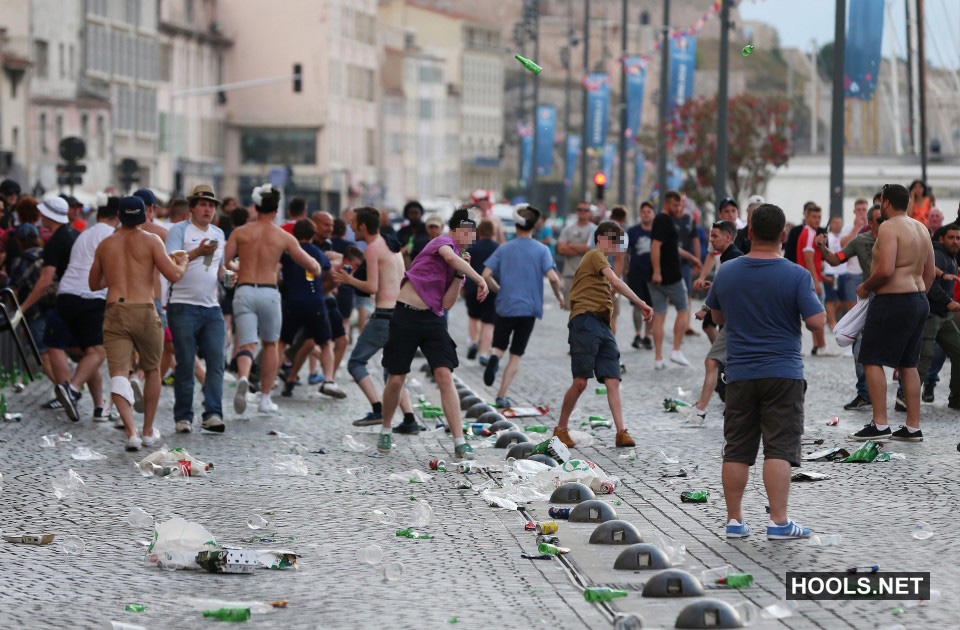 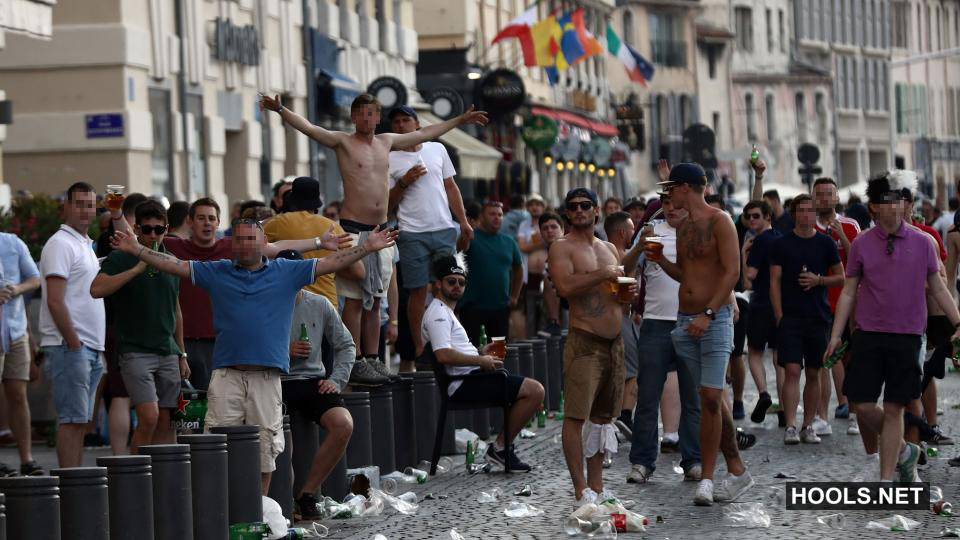 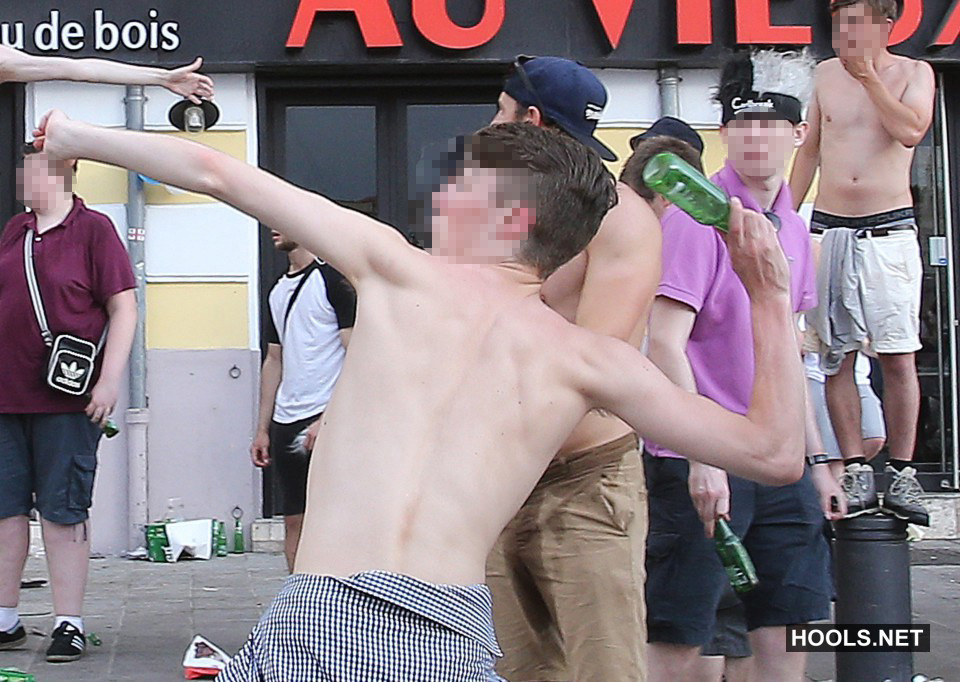 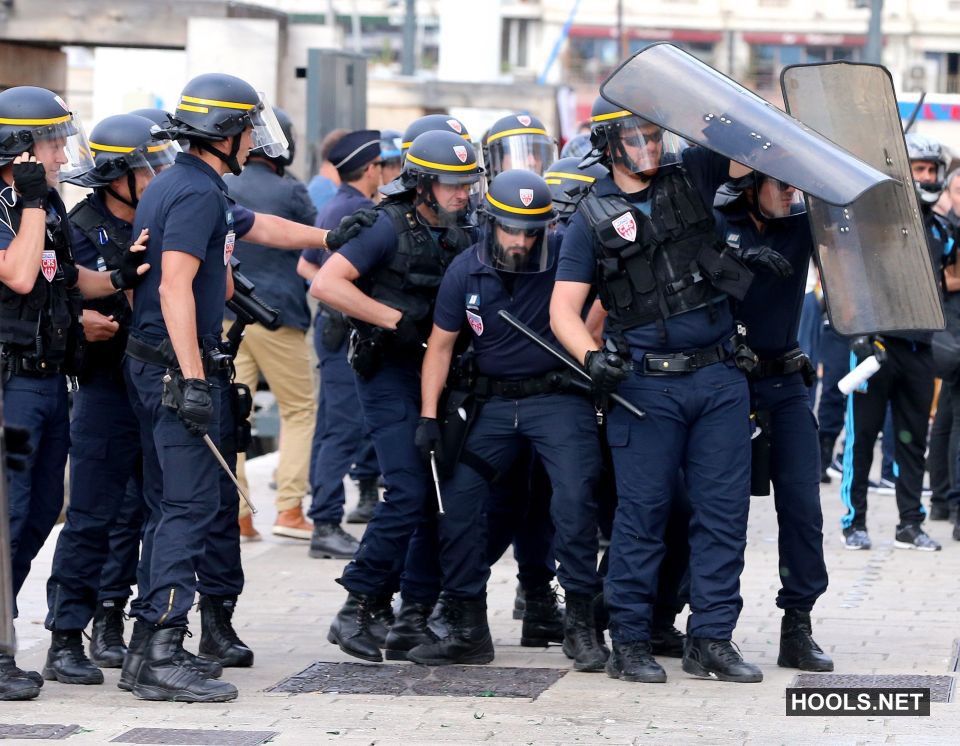 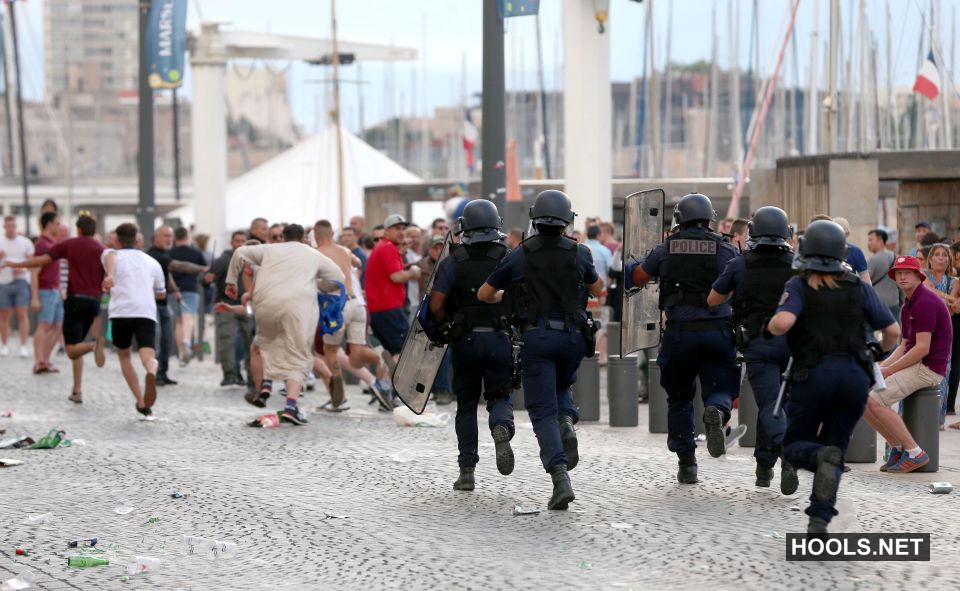 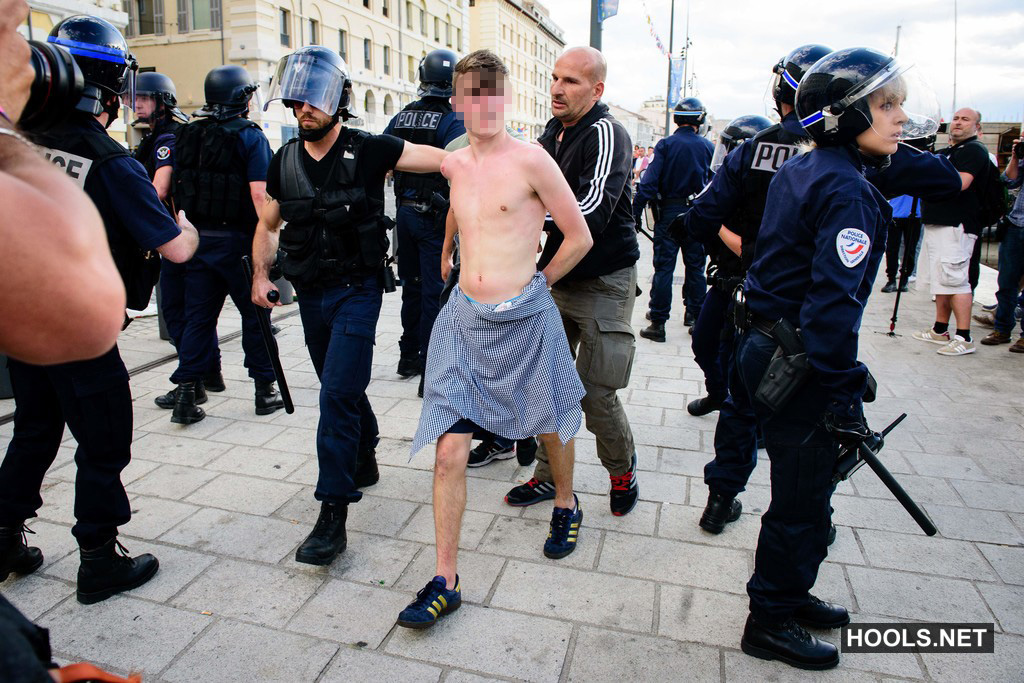 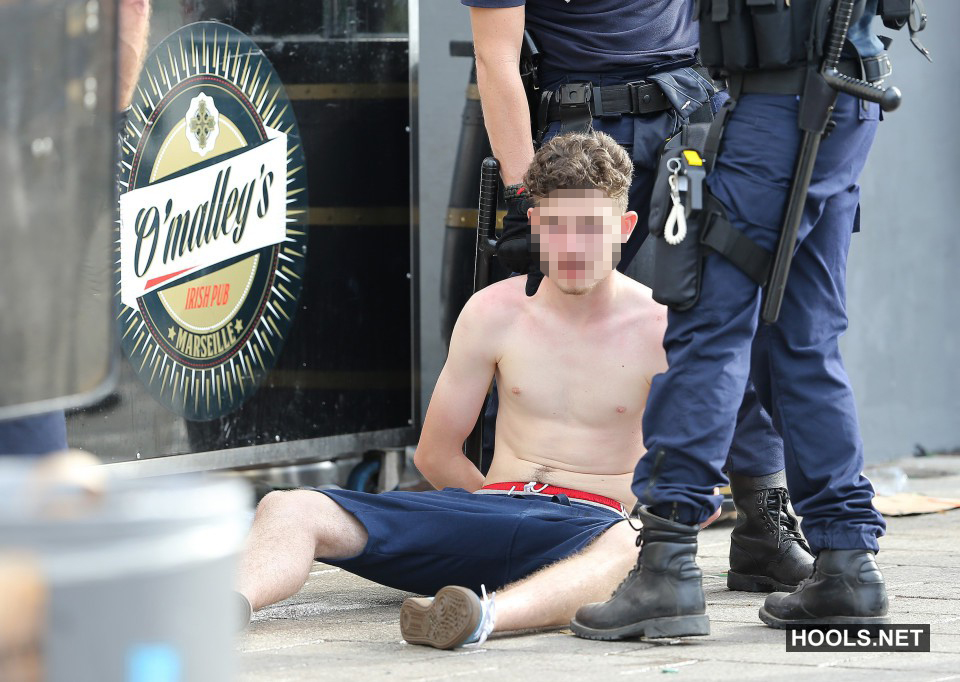 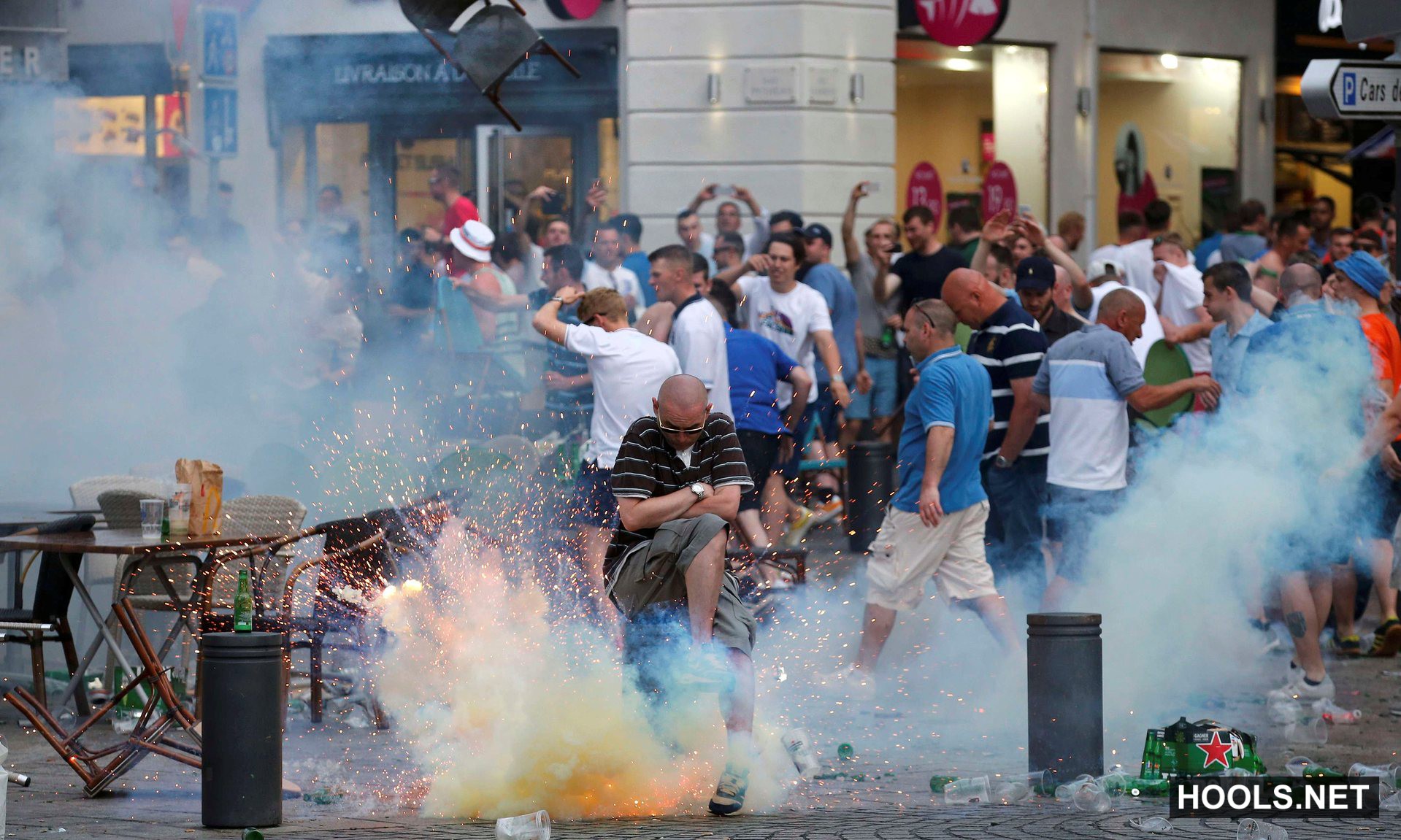 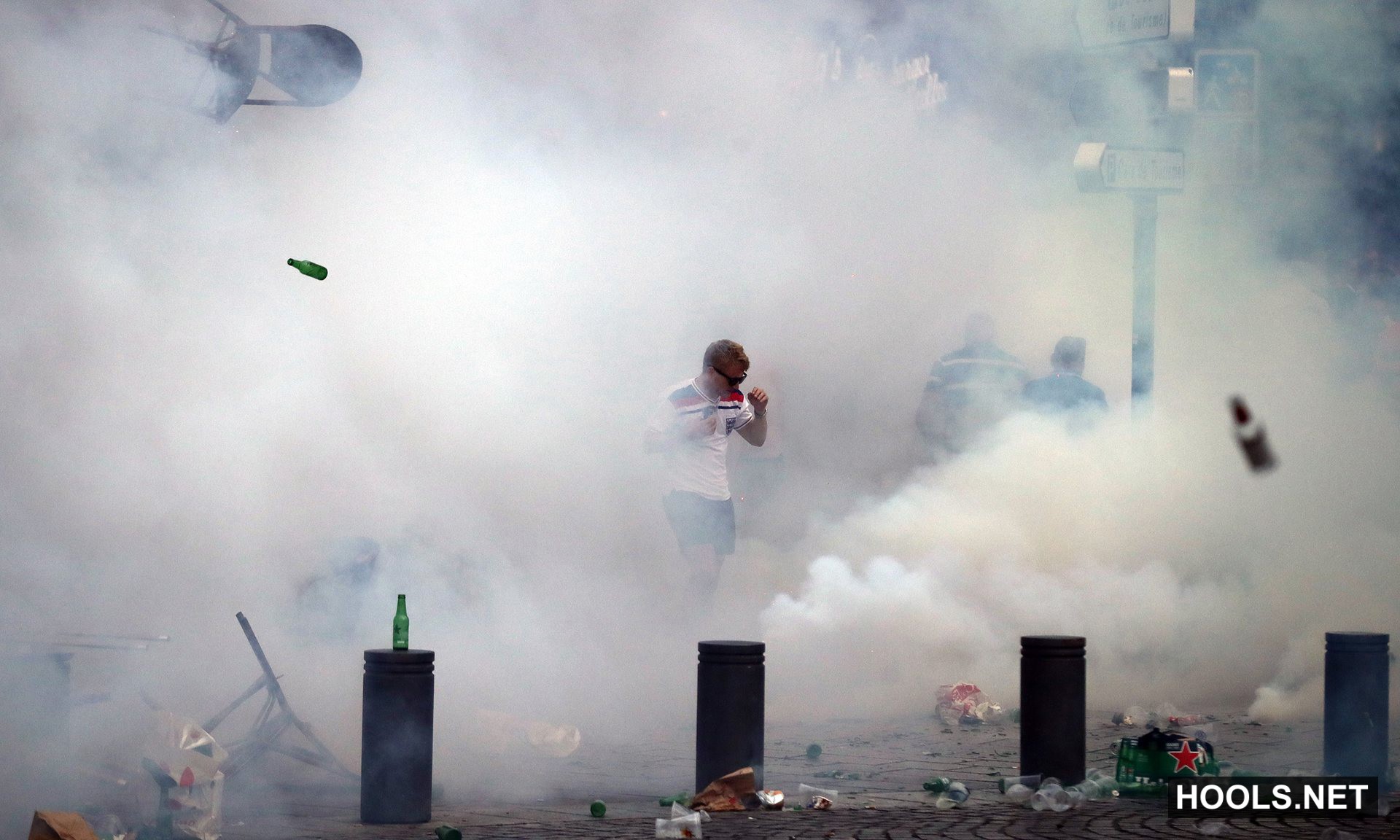 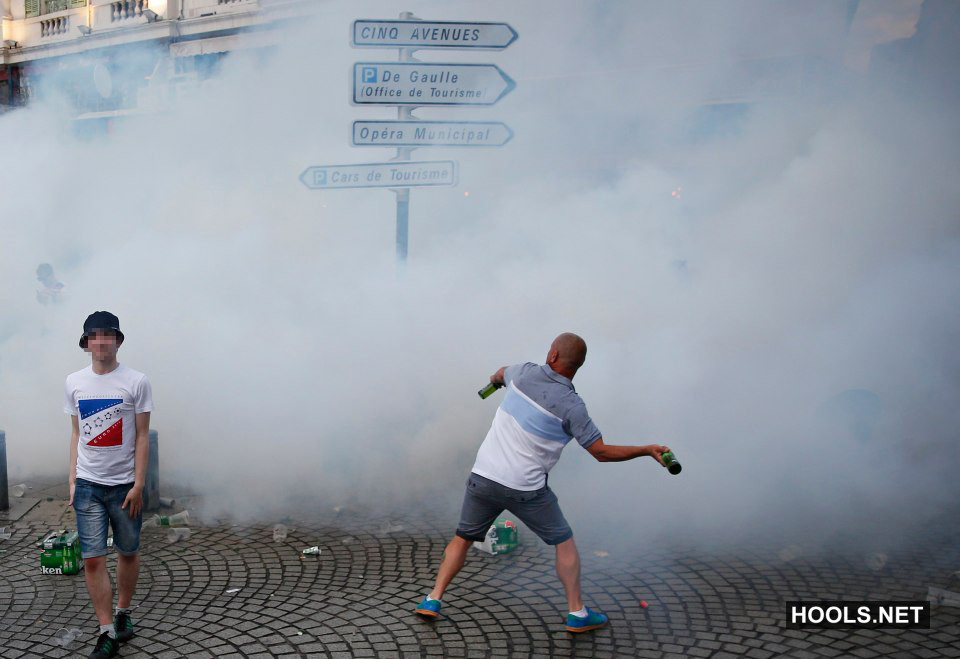 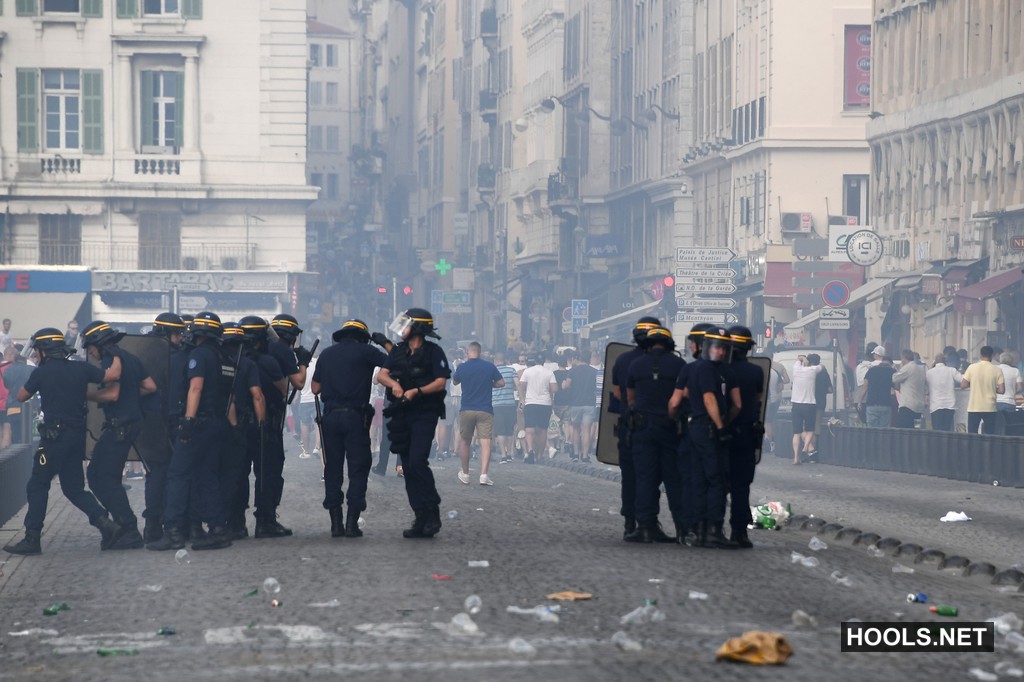 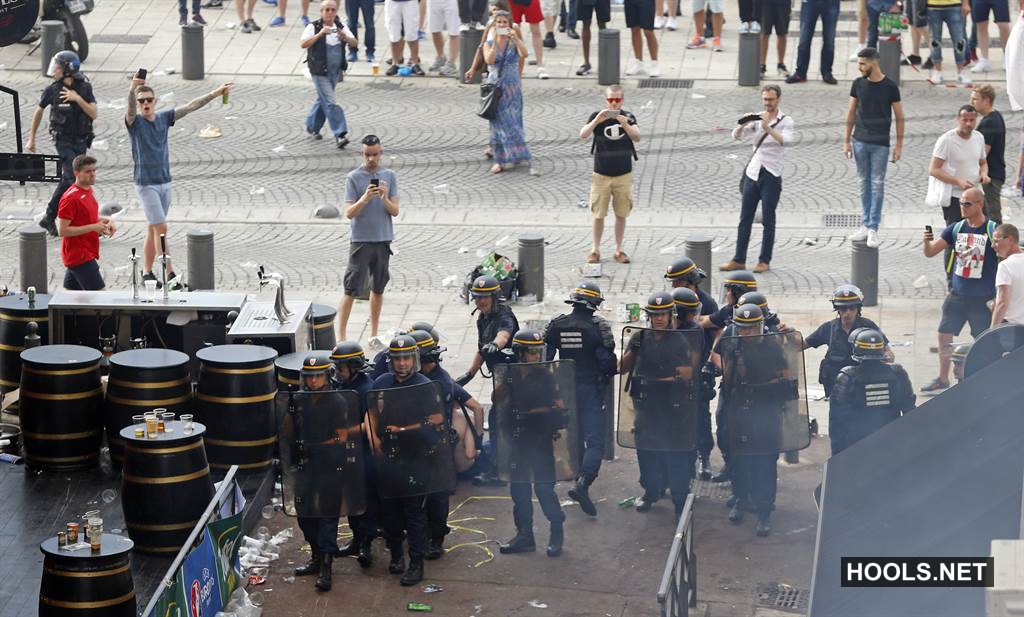